A Walk Around the Walls of Rome

Every weekend here in Rome is a long weekend, because we only have class Monday thru Thursday. So after our tour of La Sapienza on Friday, on Saturday we went to see the Baths of Diocletian museum and the Crypta Balbi museum. We also saw the church that’s built into part of the baths and that was having a weird exhibit on Galileo. At the baths is an extremely large and extremely boring museum of epigraphy (sorry to all you classics majors), essentially a museum full of pieces of marble with stuff written on them in Latin. After we suffered through that and glanced vaguely at the wing about early Roman/Etruscan daily life, we found the part of the museum where you actually get to go into a room of the baths. It was awesome! The room was labeled Aula X, and it was originally one small room of the immense complex, and is now the only part open to the public (or at least open that day). See the picture.

The Crypta Balbi museum had a small section on daily life in Rome through the ages, with currency, pots and earthenware, and other small artefacts–fairly interesting. The Crypta Balbi itself is not a crypt but an open courtyard that was attached to the Theater of Balbus, built in Republican times. The theater is gone but some of the crypta is preserved in the underground parts of this museum, former Renaissance palace, church, etc. One particularly interesting model showed all the buildings that had been built on the site standing at the same time. At any rate, we managed to get to visit the preserved part of the crypta itself; it wasn’t too impressive, actually, just the remains of some latrines and aqueducts and rocks, and the worst part was the guide who spoke only Italian. She talked incessantly during the walk around the underground part, and Sara and I only understood a fraction of what she said. It was also cold and damp. Oh well! That’s archaeology, I guess. Below: the church of S. Maria dei Angeli e dei Martiri, built into the Baths of Diocletian; the baths; and the Crypta Balbi. 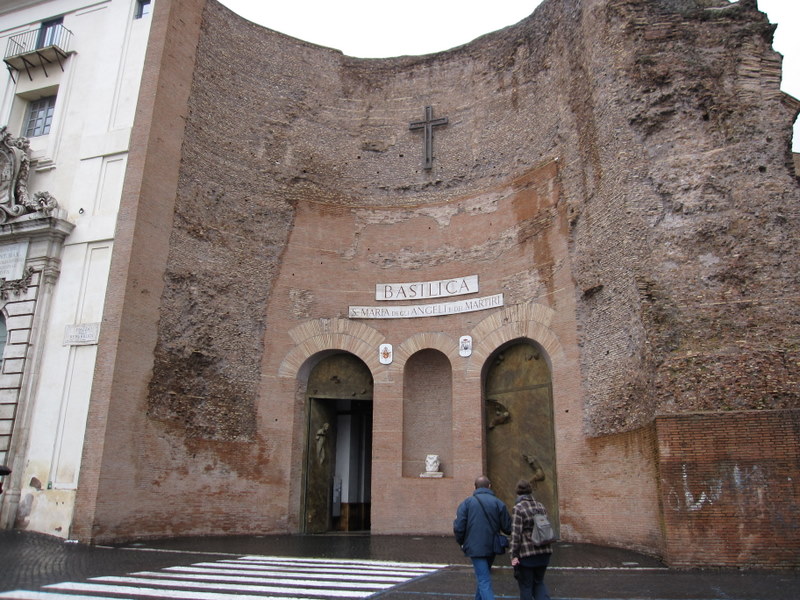 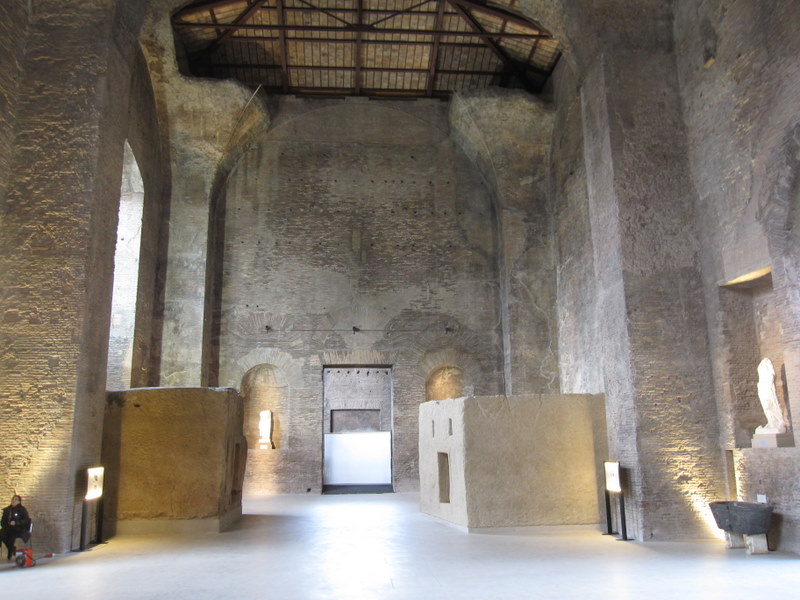 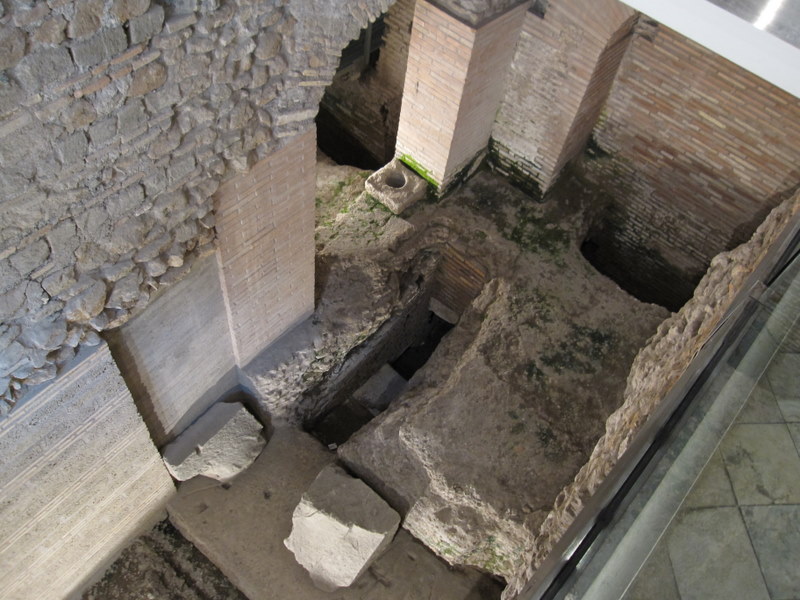 Sunday the 25th we and over 100 other Temple Rome students met at St. John’s in Lateran for the traditional Wall Walk led by my professor, Jan Gadeyne. We follow the Aurelian walls all the way around the city, following the papal walls at one point near the Janiculum hill, where we had lunch. The walk takes 8 hours and is about 13 miles long. Unfortunately, I think I stressed my ankle too much on the way and now I’m hobbling around on it, but I did get to see all of Rome in one day! Pretty amazing. Professor Gadeyne is really funny and interesting so I’m glad I went; it was also interesting to see the neighborhoods outside the walls, where most Romans live today. Below: a preserved section of wall in the neighborhood of San Lorenzo; and the Appian Gate (the Porta Appia, marking where the Appian Way enters Rome). 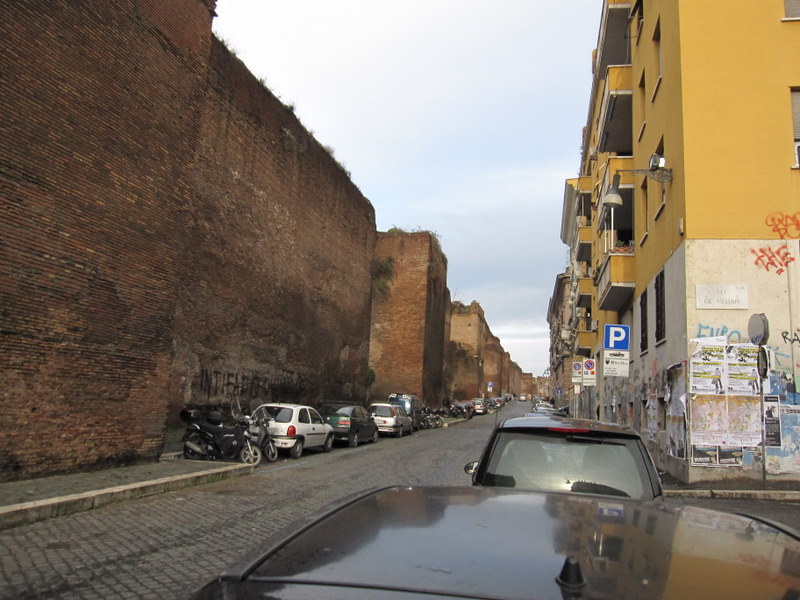 Now it’s Monday and back to classes. Time for interesting facts about Rome: They show YouTube videos on the subway… You know that one with the slinky cat that slinkies its way down the stairs? And the “stalker cat” one where the cat moves only when the camera isn’t on it? Yes, both of those show on a continuous loop with car commericals and anti-racism ads on the metro. They also play really bad American pop music in the metro tunnels (the underground hallways between the stairs where you enter and the station itself): songs like Spice Girls and Shania Twain. Also: pizza with anchovies is really good. I pointed to some pizza today and the woman gave me a second look and told me it had fish on it (pesce), I said ok, and it turned out to have anchovies on it. Pretty good! Also: making woodcuts is hard work. Mine turned out ok for my printmaking class; I’ll find out tomorrow what the instructor thinks.