Hello readers! First of all, thank you to everyone for the numerous kind birthday wishes I received on Wednesday (my 21st birthday). Although I didn’t do much to celebrate, we did bake a pear crisp that only burned a little bit, and went out for dinner to a Mexican restaurant, a rarity in Rome. It was great to have some salsa for a change!

This week (Feb. 9-12): I didn’t have any class on-site trips, so I don’t have any photos from that, but I do have good news! I’m definitely going to Tunisia for spring break, and I now have train reservations for all but one of the trips I’m planning to take. Sara and I are going to Pisa, Sicily (Palermo, Agrigento, Catania, Syracuse), Venice, Milan, and Florence for sure, and are planning to go to Orvieto but we couldn’t make the reservations so far ahead. Also this week I made my first drypoint engraving. It’s not finished yet so I don’t have a photo of that, either.

What I do have photos of is my walk around the Aventine Hill today! Both of my roommates are in Naples this weekend so I have three days on my own to explore. Today I toured the Aventine Hill, starting at the Circus Maximus and walking all the way up and around it then down to the Pyramid of Cestius. On the way I saw several churches, including Sta. Maria in Cosmedin, home of the apparently famous Bocca della Verita from the movie “Roman Holiday” (I haven’t seen it). It’s actually a Roman sewer cover. The photos below are the Circus Maximus, Pyramid of Gaius Cestius, Sta. Sabina (an early Christian basilica), and the Bocca della Verita from the portico of Sta. Maria in Cosmedin. 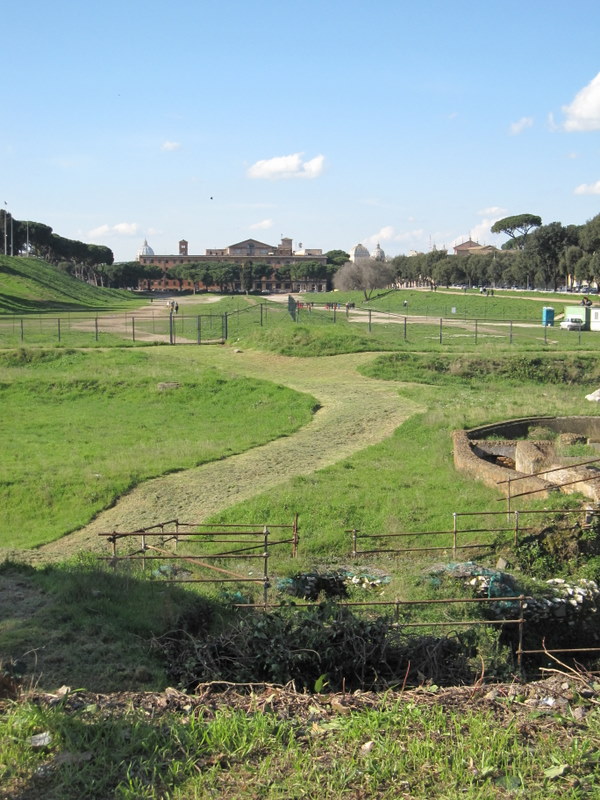 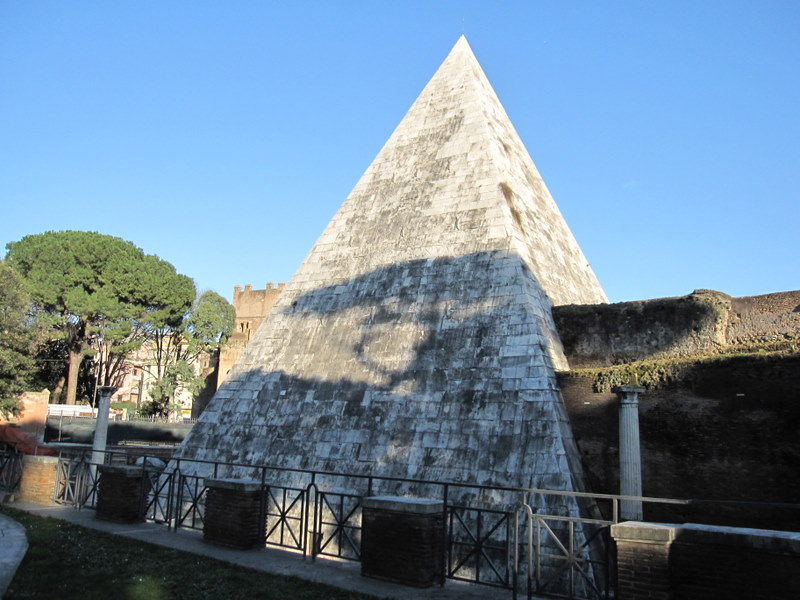 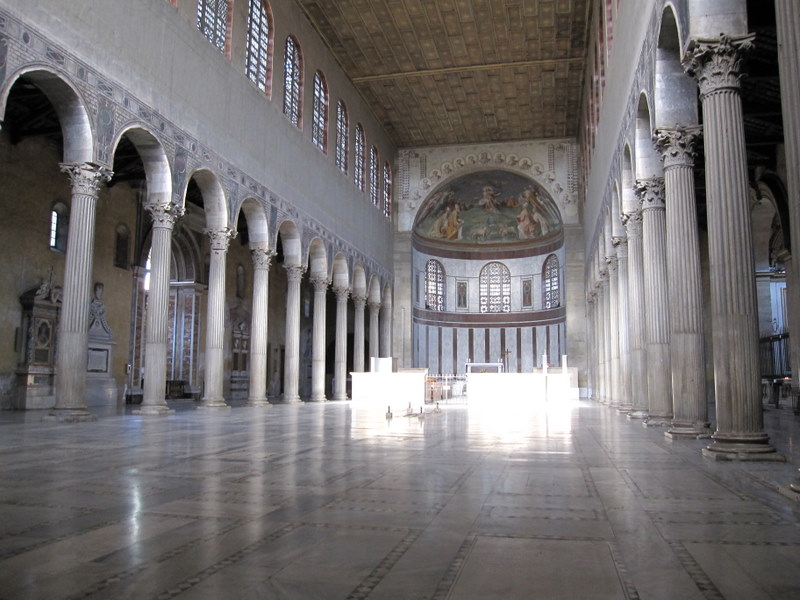 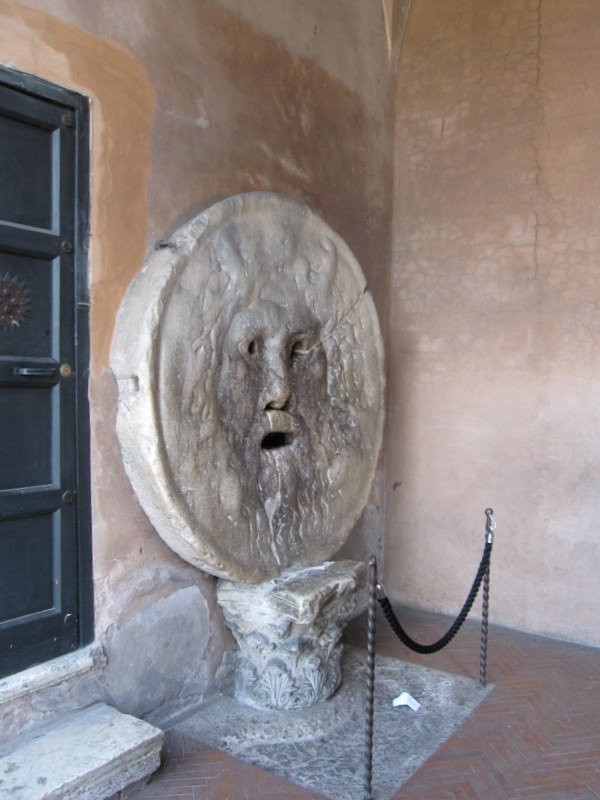 I also saw two Roman Republican temples (in the background of the photo below) and the Protestant Cemetary where Keats and Shelley are buried. Here’s a picture of Keat’s grave. I really wanted to find the tomb of Richard Krautheimer, a medievalist who wrote the book on medieval architecture that I studied freshman year, but I didn’t see it. 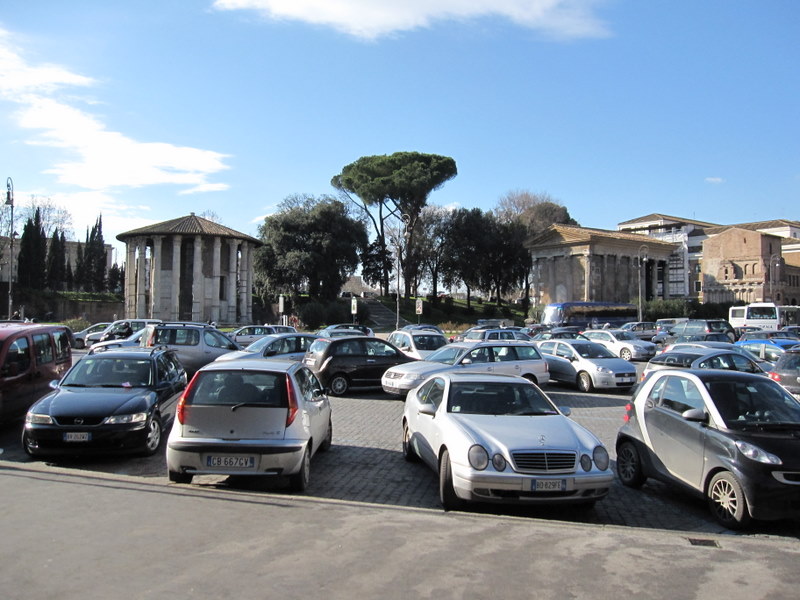 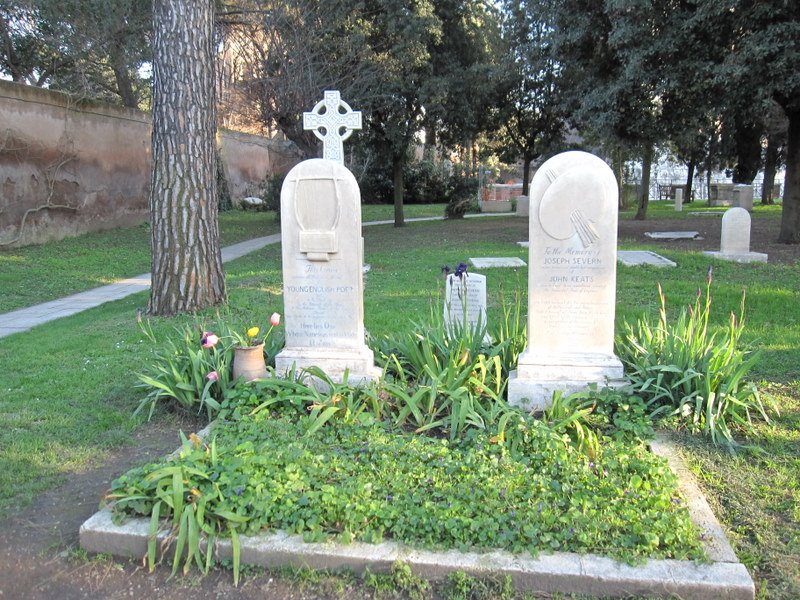 More tomorrow and Sunday! I’m basing my walking trips on information from the excellent guidebook “Not Built in a Day: Exploring the Architecture of Rome” by George Sullivan (coincidentally this blog’s title? Perhaps not…) and the Streetwise Rome map I take with me everywhere. I also use the Rome Moleskine notebook that has maps, etc in it, where I keep all my notes. Side story: I noticed an error on the Streetwise map, and also that the map company is from Sarasota, so I decided to contact them about the error and got a very nice e-mail back from the company’s vice president! I recommend their maps, especially for Europe, since they’re laminated so they don’t get wet in the daily rain showers.