I realized that I never posted any pictures of my apartment, so today’s post includes the stuff of everyday life here in Rome. You’ve already seen how I eat, now you can learn where I live! Here’s a photo of my apartment building: we’re on the third floor, which is the fourth row of windows up from the bottom. There’s a gym in the basement of our building that isn’t part of our apartment complex. And here’s our kitchen! It’s actually a closet: the door (flat against the wall) on the right can be closed to hide the kitchen area completely. Very strange. 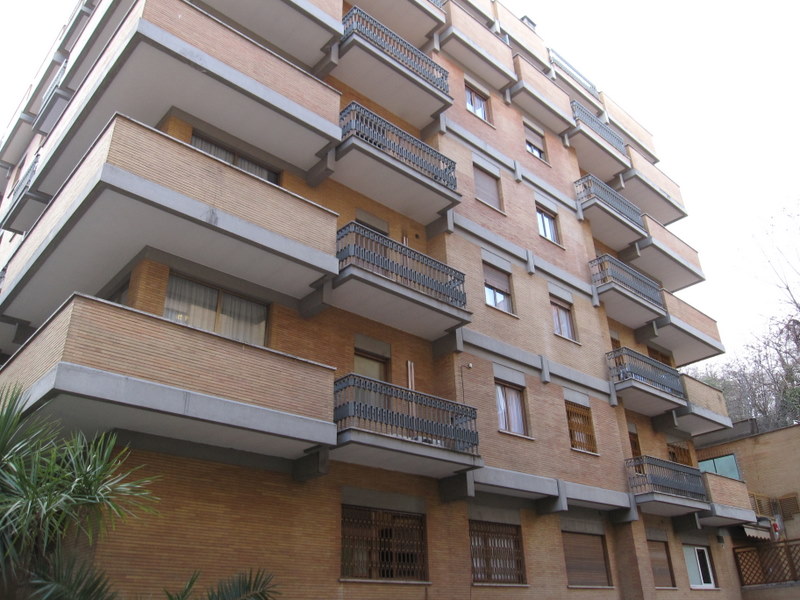 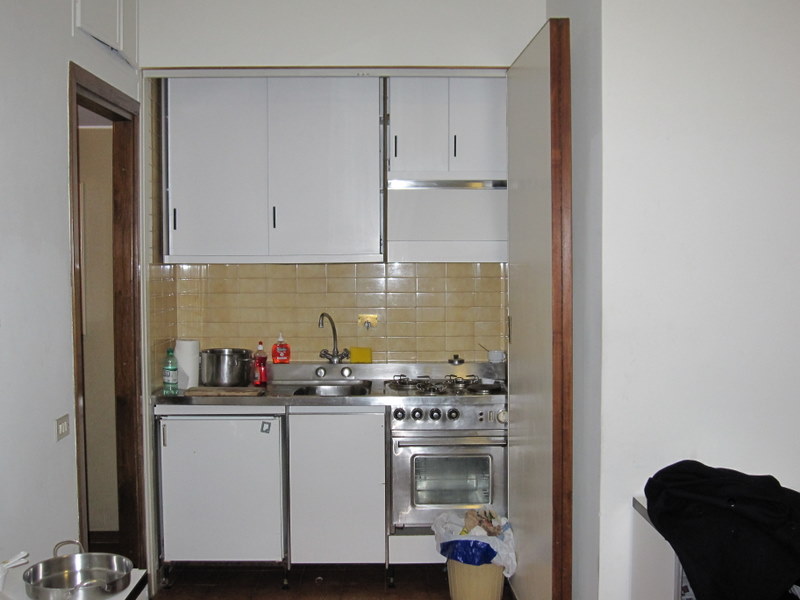 This magical sight? It’s from our bathroom, next to the light switch for the mirror! I’m not sure if this is a socket of some kind for an unusual appliance; it doesn’t seem to have any metal parts to supply electricity. At any rate, it’s nice to have some magic in the apartment.

Another common sight in Rome: cats! And you all know how much I like cats. Here are three I’ve managed to take pictures of so far. One is in the Forum Romanum; one is in the Vatican Museums (in a courtyard); and one is from the day-trip to the Via Cassia (near the amphitheater). Added 2/22: a cat from the Spada Gallery. 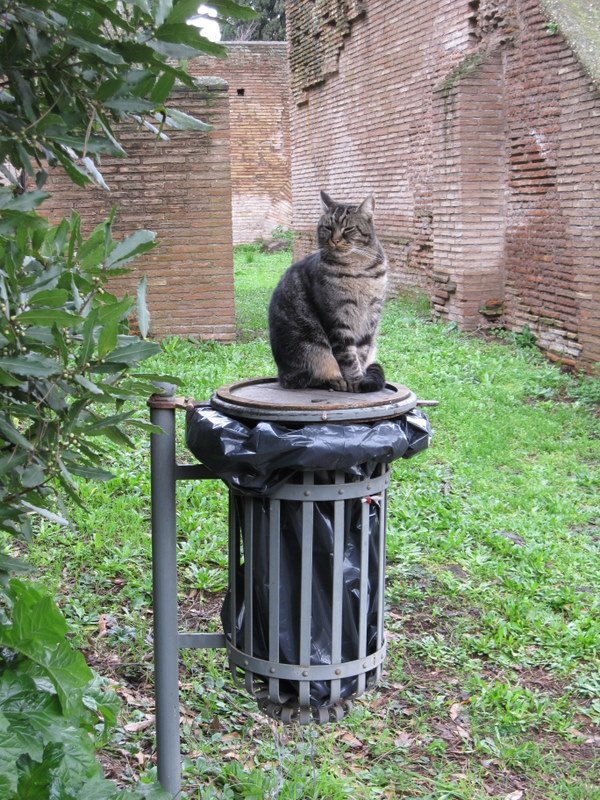 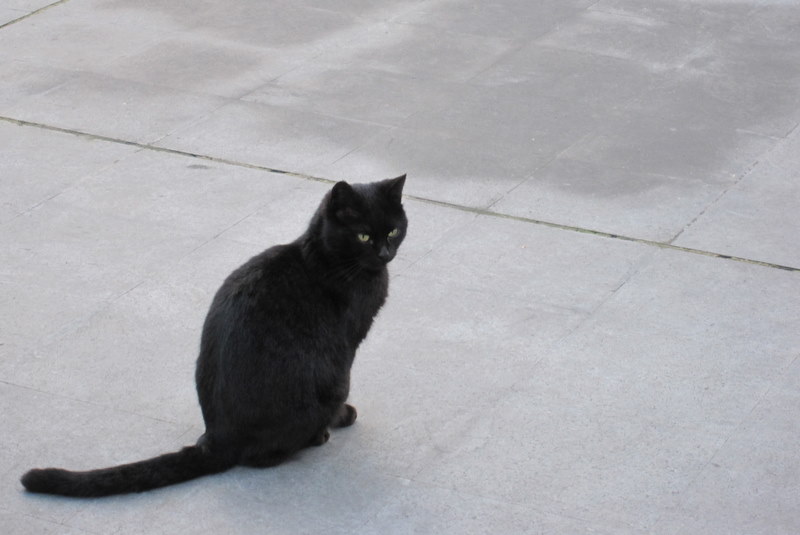 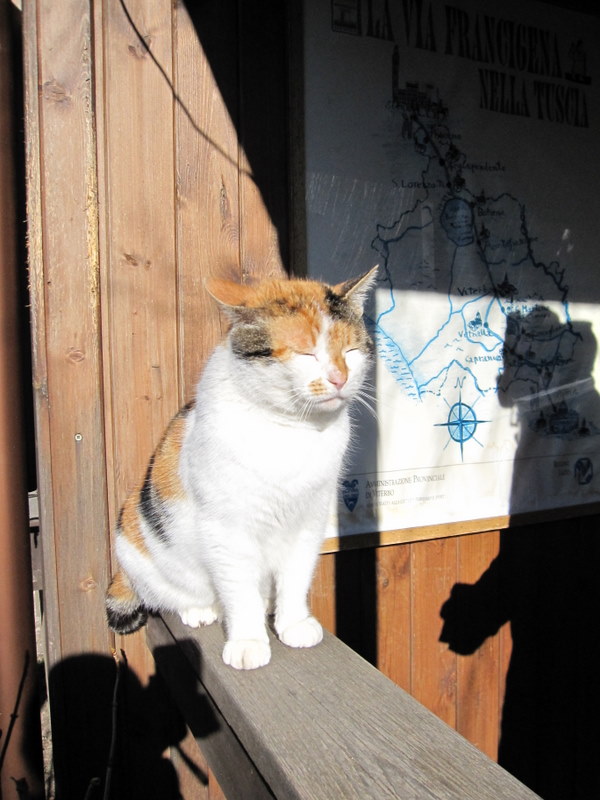 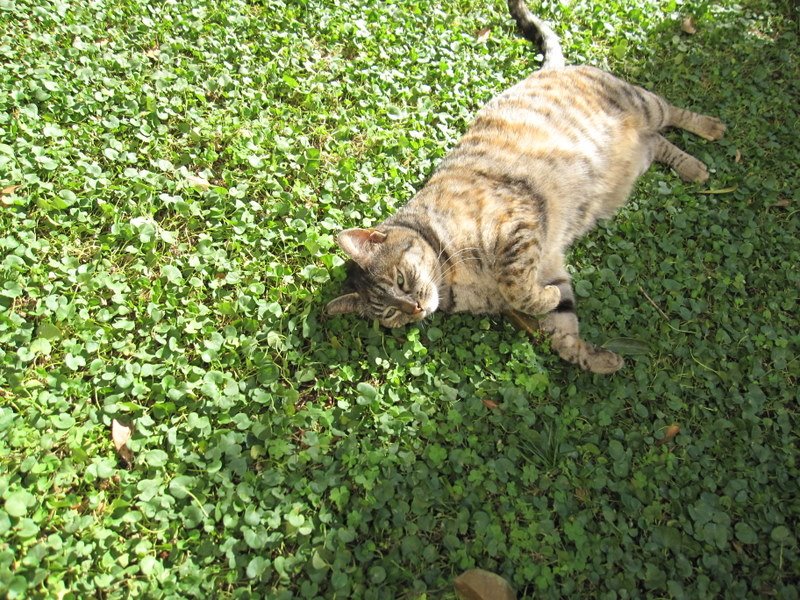 And, last but not least, funny sights around the city. 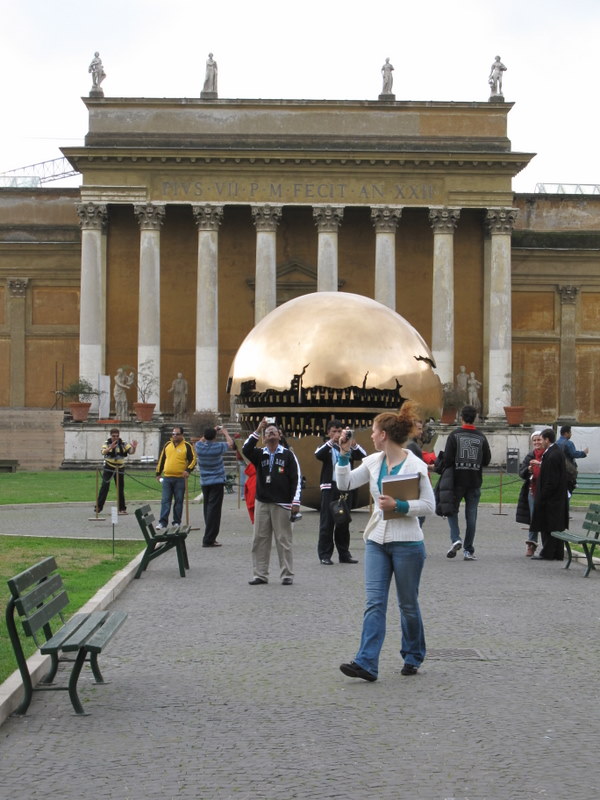 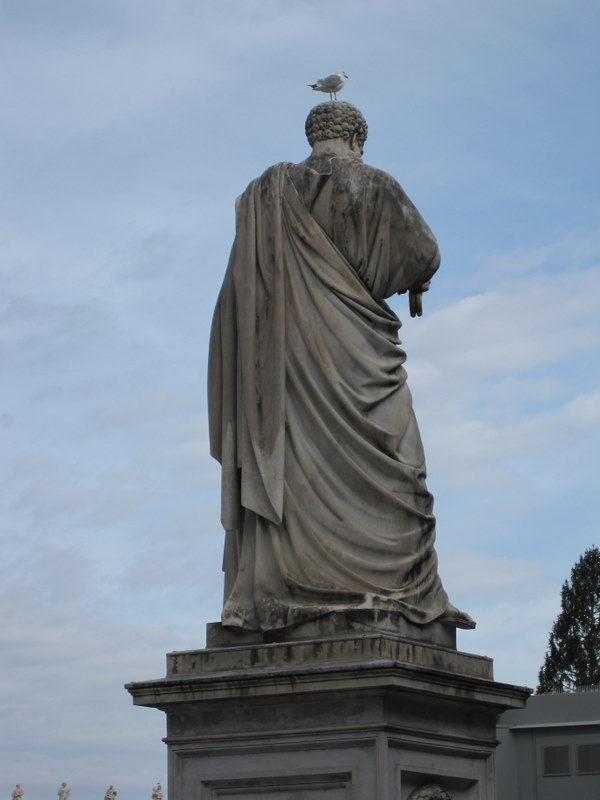 These first two are courtesy of the Vatican. The first image: The Death Star? A good guess, but this is actually a modern sculpture of some kind for the Vatican Museums. The second: Yes, that’s Saint Peter of St. Peter’s Basilica fame. This is the statue of him right outside the basilica. It’s also a convenient perch for the numerous seagulls. Rome has both seagulls and pigeons. 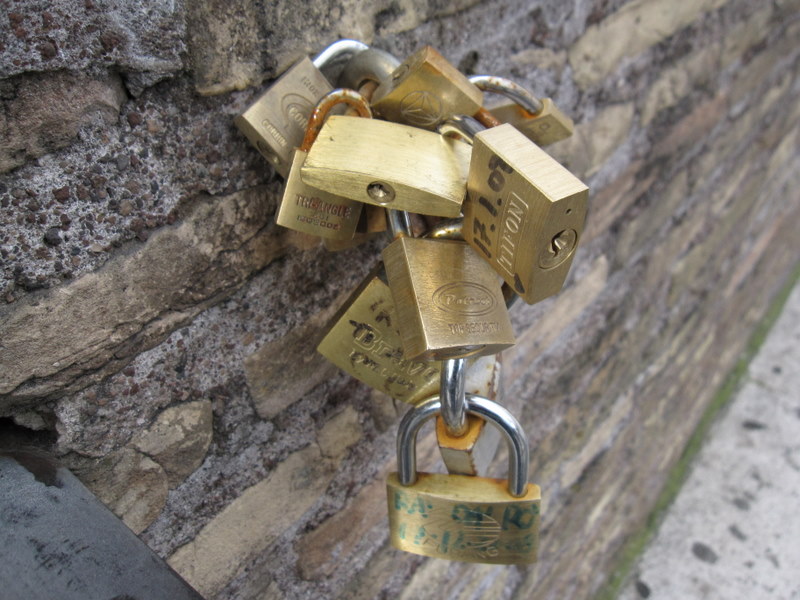 This is a bunch of locks. Why locks? Apparently there was a popular teen movie a couple years ago that showed the main characters putting a lock on one of the bridges of Rome to symbolize their love. So now all the teenagers in Rome put padlocks on the bridges. Apparently there were so many locks on the original bridge (the one used in the movie) that the grating on which all the locks were hung fell off into the river! Now there are special posts installed on that bridge for the locks. The other bridges, however, don’t have any posts, so locks get put wherever they can possibly go.

Rome also has some of the best graffiti: 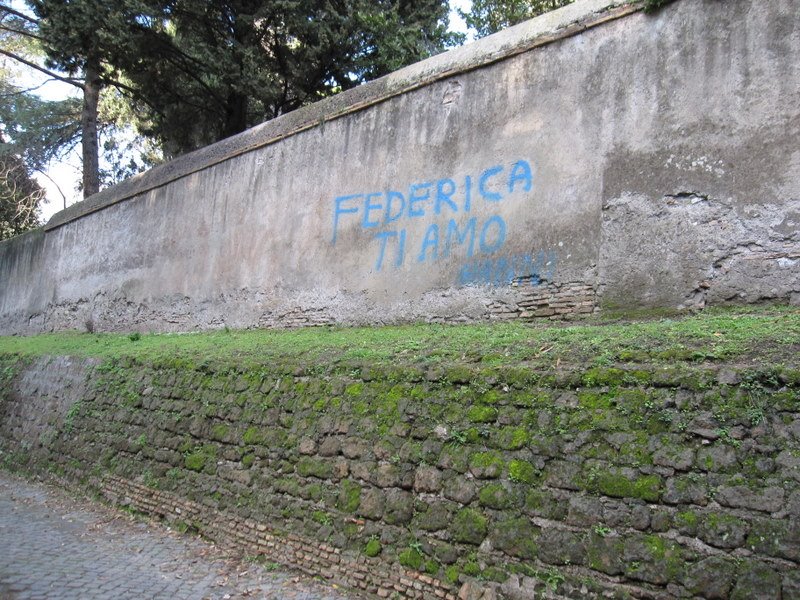 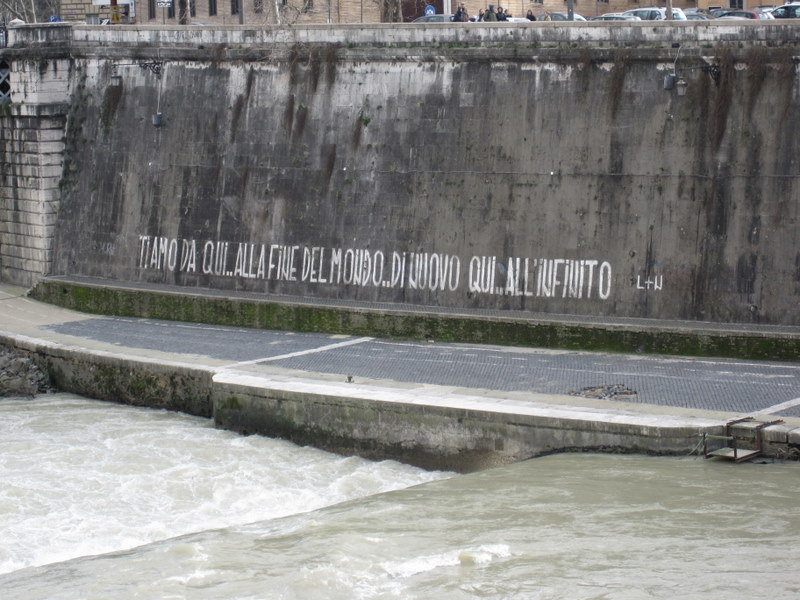 Most graffiti in the city is political (you’ll see a lot of anarchist and fascist symbols, since those political parties are pretty active), but the rest seems to be sentimental. On the left: “Federica, I love you, from Gianni” on a street on the Aventine Hill; on the right, “I love you from here on… until the end of the world… here again… until infinity, L+N”. This kind of thing is everywhere. The one on the right is written on the reinforcement wall for the Tiber River, and is visible from several different bridges. It’s extremely large.

More tomorrow on my weekend walks.