On Sunday the 31st we spent the early afternoon in Saint Peter’s Square after taking it easy in the morning… sometimes you need to take the day off from sight-seeing! The line to get into the basilica was extremely long so we didn’t even try to go in, especially since it was a Sunday so there was probably mass going on. We made meatball subs for lunch, which was an experience; we discovered that meatballs aren’t just meatball-shaped pieces of ground beef but actually require seasoning. Next time we’ll know better! 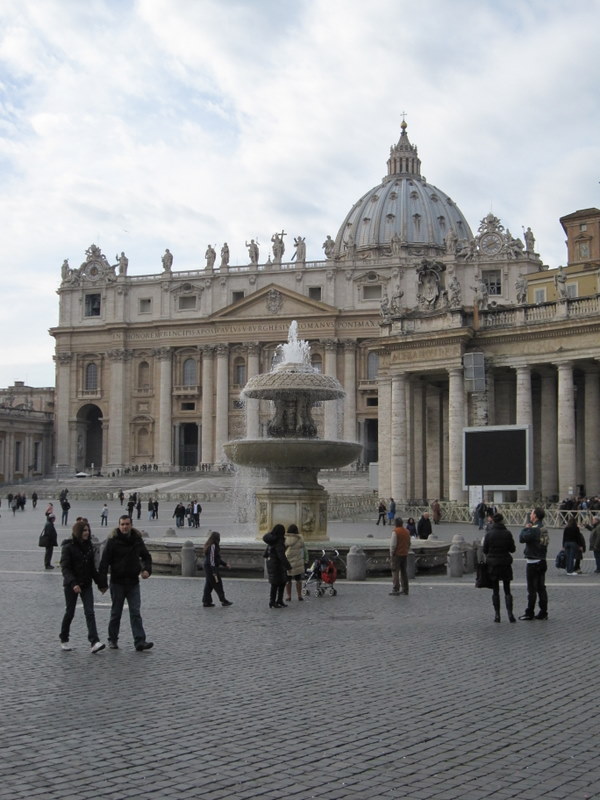 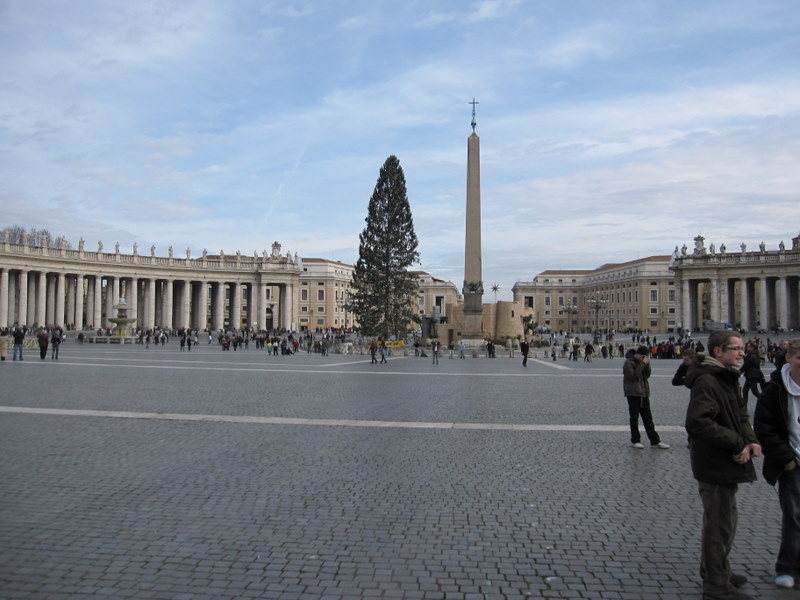 This week hasn’t been too intense, although we have had a couple cooking failures. This week I printed a color relief print using plywood (see pictures below for pictures of my black and white linocut print also), saw five works by Caravaggio in-situ in churches around Rome (in Sta. Maria del Popolo, San Luigi dei Francesi, and Sant’Agostino), and with my Late Antique class, visited St. John in Lateran (the cathedral of Rome), and the remains of some Late Antique residences now underneath the church of SS. Giovanni e Paolo (Saints John and Paul). The Lateran was wonderful, especially since I’ve spent so long looking at images and plans of it; it was great to finally get to see it for myself. The original building is long gone but some important parts of it, the nave and aisle columns and columns from some of the interior decoration, have been incorporated into the current church building. 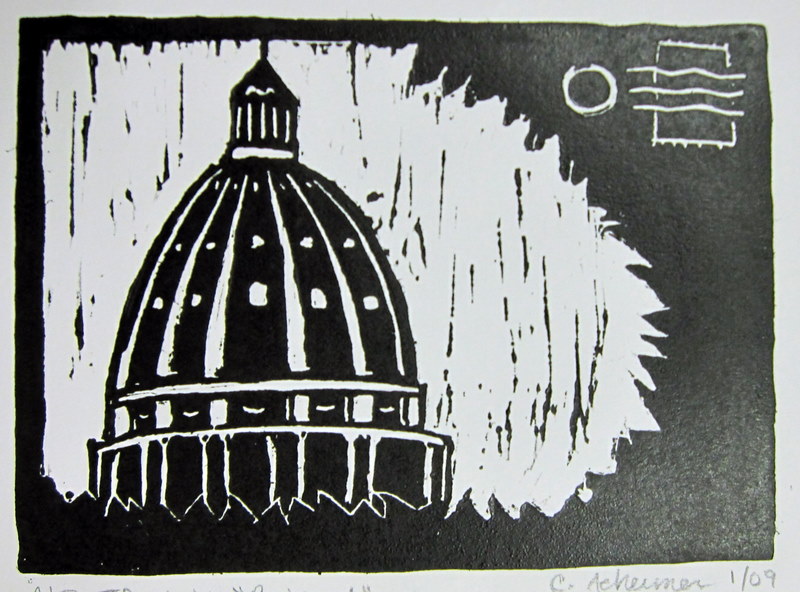 On the cooking front, we made a mushroom sauce that turned out well, and two things that didn’t, something called a ricotta pie that’s supposed to be a dessert but tasted more like a sweet quiche, and some white bean chicken chili that would have been good if I’d had all the necessary spices and had known that I needed to cook the beans in advance. We used dried cannellini beans that we had previously soaked, but I didn’t realize that these beans need to be cooked for something like 2 hours before they’re soft enough, while the recipe I was using called for canned beans. So I just put them in and had to wait for three or four times the amount of cooking time that the recipe called for before they were done; in the meantime I had to keep adding water so it didn’t boil down to nothing. Oh well! It still tasted ok.

Some of the spices and foods I’m used to having around are hard to find here; we had to go to the outdoor market to find cumin, for example, and still haven’t found oatmeal. That severely limits what things we can make! When all else fails, though, we can make pasta, because we’re pretty good at that by now. I know my mom is worried that I’m not eating enough, so here’s a photo of the results of one of our semiweekly shopping trips. We eat pretty well here! 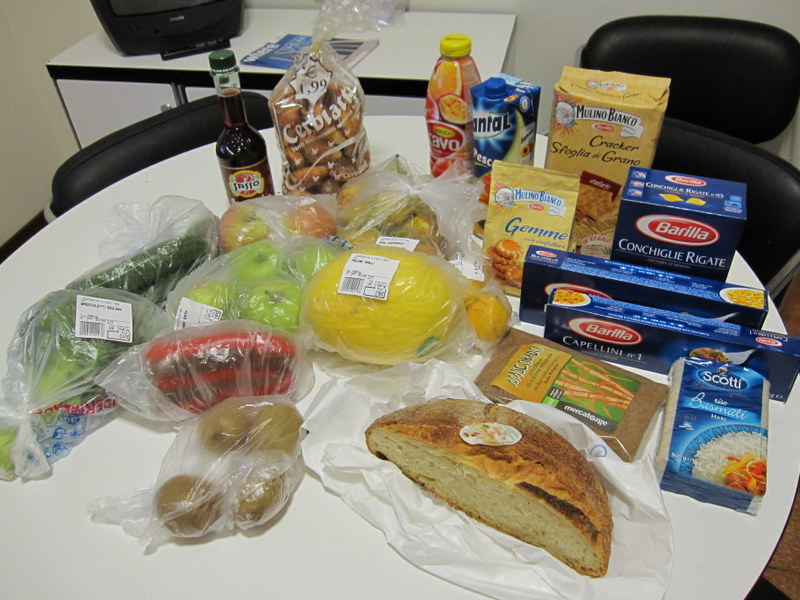