Sorry for the delay in posting; I realize it has been a couple weeks since my last post, but I’ve been very busy, as you shall see!

The weekend after our return from Tunisia, Sara and I decided to see some sights around Rome. On Saturday the 7th, we decided to go to Ostia Antica, the original port of Rome. It’s a quick trip that just requires having a metro pass to take the train to the town. The modern town of Ostia is now pretty far from the coast due to the silting of the harbor that began in ancient times, and since the old town was abandoned when the harbor filled, the ancient streets and buildings are largely preserved. The preservation isn’t as good as at Pompeii because the town has been exposed to the elements over the centuries, but what’s left is still impressive. 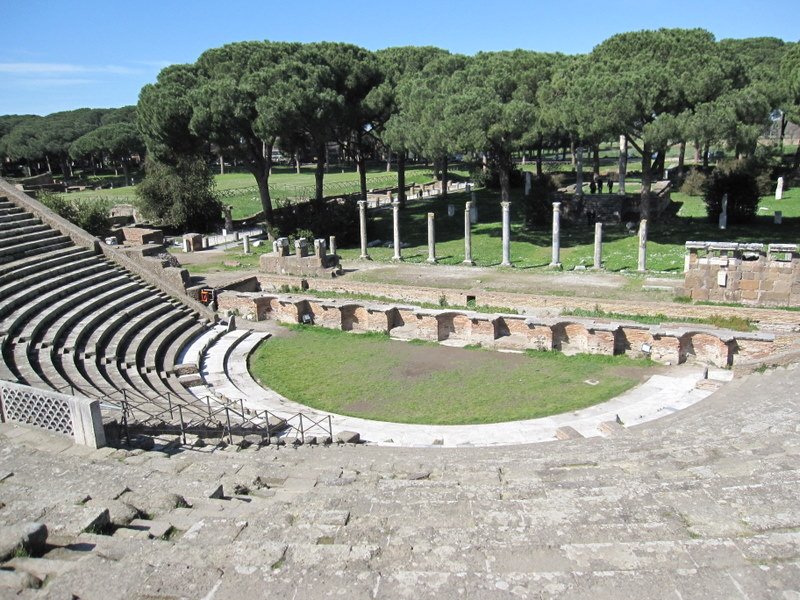 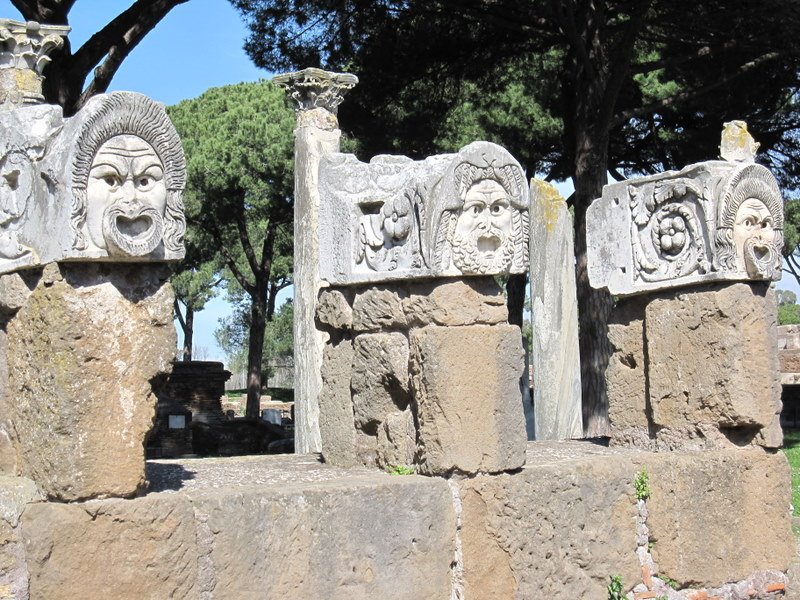 The theater at left, and at right, carved masks, probably a part of the theater decoration 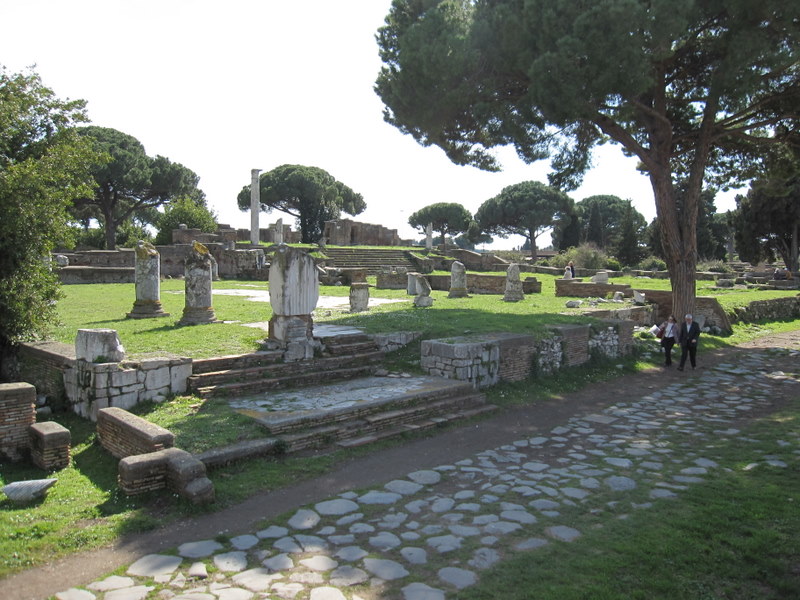 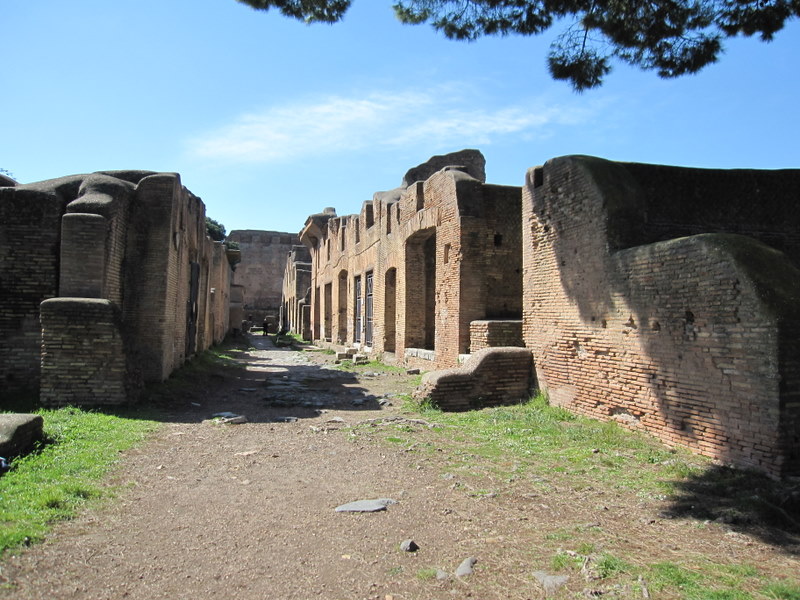 The ancient main street (decumanus) and apartment buildings, with shops on the first floor 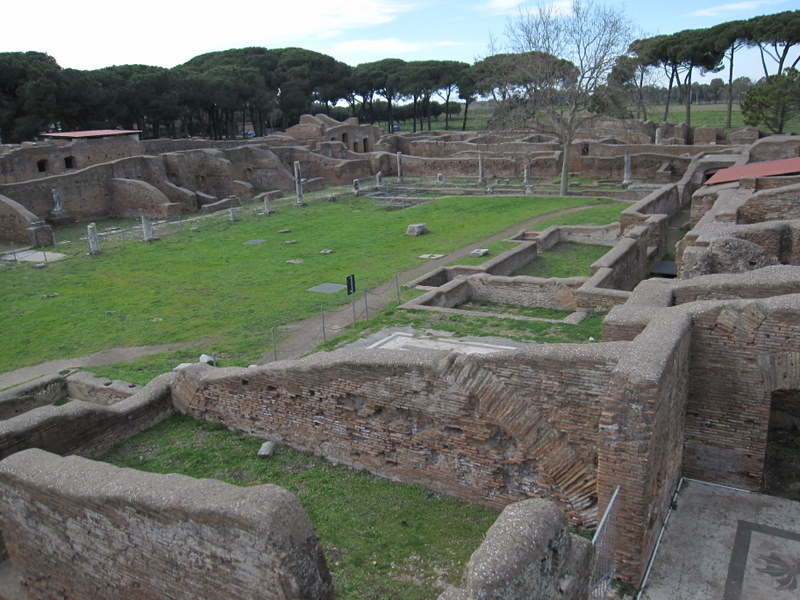 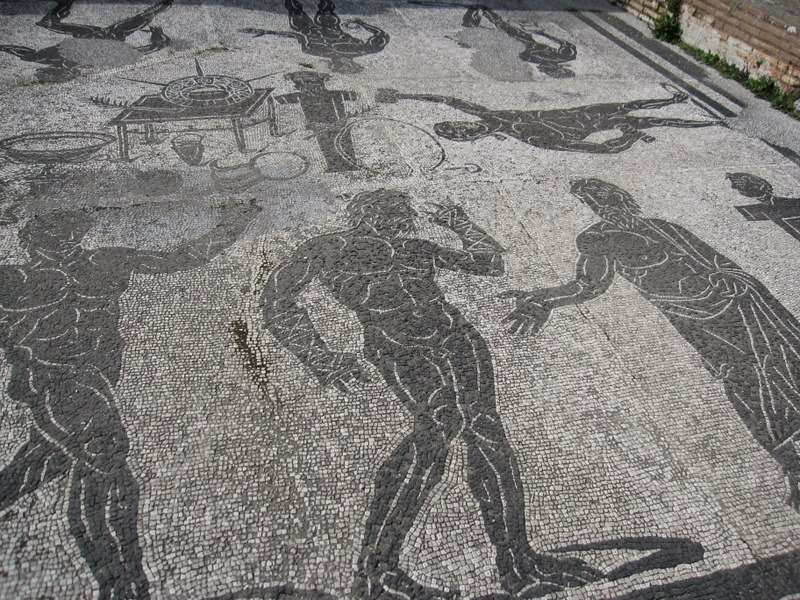 One of the bath complexes: at left, the palestrum, or open field for athletic practice (the Italian word for gym today is “palestra”) and at right, mosaic floor decoration of athletes.

On Sunday the 8th was “Women’s Day” in Italy, so Sara and I, being women, were able to get into all the state museums for free! We decided to go to the Castel Sant’Angelo, the ancient Tomb of the Roman Emperor Hadrian later converted into a medieval castle and stronghold for the popes. It’s close to where we live and connected to the Vatican by a wall that allowed the pope to escape to the castle when he was threatened. 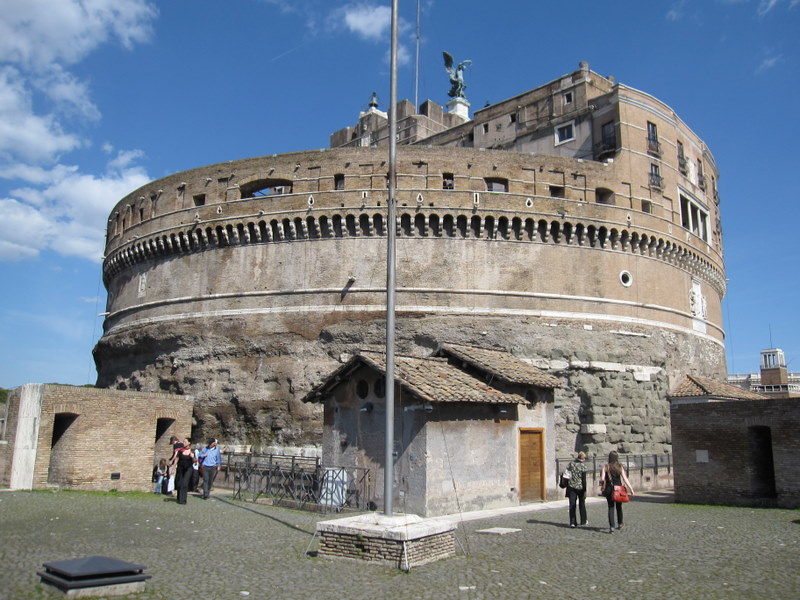 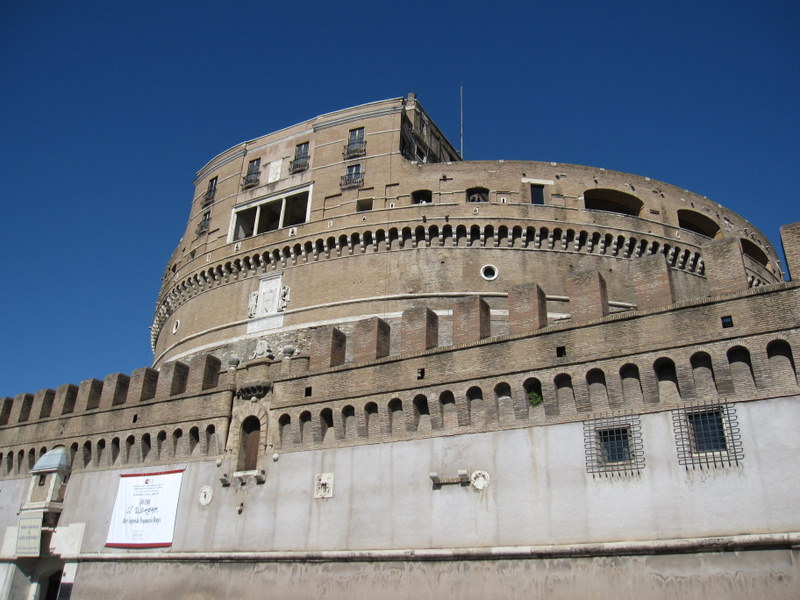 Two views of the castle/mausoleum

The castle was built on top of the original round structure of Hadrian’s mausoleum, and has a heliocoidal ramp on the interior that spirals around the inside wall of the structure up to the level where the castle was built. Inside the castle we saw leftover cannons, cannonballs, and other equipment from the castle’s active days, and two art exhibits. 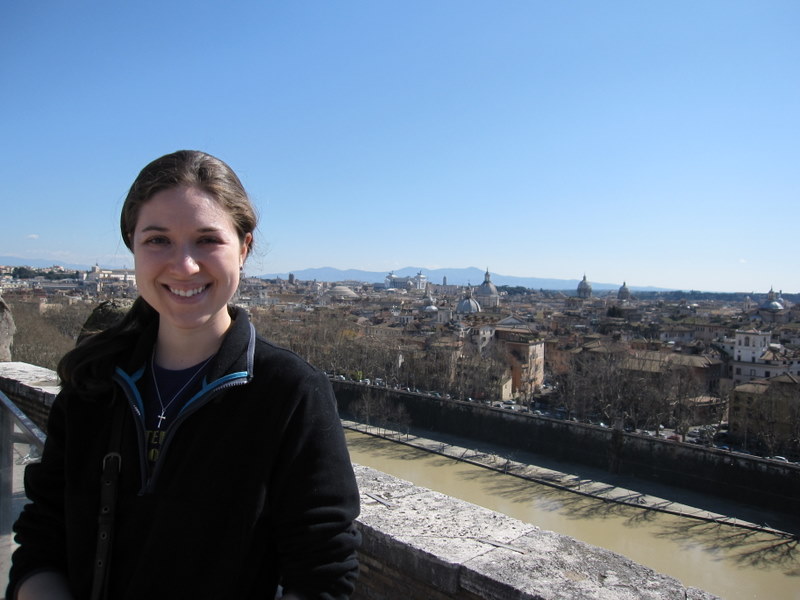 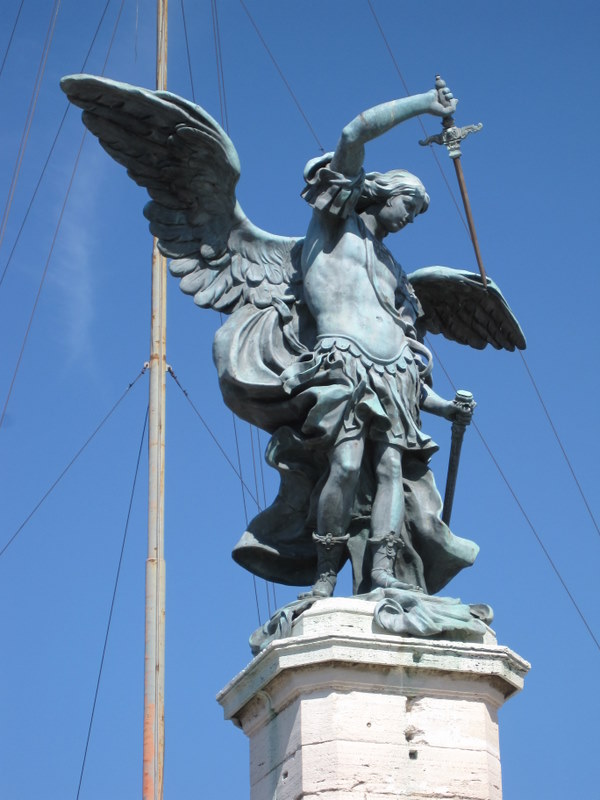 At left, view from the top; at right, statue of the Archangel Michael for whom the castle is named (Castel Sant’Angelo, Castle of the St. Angel). The Ponte Angelo that crosses the Tiber and leads to the castle has sculptures of angels on it by Bernini’s workshop.