Hello friends! Last week was my spring break, and I had a wonderful time in Tunisia with 49 other students from Temple Rome. It will take me a few posts to include everything, so here we go!

We left Friday morning for Tunis, the capital of Tunisia. Our trip leader was Professor Maria Ponce de Leon, a professor of Italian who was born in the US but is an Italian citizen and spends half her time in Italy and half in Tunisia. In Tunis, after arriving and checking into our hotel we went downtown to the medina, which is the old part of the city. There we walked through the souk, or covered markets; tried Tunisian (Arabic) tea with pine nuts and date cookies; and visited a shop where they make essences for perfumes. 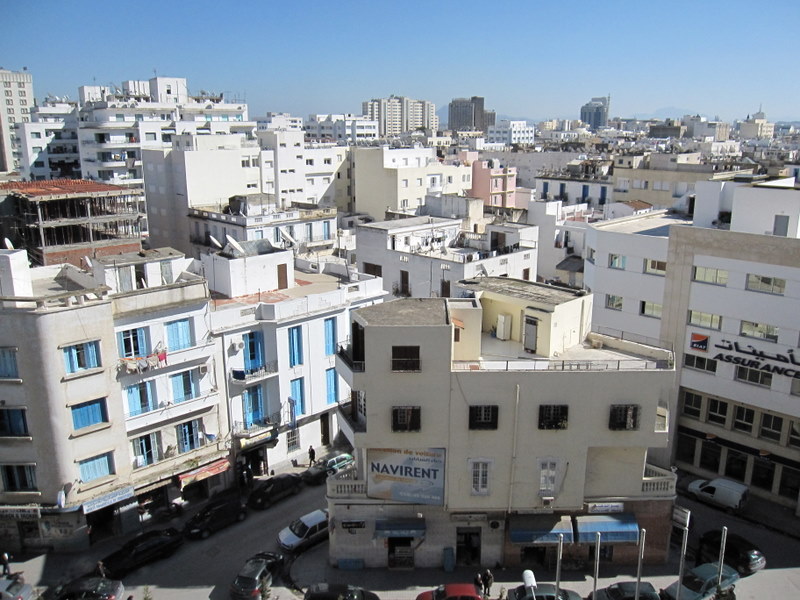 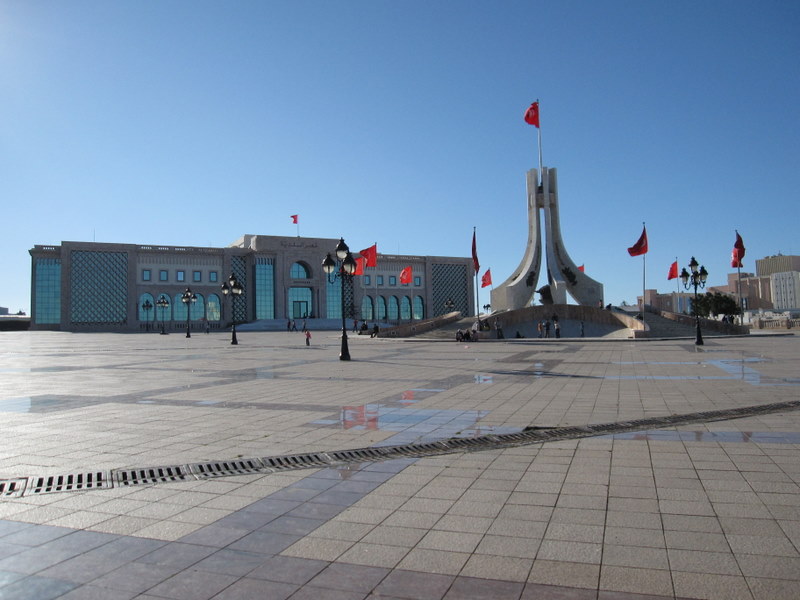 View of Tunis from the hotel; downtown 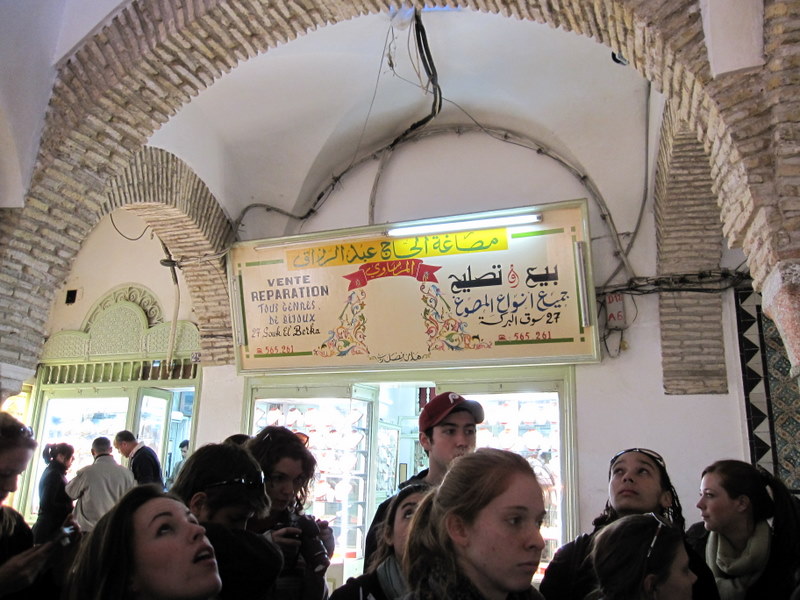 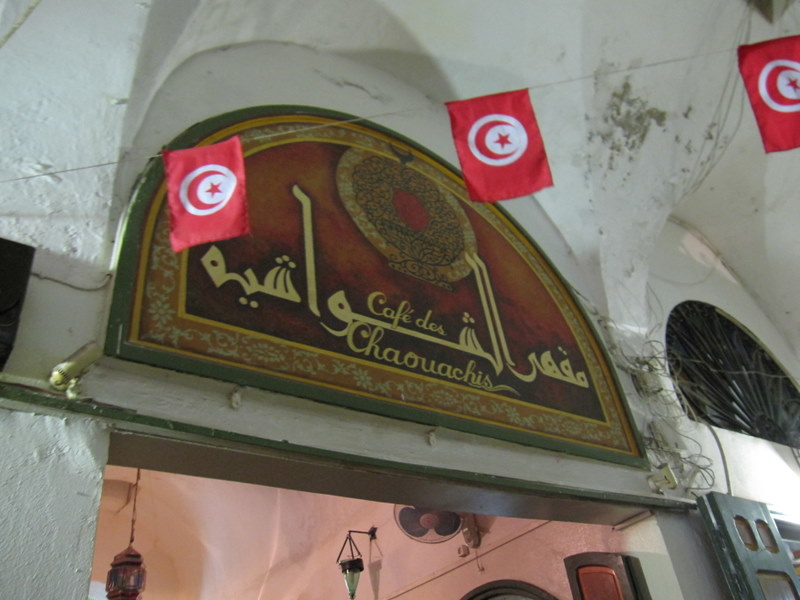 Saturday we got on our bus (we had a bus for the whole trip) and went to the port town of Port el Kantaoui, a resort town for Europeans; there the vendors, who are pretty annoying throughout the country, would try to get us to come in their shops by shouting out what they thought was our nationality. I heard them guess French, Spanish, Canadian, German, Italian and English, but no one during the entire trip guessed American. Very few Americans visit the country. 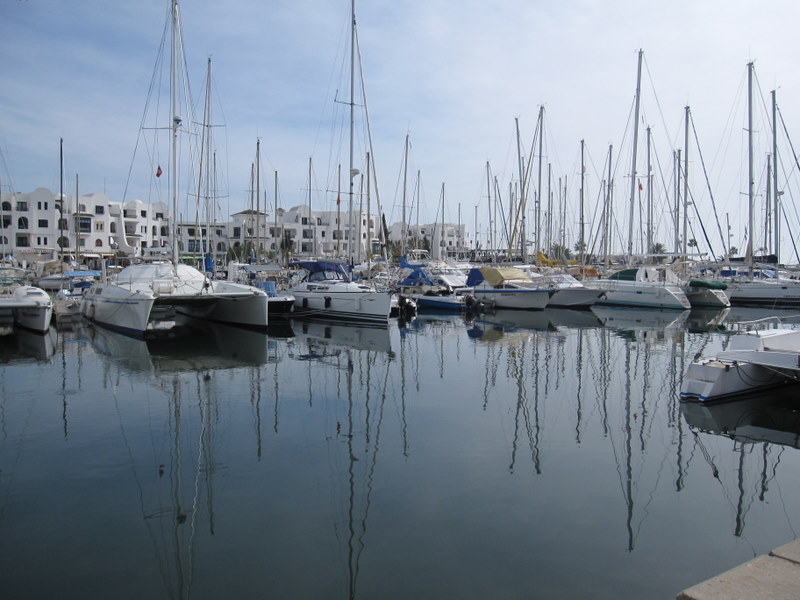 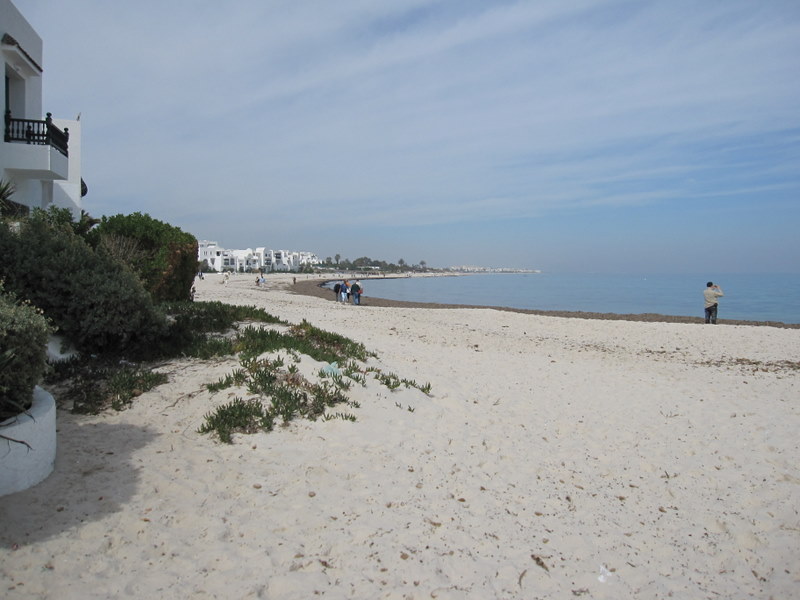 Harbor at Port el Kantaoui and the beach there

After Port el Kantaoui we went on to Sousse, another larger town on the coast, and visited the medina there. That evening we visited the town of Monastir which has the mausoleum of Tunisia’s first president (dictator). Tunisia has only had two presidents since they got their independence from France in the 1960s; the first one was forced to retire in the 80s, and the current president has been in power since then. Despite having “presidents for life” the country is very safe and pretty secular for an Arabic country. 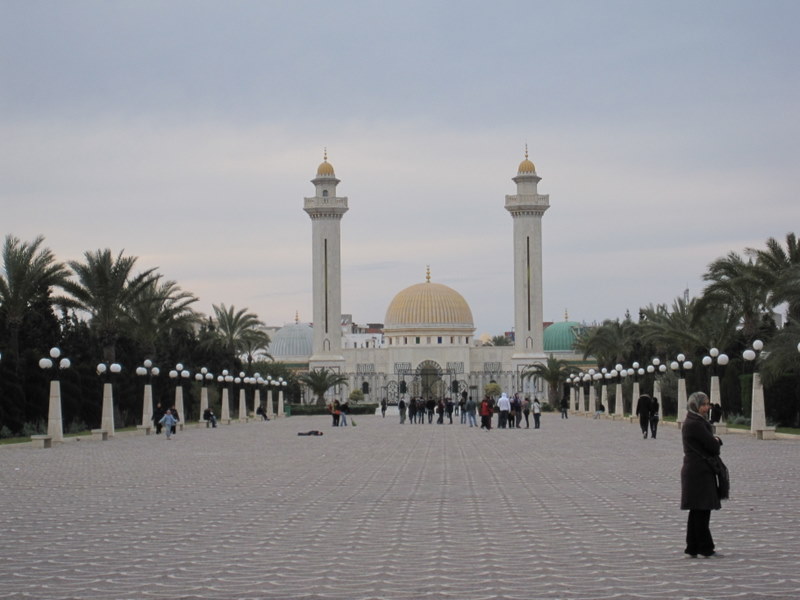 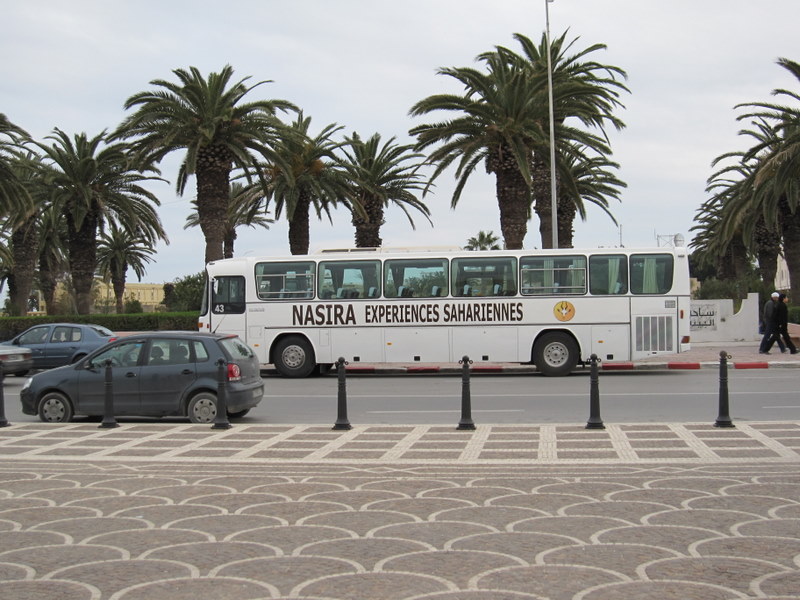 Mausoleum at Monastir; our bus!

On Sunday we took the bus to El Jem, site of a very well-preserved Roman amphitheater. This was one of my favorite sites; we got to climb all around it during our visit, and it wasn’t nearly as crowded as the Colosseum! 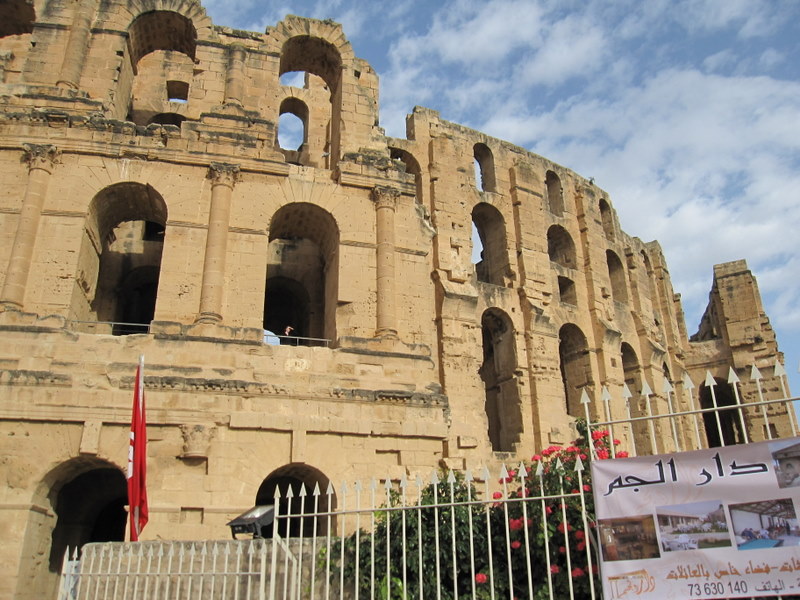 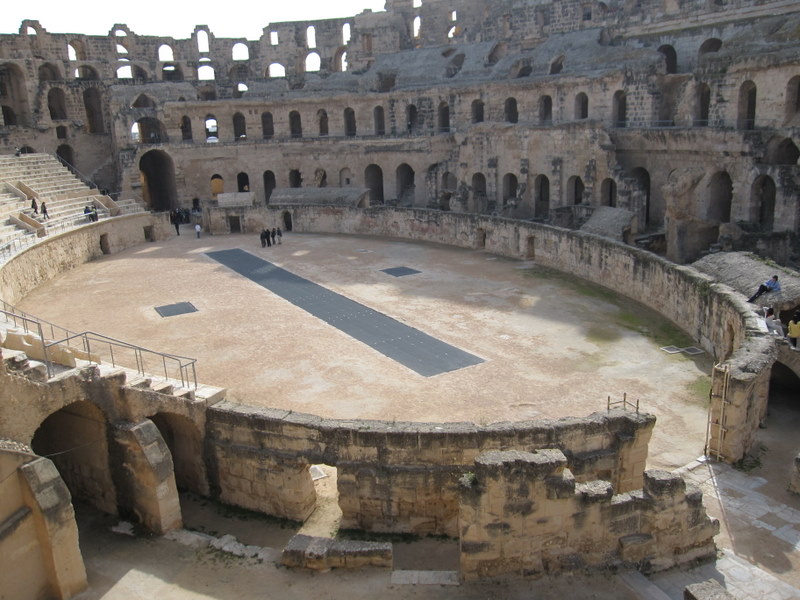 Afterward we drove south, passing through olive groves, then rocky deserts; on the way we went through the town of Matmata, where there are troglodyte houses (houses carved out of the rock) and where some of Star Wars was filmed at the Hotel Sidi Driss. 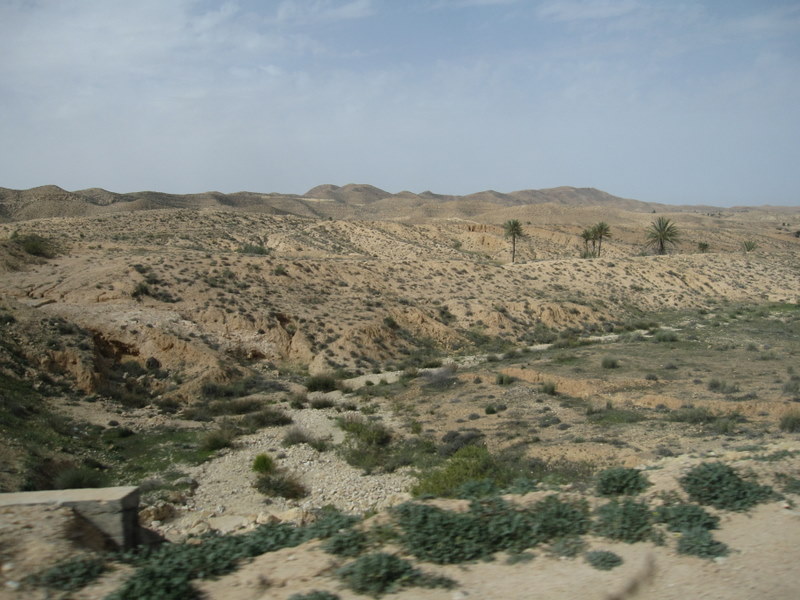 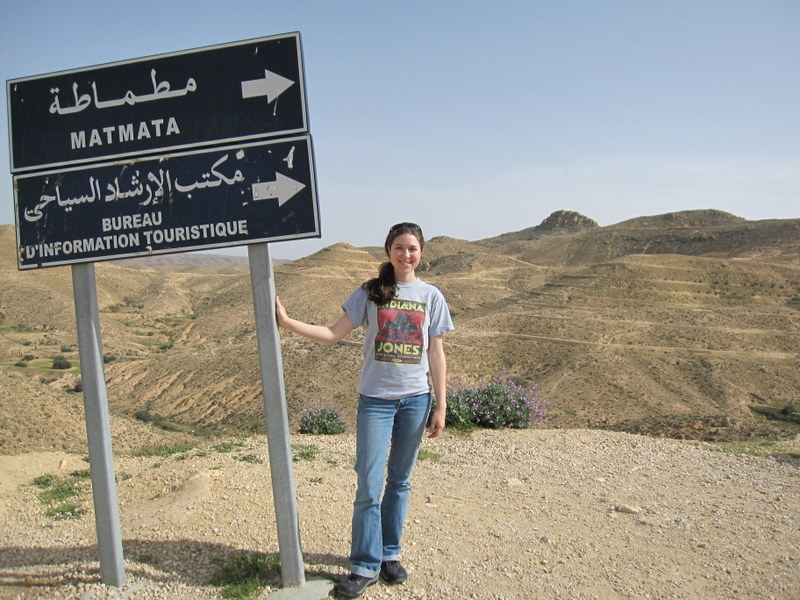 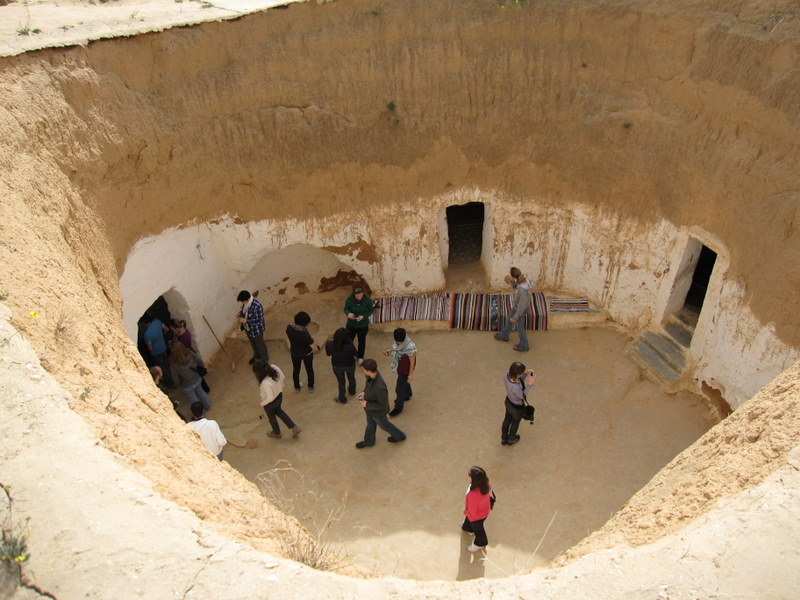 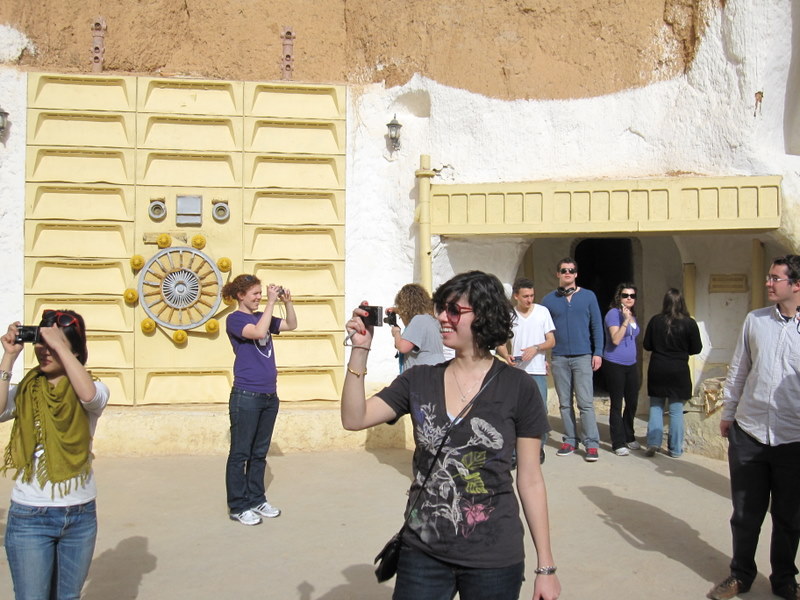 Troglodyte house; Hotel Sidi Driss, with pieces of the Star Wars set on the walls

We continued driving south, and finally arrived at Douz, the “gateway to the desert”, which is the last town before the Sahara. That evening towards sunset we got to ride dromedaries into the desert. (Camels have two humps, dromedaries have only one.) That was a really neat experience! They made us all wear matching head coverings and robes, so we looked really silly, but it was fun nevertheless. I think I had the tallest dromedary. 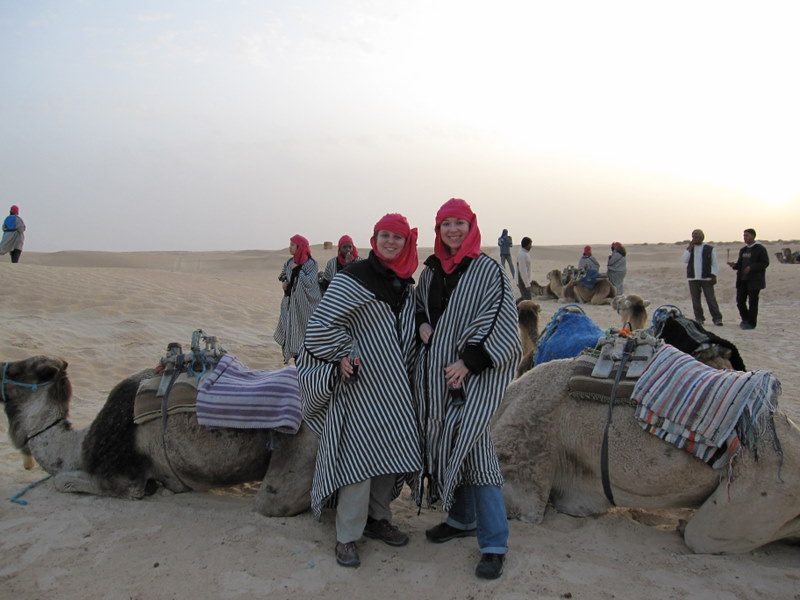 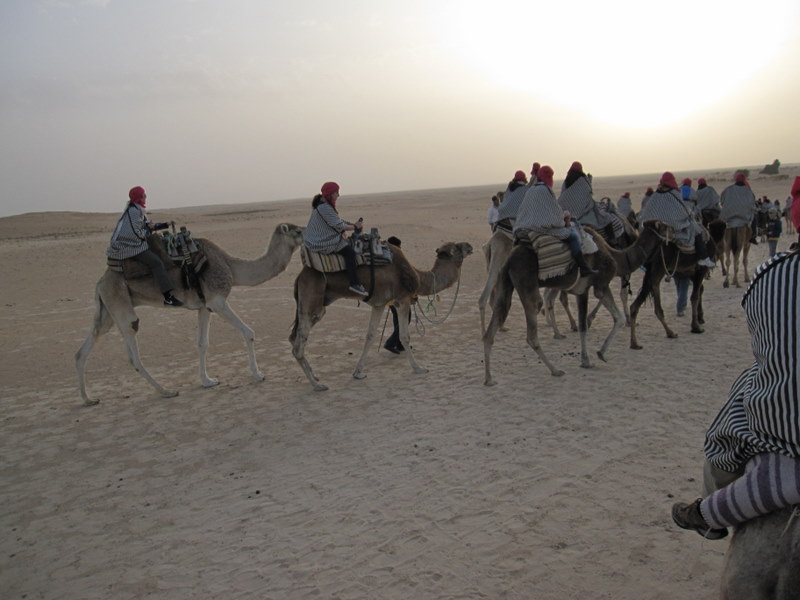 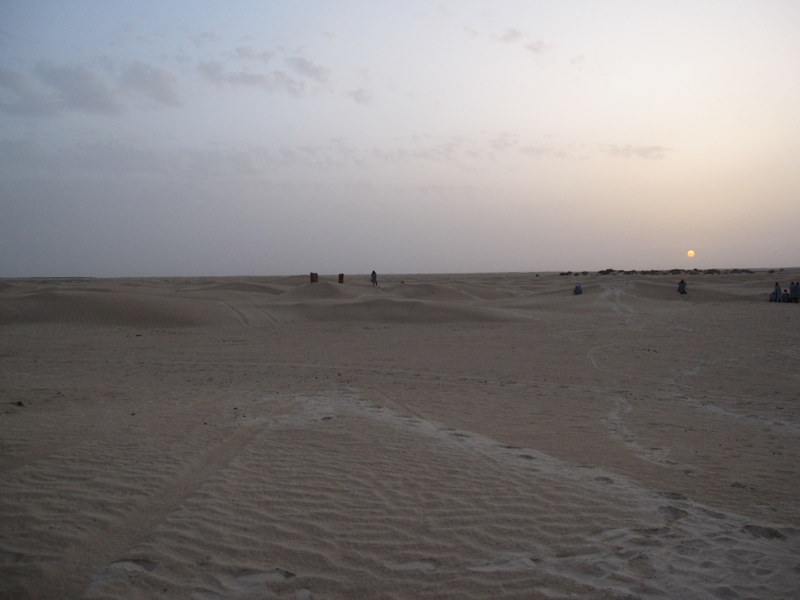 The Sahara at sunset