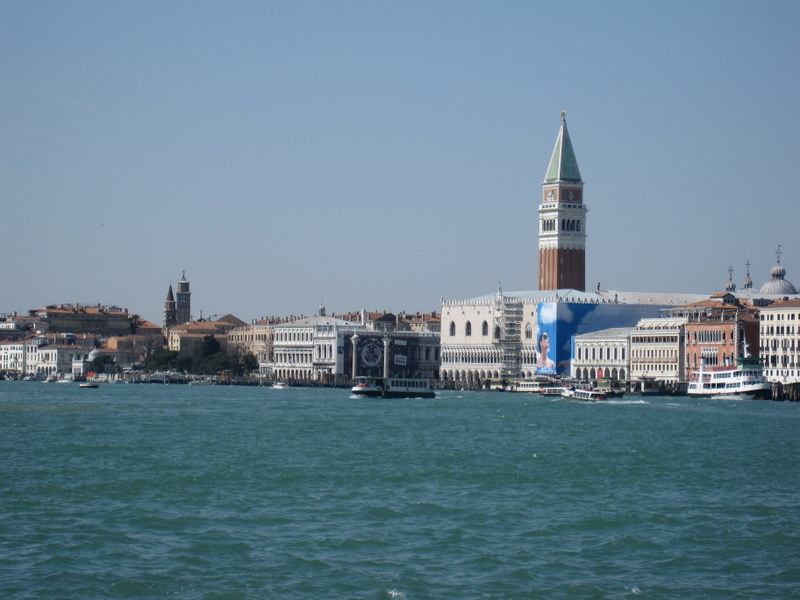 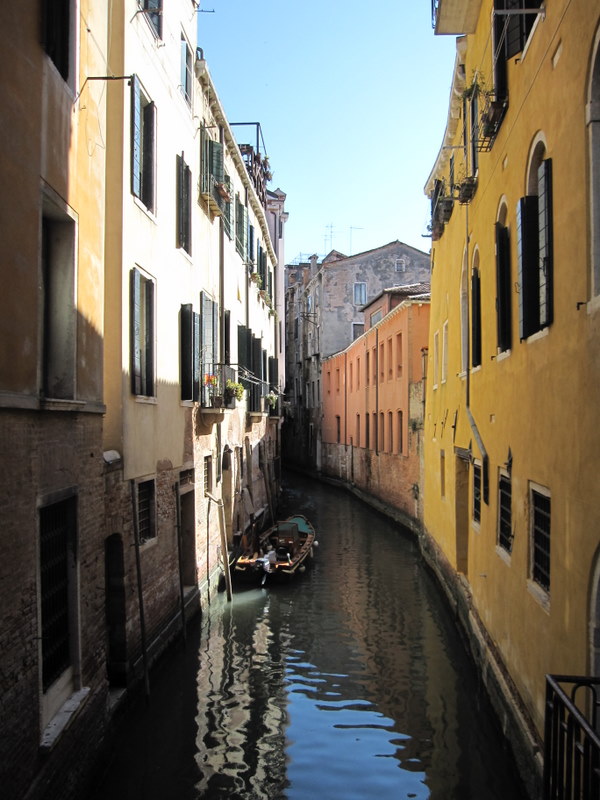 March 20-22 was our trip to Venice (Venezia)! This was a much more laid-back weekend than Sicily: we left early Friday morning and got back Sunday evening, rather than going Thursday night through Monday morning. And we were glad for the extra time. We didn’t try to see everything, but rather had a slow weekend wandering through the narrow (and often confusing!) streets of the city. 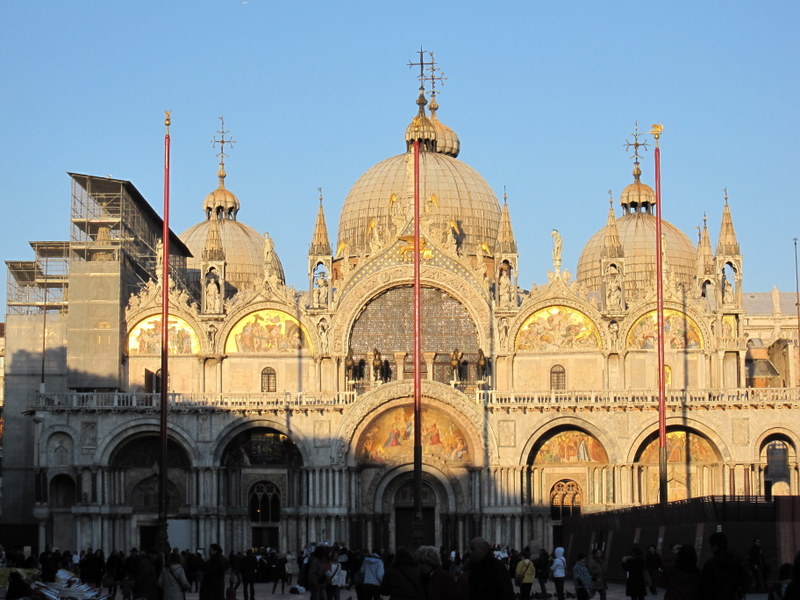 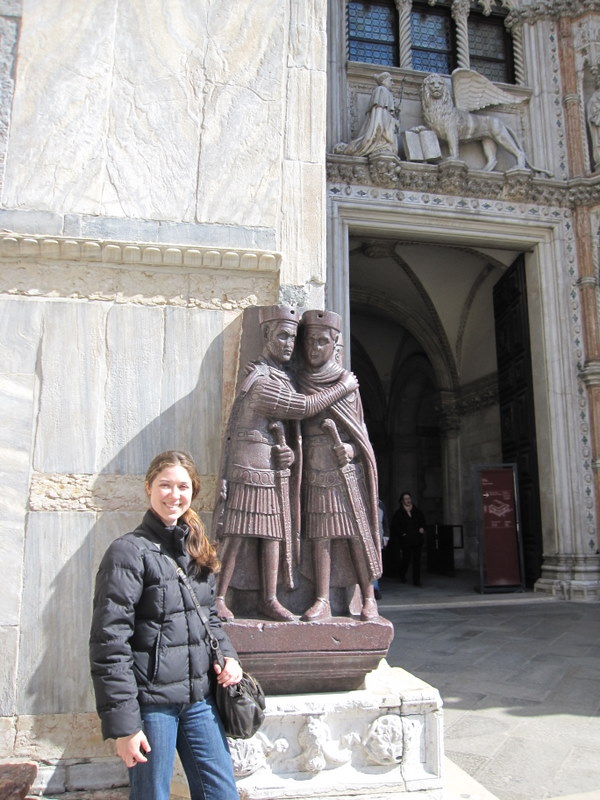 Cathedral of Venice (San Marco) and the porphyry statue of the tetrarchy attached to the church; this is a statue I’ve studied in class this semester 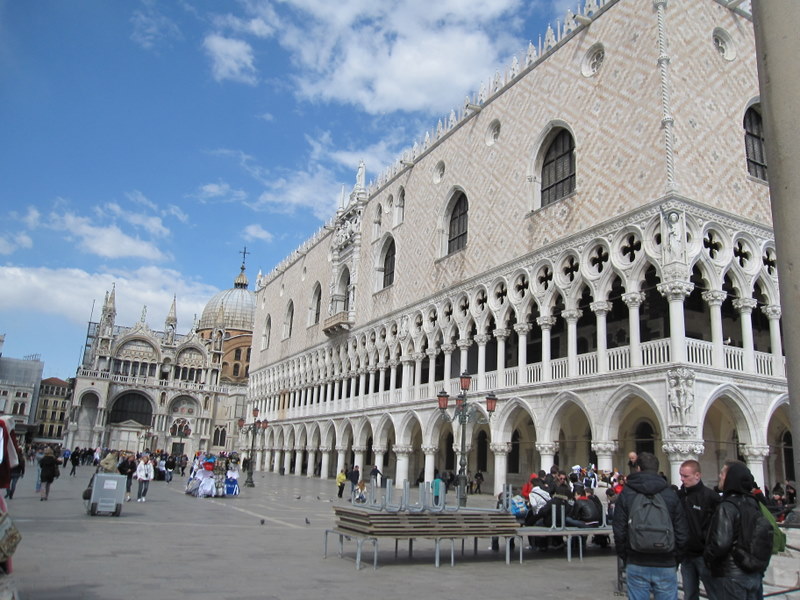 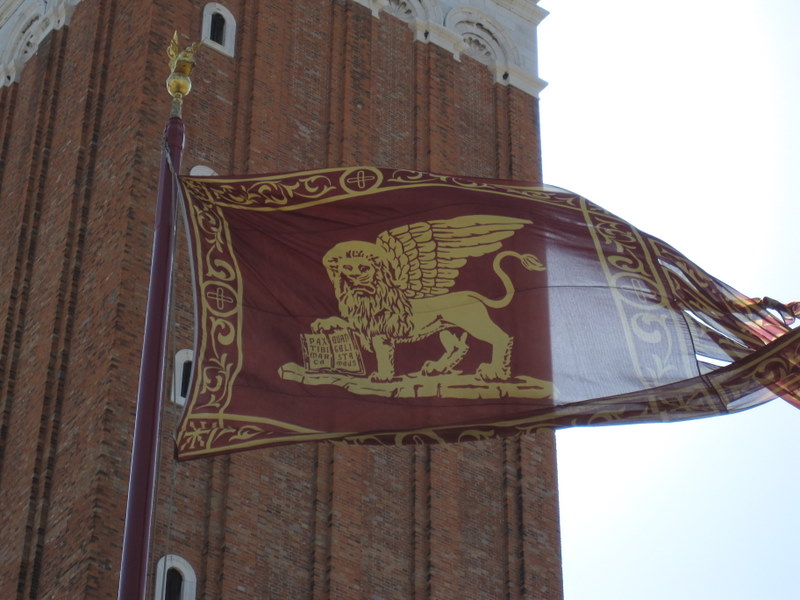 Palazzo Ducale, the Doge’s Palace; at right, the flag of Venice with the winged lion representing St. Mark

Boats and Bridges: The main island of Venice, the old part of the city, has no cars or motorized vehicles of any kind; instead, the canals and bridges over them serve as the main transportation routes of the city. 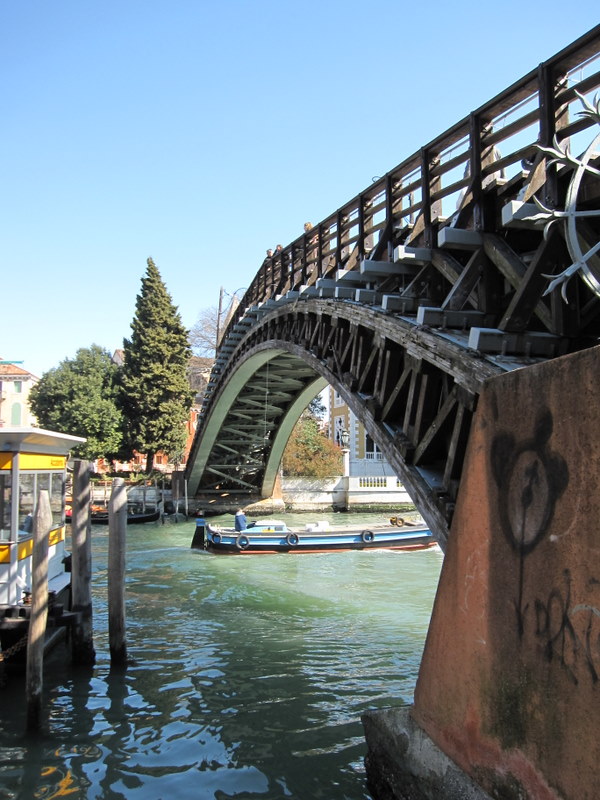 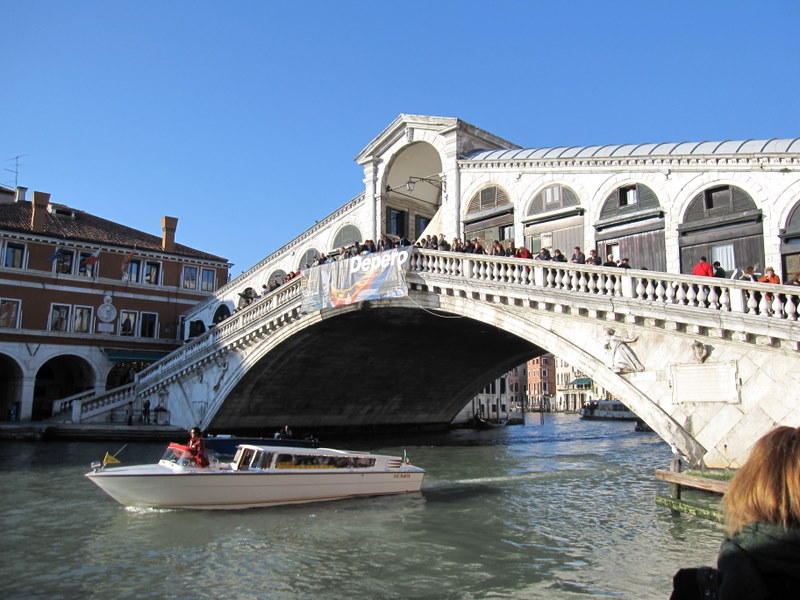 The Accademia Bridge and the Rialto Bridge 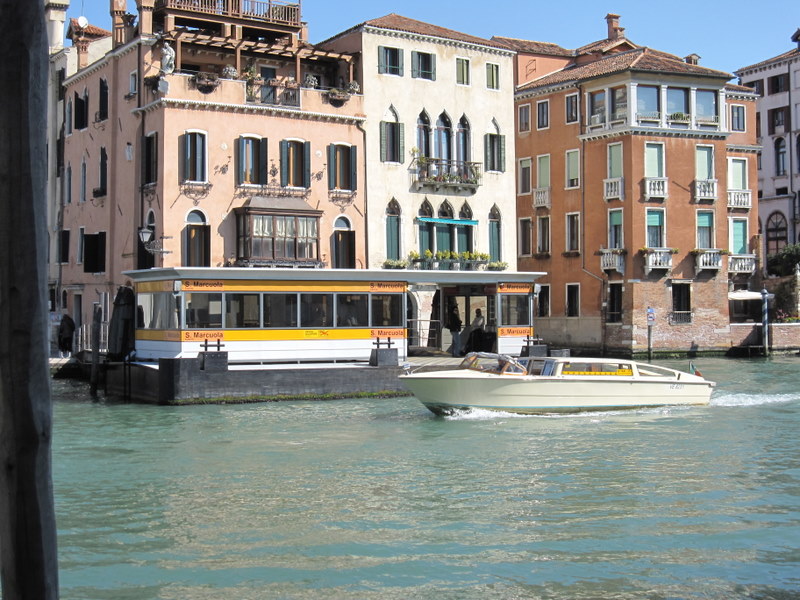 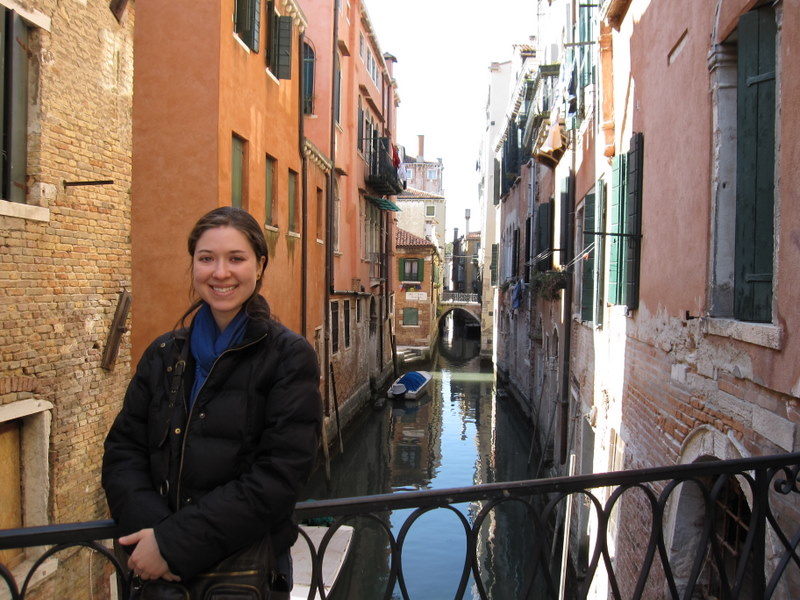 Above: a “boat stop.” Vaporetti, or water buses, are a form of public transportation; however, they’re very expensive and used mainly by tourists. We just walked. 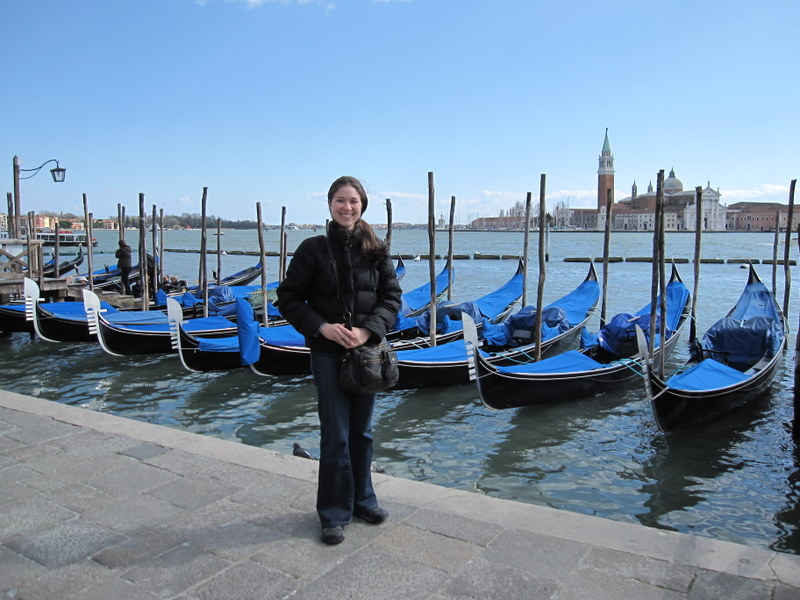 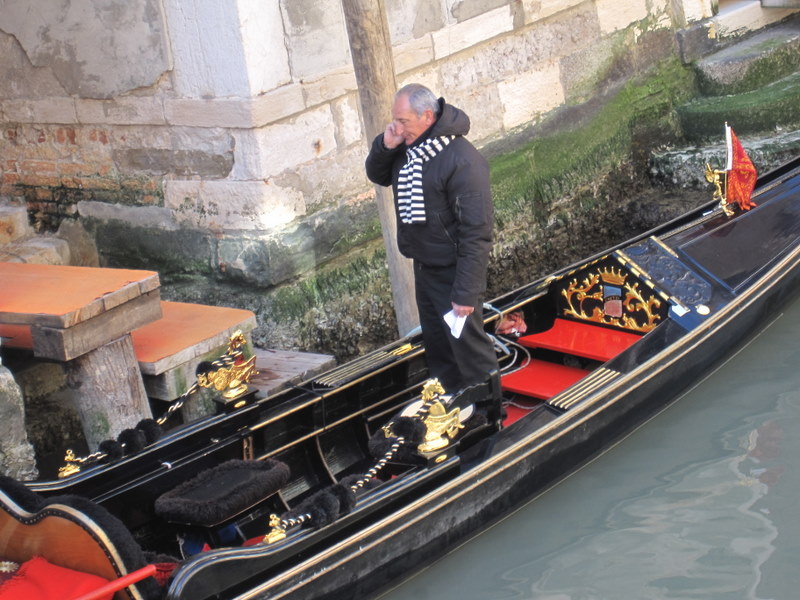 Gondolas! Gondolas are really just a tourist attraction, the actual residents of the city have motorboats or walk. The gondolas are all very elaborate contraptions! 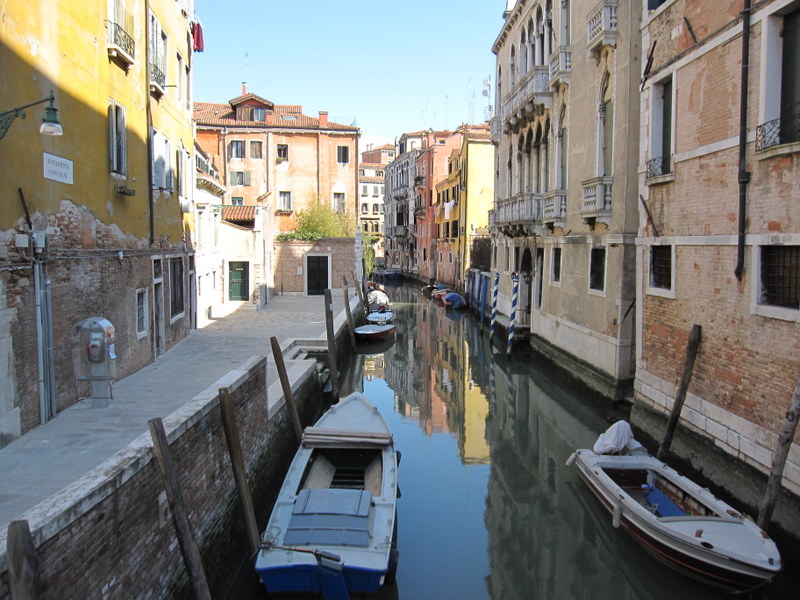 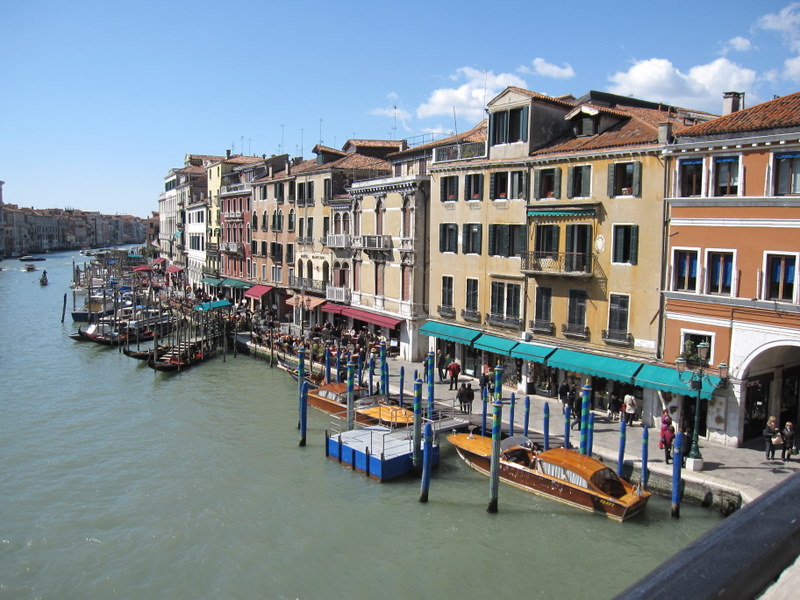 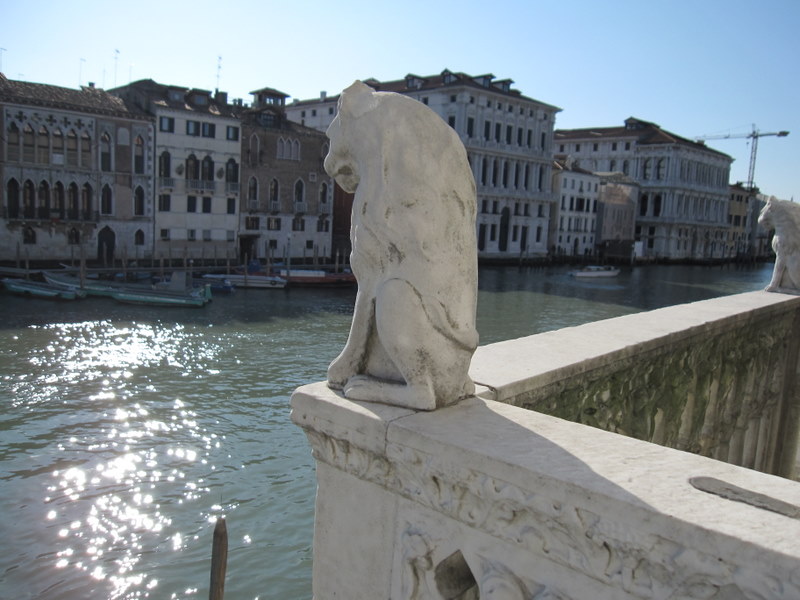 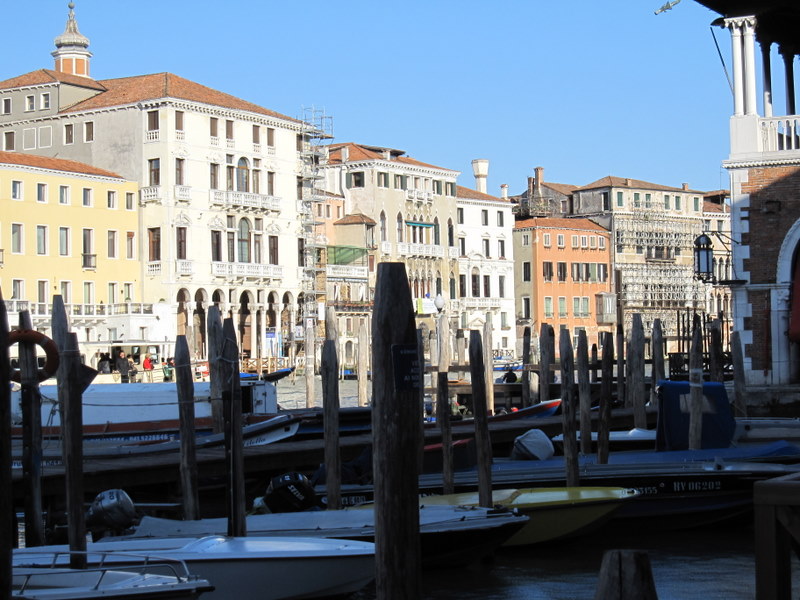 Churches and Palazzi: Venice, as one of the northernmost cities of Italy, has architecture that’s heavily influenced by Northern Europe. Here you can see some of the Gothic influences in its architecture. 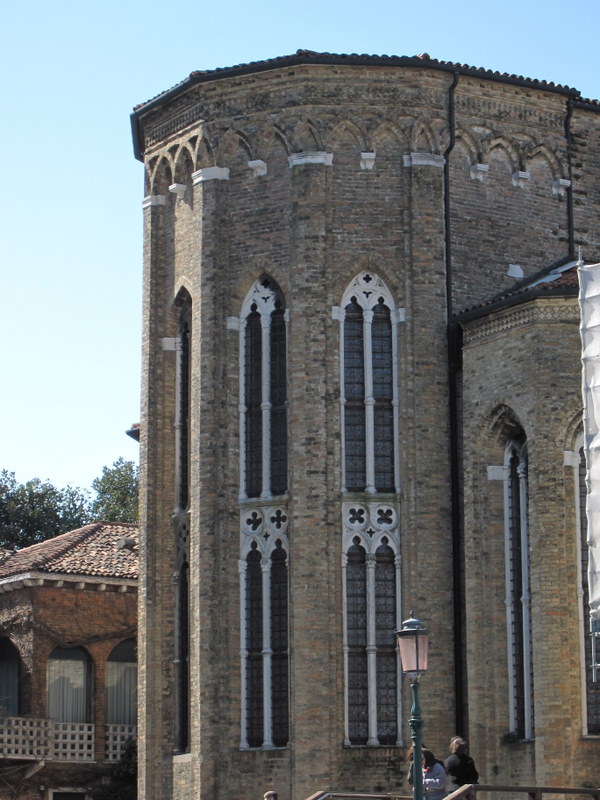 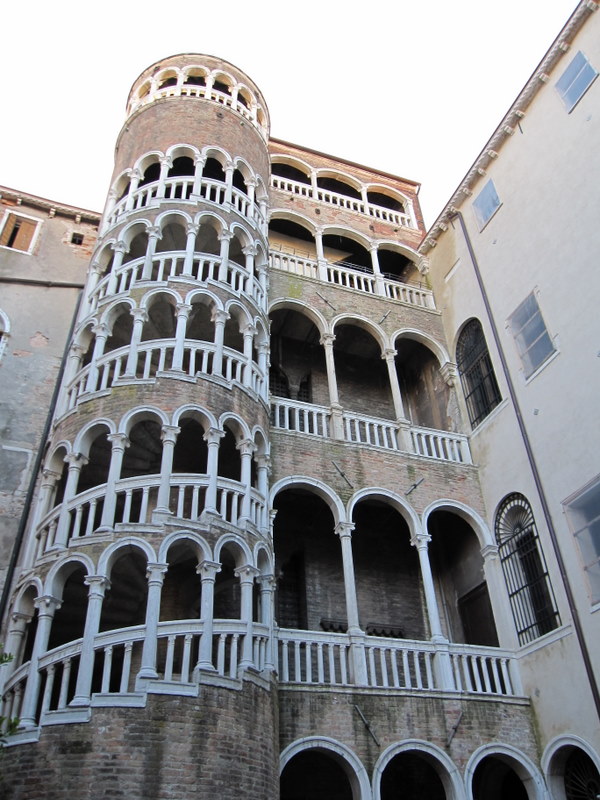 At left, a Gothic-style apse with tall, narrow windows; at right, the Scala del Bovolo, or Snail Staircase since it looks like a spiral snail’s shell (part of a private palace) 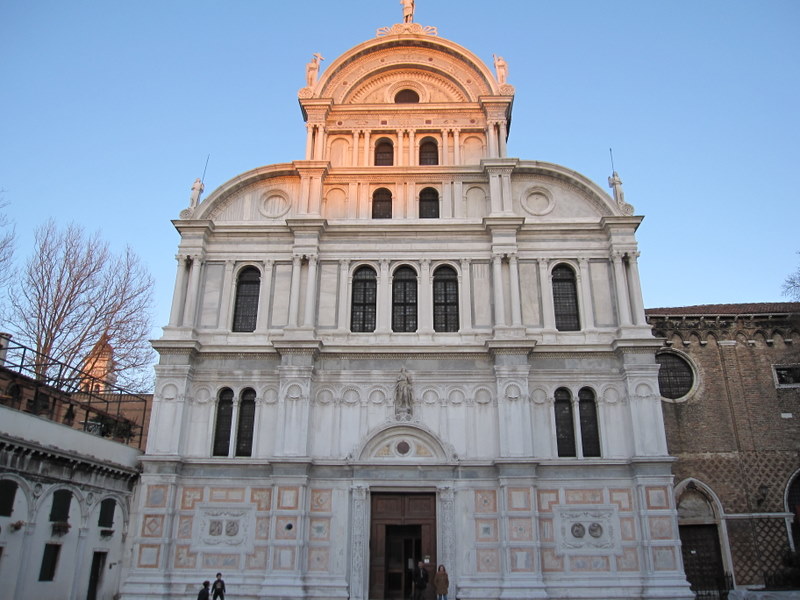 On Sunday morning we walked down to the Piazza San Marco for the last time and walked by the Armory and the park of the Venice Biennale. We couldn’t figure out what was going on in the park: it was messy and deserted, almost as if a big festival had taken place recently and never been cleaned up, but the pavilions were all locked and looked as if they’d been that way for a long time. At any rate, I had fun taking pictures of all the different pavilions. Here are a few: 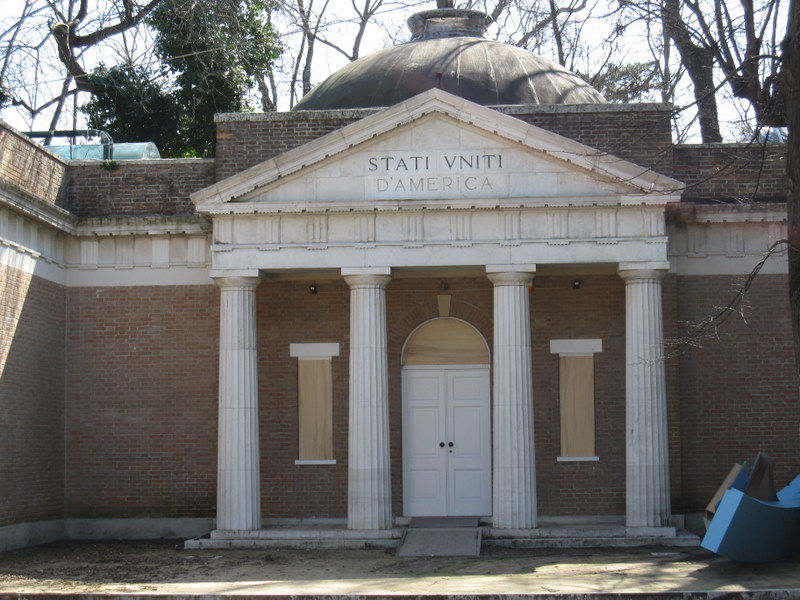 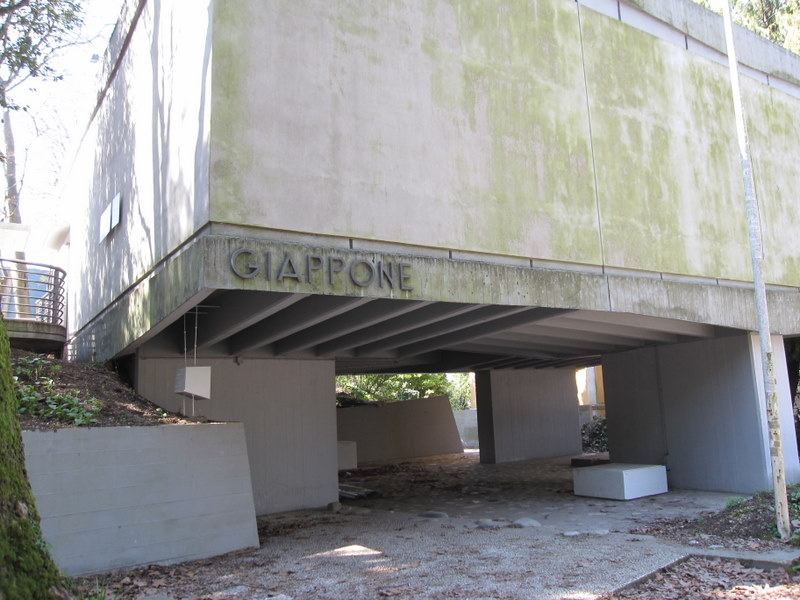 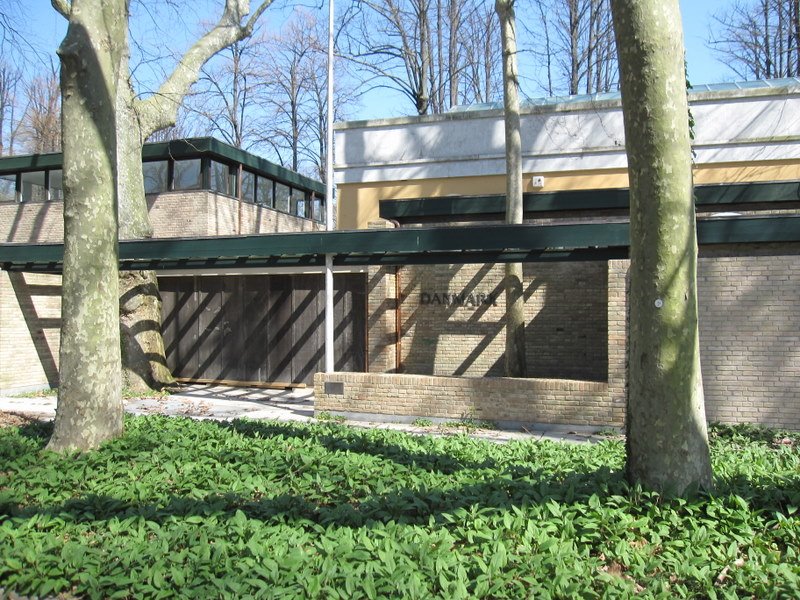 Later that afternoon we took the train back to Rome. Venice is beautiful–I would definitely go back!