Around Rome and Amusing Photos 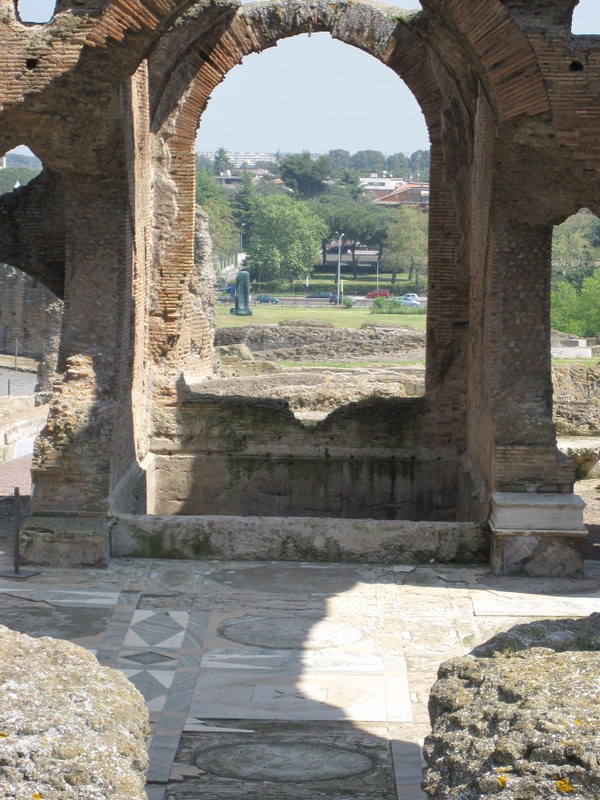 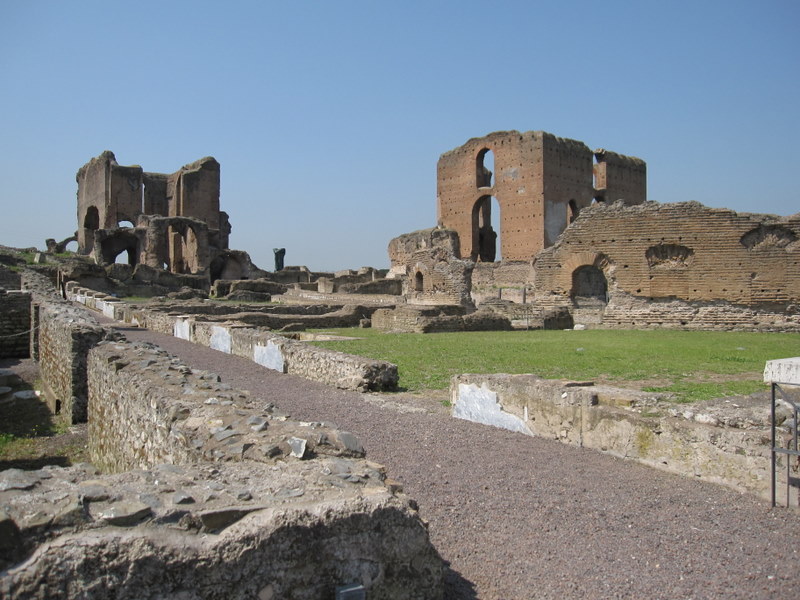 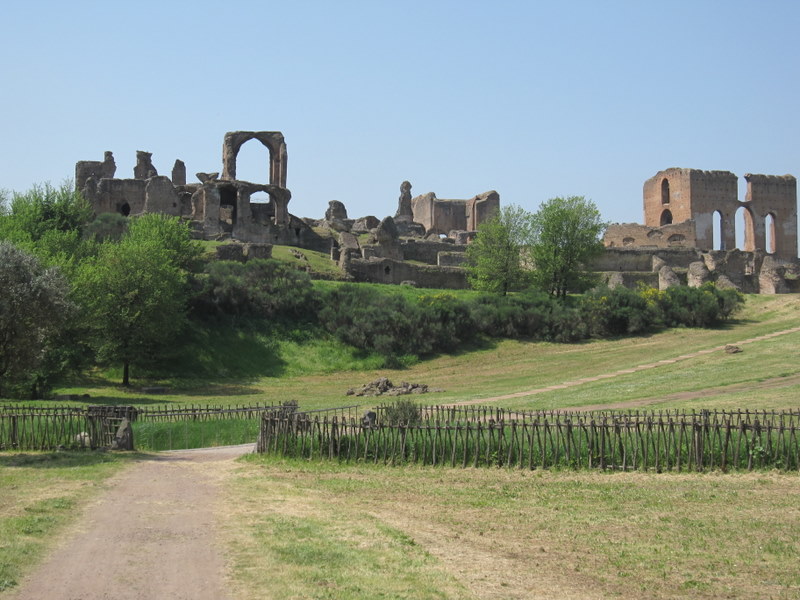 These ruins were all part of a single enormous villa complex that included its own private bath complex (think giant swimming pool, hot tubs, etc), mini-amphitheater, gardens, and more. It was so impressive that apparently an emperor killed off the family who owned it and took it over for himself. The villa is just a five minute bus ride outside the city, but in ancient times it would have been a country-side retreat. 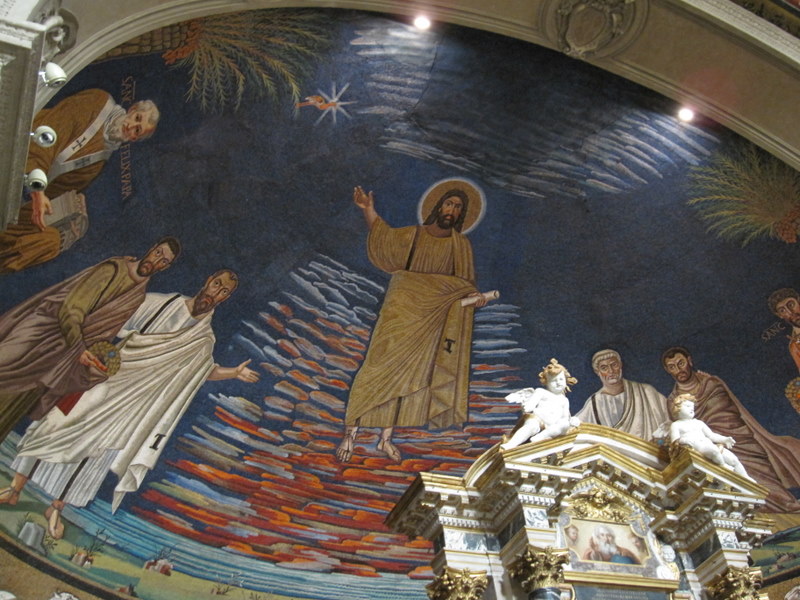 Apse mosaic in SS Cosmas and Damiano: a Late Antique mosaic. Most of my other pictures from this class aren’t as interesting, so here are the Baroque pictures! 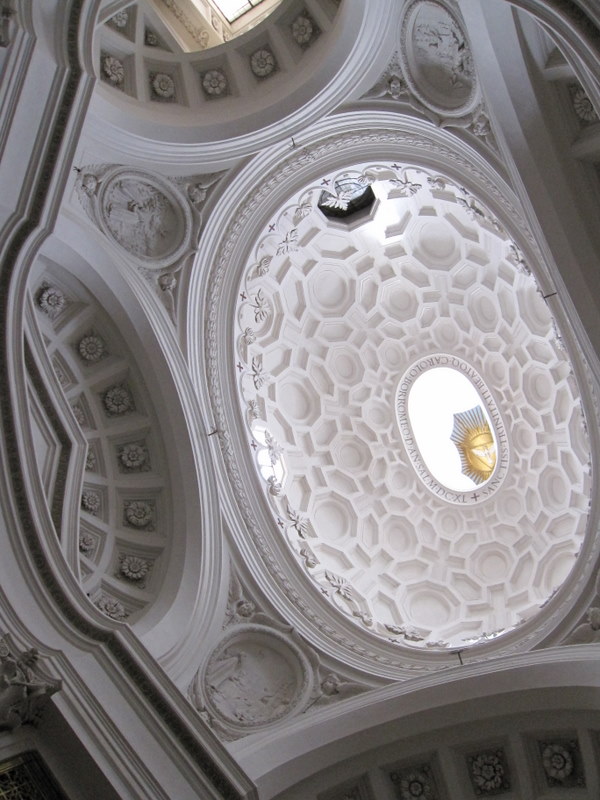 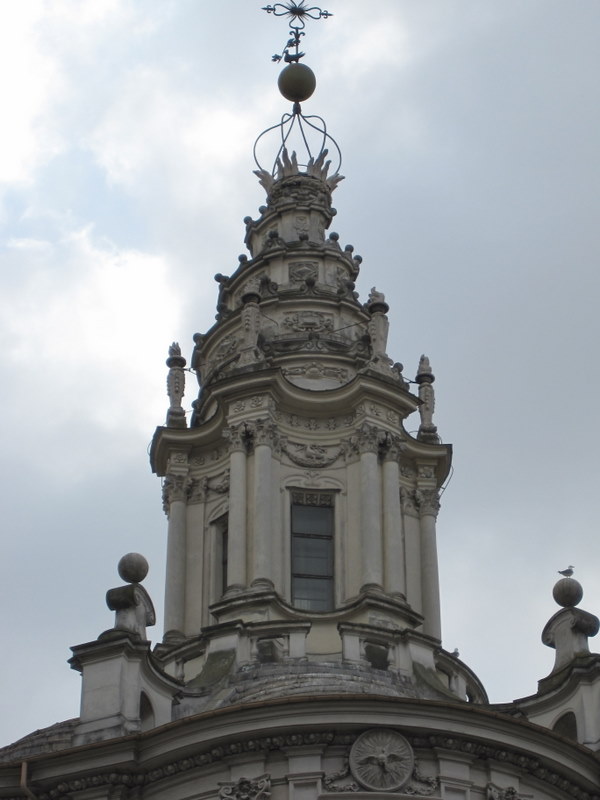 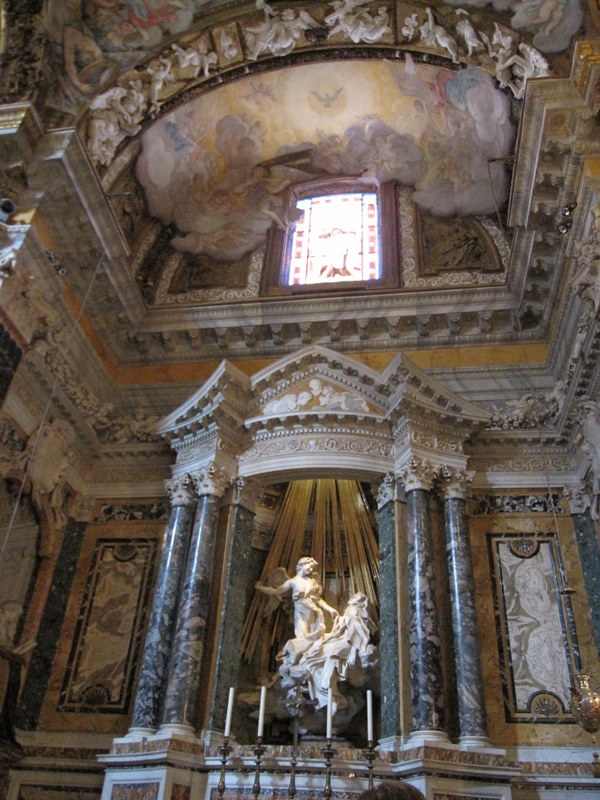 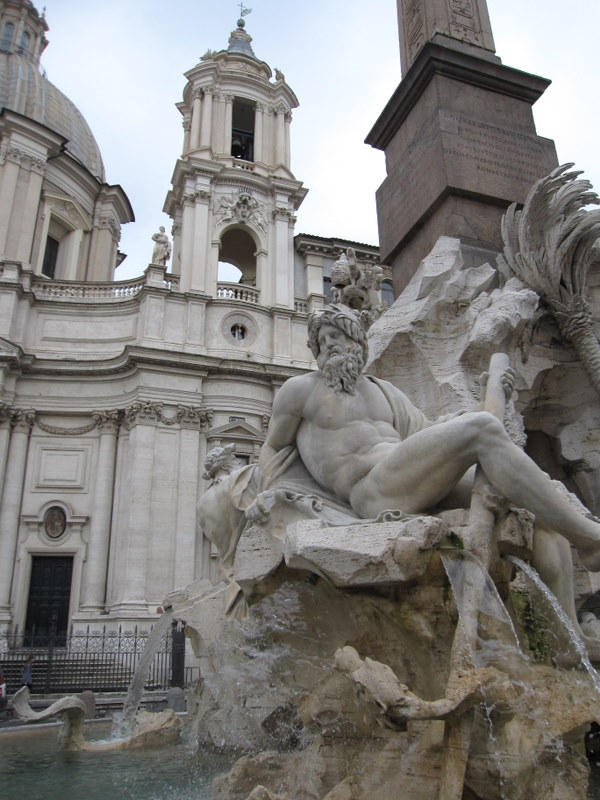 Baroque sculpture by Bernini, most popular artist of the Baroque (Cornaro Chapel, Santa Maria della Vittoria; Fountain of the Four Rivers, Piazza Navona). Bernini and Borromini had a persistent rivalry. 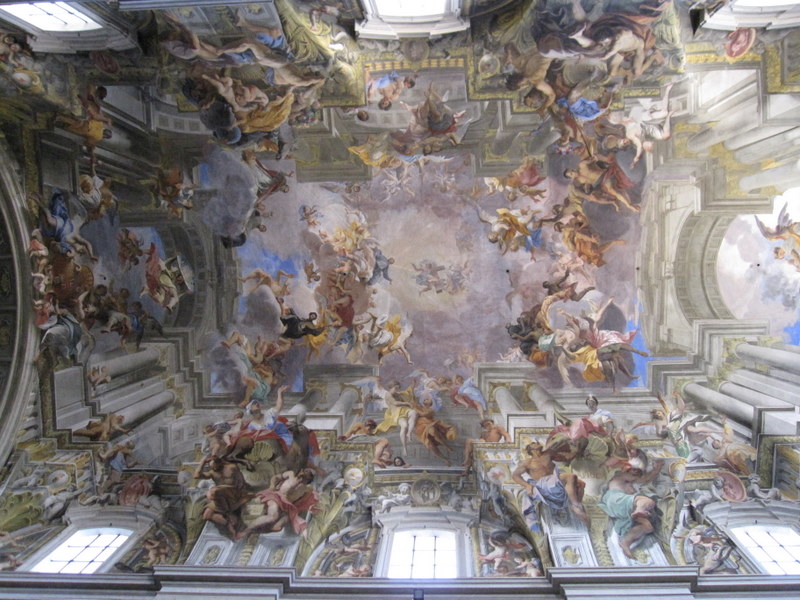 Illusionistic ceiling frescoes were popular Late Baroque decorations; this one is by Andrea Pozzo, church of S. Ignazio 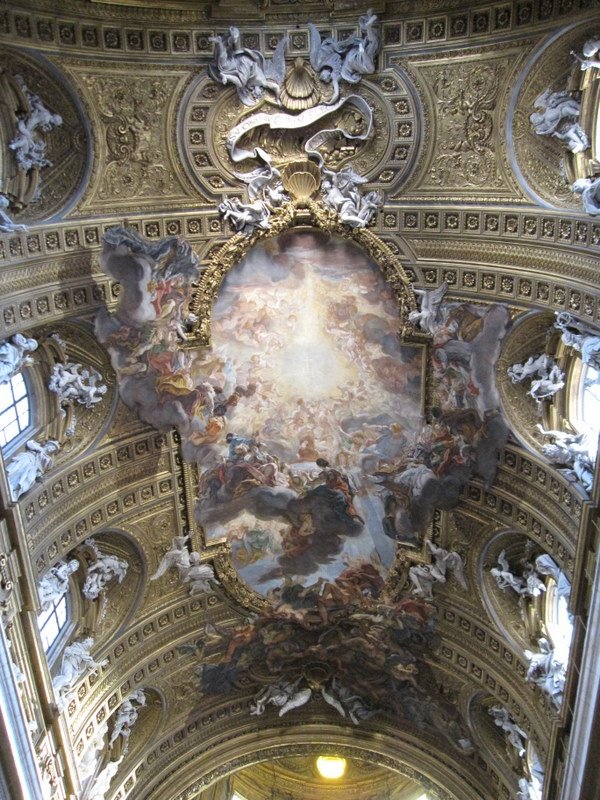 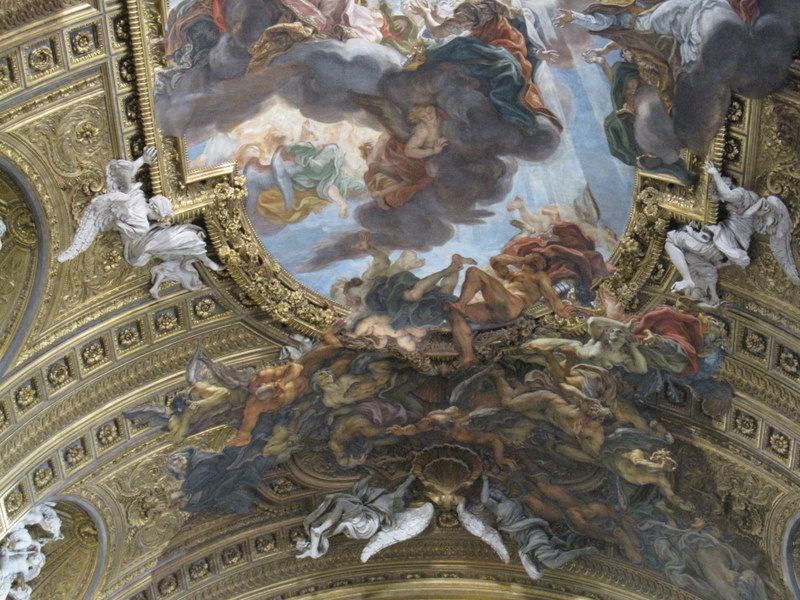 Ceiling frescoes are meant to deceive you into thinking that the angels and people depicted are really falling into your space. This one uses 3D stucco figures, as well as architecture and fresco, to create an illusion that’s very convincing when you’re there! Church of Il Gesu, ceiling by Baciccio.

And now the amusing pictures: 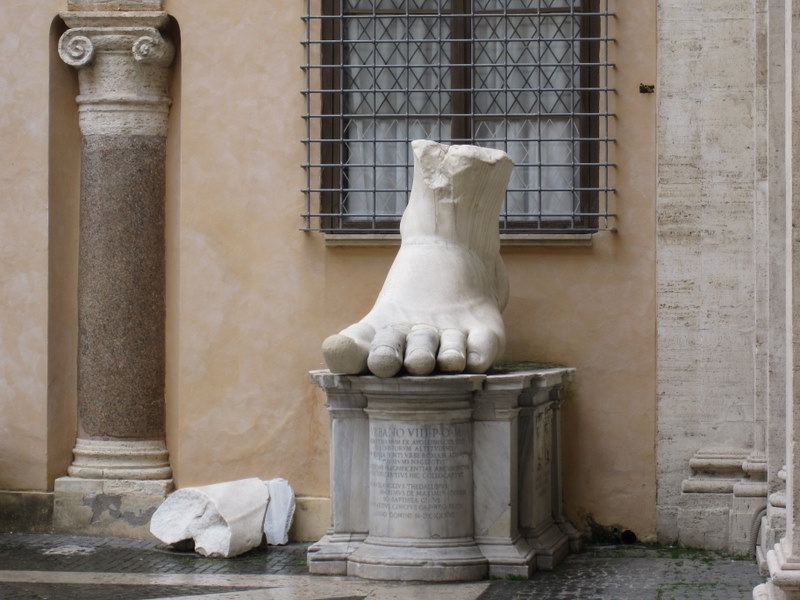 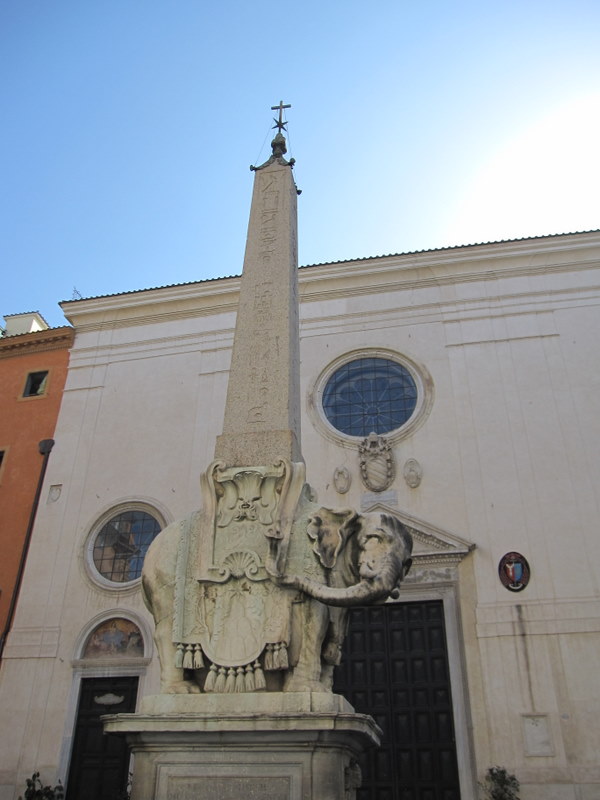 Left: Giant foot of Constantine, in the Capitoline Museum

Right: Elephant obelisk by Bernini. Bernini had a sense of humor, and this whimsical elephant is an example. The obelisk is probably just 8 or 10 feet tall, the smallest one in Rome, so he sculpted a tiny elephant to go with the tiny obelisk! The sculpture is much smaller than life size (for an elephant, of course, not a human). 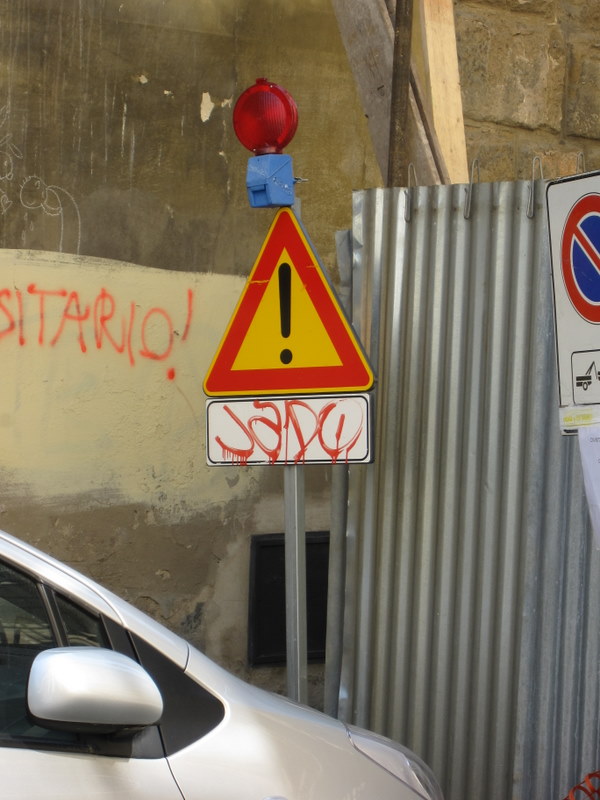 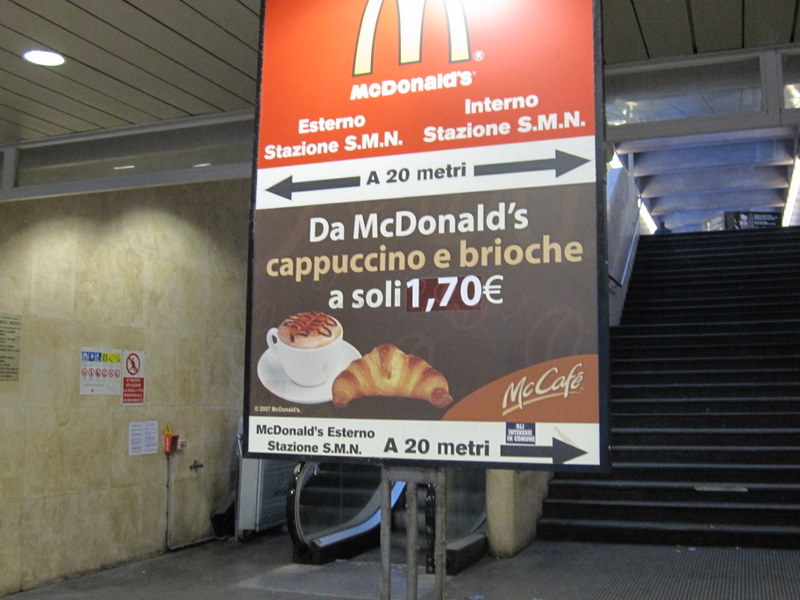 Right: In Italy, McDonald’s sells Italian breakfasts: cappuccino and a brioche, or cornetto (basically a croissant). I thought it was funny to see Italian food advertised on a McDonald’s sign! 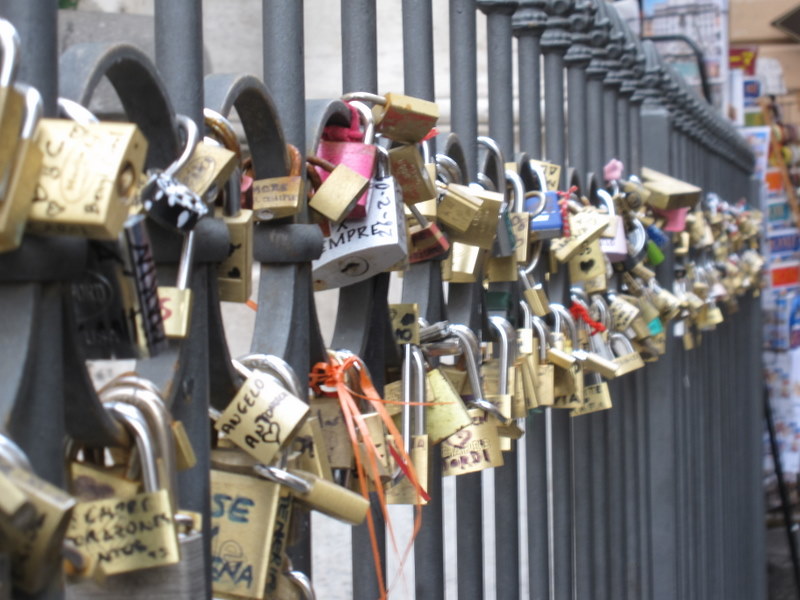 And more locks. I’ve been taking pictures of the locks wherever I go - I’ve seen them in Florence, Milan, Naples… these are from a church in Rome across from the Trevi Fountain, a popular hangout place, hence the large number of locks! (See my earlier post, 2/14, on Everyday Life in Rome for an explanation of the locks)