I spend almost half of my class time here in Rome visiting churches, so I thought I would share some of them with you! These photos are an accumulation of images from a variety of class trips for my Baroque and Late Antique/Early Byzantine art history classes. 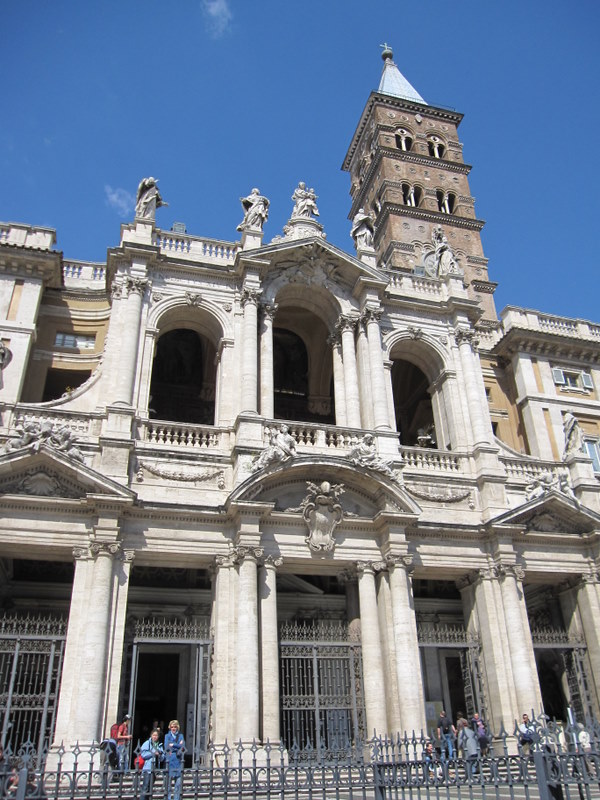 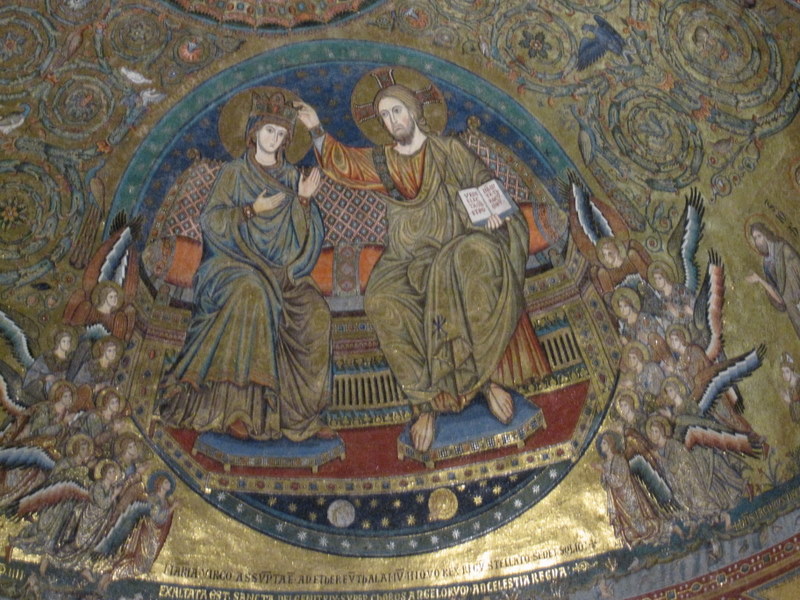 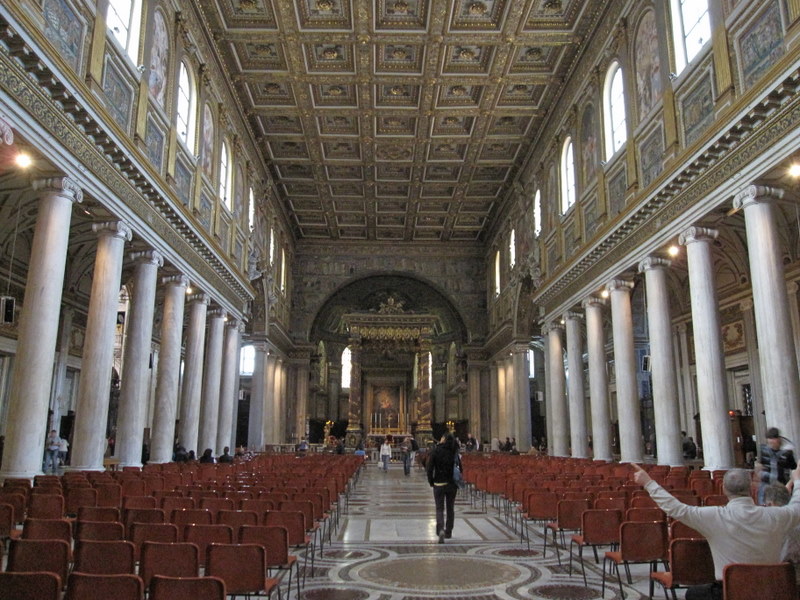 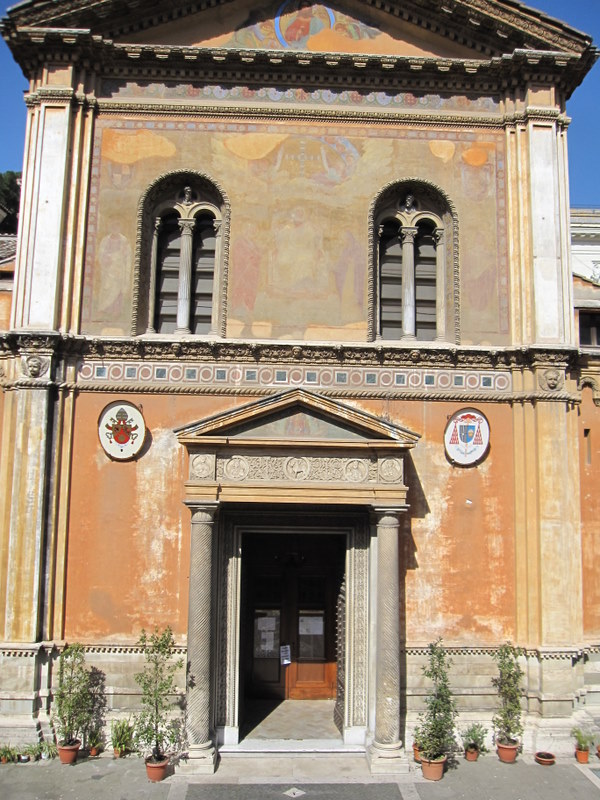 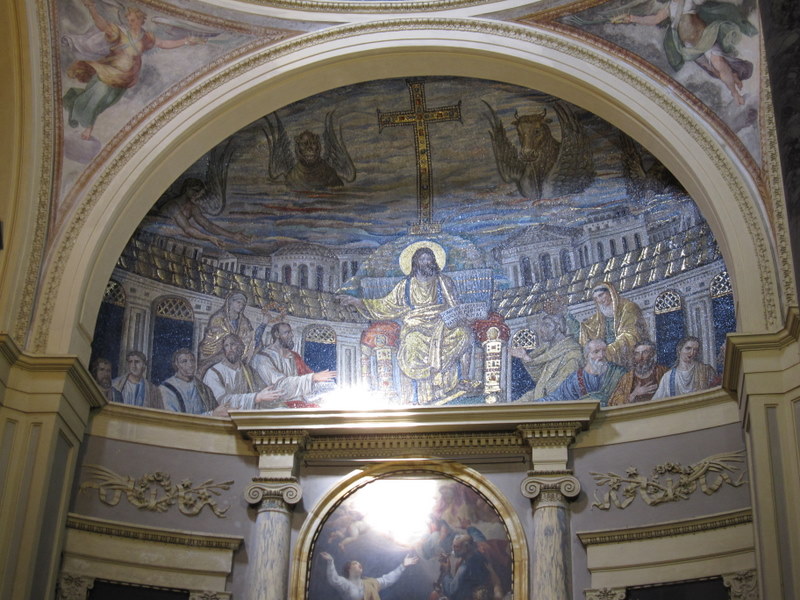 Santa Pudenziana and some fifth-century mosaics 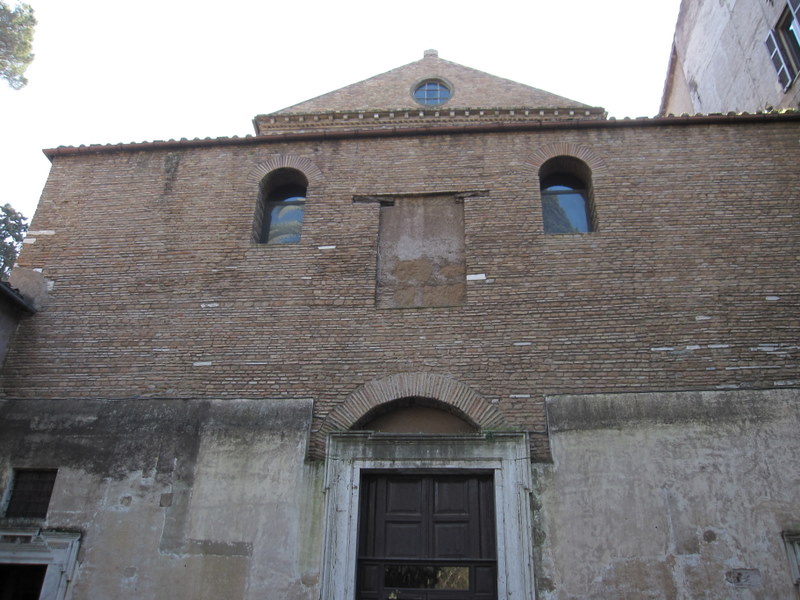 Sant’Agnese, church with 7th century mosaics in the apse 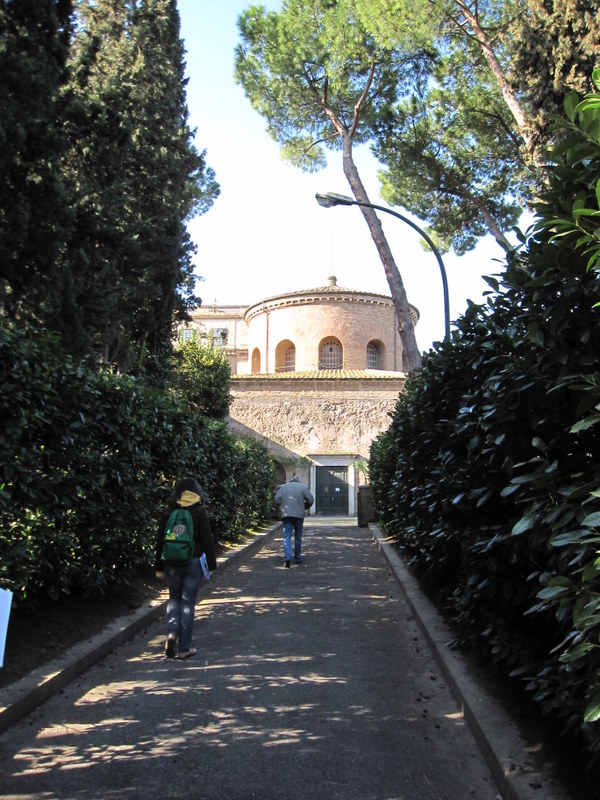 Mausoleum of Constantina, the daughter of Emperor Constantine (now known as Sta. Costanza) 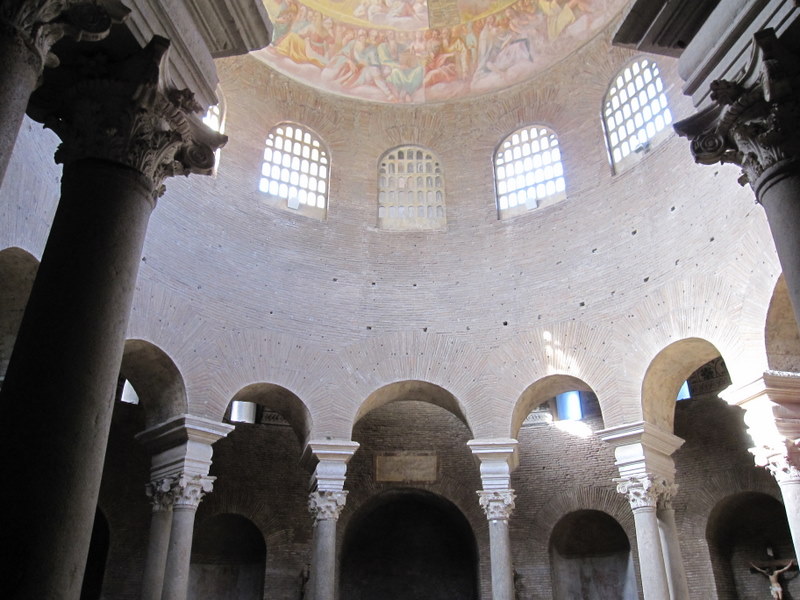 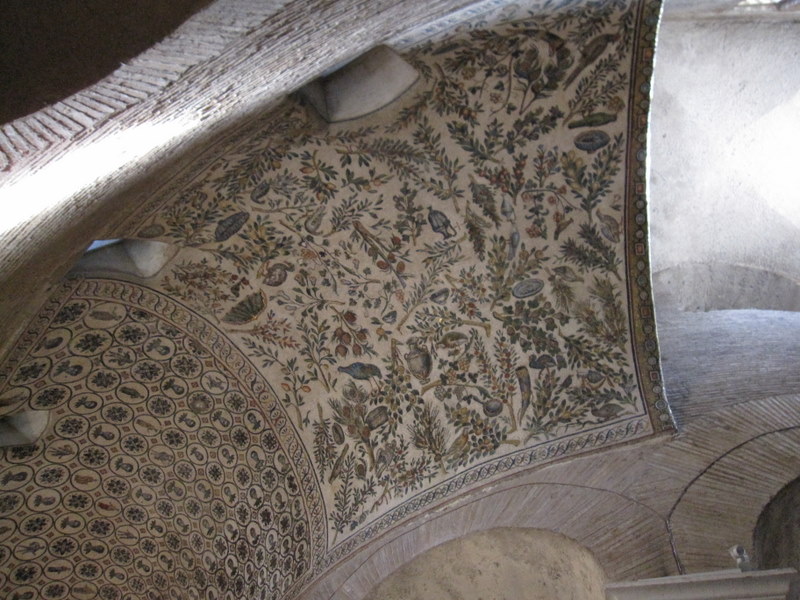 Interior of the mausoleum: it’s circular in plan, and the vault of the ambulatory is covered in mosaic 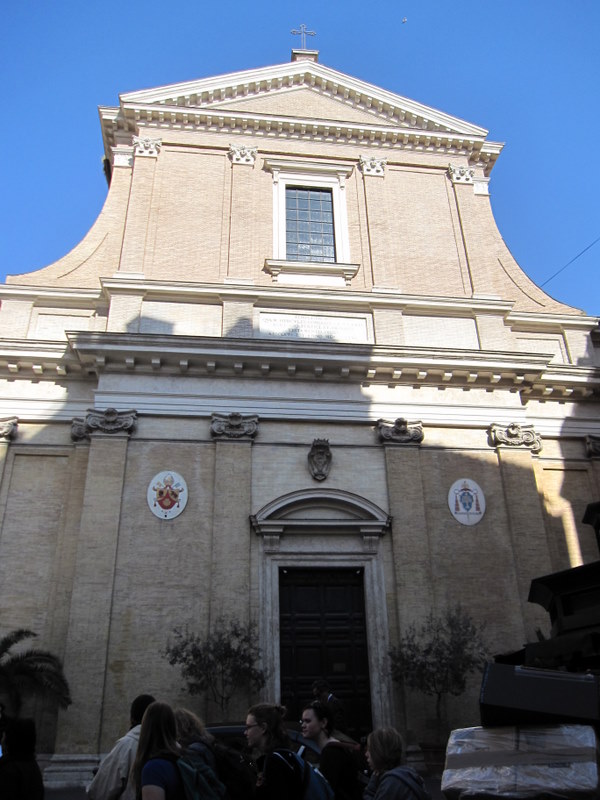 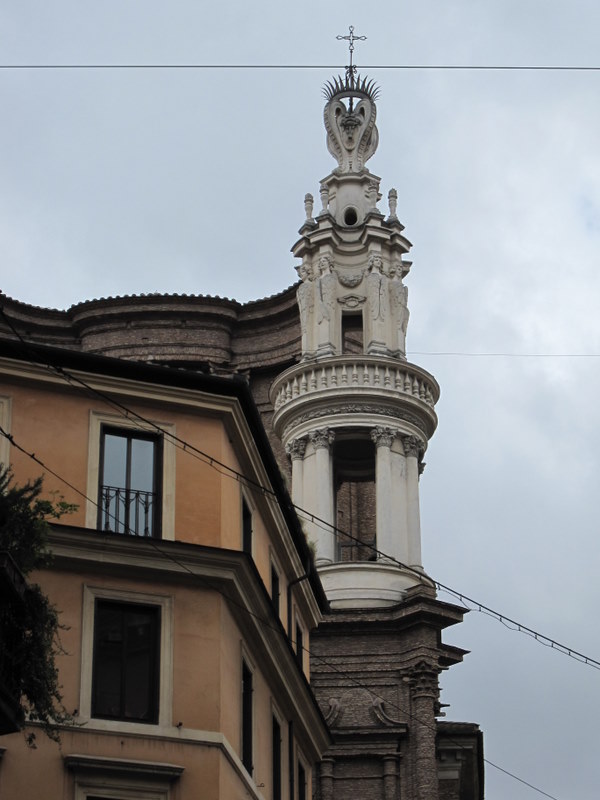 Sant’Andrea alle Fratte, a church I wrote about for a paper (front at left and back with belltower by Borromini at right) 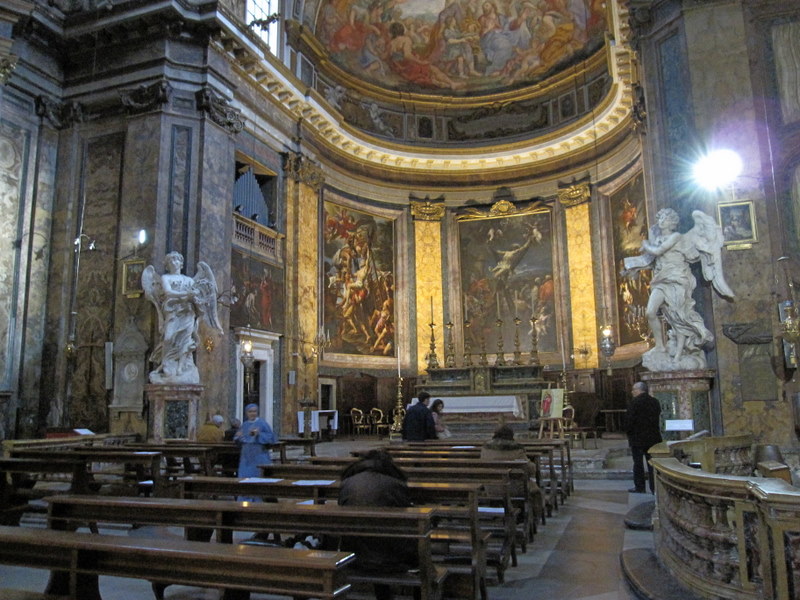 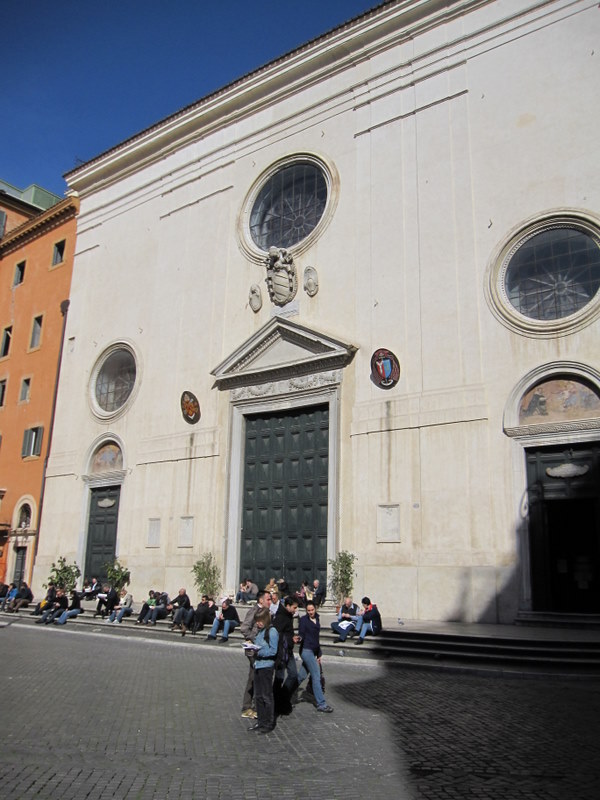 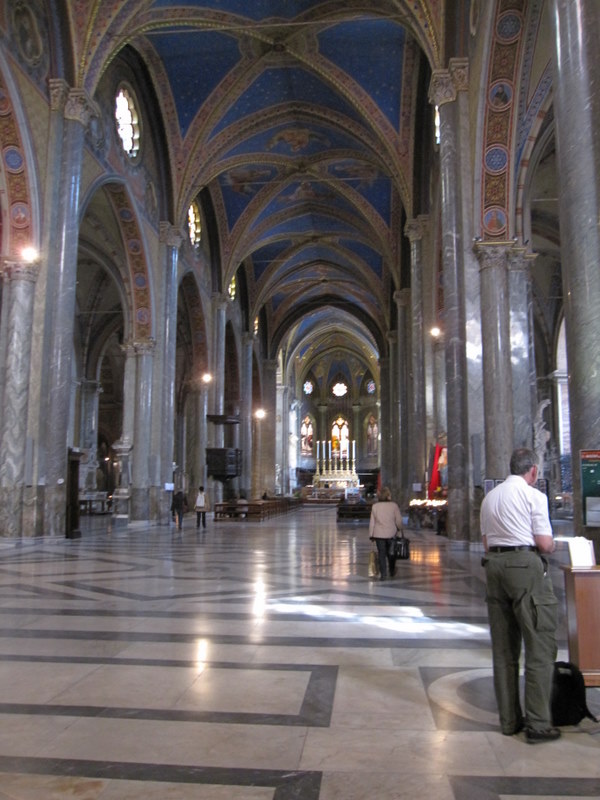 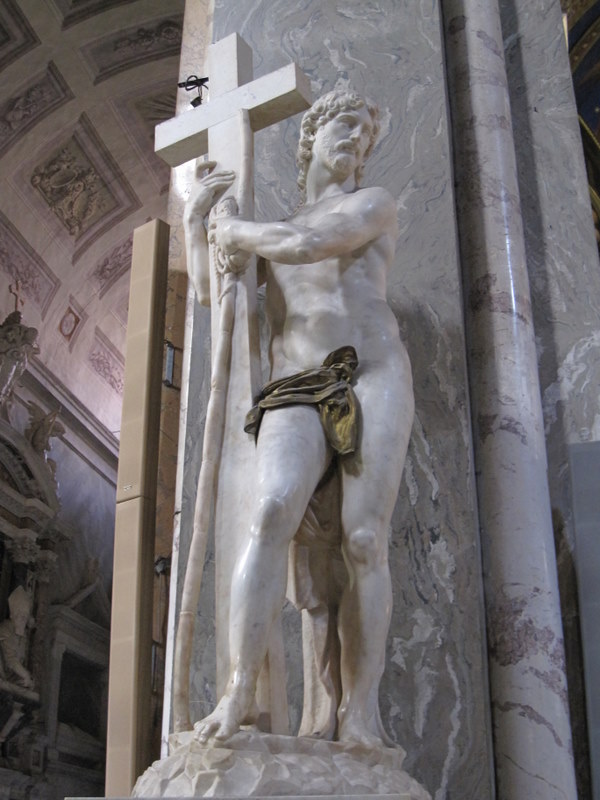 Interior of Sta Maria sopra Minerva; at right, statue of Christ by Michelangelo 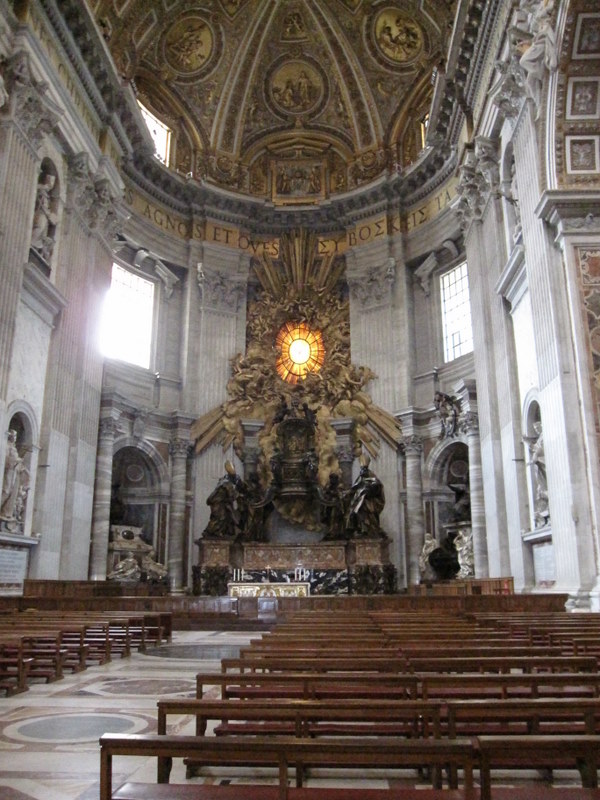 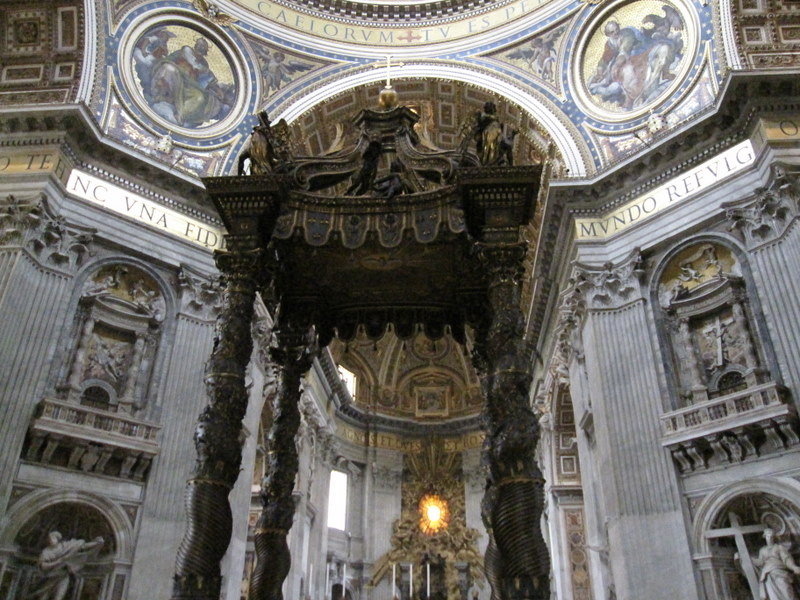 The Chair of St. Peter by Bernini, inside St. Peter’s Basilica, and the baldacchino by Bernini and Borromini 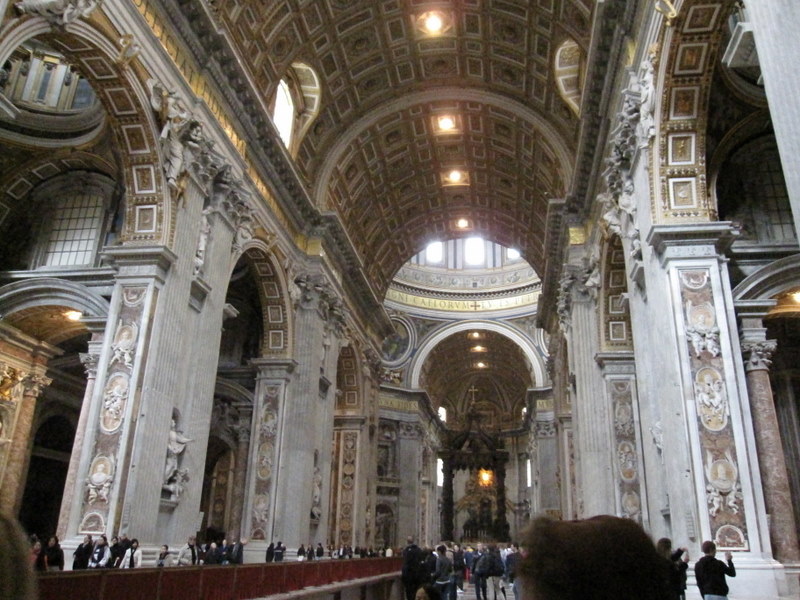 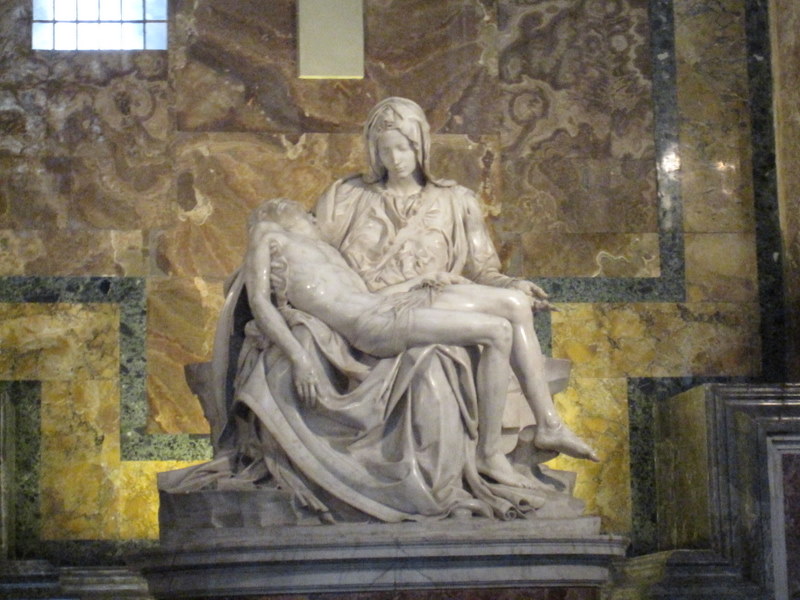 The interior of St. Peter’s at left, and at right, Michelangelo’s Pieta, which is located inside the church 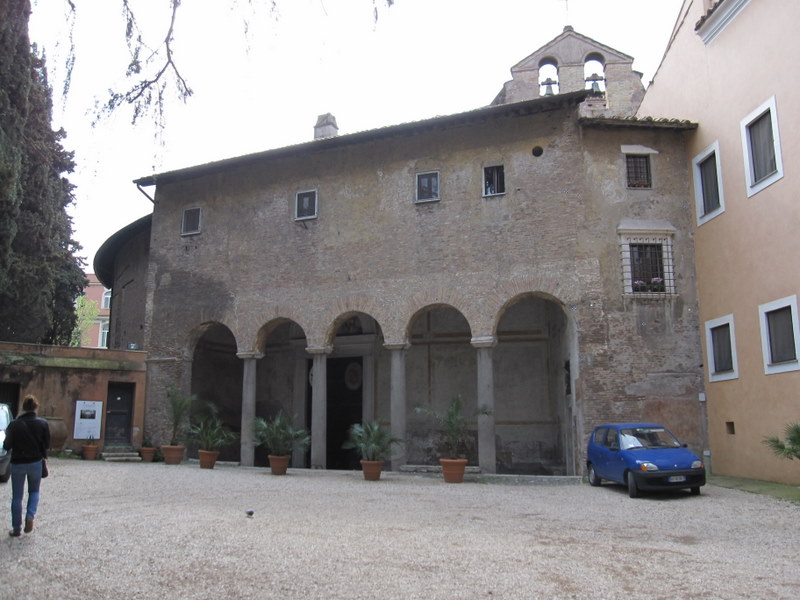 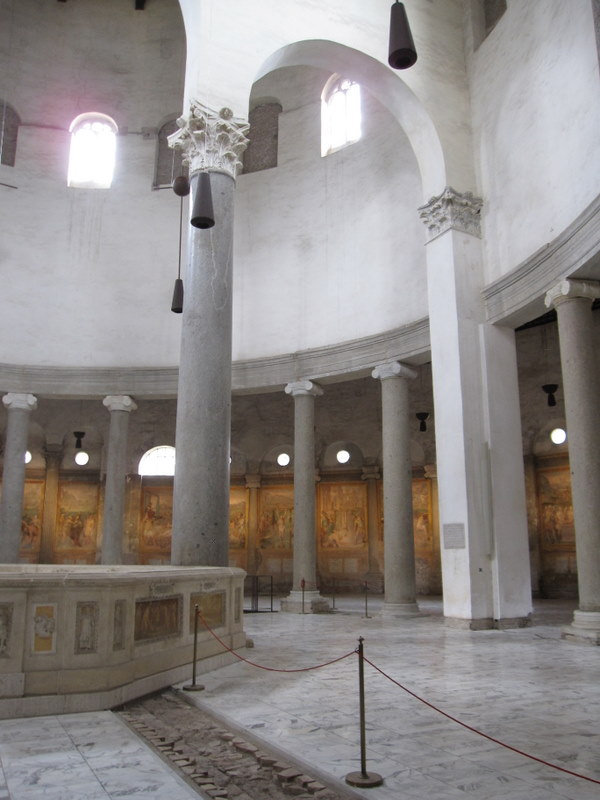 Santo Stefano Rotondo: one of the rare Early Christian centrally-planned churches (it’s a circle on the inside). 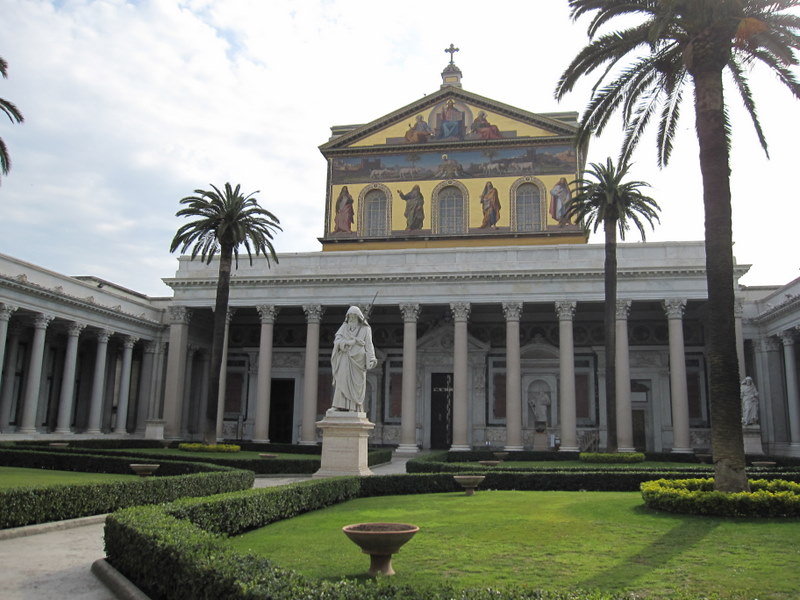 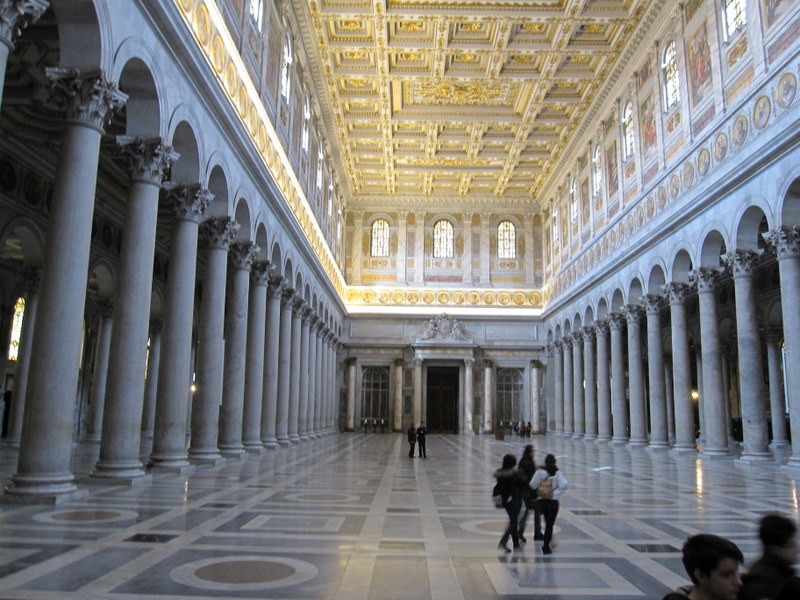 St. Paul’s Outside-the-Walls, an Early Christian basilica that burned down in the 1800s and was rebuilt as a copy of the original. It gives you a good sense of how big and monumental churches were in the mid-fourth-century (350s).