For Easter we decided to stay in Rome and to go to St. Peter’s Square after the morning mass to try to see the pope’s benediction! We made it just in time, and even managed to get into the square. It was so crowded that the Vatican police would only let in a few people at a time, but we pushed our way to the front and got let in. Of course, the pope was still far away, but visible, and we heard the benediction in all the languages. 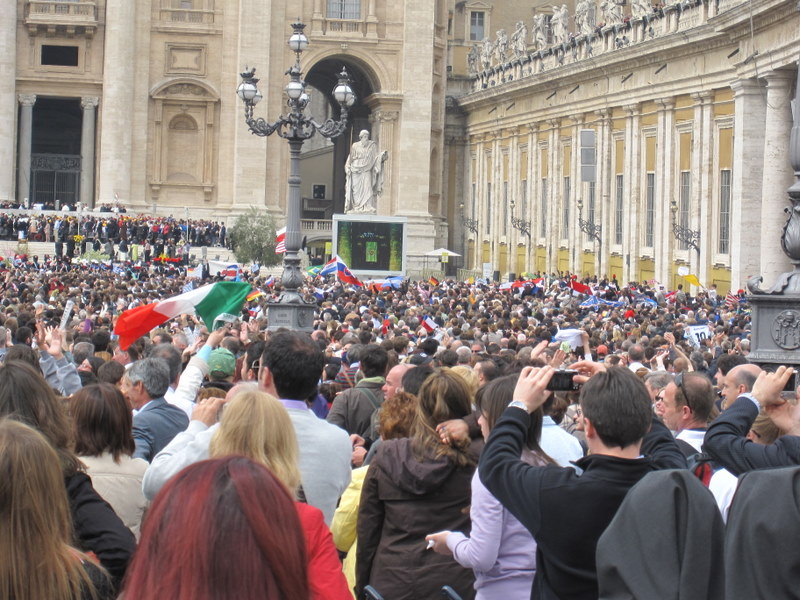 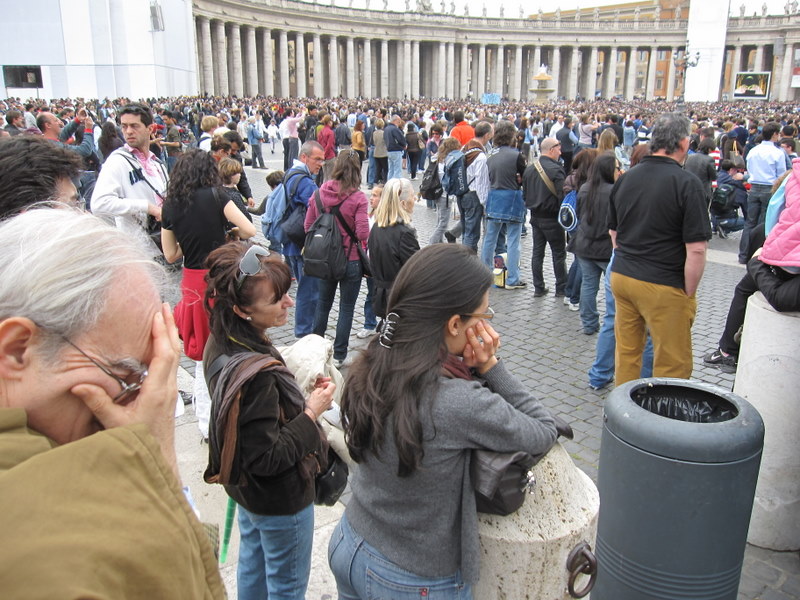 The crowds were huge! 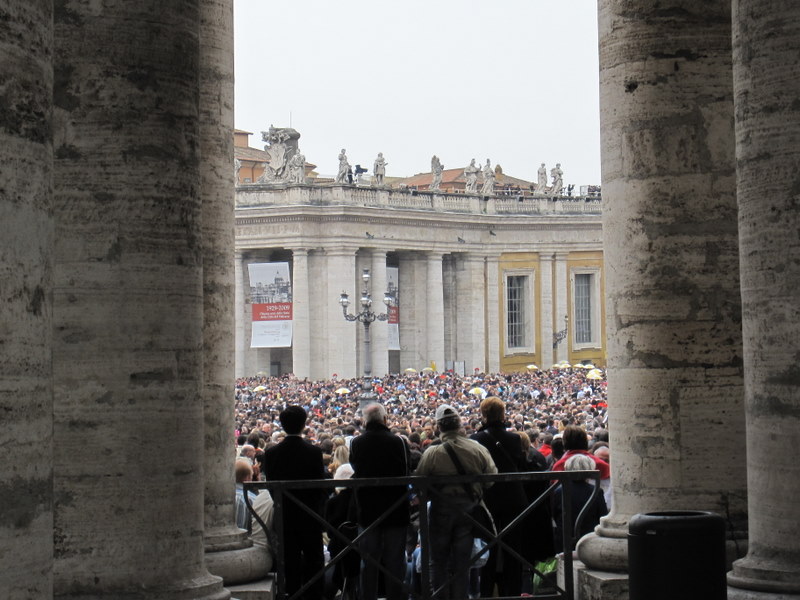 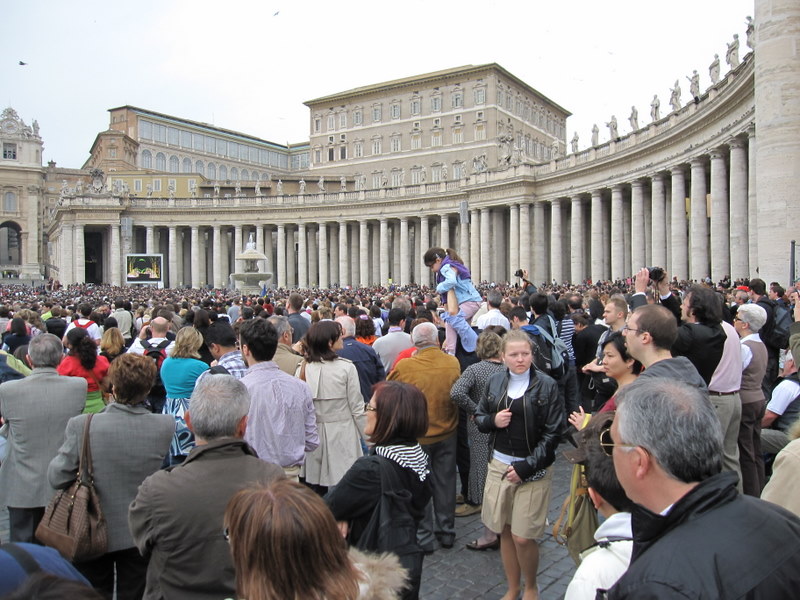 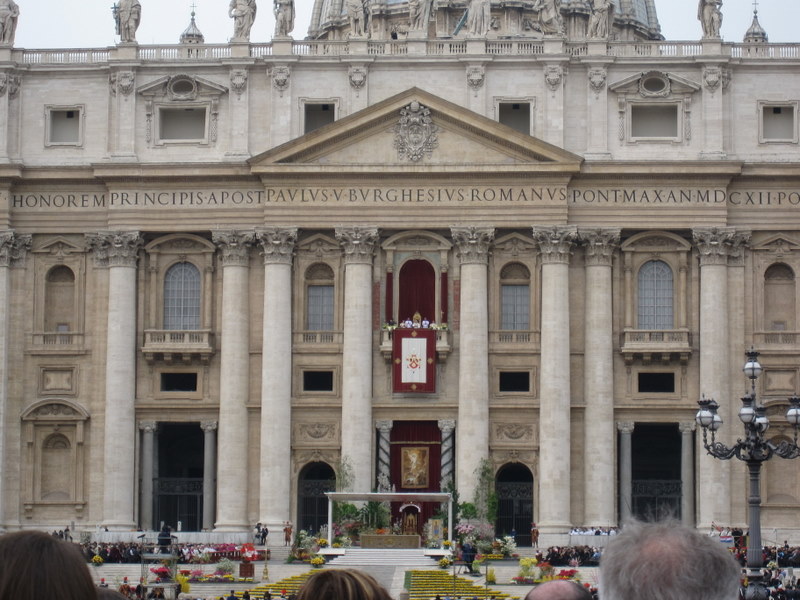 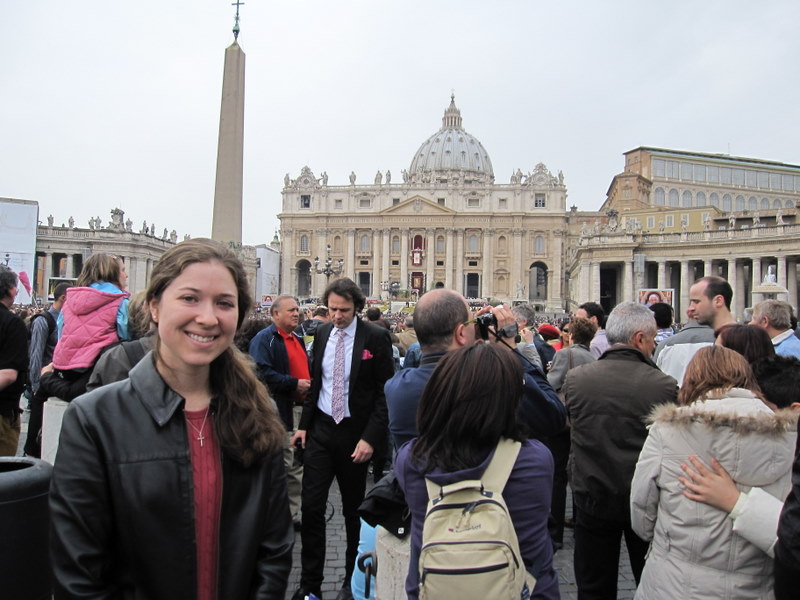 The pope is there in the center window giving the benediction.

Before that, though, we celebrated by having Italian Easter eggs: Italians (and other Europeans as well) have giant hollow chocolate eggs instead of the bunnies that are traditional in the US. The eggs usually have a surprise inside! I hid our eggs and made Sara look for them – she was a good sport about it. Here I am with the eggs! 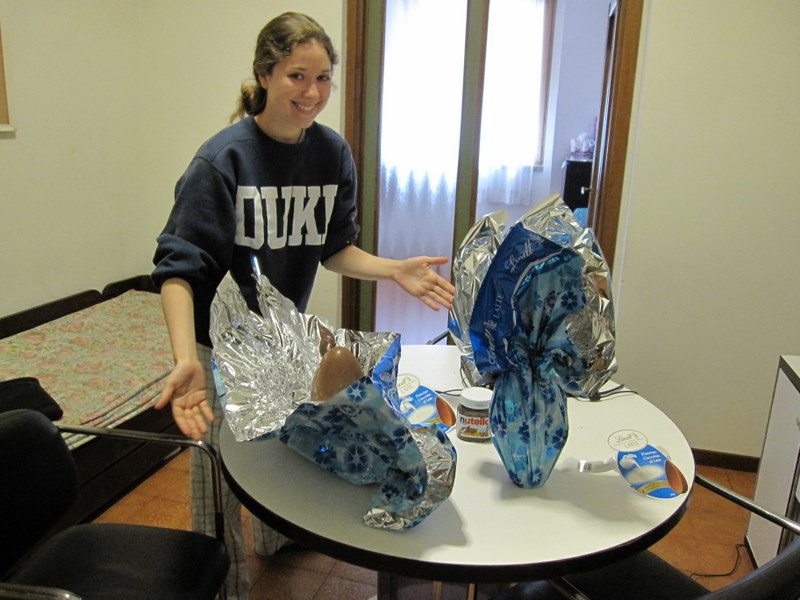 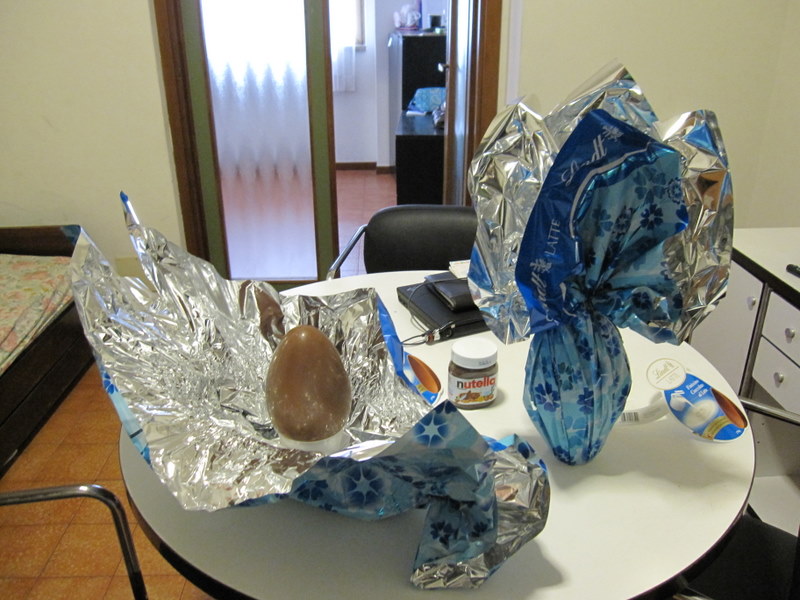 This weekend (the weekend after Easter) all the Easter cakes have been on sale, and we were able to get three for five euro – so we got three different kinds to try! Easter cakes shaped like doves (colombe) are an Italian tradition. They’re more like coffee cake than real cake, but still pretty tasty. 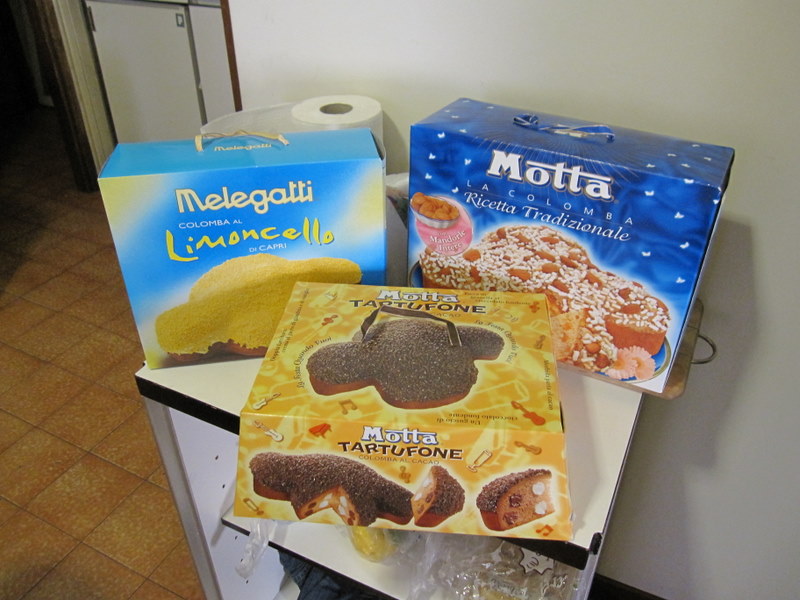 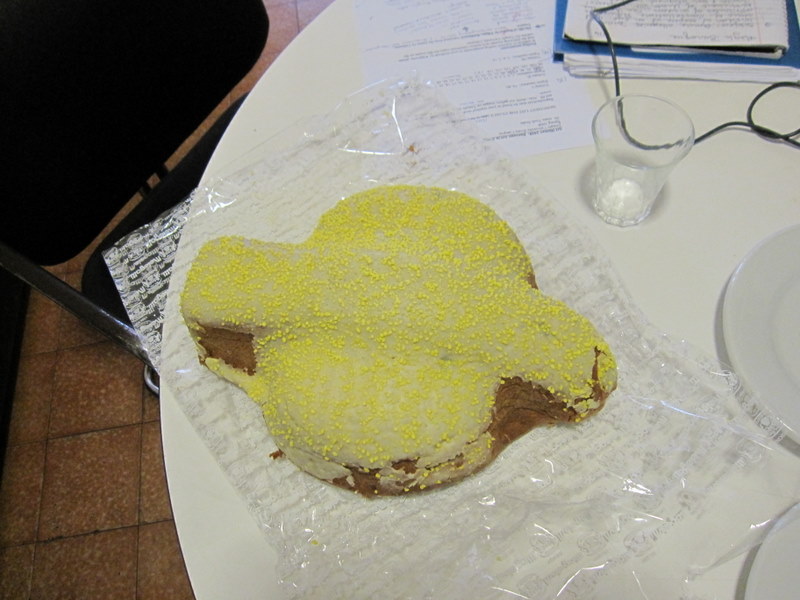 Dove cakes come in many flavors - we got a lemon cake, a traditional one, and a chocolate one!

Easter Weekend we also went to the Baths of Caracalla, which is a great place for a picnic, we discovered. The weather here has been beautiful so it was nice to wander around for an hour. 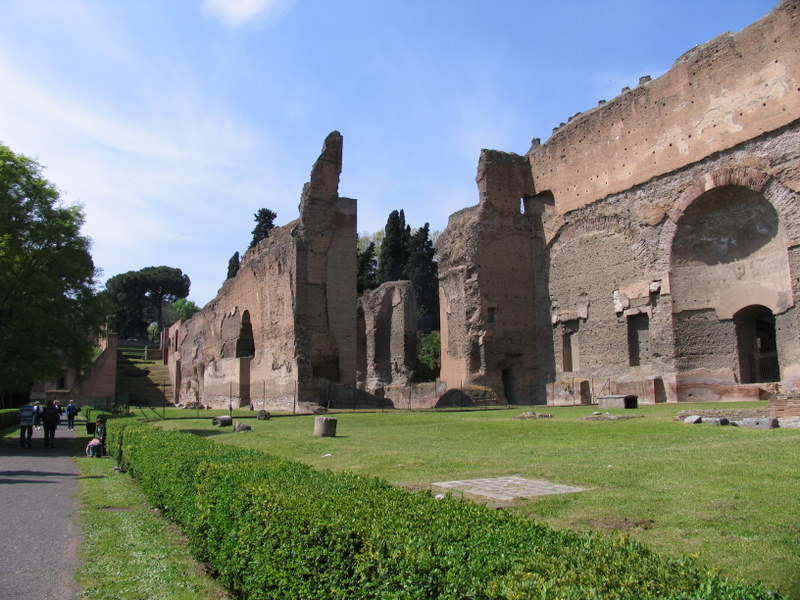 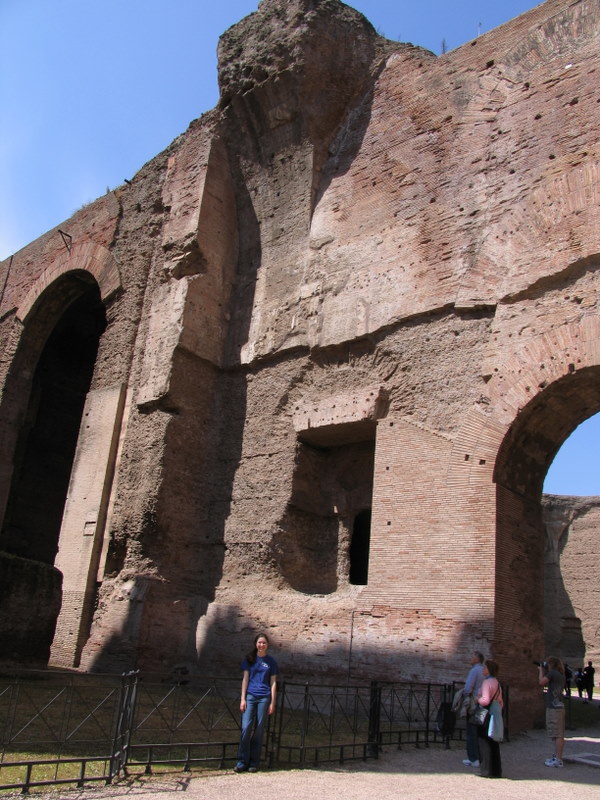 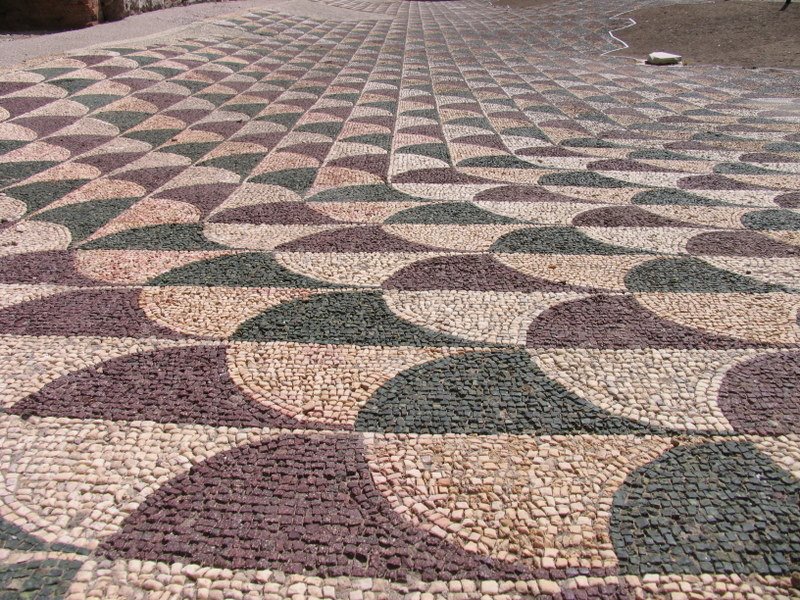 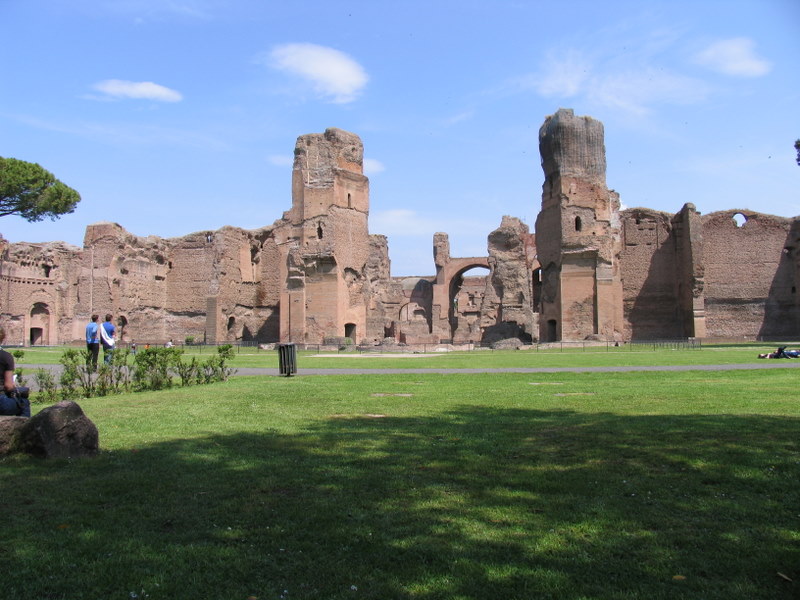 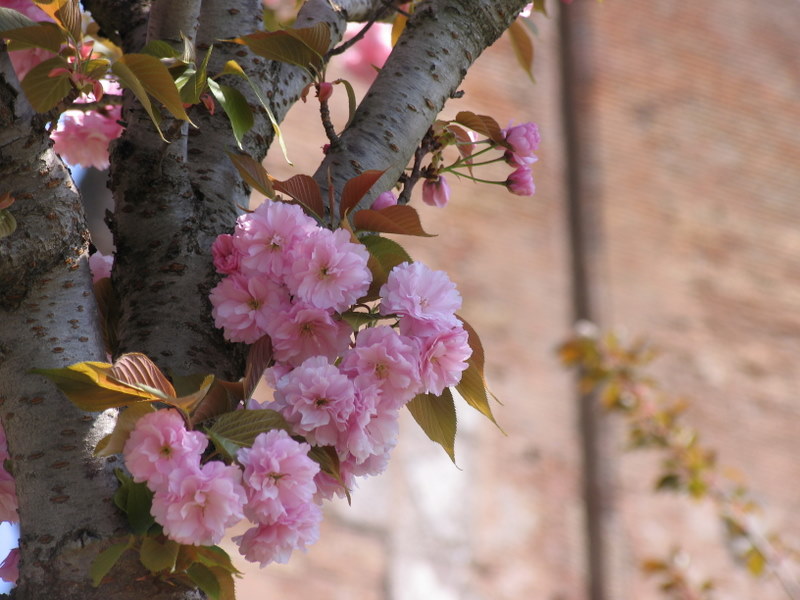