Currently here in Rome it’s the weekend before finals week! In the interest of getting all my pictures posted from the past few weeks before I return home, I’m going to try to do shorter posts but more of them. Feel free to e-mail me if you’d like more comments or information!

The weekend of March 28-29, Sara and I went to Milan! Milan, in northern Italy, has many buildings influenced by the Gothic styles of northern Europe, including its Gothic cathedral: 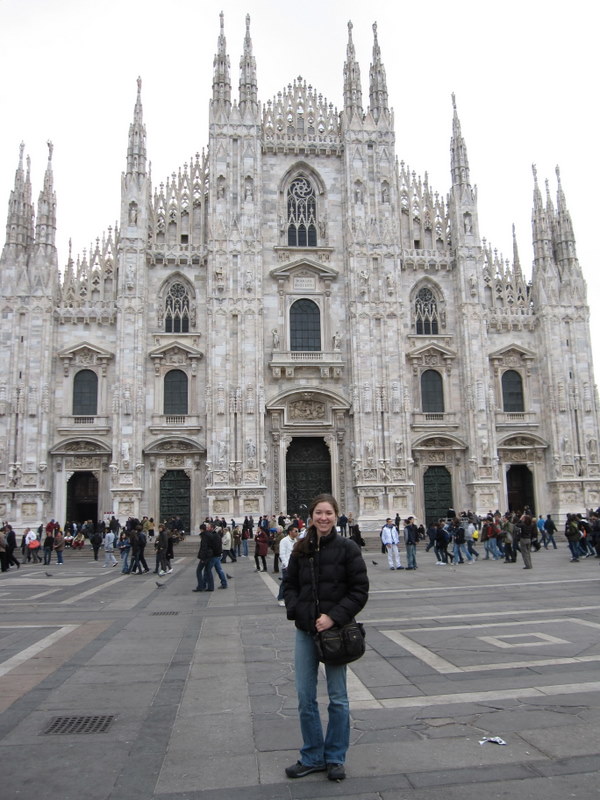 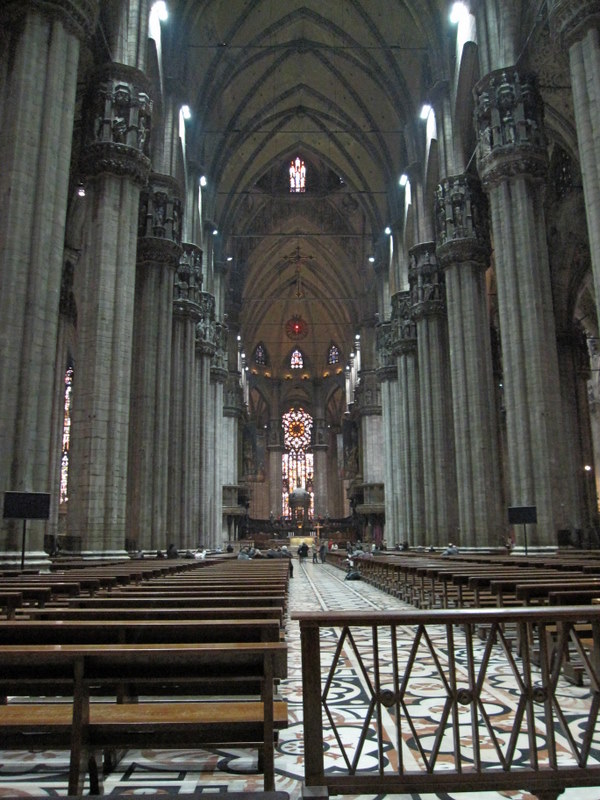 But Milan also has a history that goes back to the Romans, when the city was called Mediolanum and was the capital of the western Roman empire. The building below at left dates to that period, in the 4th and 5th centuries AD. Of course, much of it has been rebuilt, but the church of San Lorenzo is very old and might have belonged to the imperial family. At right below is the Renaissance church of Santa Maria delle Grazie, the church whose convent is home to Leonardo’s Last Supper fresco (which we did not go see). 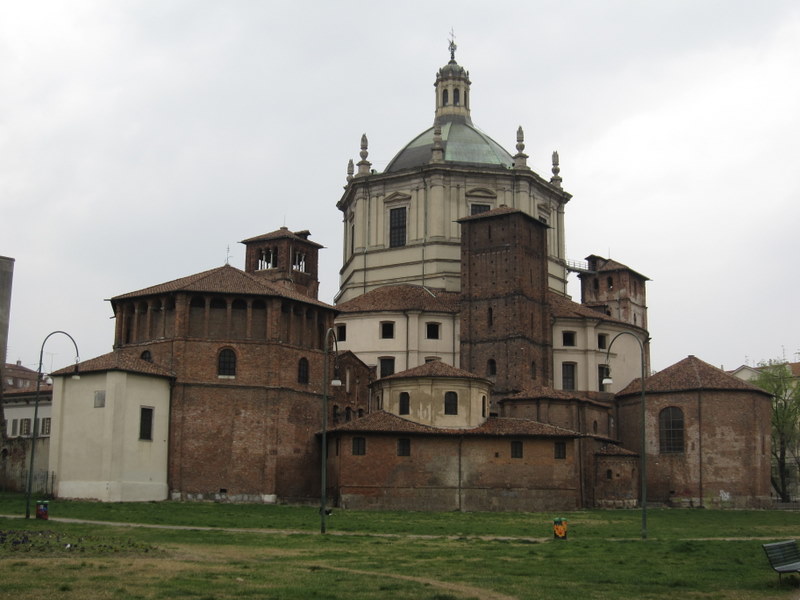 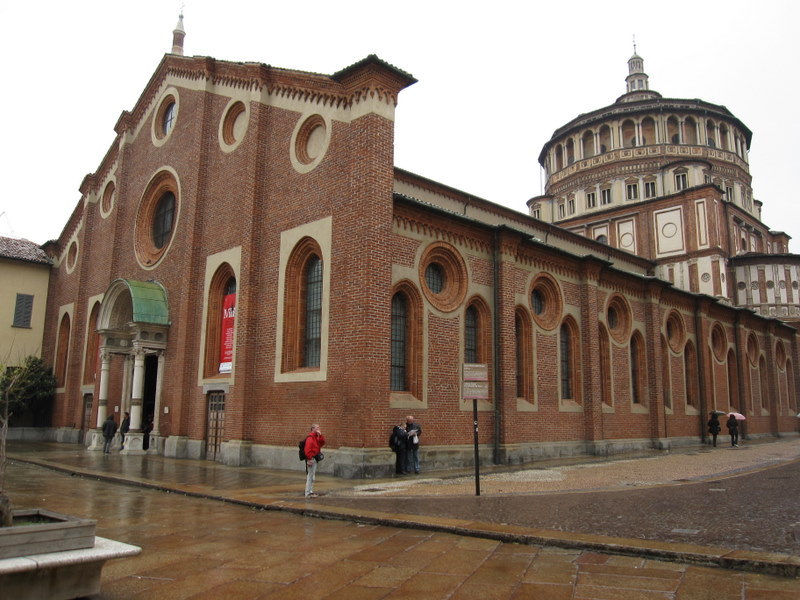 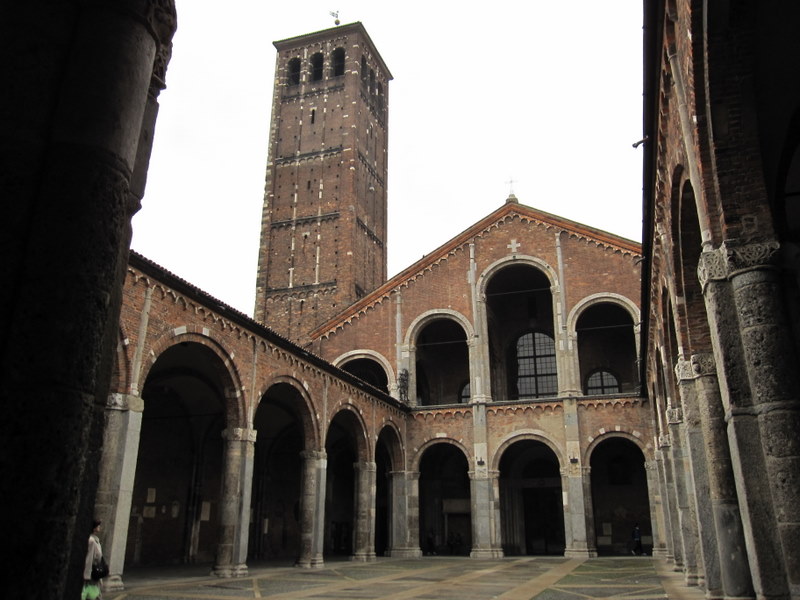 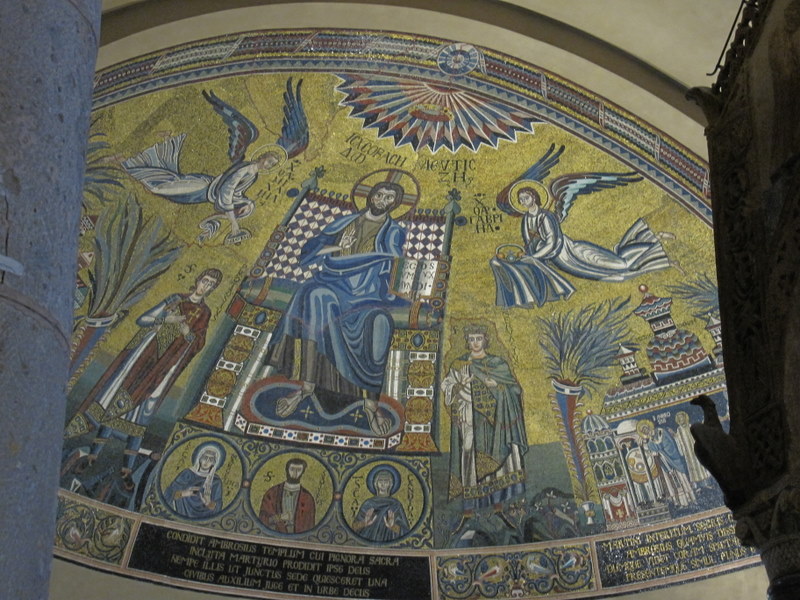 Sant’Ambrogio and its apse mosaic

In the early middle ages, Milan was important for its bishop (later sainted) Ambrose, who built several basilicas to house relics that he either imported or miraculously “discovered” in Milan. He is buried between two saint/martyrs in the church above, which is now named after him. 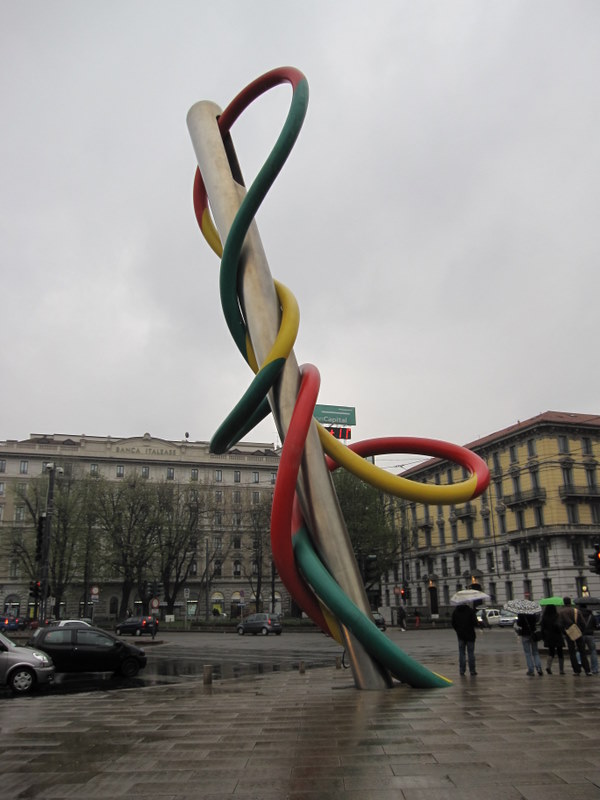 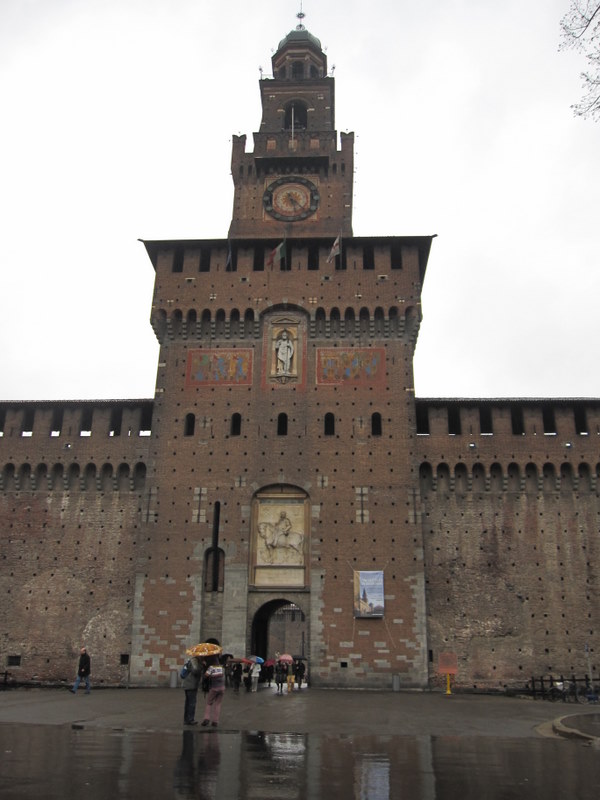 Left: a needle and thread by Claus Oldenburg; at right: Castel Sforzesco

Milan today is home to a thriving international design scene, with public art by famous contemporary artists like Oldenburg. The Castel Sforzesco (a medieval castle) has many different art galleries and museum collections in it.

The main reason we went to Milan, though, was to go to the opera! Sara (my roommate) is an opera buff whose favorite composer is Verdi, so we went to see “I Due Foscari,” a Verdi opera, in La Scala, the most famous opera house of Italy. The opera itself wasn’t Verdi’s best work, but it was a neat experience anyway. 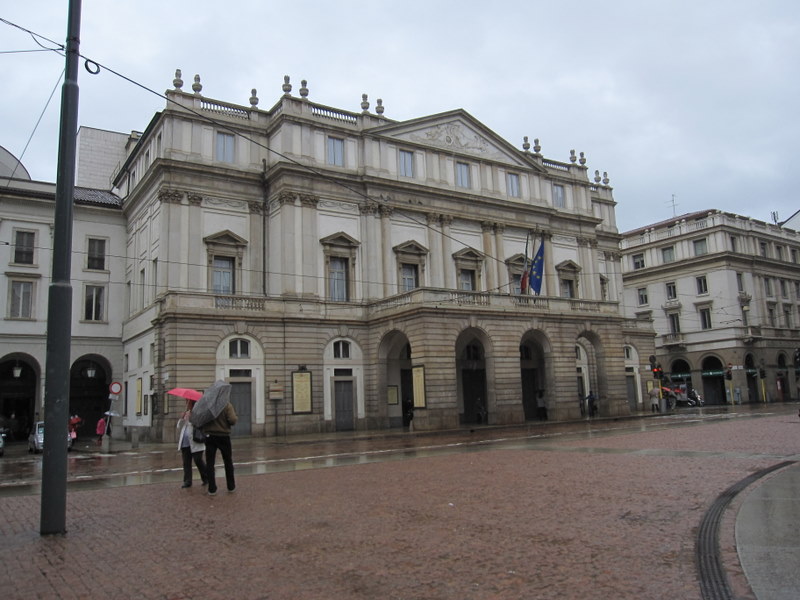 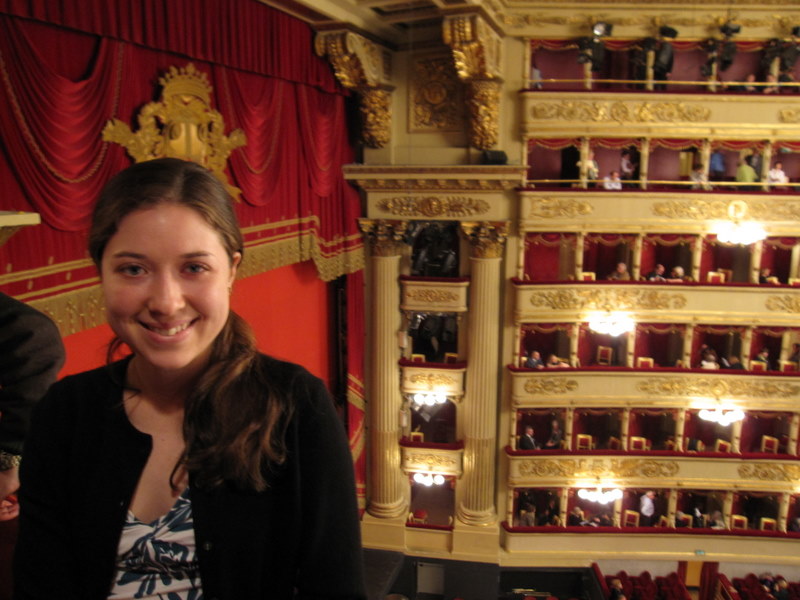 Left: Teatro alla Scala, and Right: me, inside, at the opera!

Milan was a really interesting city, with many layers of history visible, unlike Rome where the ancient seems to be given precedence everywhere. Unfortunately it rained the entire time we were in Milan, so we didn’t get to see as much as we wanted, but that just means I’ll have to go back sometime!