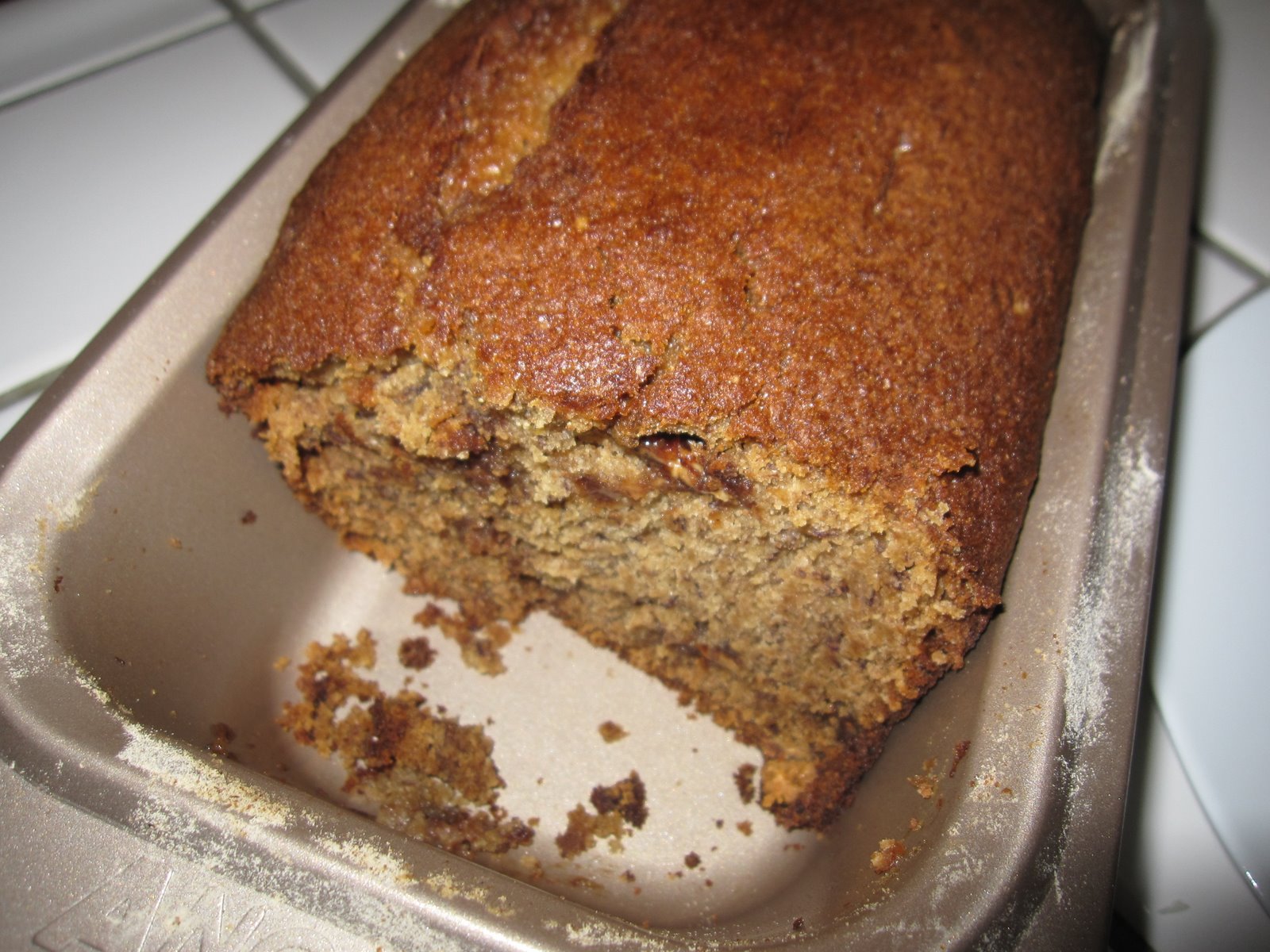 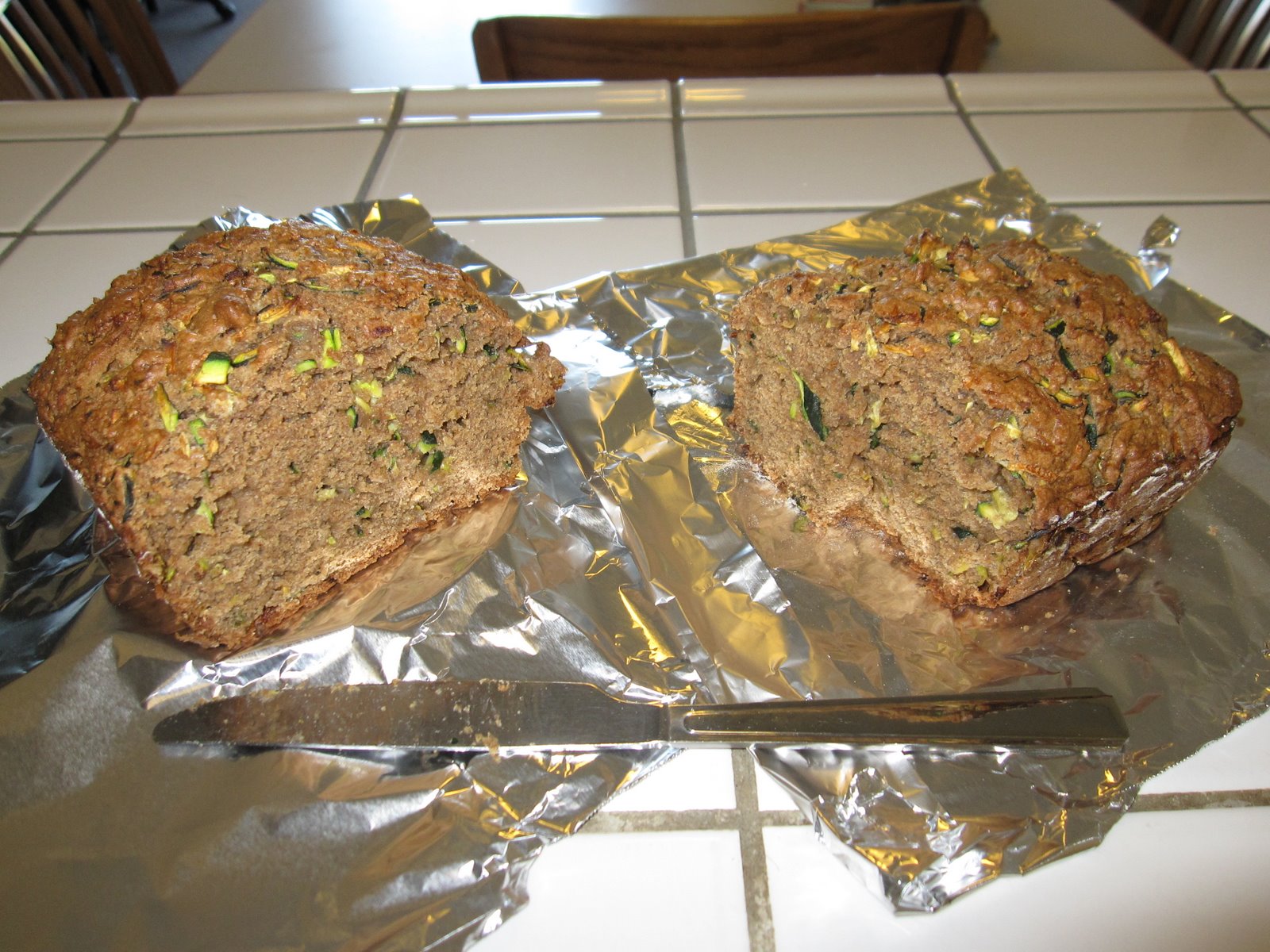 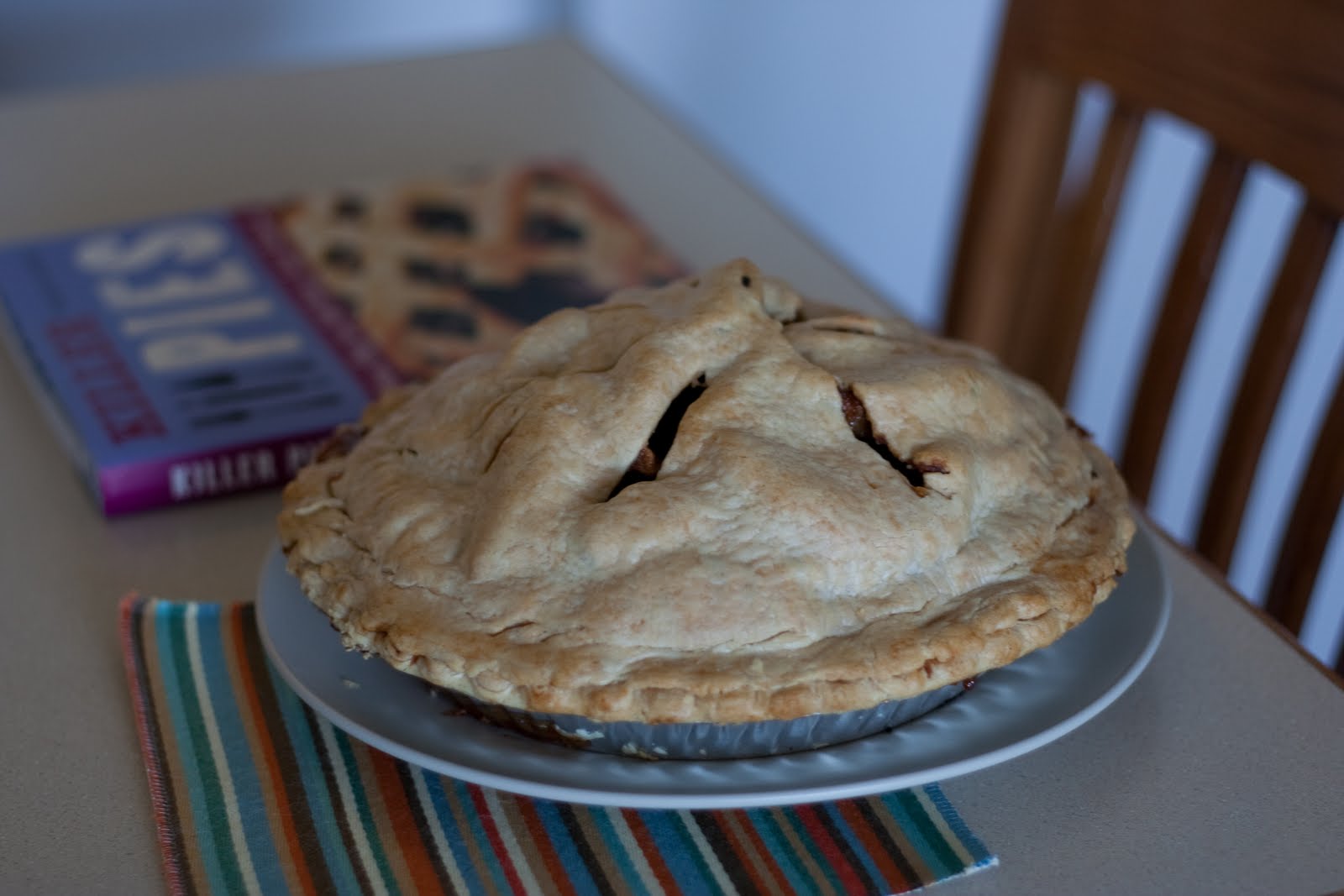 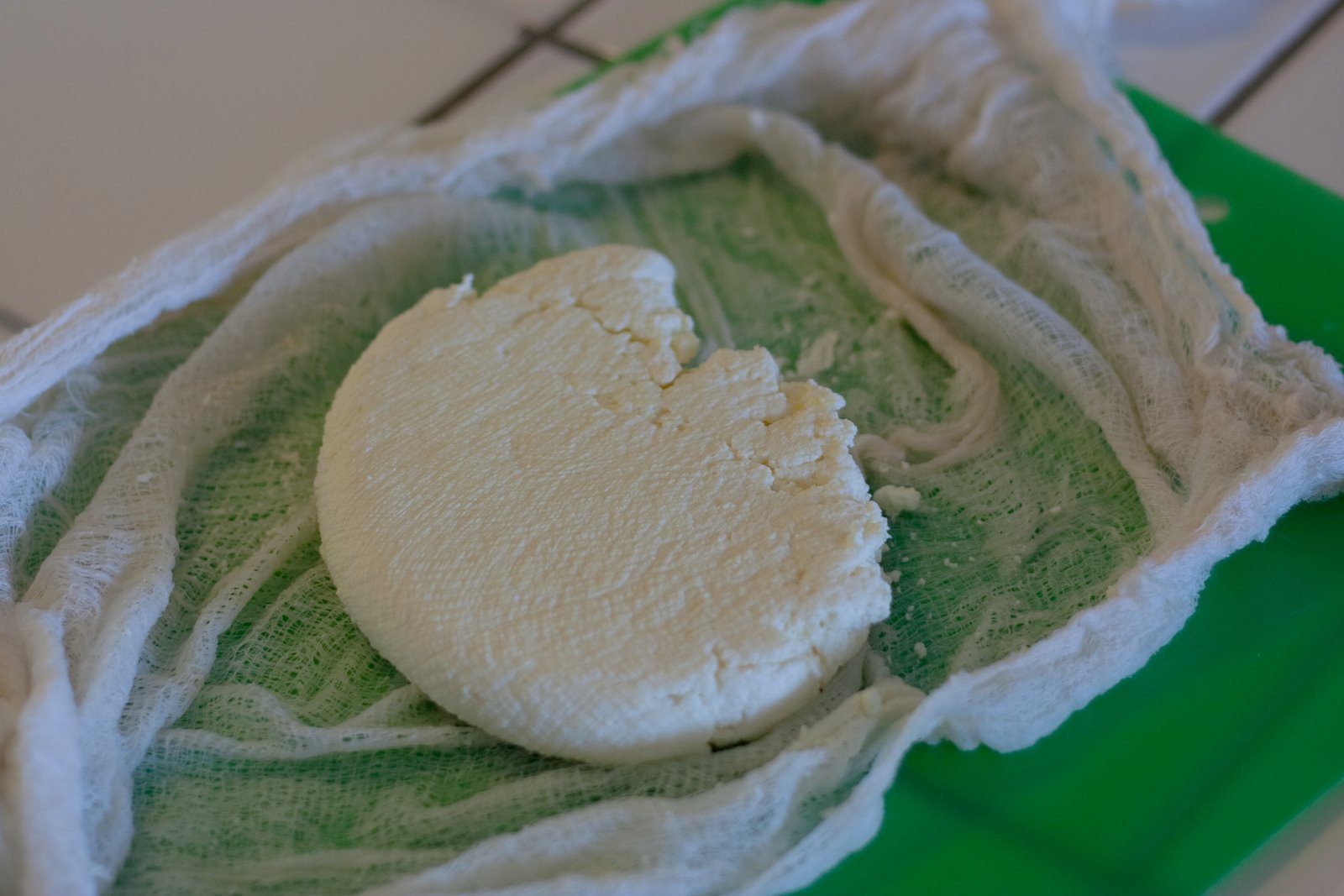 So though I promised to try to post more often this summer than I usually do, I haven’t had the time! What have I been doing? Well, aside from working and cleaning (note to self: must get a dishwasher for my next apartment), I’ve been baking. So far I’ve made banana bread, zucchini bread, and an apple pie.

The zucchini bread came out a little drier than I expected, and with pretty obvious pieces of zucchini in it, but it was still tasty. I didn’t have a grater so I just chopped the pieces - maybe next time I’ll cut them up a little finer! But for a bread using only oil, no butter, it came out well.

The apple pie was great! I used a store-bought crust and cobbled together a recipe based on several in my new “Killer Pies” cookbook. The only thing I didn’t like was how much the apples cooked down, leaving a crust “dome” over the pie filled with nothing but air. But it was tasty. For my next attempt I think I’ll try making my own oil-based crust, probably a peach and blueberry pie.

This isn’t a baked good but still interesting - Justin & I made paneer, Indian farmer cheese. It wasn’t even very difficult, and turned out well. We used the paneer in matar paneer, which was delicious. We had more difficulty with the masala dal (yellow split peas) we tried to make, and will have to try them again. But overall, much success in the kitchen so far this summer!