This week I finally made pie #2: peach-blueberry pie with homemade vegetable oil crust. Since Justin doesn’t like butter and I rely on him to eat a large percentage of any pie I make, I decided to try making a crust without butter. I also don’t have the necessary equipment for cutting in the butter (ie a food processor) so an oil-based crust seemed simpler. Unfortunately, the crust didn’t hold together well, and although it tastes fine with the pie, it’s a bit tough. I think I’ll go back to store-bought crusts for now! The filling was good, even though I used store-bought frozen blueberries; the peaches were ones I got fresh, then cut up and froze. They tasted much better in the pie than they did on their own! 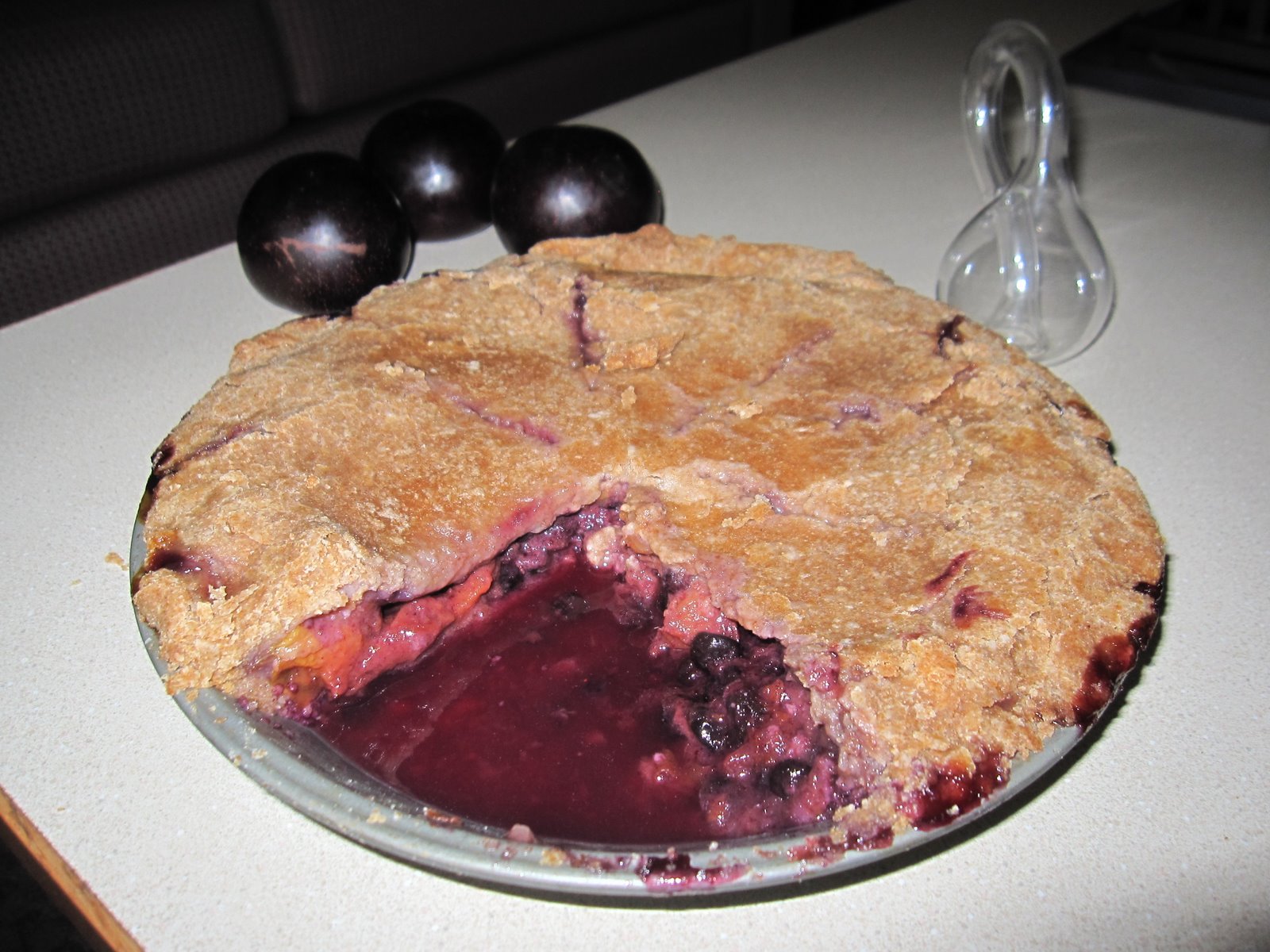 This week I also got a CSA (community-supported agriculture) box, and here’s what was inside: 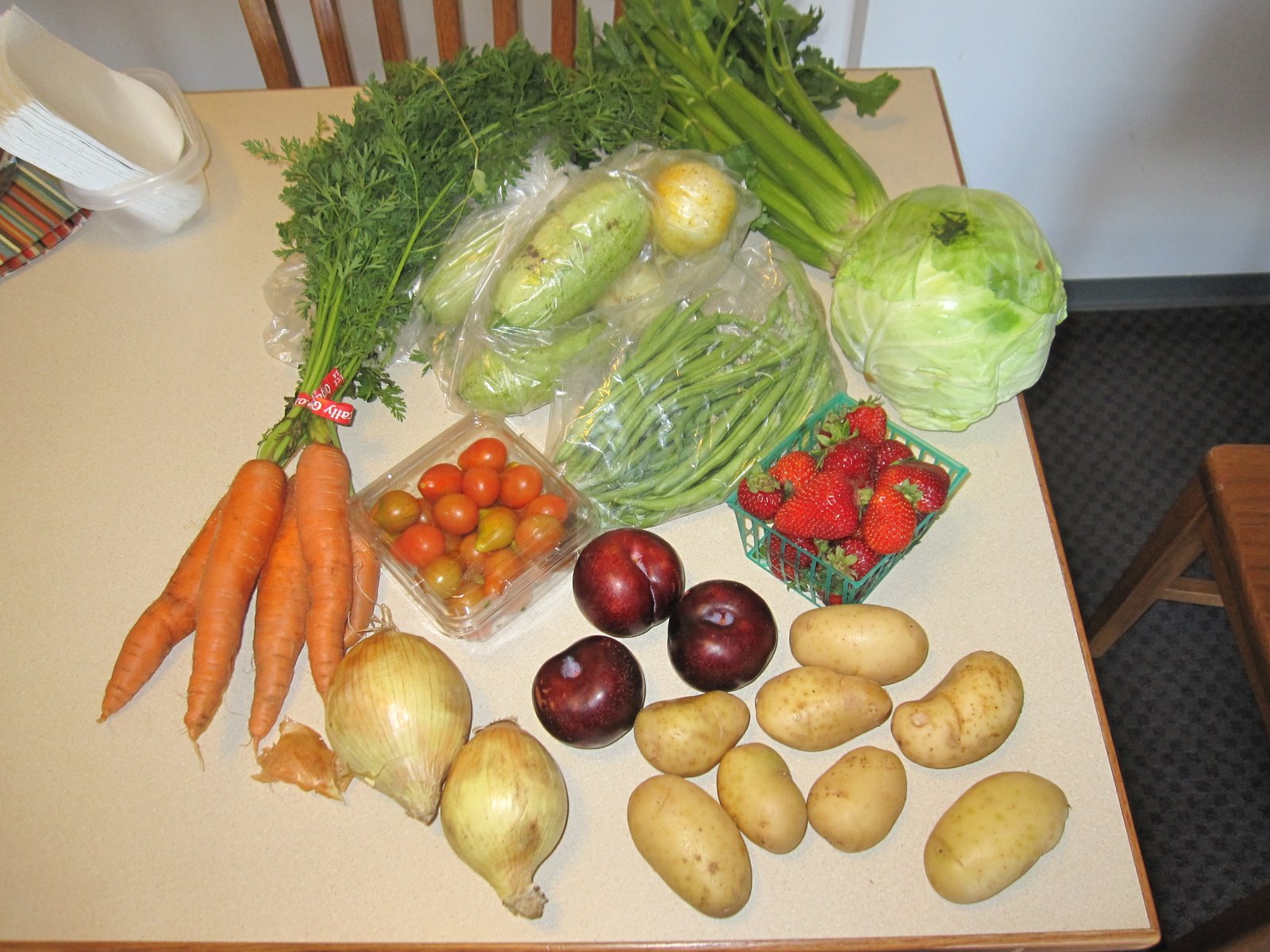 I got two types of squash that I thought were zucchini, but one actually turned out to be round cucumbers! Even more surprisingly, they were tasty! I don’t usually like regular English cucumbers, of the long dark green variety, but these cucumbers were milder and much tastier. The plums were also very good.

I forgot to post a photo of the previous box I got: 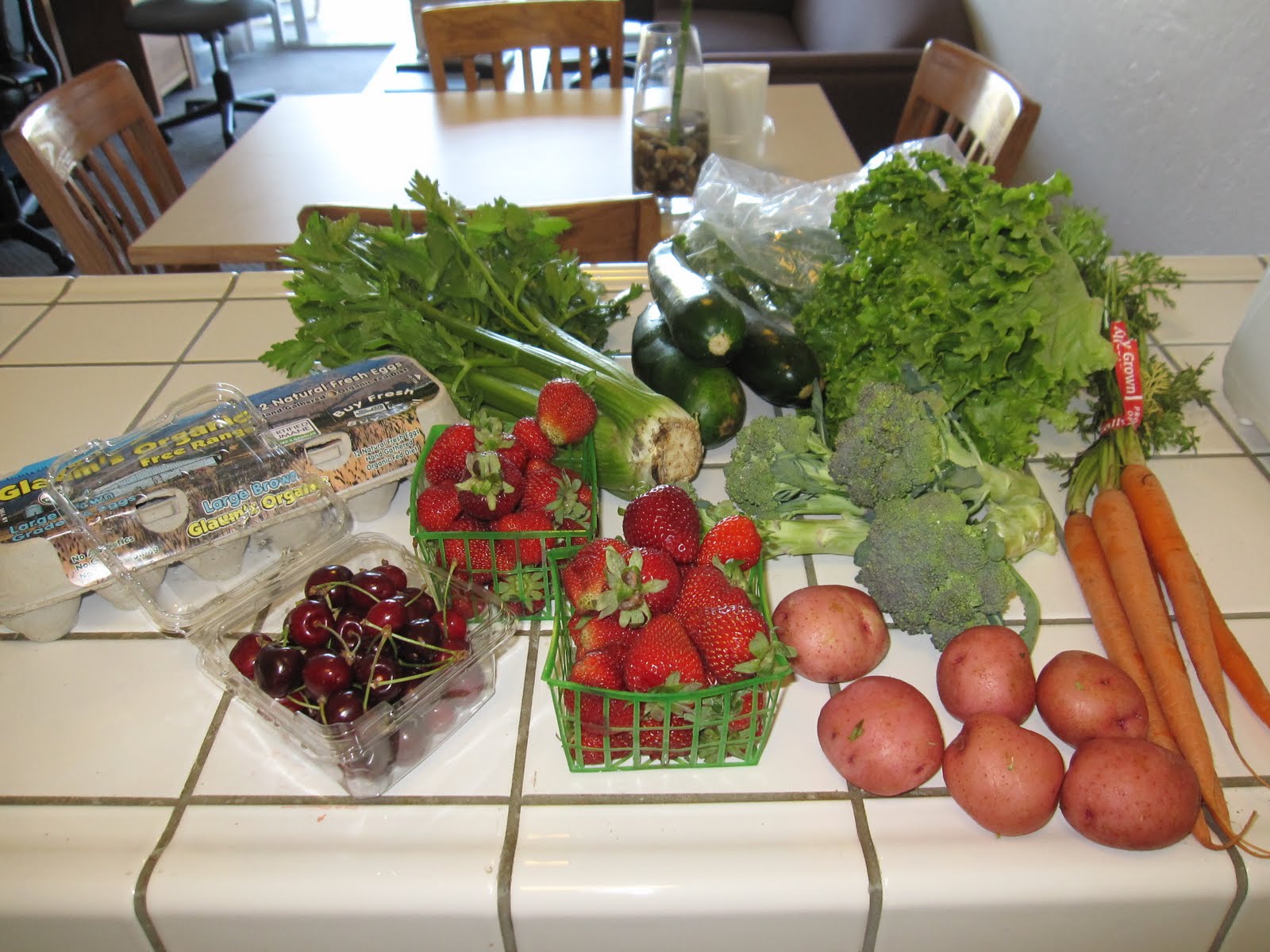 CSA boxes are fun because you never know exactly what you’ll get inside. I signed up for a service where I can decide each week whether or not I want the box, based on how much food I already have and what’s supposed to be in the box for that week. So far I’ve only gotten two boxes, but they’re certainly fun, and it makes you be more flexible with what you’re cooking.

Stone fruit is in season here in California - so my next pie will have to incorporate that. Not sure yet what I’ll make, though!