This Thursday I went with a friend to see the latest architecture exhibition at MoMA, “Foreclosed: Rehousing the American Dream,” which is sponsored by the Buell Center (an affiliate of GSAPP). The exhibition shows five project proposals for re-designing suburbs with high foreclosure rates across the US. Most of the five firms who contributed also teach at (or are otherwise associated with) GSAPP, so they were familiar groups. Additionally, last semester was the “housing project” semester for us, so just a few months ago we were working on our own housing designs. Overall, I was surprised and amused by the similarities between our (student) proposals and these (professional) proposals; many of the ideas and intentions were the same, leading me to wonder if these ideas are architectural “fads” that circulate almost subconsciously here in the city. See commentary below on each project for more specifics. You can read about each project in more depth on the “Foreclosed” website - I’ve linked to each project.

Since Hilary is a GSAPP professor and I’ve seen this project before (she presented it during the housing studio), I’ll pass over it. Suffice to say that it is more on the radical/speculative end of the spectrum of proposals. 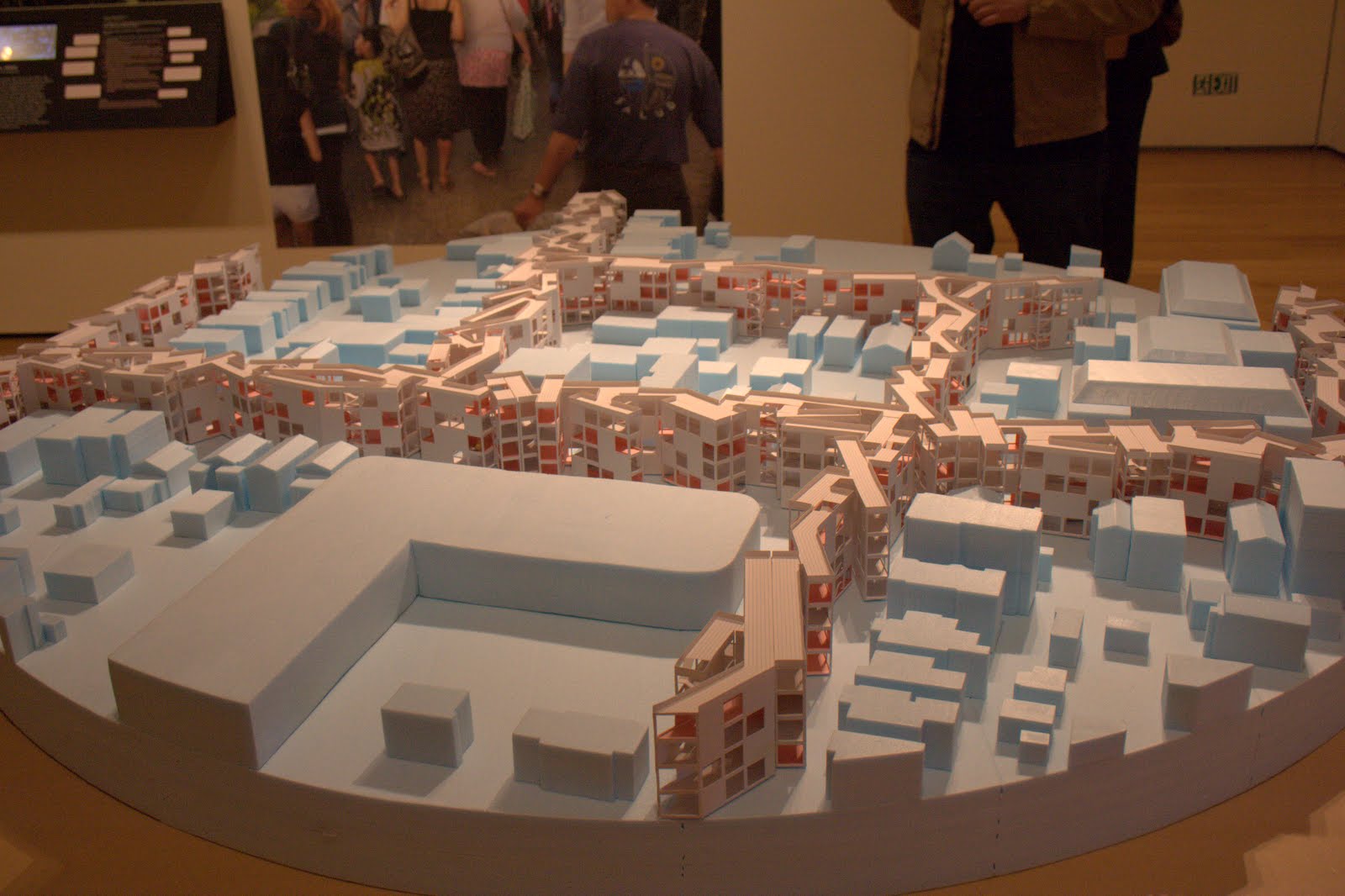 Michael Bell is another critic at GSAPP, but not one I’ve had before. Although his group’s proposal was filled with slick renderings, I was not at all convinced, because it didn’t look like anyone on the team had really thought about or looked at Florida’s climate. There was text saying that the project would do this or that regarding climate, but one look at the images was enough to show that it would be ridiculous in Temple Terrace. All that glass would need to be washed continuously! Besides that, where is the vegetation in the renderings? Nothing in Florida looks like the images below - stark white and reflective - because it would blind you, and vegetation takes over whenever it gets a chance. Maybe it’s just the style of the images, but it looks to me like no one on the design team had been to Florida. 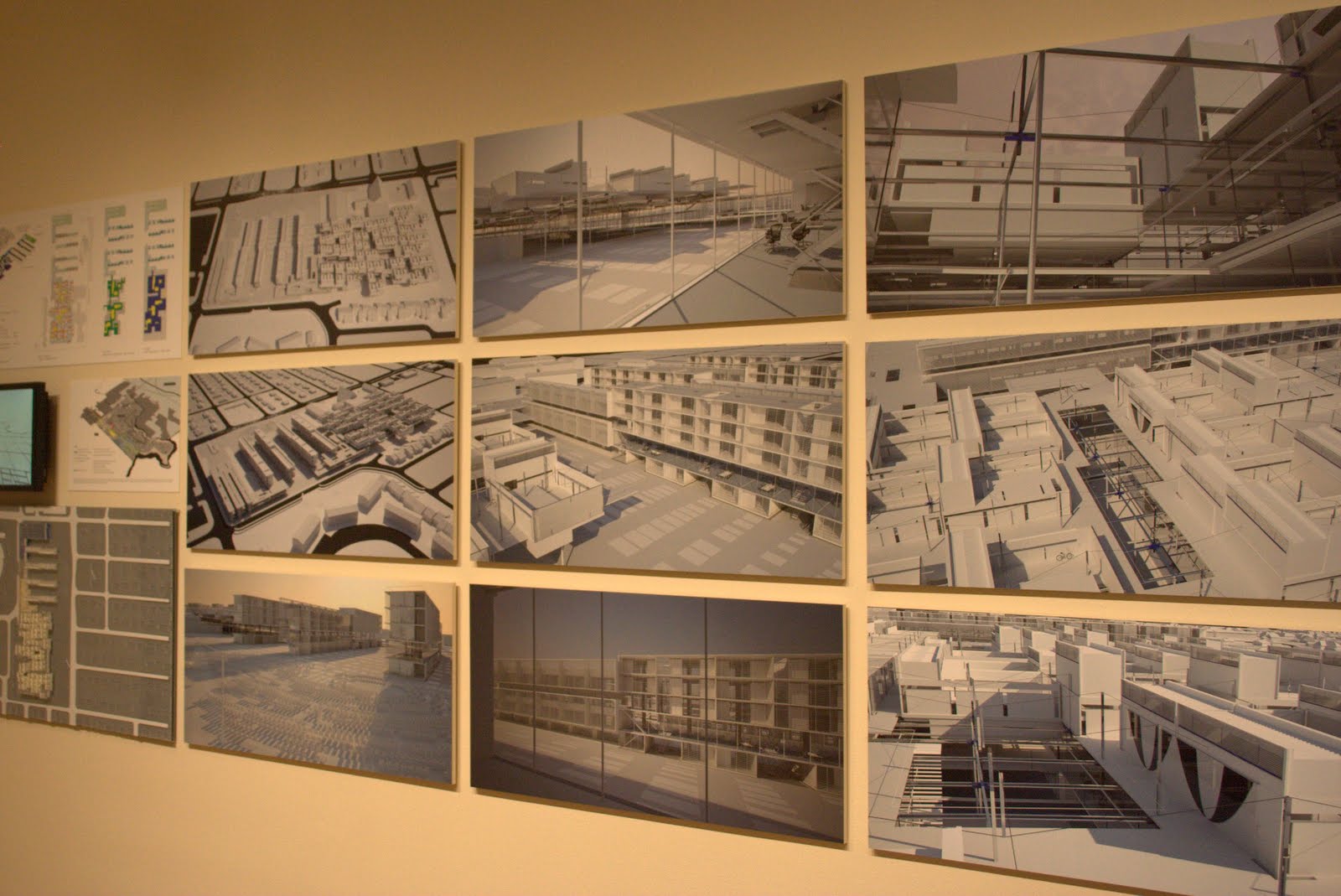 This is another project that left me feeling unconvinced. The talk about “misregistration” and flexible boundaries etc. didn’t seem to do much to change the overall standard suburban layout of the proposed subdivision. The models were amazing, although Seussical in their color choices and shapes. 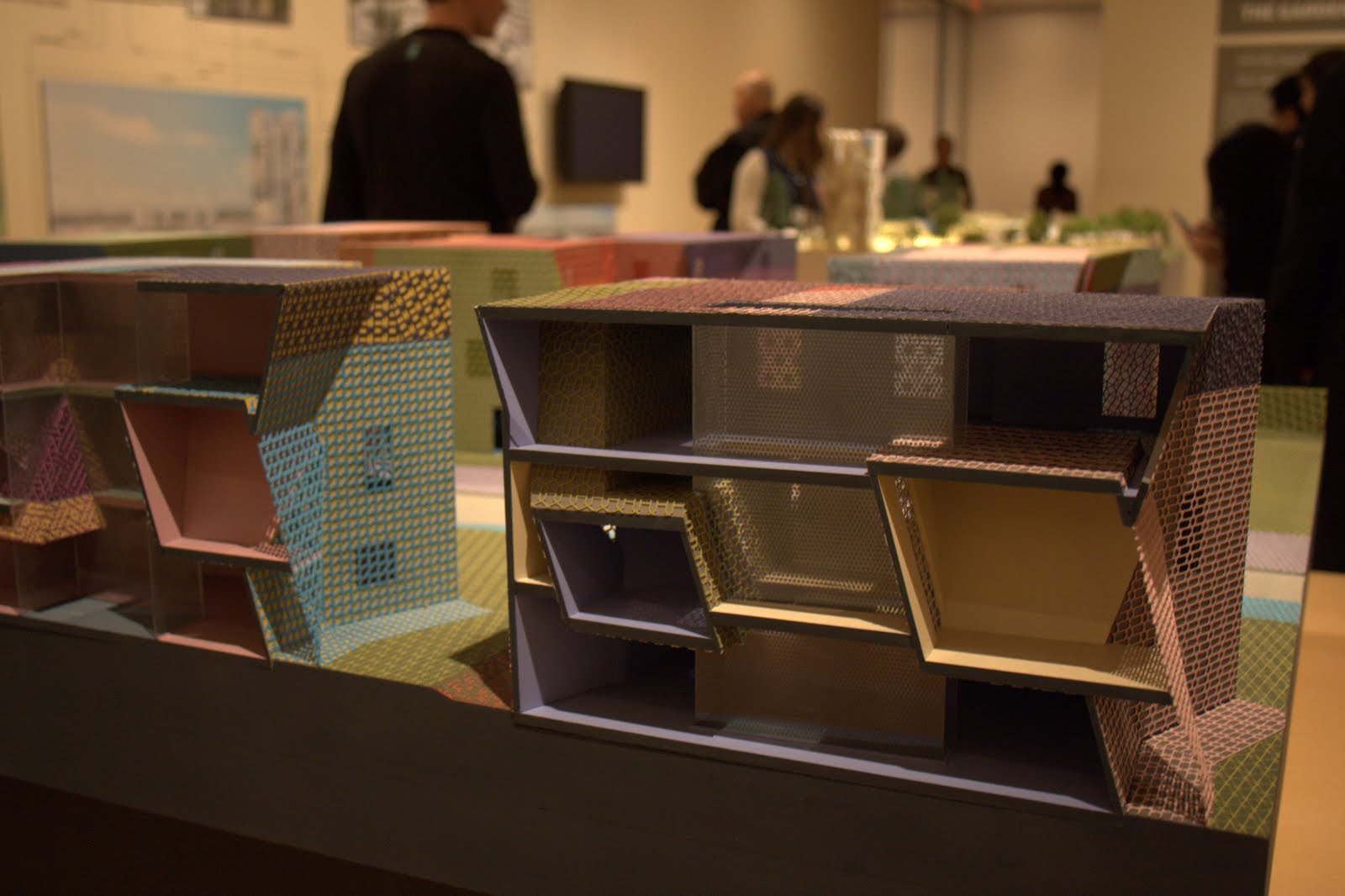 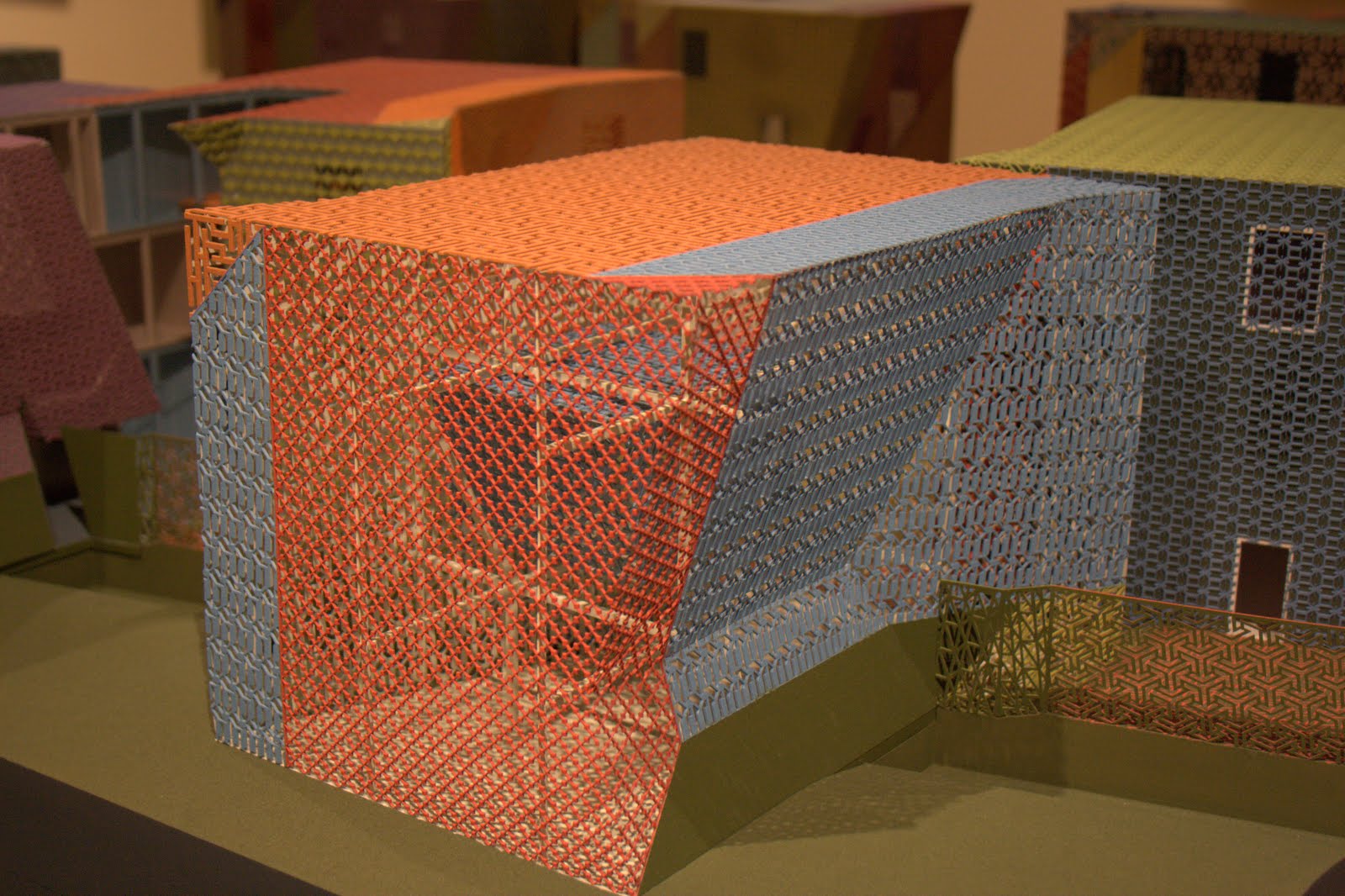 (Another GSAPP-related firm) I didn’t look at the text for this one as thoroughly as I should have, but I blame this on the craziness of the visual material. I’m not totally sure what’s going on, but it seems pretty cool. The ensemble of weird shapes makes me think of Koolhaas, specifically of “City of the Captive Globe,” while the main site model really begged for having a model train going around it. I can’t say that the project made sense, but it was fun to look at. 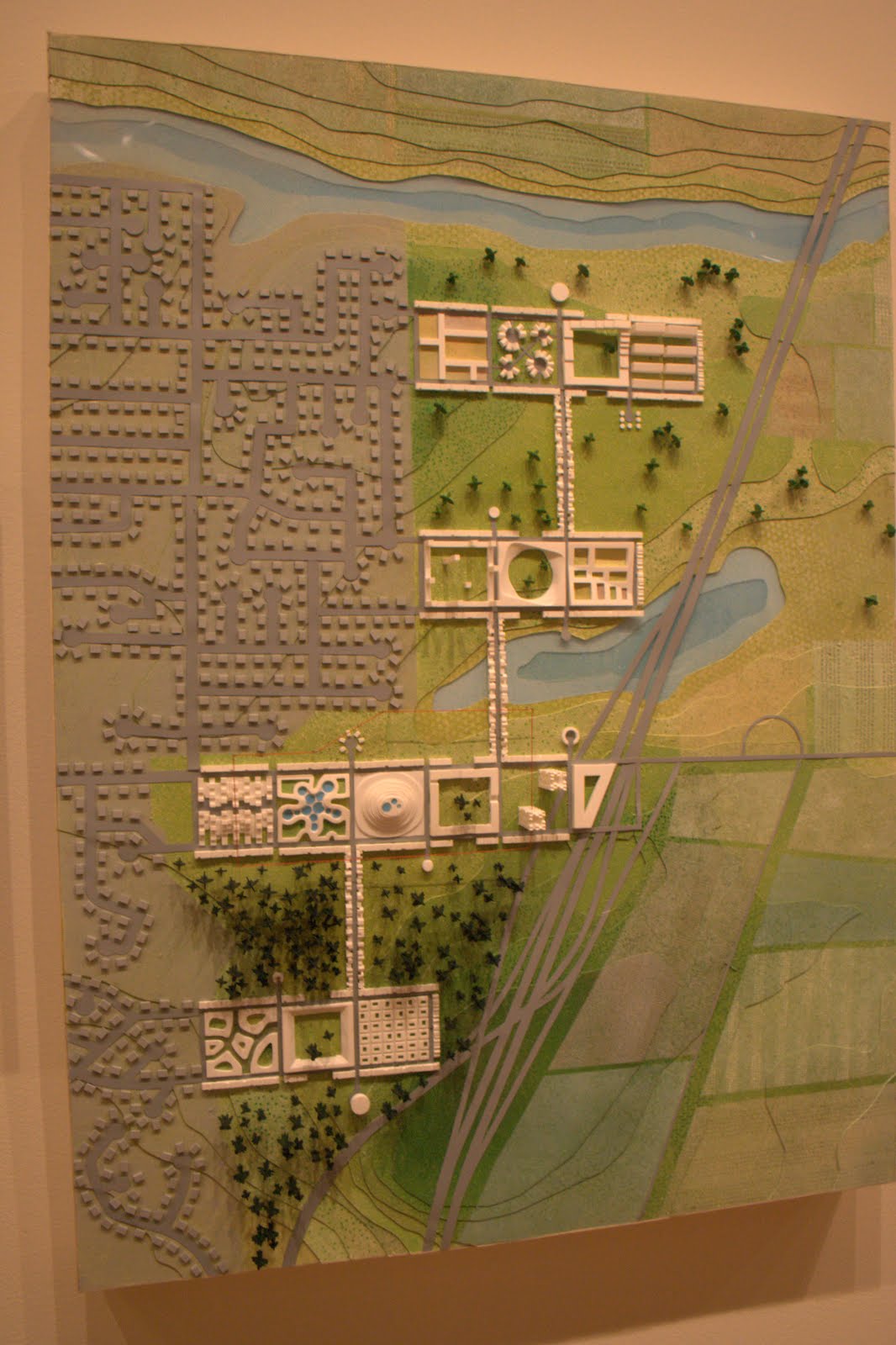 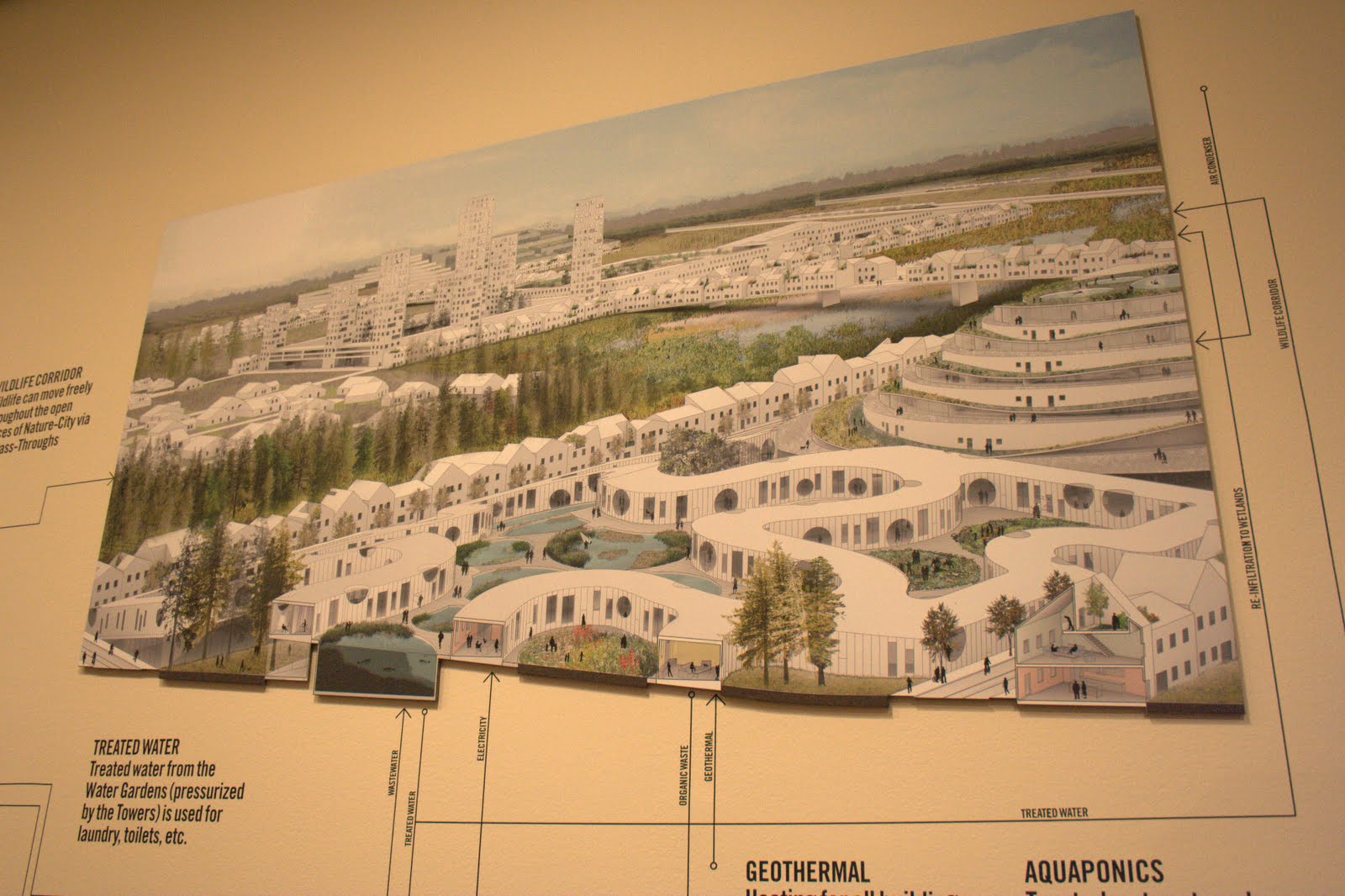 This project most reminded me of the my own housing project, where we too tried to imagine a mixed-use building that would allow families to increase or decrease the amount of space they used as their families grew or shrank. We ended up designing a kind of factory-like building with the potential to be reconfigured as needed. Here, Studio Gang proposes literally deconstructing an existing factory to salvage its materials and build a new mixed-use group of buildings. I liked the image style very much. 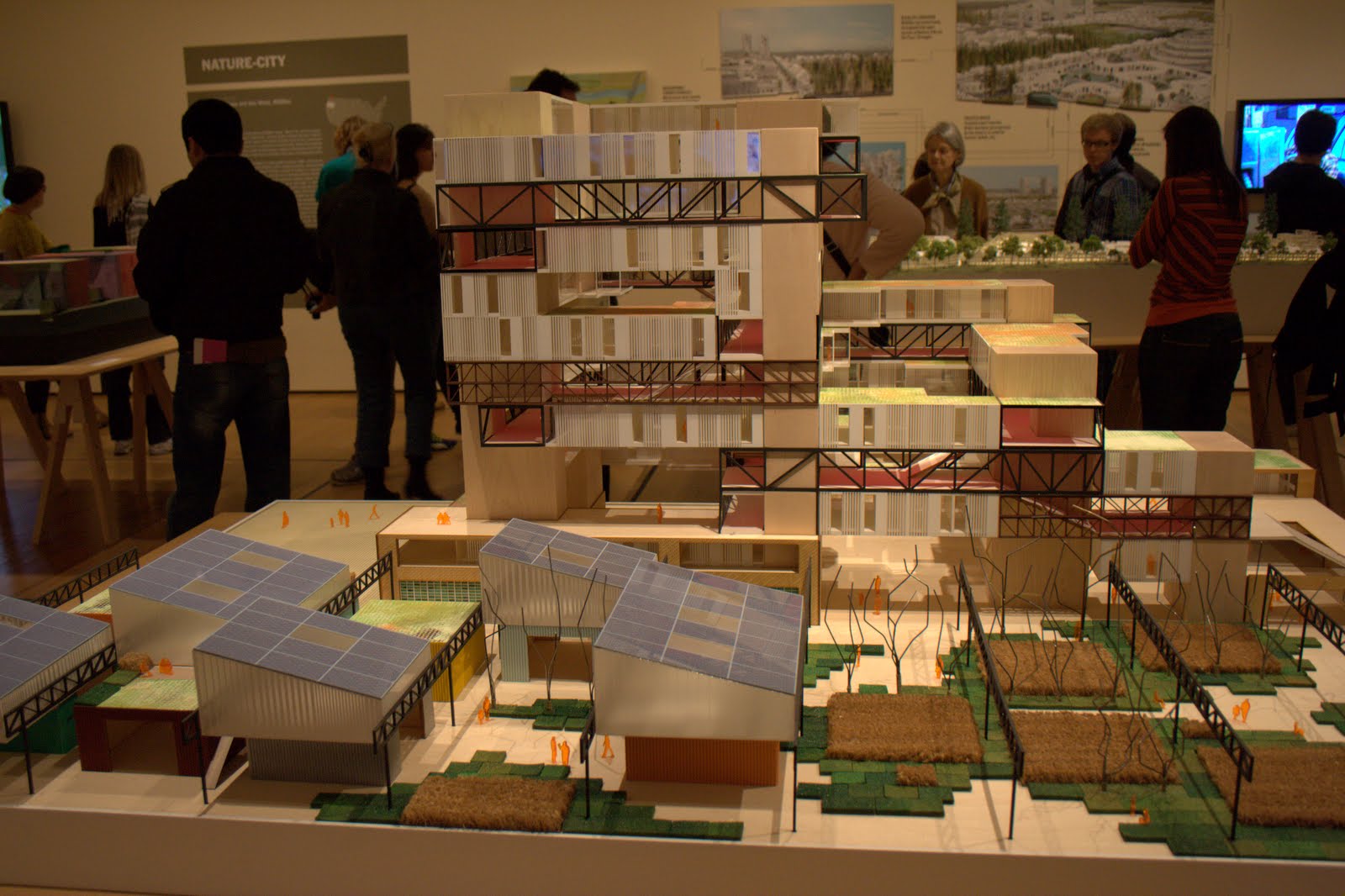 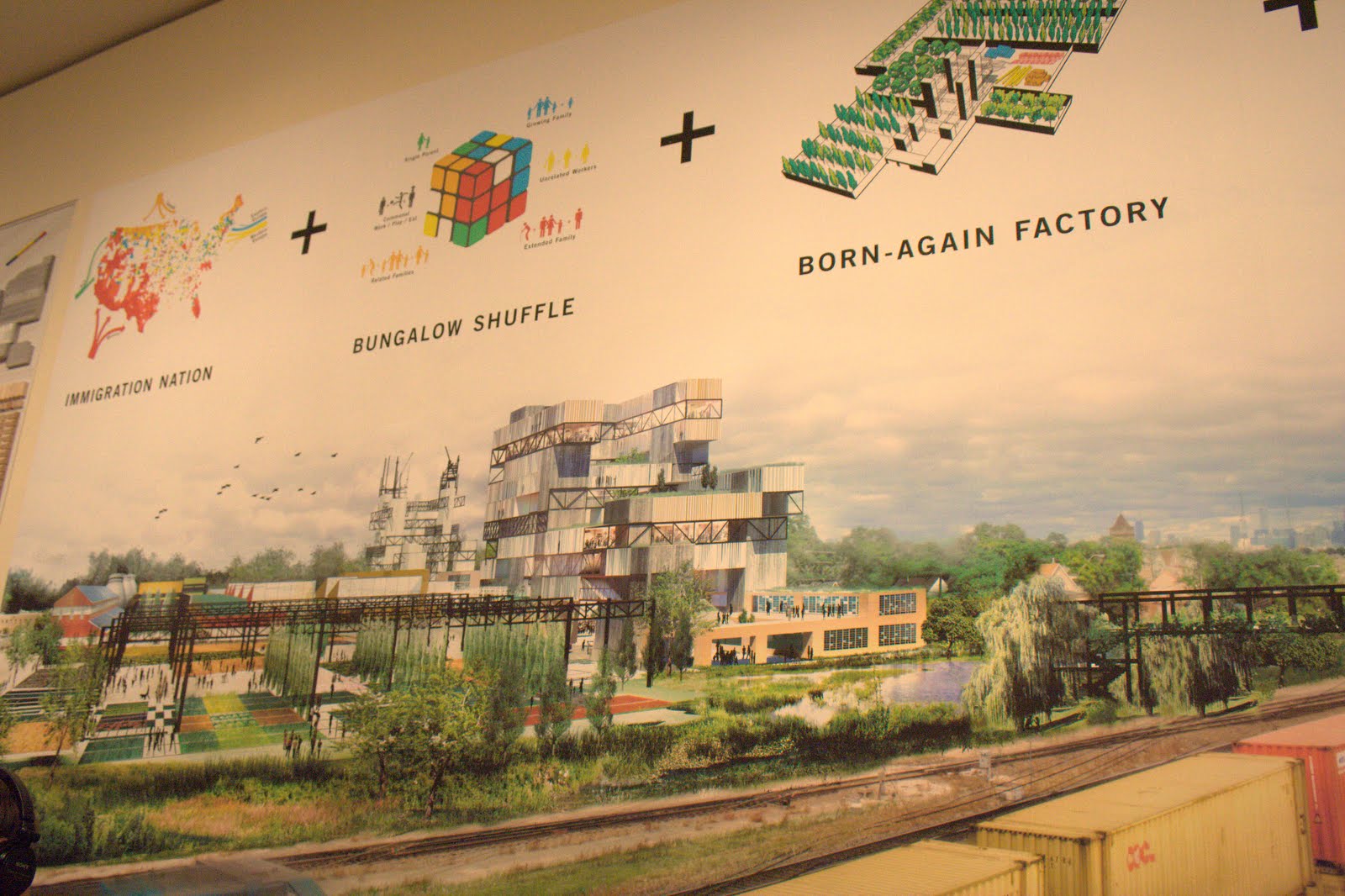 I’m not sure what I took away from this exhibition other than the general feeling that we students are generally on the same page as these practitioners, and that I don’t know whether that’s a good thing.