We arrived safe and sound in Bethlehem this evening after flying in to Tel Aviv and transferring by tour bus from there, skirting around Jerusalem. Israel is the only country, other than the US, that I’ve flown into that requires additional screening before boarding the plane - I guess they tie for the “paranoid about security” award! Everything since then has been surprisingly easy, though, including going through customs and passing the checkpoint into the West Bank to Bethlehem. There was a line of cars waiting to get back in to Israel, though. The biggest difficulty I’ve encountered has been figuring out how to fix Blogger, since it defaulted to Arabic when I got here (it recognizes the Palestinian Territories address) which made it impossible for me to read the menu options to figure out how to put it back to English. Eventually, after trying all the buttons, I fixed it, so I can now write you this post! We arrived here at dinnertime, and after dinner everyone immediately wanted to go to bed, so there’s not much else to report today.

Our hotel in Bethlehem, which is currently getting a facelift: 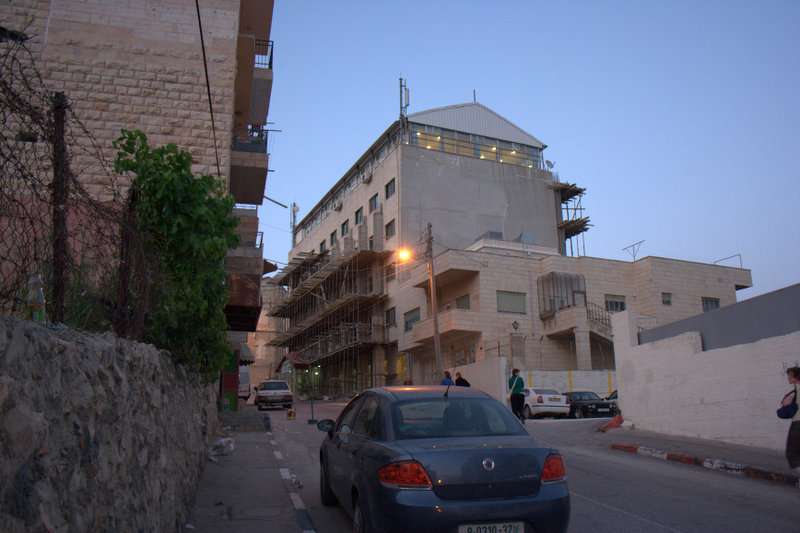 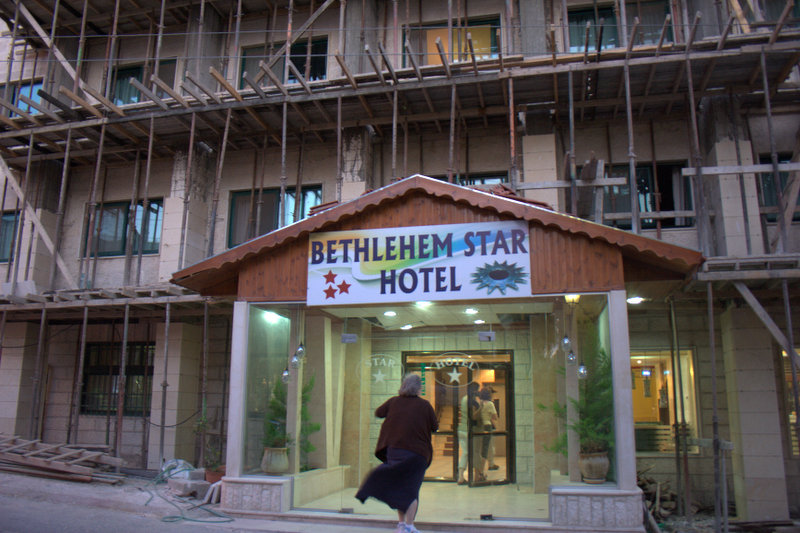 View down the hill from our hotel, toward Bethlehem: 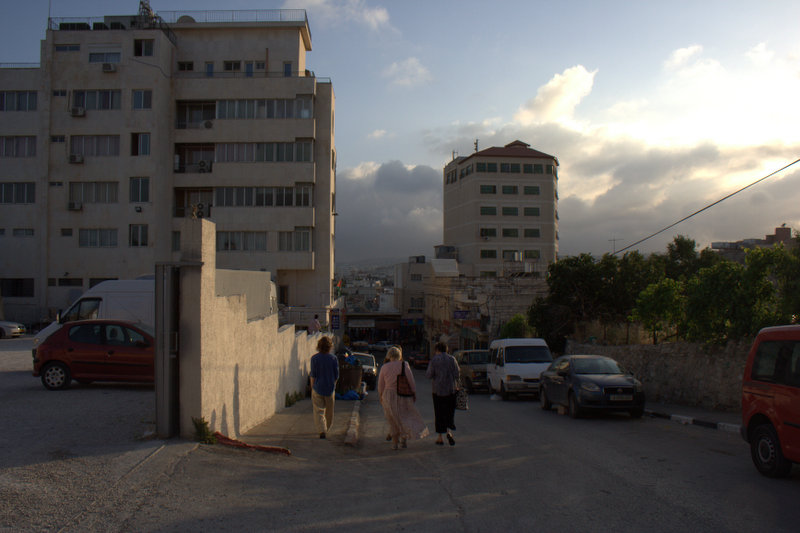 The other hotel guests, a group of English and Irish tourists with their pastor, are having a sing-a-long in the lobby, and are currently singing “Edelweiss” (they’ve had a bit to drink, I think), so I’ll take that as my cue to head to bed. More to come tomorrow!