Our first day in Jerusalem was a Sunday, so we went to the English-language service at the Lutheran Church of the Redeemer in the middle of the old city. This is the largest Protestant church in the city, with regular services in Arabic, German, and English, and occasional services in Danish. (Their website here.) It was Pentecost that Sunday, and so it was fitting that we were able to attend a service in our own language. (For those unfamiliar with the Pentecost story, at Pentecost the disciples of Jesus spoke in tongues, and all the inhabitants of Jerusalem understood them in their own language.) I think we were all especially thankful to be in Jerusalem to celebrate the birthday of the Church in its birthplace in Jerusalem. The service was held in the chapel, not the main church - which I never did end up going to see - and was packed full of people. During the service the minister asked all the different groups present to stand and introduce themselves; it turns out that around 80% of the people there were tourists like ourselves! We enjoyed the mostly familiar hymns, meet & greet afterward, and then were released for lunch on our own. 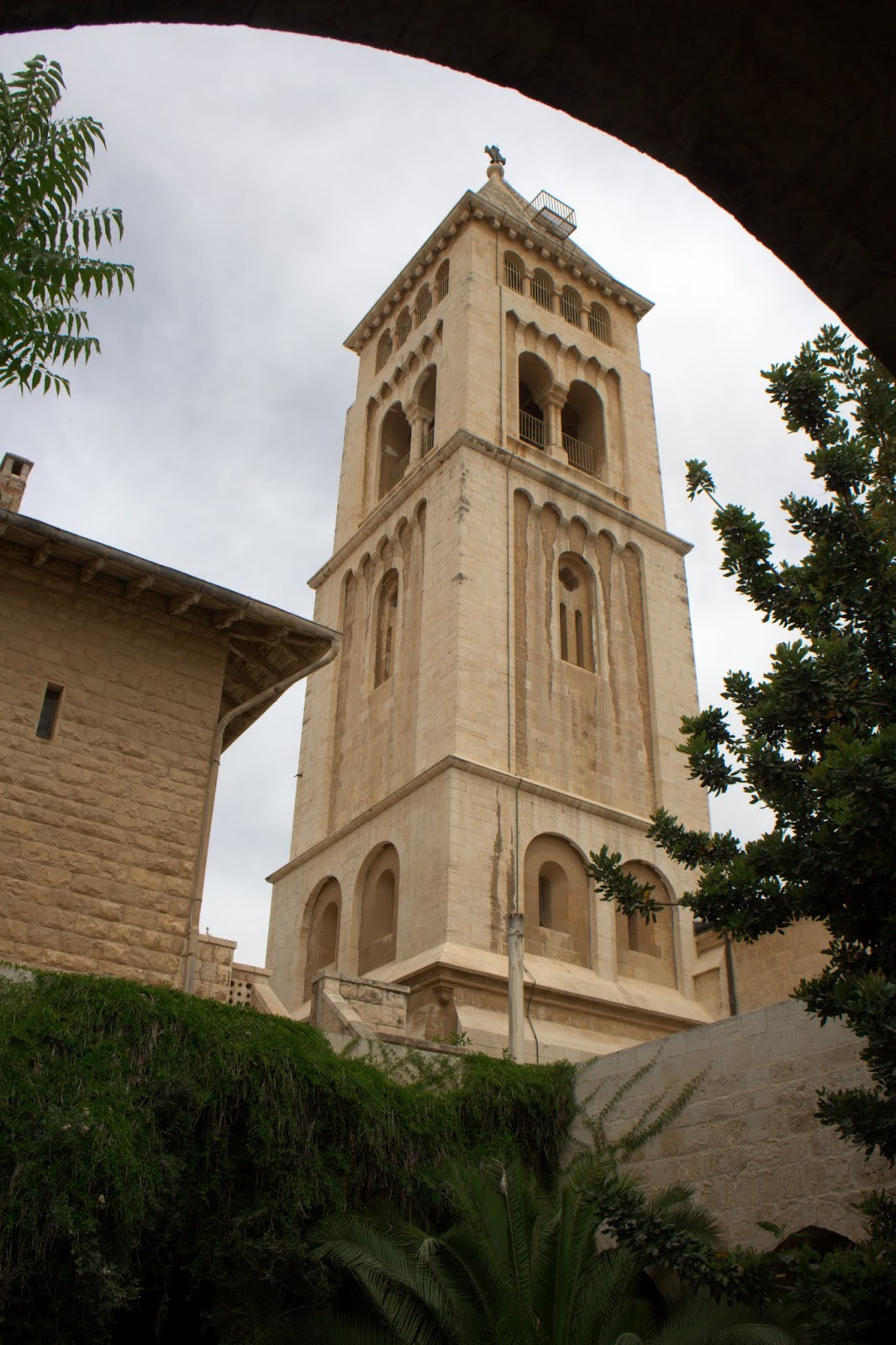 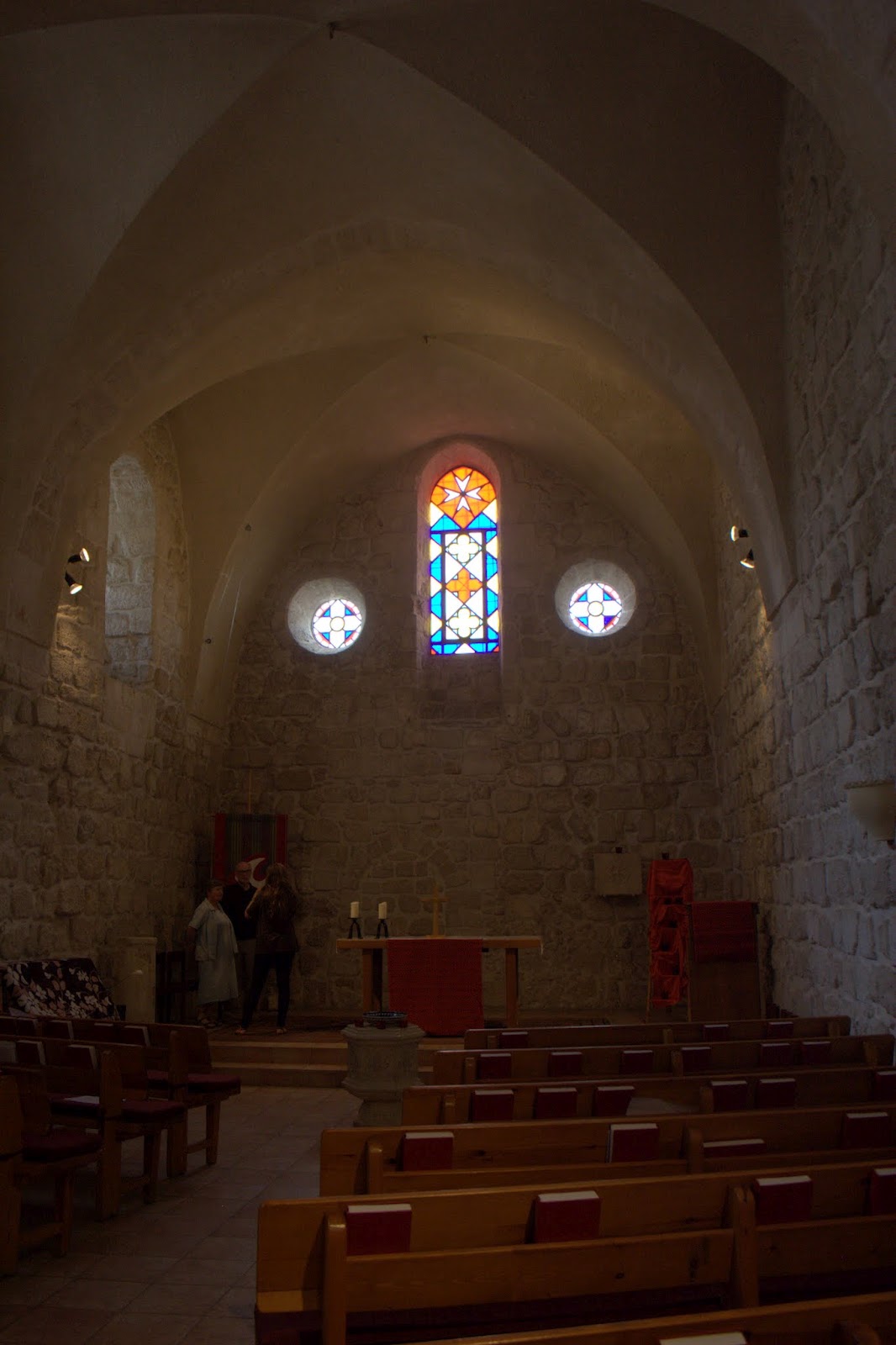 After locating an ATM at a shopping mall just outside the old city, I got some pizza and headed back to the hotel. Pizza was welcome after having hummus for what seemed like two meals a day, every day. The mall was interesting since it’s only about 10 years old, and is full of American stores, like Abercrombie & Fitch, the Gap, etc. Odd to think that it’s so close to thousand-year-old buildings and churches.

We met up after lunch for a tour through the Jewish Quarter of the old city. It was very hot and with little shade; we could see why June-August are the slowest months for tourism in the area. Ibrahim led us through the souk in the Christian Quarter, where we were staying, over to the Jewish Quarter, which was mostly closed for the holiday (Shavuot, the Jewish holiday that occurs the same day as Pentecost). We saw some ancient city ruins with kids playing near and on them and the outside of the new synagogue. 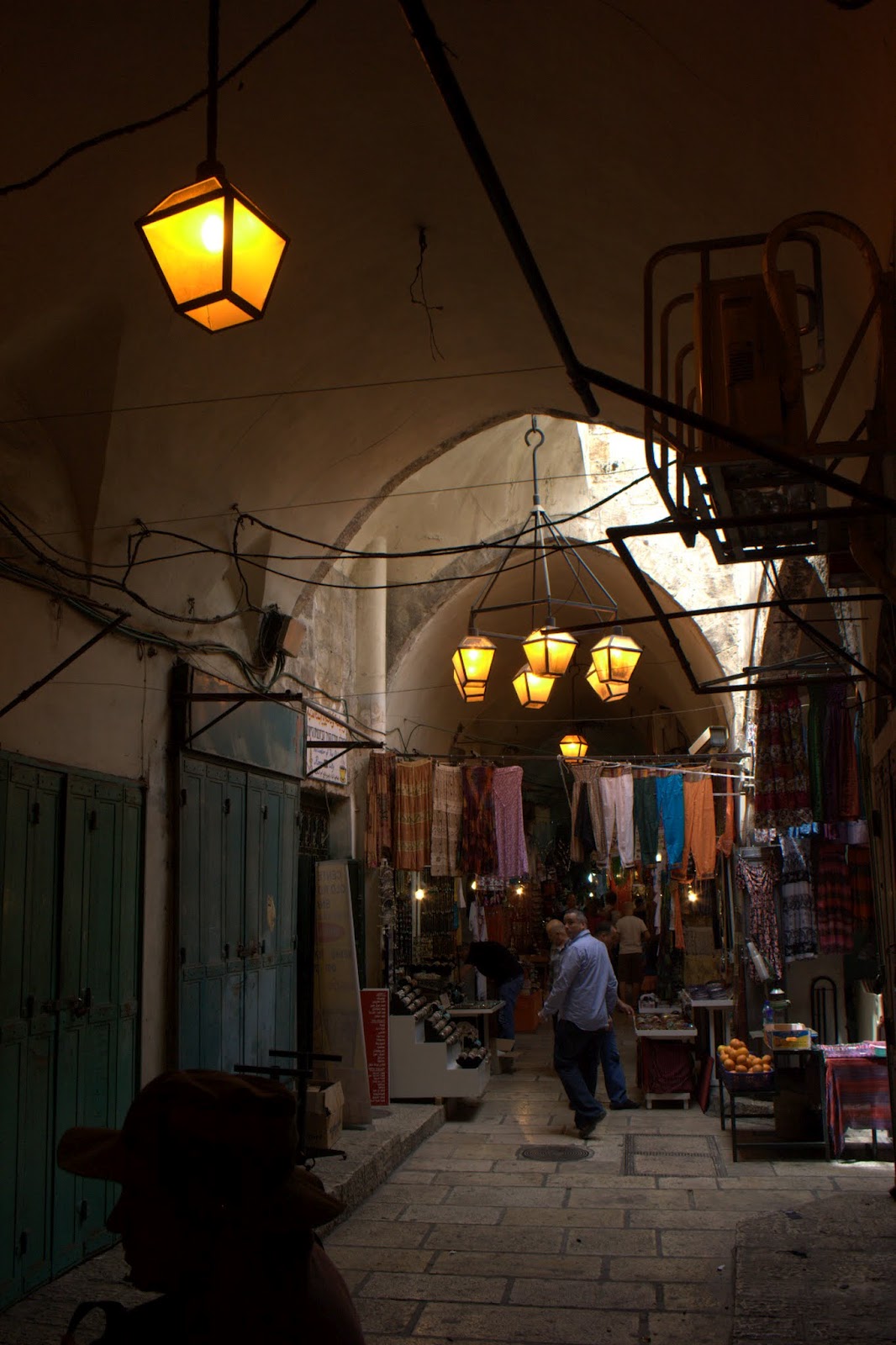 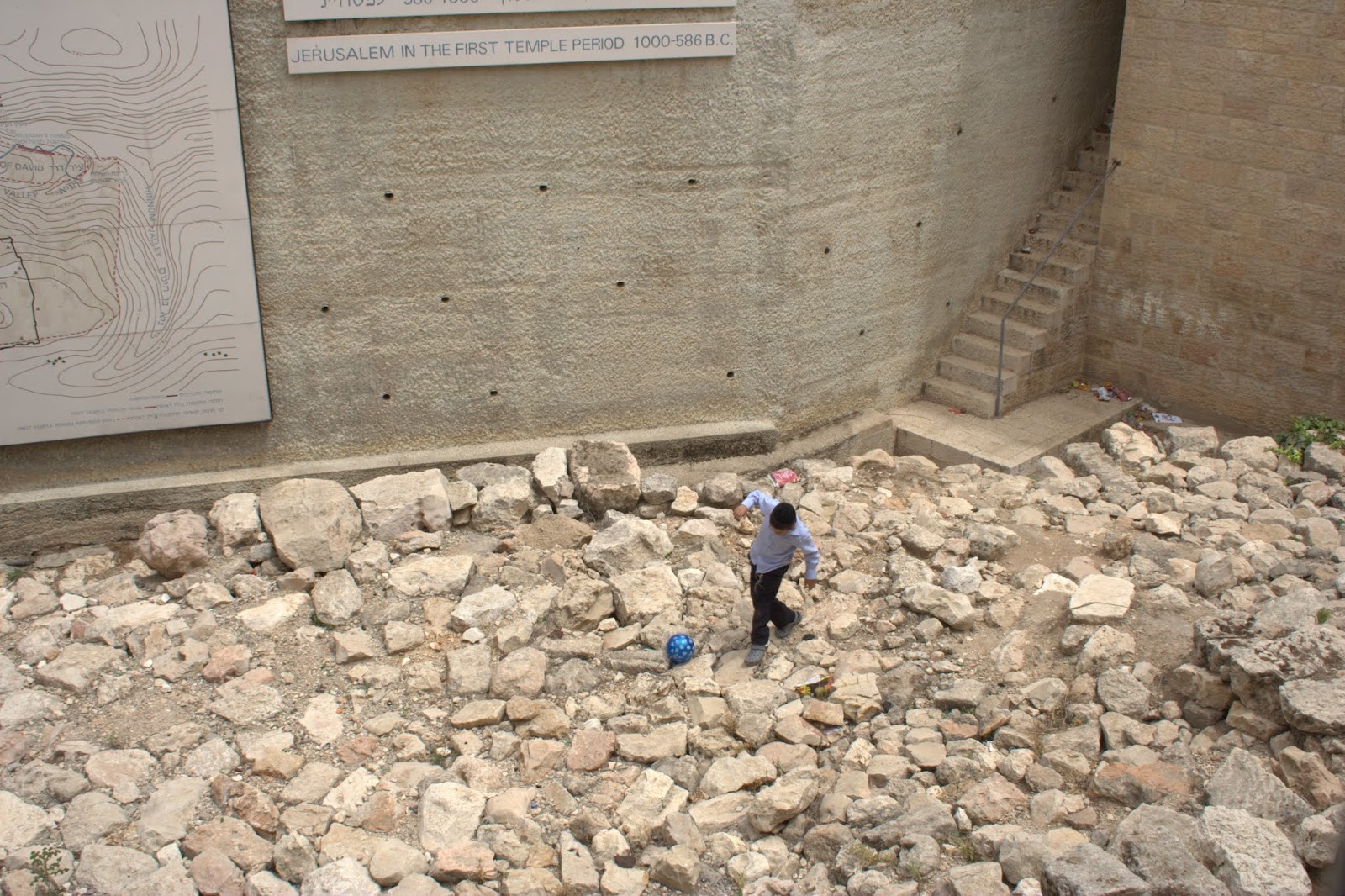 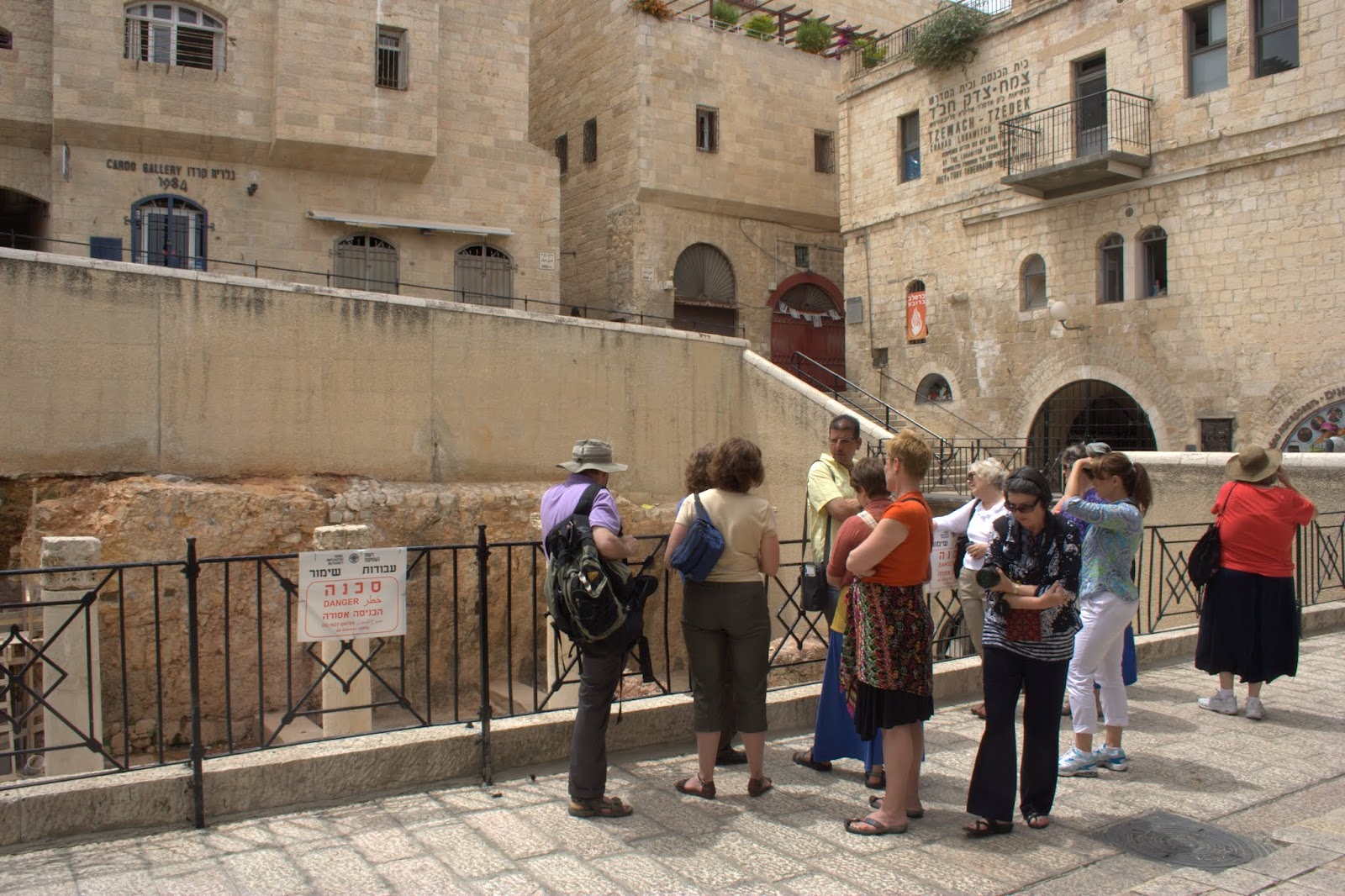 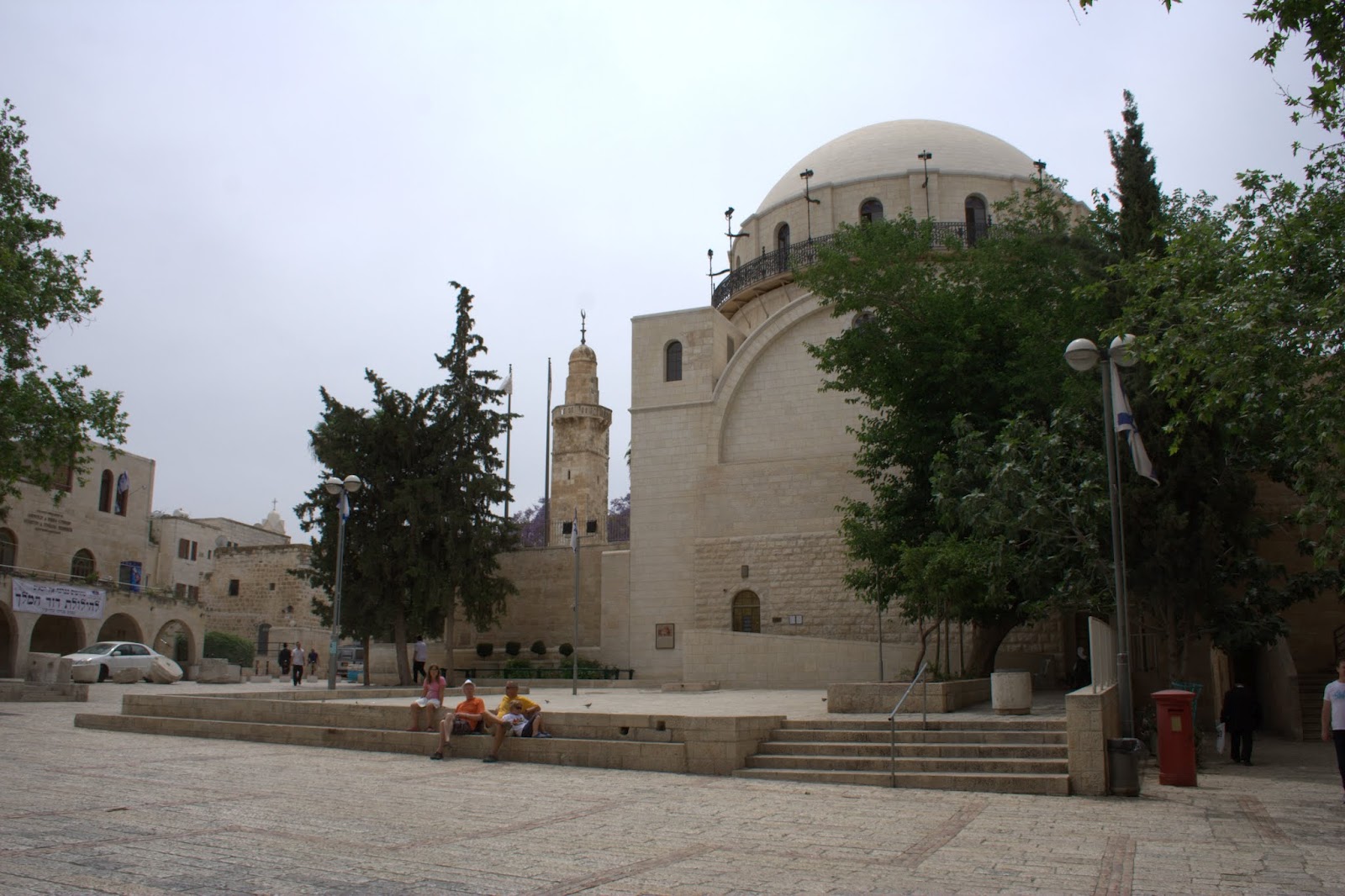 We then went to a look-out point from which we could see the Dome of the Rock and the Al-Aqsa Mosque on the Temple Mount (more to come on them later) and the Western Wall below it. This is considered by many to be the holiest site in Judaism, the last (known) remaining piece of the Second Temple, presumably built on the foundations of the First Temple. We went down from the look-out point to the Western Wall Plaza and had time to observe and reflect for a while. I went up and touched the wall with my trip roommate. It wasn’t very crowded, but we were not allowed to take photos because of the holiday - photo-taking counts as work and thus is forbidden (the final image below is from a different day). Soldiers with guns and volunteers in bright t-shirts surveyed the area to prevent unknowing tourists from violating the Sabbath. I was struck by the way the spaces in front of the wall are arranged: a very large area is given over to the men, of whom there were not very many present that day, while a significantly smaller area is reserved for women, who filled the space reserved for them. It was also interesting to recall this same division of space in the small synagogue we visited, although there the gender ratio was reversed. The range of outfits of the Orthodox men was really interesting, since many men wore much more elaborate clothing than I’m used to seeing on the streets of New York, where there are a fair number of Orthodox gentlemen around. The women’s clothing, by contrast, was not very remarkable except in consideration of how hot it was, since the Orthodox women fully cover their arms, legs, and heads, even in the heat (as do the men). Of course, Muslim women do the same, and we were impressed throughout the trip with how the women we met seemed not even to notice the heat despite the long clothing, and sometimes long coats, that they wore! 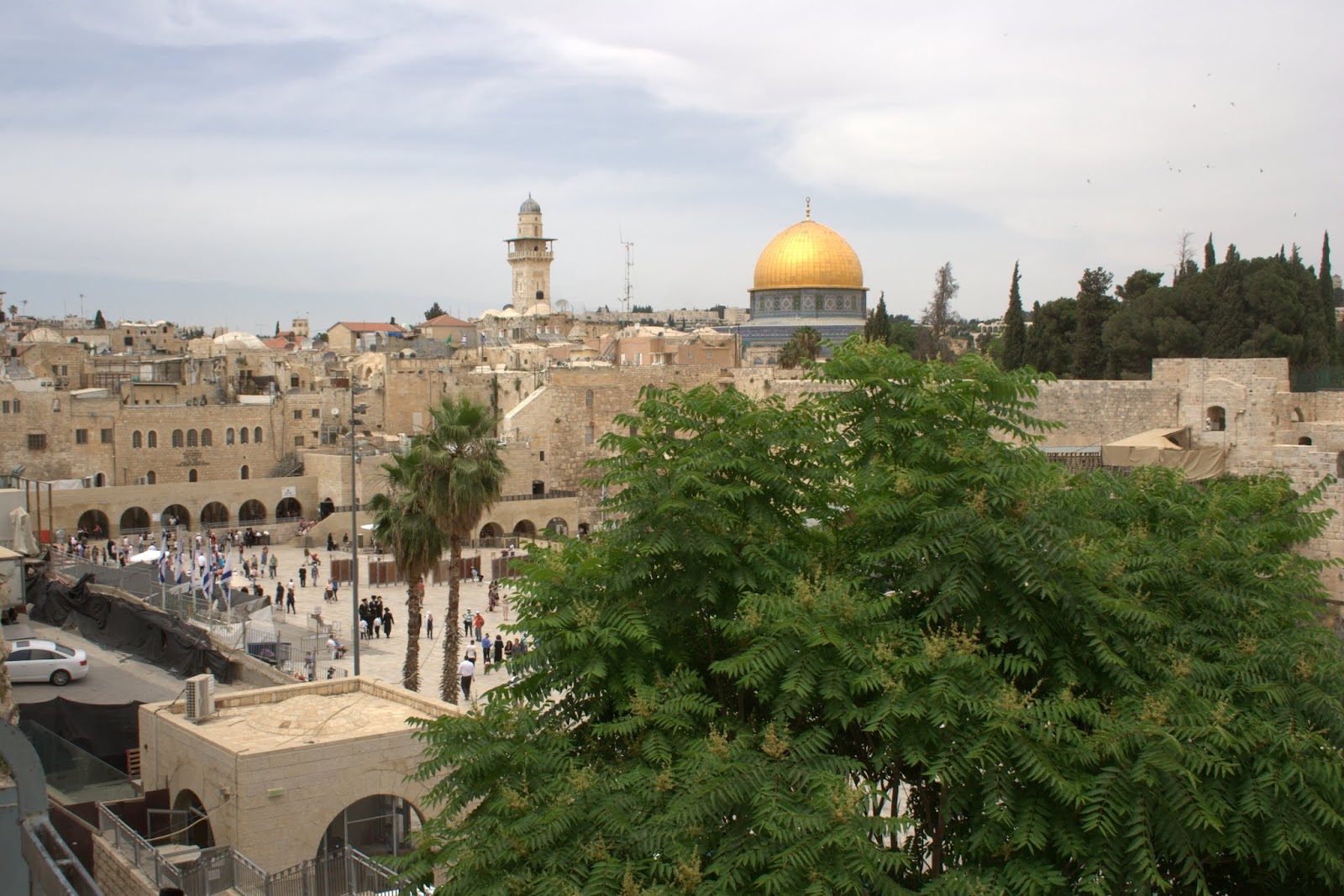 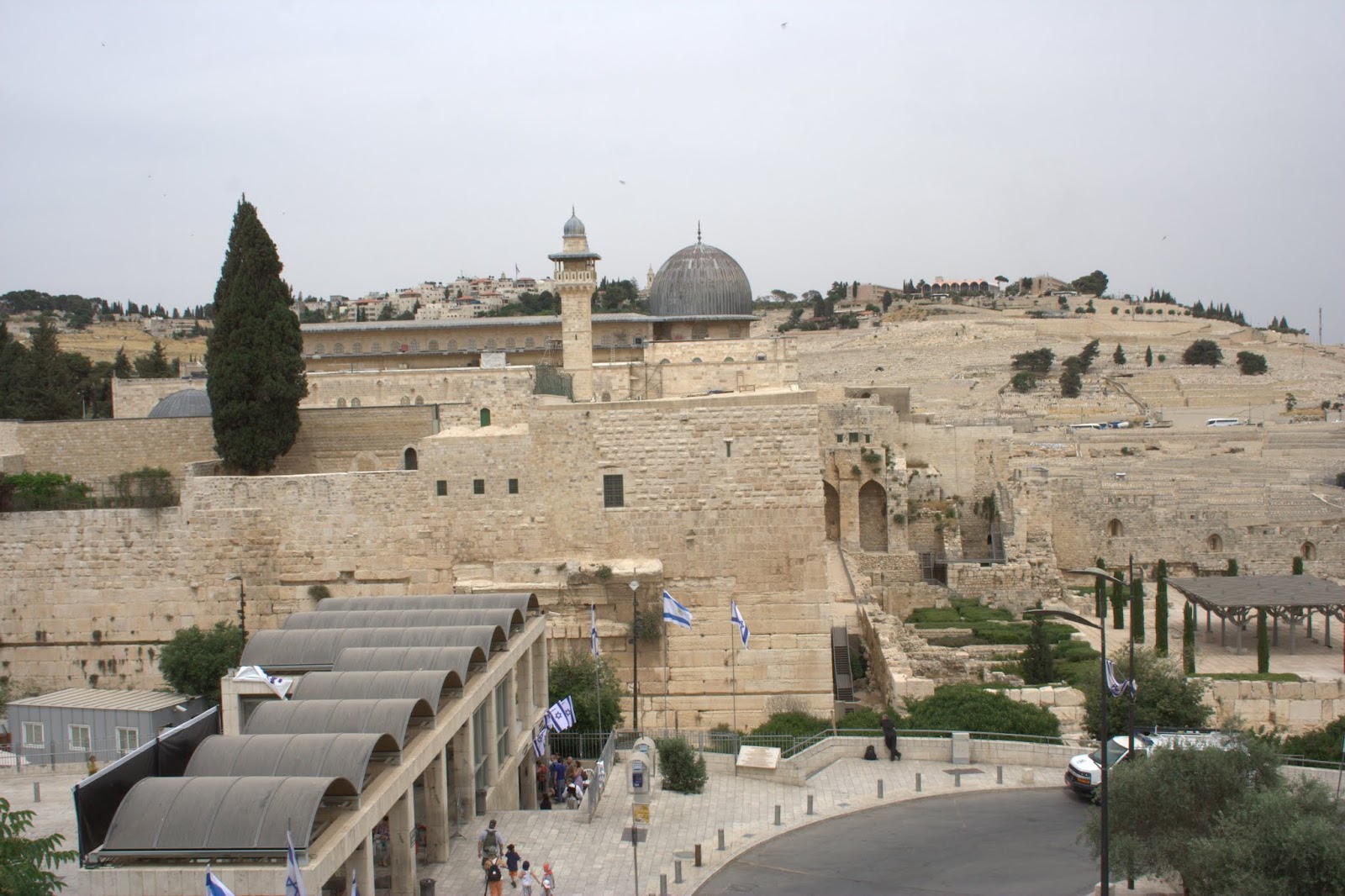 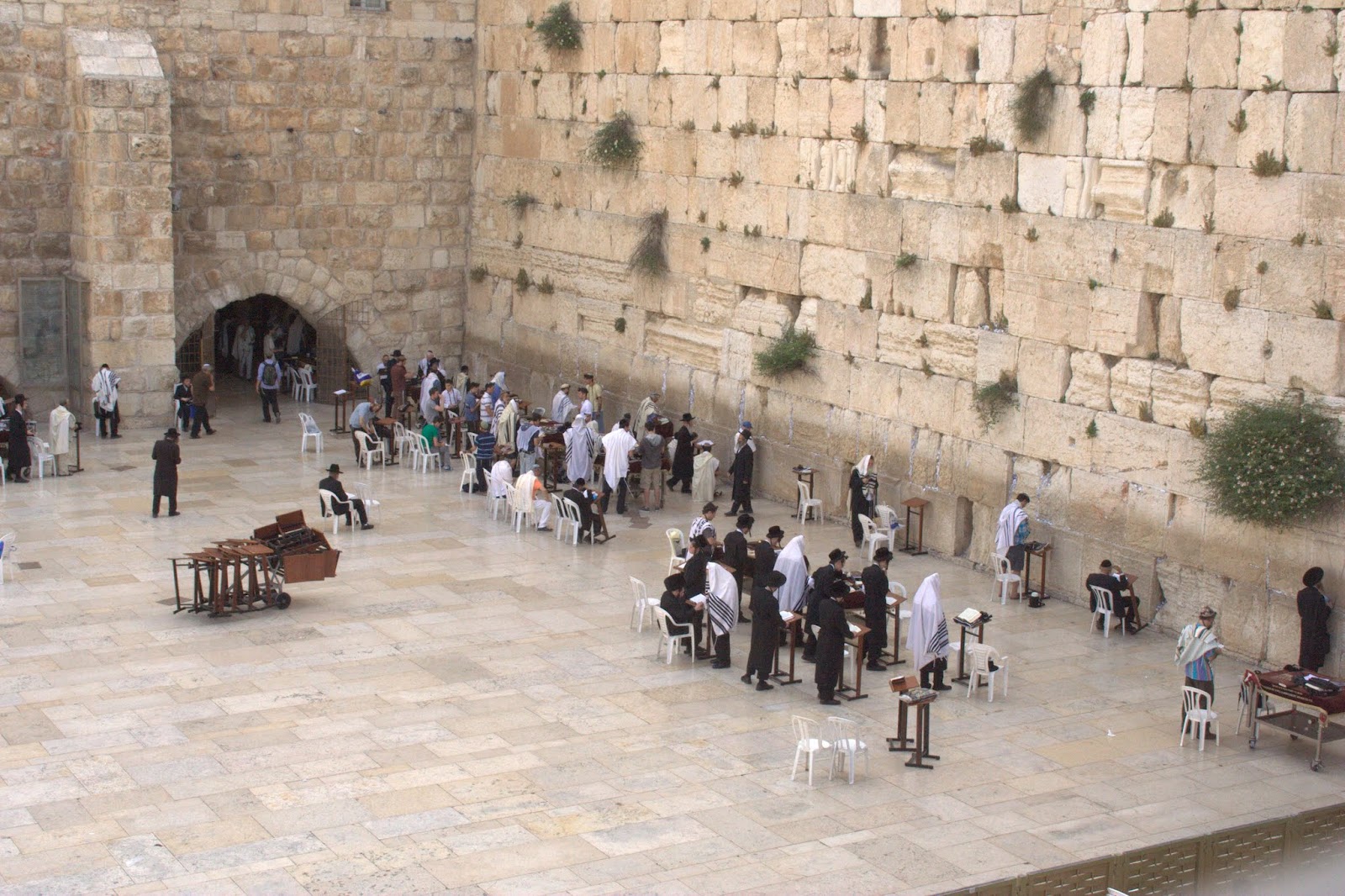 We had a bit of free time that evening after dinner, and I finally felt like I was starting to recover from my cold. Unfortunately the next day was a killer sightseeing day of site after site after site - but we managed it somehow! Stay tuned for the next exciting installment!