A heartbreaking day of meetings with organizations in Jerusalem.

After recovering my laundry from the unusual “laundromat,” we were off to visit B’tselem, where we met with Daniel Sherman, the Director of International Relations. B’tselem calls itself the Israeli Information Center for Human Rights in the Occupied Territories, and they have made it their mission to bring accurate information about the occupation to the Israeli and international news. Daniel was especially proud of the polls showing that the majority of Israelis think that their information is accurate, even if they don’t like what they’re hearing. The staff of the center are Israeli, and are therefore seen as by some as subversive or disloyal because they report on human rights violations by Israeli soldiers. The staff members have received death threats in the past and are currently struggling to maintain their funding in the face of opposition from the government, which wants to tax non-profit organizations that receive mostly international support. Daniel spoke to us about one of their programs, a video effort where they give out video cameras to Palestinians and train them to record human rights violations so that soldiers who commit crimes can be brought to trial. The videos at this link are from their camera distribution project. B’tselem also publishes documents and information about human rights violations based on their research. I was thoroughly impressed with this organization, and recommend checking out their reports if you are interested in getting more detailed facts and statistics about various aspects of the occupation.

Our second meeting of the day was with Sabeel, the Palestinian Liberation Theology Center. This is a Christian religious organization that works to encourage grassroots, Christian protest against the occupation and to bring the issues of the occupation to a larger international audience. We met with Hind Khoury, the former Palestinian ambassador to France, who is a board member of Sabeel and an extremely interesting person. She was very passionate about using diplomacy to gain Palestinian freedom, and I think we all enjoyed listening to her talk about her own life, work, and experience in and outside of Palestine. She didn’t actually talk much about Sabeel, though, so I can’t tell you much about it either. This letter (with a photo of Mrs. Khoury) seems to sum up their work (international conferences, local community groups) and message. They also publish books on liberation theology, the history of the conflict from a religious perspective, and more, and have international “Friends of Sabeel” groups that support their work.

We went to a random strip mall for lunch and had pizza. This pizza restaurant apparently also produced generic Asian stir-fry for delivery only, since there was no menu or advertising for the stir-fry that we watched the employees make (and package and hand to delivery men) while we sat and ate our pizza. I also had half a lamb pita sandwich that was mistakenly served to the vegetarian in our group.

In the afternoon we went to the Silwan neighborhood of Jerusalem to meet with Simon Ming, a Swiss member of the Ecumenical Accompaniment Program in Palestine and Israel (EAPPI), at the Wadi Hilwah Information Center. Silwan is located on the site of some ancient Jewish tombs, including what some think might be the tomb of David. A private company has begun excavations there and is constructing a history/nature park called the City of David, and Israeli settlers have begun moving into the area. Meanwhile, the existing Arab neighborhood has come under an increasing number of threats in an attempt to get the residents to relocate: the city has designed a new zoning plan for the neighborhood that will prevent residents from expanding their homes or building anything new, while appropriating buildable space as “nature reserves”; children have been terrorized and taken from their homes in the middle of the night by the police; and adults have been threatened and attacked by the settlers. EAPPI, similarly to the Christian Peacemaker Teams in Hebron, is in Silwan to provide accompaniment to people living there, to monitor the situation, and to try to keep violence from happening. The Wadi Hilwah center was built by the neighborhood residents to provide a safe place for their children to go after school and to host groups like ours so they could tell their story. We spoke with a man who had been shot in both legs by a settler who was harassing his children; the man shot him once, went away and then came back and shot him in the other leg while he was still lying there. The stories of atrocity by settlers are nearly unbelievable, except that they have all been documented and verified, and yet the authorities do nothing about it and in fact often commit human rights violations of their own. But somehow the neighborhood residents continue to “fight back” by building community centers, protecting their children as best they can, and trying to reach out to the international community to better their situation. All this in the shadow of the walls of the Old City of Jerusalem, one of the world’s greatest holy cities. 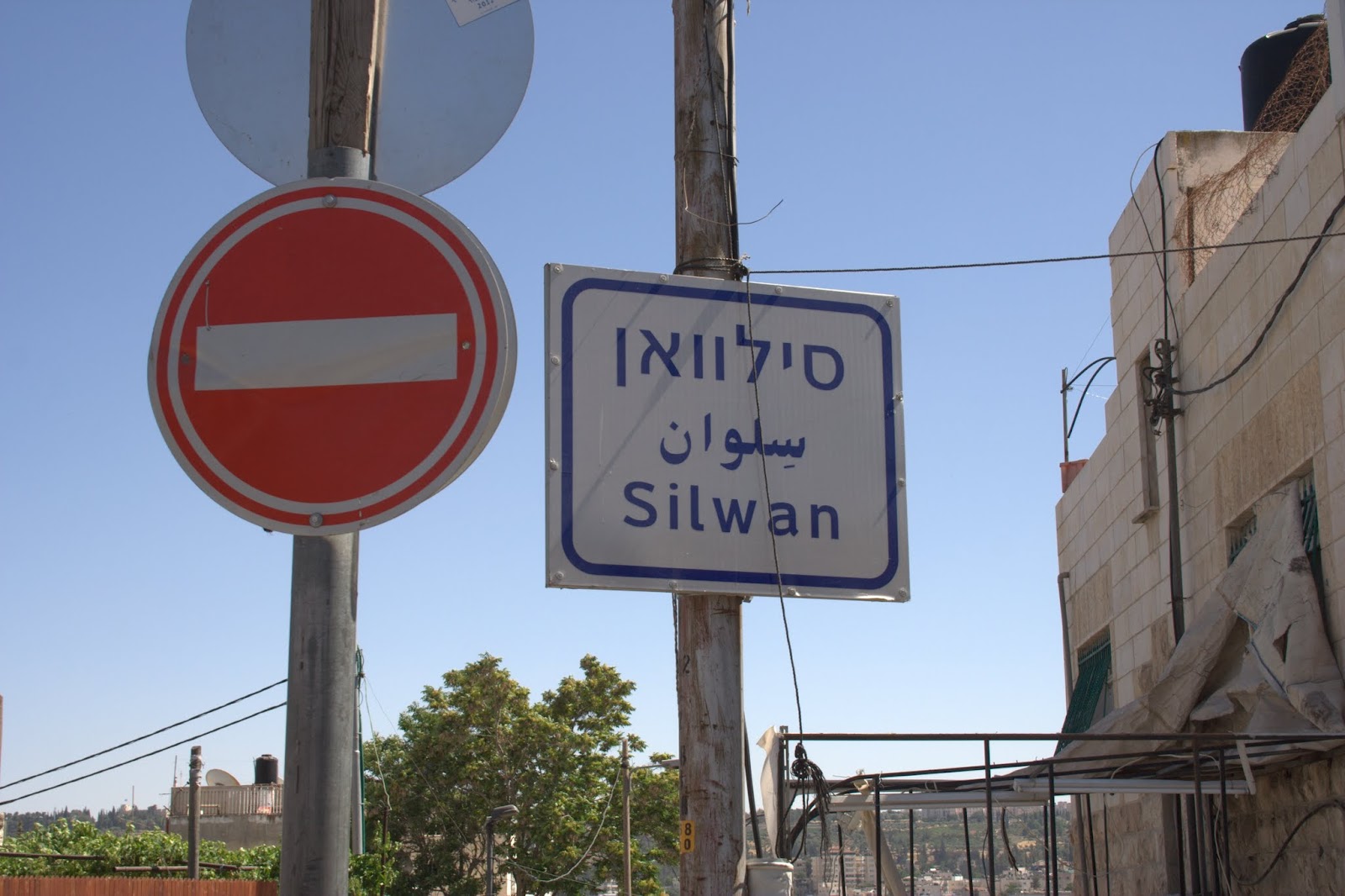 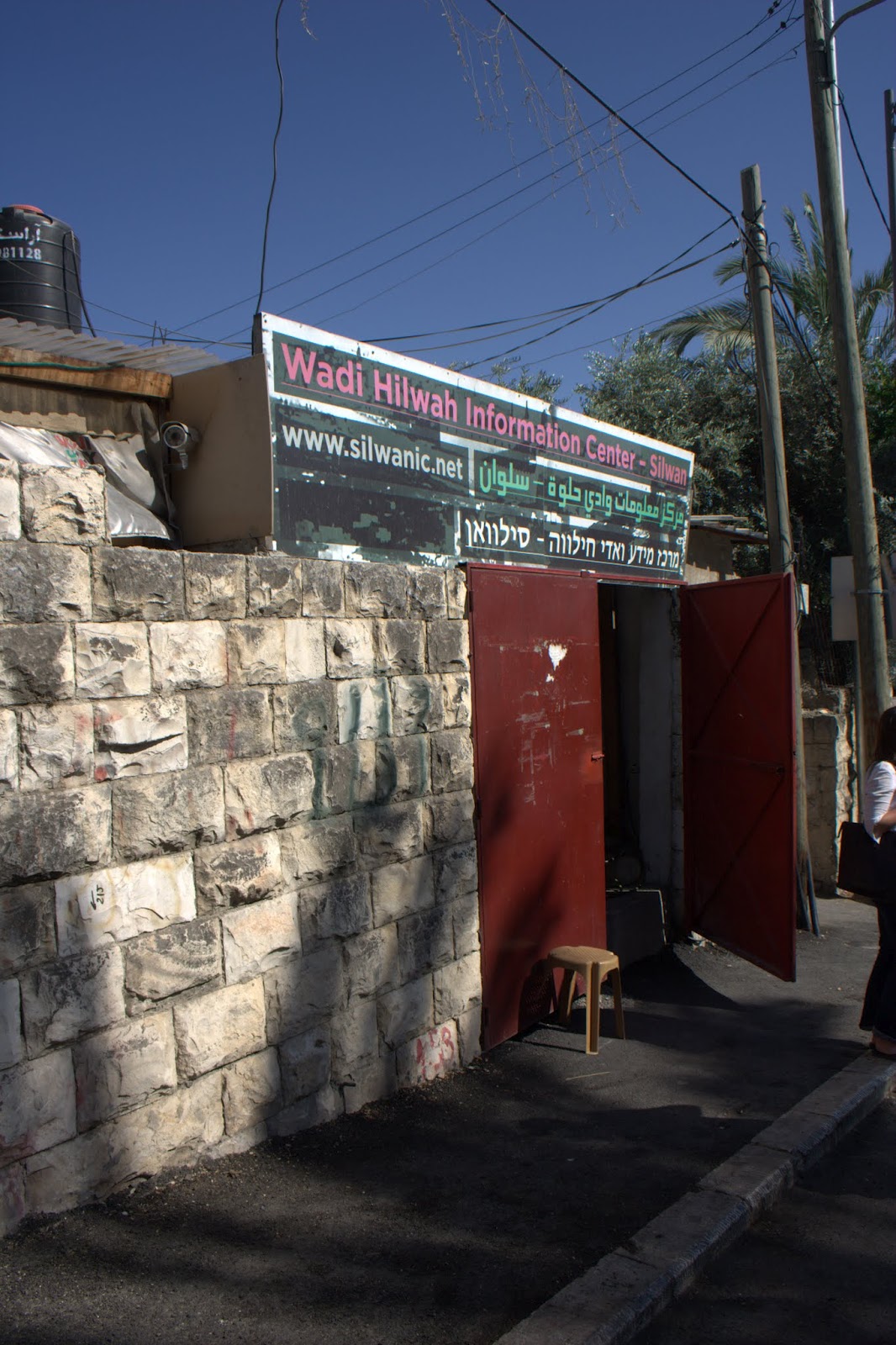 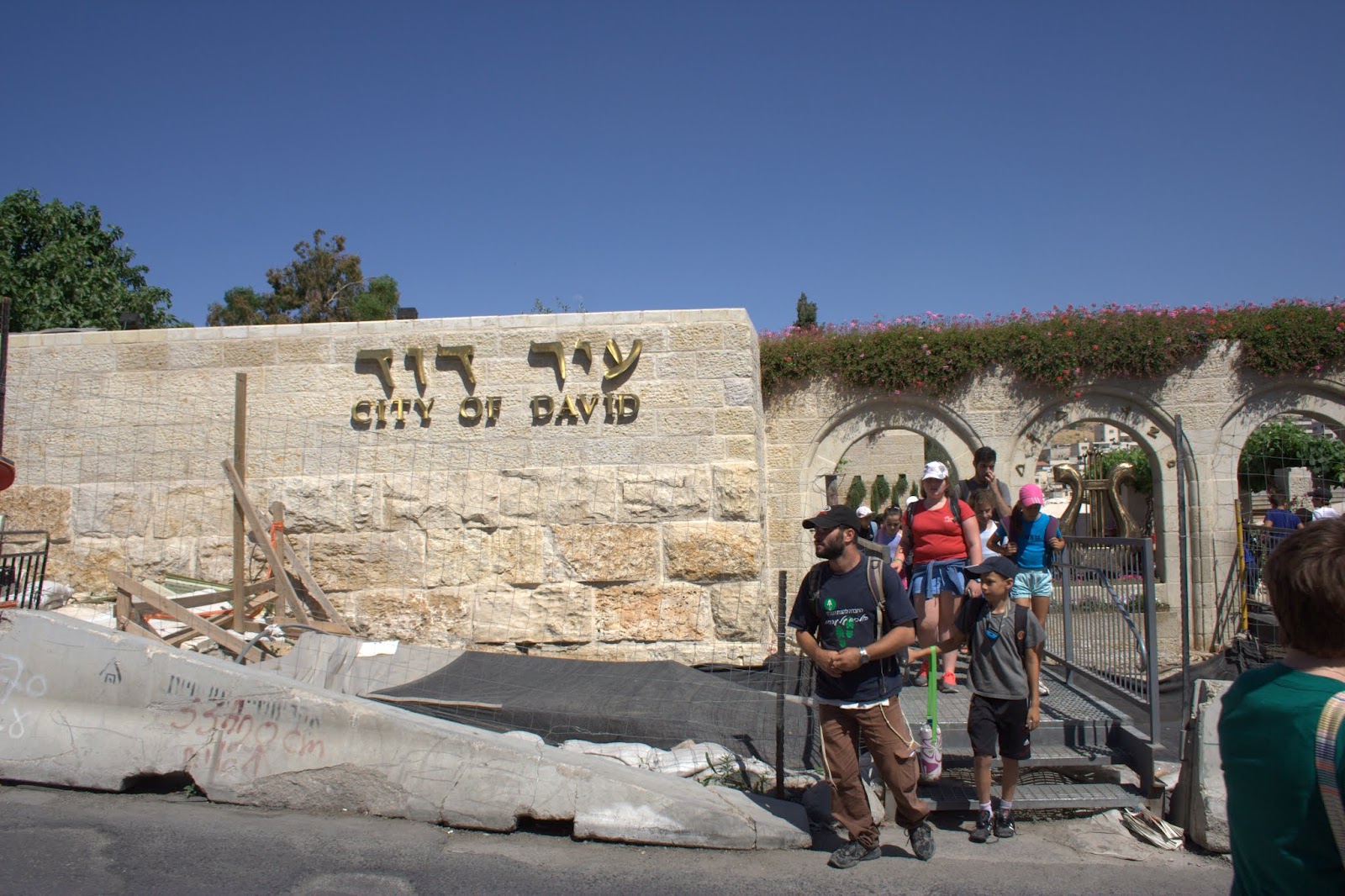