This fall, I’ve been trying my best to make it around to more NYC shows and events. Here are my thoughts on a few of them (more photos available here):

The Young Architect’s Program competition provides the chance for a “young” architecture firm to produce an installation at MoMA PS1 in Long Island City, Queens, for the summer, to provide the site for multiple “Warm Up” concert events. This year’s firm was HWKN, and their creation, “Wendy,” was a giant blue stylized explosion, intended to do something about cleaning air and water. What it didn’t do very effectively, in my view, was provide anything other than visual appeal. There was hardly room to stand under/near it, no one was allowed inside (although off-limits stairs leading up into its interior indicated that there was space inside), and it was really too far from the stage to do more than serve as a piece of eye candy. Occasionally it shot water out of a jet near the top, but otherwise seemed just to sit there. Probably Wendy’s greatest redeeming feature was being incredibly photogenic - I had a hard time taking a bad picture of it (her?). My conclusion was that it was a cool sculpture, but hardly “architecture.” More like an overgrown starfish. Apparently the goal was to “craft[…] an environment, not just a space” - but I’m not sure the architects managed either. Points for making it blue instead of green? 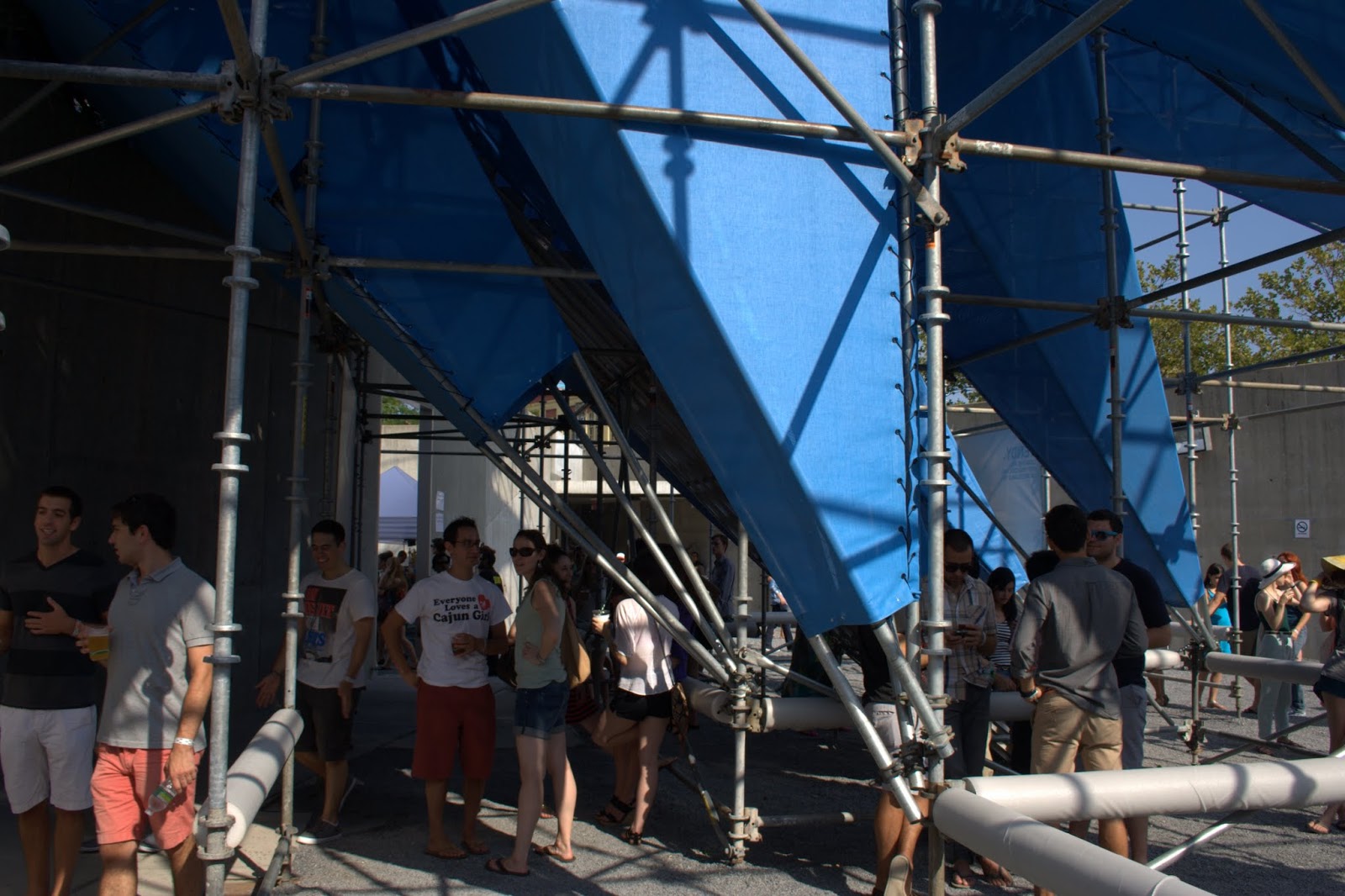 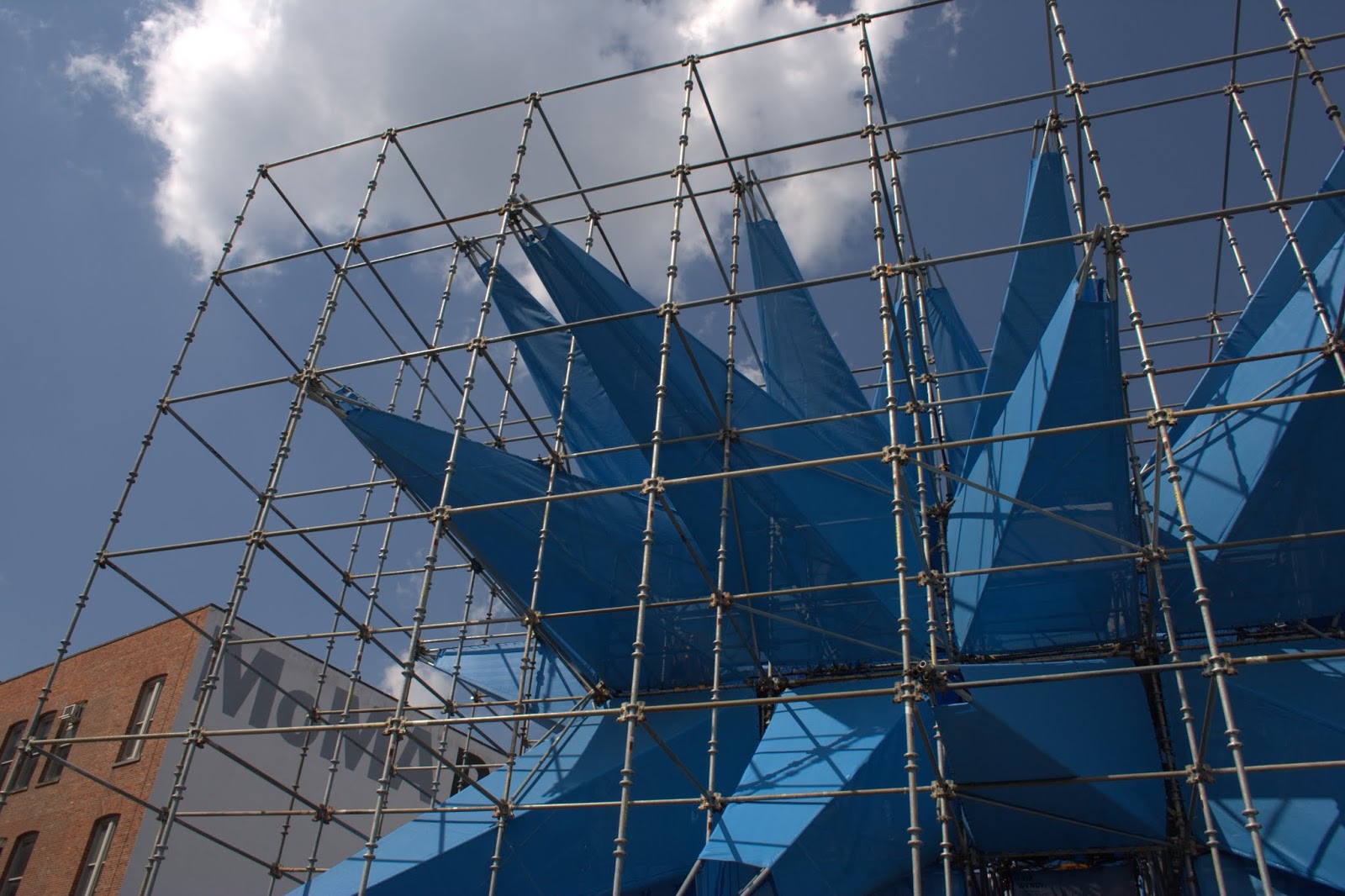 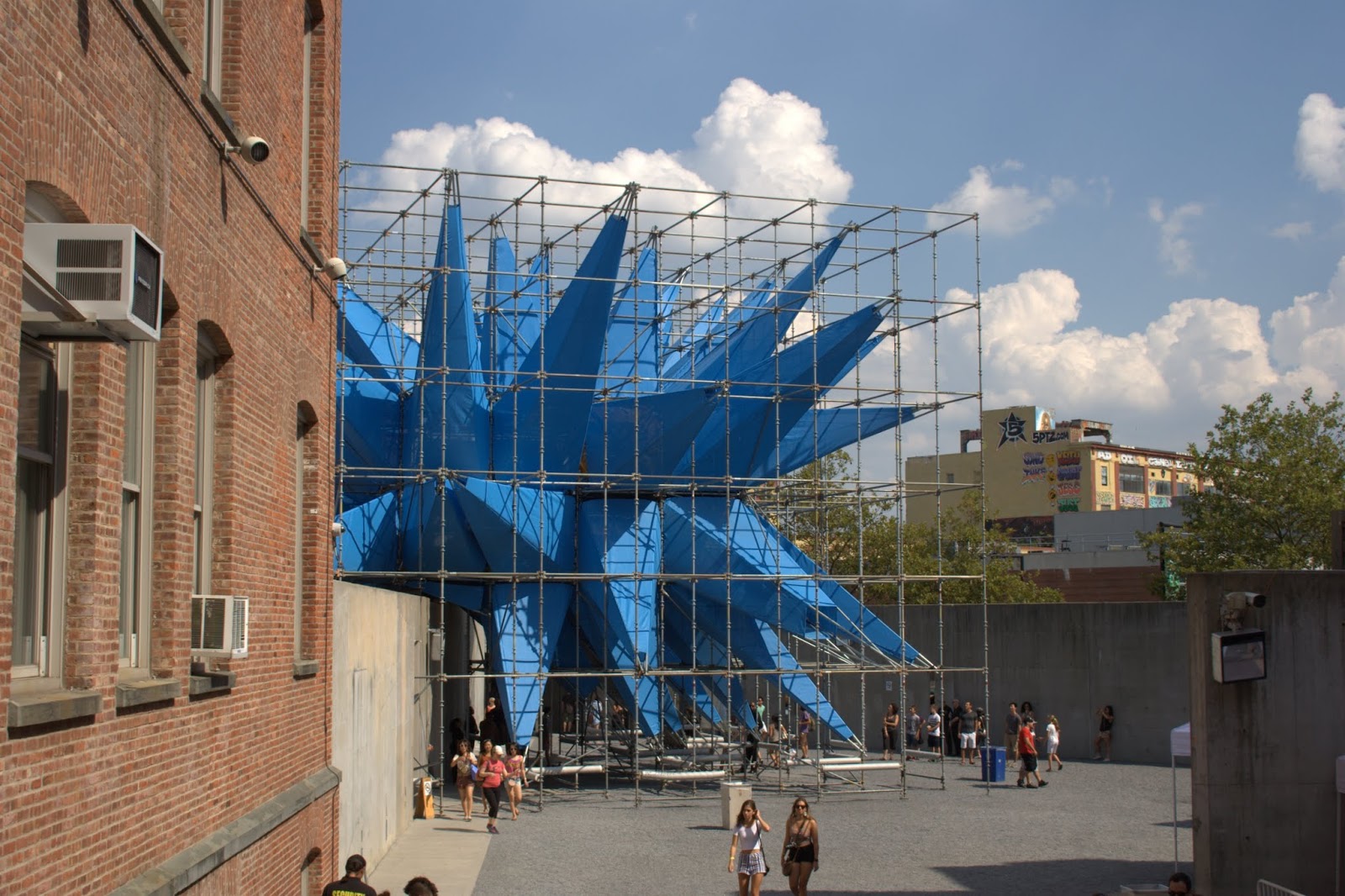 Although I must confess having little to no interest in “designer toys,” as the type of work displayed at this exhibition was called, I definitely enjoyed seeing the level of detail and craftsmanship put into these little plastic sculptures. I also didn’t know anything about the artist Doktor A before deciding to go to this show. So you may ask why I went at all - and the answer can be found here: I was asked to go by an internet friend. Who then rewarded me by publicly thanking me for the photos here. So, even aside from my enjoyment of seeing these little steampunk creatures close-up, it was definitely a worthwhile endeavor! And I’ve learned a bit about custom vinyl toys. Isn’t the internet - and living in NYC - fun? 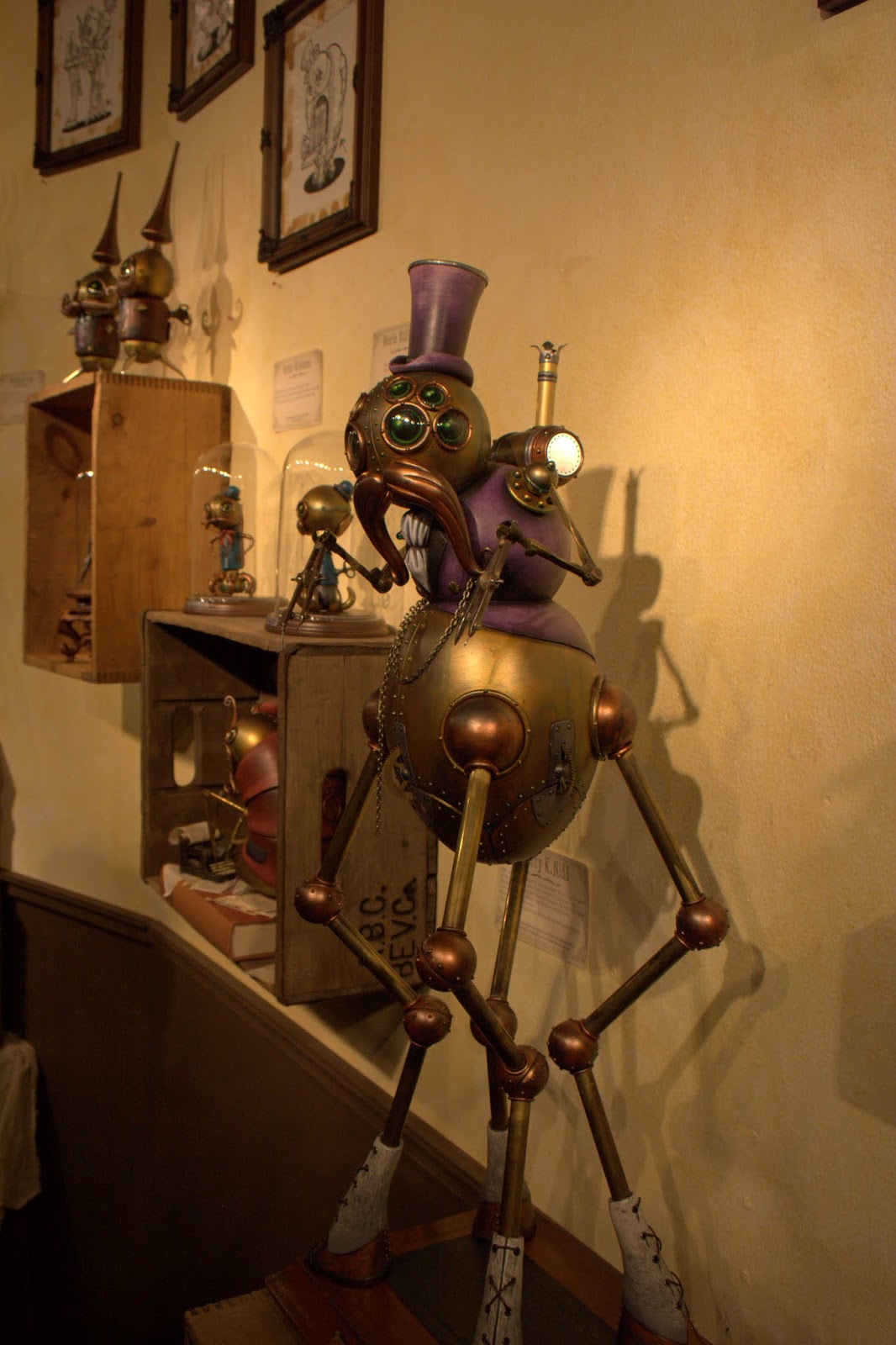 Museum of the Moving Image in Astoria, Queens

Despite the relatively small size of this museum, Justin and I were thoroughly interested and entertained for several hours. Located in an old film studio complex, the museum was overhauled and renovated 2008-2011, and reopened in 2011, so the displays are new and pretty interesting. The interactive media displays actually work properly, and are clever and engaging. And best of all, I got to take my picture with a Yoda puppet. If you’re interested in film/television production, old cameras and TV sets, and props and models, this is definitely the place to go. They also have a large display of original Star Wars and Star Trek toys, functional arcade games, and more in the “merchandising” section - pretty neat! 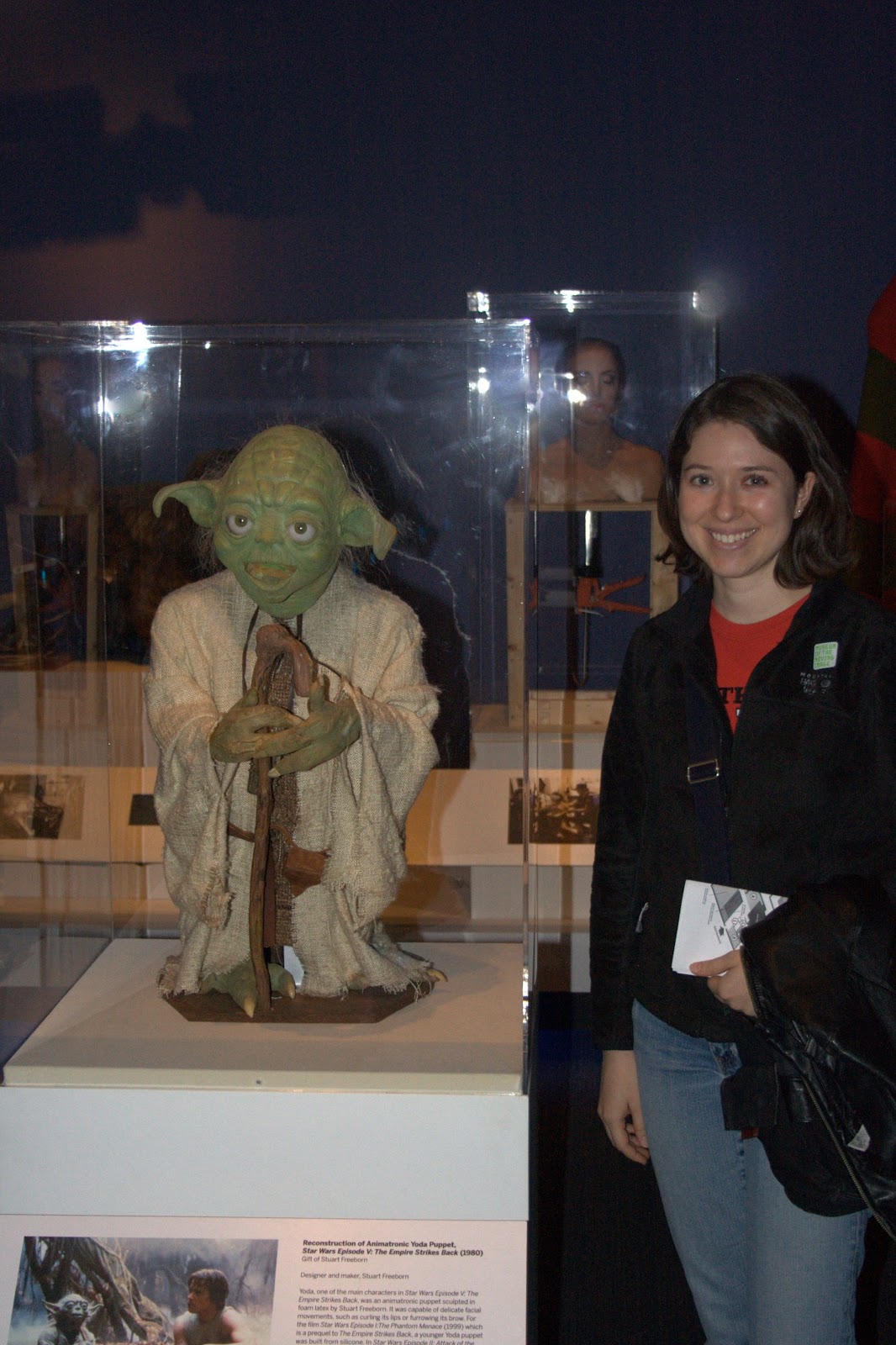 I enjoyed this installation quite a lot, both for its surreal interior qualities and for the amazing views provided from the installation platform. Tatzu Nishi creates installations like this for statues around the world, building oversized rooms for the statues to inhabit. Here, Columbus is like a giant coffee-table ornament in the middle of the room. Oddly, the windows are oversized, as if to make up for the giant scale of the room, but the doors are standard-sized, creating a bizarre contrast. It’s not clear who the room is really for. Despite its pink American-stereotype wallpaper, most of the room is so ordinary that after a while one forgets that Columbus is even there. The real star of the show is Columbus Circle outside the windows, with busy streets radiating out in all directions. A fun experience! 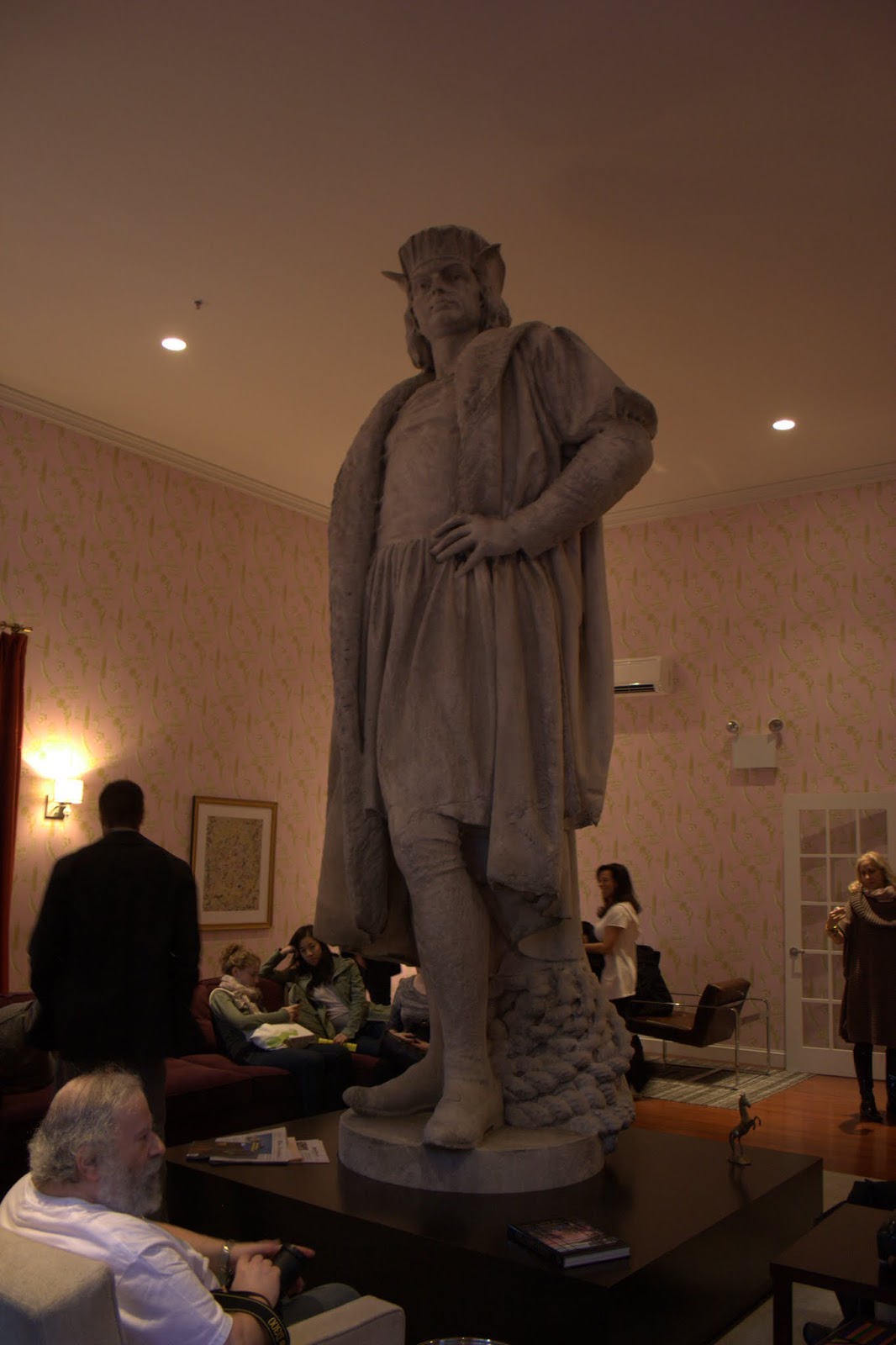 Note: To all those concerned about my safety here in NYC since Hurricane Sandy - thank you for your thoughts and messages! Fortunately we never lost power or water, and everything is back to normal here in upper Manhattan. Continued support is needed, however, for those in other parts of the city and in New Jersey who were not so lucky. Dozens of charities are accepting donations tagged for Sandy relief - choose your favorite! Here’s mine: Presbyterian Disaster Assistance