Every year Columbia GSAPP releases a yearbook of sorts, full of student work from the previous year. This year’s Abstract, designed by Stefan Sagmeister, has been setting the school a-buzz, but not for the usual reasons. Because this year’s Abstract was a decoy. 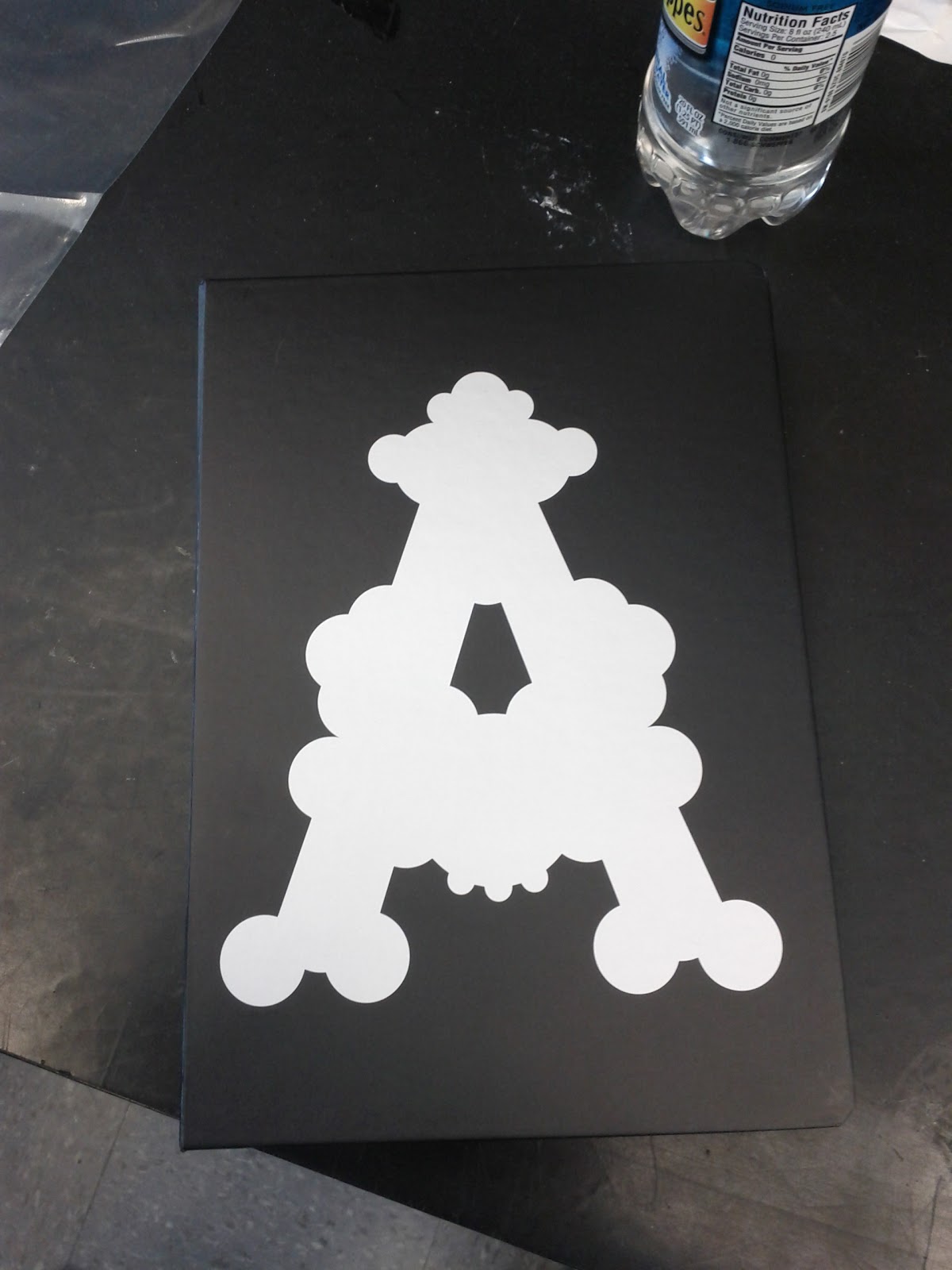 Inside the flimsy plastic case that resembles a book is… nothing, just a web address spelled out in block letters, like the packaging for some alphabet toy. The actual Abstract is an electronic-only affair, downloadable from this website, available as an application only for desktop computers (Windows and Mac) and iPads (sorry, Android). There is no web version. So far I’ve only seen a limited preview, since I don’t have an iPad, and I don’t spend much time at home. I’ve heard numerous complaints that the application doesn’t work at all, but I hope to find out for myself… eventually. From what I’ve seen by looking over the shoulder of someone with an iPad, the app is actually quite nice, provides high-resolution views of the content, and lets you both search and browse at random through the “pages.” 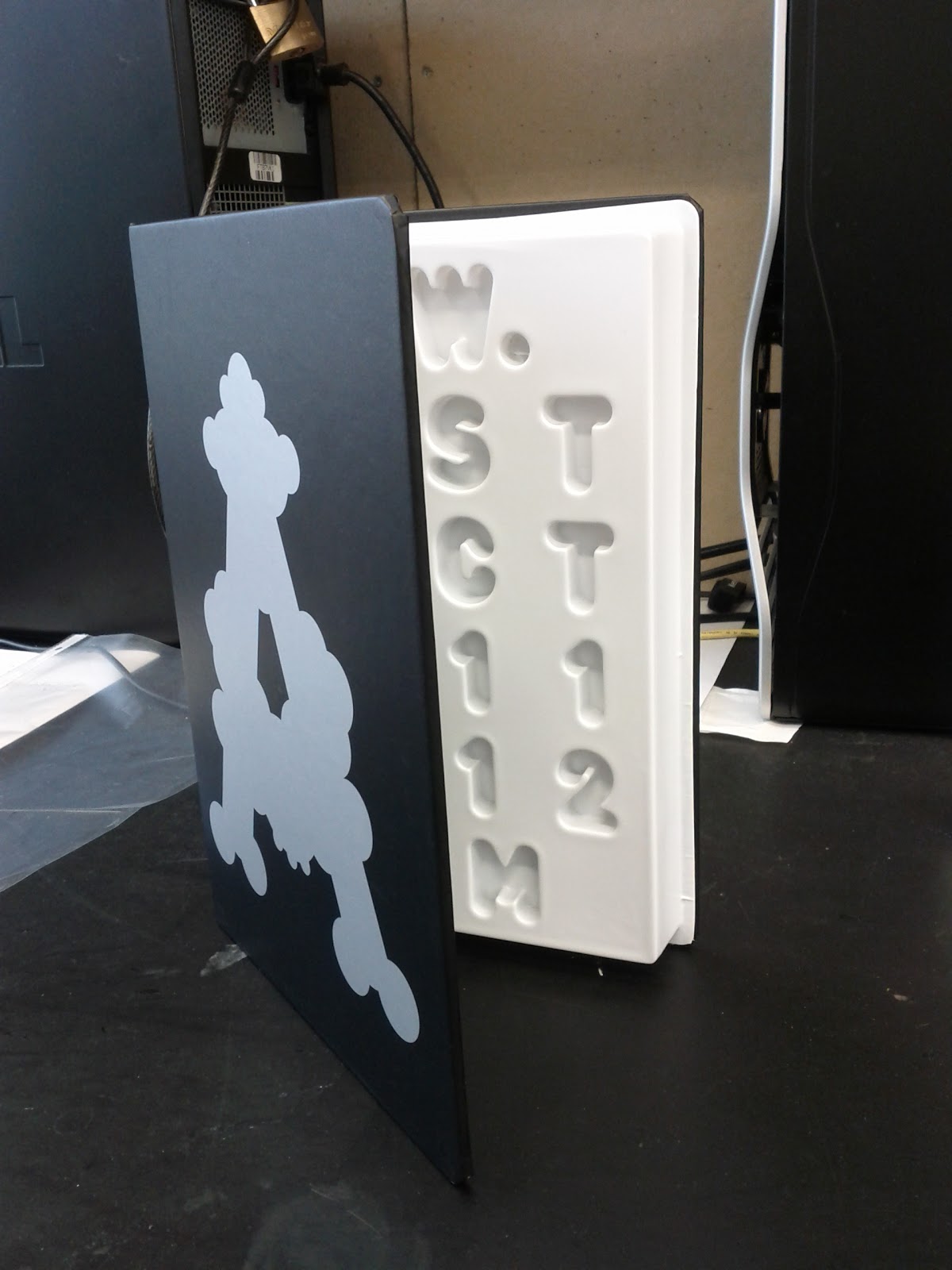 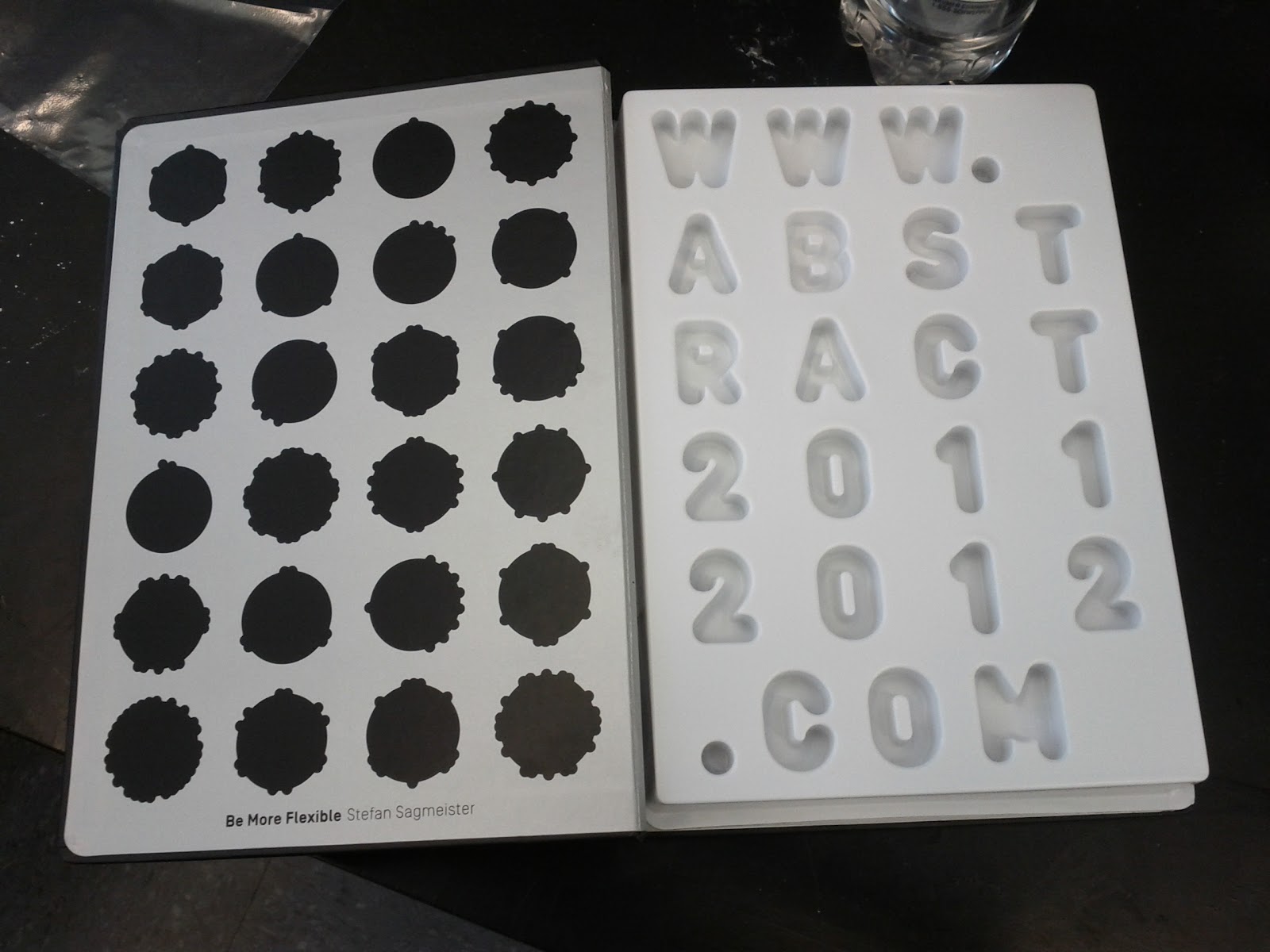 But what’s causing my peers to grumble, and with which I agree, is that the plastic decoy version is a big waste of resources.* Why bother creating this faux plastic version of a book at all? Why not just post the link around the school and call it a day? Most of us aren’t opposed to electronic content - far from it. What we don’t like is the pointless plastic packaging, worse than sending an application on DVD through the mail, since there’s not even any content inside. I do have my own reservations about the format of the “book,” however, since I’m not sure we’re yet at the point where the archiving of digital materials can stand the test of time. What happens in 10 years when there are no more iPads and no more Windows 7, and we can’t open this application anymore? Do we have to keep an old Windows machine around, like they do at real archives, just to open this program? I grant you that books are becoming more and more electronic, but for something that claims to be an archive of student work, this year’s Abstract falls a little short. And why is there no web version? At least a web version might get picked up by electronic archives like The Wayback Machine, and thereby stand a chance at existing for more than the next few years.

I would like to make clear that I mean no disrespect to the students who worked on this project, including students in my own program, but I wish someone had been able to convince the administration that a plastic decoy is not something anyone wants on his/her shelf. I’ve seen copies of Abstract used as a gift for visiting professors or brought along when we visit others outside the school, as a kind of ambassador; I can’t image using this plastic box in the same way.

I have a few older versions of Abstract, so I must admit that this year’s falls pretty well into line with the others. Last year’s, nicknamed “the potato,” is cut full of holes that go all the way through the book. I was pretty disappointed with this version, since I think it’s disrespectful to the student work inside. We spent a lot of time and effort on these projects, and then other students spent a lot of time and effort laying out the book, only for the designer to cut holes indiscriminately through the images. Does no one actually value the work inside? 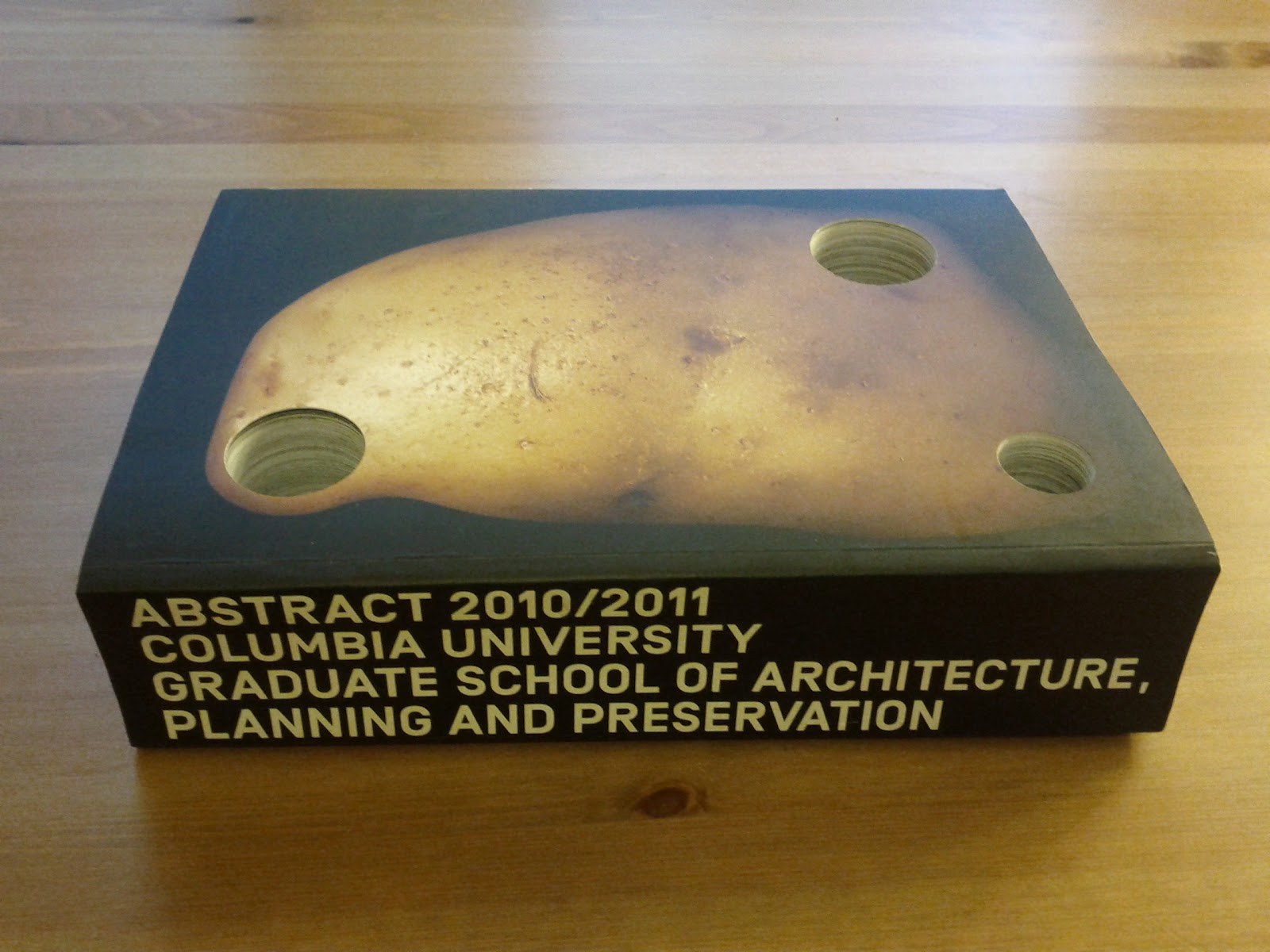 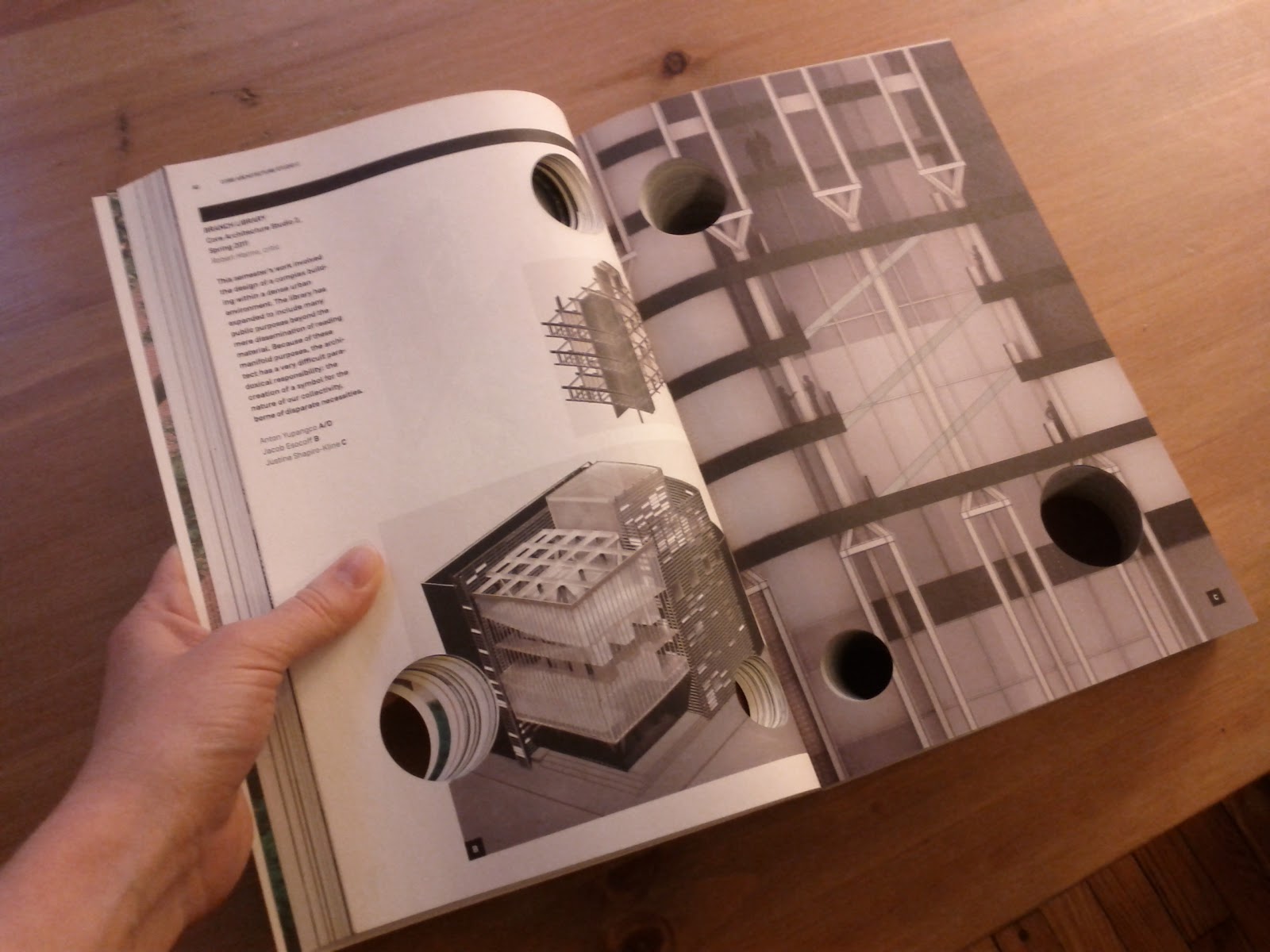 The year before was a “gold brick” of a book, with some optical illusion lines on the cover and case. I thought it was gaudy and ostentatious, especially since the gold foil covers the edges of the paper as well as the cover, and the edges are laser-etched so the lines wrap all the way around. But at least the work inside is treated like something valuable, and the gold even elevates the work to the status of idol or relic. Over-the-top, but at least respectful and comprehensible. 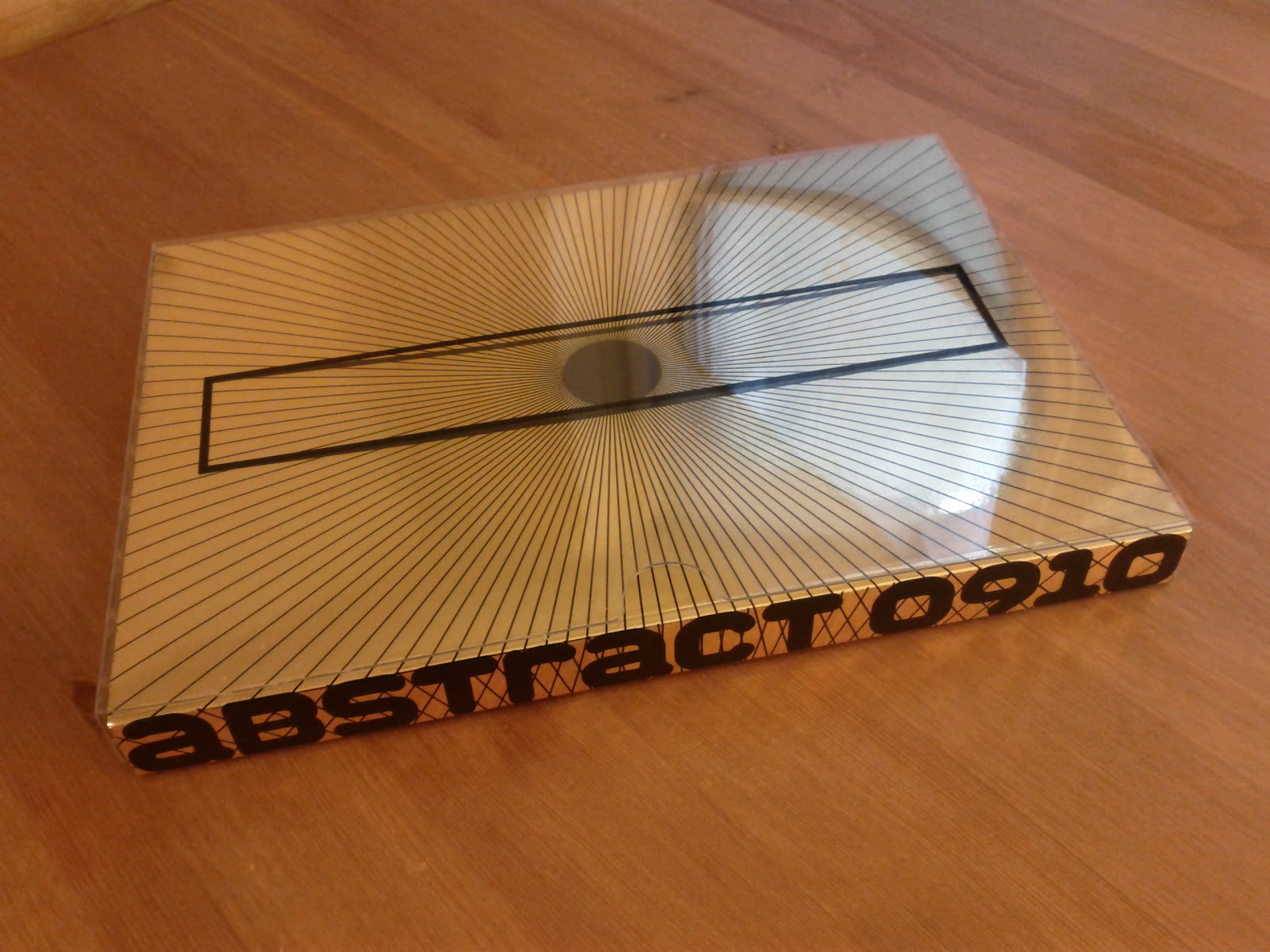 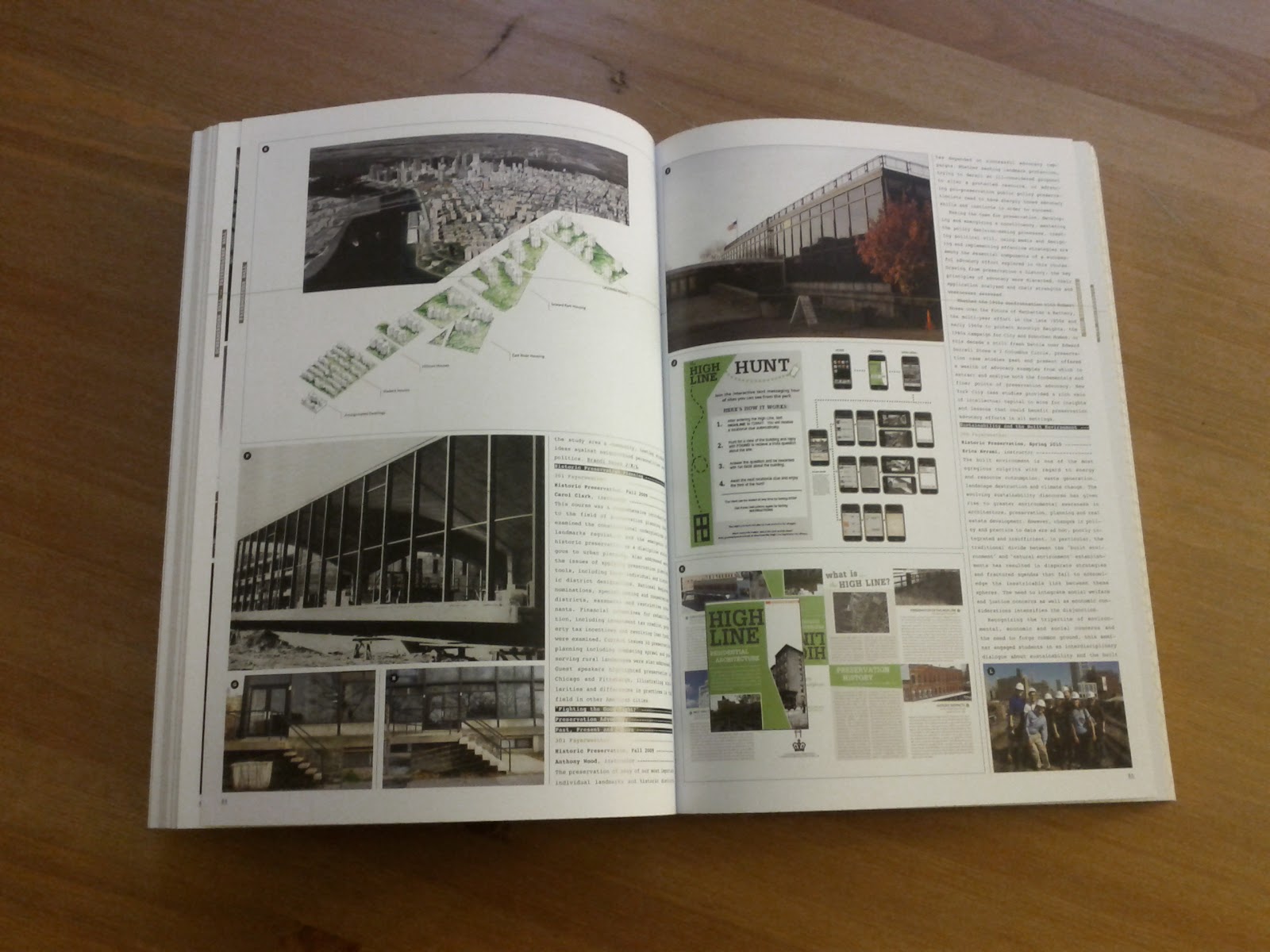 I much prefer some of the older versions I have, from before I was a student, given to me at the open house I attended back in 2010. These versions contain clever details, like nesting a series of books within one another, or covers that require following a certain set of directions to open, printed diagrammatically on the book itself.

I appreciate the impulse to create an archive of student work, and as a librarian myself, I want to encourage it. I think we should be learning from past student work. But I don’t think this year’s Abstract is either a particularly good way to preserve content or particularly respectful in its execution. I hope next year’s version returns to analog (print), if only so I can have a tangible record of my final year at GSAPP. 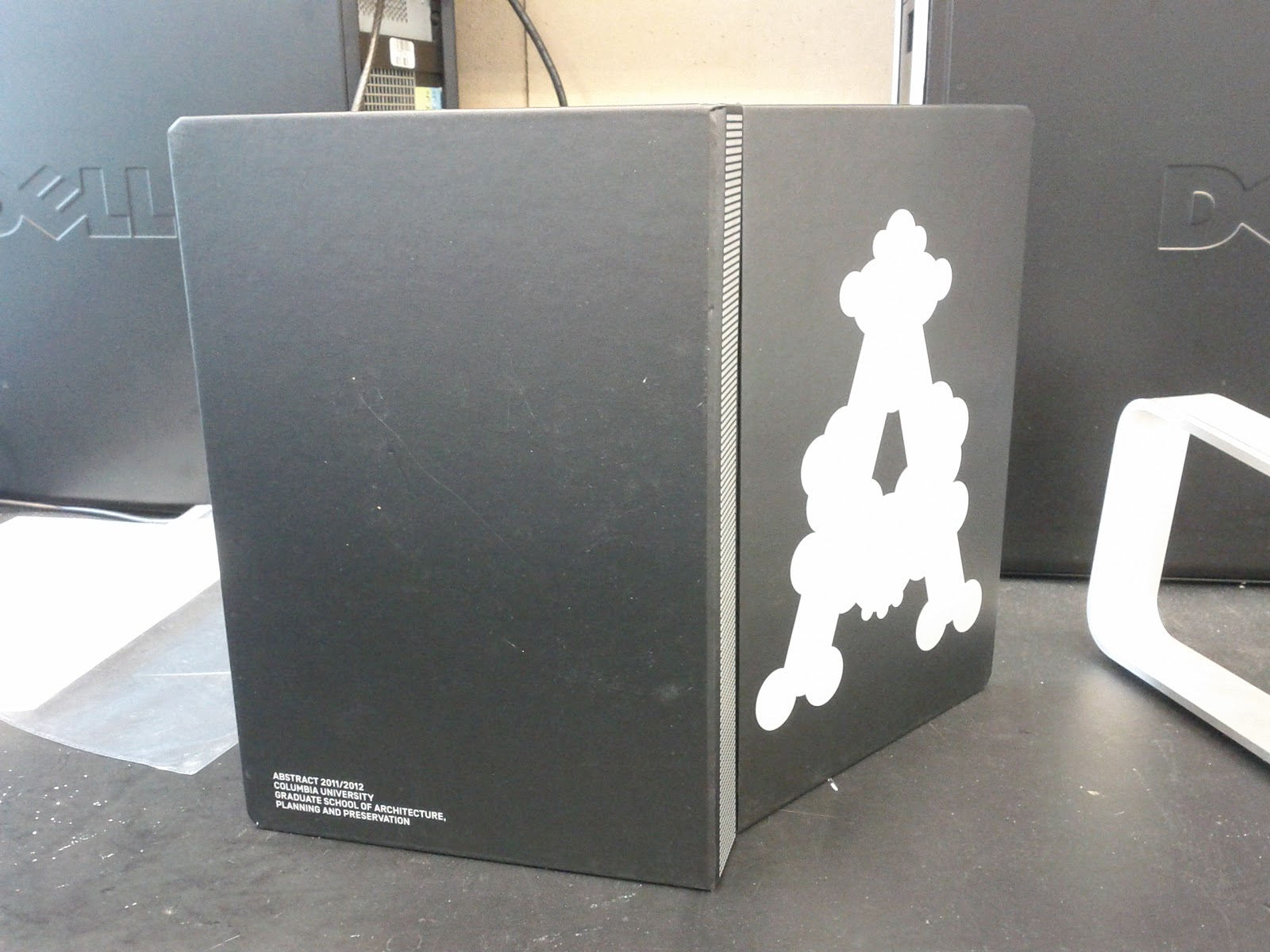 *Justin would like to point out that the combined package of app + plastic decoy may have cost less and/or used fewer environmental resources than printing a “normal” version of Abstract. I maintain that the decoy may be relatively less wasteful, but is still objectively wasteful.