Last year I had the luxury of visiting the annual GSAPP End of Year Show (EOYS) after the opening night, so I could spend some time looking at the projects and thinking about how they represented the work of the school. This year, with graduation and moving directly after the opening, I didn’t have that opportunity, but I have a few images of the set-up and projects from opening night and the previous day. 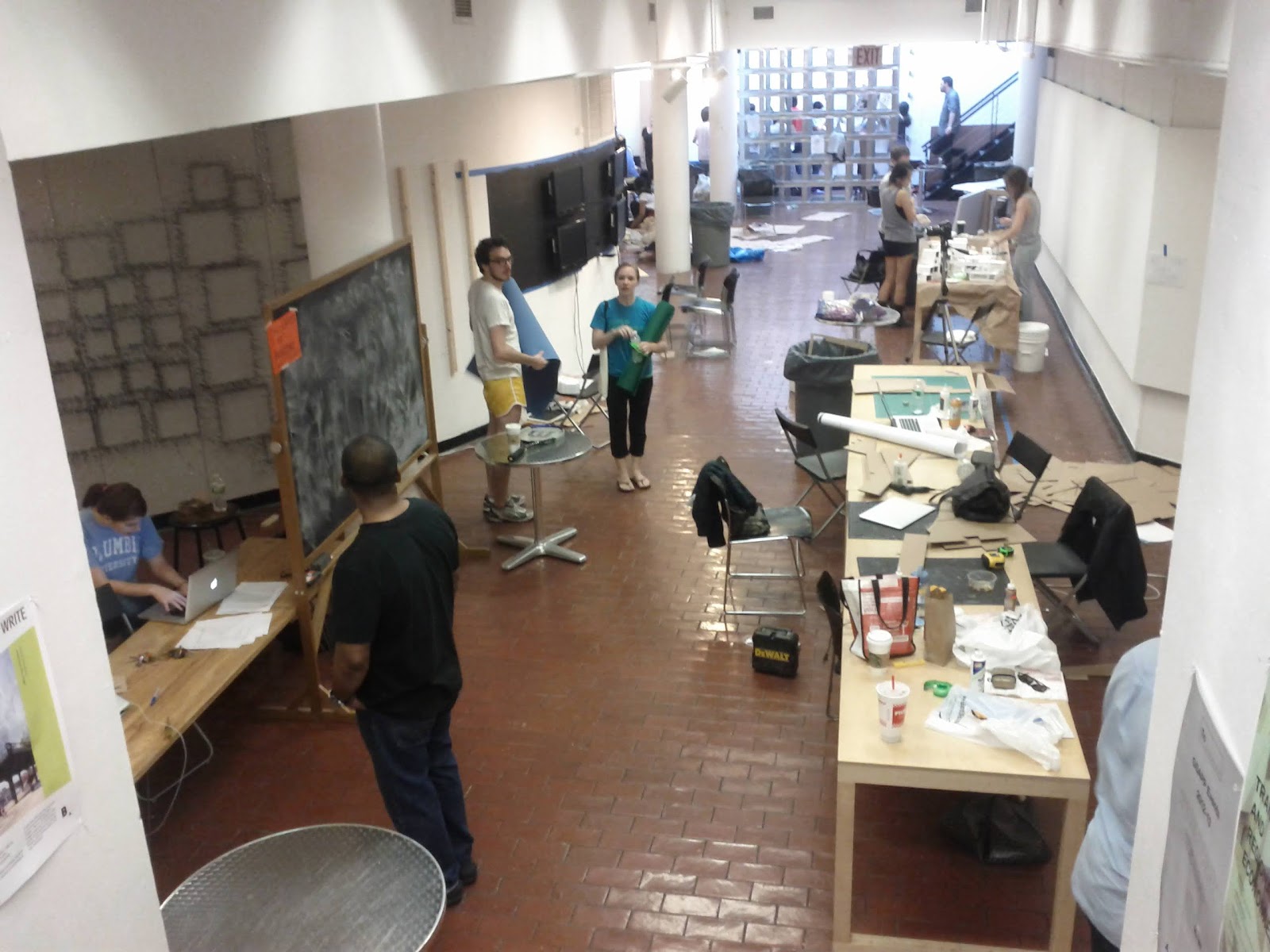 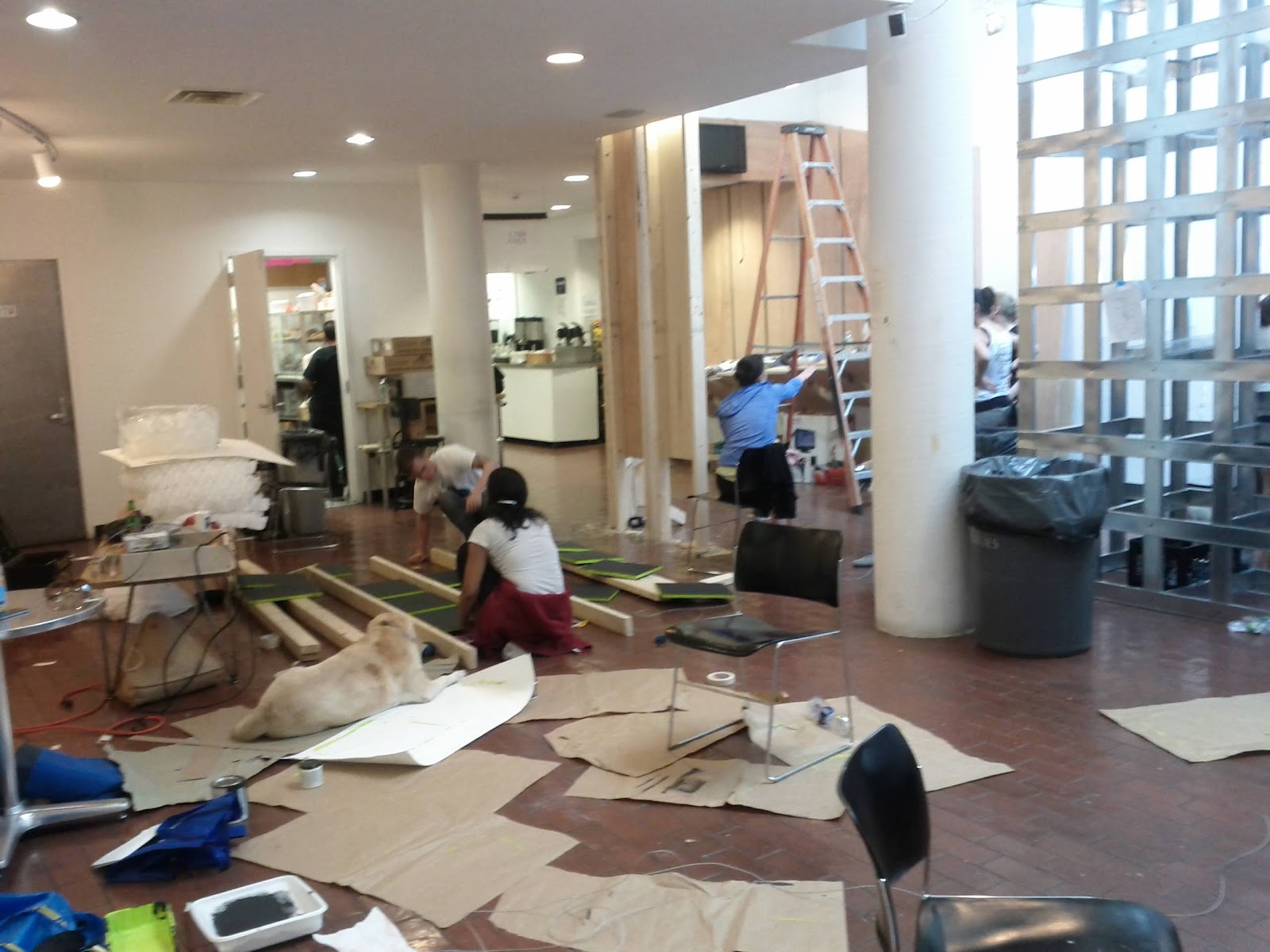 My own studio decided to go for a minimalist approach, painting our area dark grey and hanging seven identical screens, one for each project. We built out a shelf for models, painted the inside neon green, and installed an LED strip to illuminate the models on the shelf. I helped install the screens, which took much more time than it should have! I think it looked pretty classy. Our location was in a short hallway leading to the cafe, which was great for getting lots of people to see it as they went by, but terrible for people who wanted to spend any time looking at the projects. Anyone lingering in the hallway nearly got run over. But at least it looked ok as one walked quickly past. 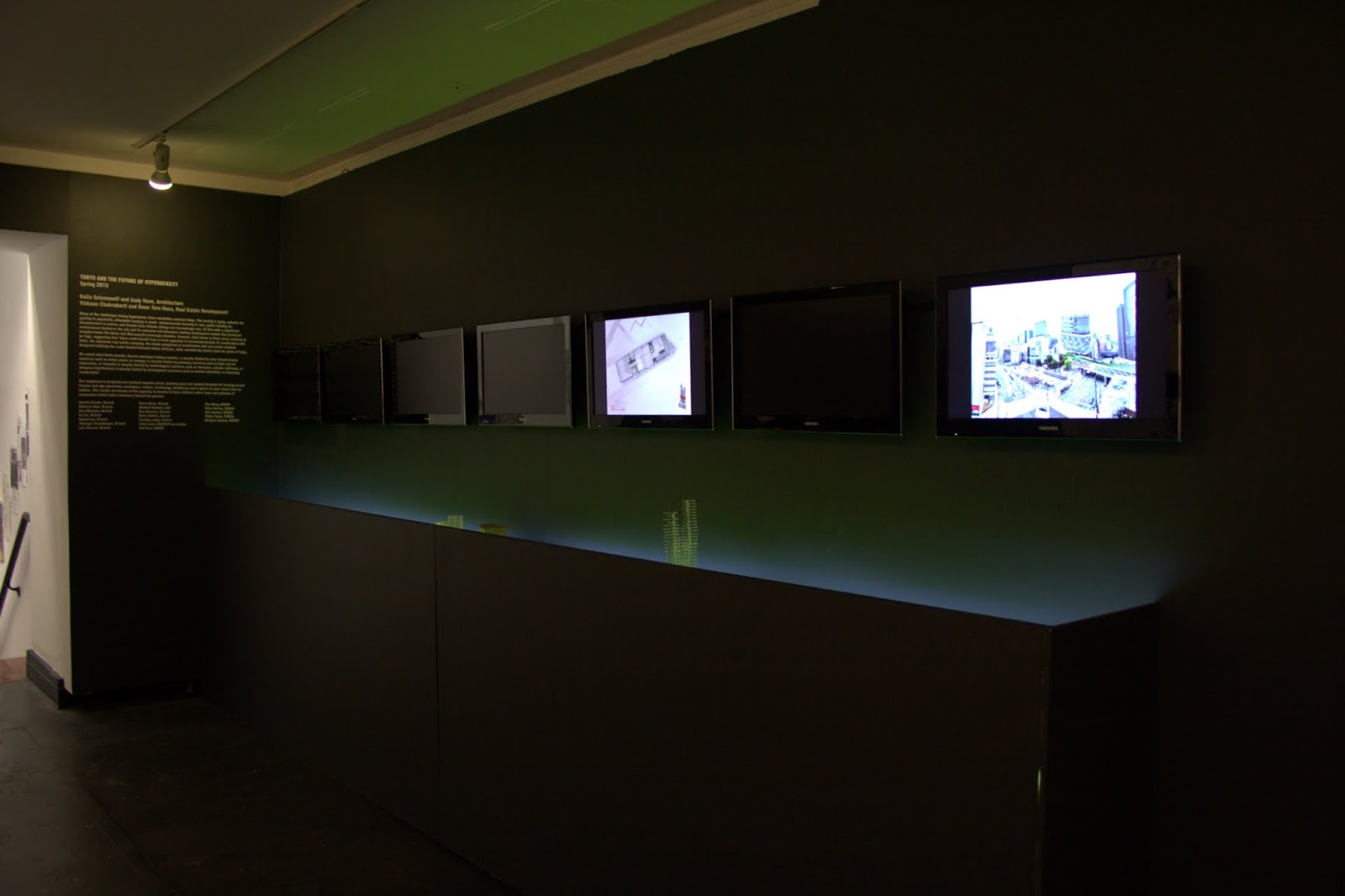 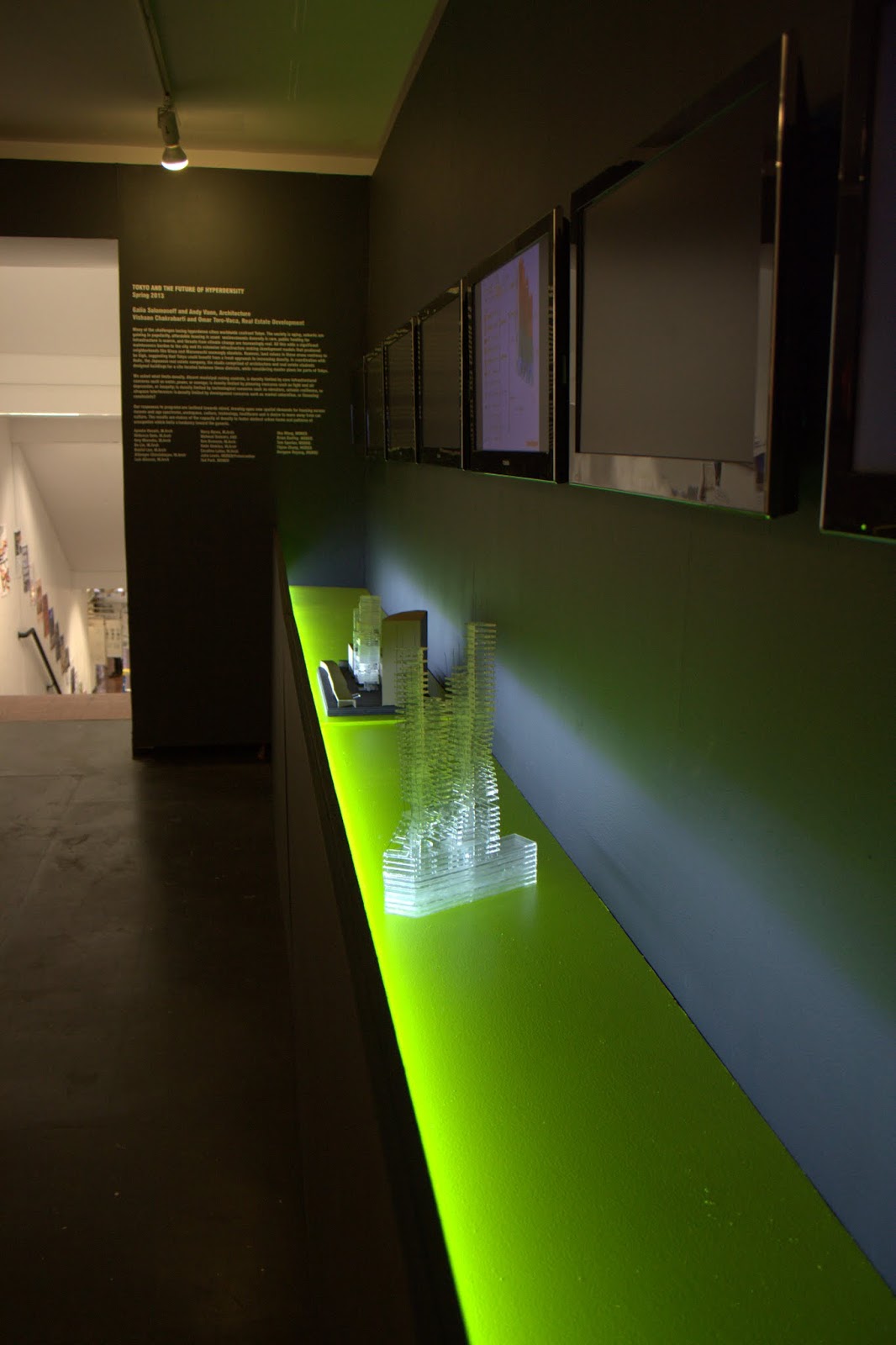 My favorite projects are always the outdoor pavilions from the Fast Pace / Slow Space class. These large-scale works are the result of a semester-long team effort, something I didn’t feel that I had time to do in my final semester at GSAPP. They’re all the more impressive when you realize that most of the students building these are third-years, who are trying to finish their graduation requirements and portfolios at the same time. The mini-forest of PVC pipe and plastic bags, called Sway, was the most compelling for me. The project created a sense of anticipation inside, since the narrow pathway obscured views both in front of and behind you, leading to unexpected encounters. And it had a nice bench for photos in front! Unfortunately, TINA, the wooden tensegrity piece, didn’t survive the rain after the EOYS, reminding us all not to forget our vapor barriers. The third piece had an undulating roof of reflective material that moved with the breeze, and would probably be great for parties.

The other studio projects I enjoyed were some of the first year studios, Bob Marino’s studio, C-BIP studio, and the furniture classes' exhibition. The first year studios are generally the most elaborate, since they are finished the earliest with their final reviews and have the most time to prepare. Bob’s studio had lovely wooden models, similar to last year. C-BIP studio appeared to have finally succumbed to complete insanity, with a dinner table setup explaining the studio through bizarre food-related metaphors, including a real, whole fish. 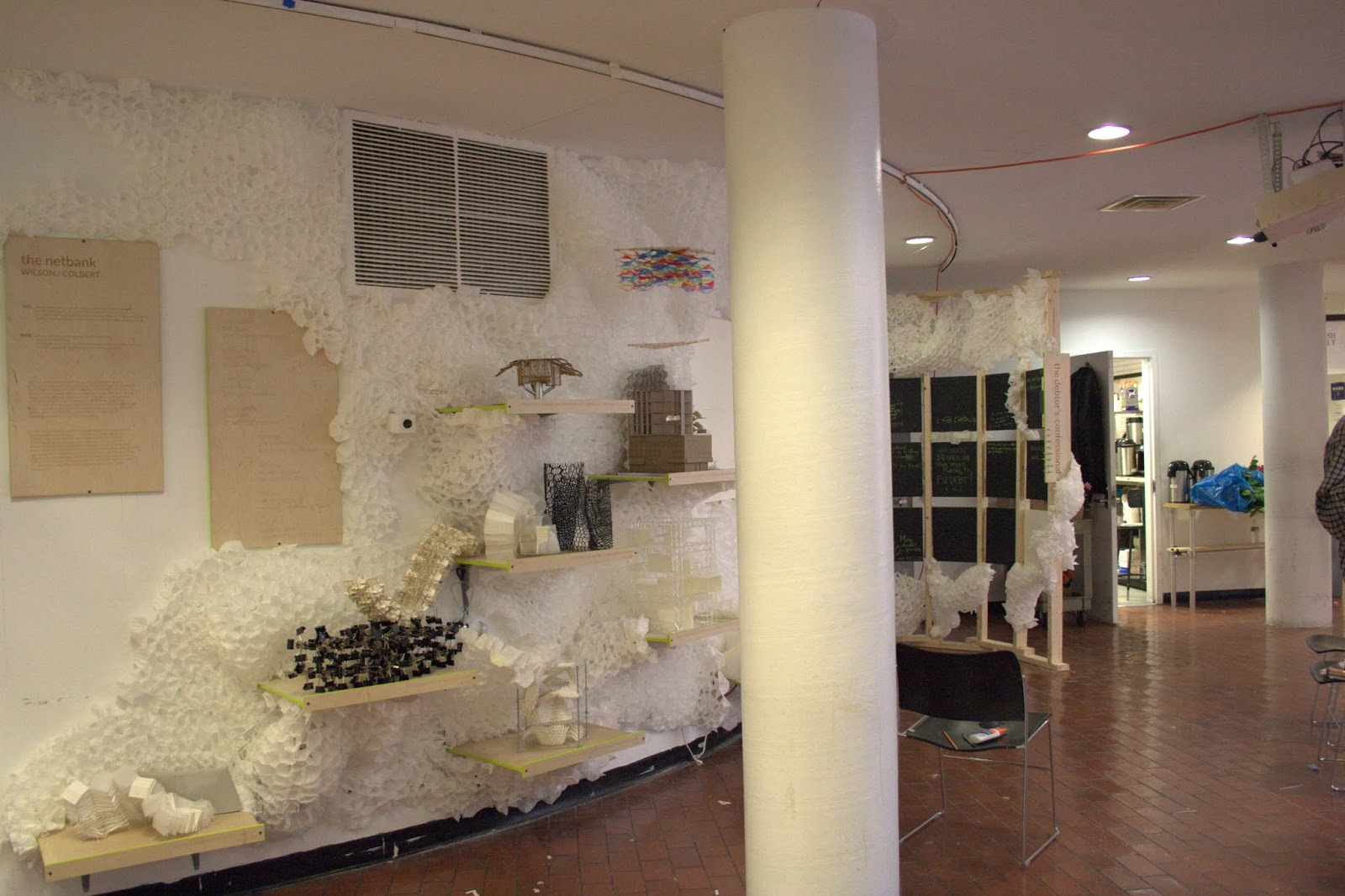 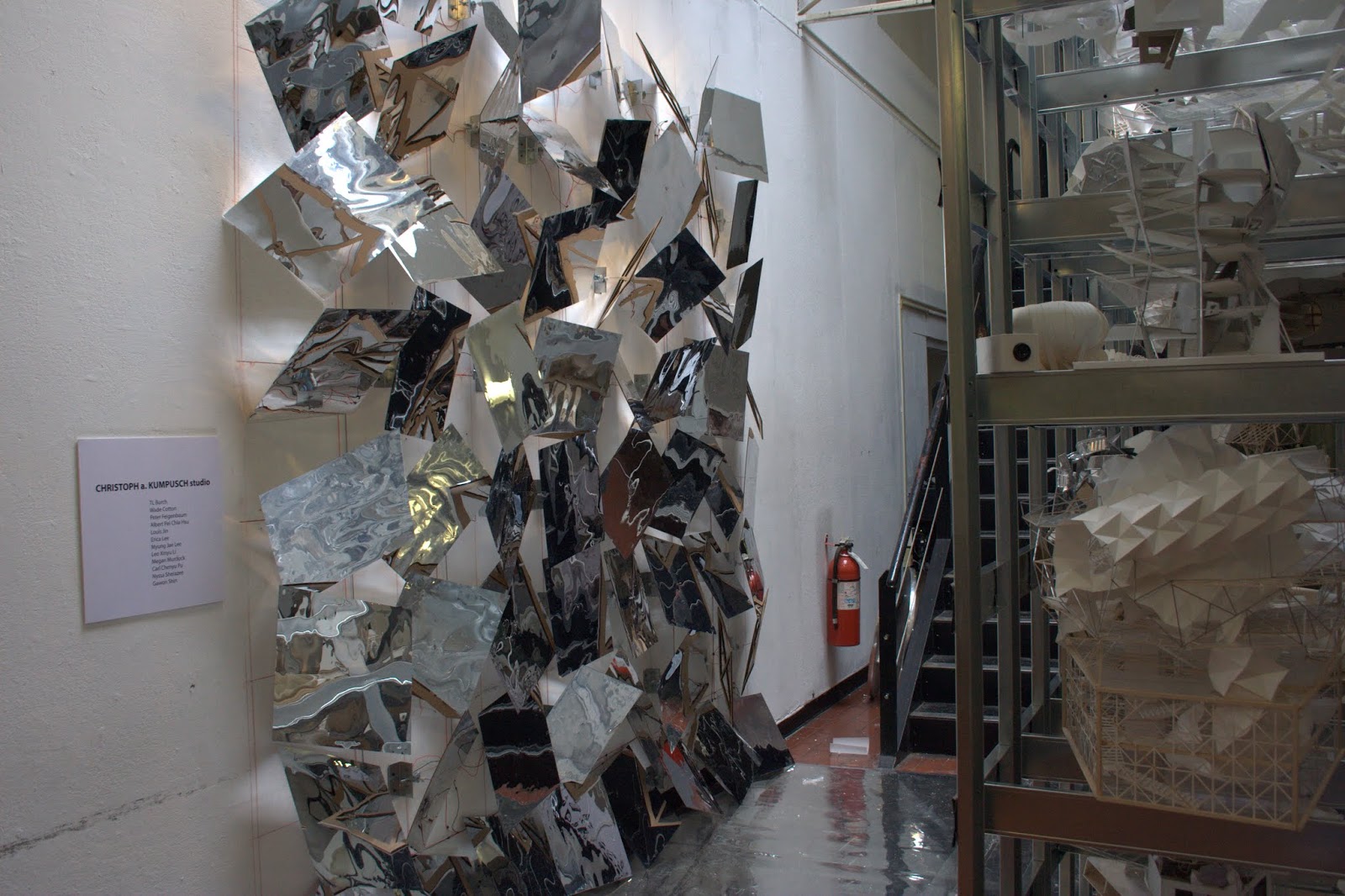 The furniture class exhibition looked great, as should be expected from a display built by the instructor himself. I managed to get one of my seating units into the show! I also had a wall system on display as part of the Beyond Prototype class. 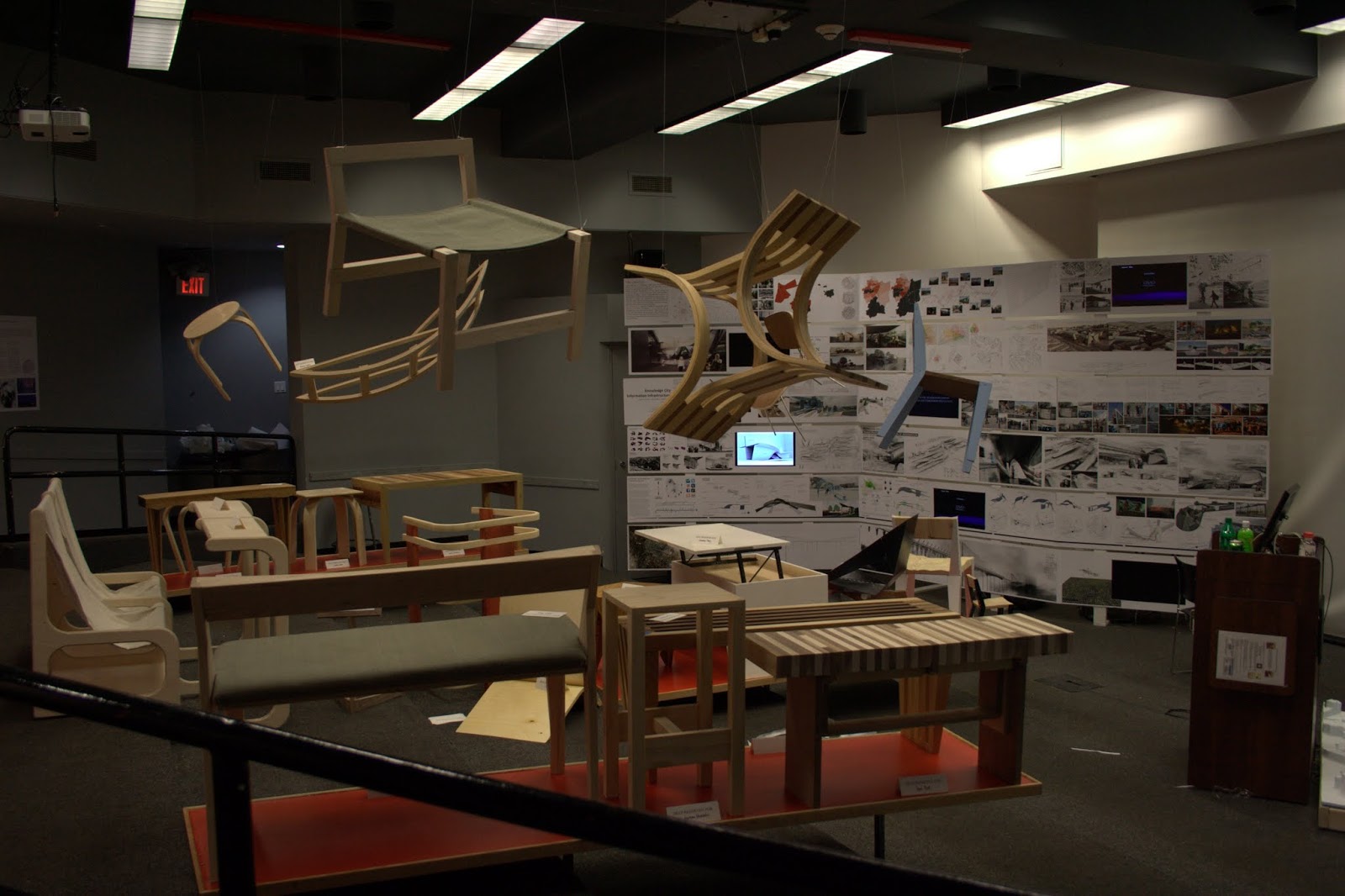 Overall I enjoyed this year’s EOYS, but perhaps it was just my deliriousness at being finished with school, coupled with a bad cold that I caught as soon as I finished all my work. There weren’t as many patently ridiculous first-year displays as the year before (I still remember the giant picture frame and “double agent architect” stuff from last year, although the latter made a reappearance). I wish that the third-year/AAD work could have been grouped together, since scattering it around Avery Hall made it difficult to compare the work from one studio to another, but perhaps eventually Buell Hall will be renovated enough to use it for the EOYS again. Not having that extra space, which we did have last year and the year before, made it difficult to accommodate all the studios. The second-years were all together on the 4th floor, and the first-years were all in Brownie’s, but the rest of the studios were seemingly put into any other available space. Even granting that the first-years “put on a better show” than the third-years, because of their copious free time and effort, it seems unfair to relegate the final projects of three years of work to a cramped hallway (like we had) or to a tiny classroom on the fifth floor. Hopefully next year will be better.

There’s not much to say except congratulations, everyone! Let’s go make better buildings! 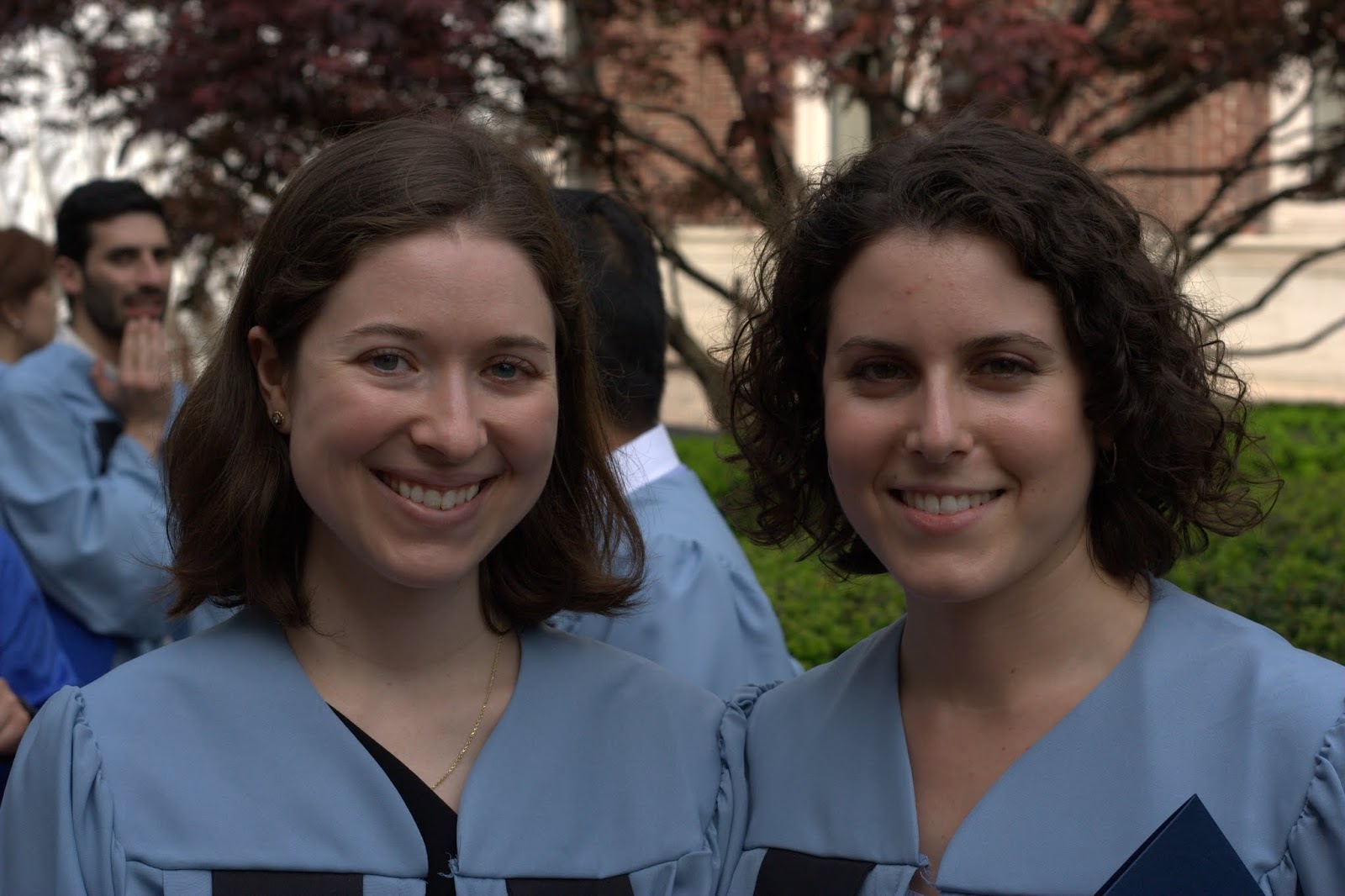