This is part 3 of a multi-part description of my trip to Kyoto and Tokyo, Japan, as part of my Kinne Traveling Fellowship grant through my studio at GSAPP. You can read the first post here and second post here. To see all my photos from Tokyo, visit my Google+ album here. A map of our destinations can be viewed here.

Our final day in Kyoto, we got up early to take a tour of the Imperial Palace grounds. The palaces in Tokyo and Kyoto, as well as several important imperial villas, are run by the Imperial Household Agency and require special registration in order to take a tour; the Kyoto palace is the easiest to access without advance reservations. We arrived shortly before the tour began, registered at the office on the grounds, and headed into the palace for the tour. The palace is kept immaculately clean and well-preserved. One highlight is that we were able to see the groundskeepers disassembling the winter greenhouse that is built annually around the special orange tree in the main palace yard to protect it from freezing. Visitors may not enter any of the buildings, but some have the sliding exterior doors opened to provide you with a glimpse inside. The gardens on the grounds are also very nice. 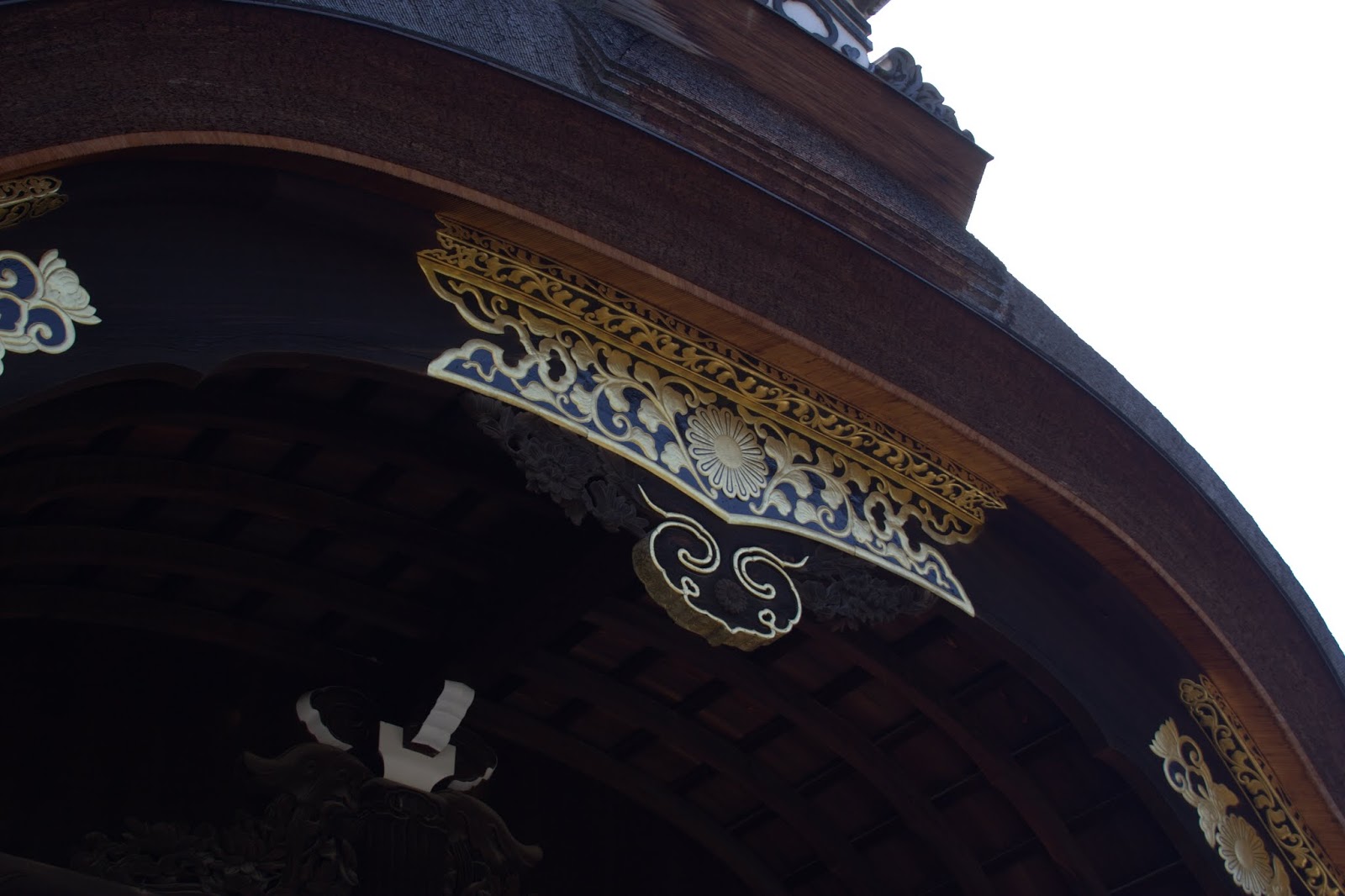 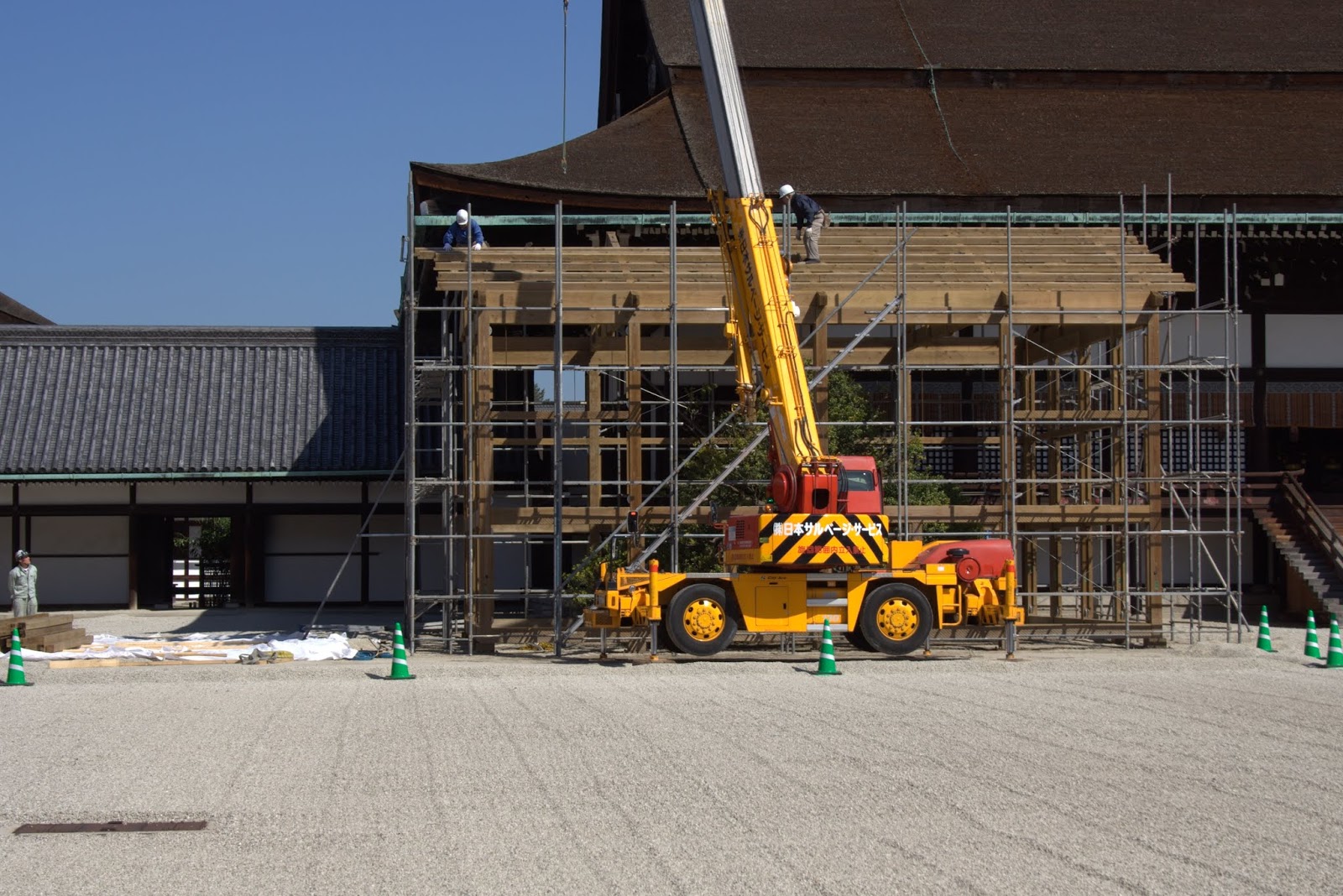 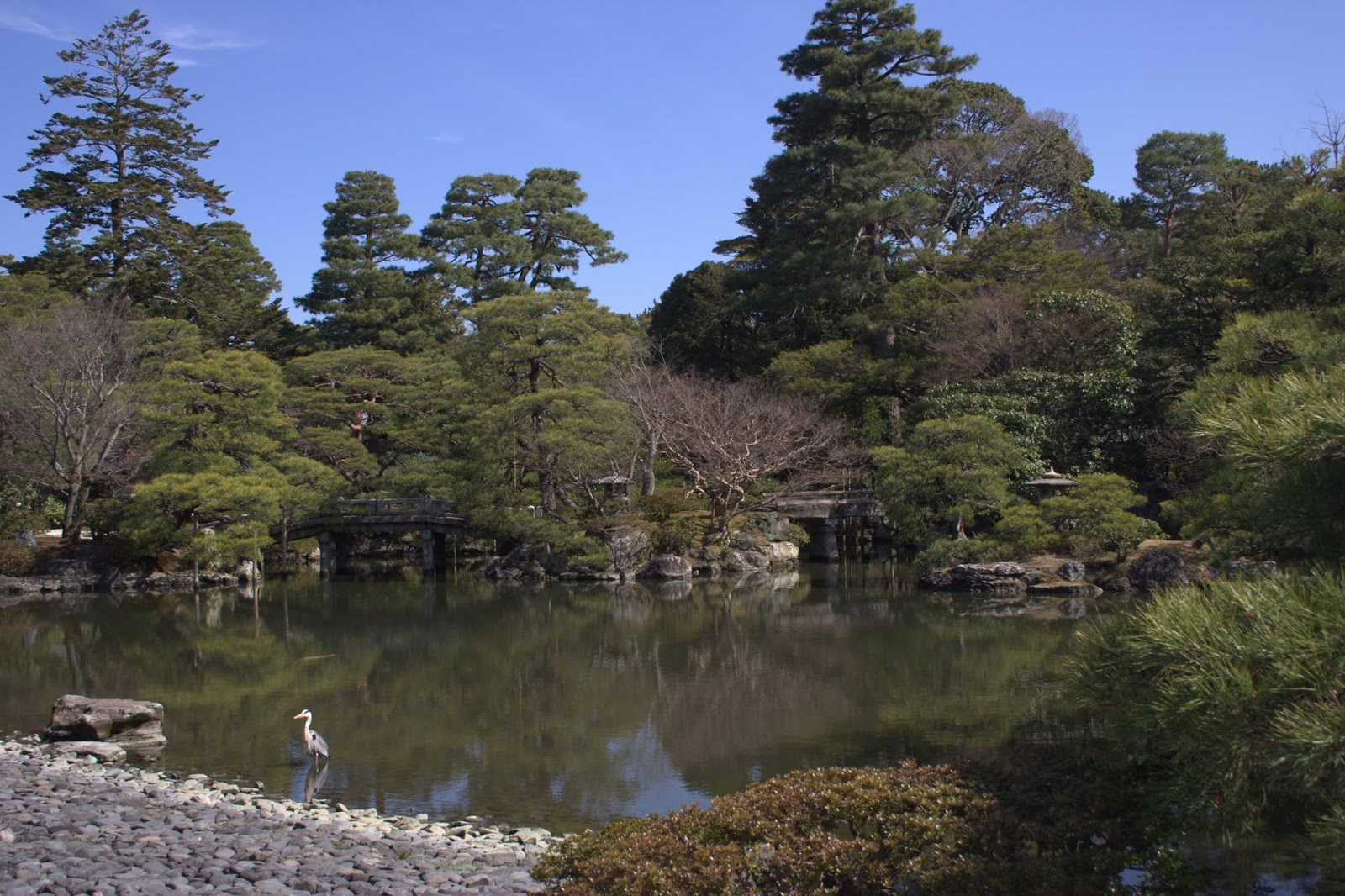 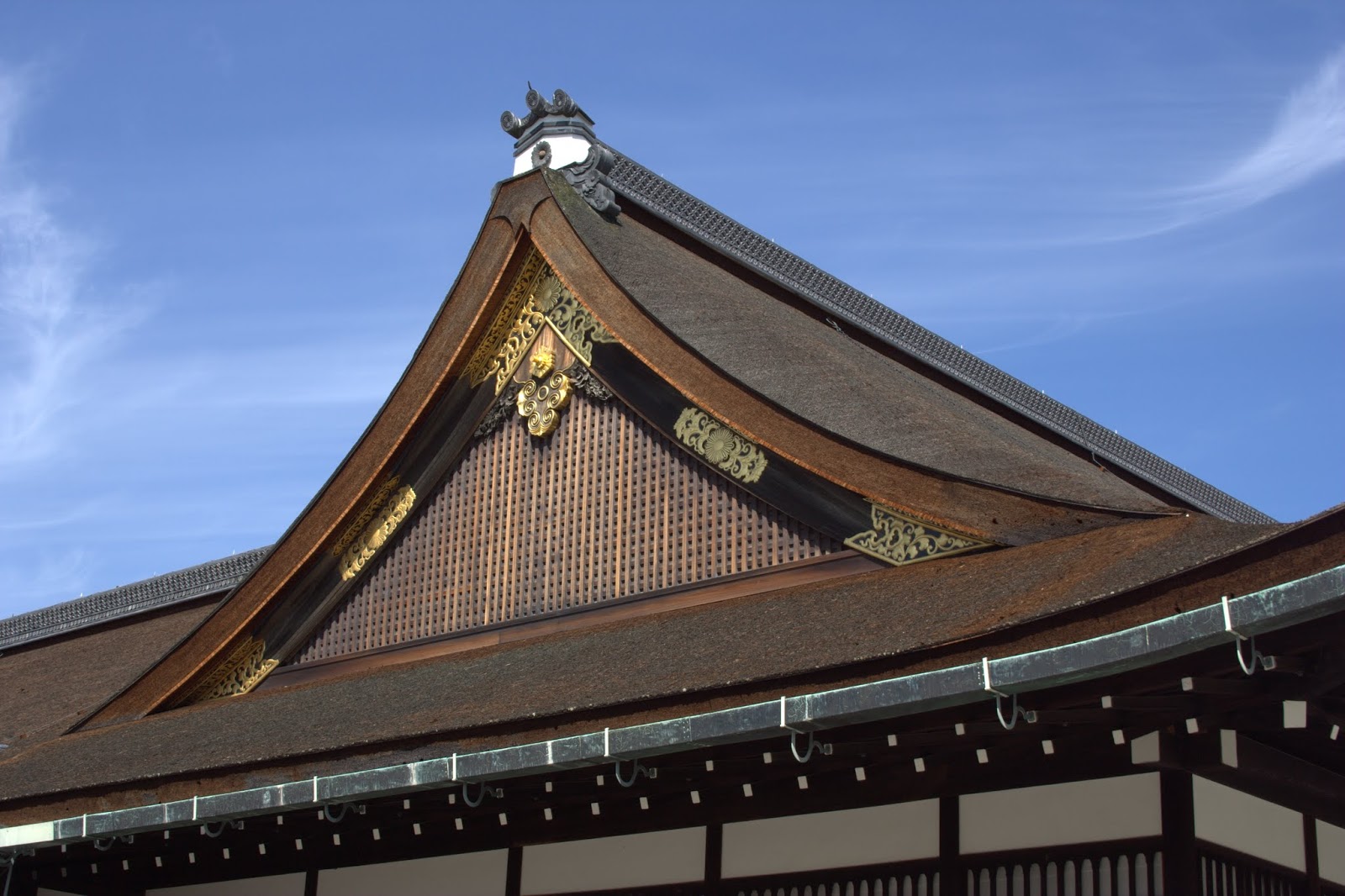 After our tour, we checked out of our hotel and boarded the shinkansen for Tokyo! For the first two nights, before we met up with the rest of my studio group for the official studio week, we stayed at the Andon Ryokan in the Minowa neighborhood. This cozy, contemporary-style ryokan has tiny rooms but very friendly English-speaking staff. It seemed to be all international guests, mostly from Northern Europe and the US. It was inexpensive and had a tasty breakfast option, so despite the very small room we were quite satisfied. A traditional ryokan experience this is not, but it’s an interesting place to stay anyway! We had dinner nearby the first night, and spent time having snacks and talking with the other guests.

Our first full day in Tokyo we took a very long walk around the city and tried to hit all the highlights that we wouldn’t have time to see during the week. We started at Omotesando, strolling past the famous designer stores and architectural jewel boxes. We saw Herzog & de Meuron’s Prada Store, MVRDV’s Gyre Shopping Center, Ando’s Omotesando Hills, and more. Then we checked out Yoyogi Park and, in an attempt to find the Meiji Shrine, walked all the way around the park to the back entrance (not recommended!). On the way we passed bizarre things like a children’s bicycle training area and an equestrian center in the middle of downtown Tokyo. Finally at the Meiji Shrine, we saw at least three weddings in progress, but weren’t very impressed by the architecture - the other shrines we’d already seen were much more impressive. The giant torii are neat, though, and if you aren’t visiting Kyoto, then the Meiji Shrine is worth a visit. 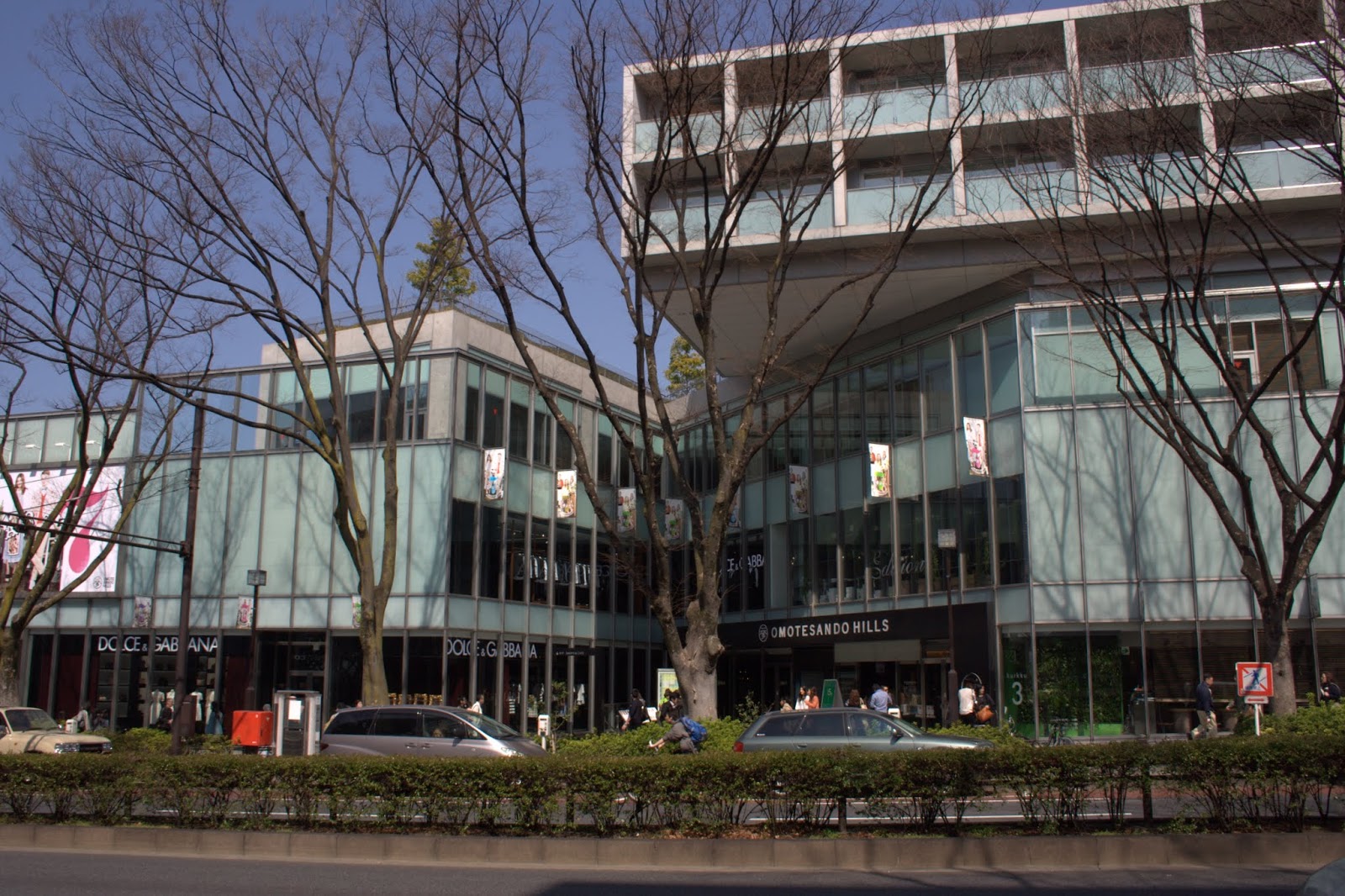 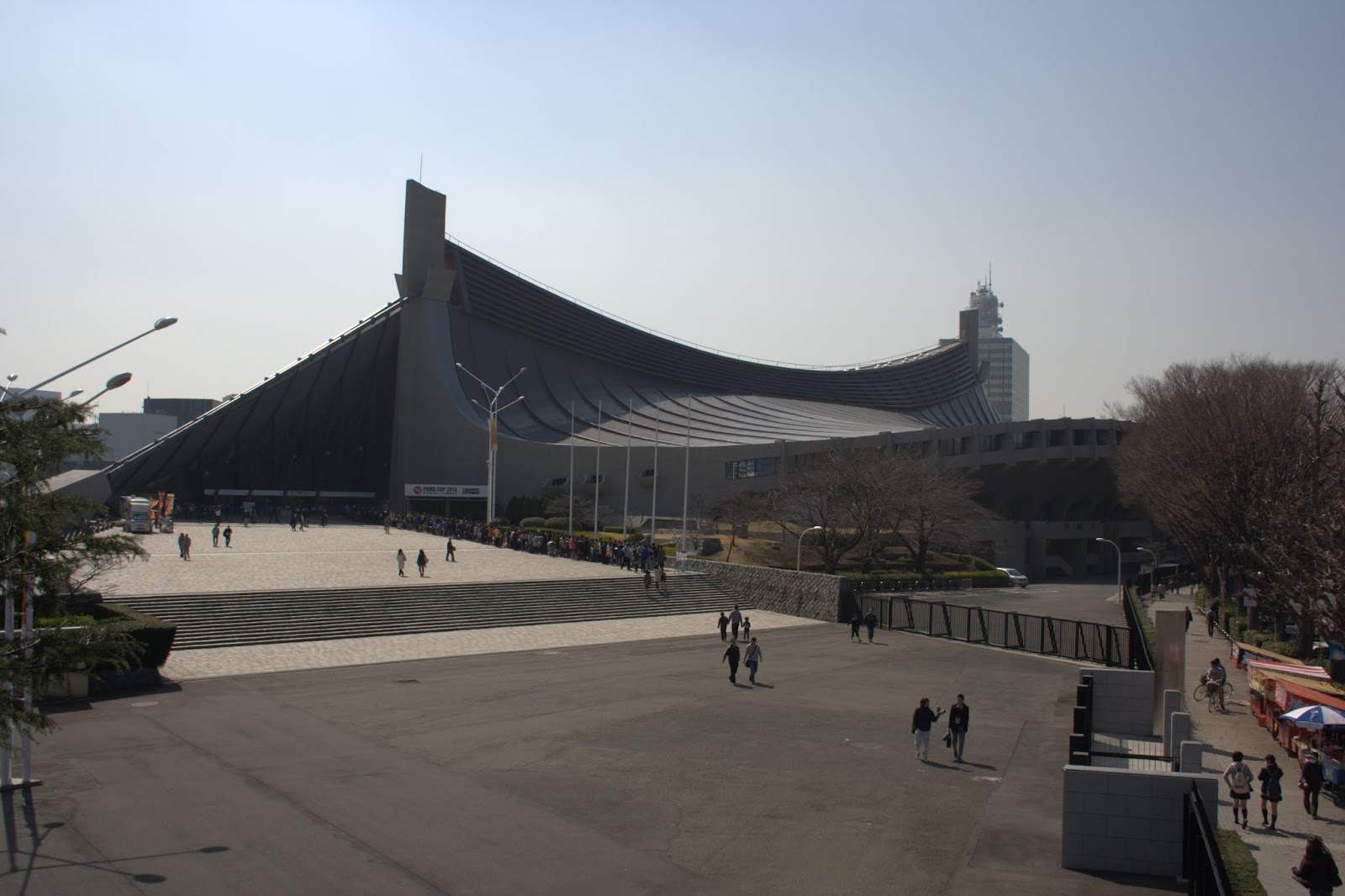 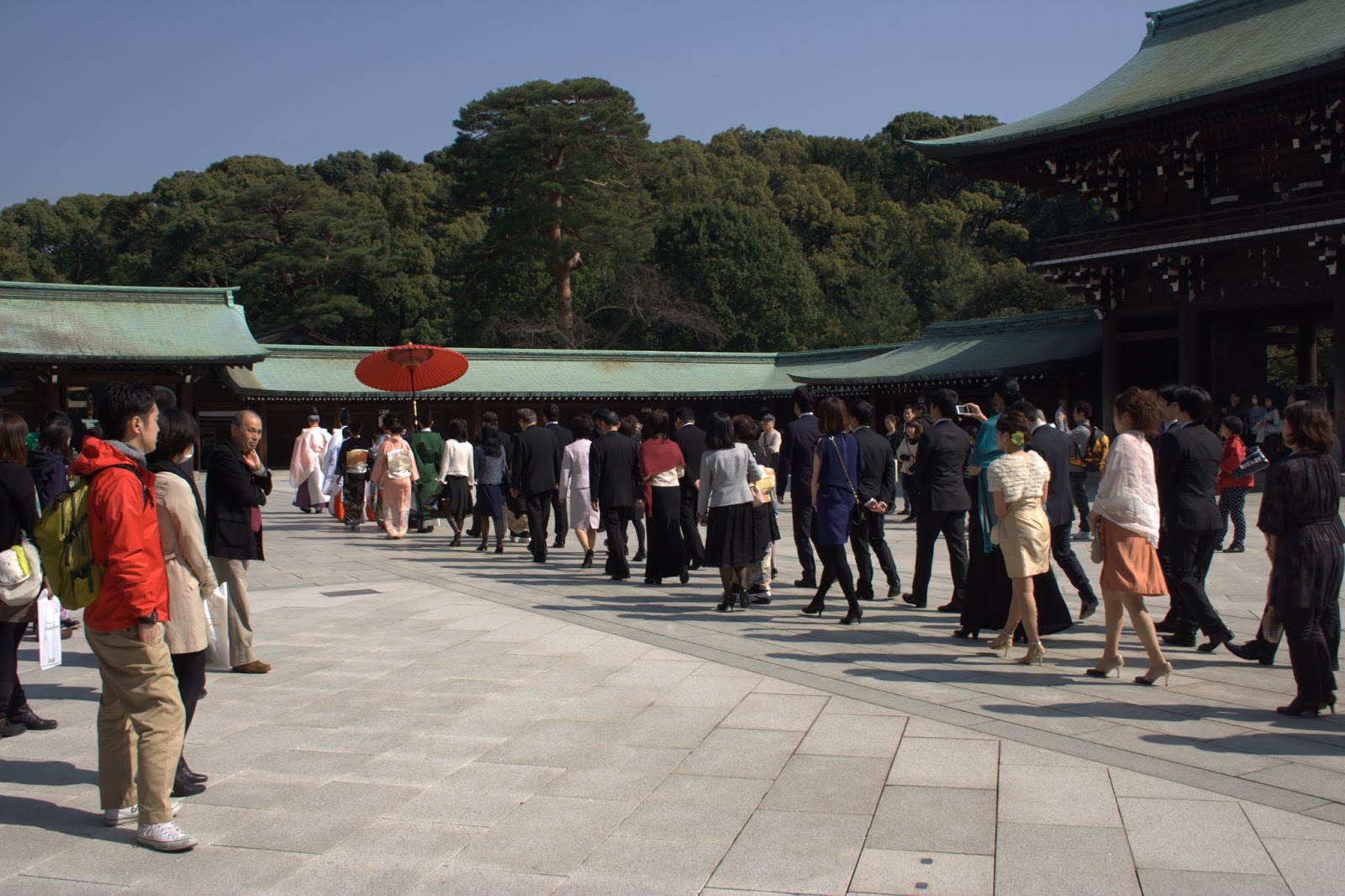 After that we headed over toward Shinbashi to see the famous Nakagin Capsule Tower by Kisho Kurokawa. It’s been slated for demolition for quite a long time now, and the entire thing is covered in netting to prevent pieces from hitting pedestrians. It’s a famous example of Metabolist architecture and still pretty stunning despite its derelict appearance. After the capsule tower we headed toward Ginza on foot, stopping for a sushi lunch, and ending up on Chuo Dori where we wandered down the middle of the street thanks to the weekend pedestrian-friendly road closures. Getting to see the buildings from mid-street is quite a nice experience! We passed the major department stores and more flagship retail buildings, finally reaching the Tokyo International Forum by Vinoly as the sun began to set. We spent some time exploring the Forum building and its many catwalks, amused by the kids running up and down and the flag-wielding tour groups trudging up the side of the building. 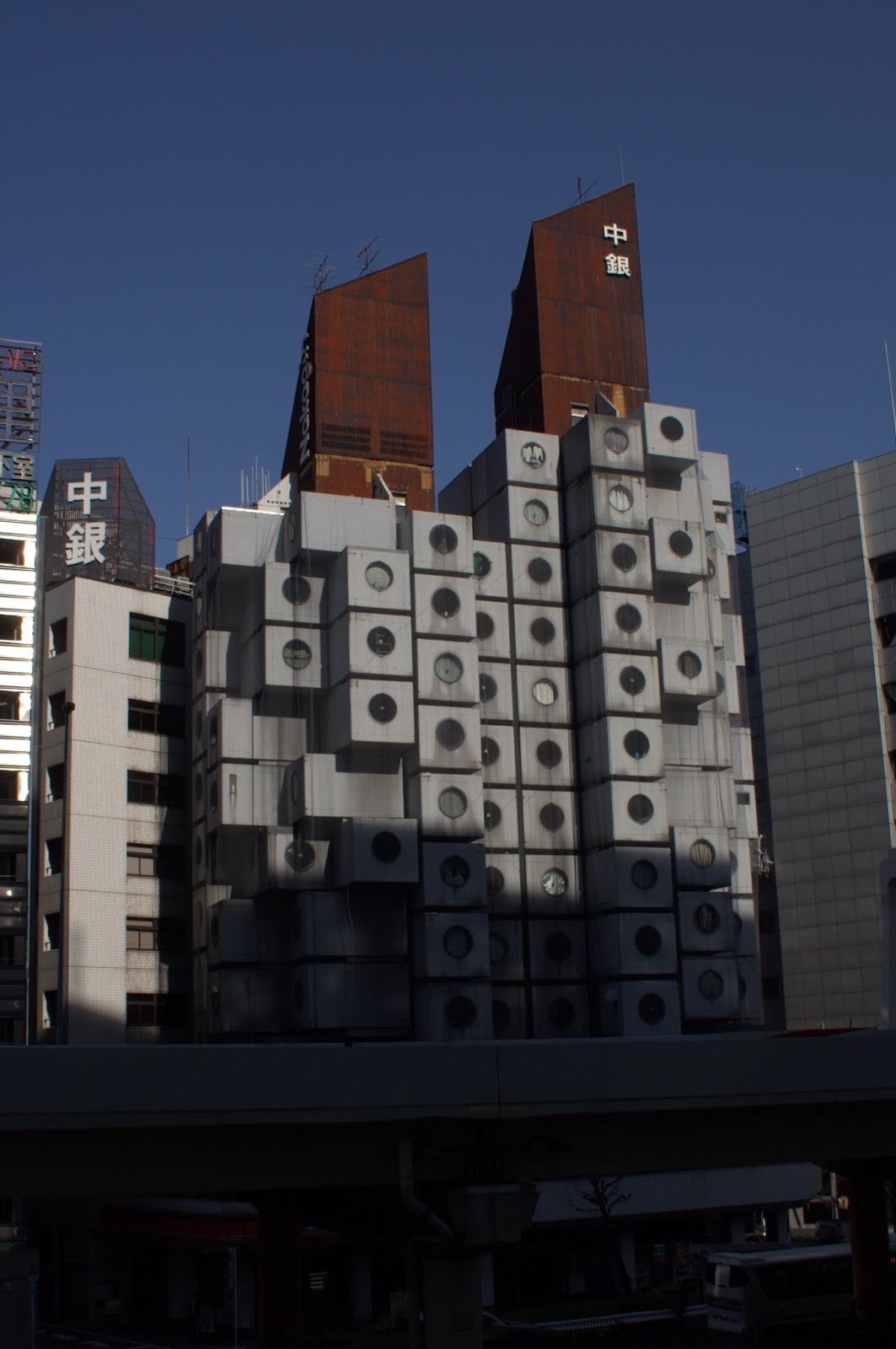 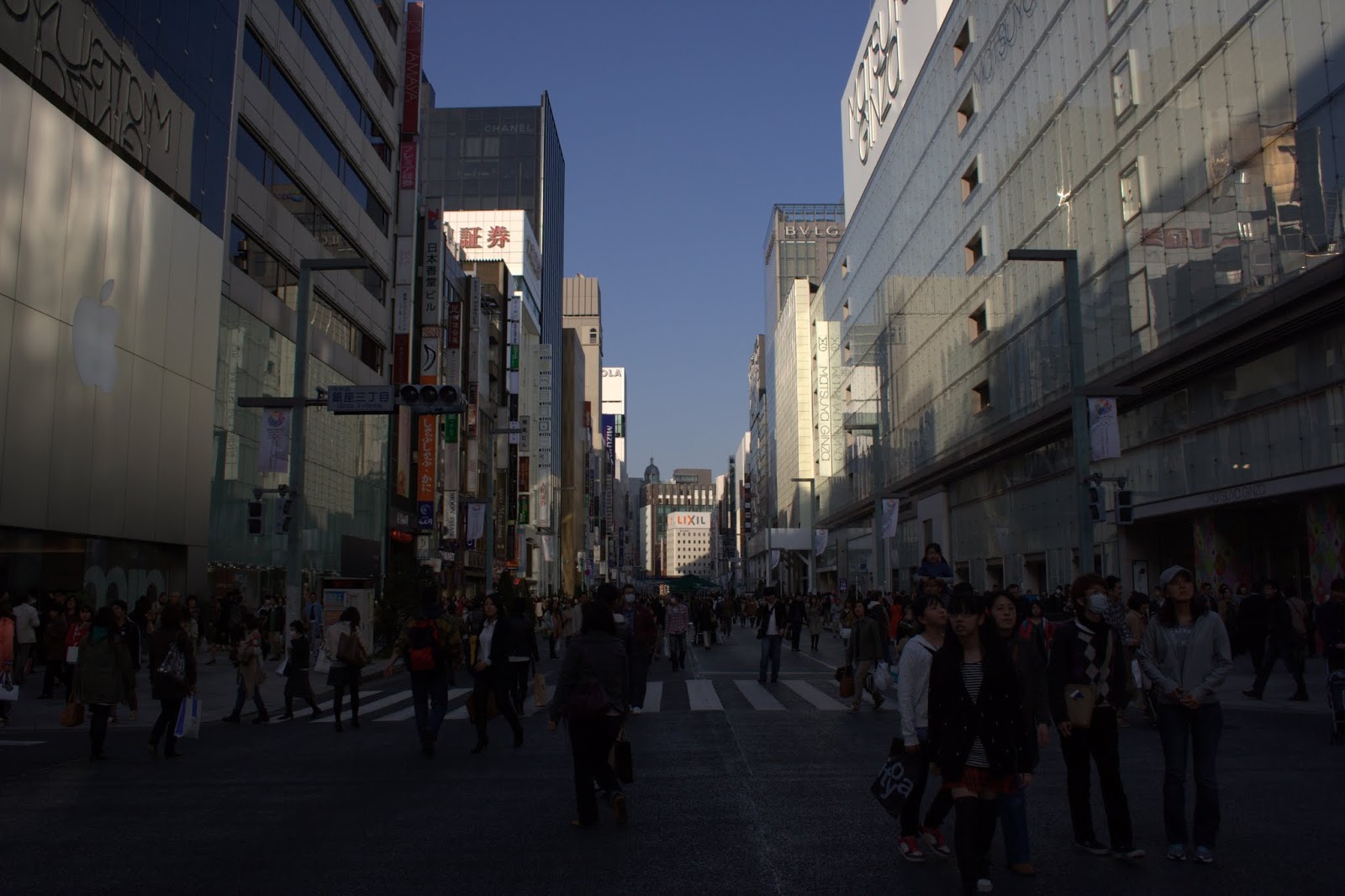 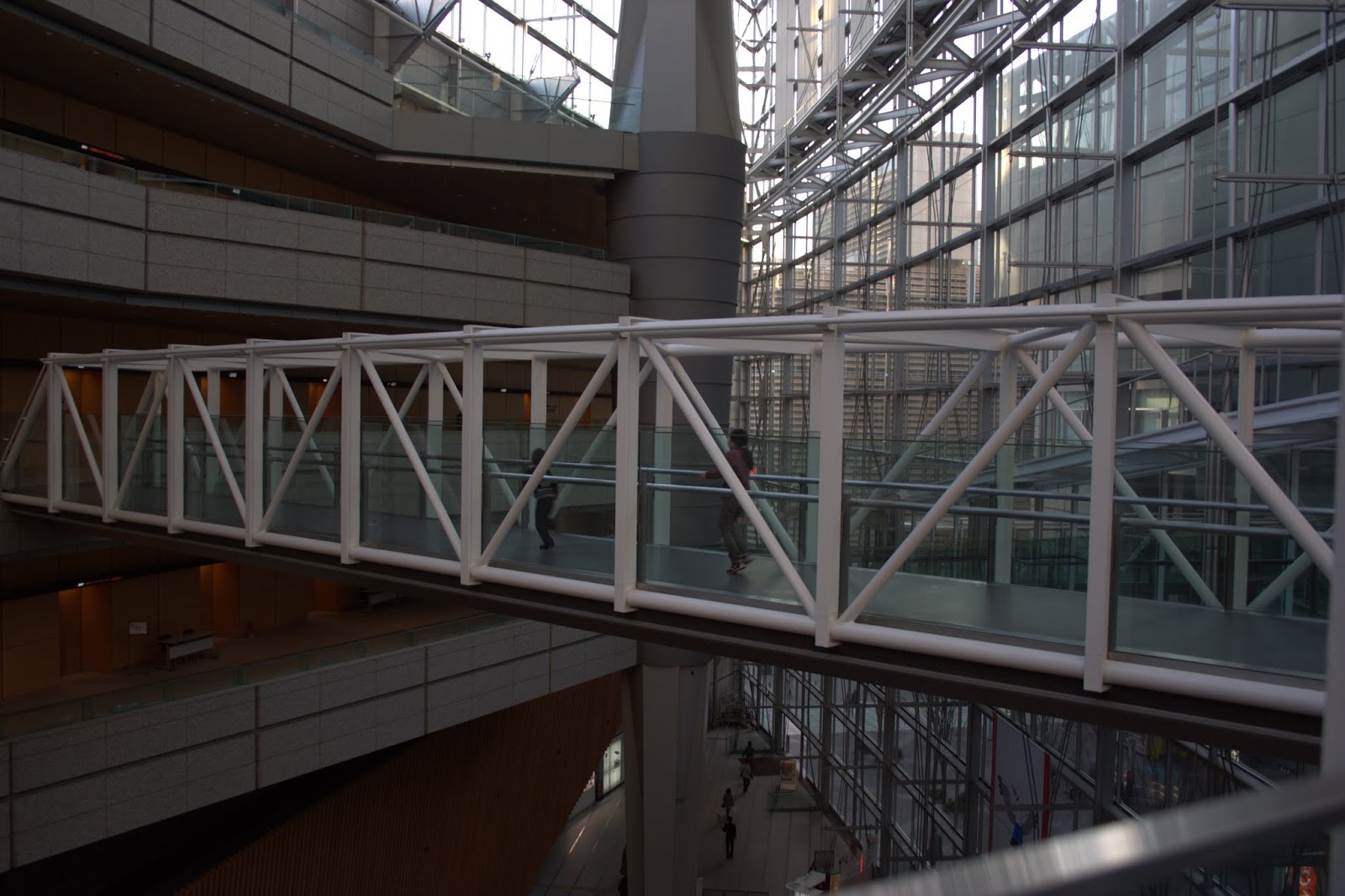 Finally, we arrived at the studio site, took some pictures, and then headed back toward the shopping district for a smoothie at Matsuya and then dinner at an Indian restaurant nearby. Unfortunately, dinner was laughably terrible, more like Indian-Japanese “fusion” than real Indian food. The “naan” was fluffy dinner rolls, the rice was sticky sushi-style rice, and the curry was oily and not very good. Alas. 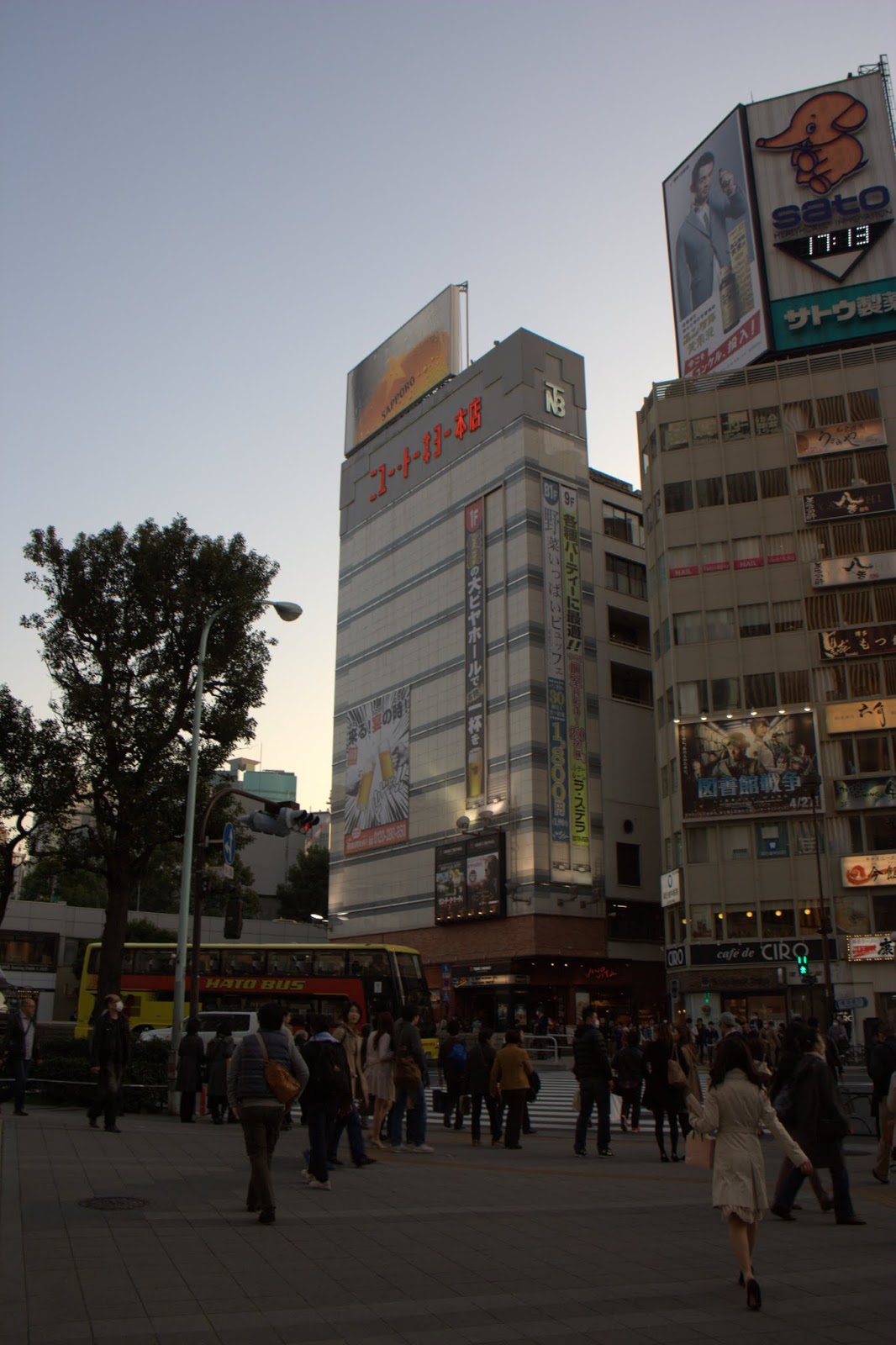 On the way back, we noticed the Louis Vuitton Ginza Namiki building by Jun Aoki, lit up at night - I think this was my favorite building in Ginza. I didn’t get a photo, so you’ll have to see images on the architect’s website.