This is part 5 of a multi-part description of my trip to Kyoto and Tokyo, Japan, as part of my Kinne Traveling Fellowship grant through my studio at GSAPP. See also: **first post*, **second post, third post, fourth post. *To see all my photos from Tokyo, visit my Google+ album here.

On Wednesday, halfway through our week, we spent the day with Azby Brown on a great tour through more of the neighborhoods of Tokyo. We started at the covered market of Ameyokocho, built below the elevated rail tracks. We checked out Akihabara, the “Electric Town,” with its odd anime-centered shops and “maid cafes” where awkward young men can, supposedly, learn how to talk to women by having conversations with the waitresses. This would all seem a lot more acceptable if the “maids” weren’t dressed up as French maids, but alas, it all seems a bit sketchy to me. 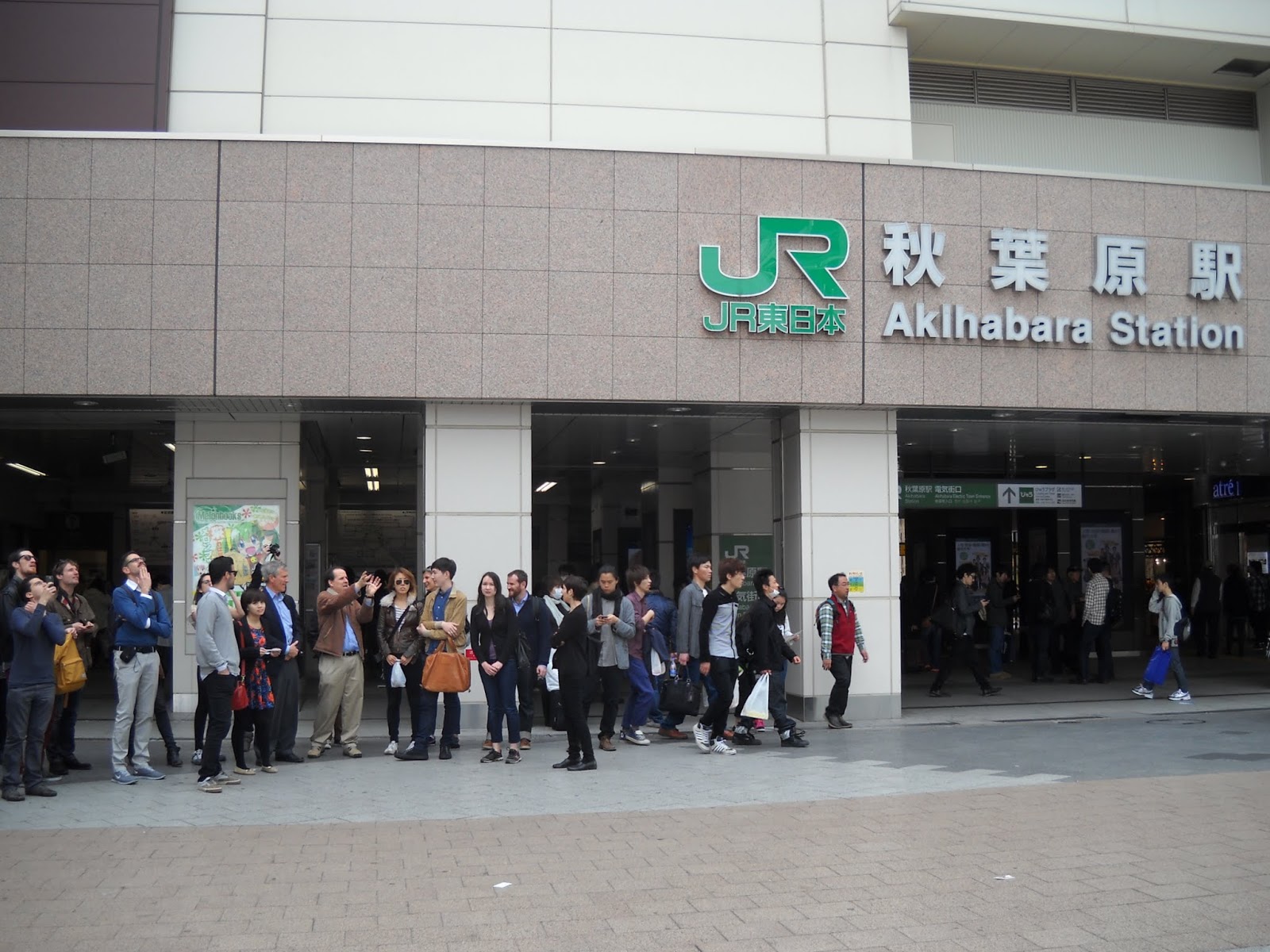 Then we went to Iidabashi and visited the Share Yaraicho house, a strange house with a plastic exterior that literally zips up to close. Sharing a house or apartment with multiple roommates (non-relatives) is fairly unusual in Japan, but this house was built by an architect for her son to use for that purpose. The son acts as the landlord, screening applicants for the several bedrooms in the house. Inside it’s all plywood and perilous-looking staircases, but there’s a nice deck on the roof. 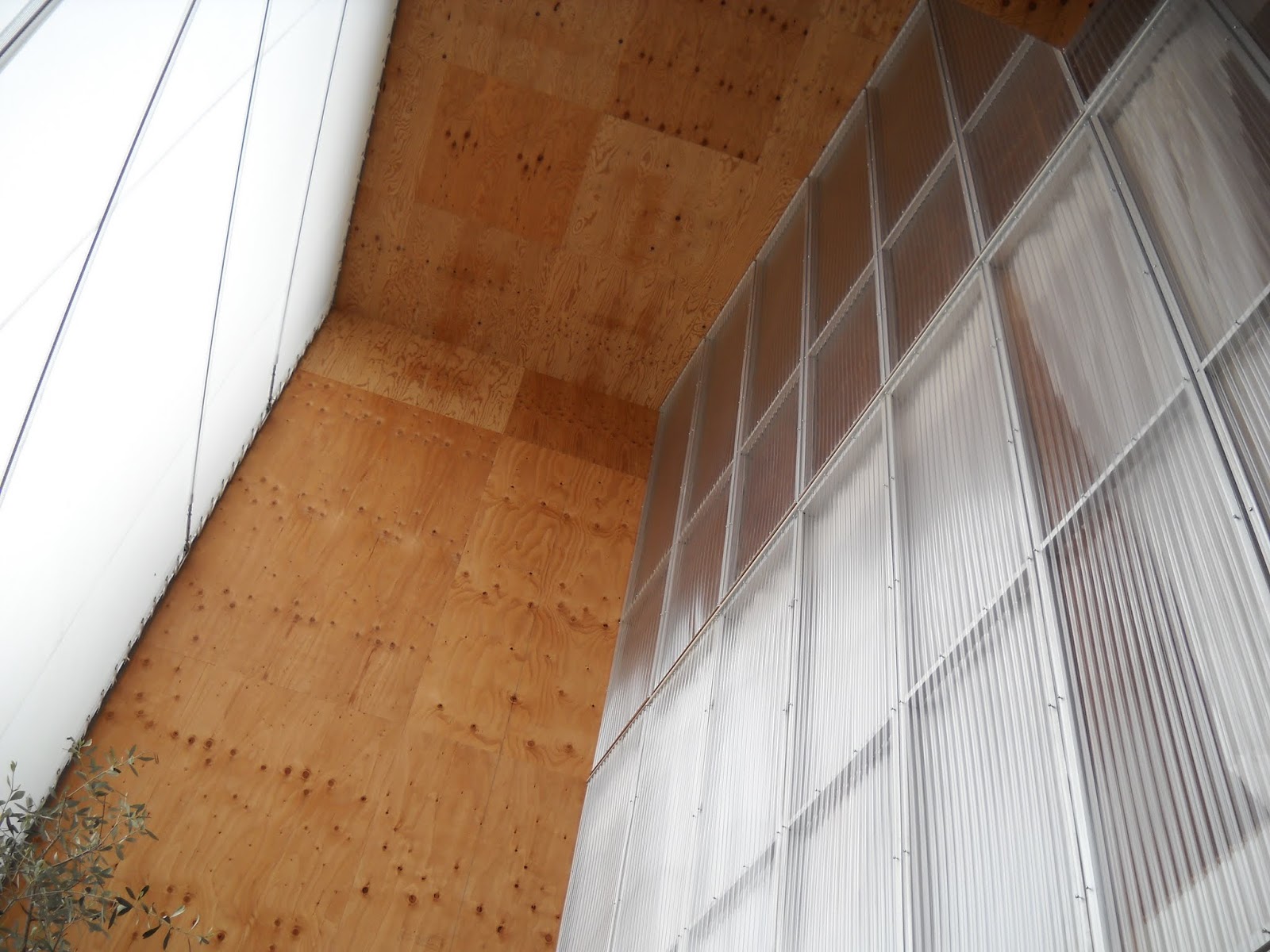 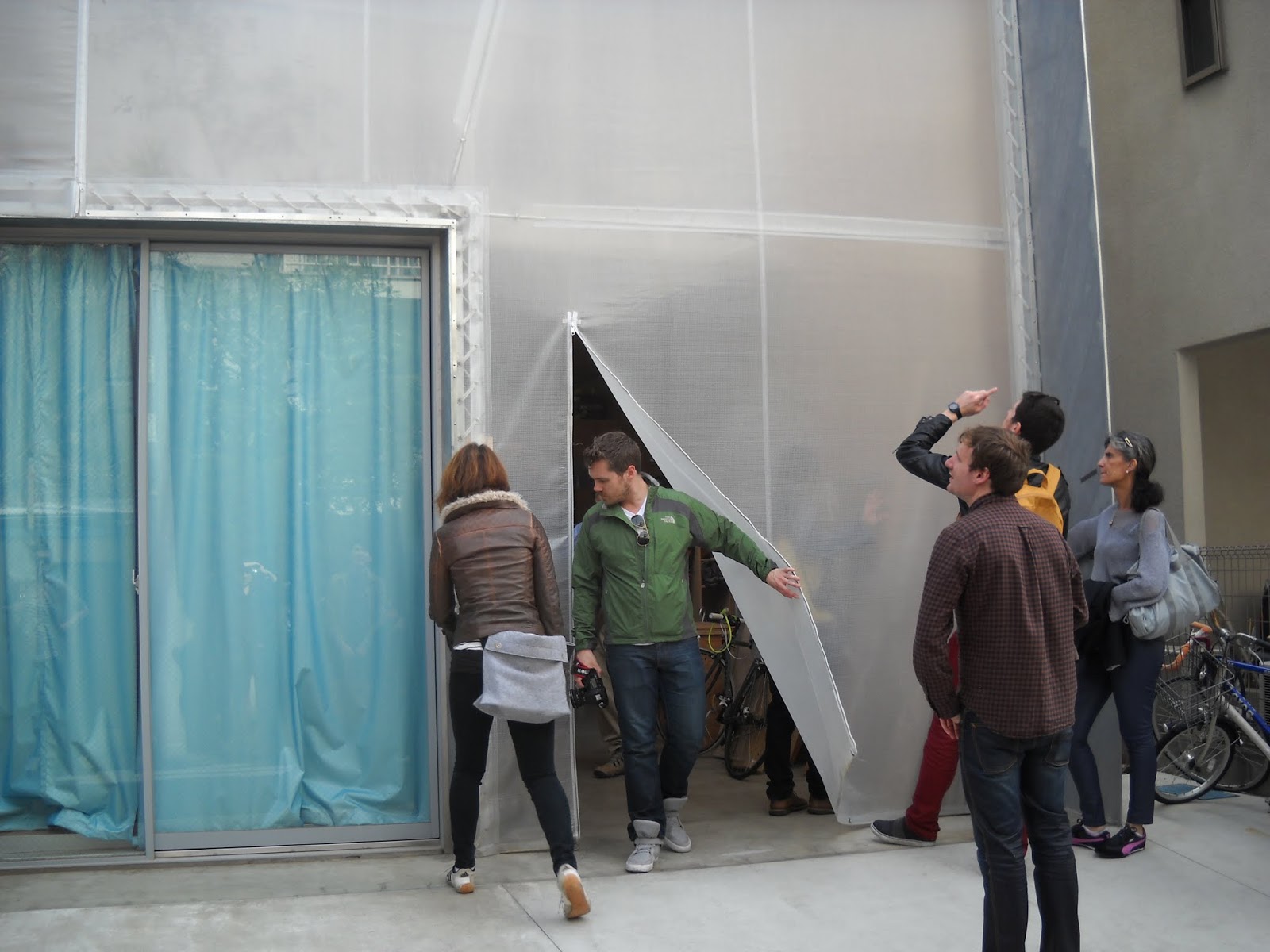 After the Share house we had lunch in Iidabashi at the Italian restaurant I mentioned before - yay pizza! - and then headed back to Asakusa for some work time on our projects.

Thursday we took the train down to Yokohama to see the Yokohama International Passenger Terminal by FOA. It was another cold and windy day, so after climbing around the sloped boardwalks for a bit, we sat inside where I had a strawberry milk drink from a talking vending machine. (Gotta love Japanese vending machines.) 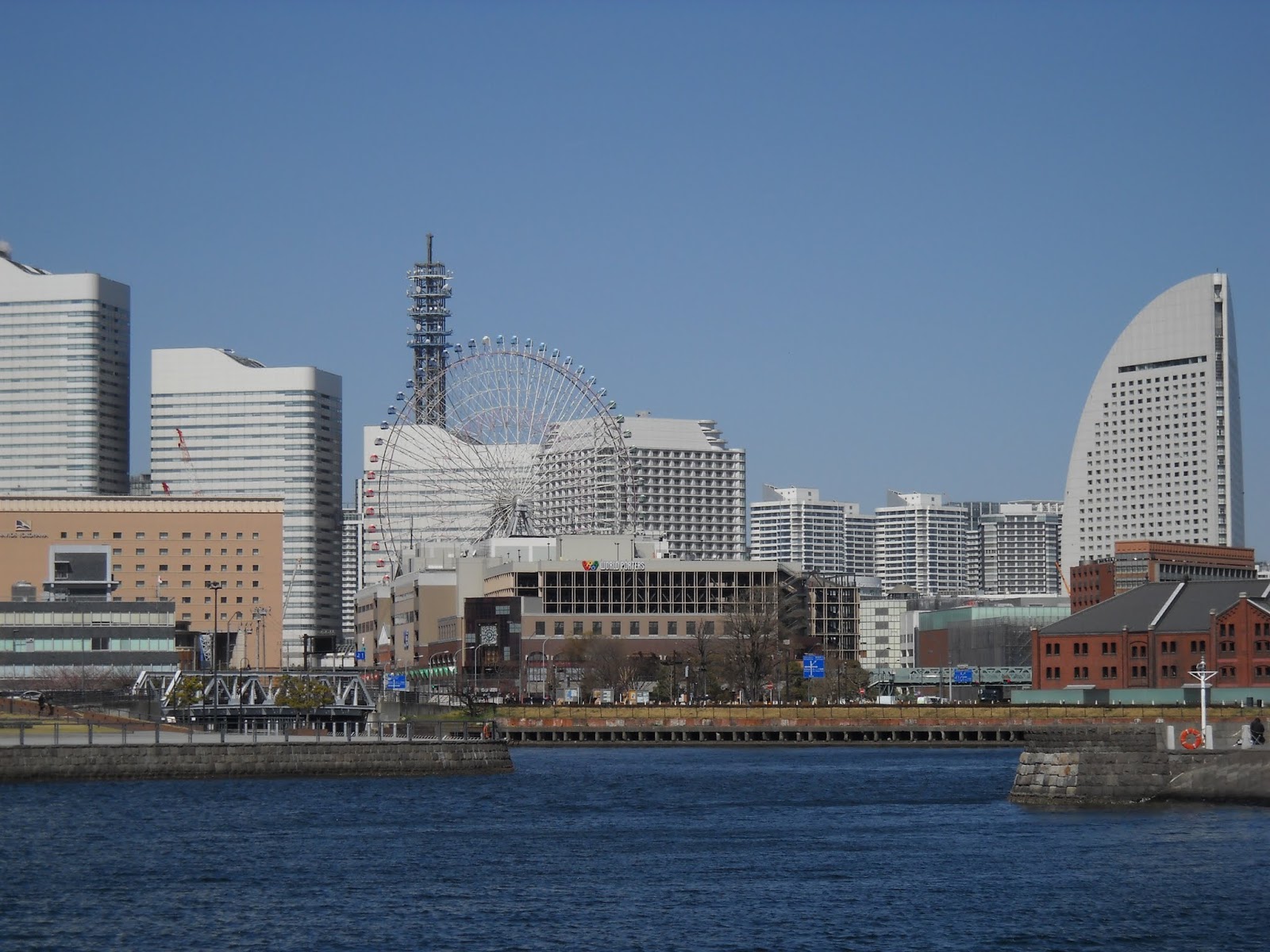 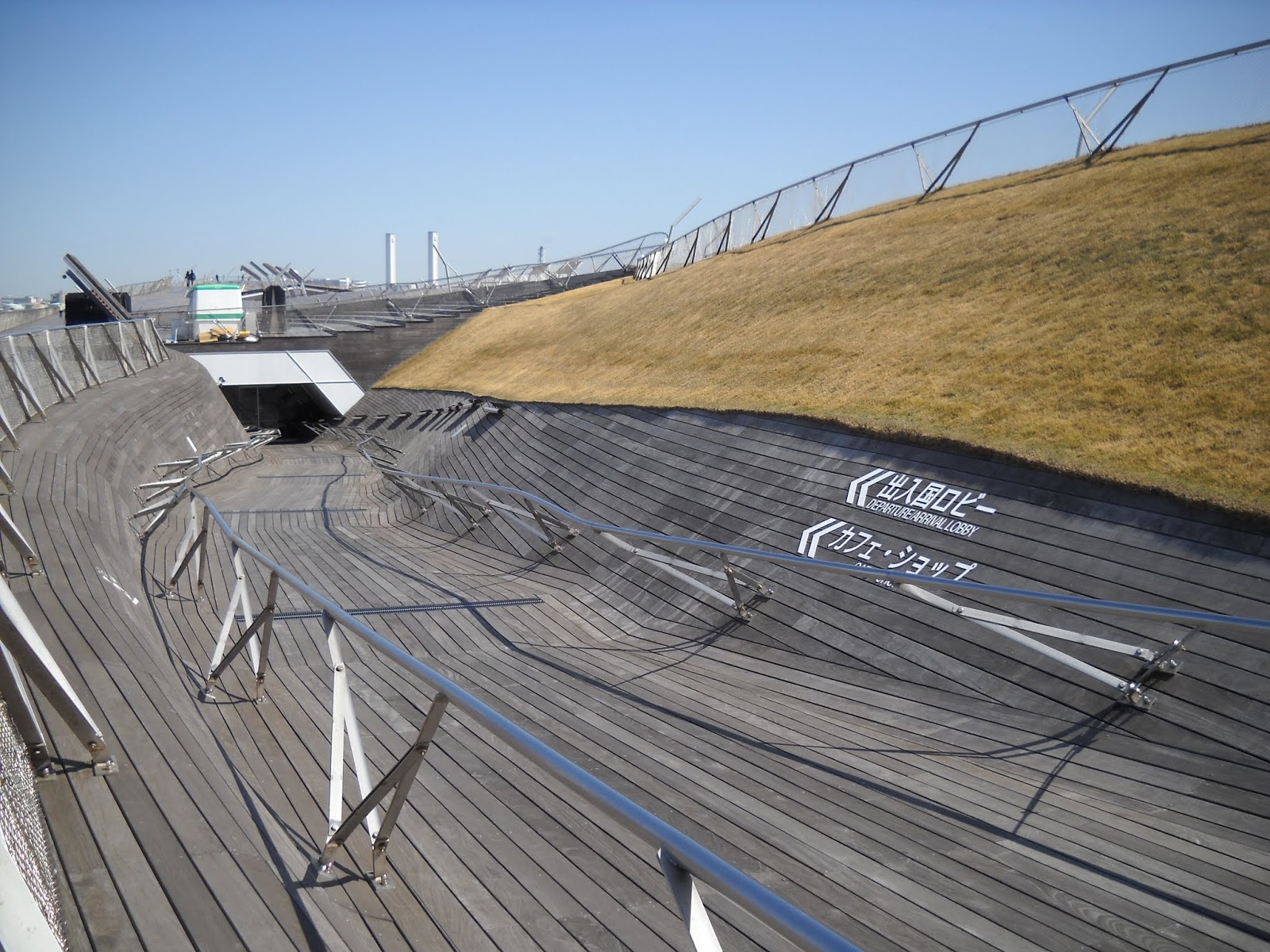 We went to Chinatown in Yokohama for lunch, then back to the city to see a house built by SANAA and to visit Roppongi Hills, the mega-complex built by developer Mori. We got to visit the roof deck and the art museum, and had a brief ground-floor tour of the complex by Mori representatives. It’s hard to describe how big this place is - it’s even hard to tell where the ground is, because there are so many levels both up and down. Quite interesting, if a bit overwhelming. Back at the hotel, it was work time again in preparation for our presentations the next day. 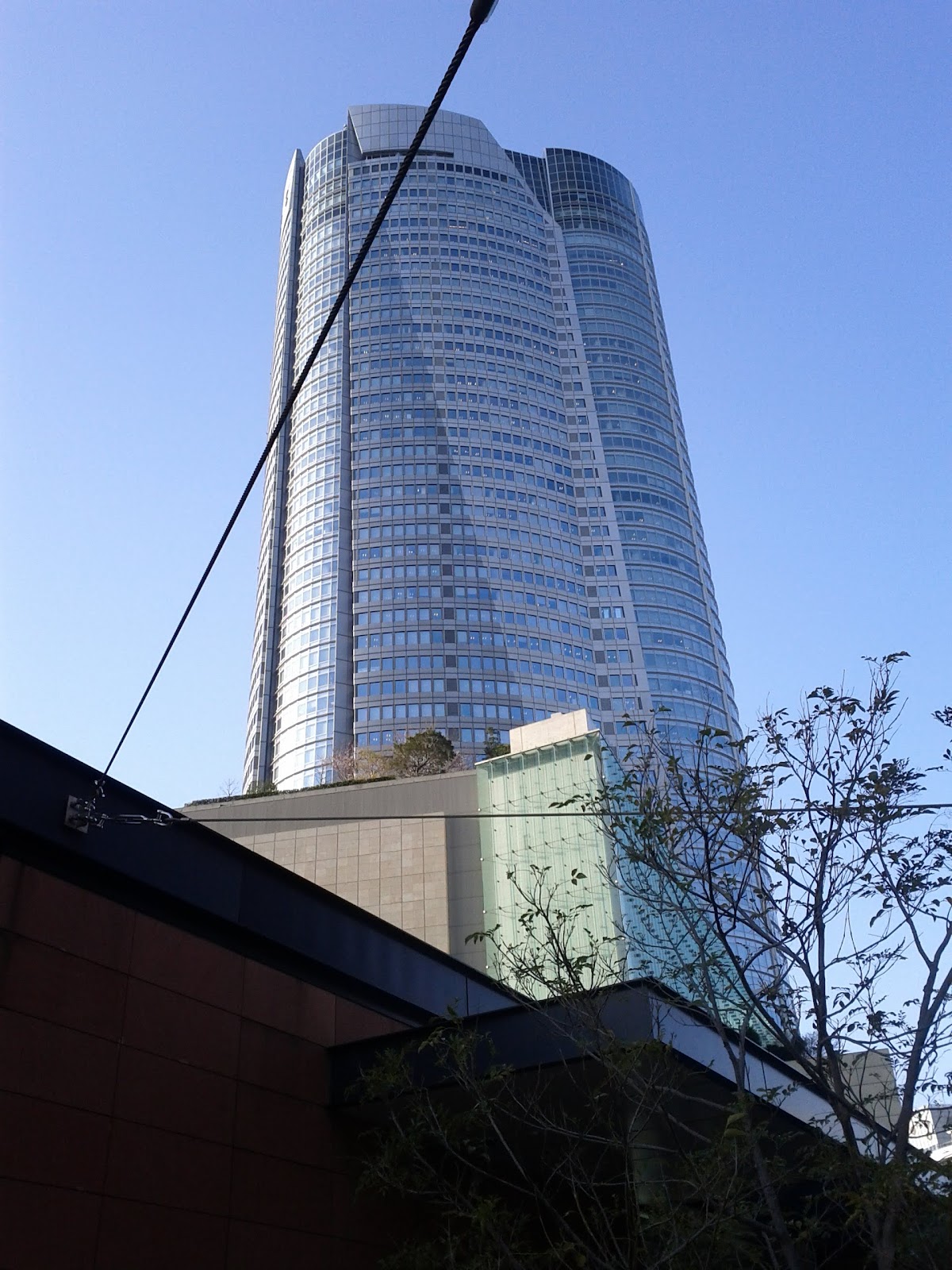 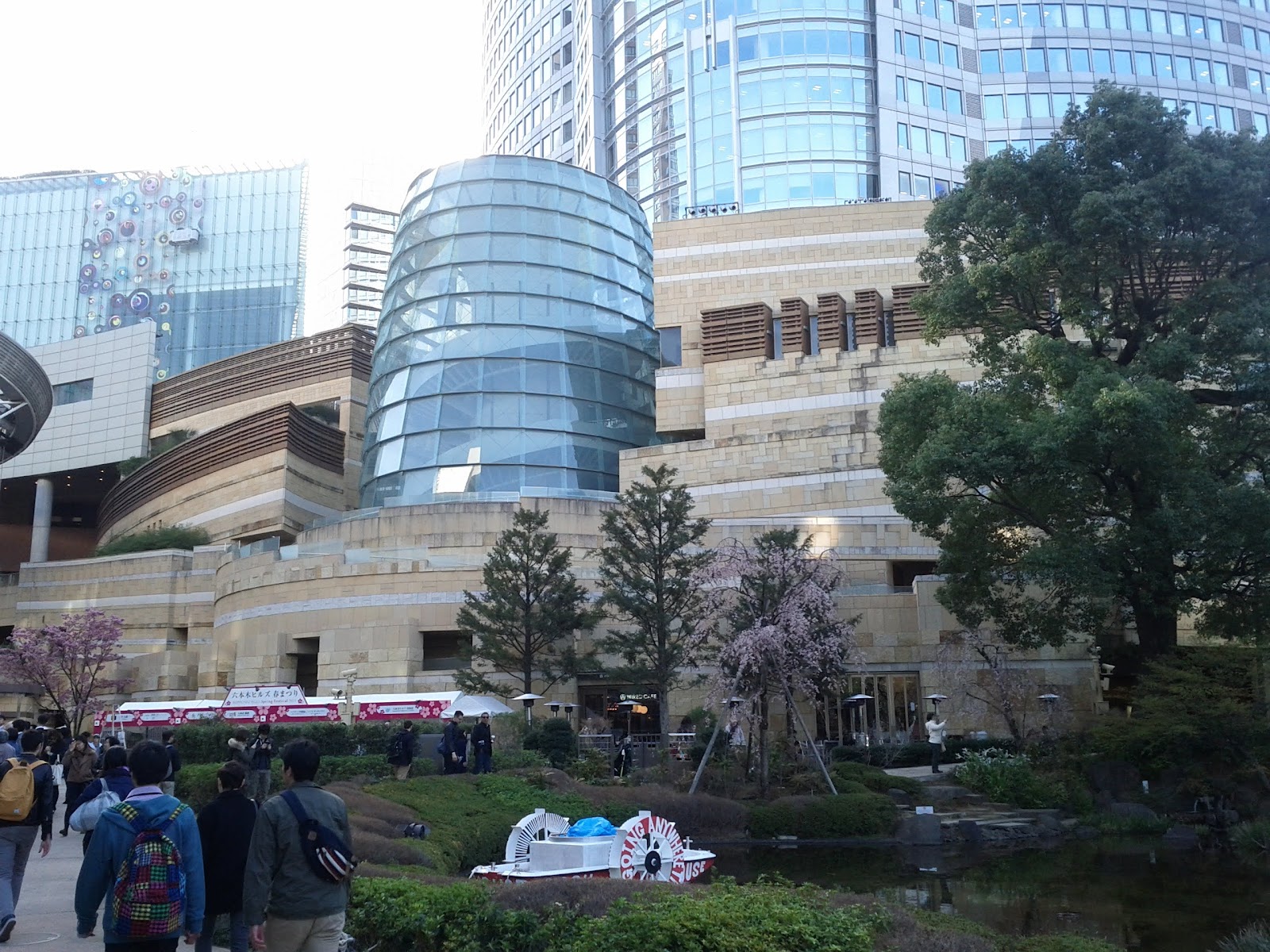 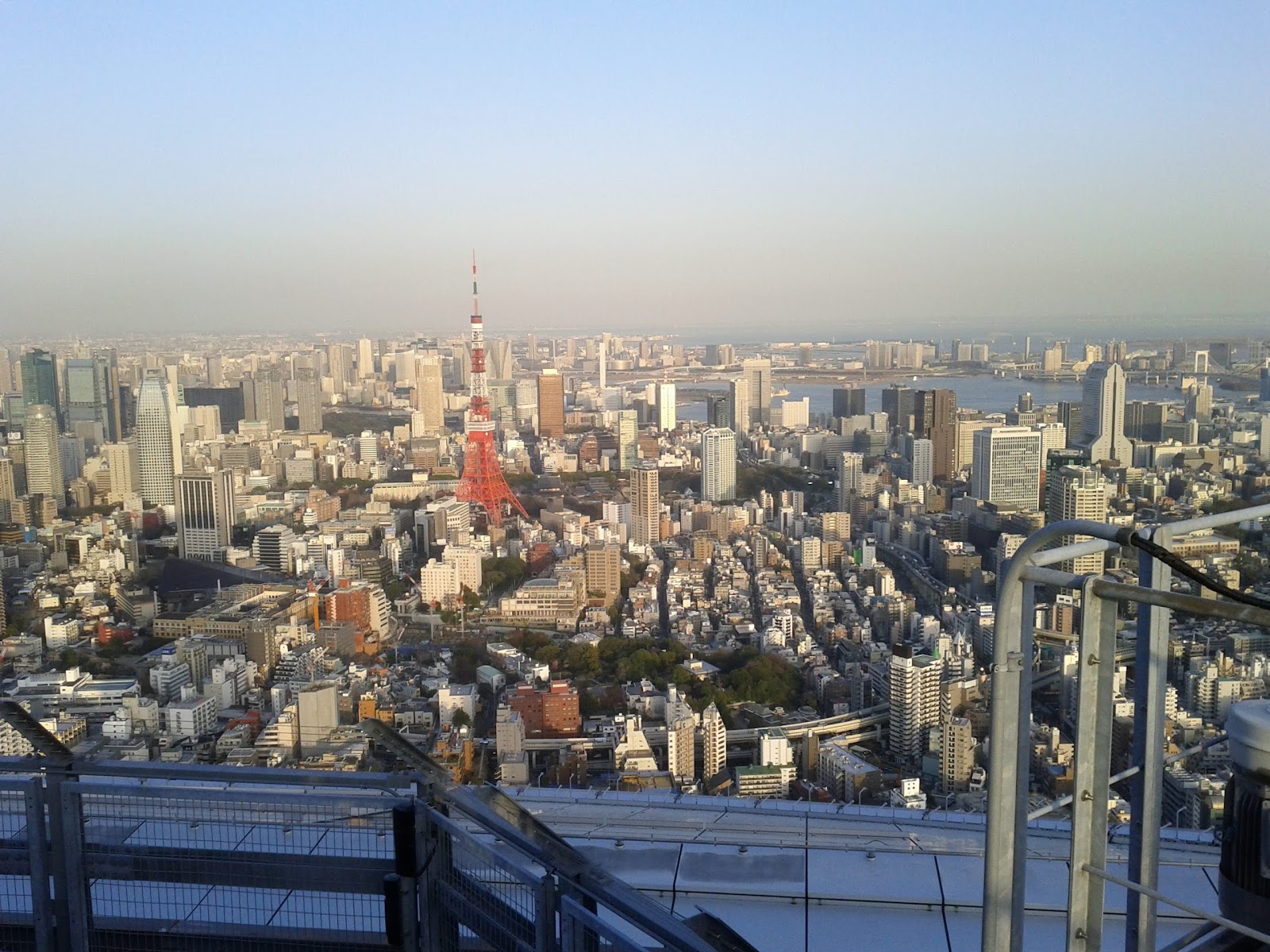 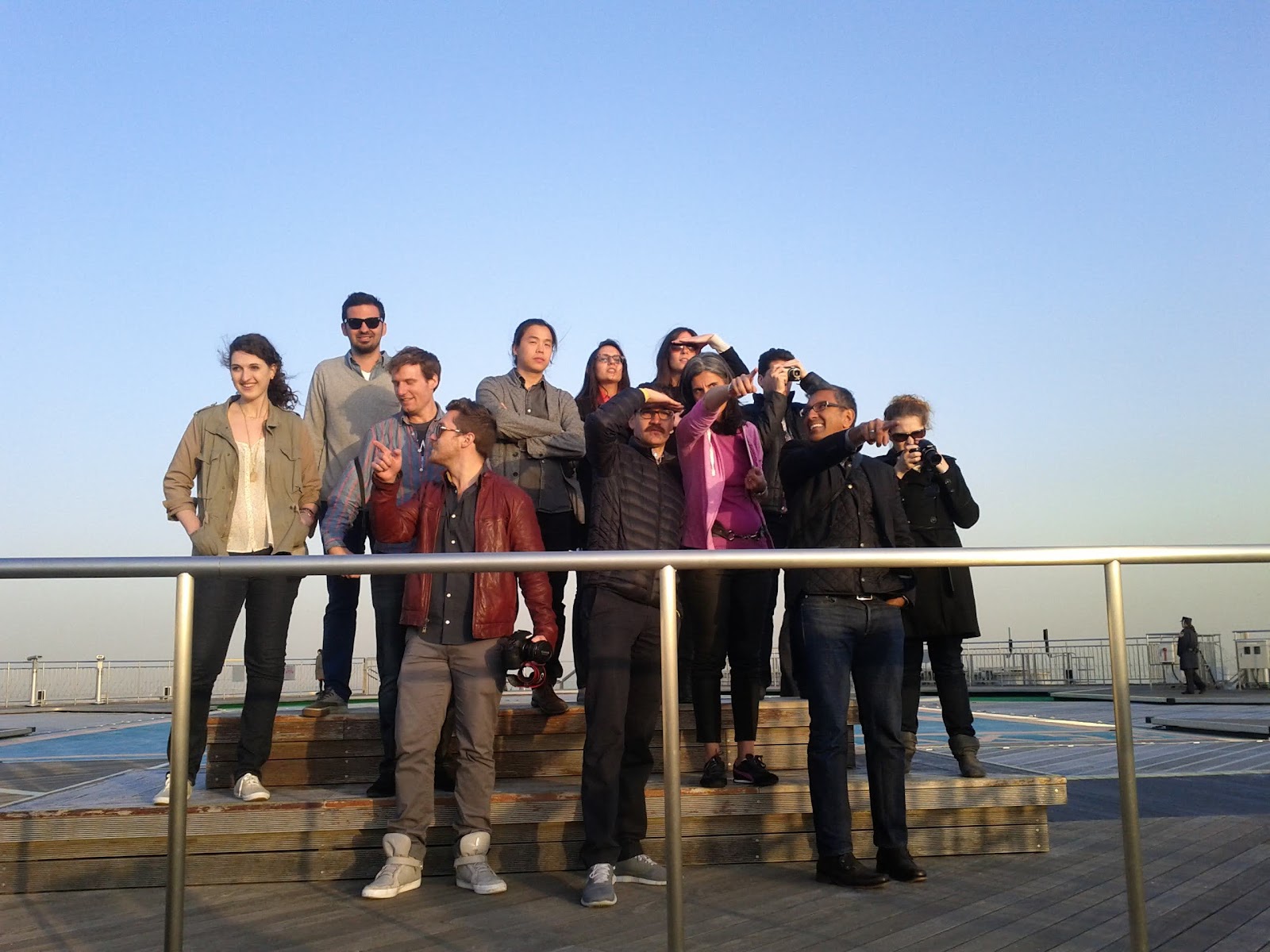 Friday was the big day, our final presentations at Hulic HQ! But first we had a slightly bizarre lecture at the Mori Foundation, the think-tank/research wing of the aforementioned Mori development company. The researcher presented four visions of a future Tokyo, “sunny,” “cloudy,” “rainy,” and “stormy,” ranging from a utopian vision of magically flying pedestrians and green-covered slopes (could that really be Tokyo?) to a dystopian nightmare of crumbling buildings, shrinking population, and failing infrastructure. The idea was somehow to identify the driving forces behind Tokyo’s future success (or failure) in order to influence them for a positive conclusion. I’m not sure I agreed with any of the causes identified by the think tank, but the imagery used to illustrate the four visions was quite entertaining.

Oh, and there was a giant 3D map of Tokyo, that took up nearly the entire floor. Awesome. 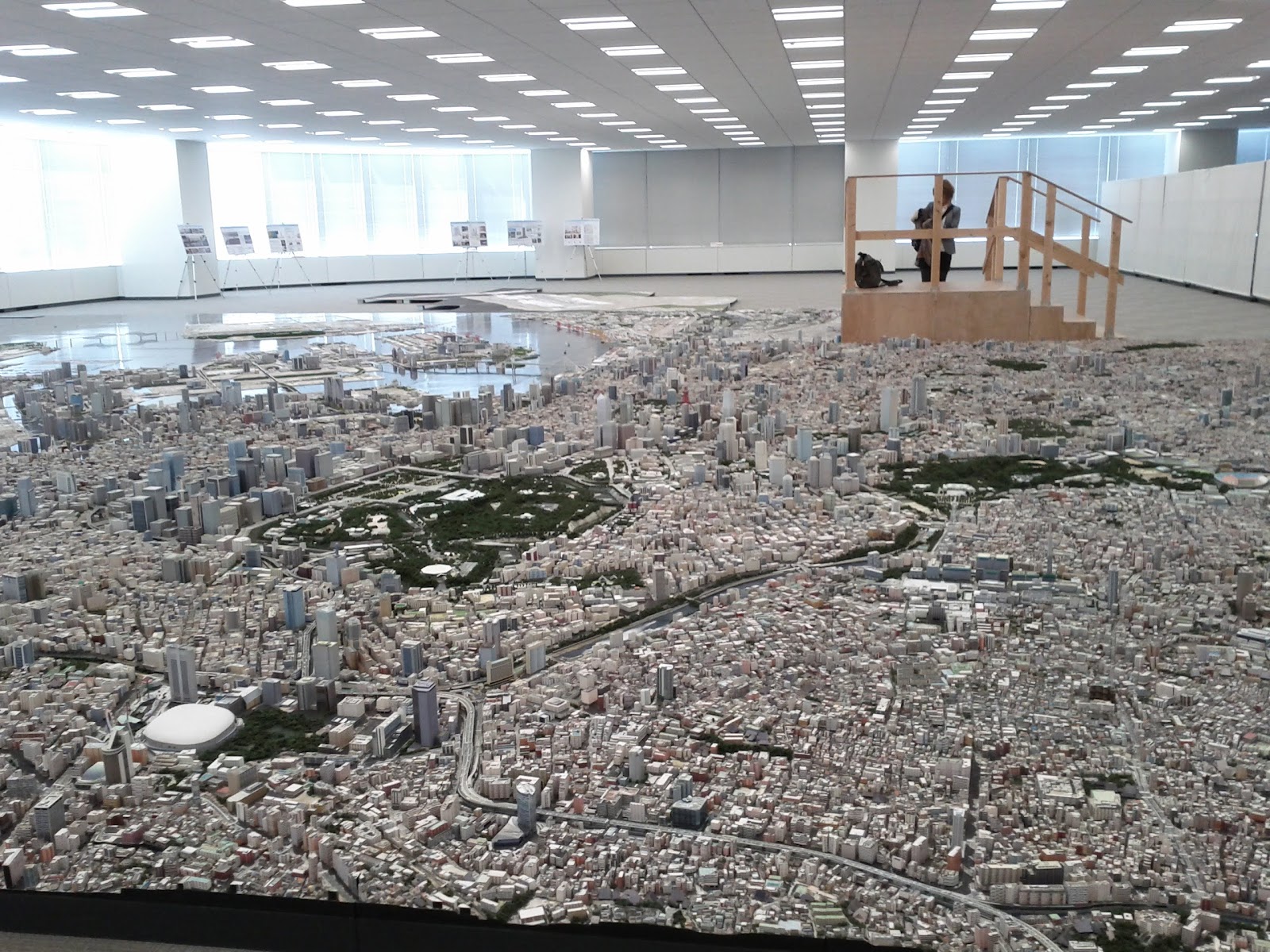 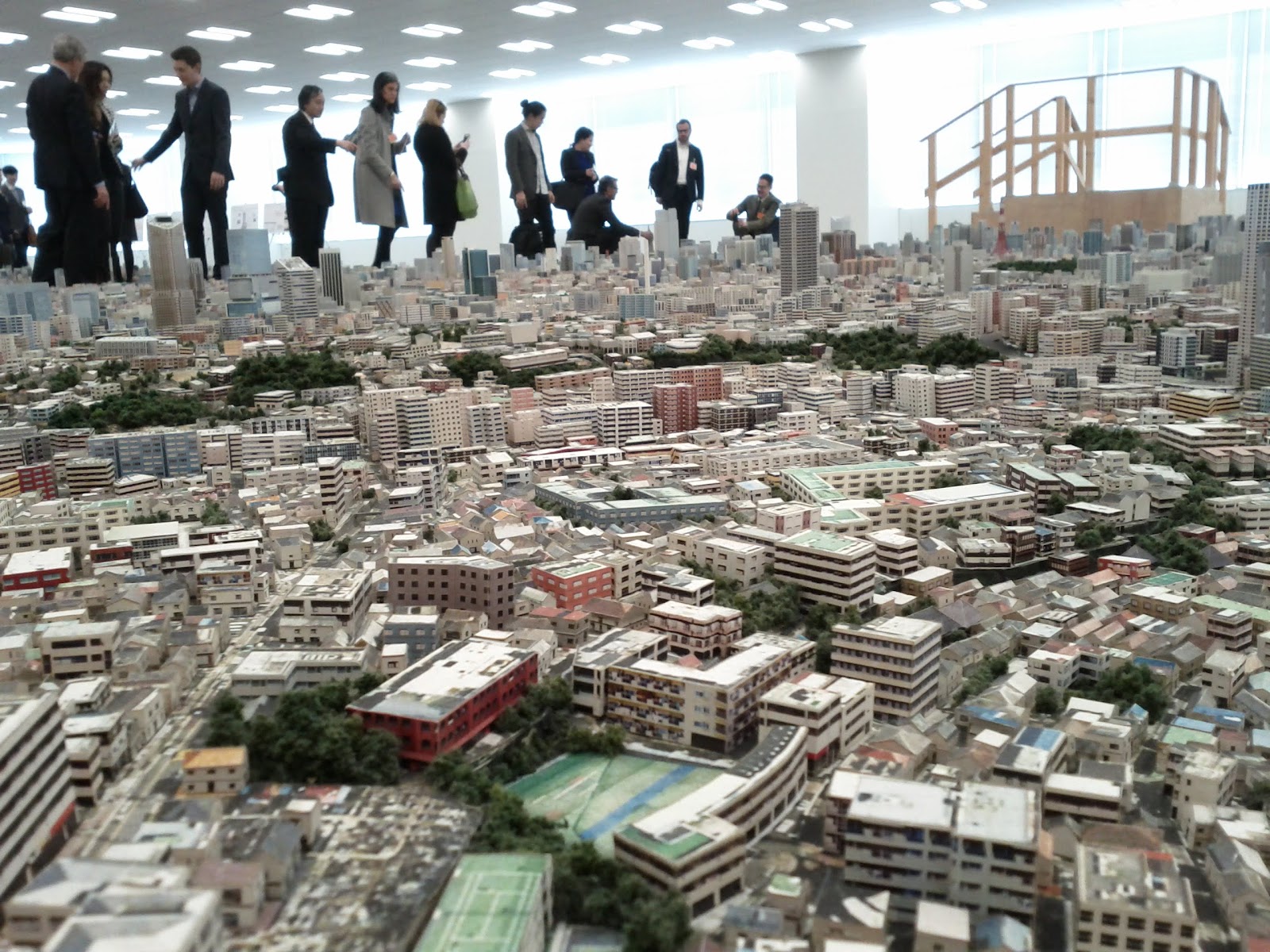 After the lecture we headed over to Hulic, where we were informed that each group would have only 5 to 10 minutes to present, with no time for questions. This was pretty disappointing, but not necessarily unexpected. Since we didn’t have a translator with us, I’m not sure how much the Hulic staff was able to understand of our presentations anyway. At the end, our Hulic guide, who had seen our earlier presentations at the midterm in New York, remarked about how much better the presentations were this time, having been updated with feedback from the midterm and site visits - but there was little specific feedback for any of us. Oh well.

Since our visit to Hulic was much shorter than planned, we got the rest of the afternoon off! I was finally able to visit a shop across from the hotel selling Studio Ghibli merchandise - it had been closed every other time I had tried to visit. So I finally got my Totoro! After that I visited the Kitchenwares District, on Kappabashi Dori, and perused the enormous amount of bowls, chopsticks, and restaurant supplies there, before heading back to the hotel. That evening we had a group dinner organized for sukiyaki, but there was some confusion with the restaurant and we ended up instead at an izakaya, a Japanese drinking establishment. It’s different from a standard bar, because food is served, but the food was all snack-type food in small portions, and none of us (at my table, anyway) realized what was going on until the end of the evening when we were all still hungry. We ended up ordering more food at the end, a la carte, but it wasn’t that good. There was plenty of alcohol (beer, sake, whiskey), but since I don’t drink it was hardly the kind of experience I would want to repeat. It was also very loud in the restaurant, despite each party having its own private “room” made of thin paper dividers. Still, it was fun to go out with the whole crowd at the end of the trip.

Saturday morning we left early to return to the airport at Narita, where we boarded our flight back to New York. We left at 11am, flew for 12 hours, and arrived at JFK at 10:30am, half an hour before we left. The wonders of modern technology! Back in New York, we had a day to sort out our time zones (ie: sleep) before classes started up again on Monday.

Our trip to Japan was fun, crazy, confusing, enlightening, and never boring, from the bizarre vending machines (selling both hot and cold drinks in the same machine!) to the nearly incomprehensible advertising and culture. For such an enormous city, Tokyo rarely felt crowded, and never much more crowded than New York; and its public transit was much cleaner and faster. Coming back to New York made me realize how noisy, dirty, and full of cars it is. But I also realize that I would much prefer to live there than in Tokyo, if only because I like the food - and understand the language - so much better. Overall it was a great trip to take, and I especially recommend visiting Kyoto if you get to travel to Japan. It was actually much easier to navigate around the cities there than I expected, and with so much to see and everything being so safe, it’s hard to go wrong.

Thanks for reading - arigato gozaimasu!