A few weeks ago I visited Detroit for the first time while in the area for a friend’s wedding. We hear so much about Detroit these days, as the poster-child for urban decay, that I must admit I was pretty interested in seeing it for myself, and wondered what I would find there.

My impression is that it’s a fairly small city, with a small, well-developed core but extensive, decaying suburbs. We drove a short ways out to visit the Heidelberg Project, and saw some of the crazy inner-ring suburban emptiness near there (countless vacant lots, overgrown fields that used to be houses, etc), but most of what we saw in the downtown area wasn’t too shabby. We missed getting to experience the Eastern Market by arriving about an hour too late, which was disappointing, but instead got some very tasty ice cream at Neveria la Michoacana. That was definitely an adventure for us and really fun! 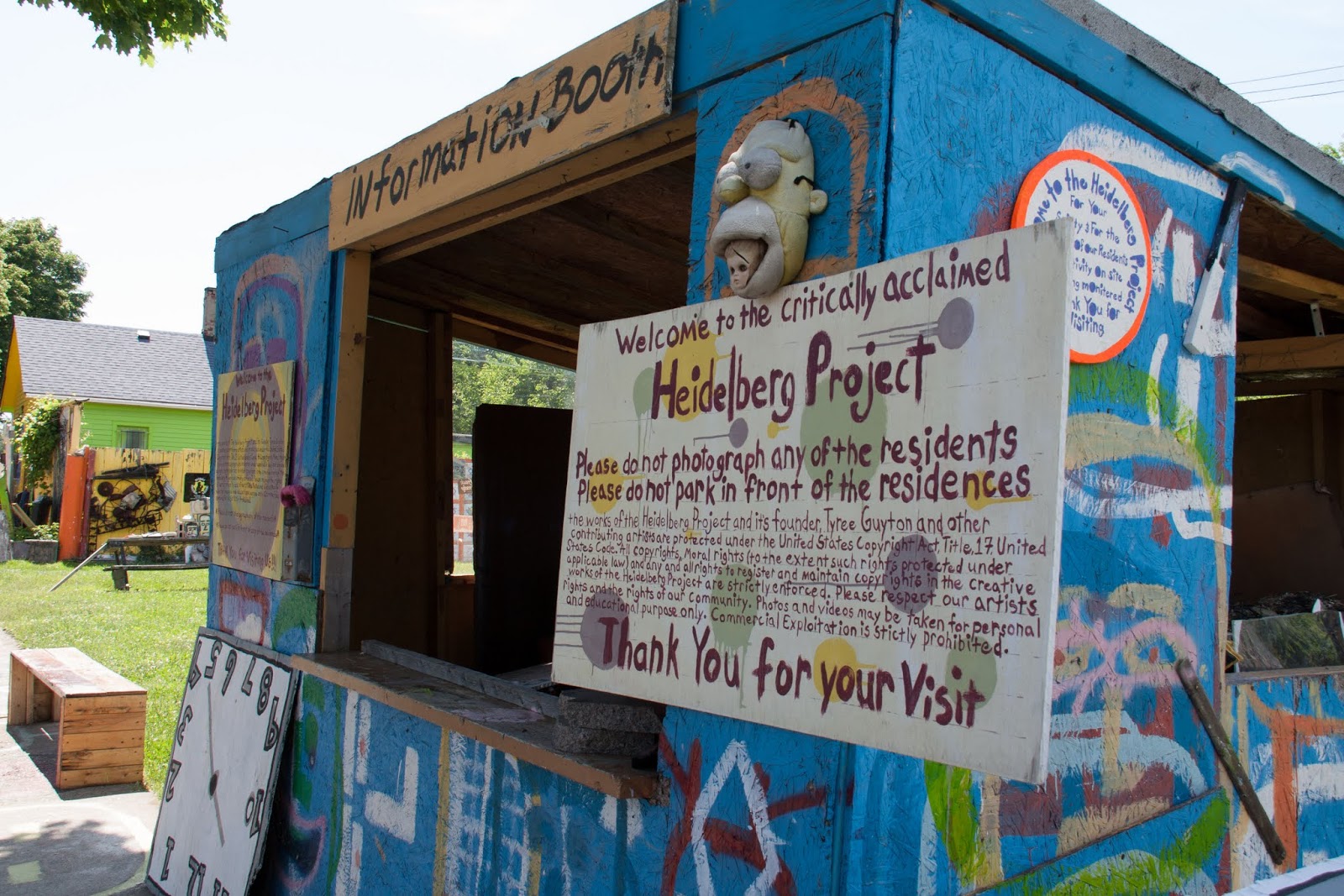 All around the downtown area we saw signs of new buildings, construction, and city pride, so I don’t think anyone should count out Detroit in the long run. For now, though, it’s a good place to buy tons of land/buildings for cheap. It’s hard to say exactly what the city will look like when it’s done with all this upheaval, and I personally would not want to live there - too far from “real” urban centers, too cold, and too, well, Midwestern. But not a bad place to visit! And we didn’t even get over to Ann Arbor, or to the Henry Ford Museum (Dymaxion car, anyone?), or to the Ford plant (where you can see them make trucks! live!), or to a variety of other cool-sounding things. Next time! 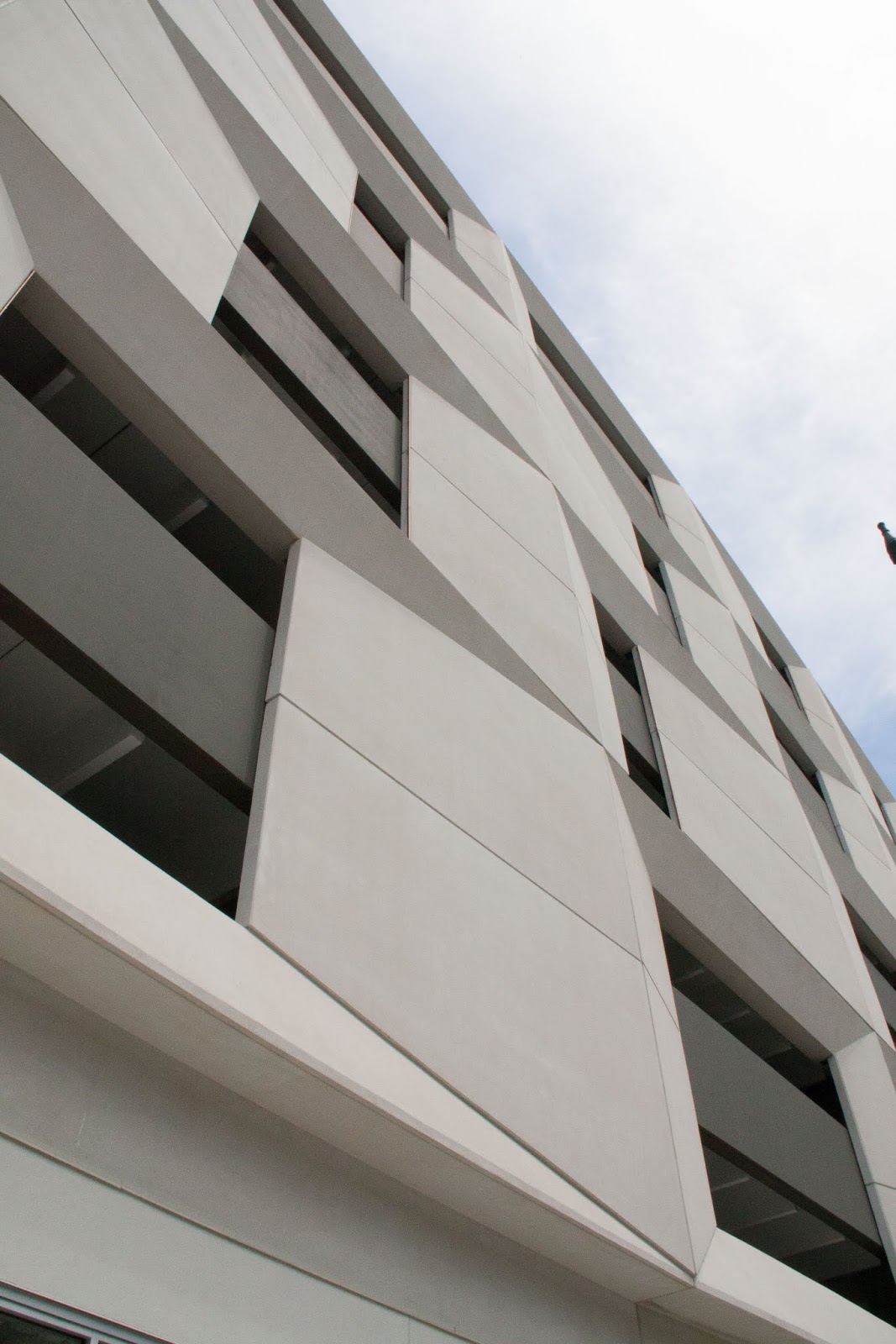 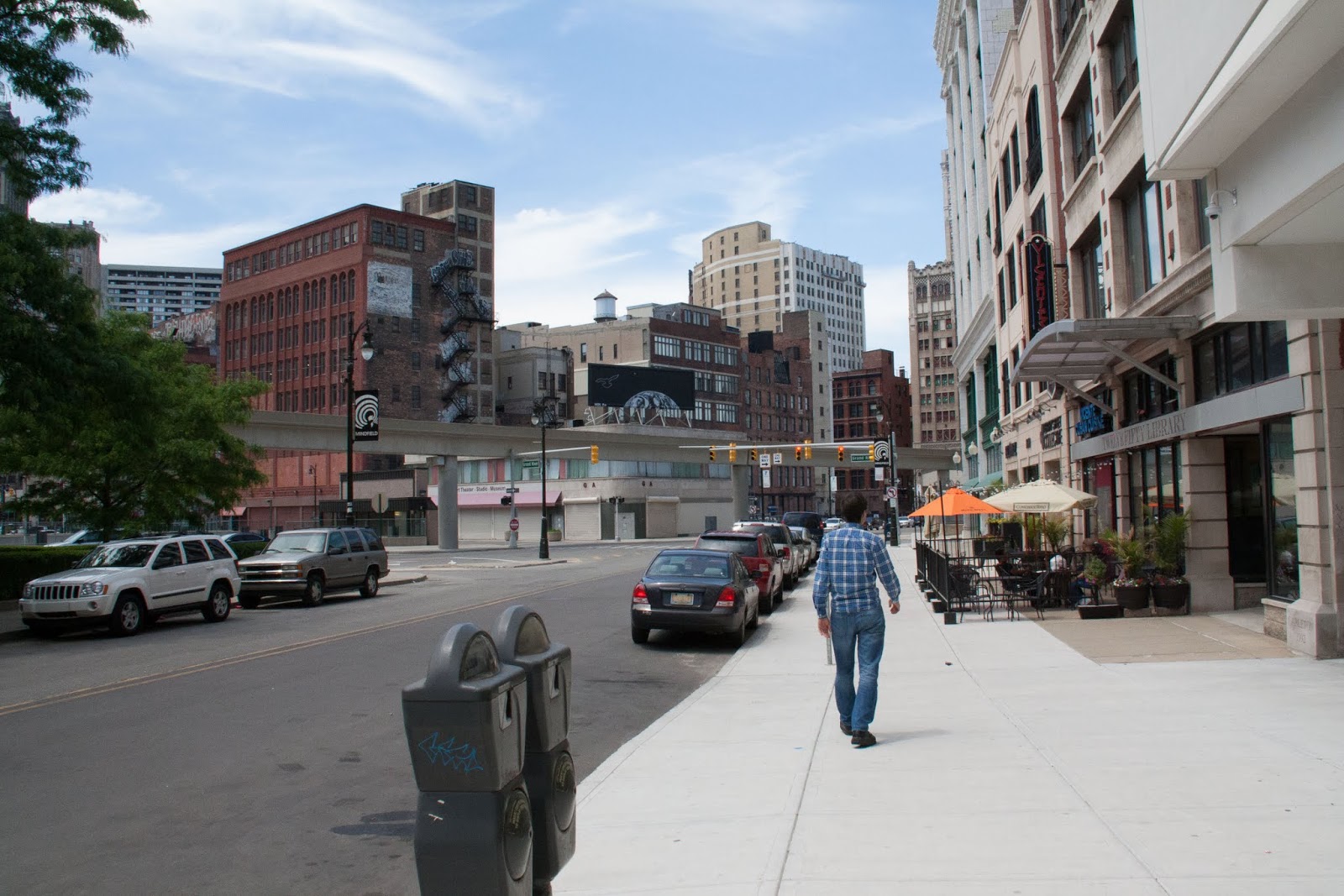 I really enjoyed getting to take the Detroit People Mover (began operation in 1987) on its 20-minute loop around downtown; architects notoriously like seeing buildings from a bird’s-eye view, and I’m no exception. I was especially intrigued to see the station signs were in English, Spanish, and Arabic. 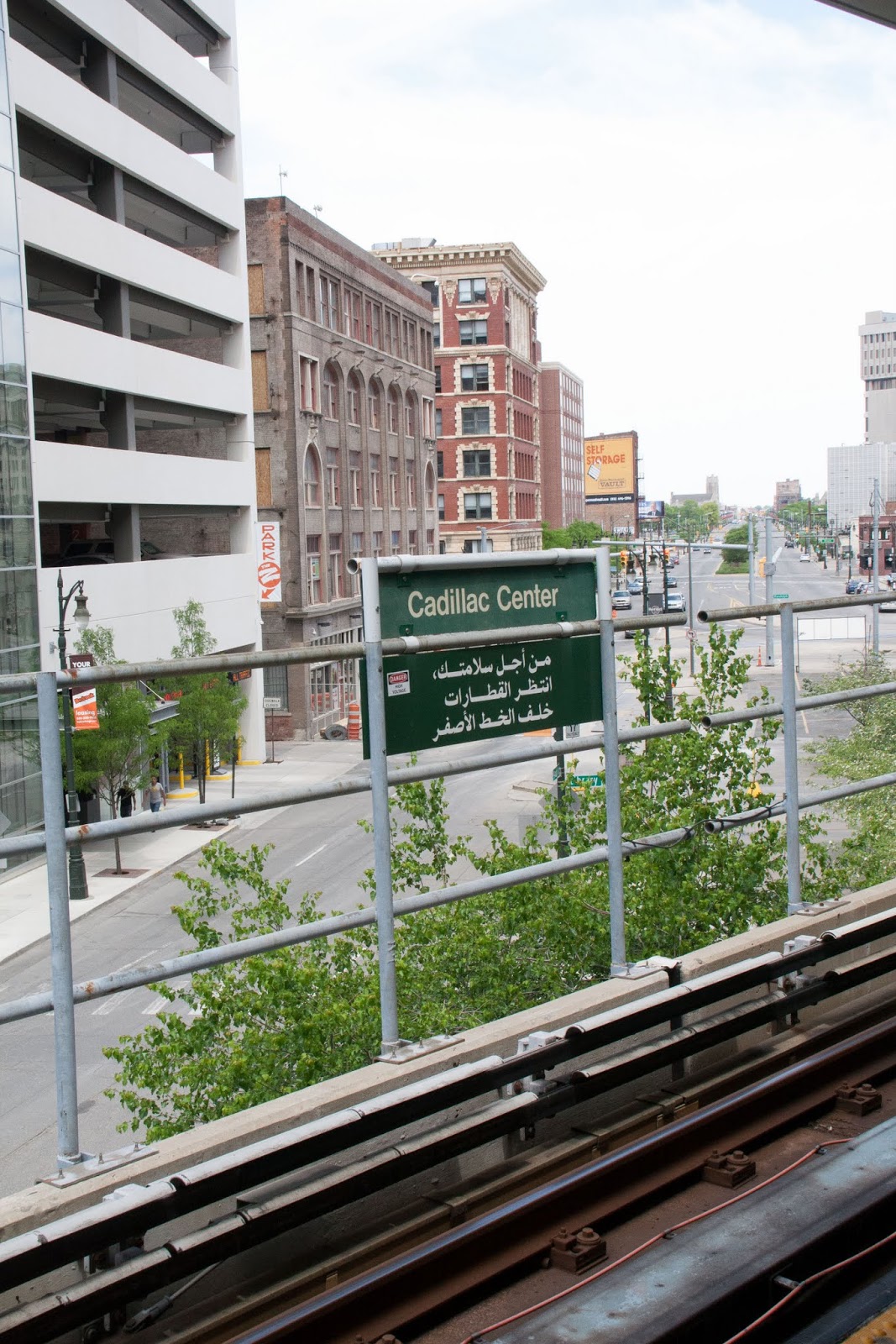 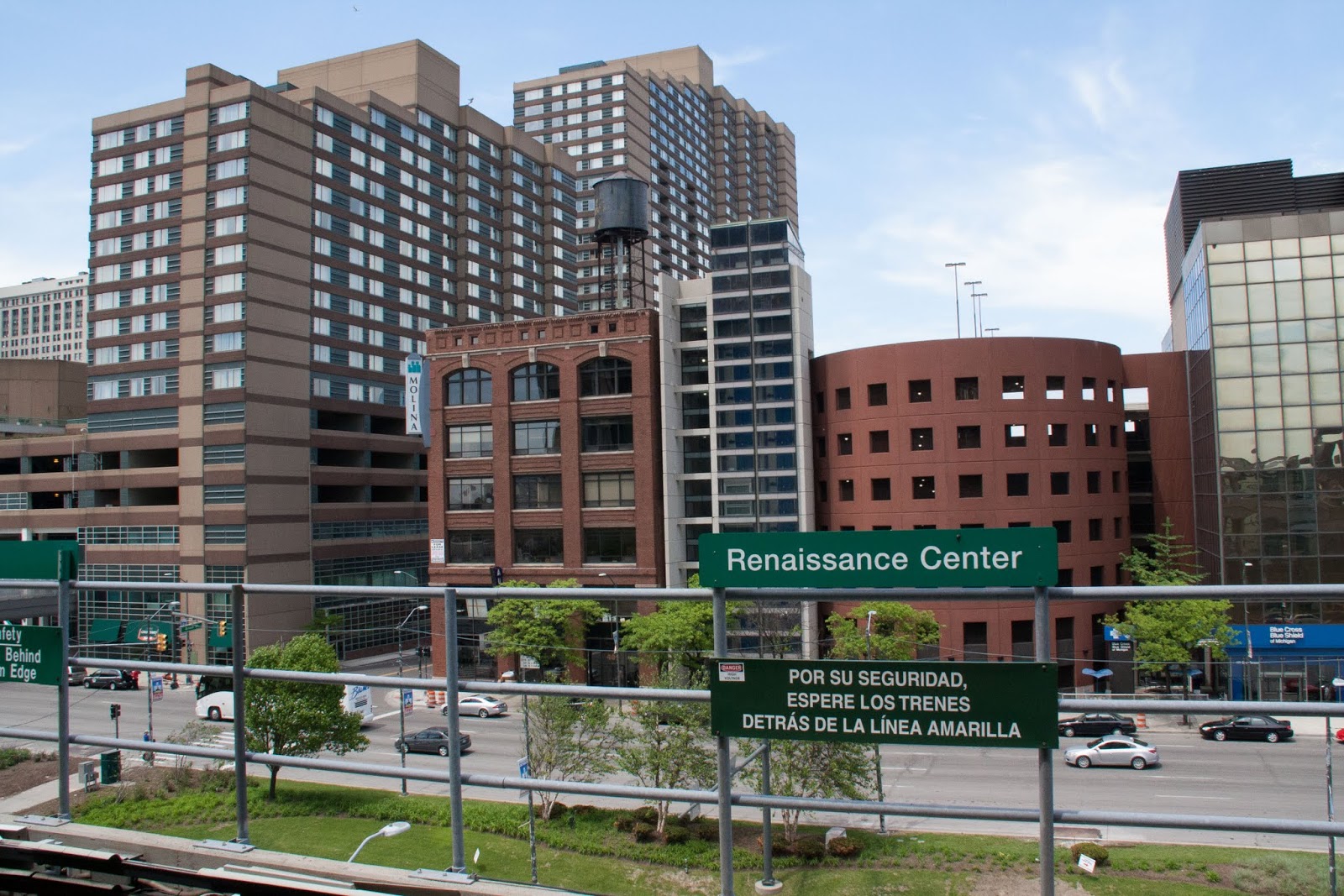 Architectural highlights of our tour were the GM Renaissance Center (1977) by John Portman, One Woodward Avenue (1962) by Minoru Yamasaki, and the Lafayette Park Apartments (1956) by Ludwig Mies van der Rohe. Detroit is a great place to see examples of International Style and late Modern architecture. The Renaissance Center was one of the craziest buildings I’ve ever been in; in 2004 they installed a new walkway around the interior that helps visitors understand where they are, but before that it must have been very disorienting to visit. It’s a ring of round towers, all alike, with floating round “pods” hanging from the walls and a multitude of levels. Amazing concrete work, though. 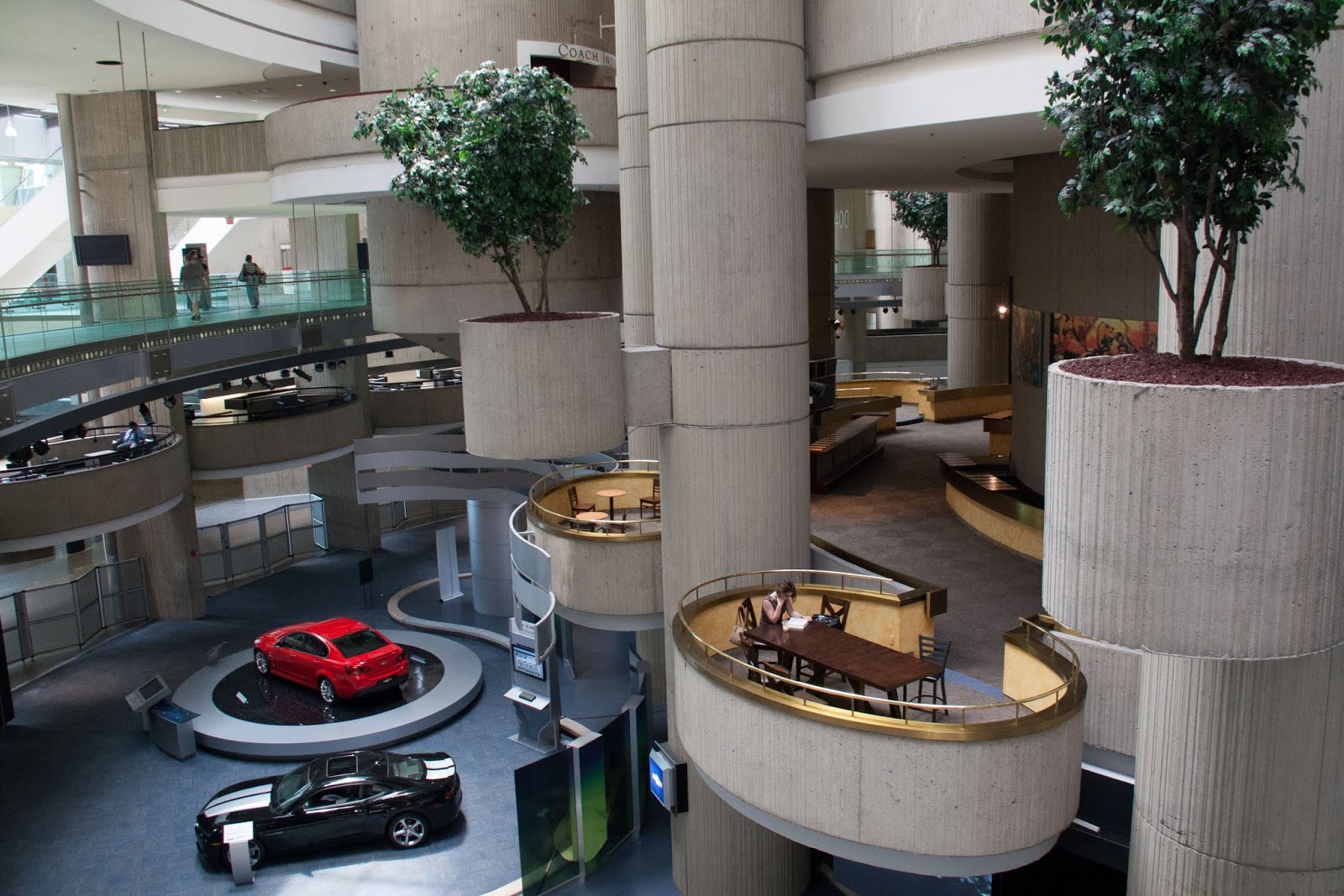 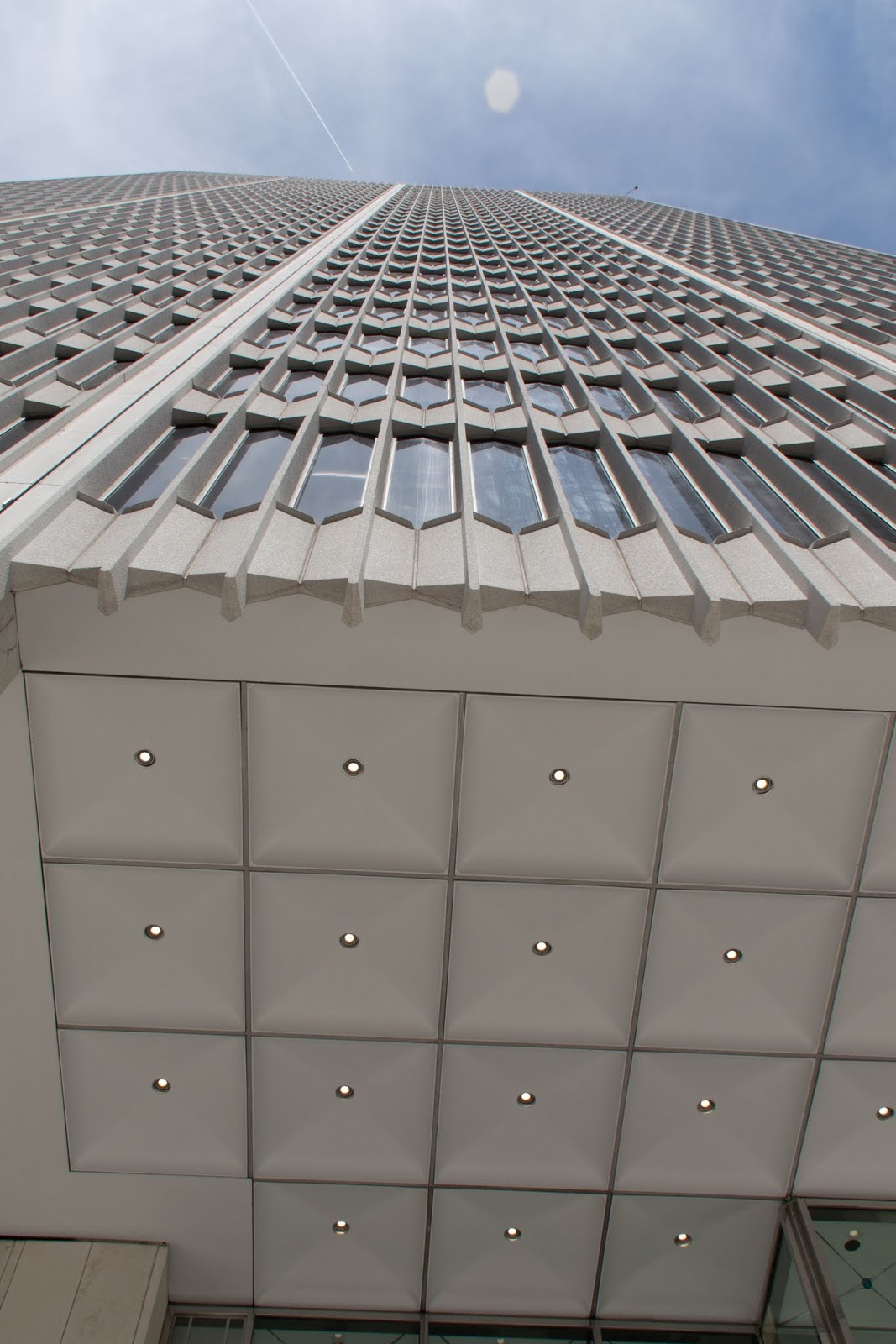 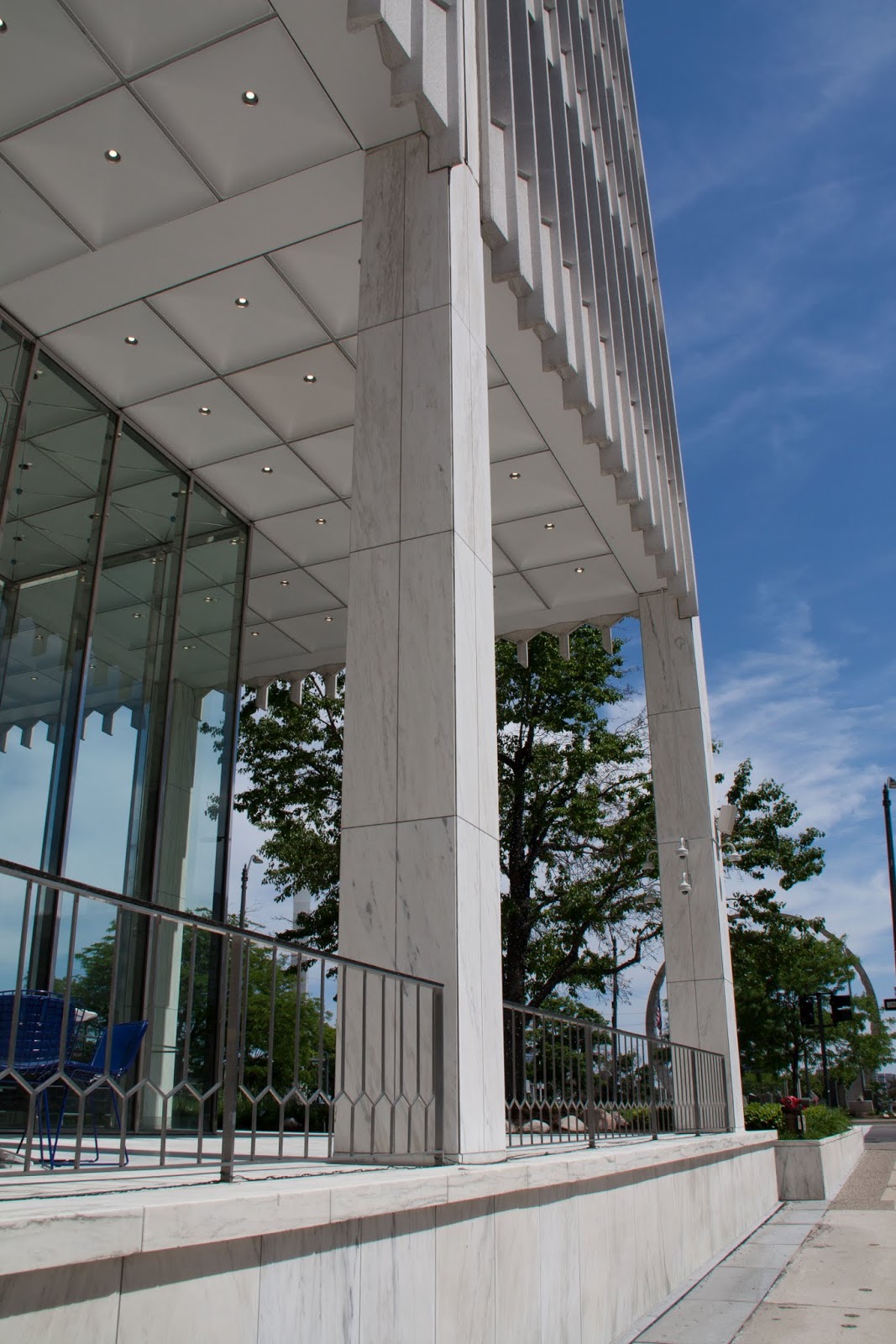 I hope I’ll be back sometime in the future, to see how things change and to see more of the city!

Postscript July 11th: Here’s a nice NYTimes piece on how things are going in Detroit today.