Almost arrived late due to insane traffic weirdness. Audience appears to be mostly middle-aged women. But I ended up seated behind a whole row of bros who stood up basically all the time. What we all had in common - a great time.

John was a great performer, maybe not as virtuosic as Billy Joel, but very talented 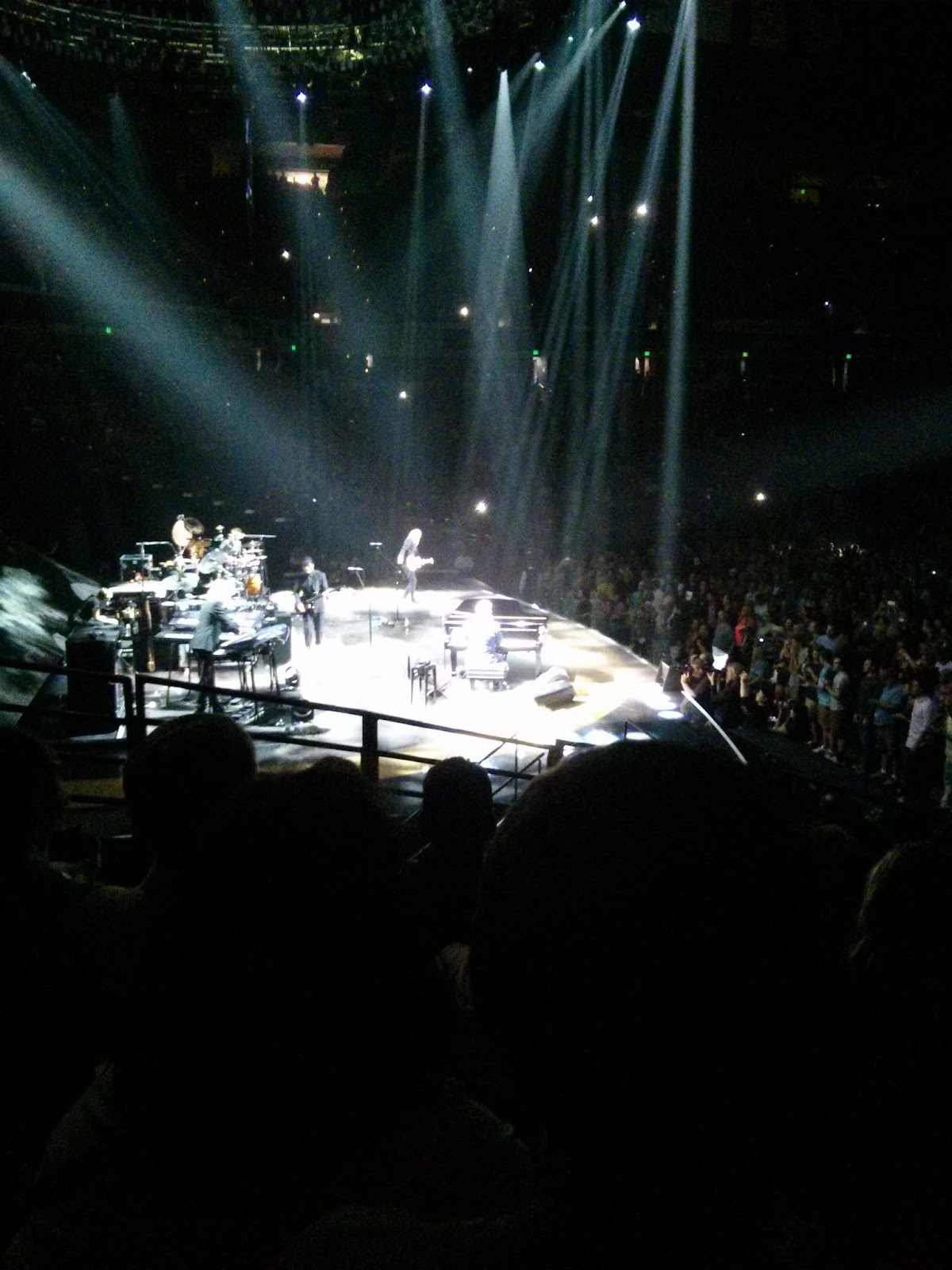 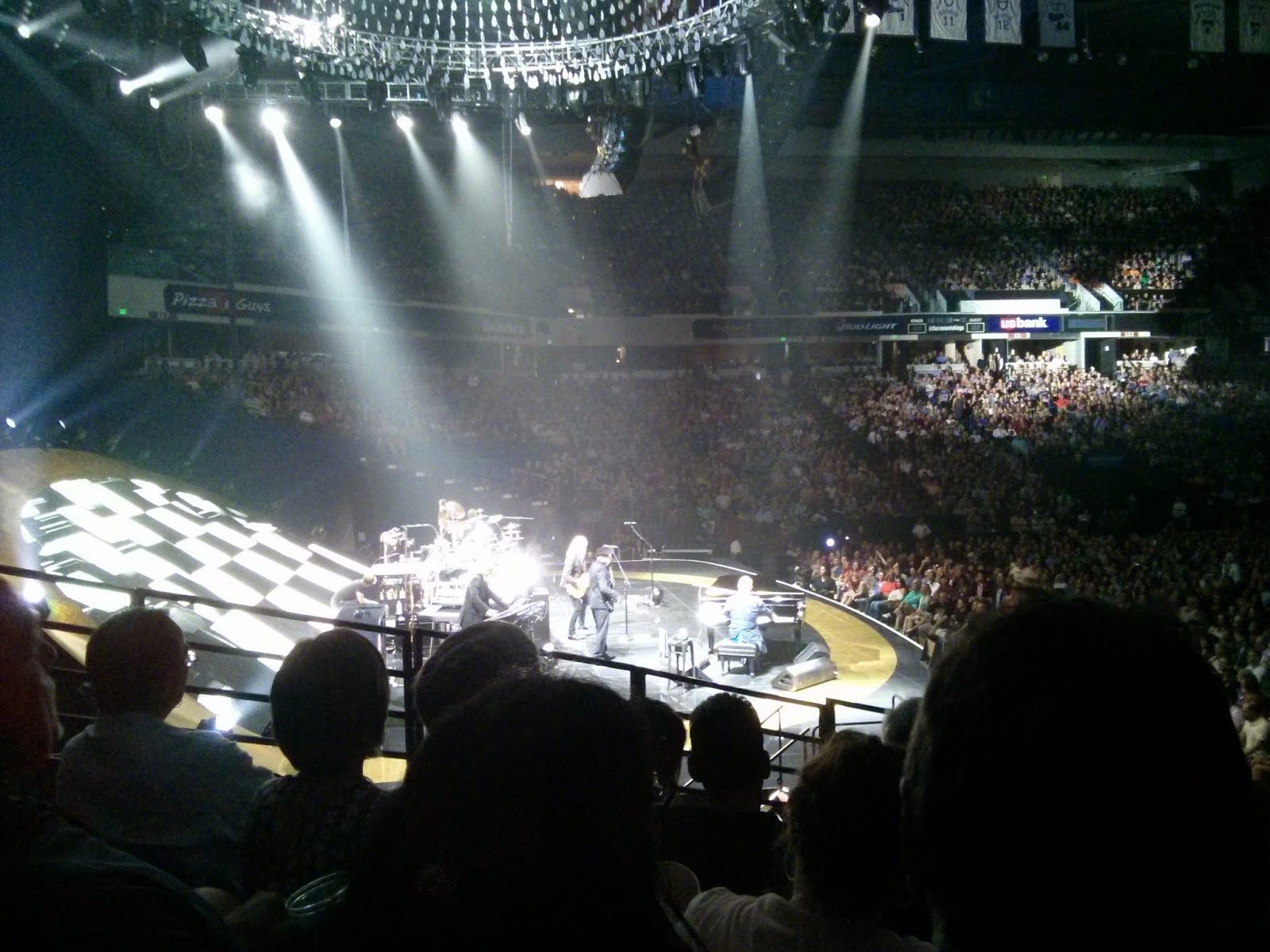 He loved the crowd, at mid-point let people come right up to the stage, and high-fived a little boy. People kept jumping onto the stage to try to give him a hug. Got up from piano after every song to walk around the stage and wave specifically at each section of the audience. At the end, signed autographs for the people next to the stage.

Someone brought him a flag. ??? 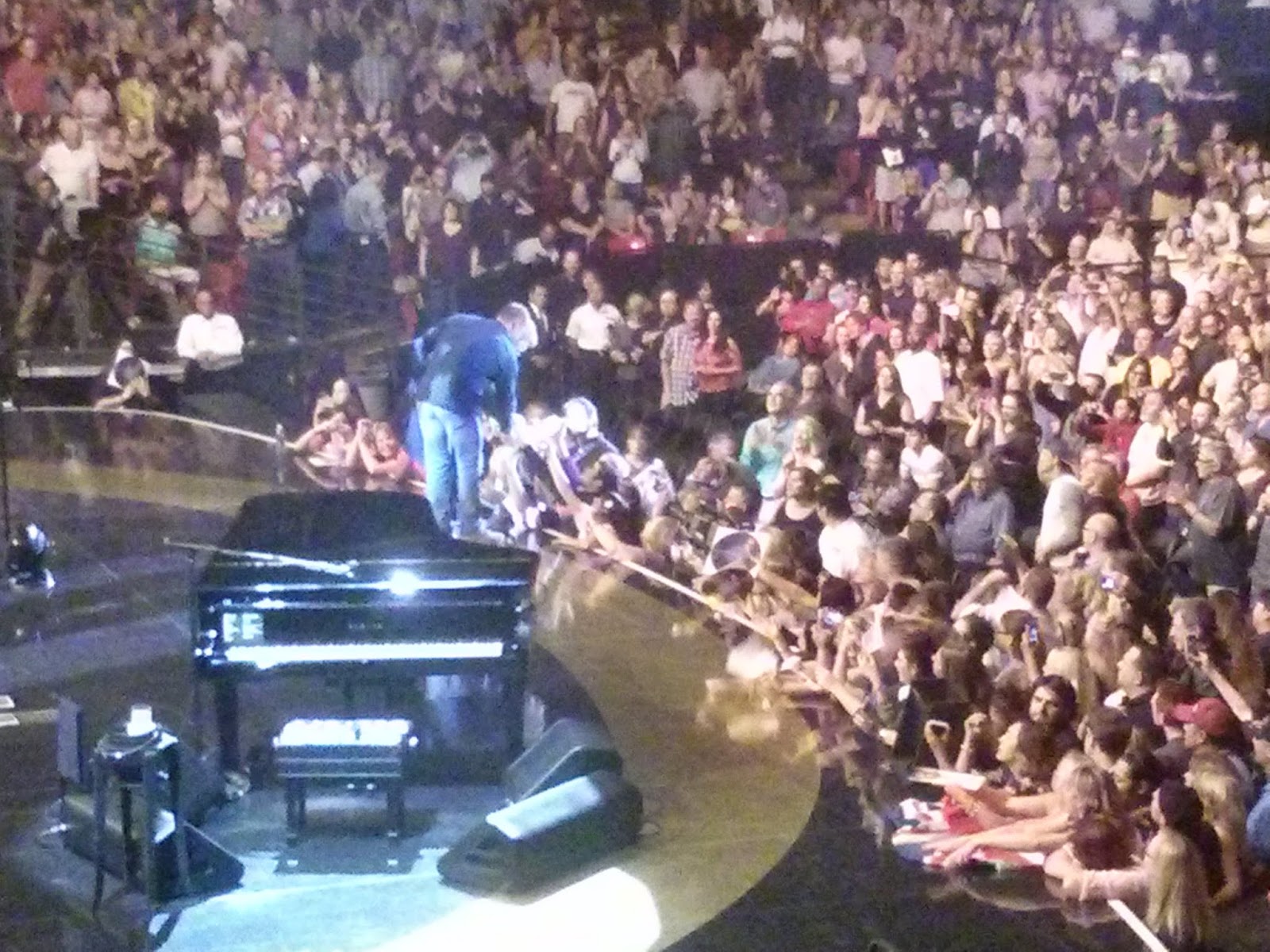 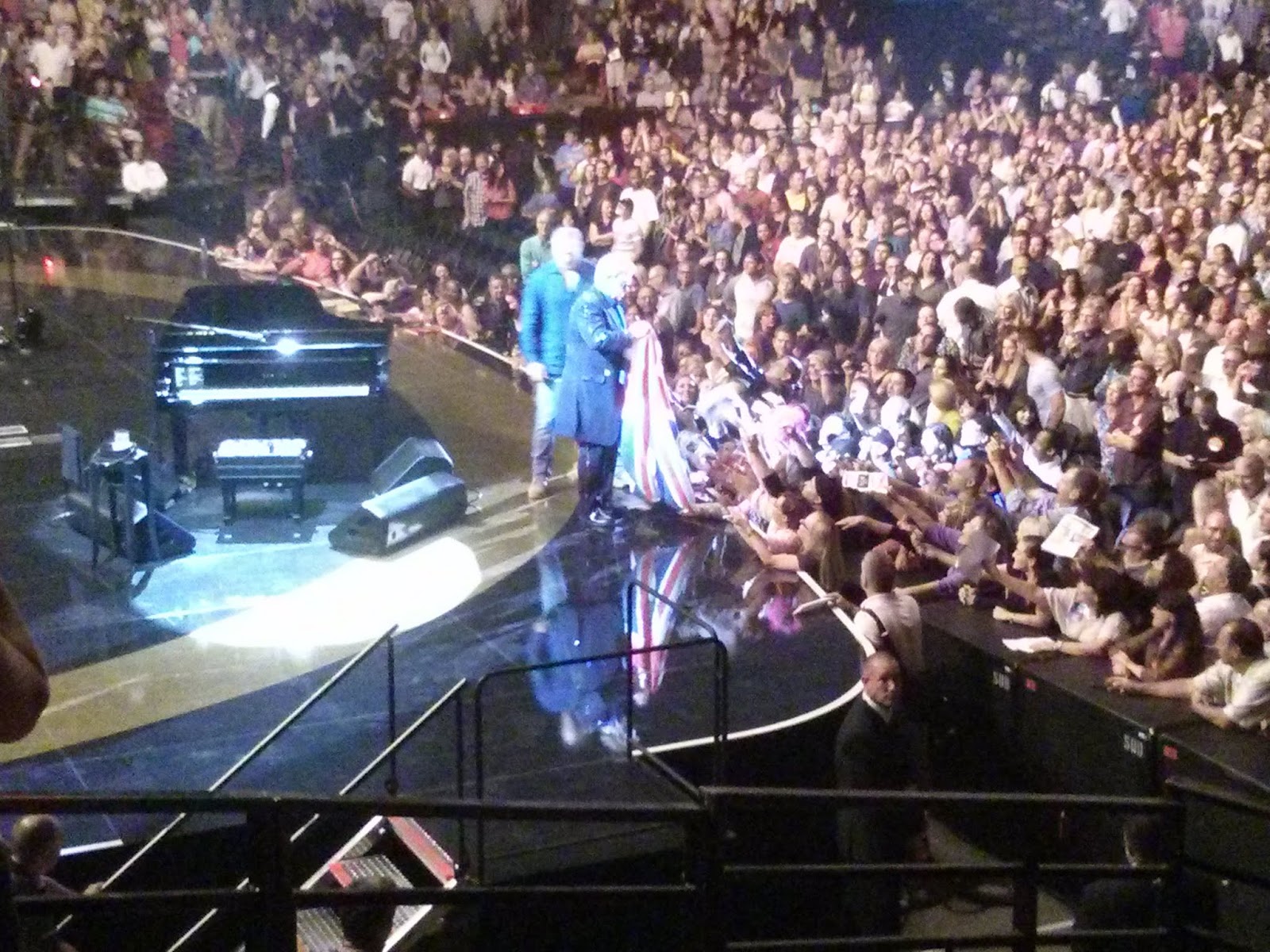 Terrible backdrops. One of the best parts about my seat at the extreme edge of the arena was not having to look at the screens. Basically I had the best seats - direct view of the piano keyboard, ie his back. The giant screens were directly above my head, parallel to my view, and the ones behind the band were all out of sight. Very close to the stage. 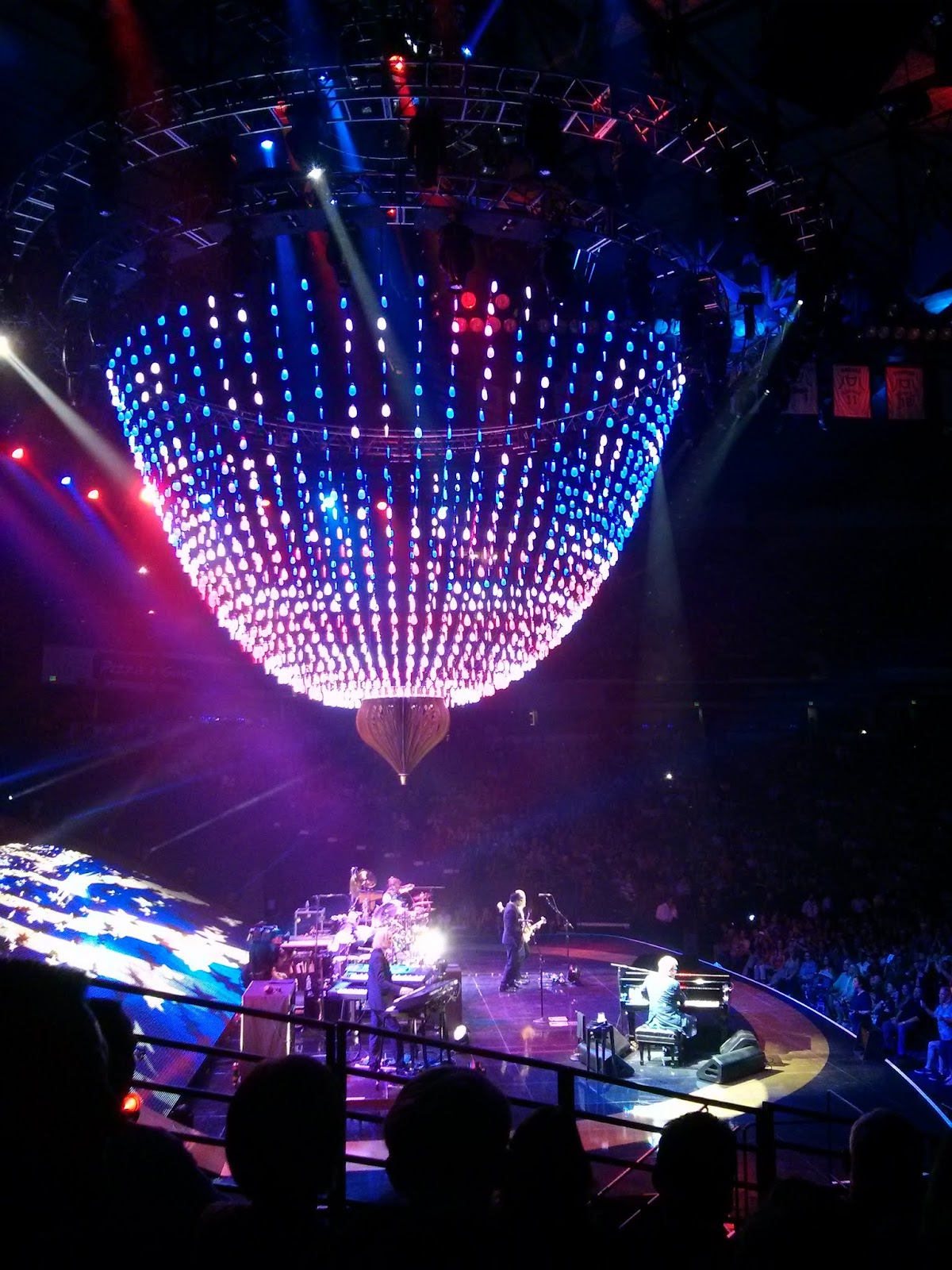 Played the majority of the standards/songs I knew, probably about 6 songs I didn’t know by heart (Ocean’s Away, Grey Seal, some other ones he didn’t announce) 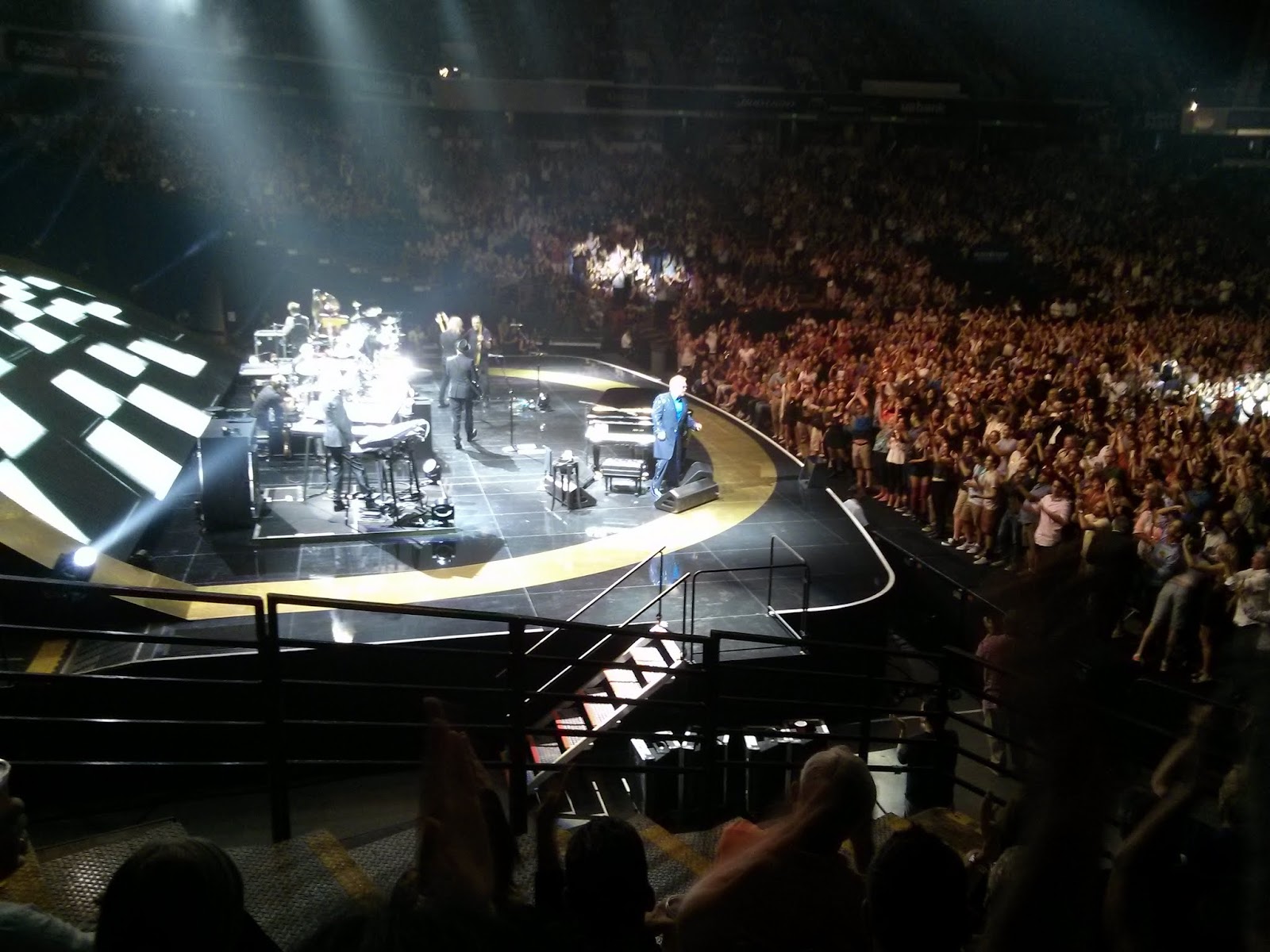 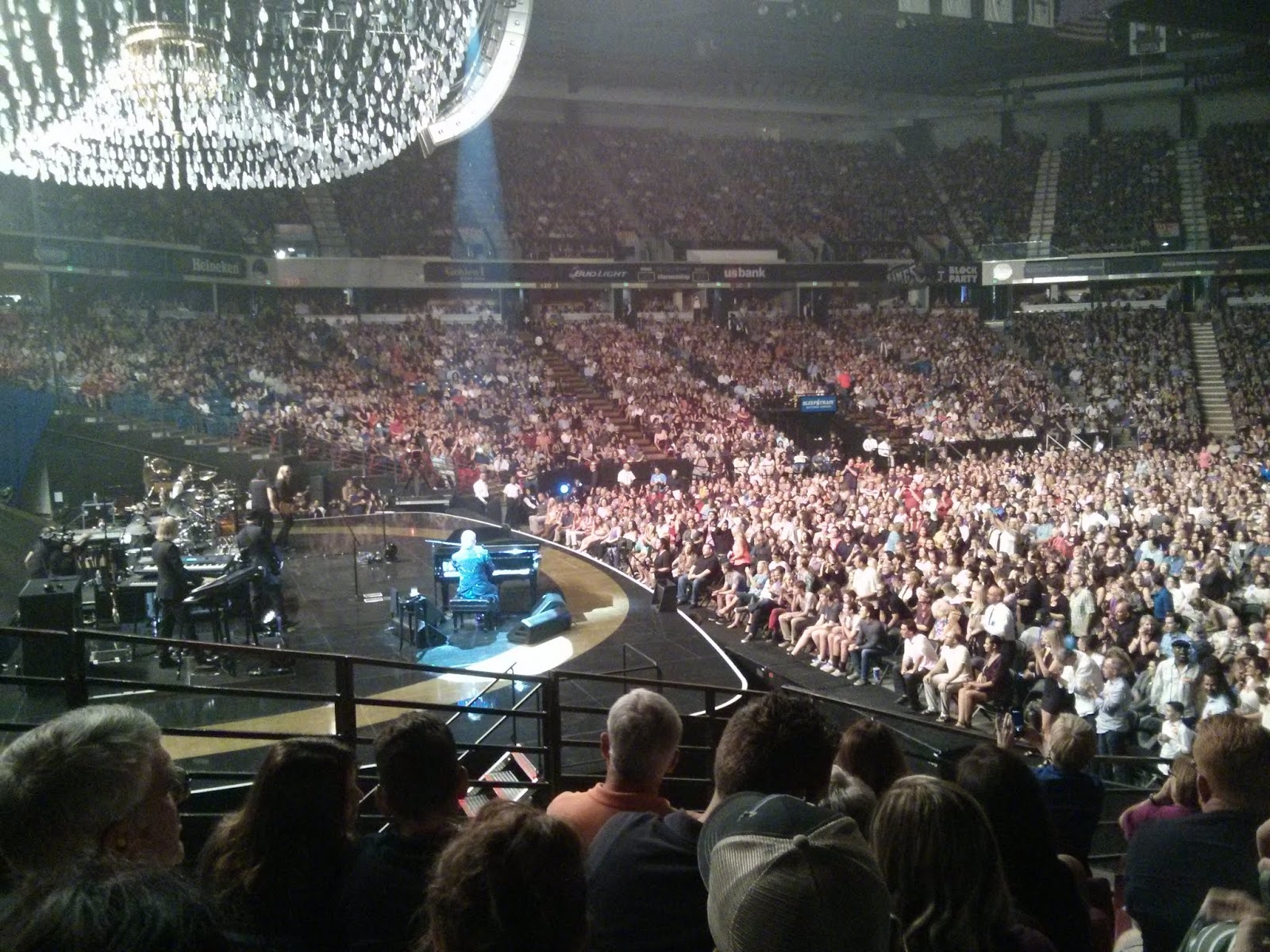 Encores were Crocodile Rock, Circle of Life, and….? time to leave.

Kinda want to be him for Halloween now. Spaaaarkles.

He can totally still sing. Some nice improv/interludes before Rocket Man, and at the beginning, which was a medley of famous tunes. 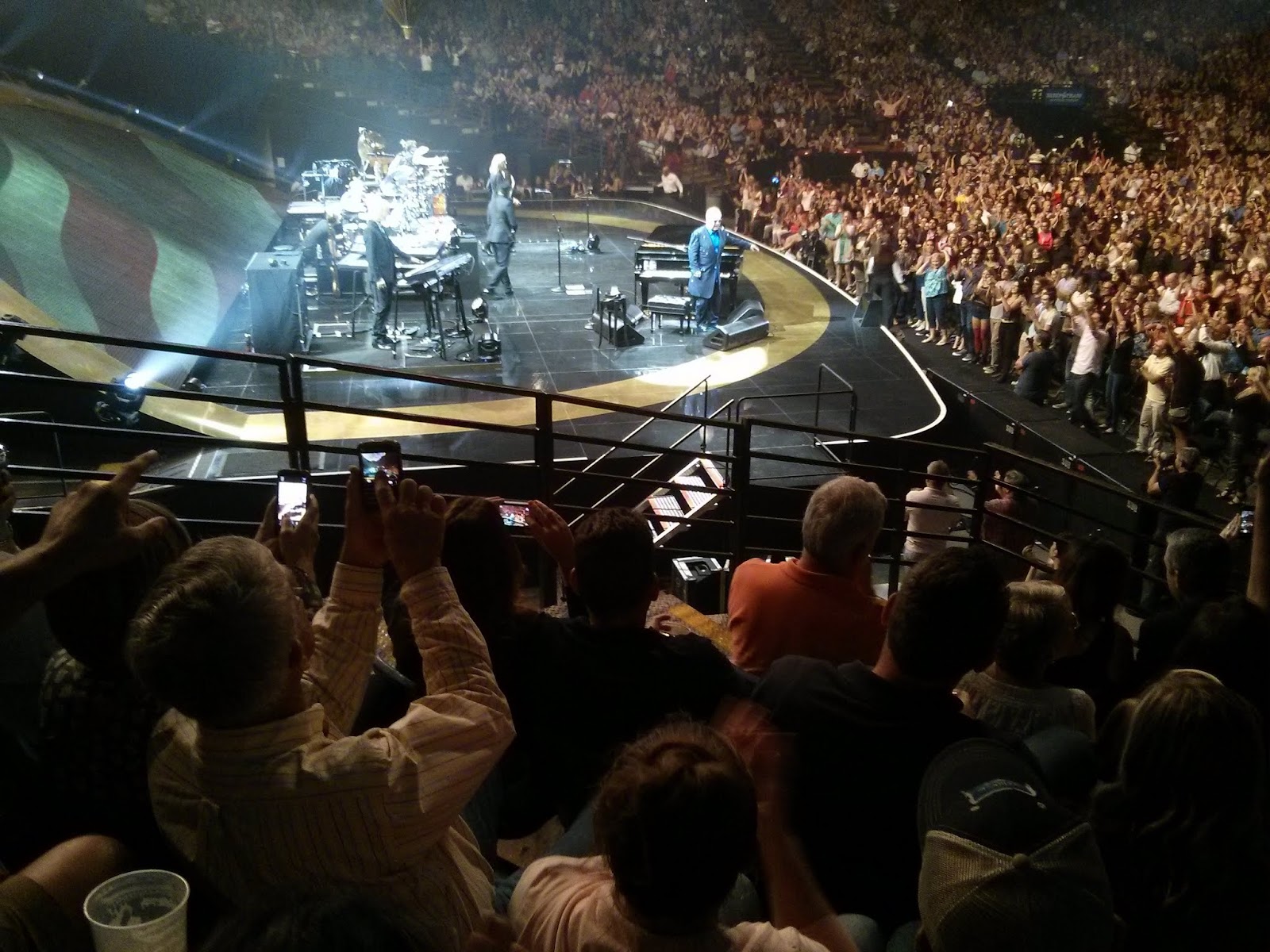 Did I mention the sparkles?