Last October, I had the chance to visit New Orleans for the first time. The city felt unique among American cities I’ve visited: it had the historic district charm of Charleston, but with a modern, skyscraper-filled downtown just a few blocks away, all surrounded by variously well-kept or decaying suburbs that have experienced different amounts of recovery from Hurricane Katrina in 2005. I was intent to see everything for myself, including cool new buildings, cool historic buildings, and everything in between. Extra special thanks to my college friend who served as my guide, “local knowledge,” transportation, host, and restaurant recommend-er throughout our trip! 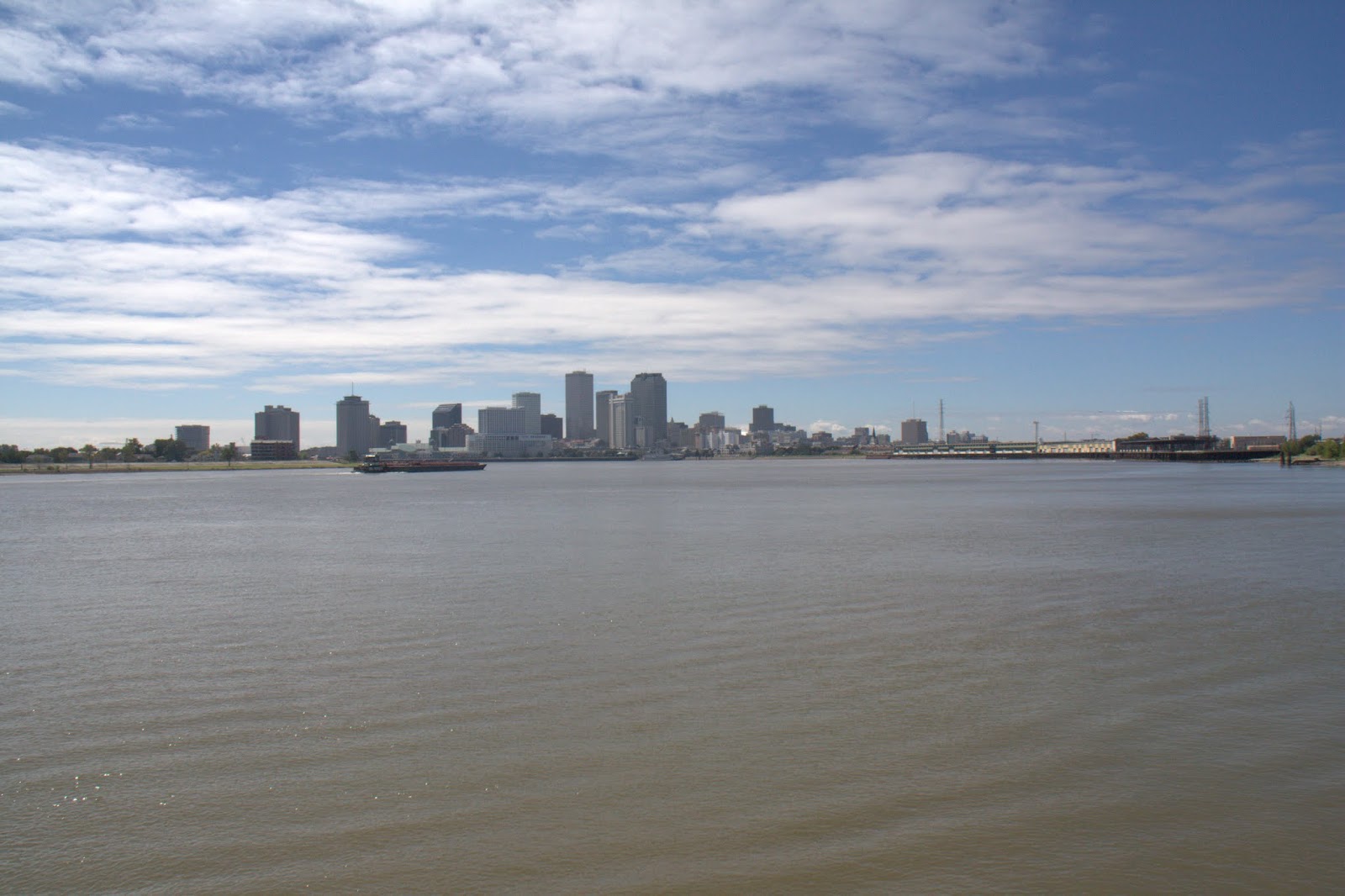 This is a place that you have to see at night, when the gas lamps are lit and the darkness hides some of the imperfections and later additions. Overall, it’s astonishing how consistently the historic architectural style has been maintained here, with the wrought iron balconies built over the sidewalks, gas lamps for illumination, bright colors of paint, and hanging plants. Definitely something to see. The beignets at Cafe du Monde were all that was promised. We also checked out several other restaurants and pastry shops, and everything was tasty. On the other hand, the lack of functional public infrastructure was also astonishing. Nearly every street was partially blocked off with construction cones or sometimes just caution tape, indicating potholes, giant pits, seemingly abandoned construction equipment, or other debris/wreckage/what passes for construction. This wasn’t unique to the French Quarter, but seemed most prevalent in the neighborhoods rather than in the downtown. According to “local knowledge,” this is the normal state of affairs, and not something specific to the time we happened to be visiting. 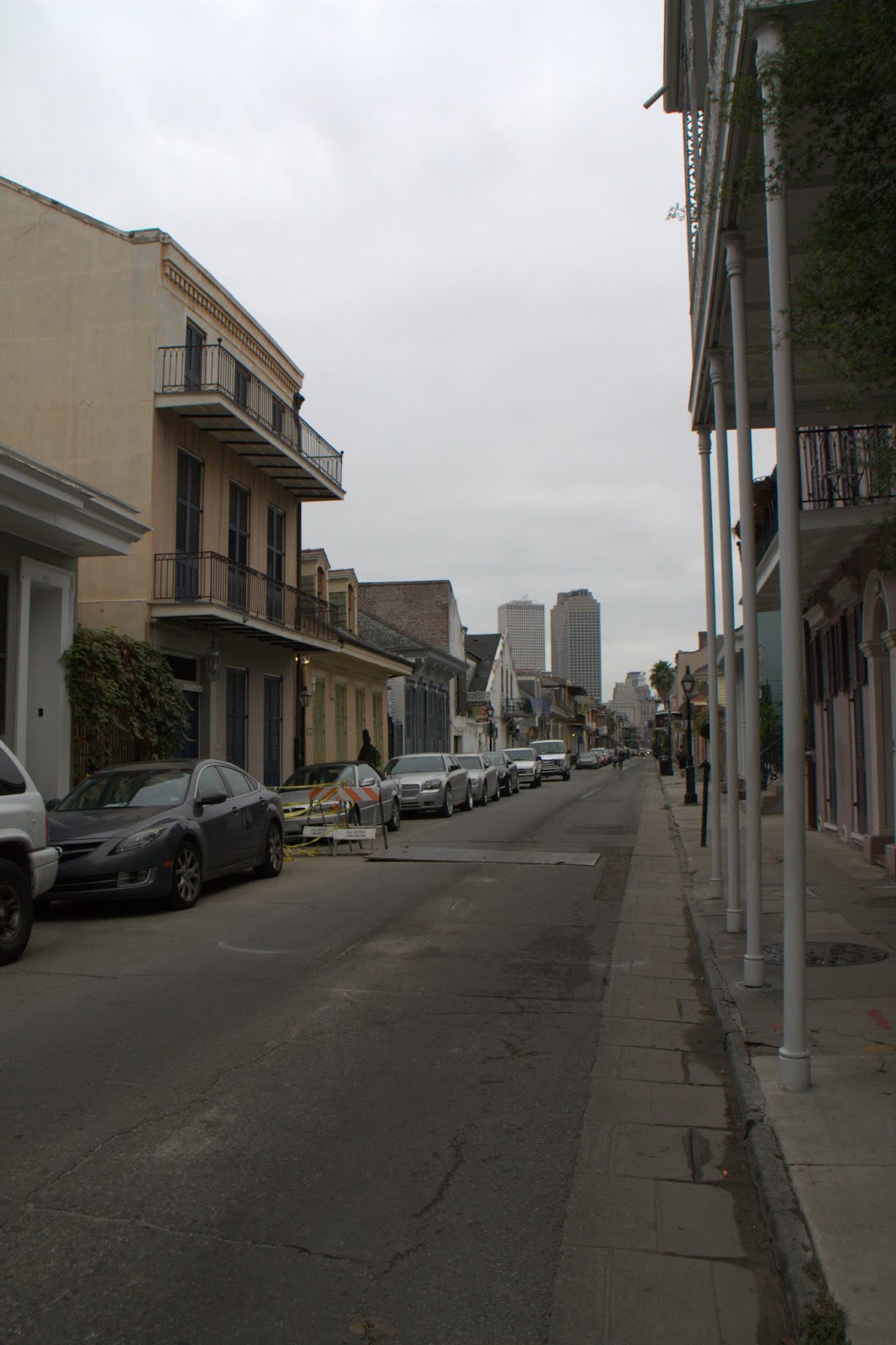 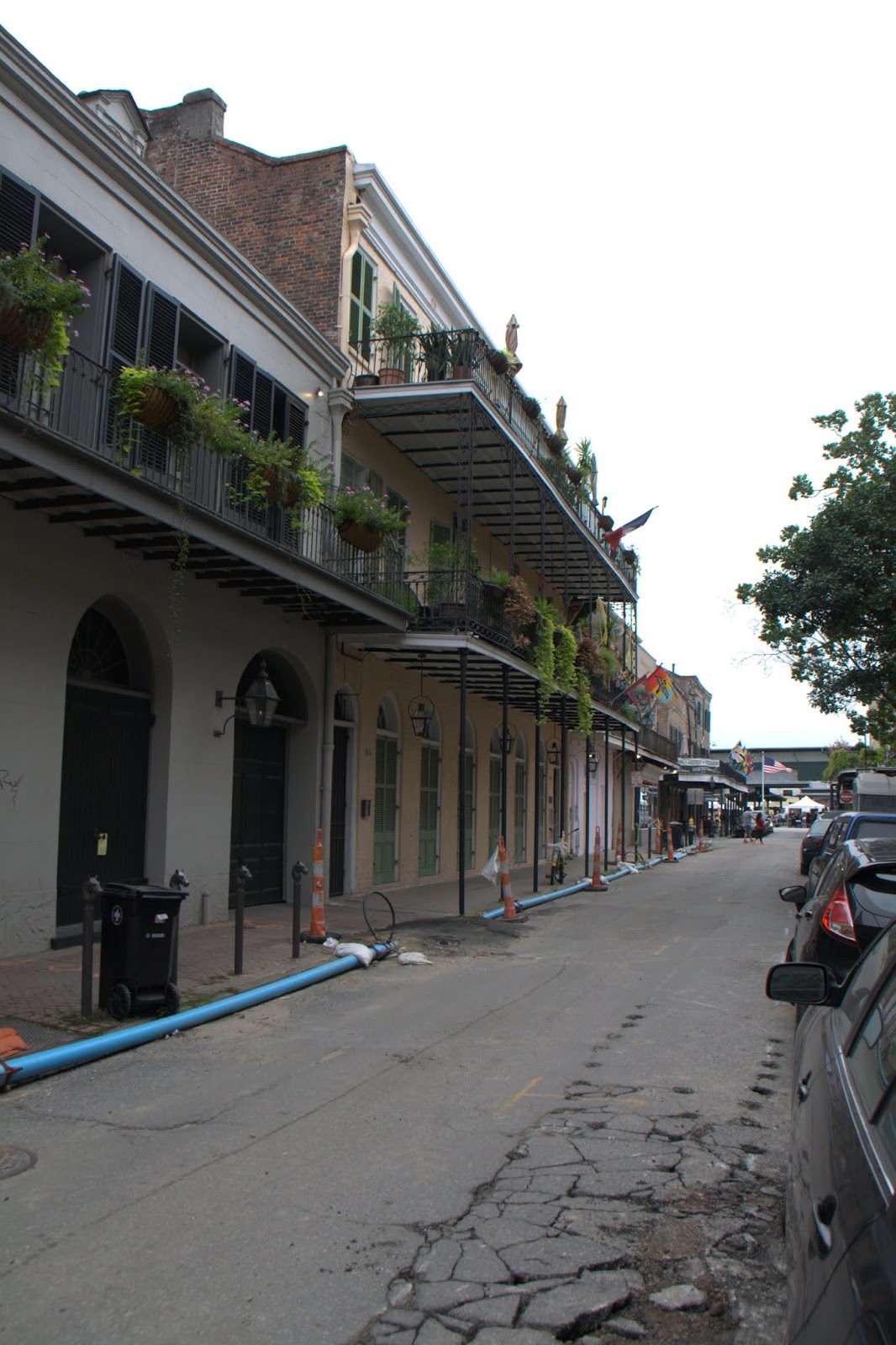 We wandered next through the commercial center, visiting that odd and poorly-maintained icon of postmodernism, the Piazza d’Italia by Charles Moore. It was even more bizarre in person than it is in photos, with its chrome ornament, flat details, saturated colors, overwrought metaphors, and cheery portrait of the architect himself gazing out from the wall. For an entertaining read on what this piazza could, should, might, or may still mean, check out this issue of the journal Places. 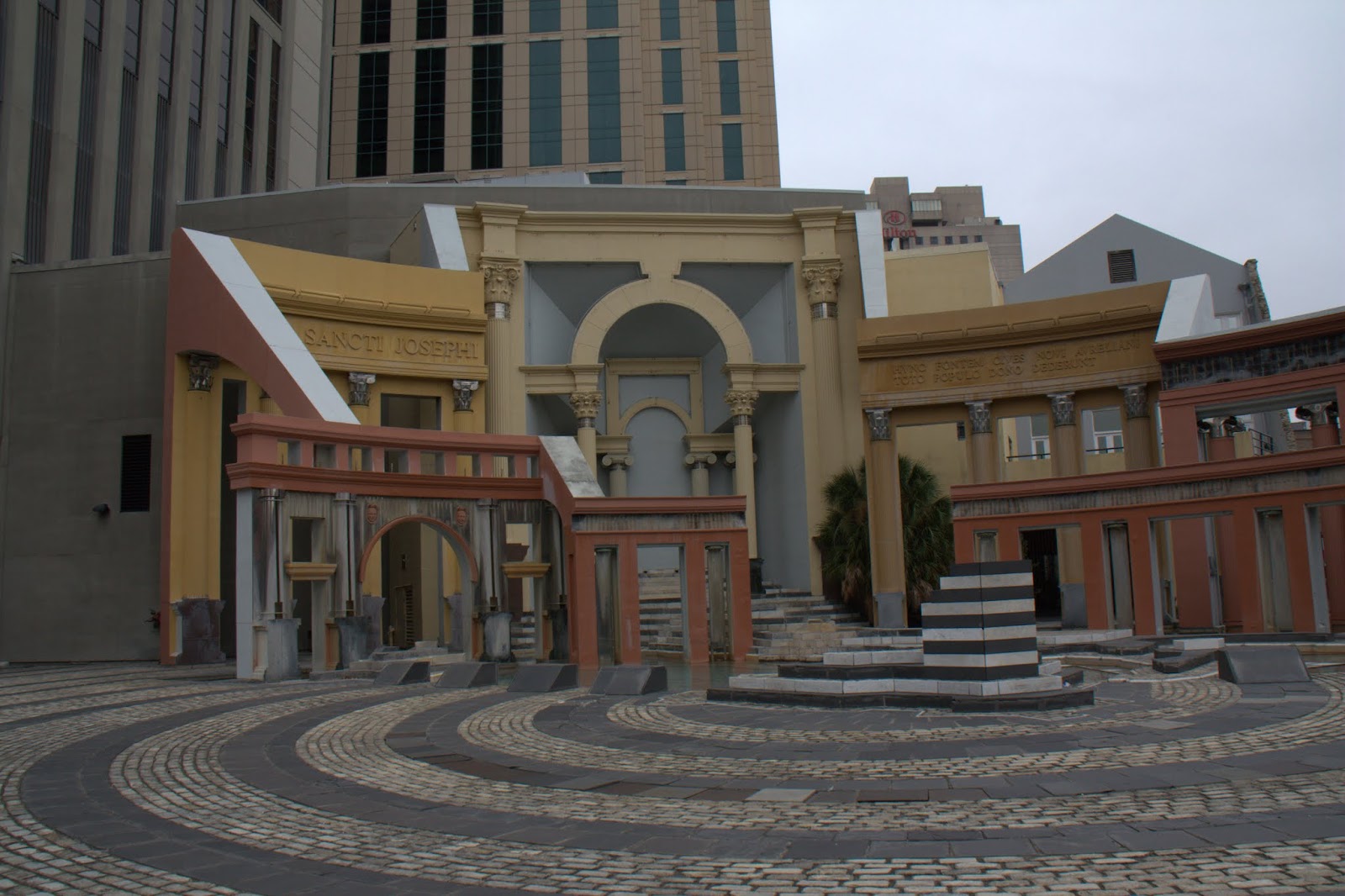 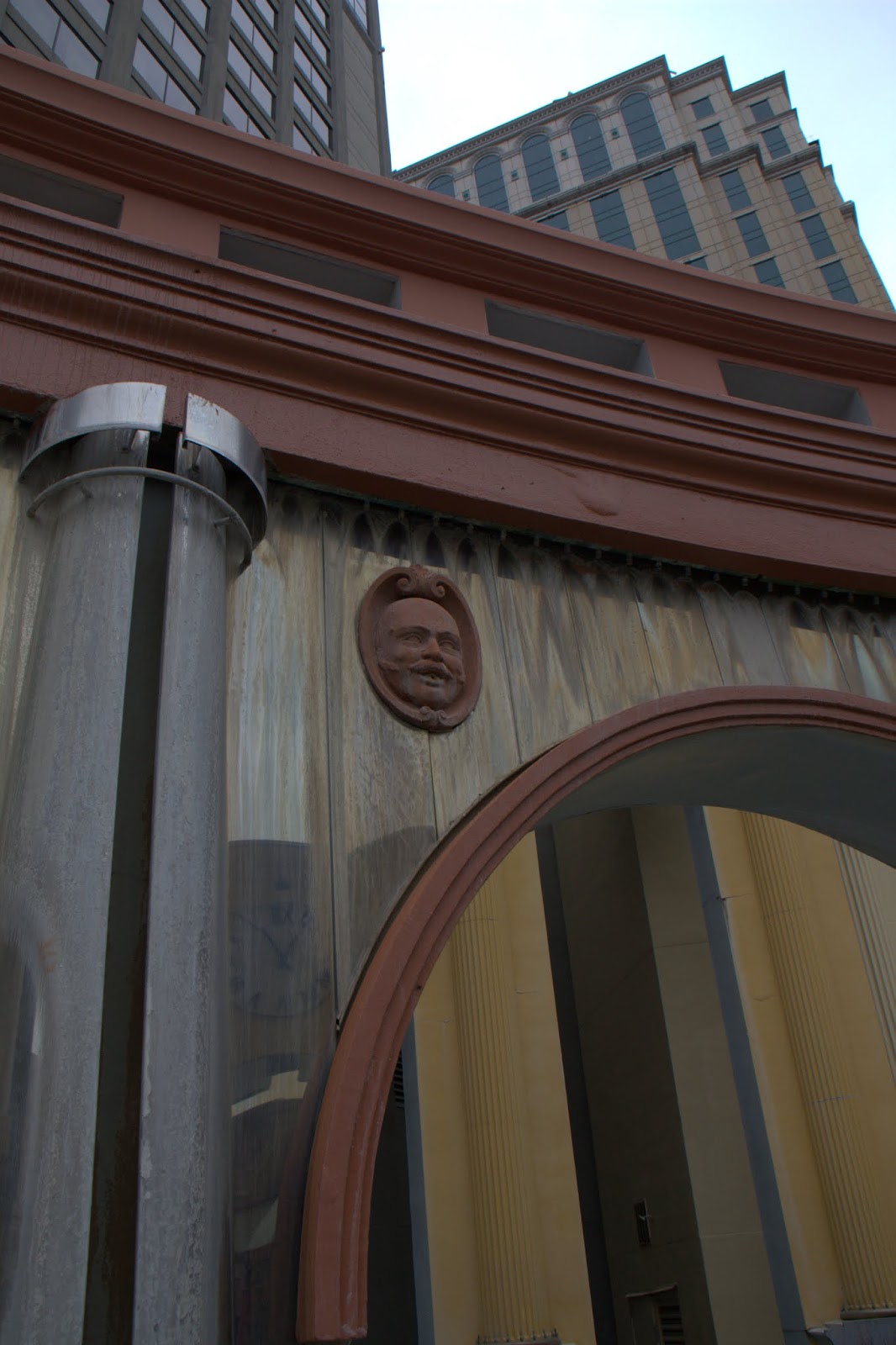 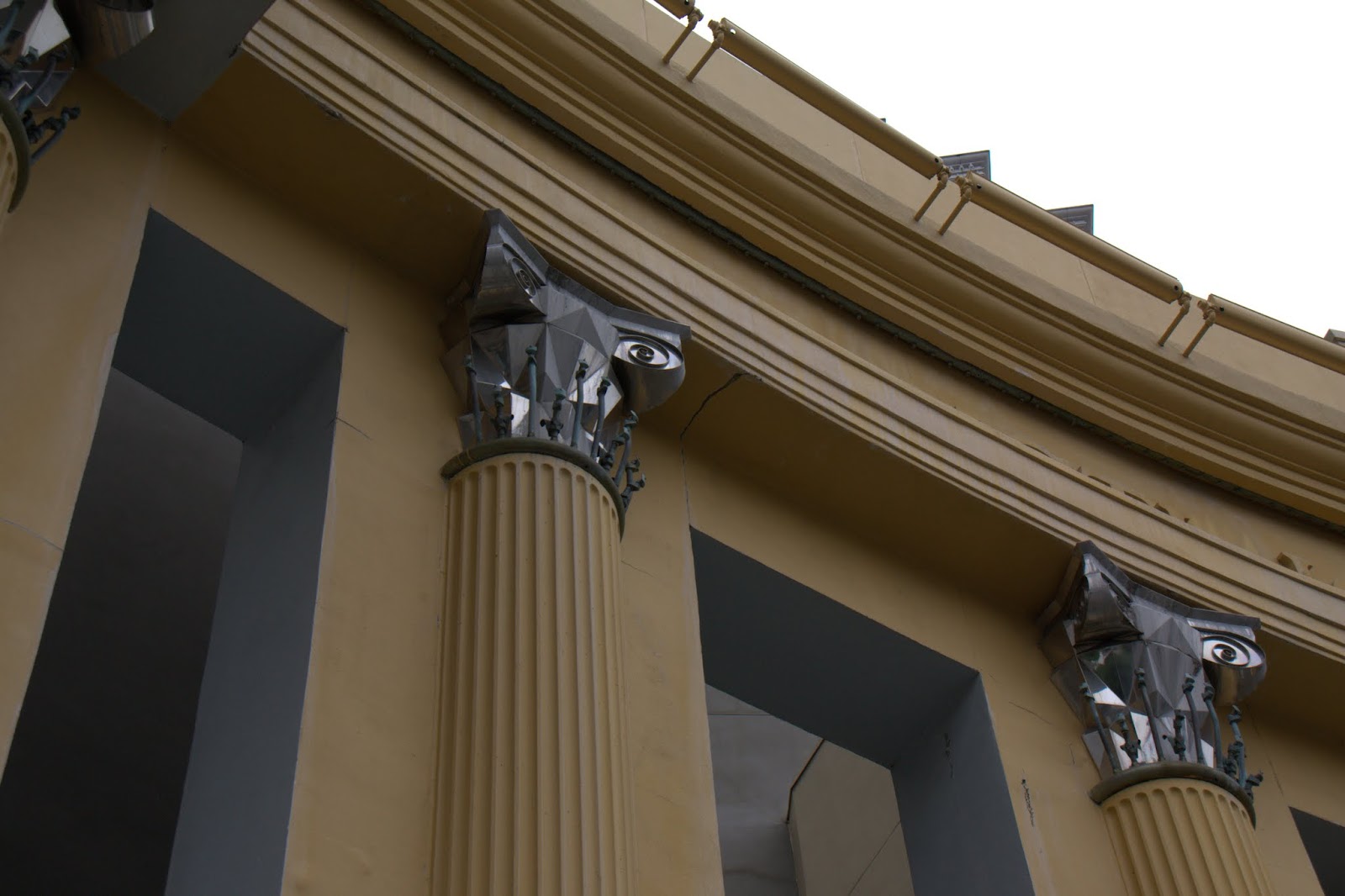 Along the waterfront, we sauntered (yes, sauntering is something one does in New Orleans) past the aquarium, pausing to admire the New Orleans Holocaust Memorial, which is apparently a good spot for groups taking selfies. We tried to reflect on whether that was a good or bad thing, and gave up. 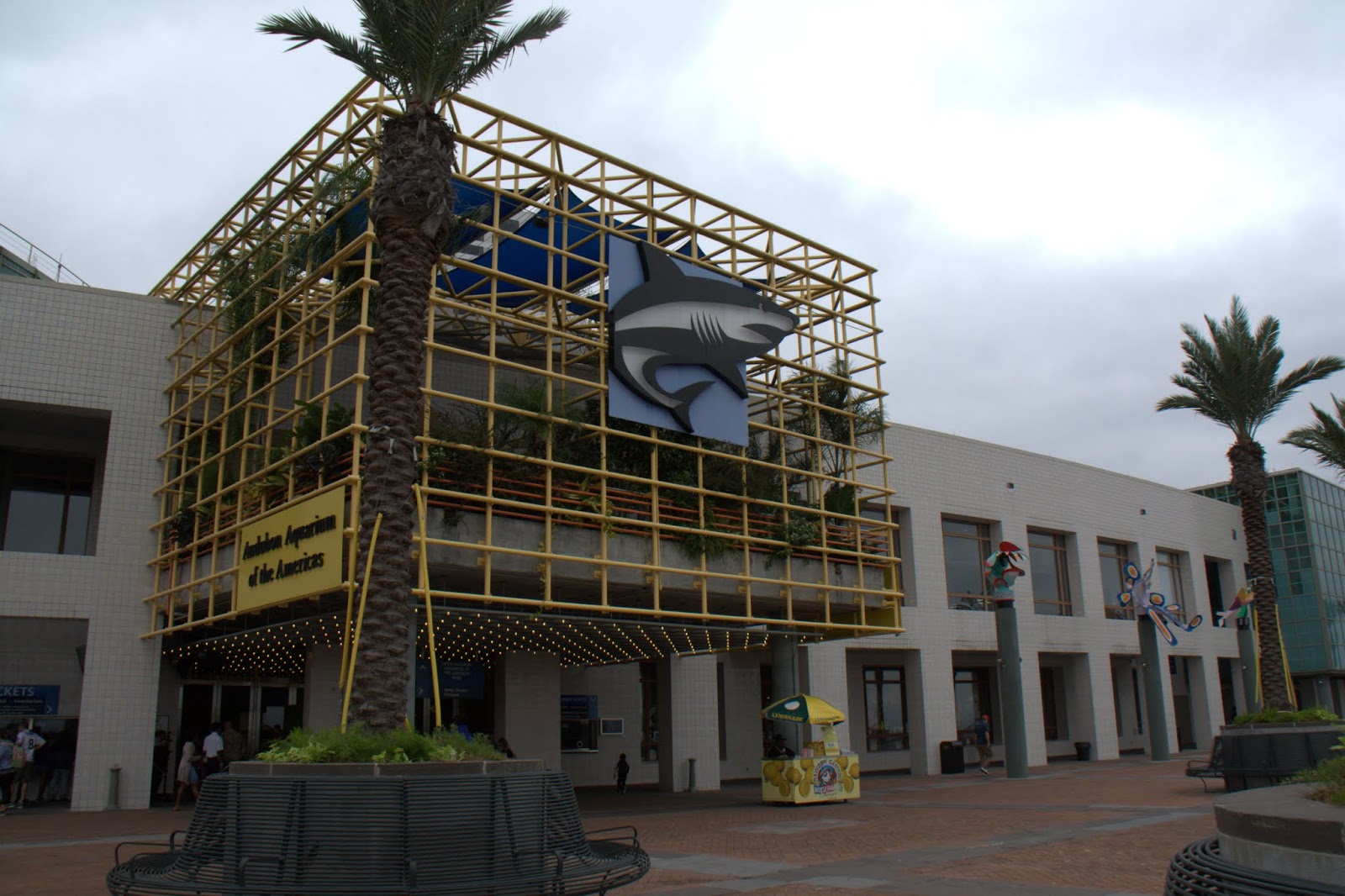 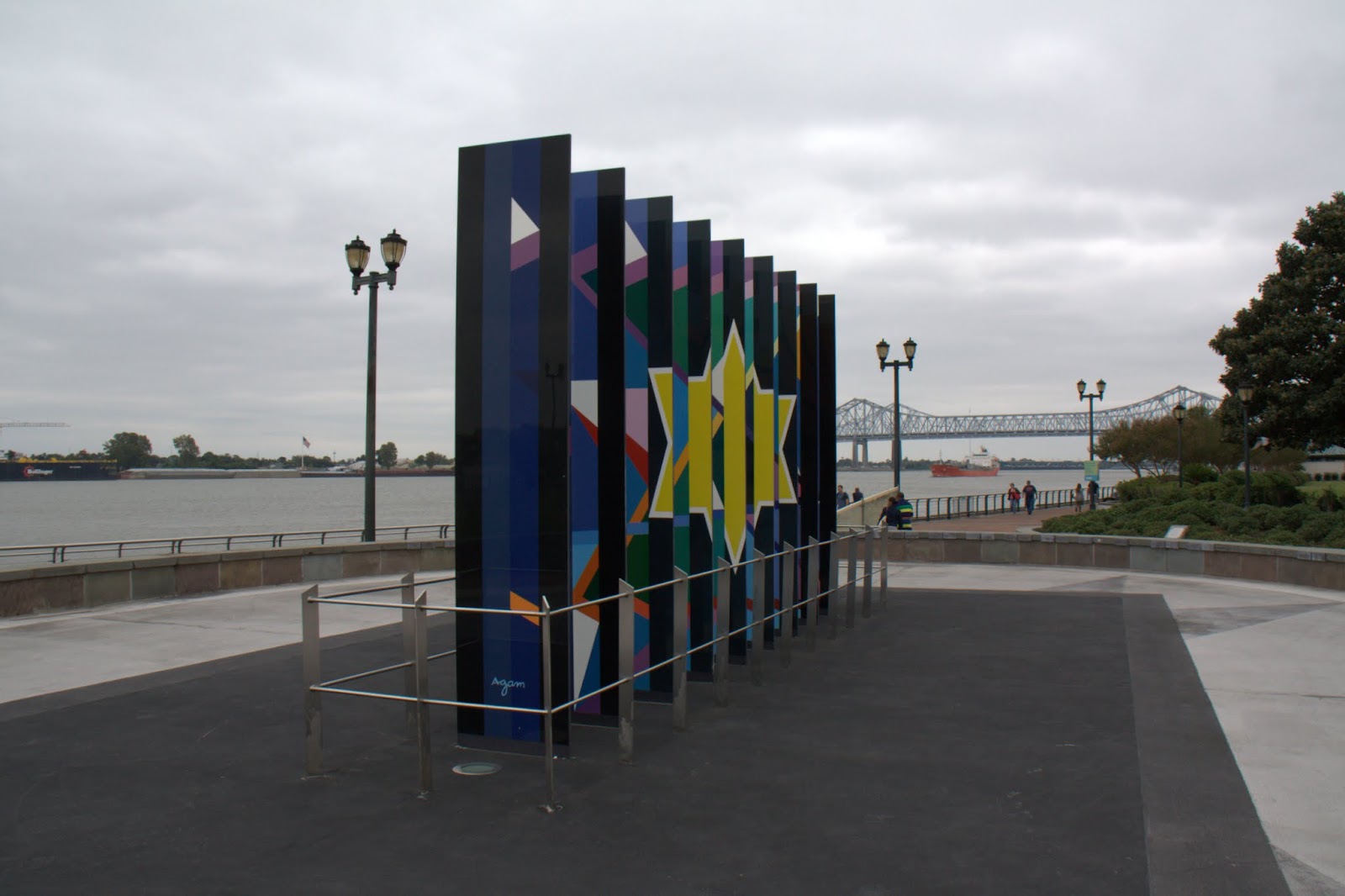 On one afternoon we wandered around the Garden District to take in the ridiculous, possibly haunted, mansions, but I did not take any photos, so you’ll have to use your imagination / Google images.

Outside the city, we visited the Whitney Plantation, where the loquacious tour guide educated us on the lives and history of the enslaved people who were forced to labor on the plantations and farms of the pre-Civil War South. If you want to visit a Southern plantation when you’re in New Orleans, this is the one to visit. You won’t learn all the ins and outs of the “romantic” lives of the white plantation owners, but you will learn some hard truth about the history of our country, and that seems like a much more valuable thing to do. 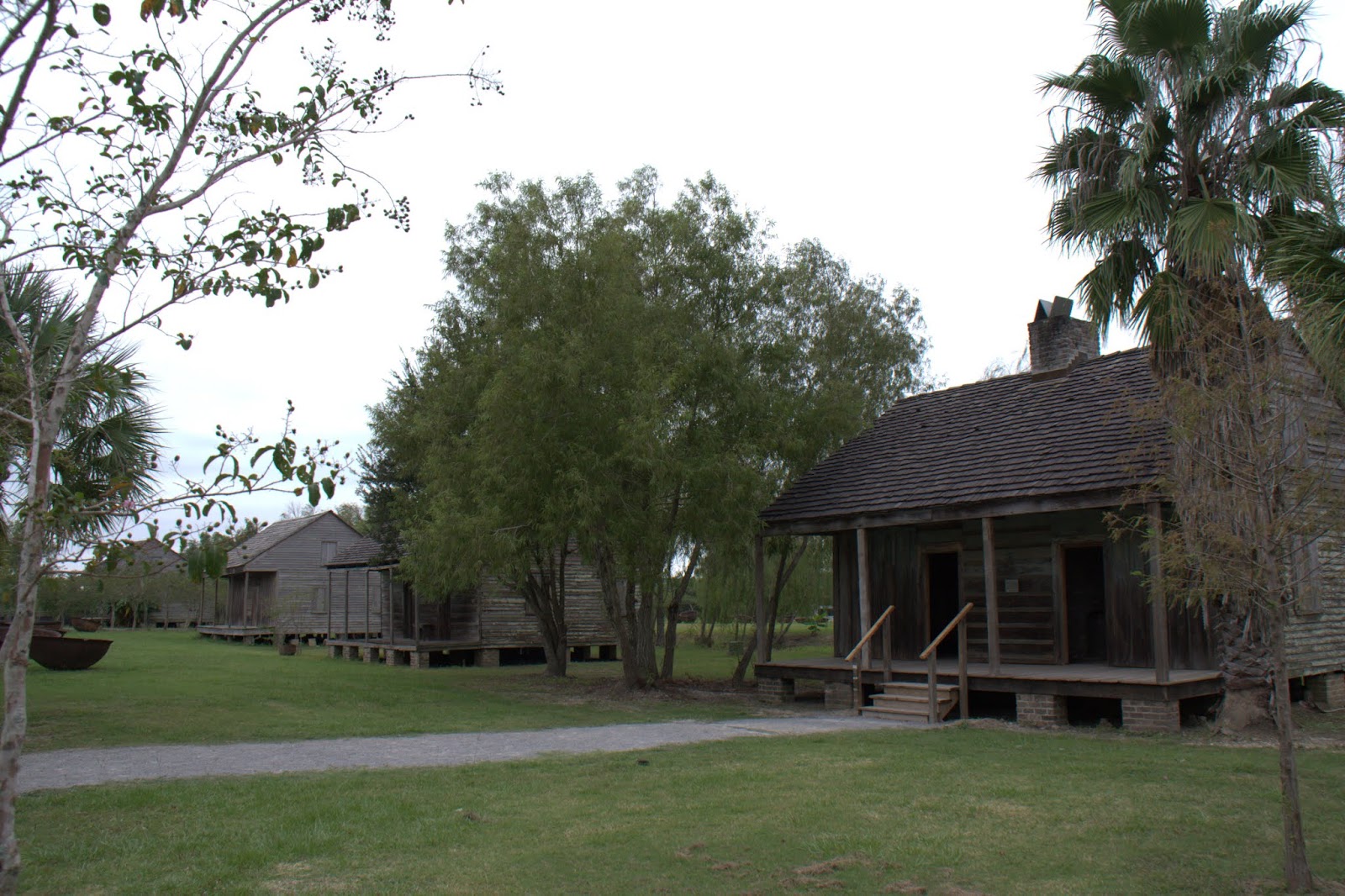 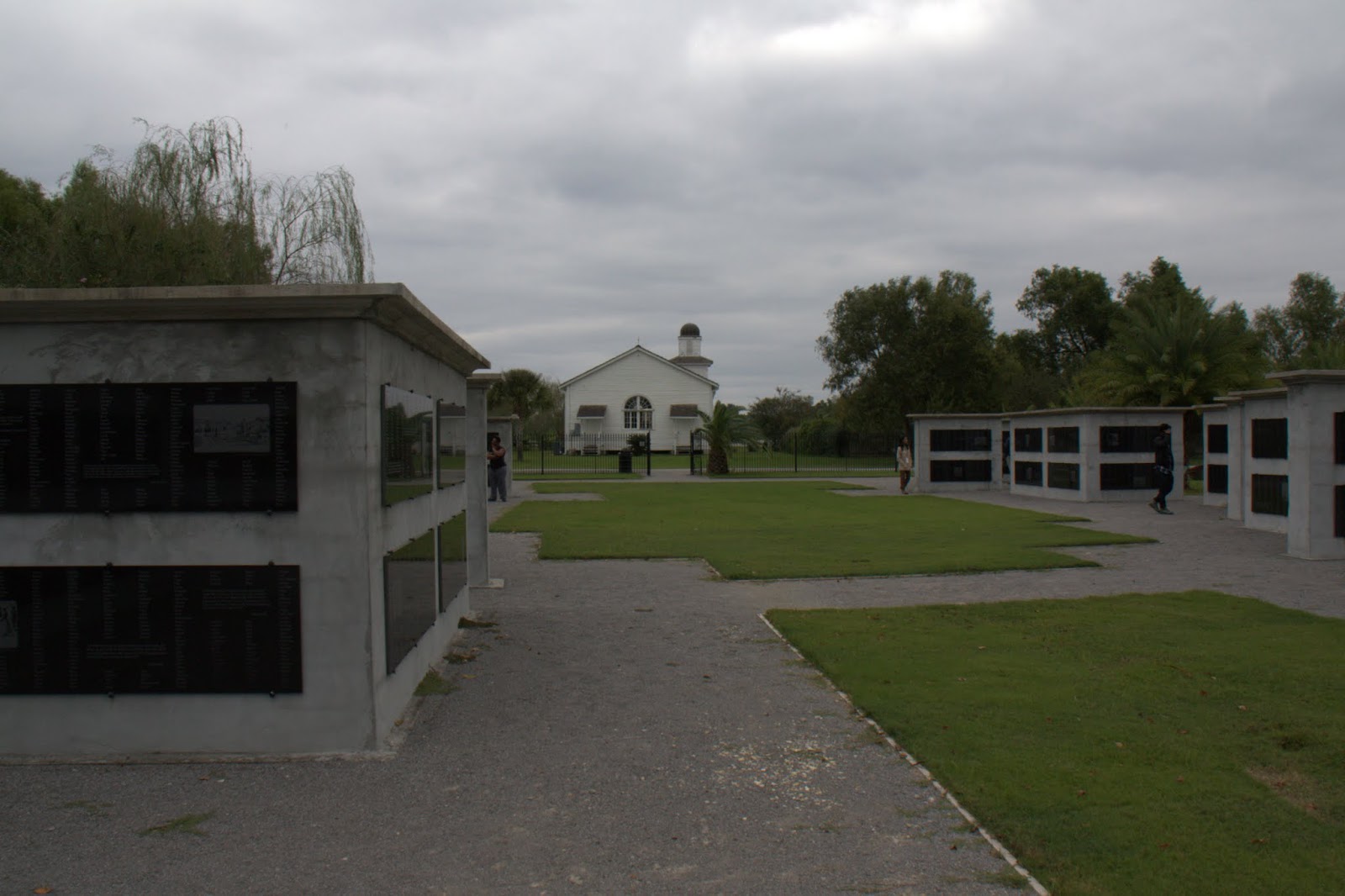 We also visited the swamp! Swaaamp. I think we went to the Jean Lafitte National Historical Park - Barataria Preserve. We saw crazy spiders, and some insects, but not a lot of animals. But lots and lots of swamp. So, success all around. 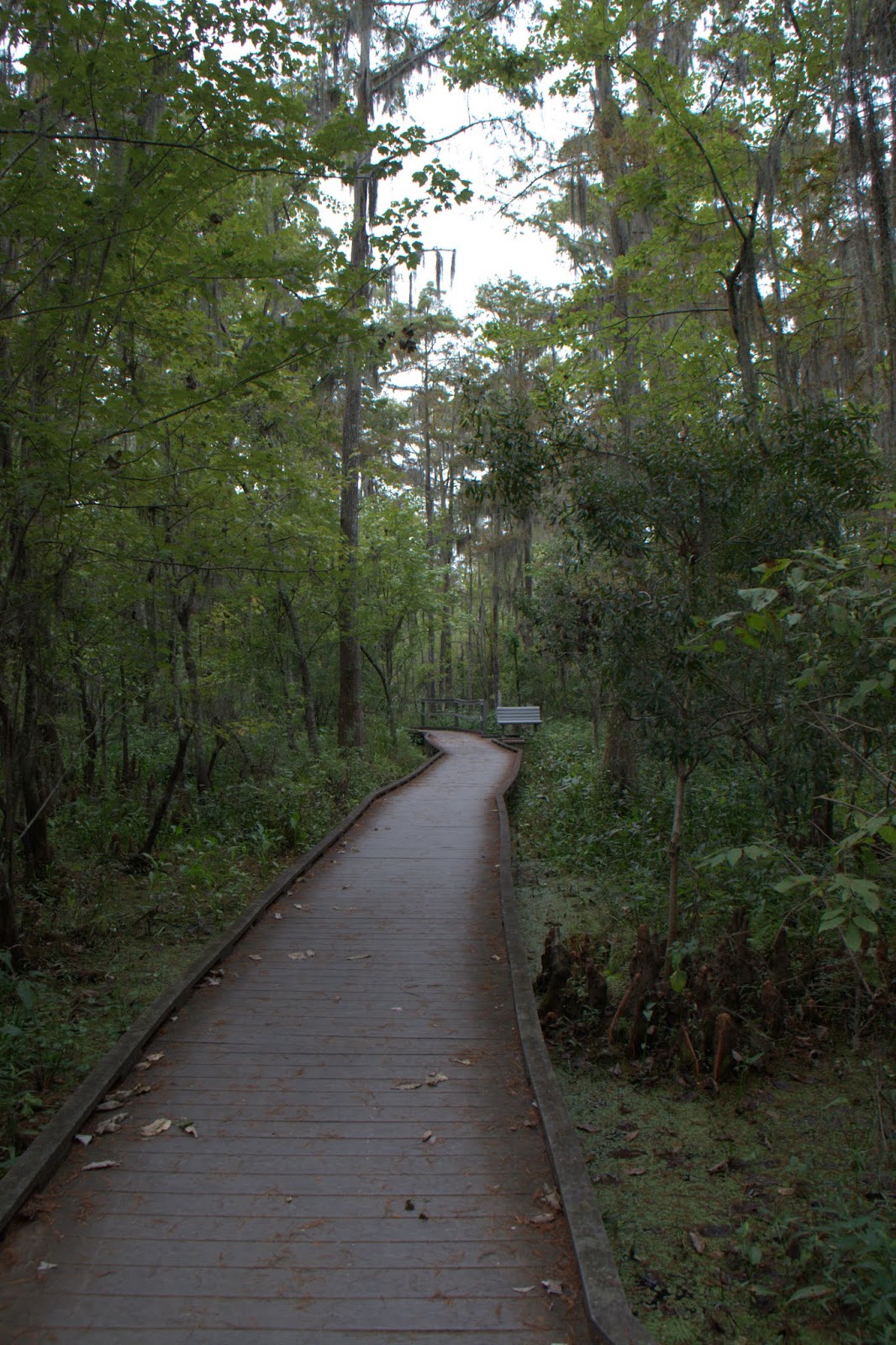 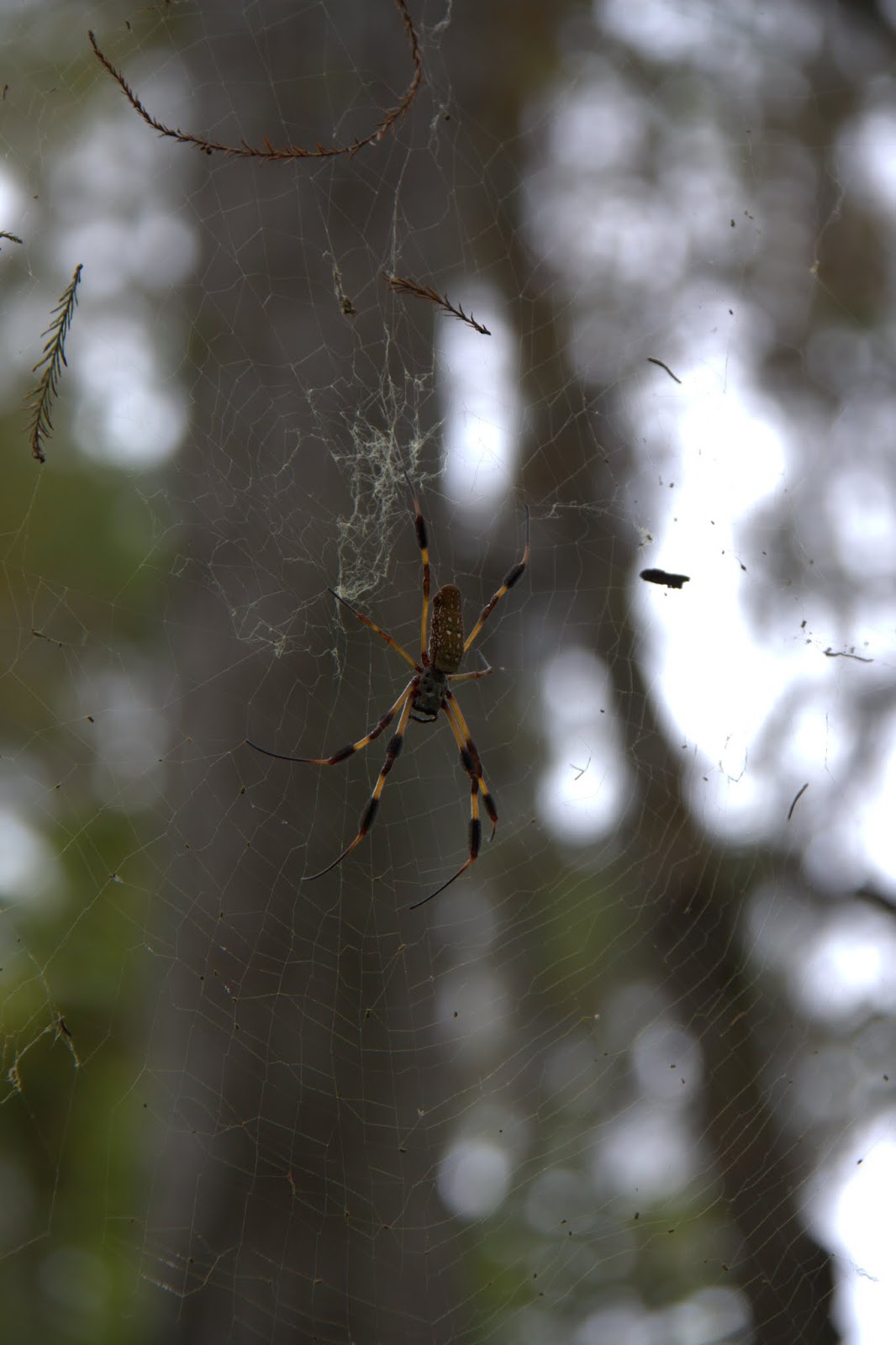 On the last day of our trip, we visited the Make It Right Foundation’s visitor’s center (basically a little pavilion) and walked around the couple of streets where the new houses are located. In case you’re not familiar with Brad Pitt’s pet architectural project, it has garnered a lot of controversy in the architectural community, much of which is summarized here. Essentially, Pitt decided to raise a lot of money to put people back into a neighborhood that no longer exists - most of it is empty lots, having been demolished by the storm - by building homes designed by star architects. The problem is that ten years later, they still have not built all the homes they promised (which were not many to begin with), most of them were over budget, and the homes remain stranded in a poorly-served part of the city with no neighbors or convenient retail. It’s a bizarre place to visit, not to mention that many of the houses themselves are absurd: one is intended to float, all are raised high off the ground because the neighborhood is below sea level, and most are painted crazy colors with crazy angular shapes. I felt awkward taking pictures of people’s homes, so you’ll have to check out the links for images - but please do, so you get the sense of what an odd place this is.

Meanwhile, nearby, but in a different neighborhood, new parks have opened to much critical acclaim, especially the Piety Wharf area of Crescent Park. The Piety Bridge (completed 2014), designed by David Adjaye Associates with renowned local firm Eskew + Dumez + Ripple, is the current centerpiece, which rises over an active railroad to give access to the new linear waterfront park along the river. We went over the bridge and visited the park, which was windy and empty that weekday morning, but seemed to have the potential to be much more active. The biggest drawback, to my mind, was the lack of shading; the park seemed to be exclusively a jogging trail, rather than a truly mixed-use recreational area, since there was almost no shade. Still, as more areas of the park are developed over time, and the plantings and trees grow in, I expect it will gain in use and popularity. 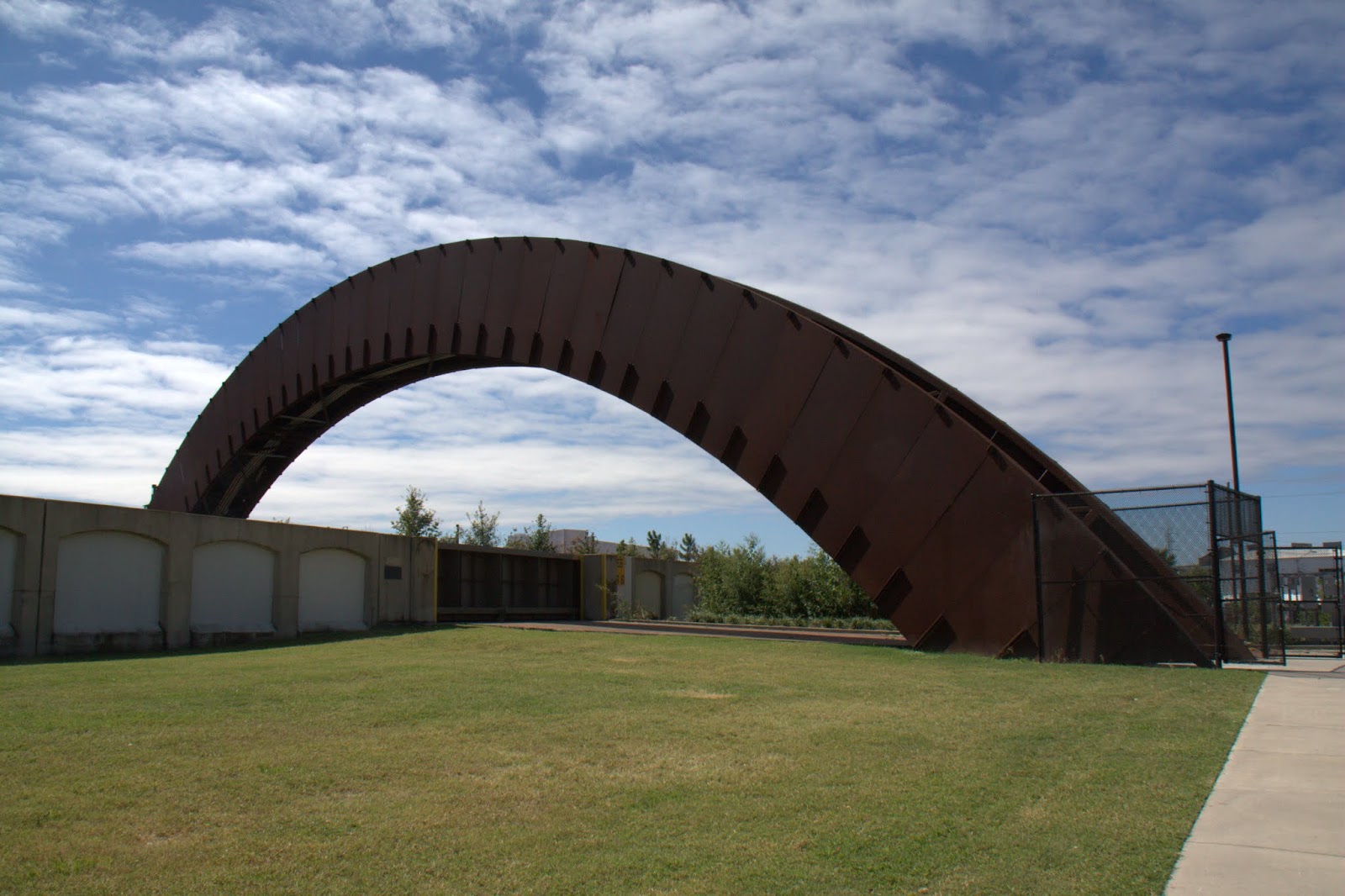 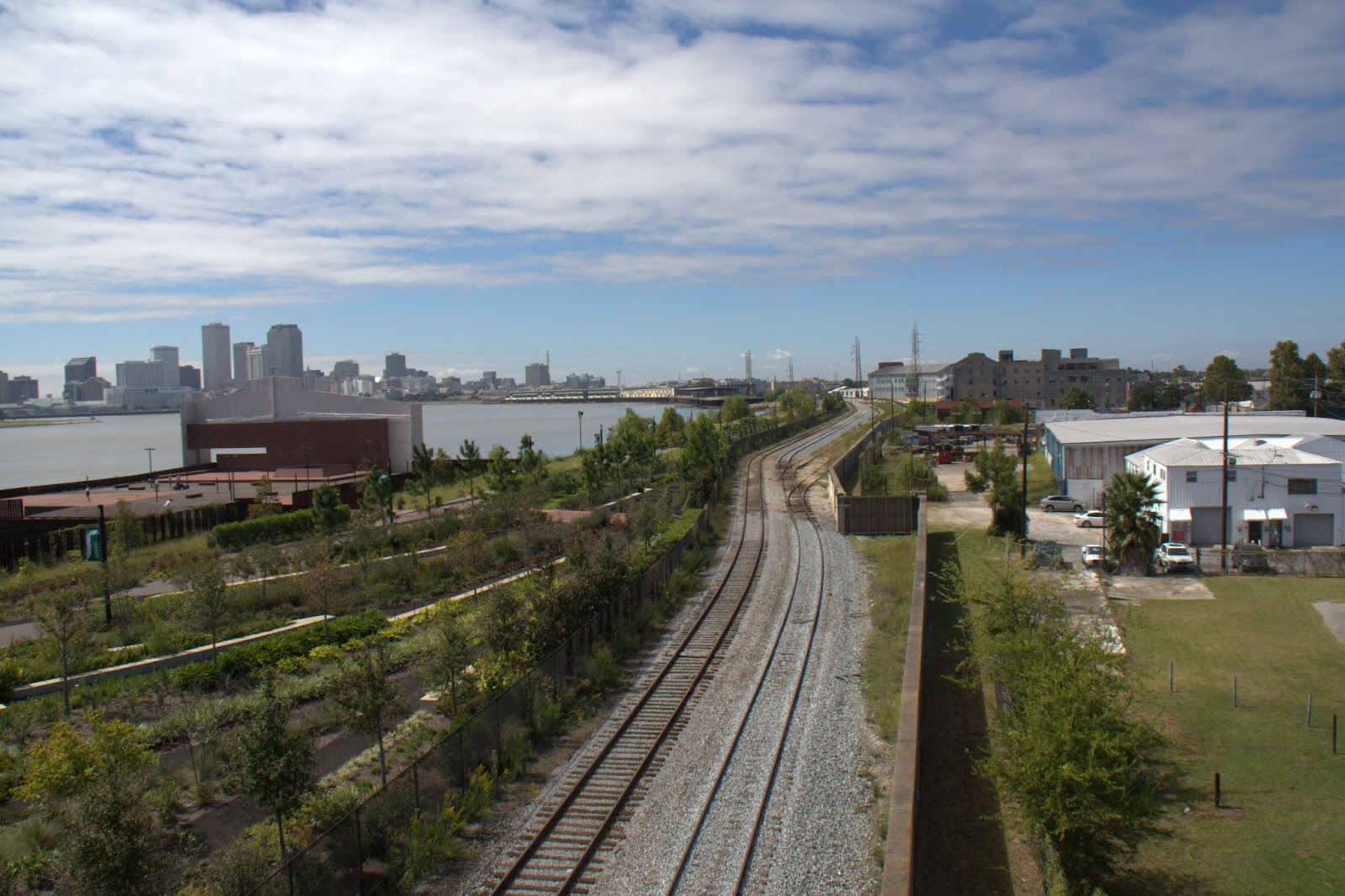 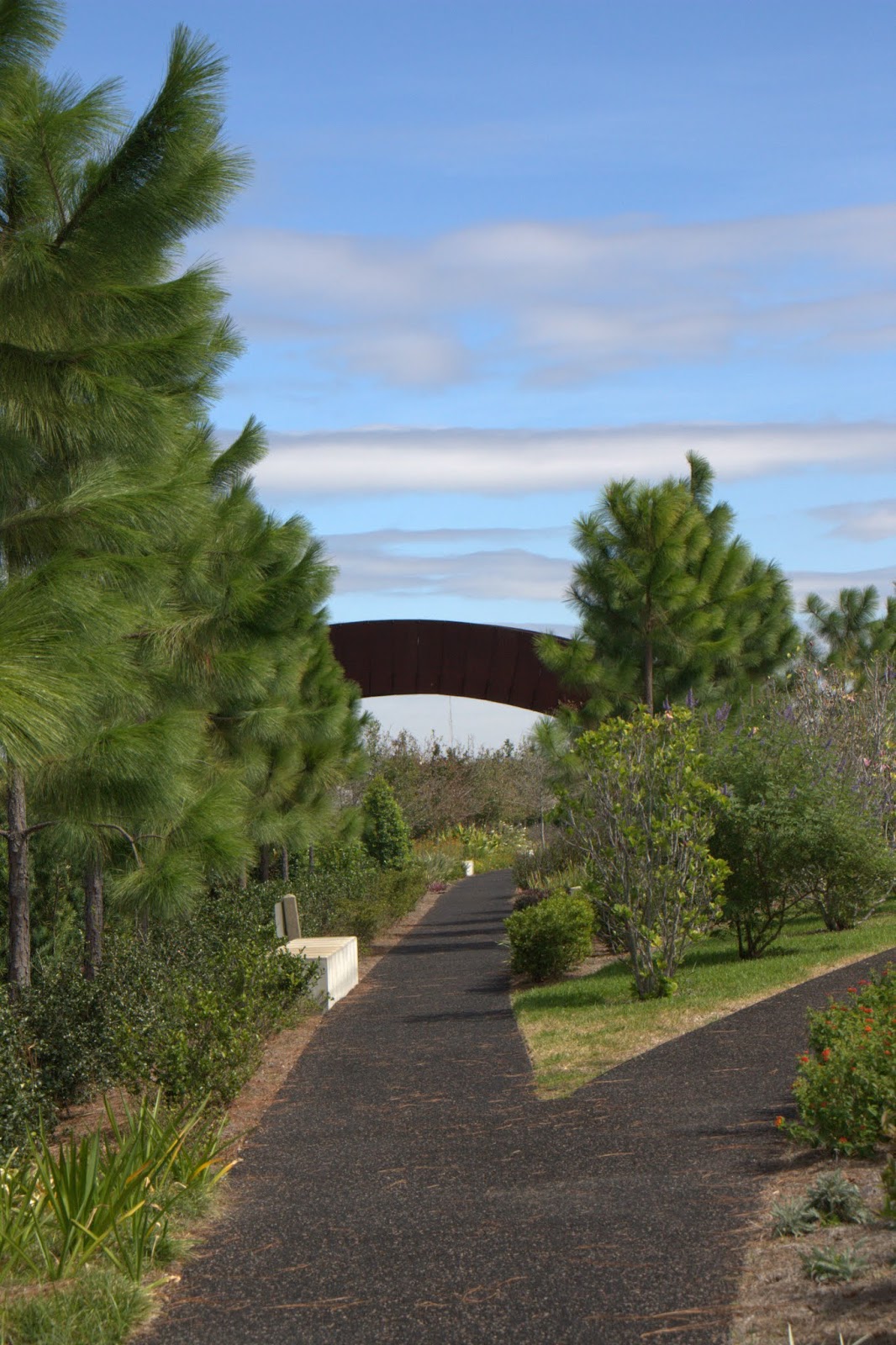 That’s it for our New Orleans trip! My conclusions from the trip were that New Orleans is beautiful, with a varied architectural presence, rich history, and determined residents; but not an attractive place to live, because it is also plagued by persistent racism and class tensions, conflicts between state and local government (read: it is located in Louisiana), a lack of adequate public infrastructure investment, crazy climate (and susceptibility to catastrophic flooding), and conservative Republicans. I am impressed and awed by the tenacity of the good people of New Orleans, who have reclaimed their city after the great disaster of 2005. One can imagine the city could have become a wasteland like Detroit, but that did not happen except in certain areas of the city (the most poor / marginalized areas). Real estate remains relatively inexpensive, since so many residents never returned, but the city’s culture continues on. I hope to get the chance to visit again some day to see what continued changes and hard work are able to accomplish in this unique city.