Architectural Agents: The Delusional, Abusive, Addictive Lives of Buildings (2015) by my undergraduate architectural history professor, Annabel Jane Wharton, is an imagining of what it means when we say that buildings “act” or “do things” in the world. Architects and architectural historians like to think that buildings are active – taking roles in the built environment, shaping human action – but if pressed, we might not be able to say exactly what we mean by that. Of course buildings don’t move or act in a traditional sense, we’ll say. But they can enable, or conversely, proscribe limits to, human action. In her introduction, Professor Wharton goes further, exploring the agency of buildings as grounded in their unique, embodied, historical characteristics, which allow them to have distinct social and political effects. Wharton writes,

“Now, as in the past, buildings may be immobile, but they are by no means passive. […] [M]ost buildings, like most people, can both confirm our familiar patterns of behavior and modify them. We build a classroom to accommodate a certain kind of learning; the classroom in turn molds the kind of learning that we do or even that we can imagine. Modifications in the room might lead to innovations in teaching practice. Buildings, in this sense, certainly have social agency. Indeed, the acts of buildings may be compared with the acts of their human counterparts insofar as those acts are similarly overdetermined–that is, fraught with more conditions in their social circumstances or individual histories than are necessary to account for the ways in which they work.” (xix)

I think this way of thinking about buildings is distinctly helpful for architects. Too often we talk about how we can create social change through novel spatial relationships or by adding “collaborative space” without stopping to think about how this actually works. Of course the building alone can’t do much; it is the building’s interaction with human agents that causes it to have positive or negative social effects. A case in point: Compare the histories of “tower in the park” projects, and you’ll see how architecturally similar buildings have encountered drastically different results depending on how their inhabitants have used them. And yet, the precise spatial organization of the building, its physical effects on the environment, its relationship to other buildings, etc, do have measurable effects on human action and thought. This argument can both support architectural work, in providing a basis for its significance, and restrain us from thinking that architecture can do more than it can. 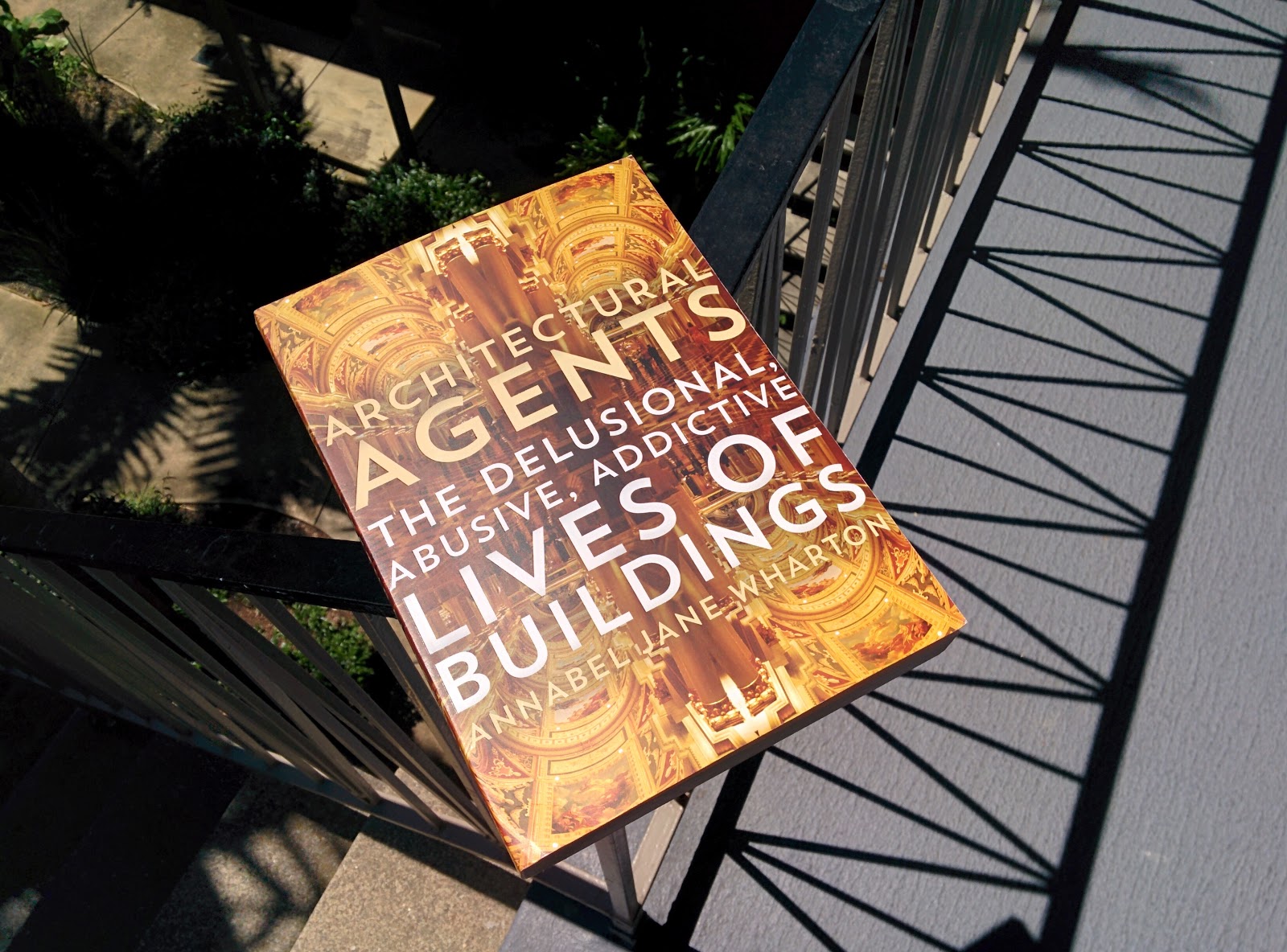 The body of Wharton’s book explores six case studies of buildings that have encountered / been victim of / contributed to various life-altering events: murder, despoliation, disease, or addiction. The case studies show how the changes in the buildings' status and structure have generated negative or positive effects on their users. Wharton describes the first case, the Cloisters in New York, as a “murder” because the Cloisters was built from fragments of medieval European buildings that were forcibly taken from their original, often still functioning, locations. She argues that the medieval pieces now on display were not meant to be viewed as artworks, but as parts of a sophisticated whole, and removing them from that whole destroys their ability to act: “A Mondrian can act much the same way in the Museum of Modern Art as it once did in the living room of the patron for whom it was made; a processional cross is not allowed to behave in the museum as it did in a church” (29). Further, the orphaned pieces can no longer tell a coherent story to the museum’s visitors, giving them a misguided understanding of the pieces' history, and concealing the violent acts that brought them to the museum.

Wharton’s other chapters are equally fascinating as a social / biographical history of specific buildings. The rest of the book covers the Palestine Archaeological Museum in Jerusalem (“Spoils”), the Hospital de los Reyes Catolicos (“Amnesia”), the American Colony in Jerusalem (“Urban Toxicity”), Las Vegas casinos (“Gambling”), and the virtual spaces of Assassin’s Creed and Second Life (“Digital Play”). In the Conclusion, she turns to the Chicago Tribune Tower, site of another bizarre set of spoils from the ancient and medieval worlds. Weaving all of these disparate sites together is an understanding of how they have been active, agents of their own ends, despite and in reaction to whatever changes we humans have made to them over the years.

If you are interested in understanding how buildings can and do act in the world, in more than a superficial sense, then I recommend Architectural Agents as a way to begin thinking about this problem. As Wharton writes, “Architectural Agents investigates the ontological status of buildings as embodied agents […]. [I]t also makes the case that buildings exert a force on the world independent of human intention or even human consciousness.” (xxi) Walking the line between giving buildings too much agency and too little can be a difficult one, although it is important for a profession that makes claims every day about the significance of its production – buildings – in the world. Besides that, the buildings Wharton chooses to investigate have amazing histories, and are worth reading just for an understanding of how much buildings can change over time.

Professor Wharton teaches medieval and modern/contemporary architectural history in the Art, Art History, & Visual Studies Department at Duke University. Her famous short-word-count essay assignments helped me learn to write better than any other art history assignments. I will always remember struggling to read Deleuze & Guattari in her class, whilst discussing Second Life.