Houston, We Have a Program - Part 1

The following post was written in early June when I started at TIP - but I didn’t have time to complete it. The rest of my TIP posts will be written now, in late July / early August, after the fact.

It feels crazy to write it, but I’m back at summer camp, and not just any camp, but Duke TIP. I’m here at Rice University in Houston for the month of June, living in the dorm, eating cafeteria food, and re-acclimating to the heat and humidity. This time, though, I’m going to be the adult in the room, teaching a class of 8th to 10th grade students on “Architecture in the Urban Environment.” Maybe we’ll call it CityLab for short, because that sounds cool. [Edit: we didn’t call it that. Oh well!]

I’ve been here a few days and have managed to get off campus most days, if only for short distances. I walked to the Museum of Fine Arts - Houston (MFAH), the Contemporary Art Museum - Houston (CAMH), and the Menil Collection. Since Rice is located adjacent to the city’s Museum District, museums are about the only thing within walking distance, and almost none of the staff have cars. This means I’ve walked about 5 miles a day since arriving. The MFAH has a Yayoi Kusama exhibit going on, which I was lucky enough to wander into during the preview, so I got to see both immersive environments without having to make an advance reservation or anything! I only took photos in one, though, because the other one wouldn’t make sense in a photo. It’s truly something you need to experience in person. One of the best things about Houston so far is that most of the museums are free, probably thanks to the many wealthy (oil-funded) donors here.

Here are some photos from the art museums: 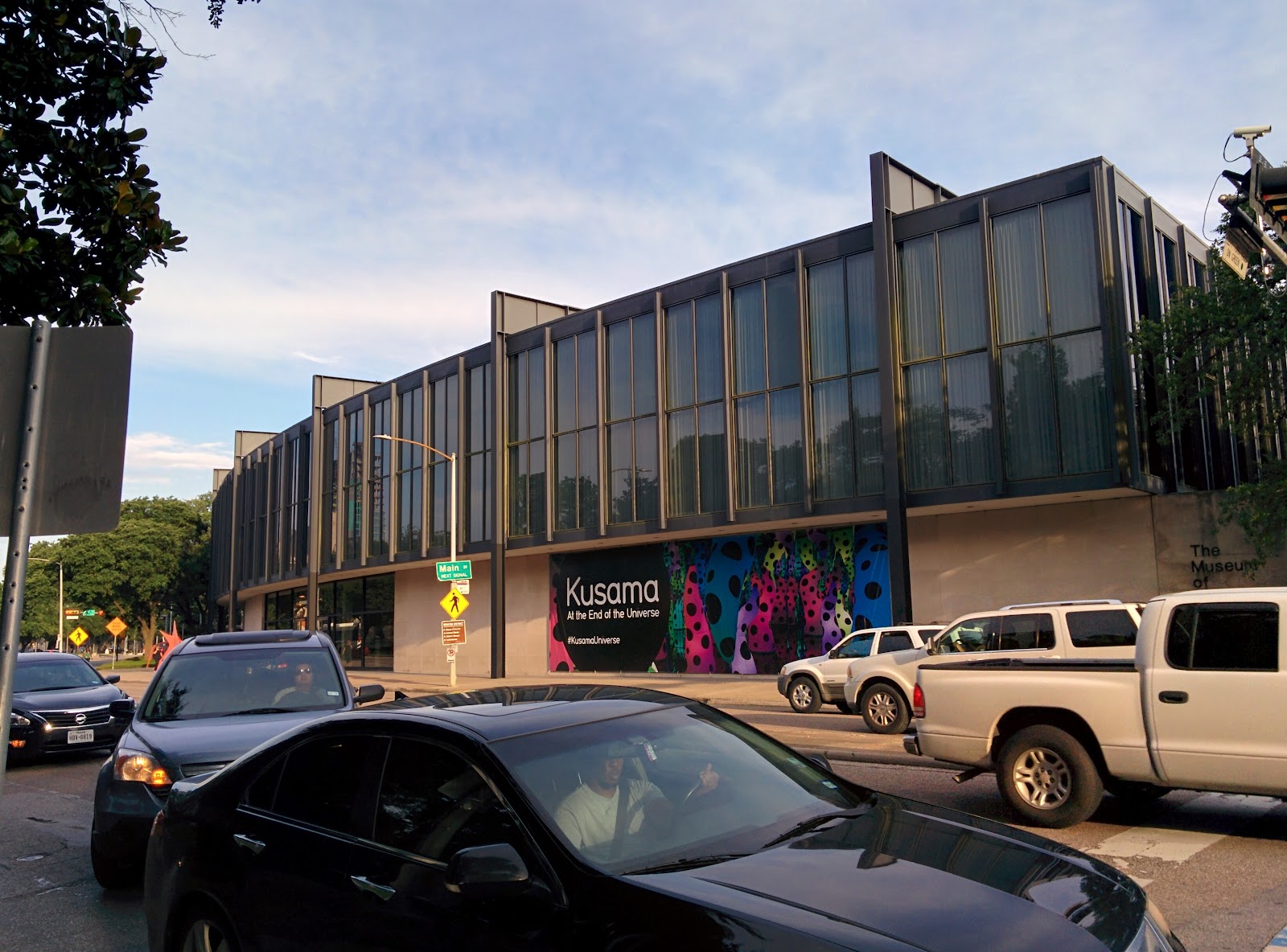 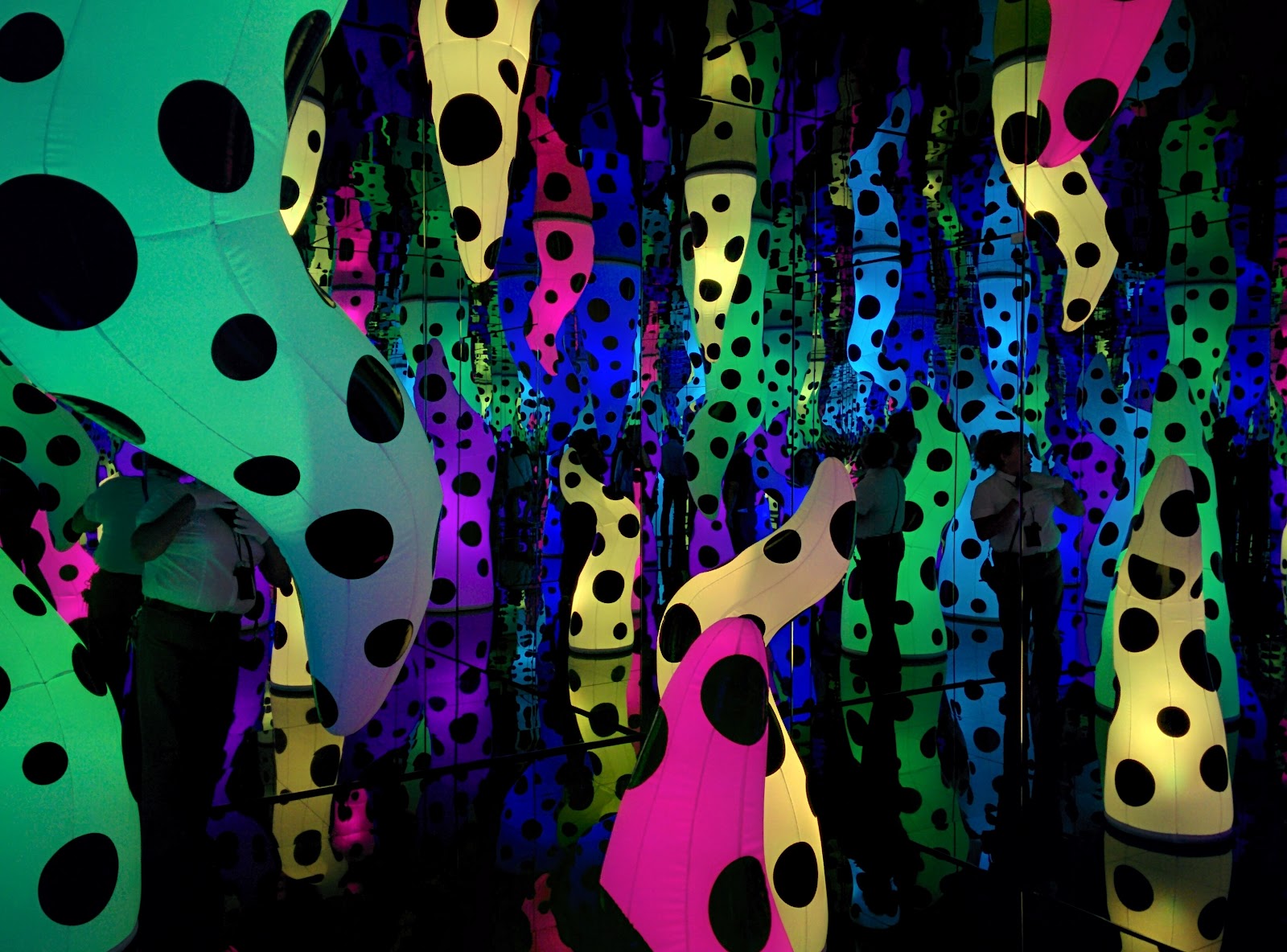 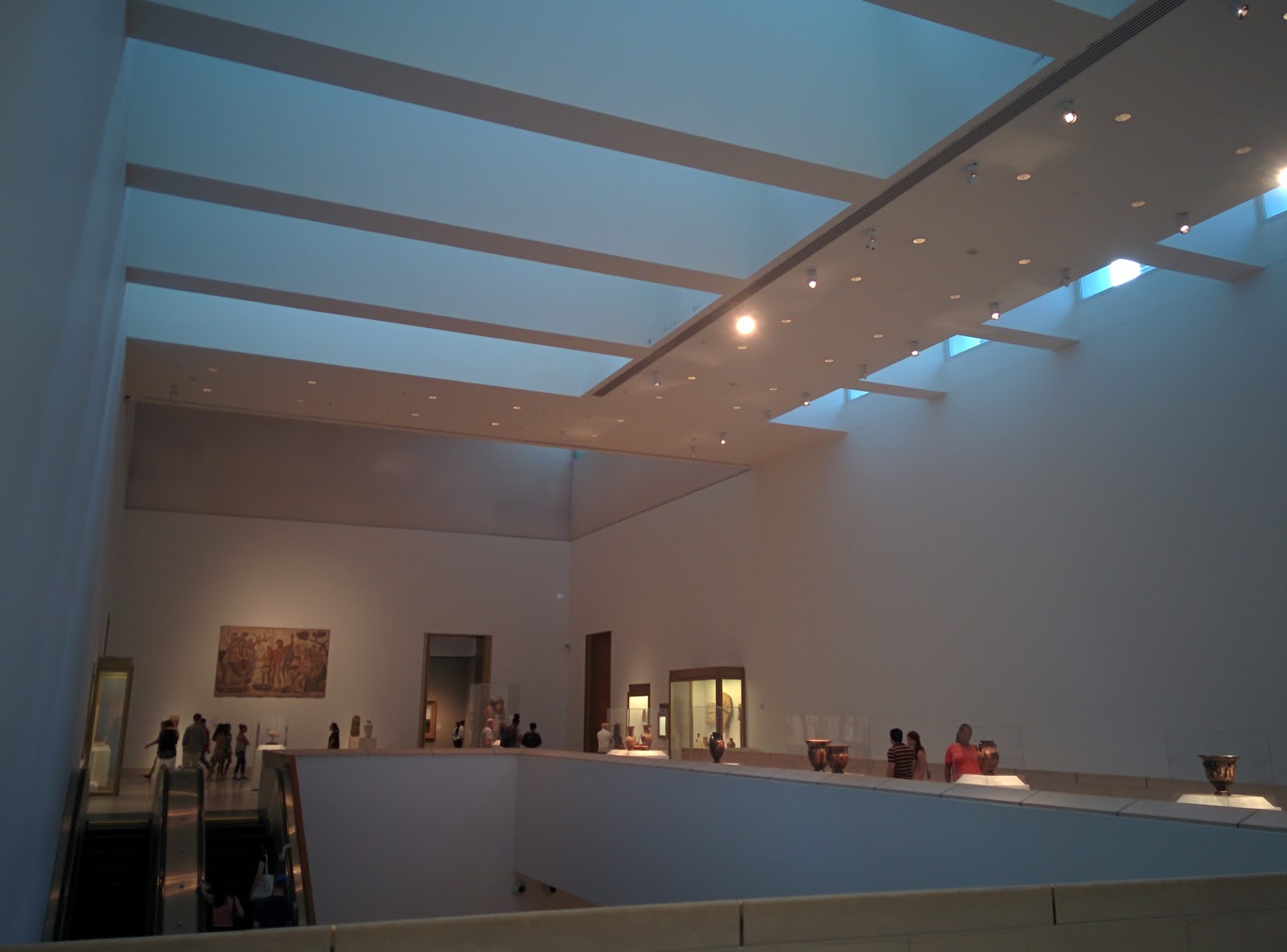 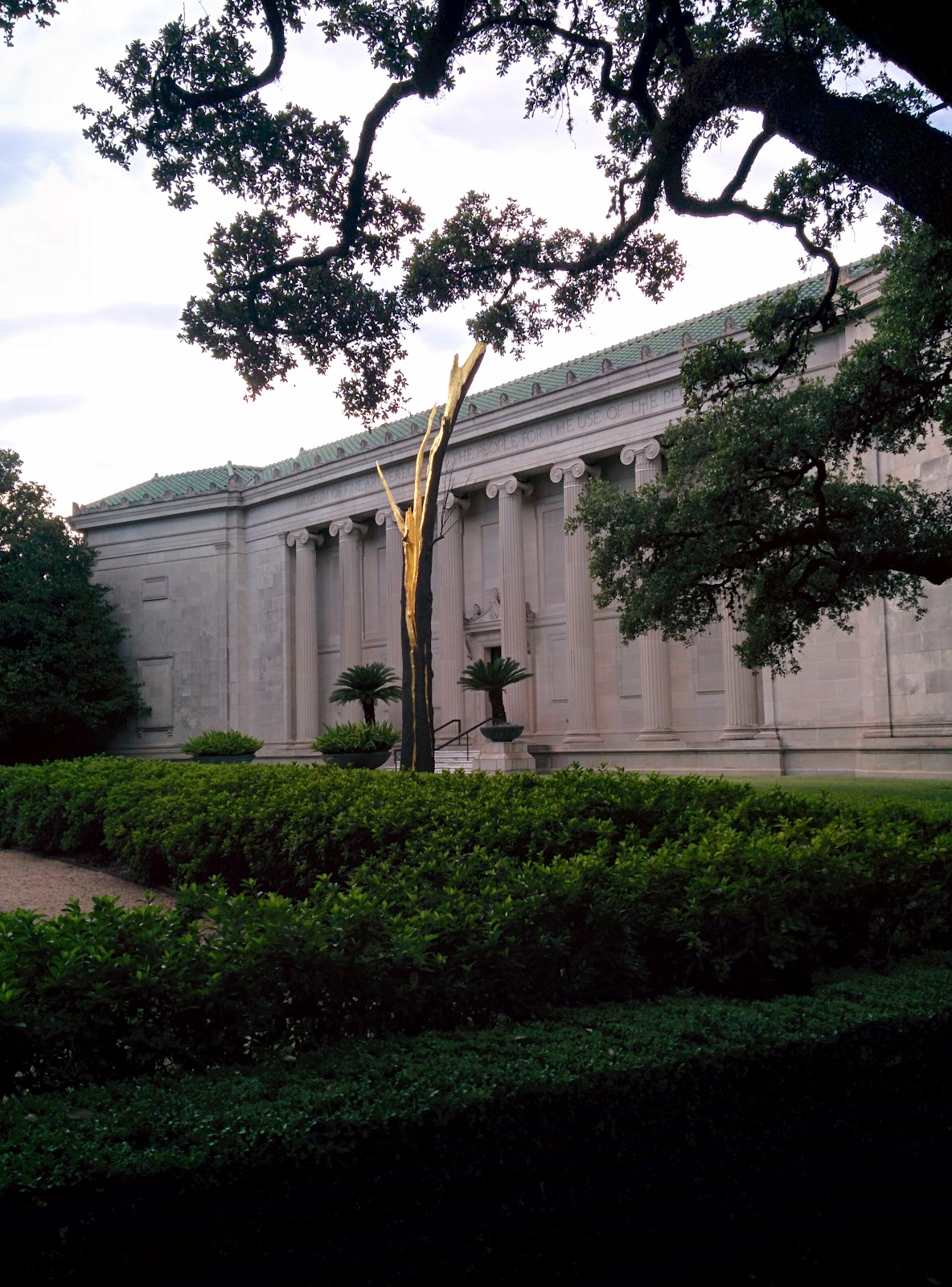 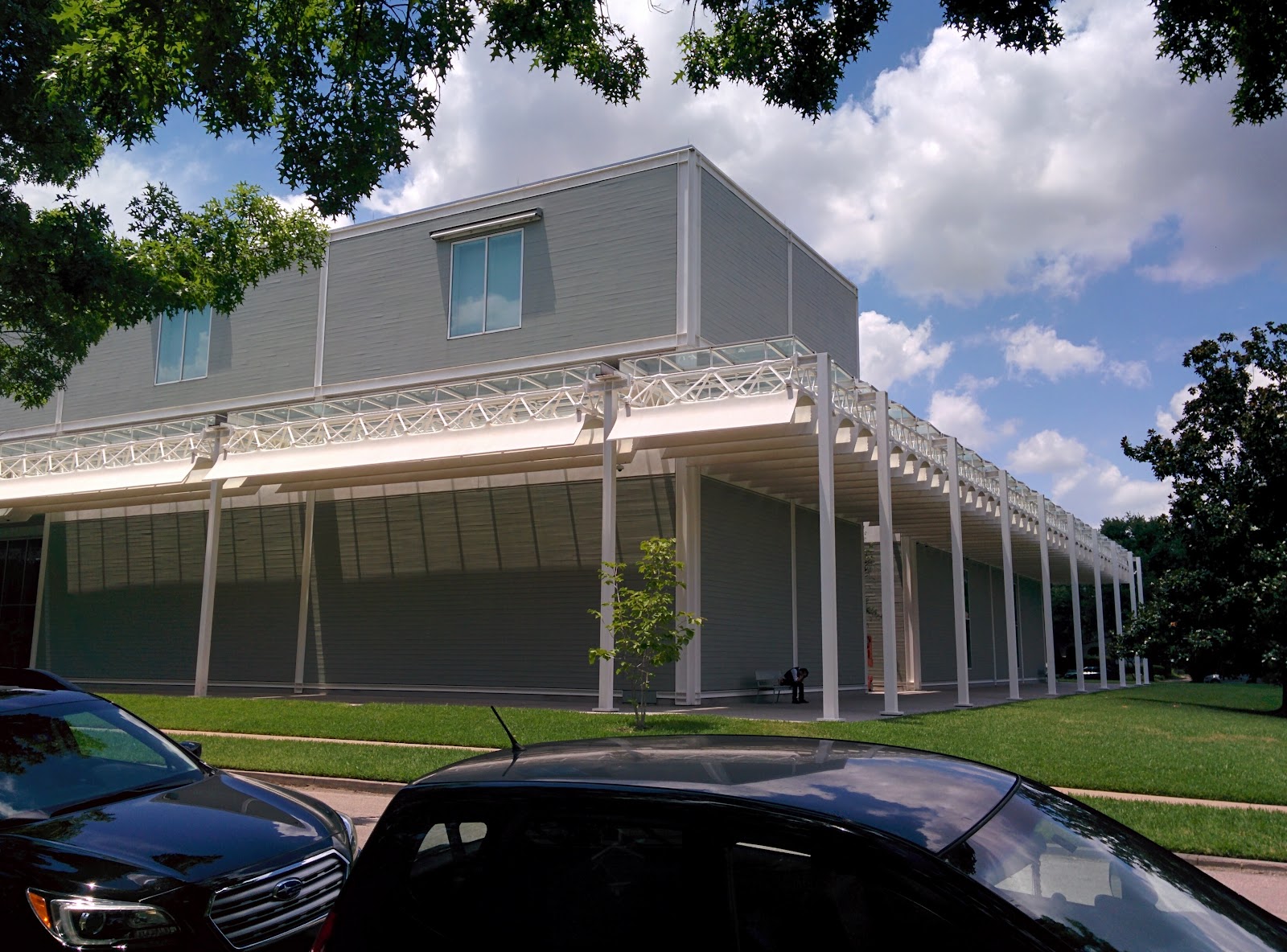 And here are a few thoughts on the Rice University campus so far: 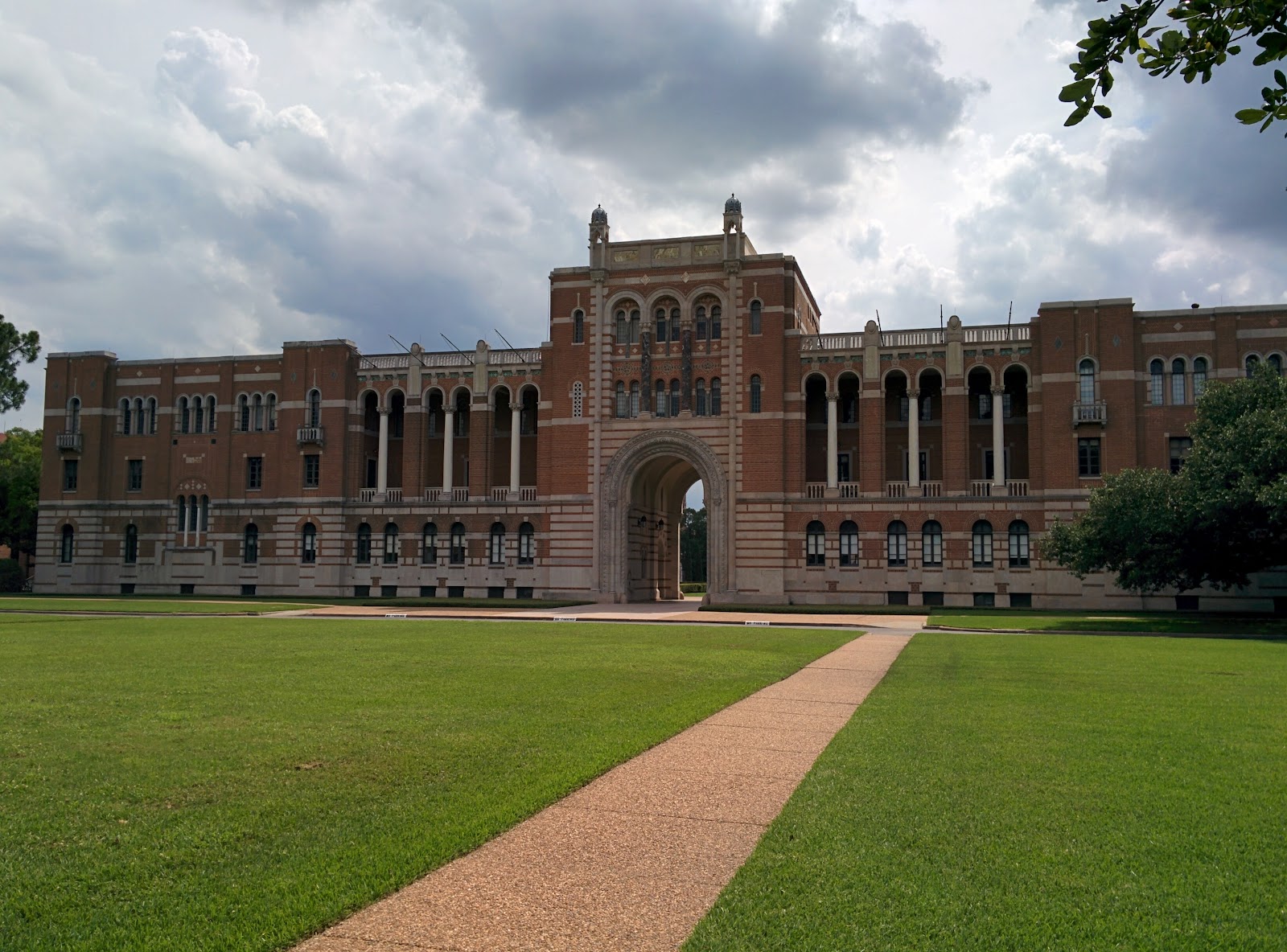 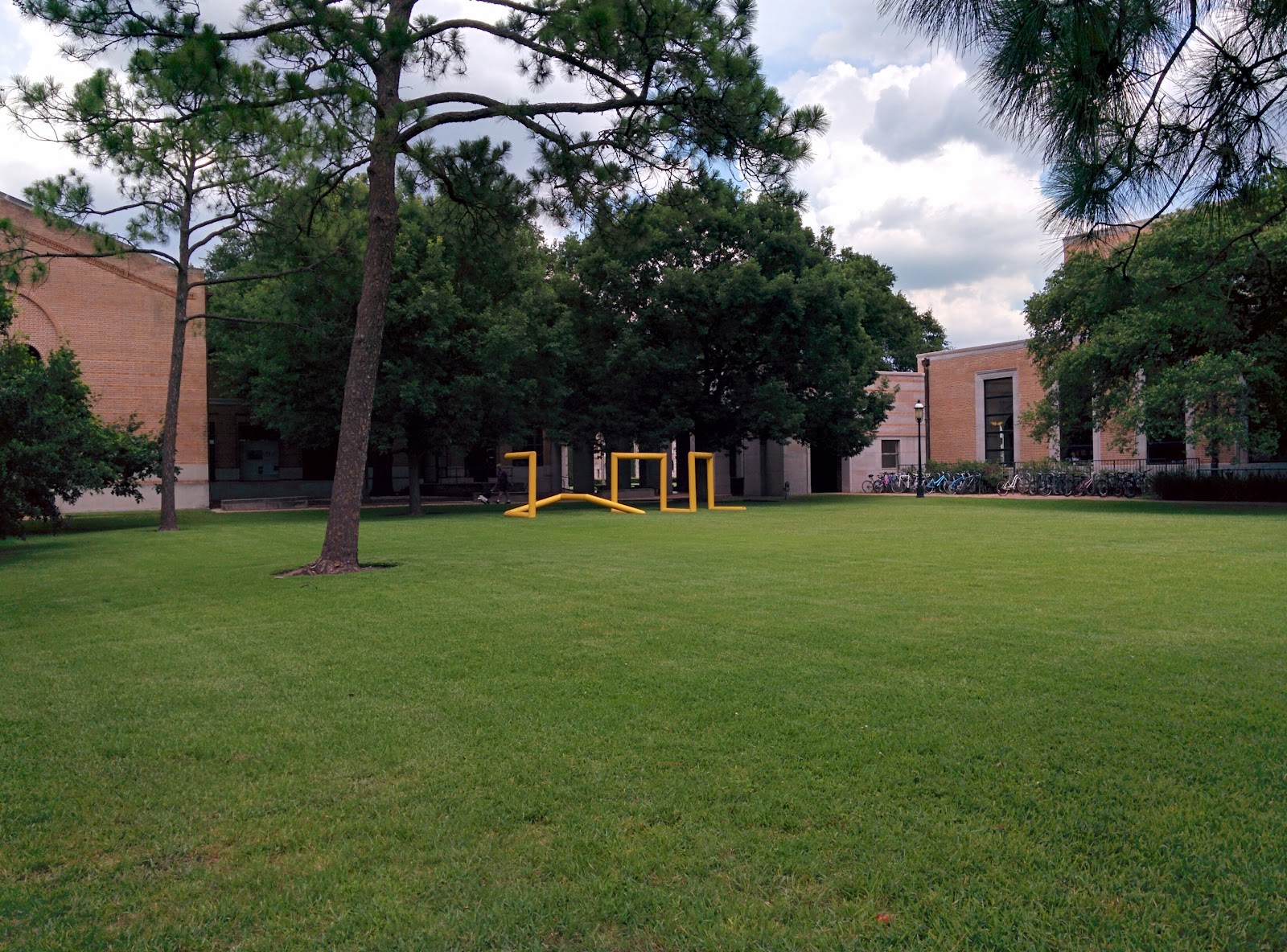 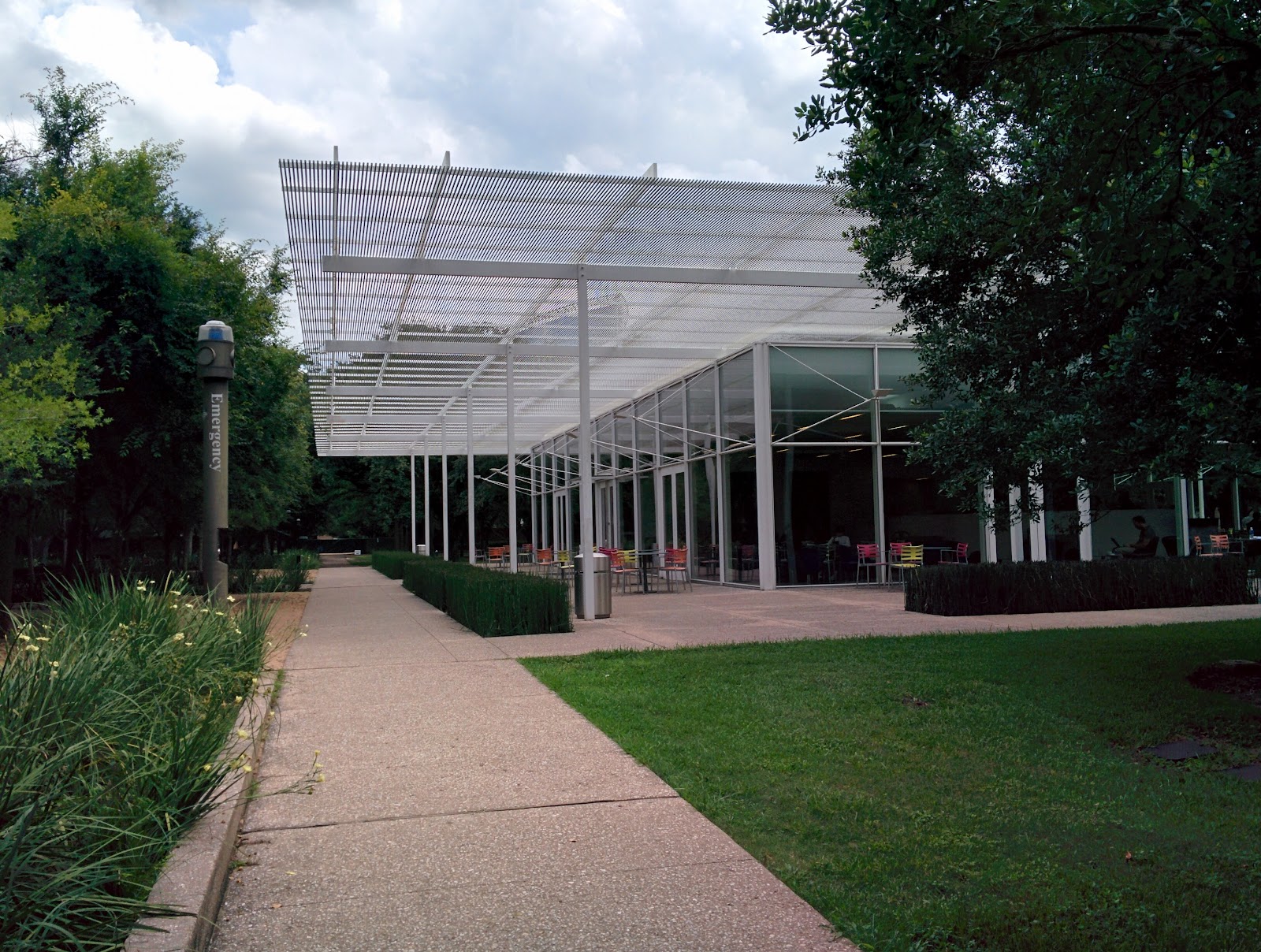 I shouldn’t neglect to mention my visit to the James Turrell Skyspace, “Twilight Epiphany,” which was an interesting experience. This site-specific installation on Rice campus seemed a bit dilapidated; the roof edges were not as crisp as they should be. However, the changing light sequence was soothing and we enjoyed watching the reflected glow of the sunset on the downtown buildings. I’d recommend getting there early enough to snag a seat in the lower part of the structure, which we were not able to do. I expect that the effect is better from there. 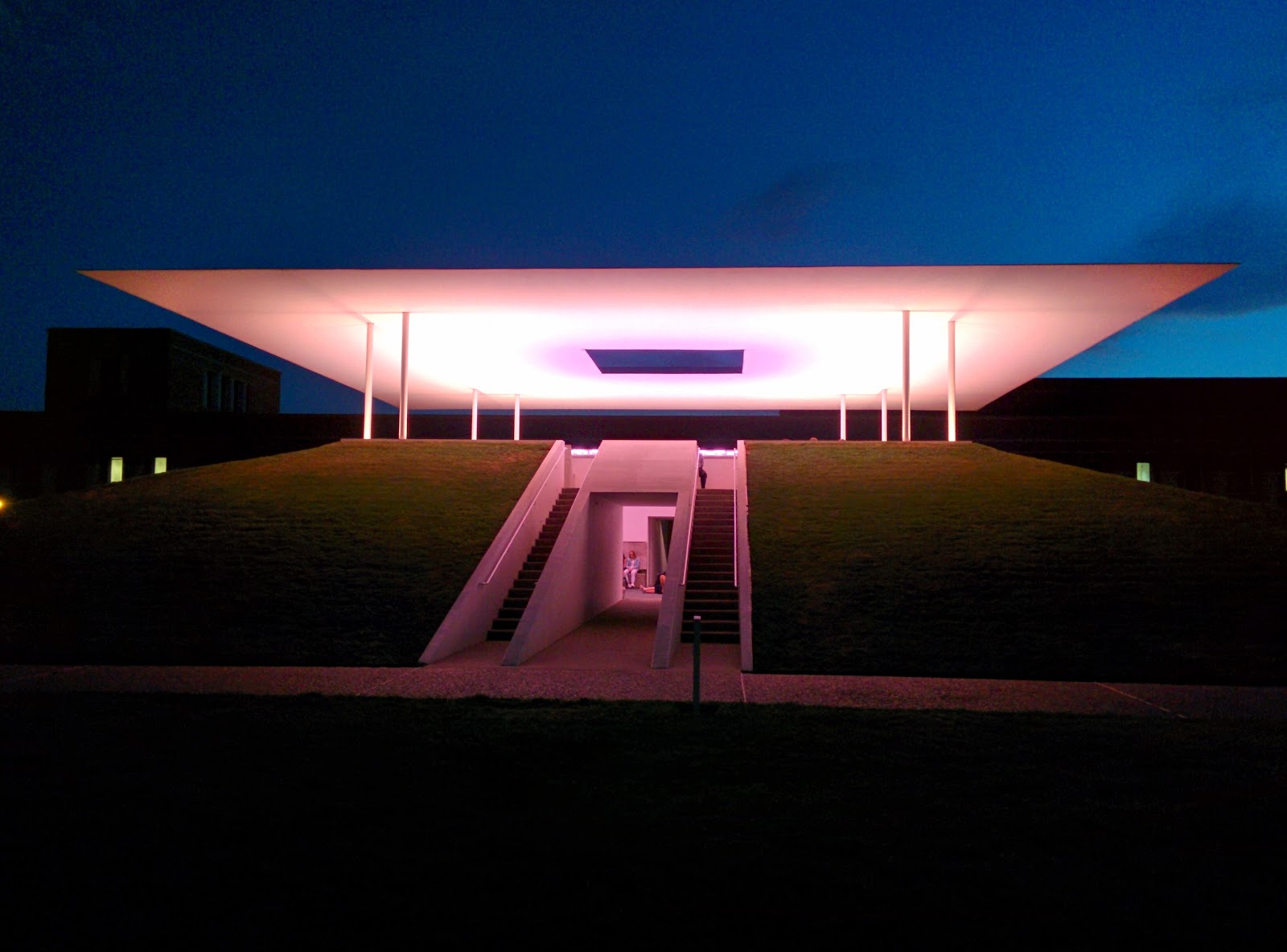 Next up - the start of class, and assorted side trips! All this and more, in Part 2.