Back in February, I decided that the thing I wanted for my birthday was to visit Julia Morgan’s Hearst Castle. If you aren’t familiar with architect Julia Morgan, then you should fix that right away. Two years ago she was awarded the AIA Gold Medal, posthumously, as the first woman to receive this significant prize. (Many of us wondered why the AIA couldn’t find a living woman architect to be awarded, but that’s a story for another post.) She’s generally considered one of the most important architects of the California Arts & Crafts movement of the early 20th century. She was the first woman admitted to the French Ecole des Beaux-Arts, the most prestigious school of architecture of the European academy system; the first woman licensed in architecture in California; and one of very few women architects practicing in this country in the early 20th century. Hearst Castle is considered one of her masterpieces. 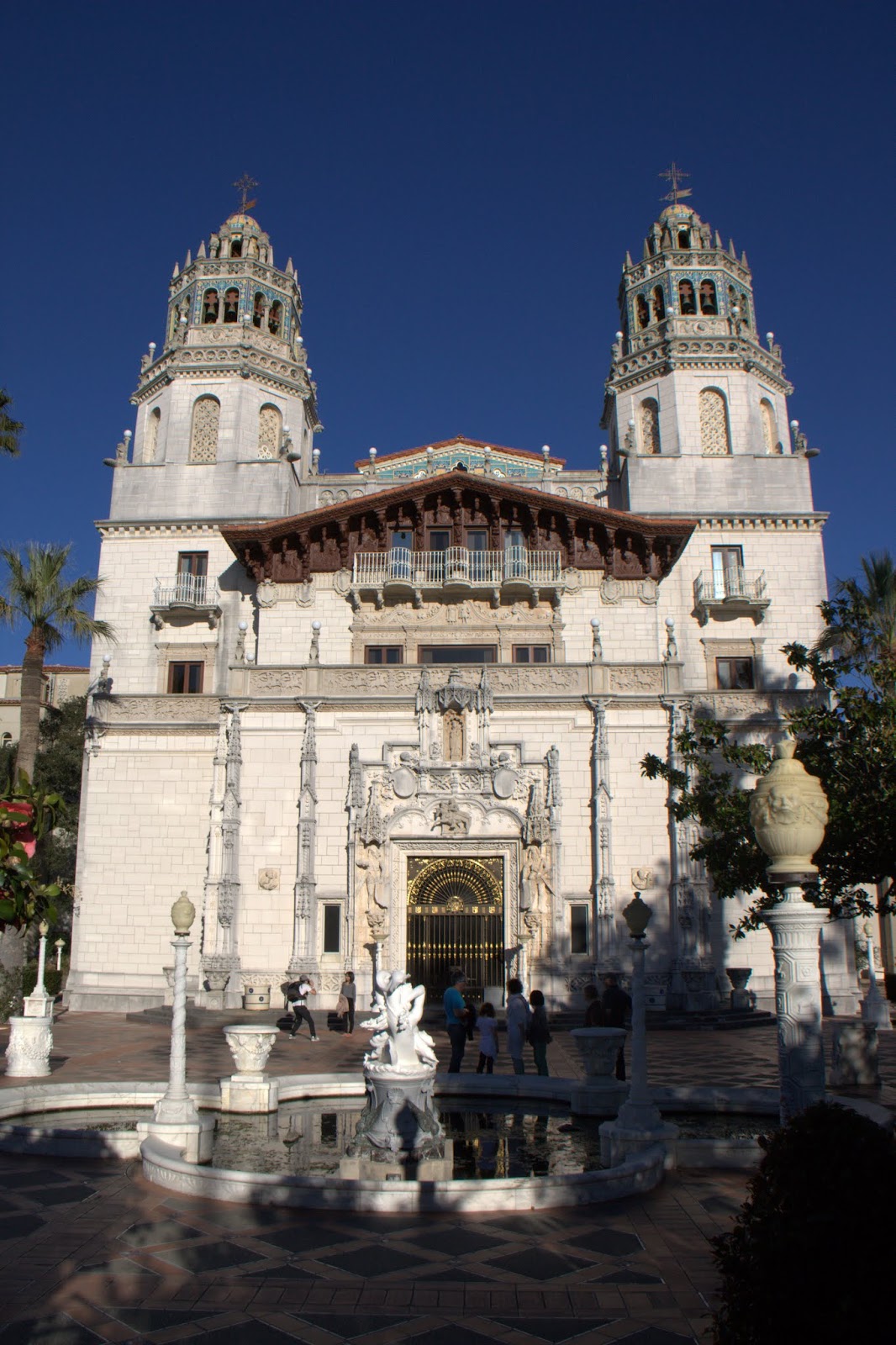 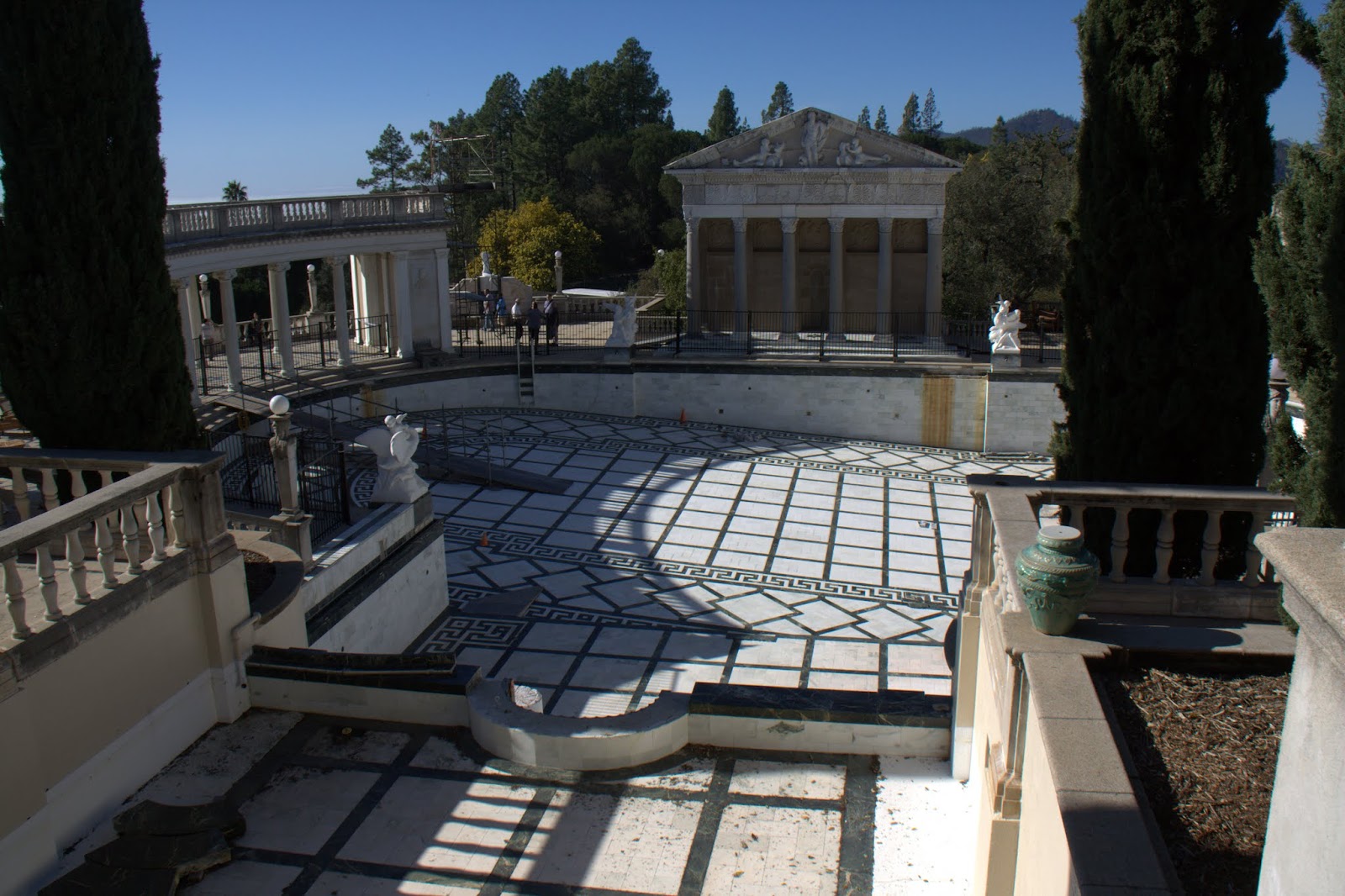 Unlike many of her buildings, which were homes, community centers, university buildings, and religious buildings in the midst of communities, Hearst Castle was built in the middle of nowhere as a retreat for publishing magnate William Randolph Hearst, who was a major patron of Morgan’s. The mansion (officially called La Cuesta Encantada, or The Enchanted Hill, by its owner) is perched atop a hill overlooking the Pacific, six hours south of San Francisco. These days, it’s operated by the state, as part of the state park system, with a massive visitor’s center at the bottom of the hill, and buses to take visitors up to the property. Visiting is by guided tour only, probably both because of the complete lack of parking (thus the buses) and to control the quantity of visitors stomping around. 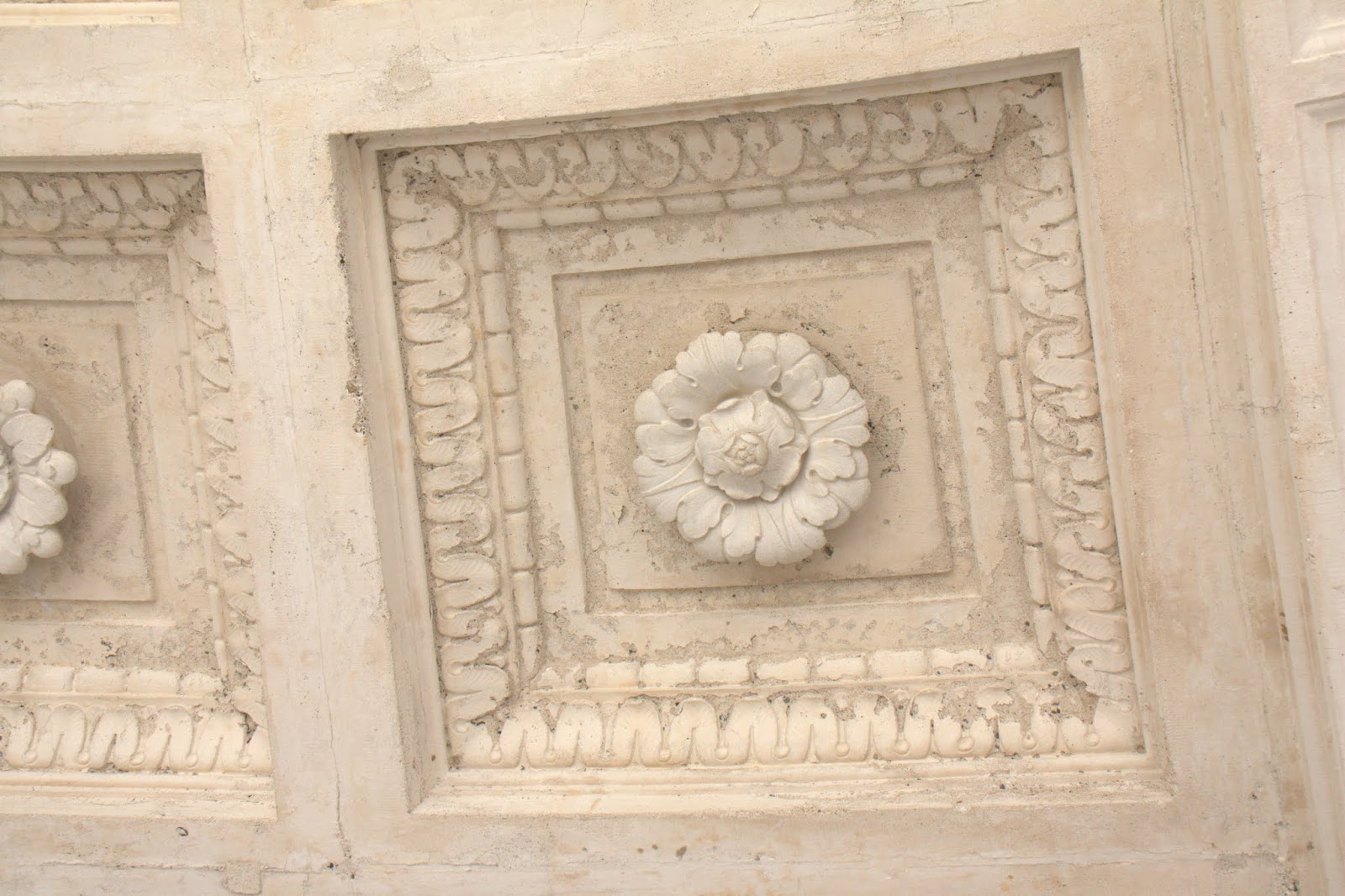 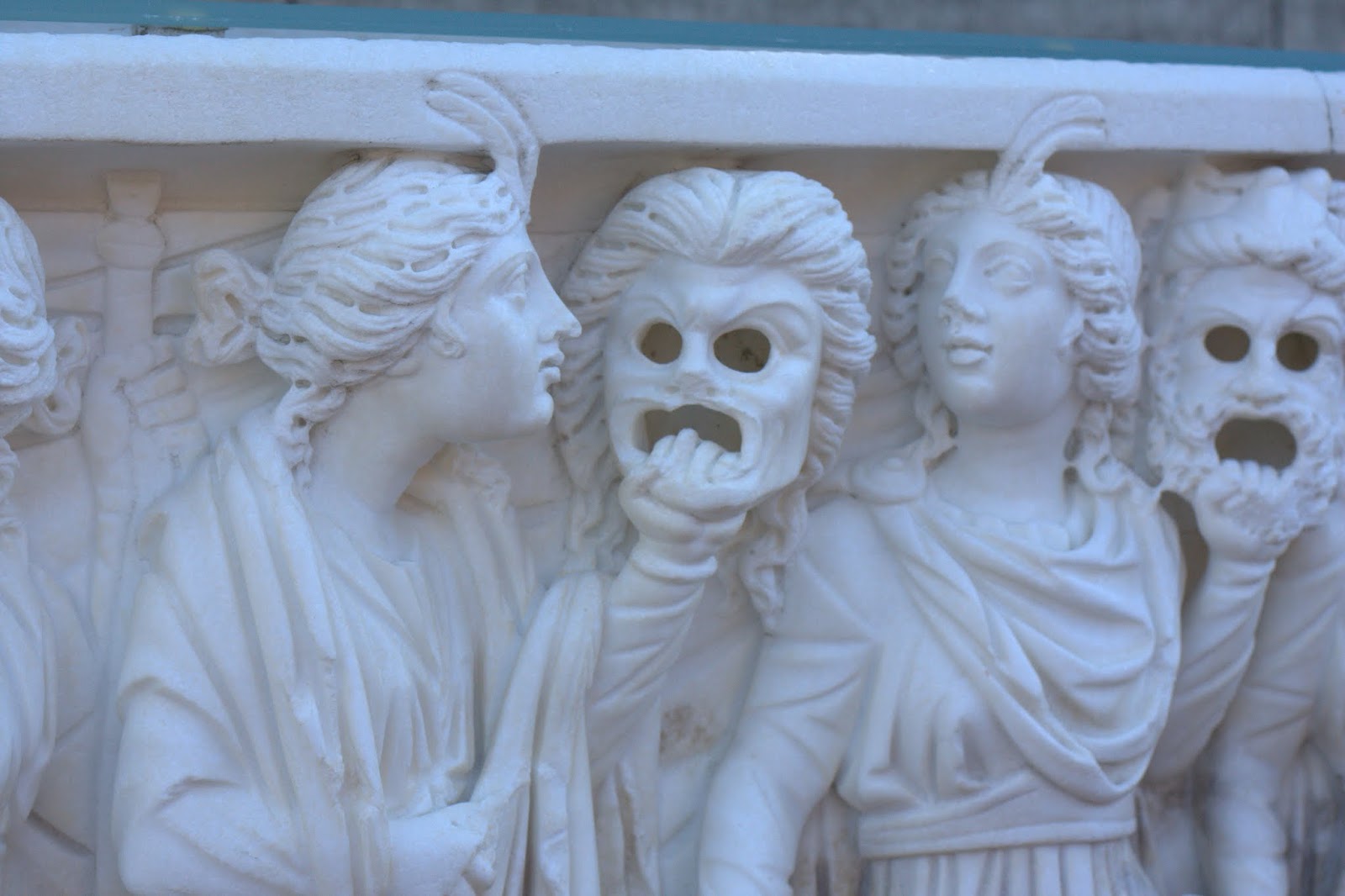 My birthday falls around the long weekend of President’s Day, so that was when we took the trip. We drove down to Cambria, a bit south of San Simeon where the mansion is located, and stayed at the Cambria Pines Lodge. It’s a nice place to stay although our particular building wasn’t the newest or nicest on the property. It has some walking trails and adjacent gardens, which we strolled through before we left. From there, it was a short drive to the visitor’s center. We also checked out the Red Moose Cookie Company after lunch in Cambria, which was a shop set up inside what appeared to be an industrial storage building. The cookies were fantastic; we tried the Root Beer Float ones as well as the Pumpkin Moose Pie. It’s definitely worth finding this place (follow the signs from the road…) if you’re ever in Cambria. 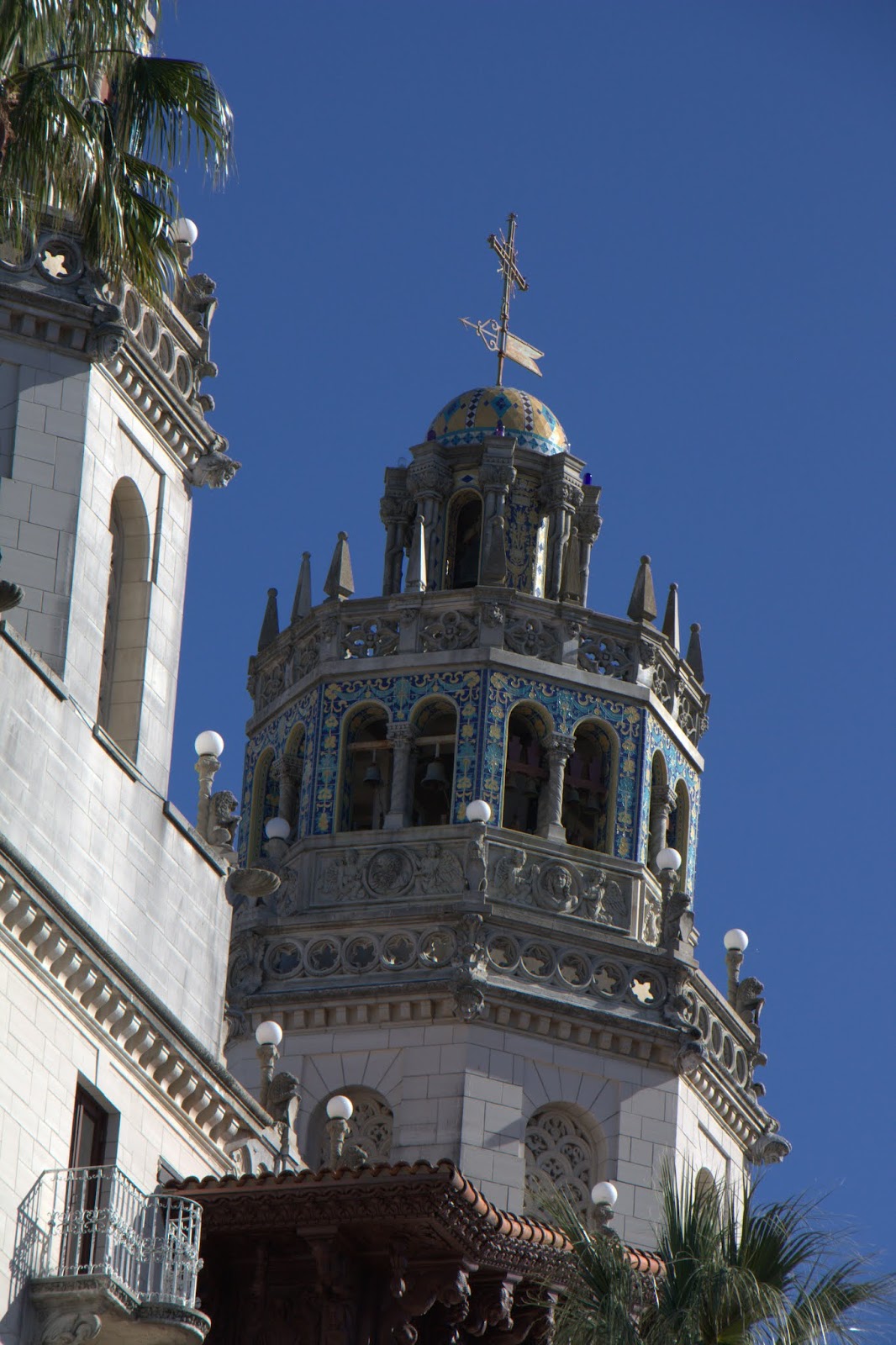 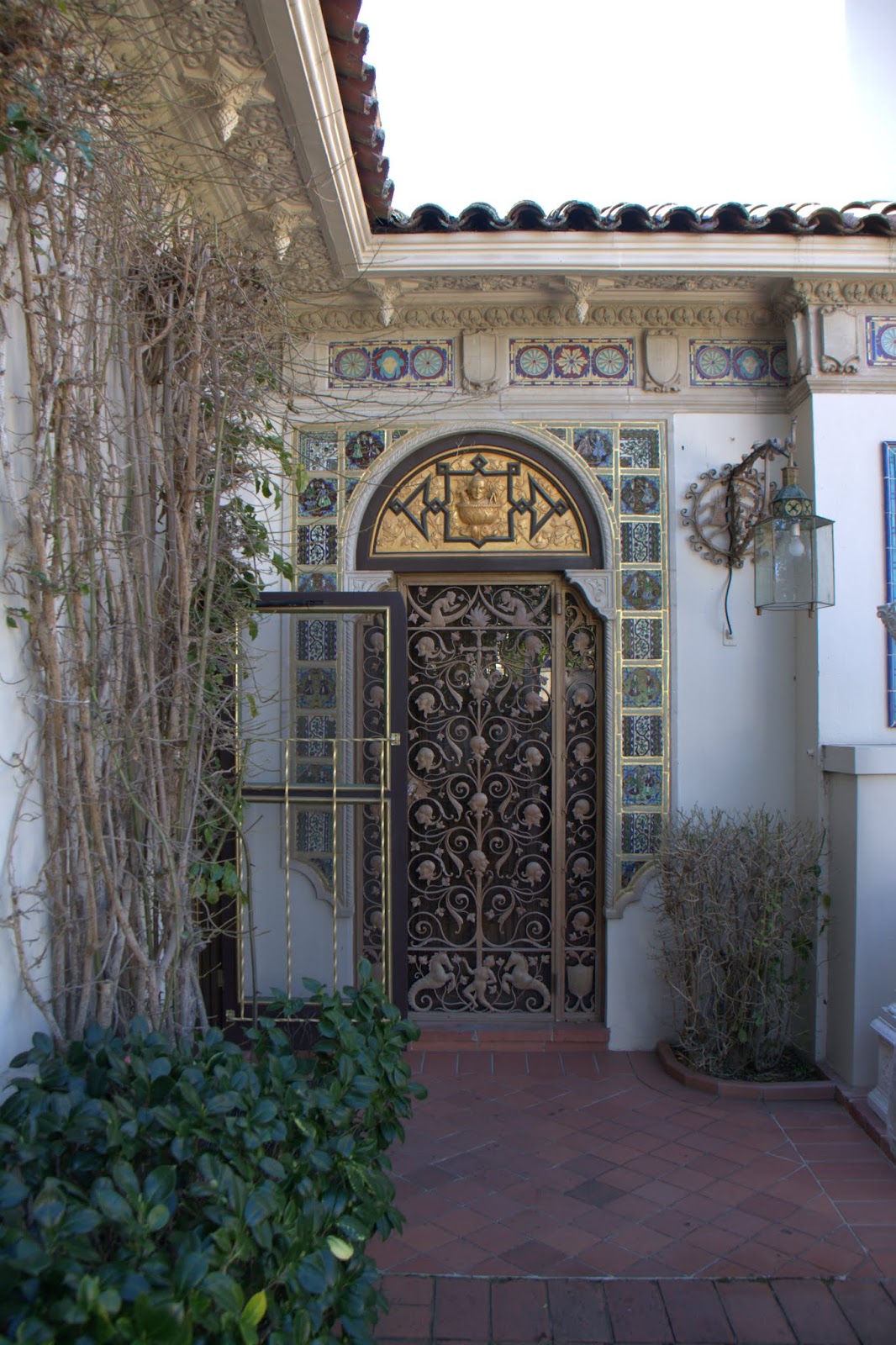 We took the “Designing the Dream” architecture-focused tour, which let us go inside some of the guest buildings and back-of-house areas. In retrospect, we should have signed up for two back-to-back tours so we could also have seen the inside of the main building. After the tour, you can wander around the grounds as long as you’d like. The detailing on all the buildings was truly impressive, and the views of the ocean are lovely. The ceilings of the various rooms were some of the most impressive parts of the buildings. 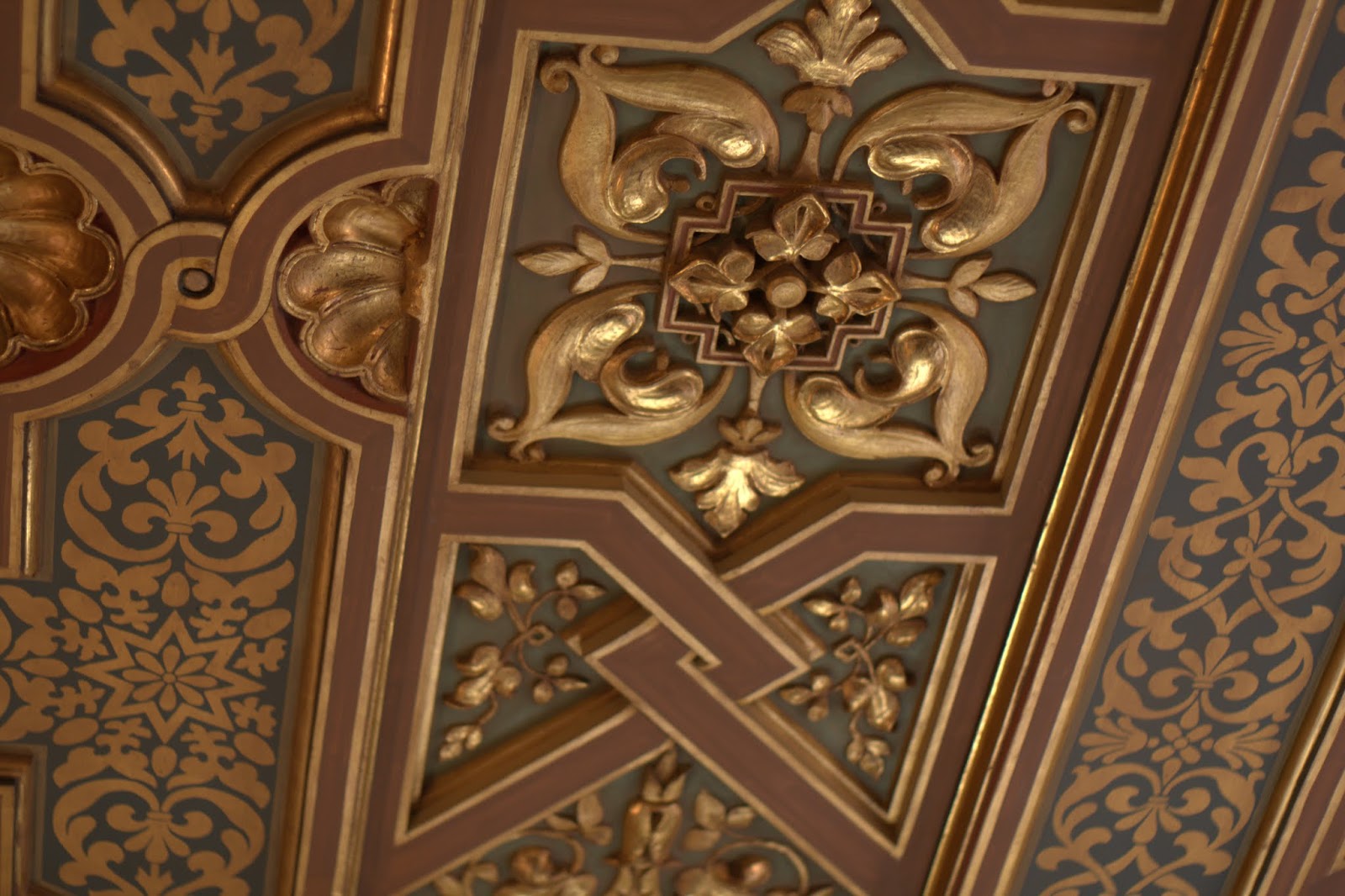 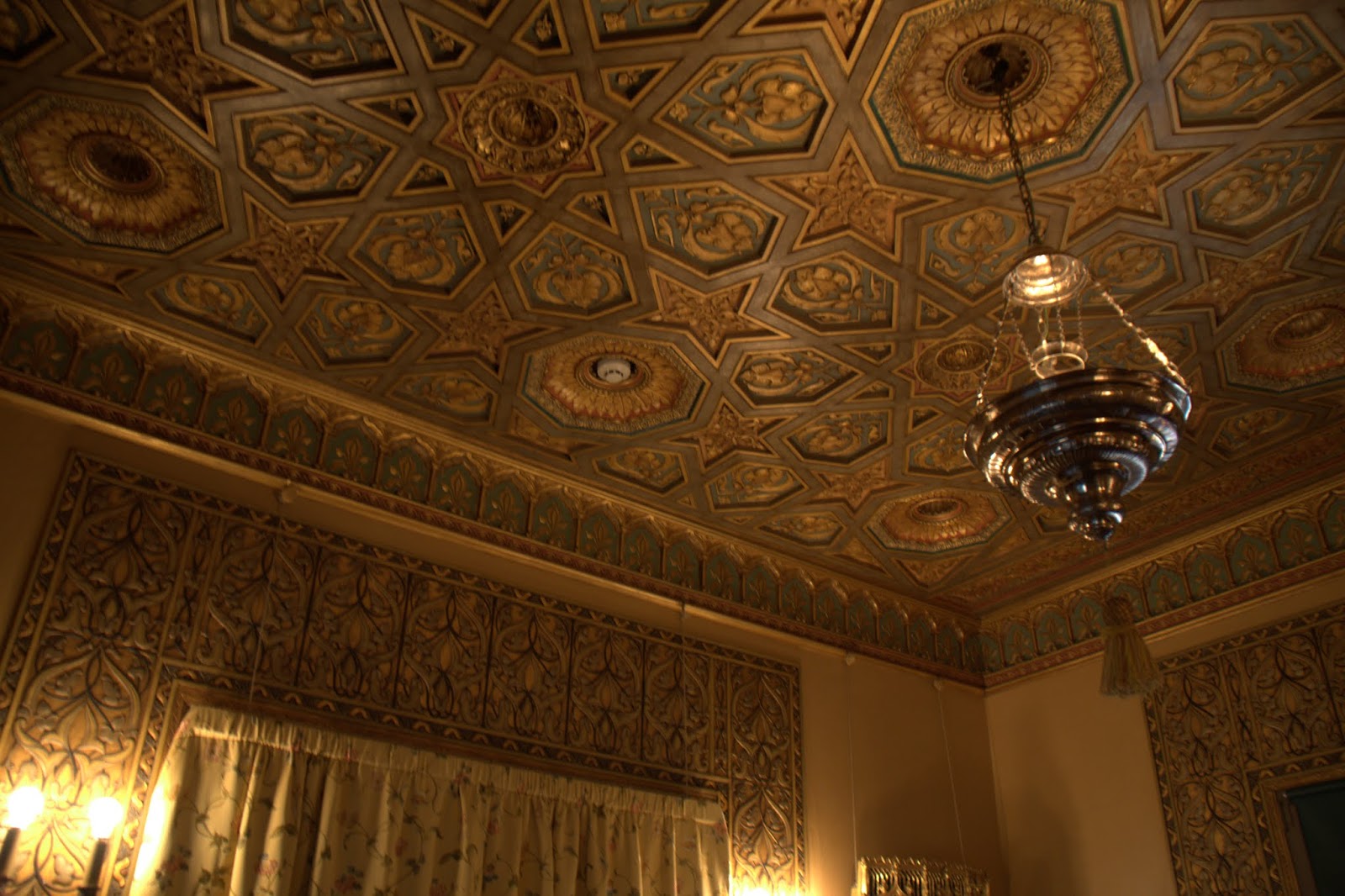 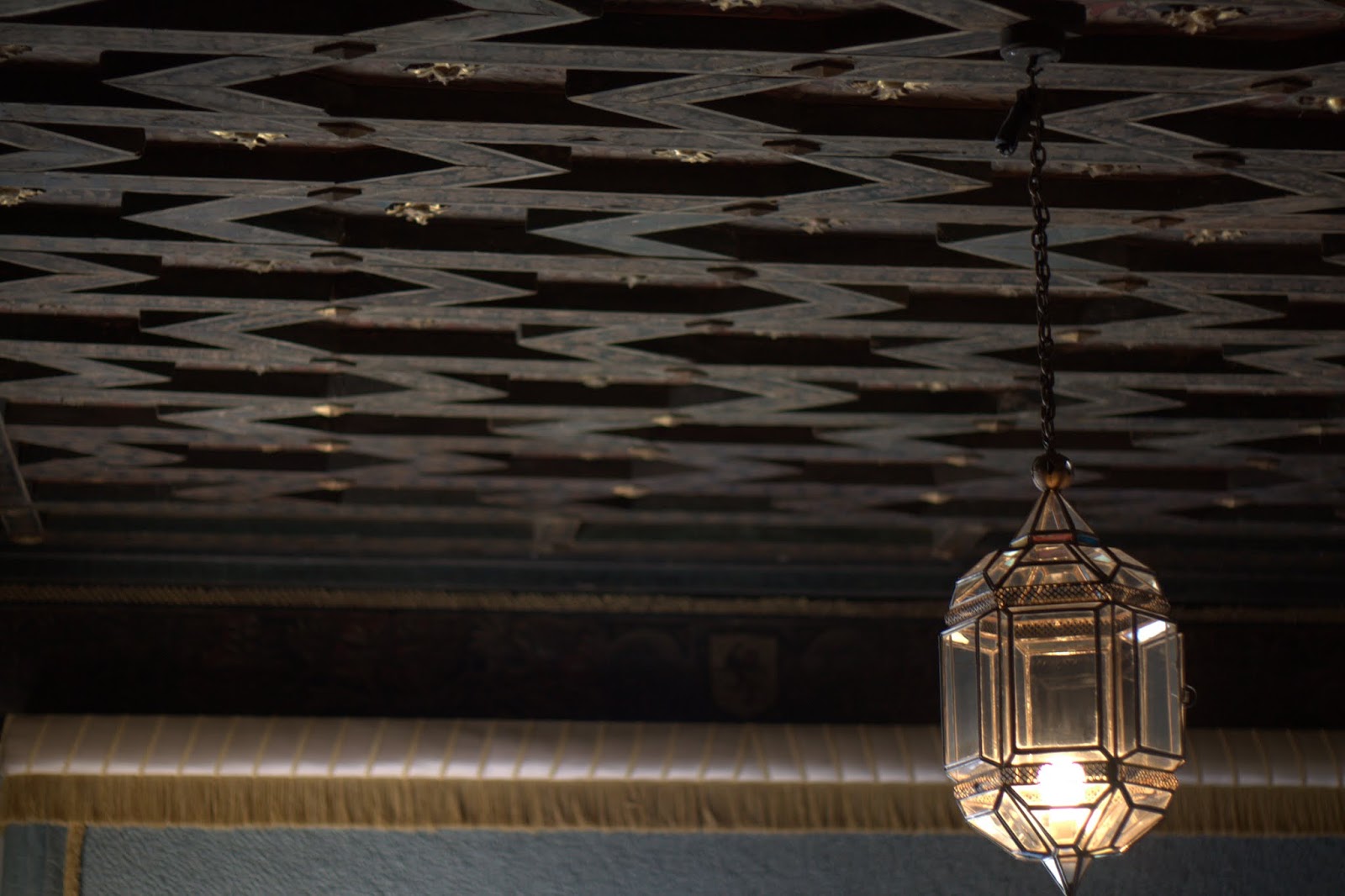 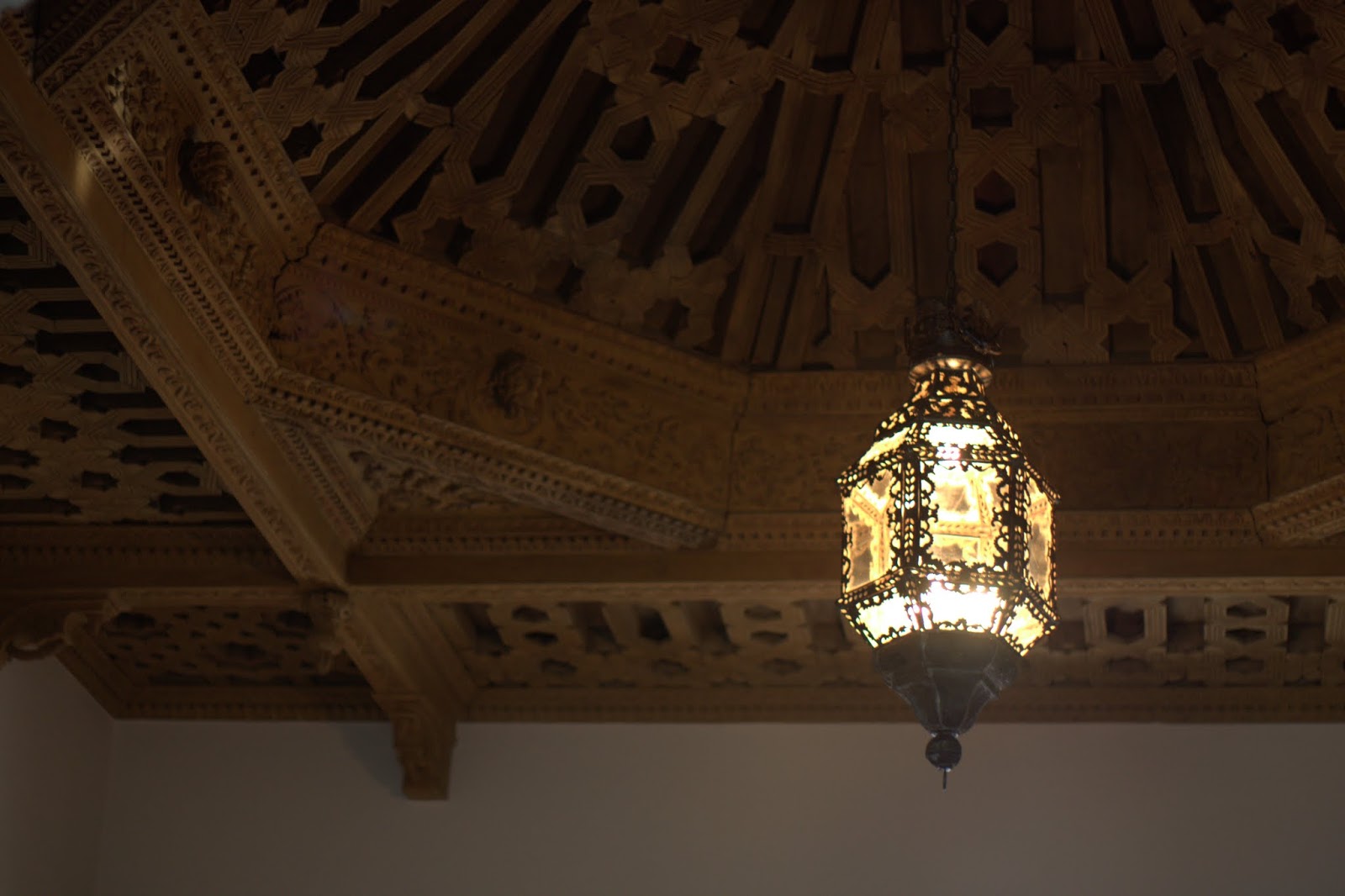 After the tour and wandering around, we headed back down to the visitor’s center and made the mistake of watching the explanatory video in the theater. After our tour, which gave little to no context for the building, I was hoping that the movie would tell us more. But I was wrong. I left feeling more than a bit angry about how the film glossed over all the important details, like who built the mansion and what were their lives like; how the building was financed, and how it was affected by the crash and the Great Depression; how this project fits into its context of other great mansions being built at the same time; where the materials came from and what construction techniques were used; etc. As I wrote in my notes afterward, the building was presented as art, rather than as architecture - as one man’s singular dream, realized by one (woman) architect. All the context was stripped away, leaving visitors to marvel at this seemingly miraculous apparition on the hill. But as anyone would know who’s studied architecture at all, buildings are never one man’s project, sprung into being fully-formed. A whole team of skilled craftsmen, artisans, laborers, accountants, designers, manufacturers, and more are needed for the realization of any project of this size and detail. What are their stories? Not being told at Hearst Castle, apparently. 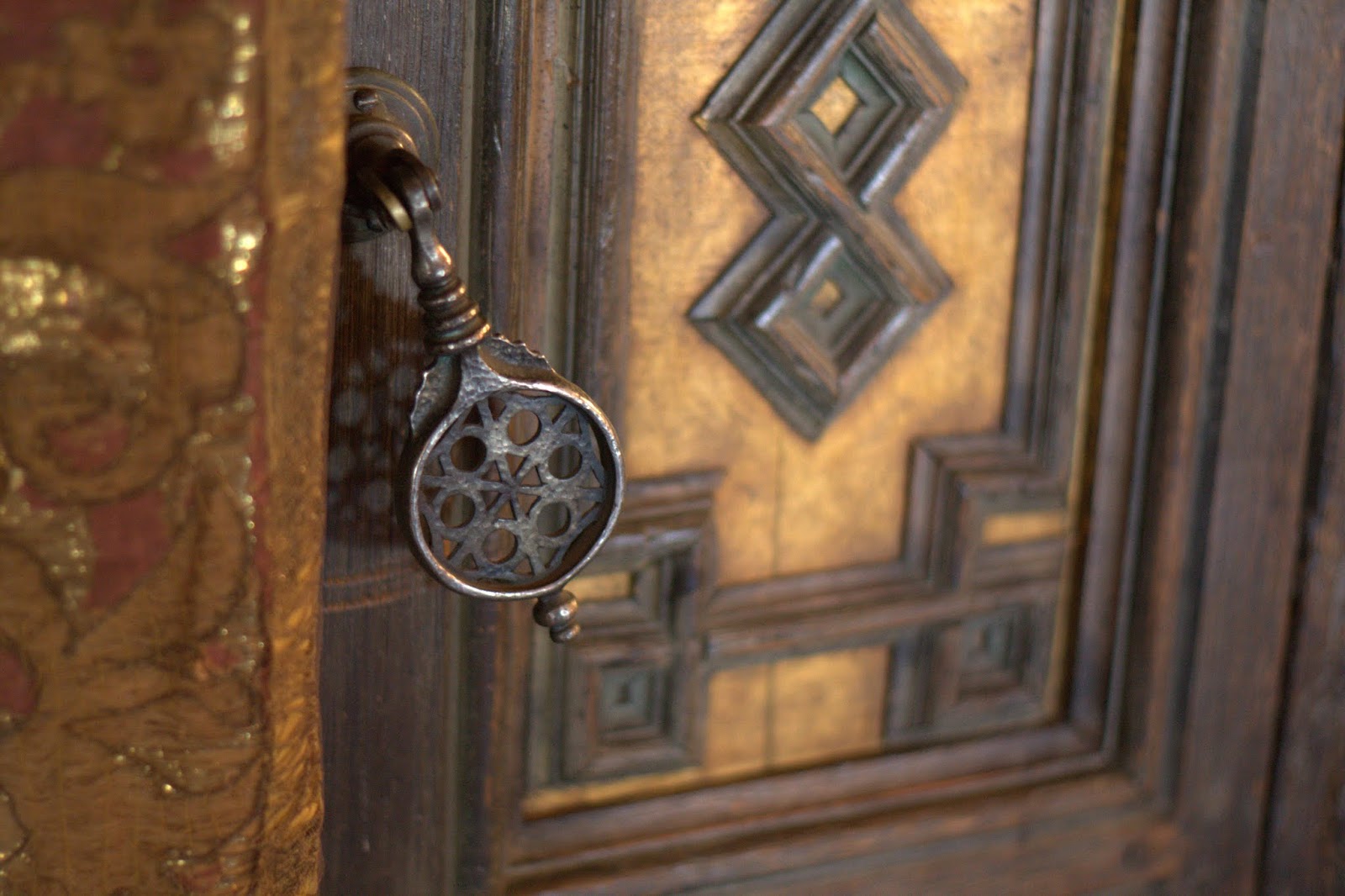 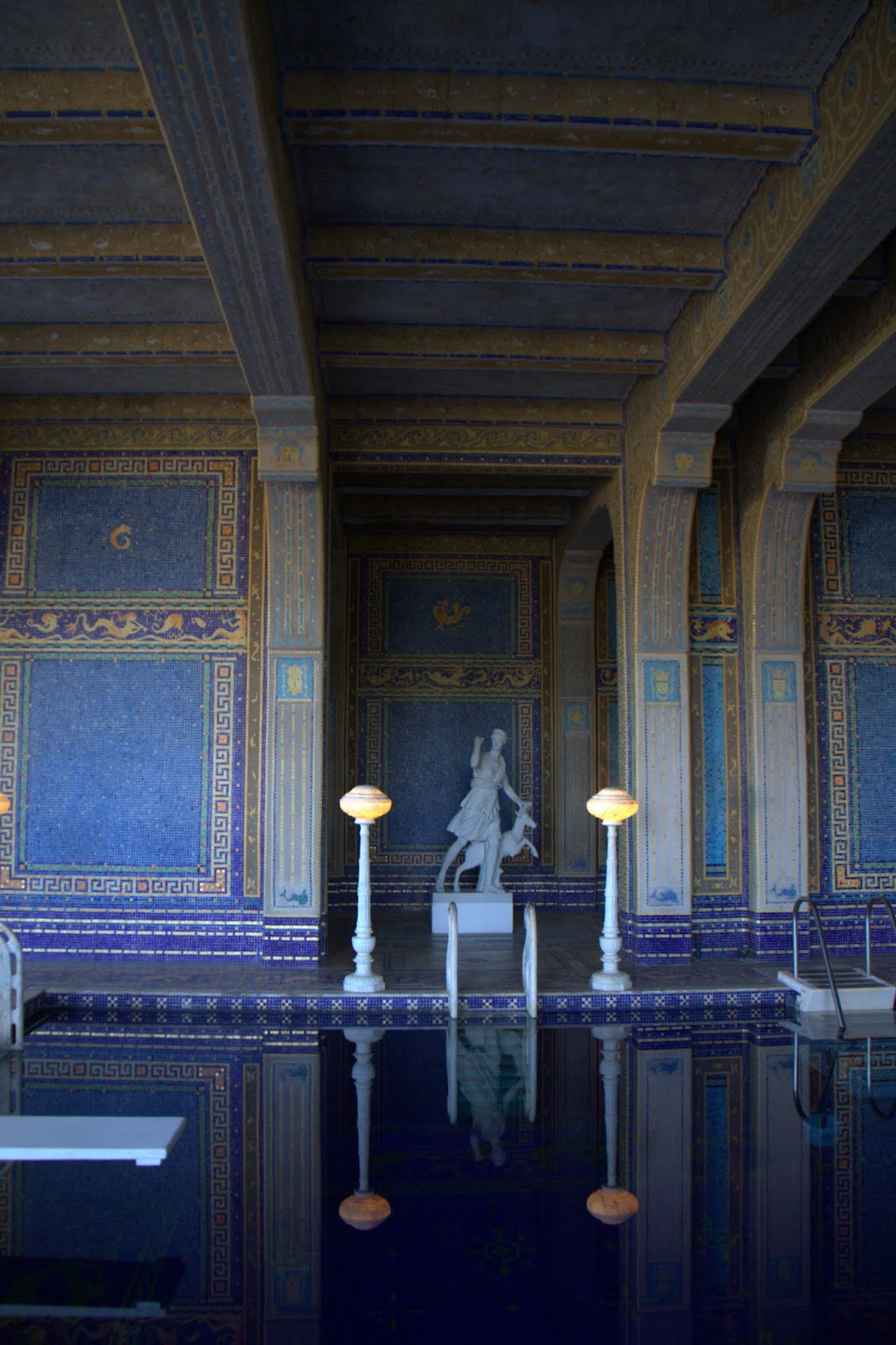 So while the mansion itself is beautiful and a joy to see, don’t expect to learn much from your trip except how wonderful Mr. Hearst was, and how generous he was to build this giant house that we all now get to enjoy for two hours or so for $30 a tour. If you want real information, you’ll have to read up on it yourself ahead of time.

Hungry and disgruntled, we left San Simeon and drove to King City for part two of our weekend - Pinnacles National Park. The next morning, we headed over to the park, which is about 1.5 hours from where we live. But when we arrived, we encountered a huge line leading up to the entrance. It turns out the park was full, and each car was being admitted only when someone left. After learning this, and seeing how slowly the line was advancing, we headed home, even more disgruntled. Apparently the lesson is not to try to go to Pinnacles during a holiday. On the way back to the highway from the park, we lost GPS signal, and ended up missing our turn, adding an extra hour to the trip. Yay!

Overall, this wasn’t our best trip together, but hey, you can’t expect every trip to be perfect! At least we got to see half the stuff we set out to see. And had some tasty, tasty cookies, made with love and butter.