Houston, We Have a Program - Part 2

My course was split into three weeks of different topics. Week one was primarily background information, covering architecture & urban history, with lessons on different types of architectural visualization (drawing, sketching, modeling). Week two was “special topics,” including historic preservation, green infrastructure, density, transportation, public interest design, and imaginary cities - all the things I think are interesting. Week three was studio-intensive, with two briefs in five days, each culminating in a juried review. Every week had one or two site visits to relevant places, including the nearby museums, a downtown walking tour, public parks, a non-profit preservation project in a low-income neighborhood, and the sites chosen by the students for their final projects. I was able to have Rice professors lead two of the site visits, which I think added a lot to the experience. My TA kept a blog with photos of our work, accessible here. Scroll down to the “Term 1” posts.

Our downtown walking tour was led by architectural history Stephen Fox, who is one of the most knowledgeable historians writing about Houston today. We started at the downtown public library and walked around Tranquility Park, the downtown skyscrapers, and along the 10-year-old MetroRail line, ending back at the library. Philip Johnson was the architect of some of the most distinctive Houston skyscrapers, all from the 1960s and 1970s. 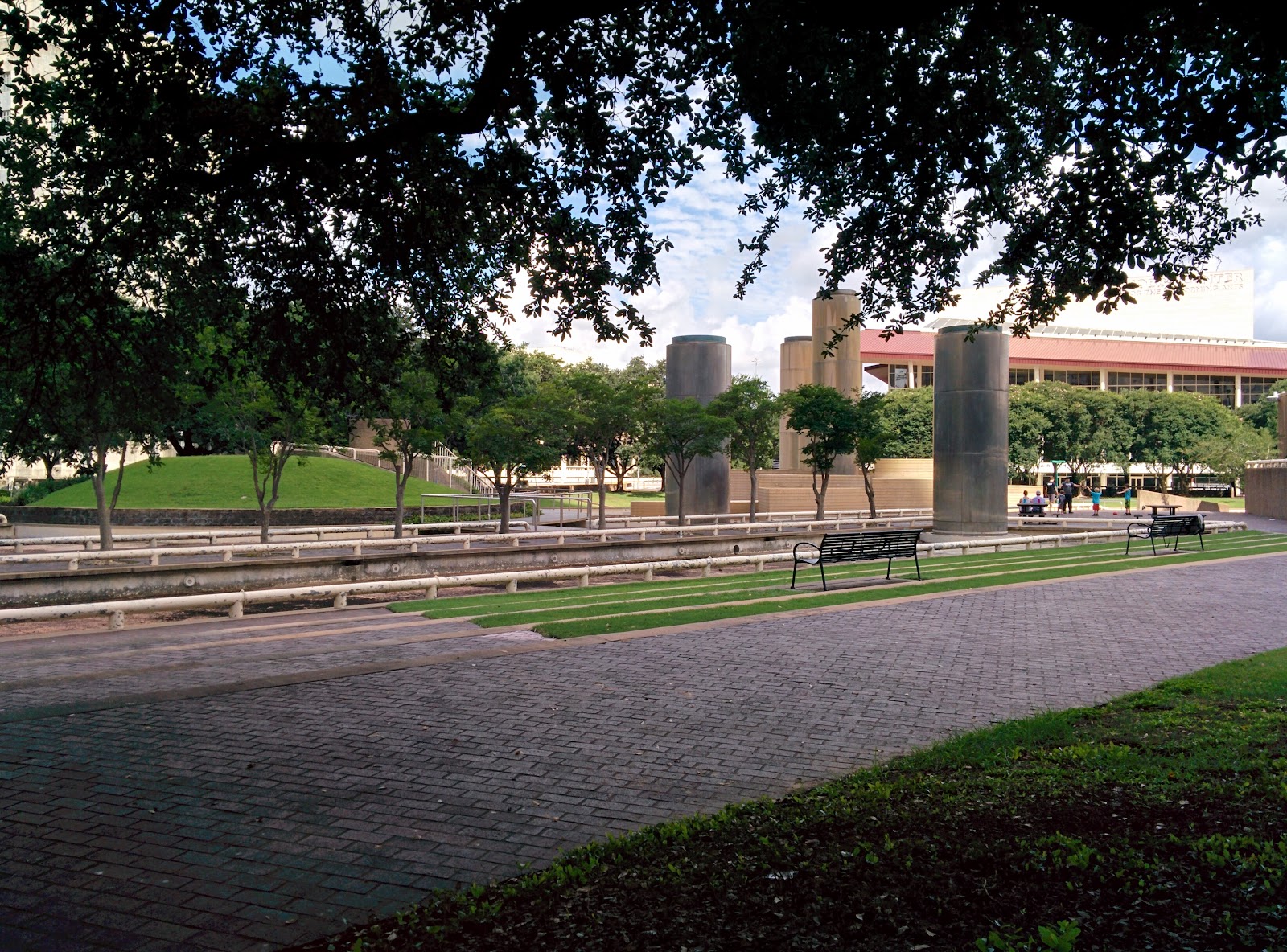 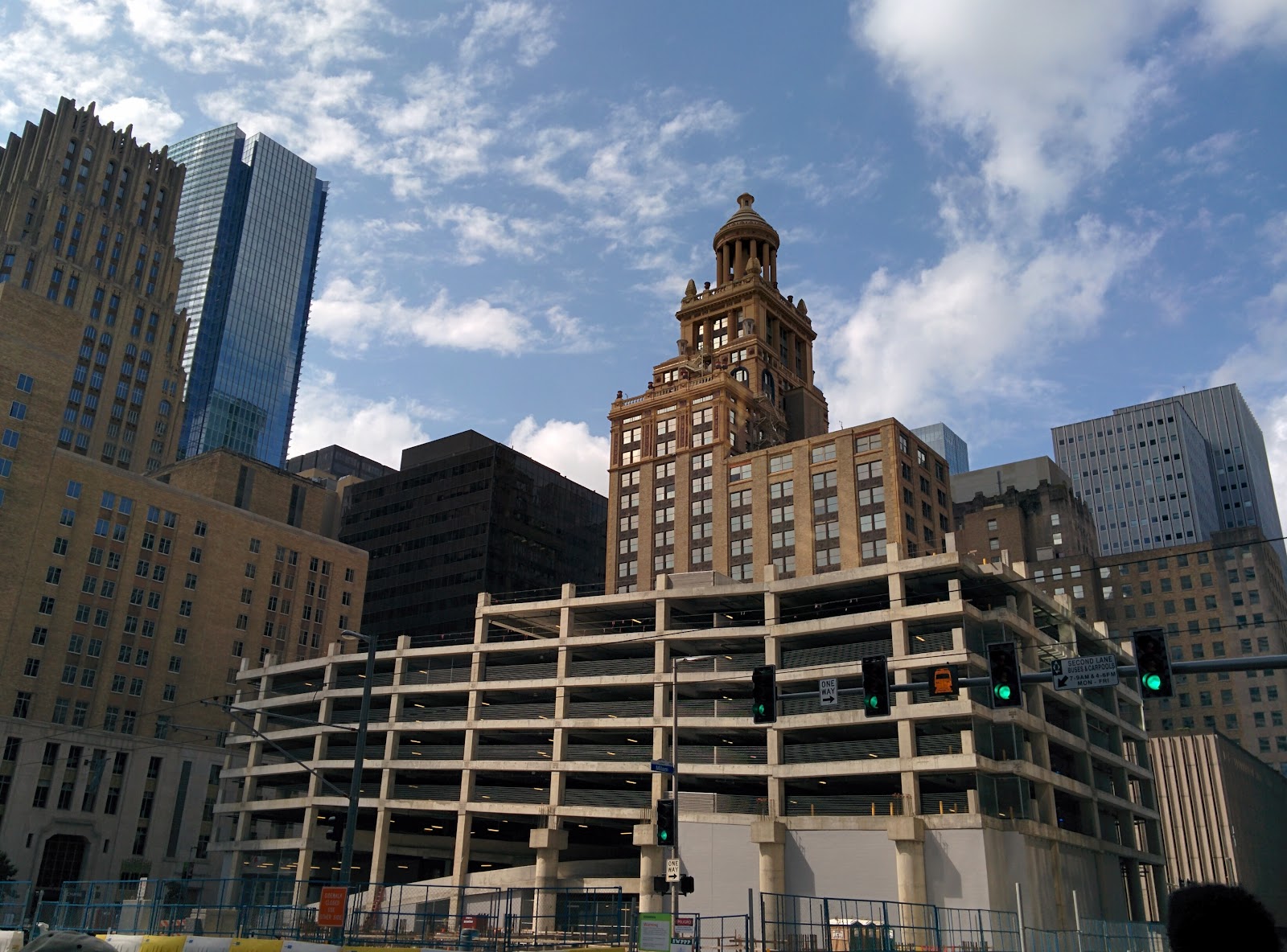 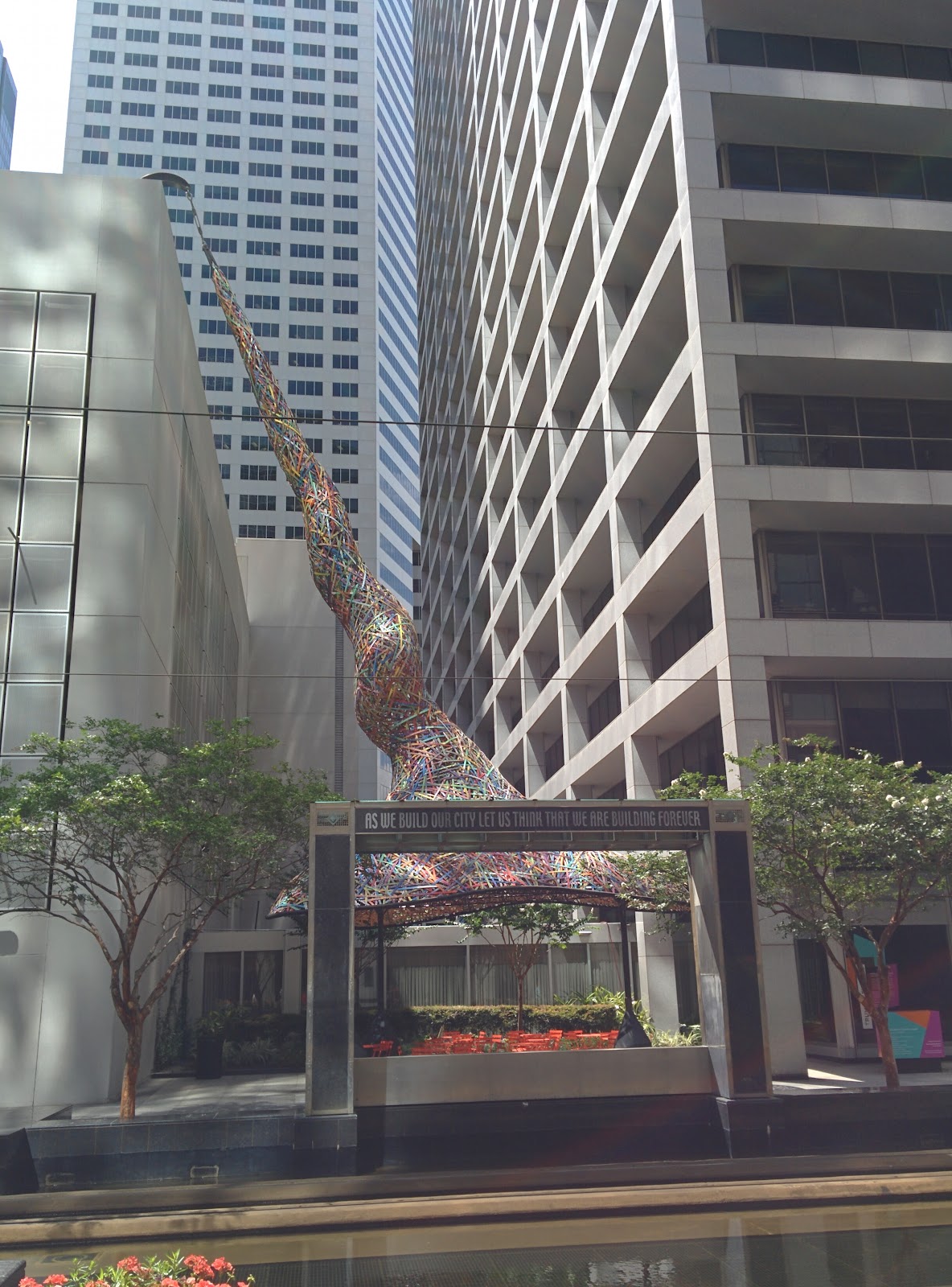 During the second week, I had a chance to return to the Museum of Fine Art to see the other half of the museum, which I hadn’t had time to see before. In the European section, I found a painting by Panini that’s on the cover of one of my art history books from undergrad! (Rome: Profile of a City, by Richard Krautheimer.) For some reason, I really love the caprices and vedute paintings of the 1700s. 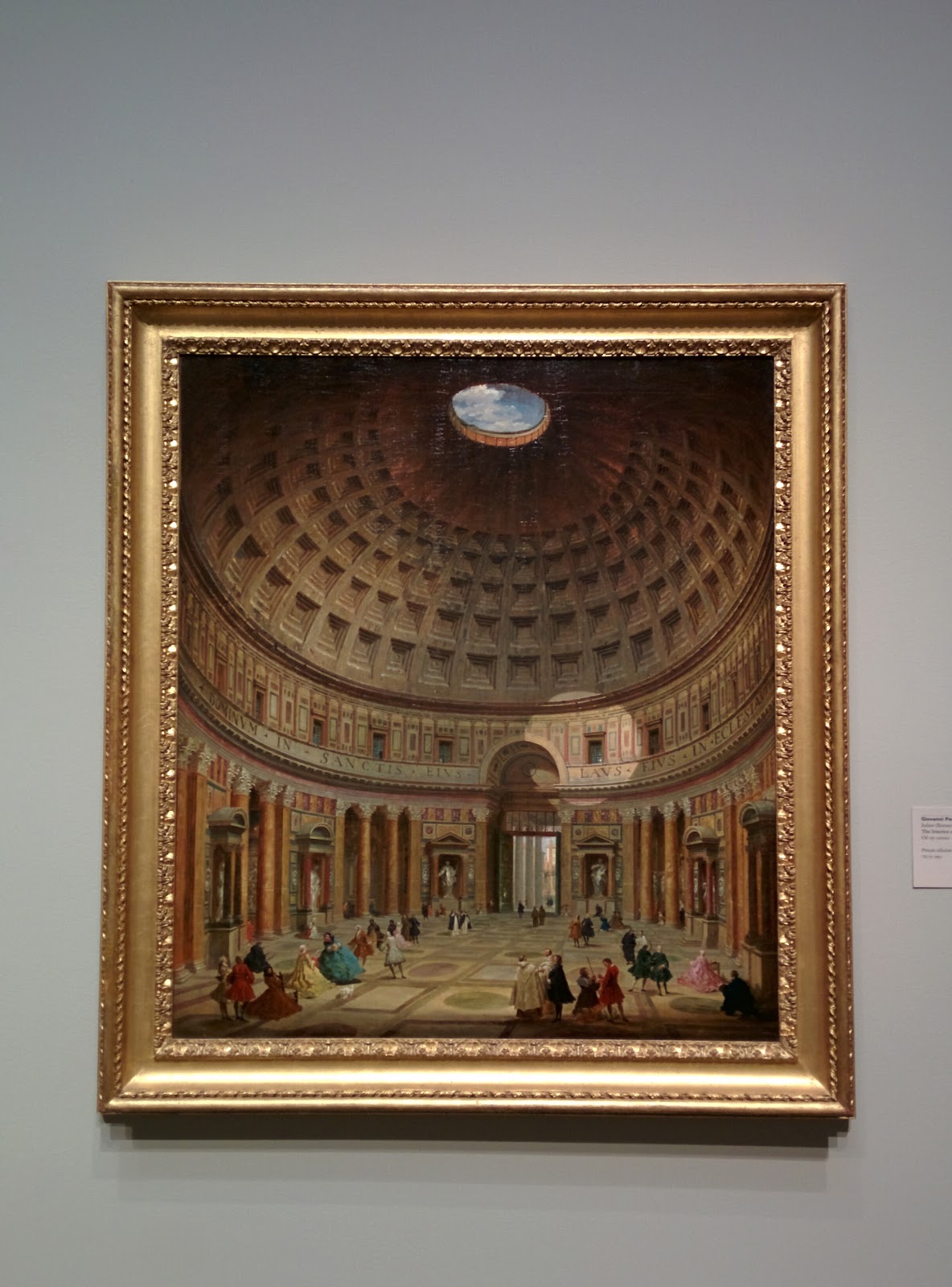 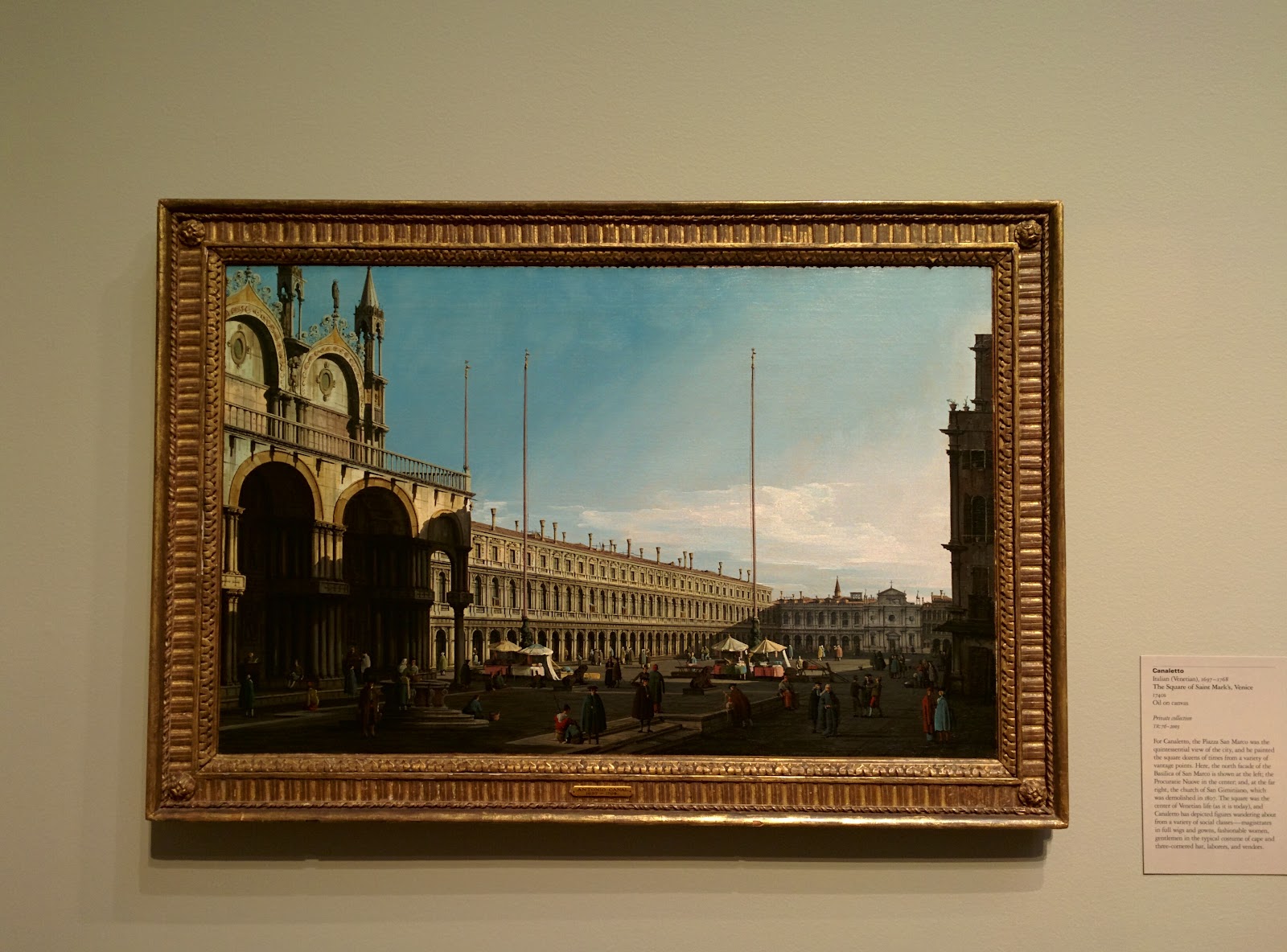 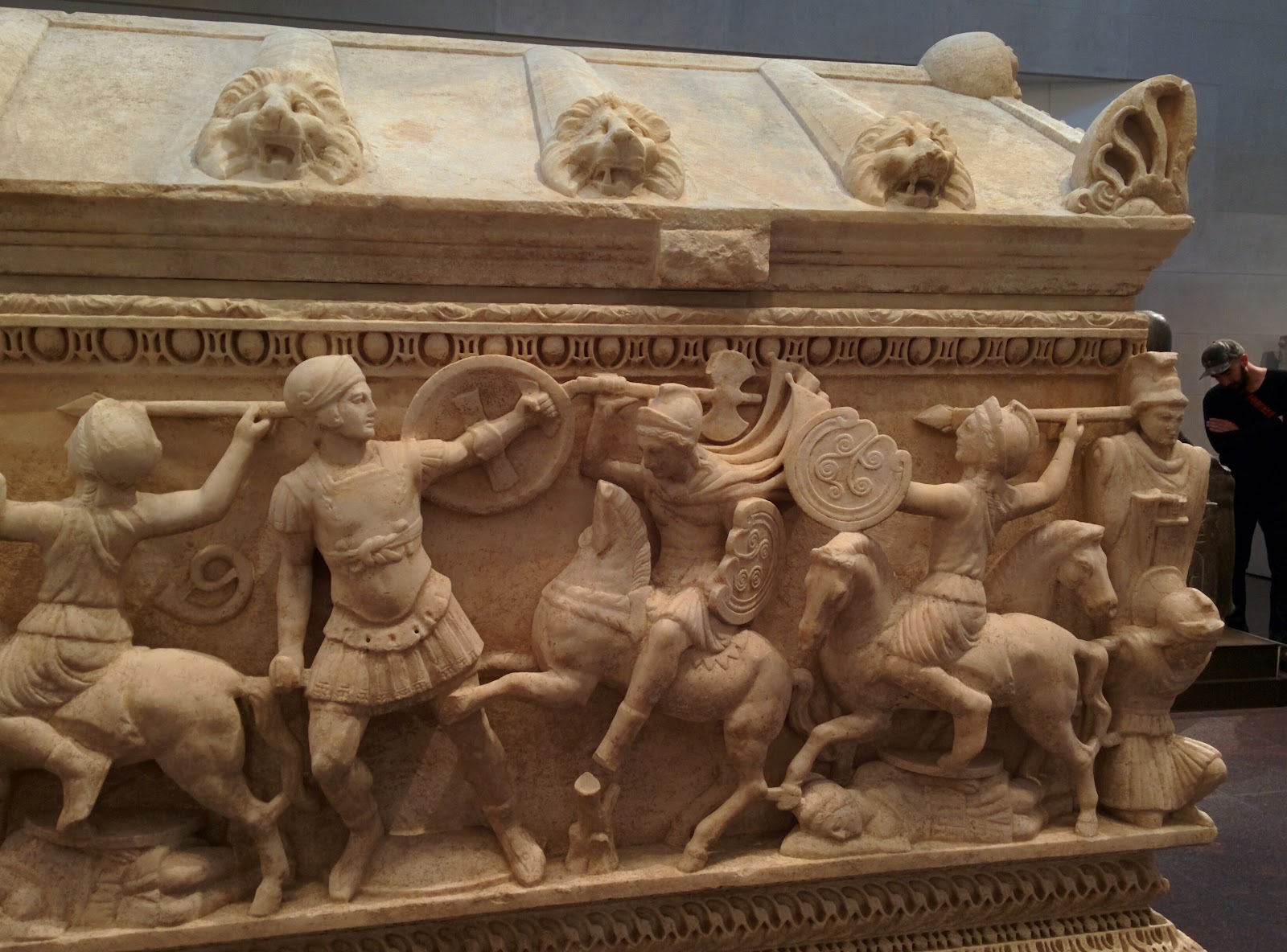 At the end of week two, we toured Buffalo Bayou Park, a restoration of one of Houston’s natural wetlands by a public/private partnership. The long, linear park is peppered with sculptures, installations, and architectural bridges across the bayou. We walked to the point where there is a bat colony living under a bridge, then headed back. Then we visited Discovery Green, another public/private redevelopment in the downtown area, in front of the convention center. Though much smaller, this park was packed with people having different events. 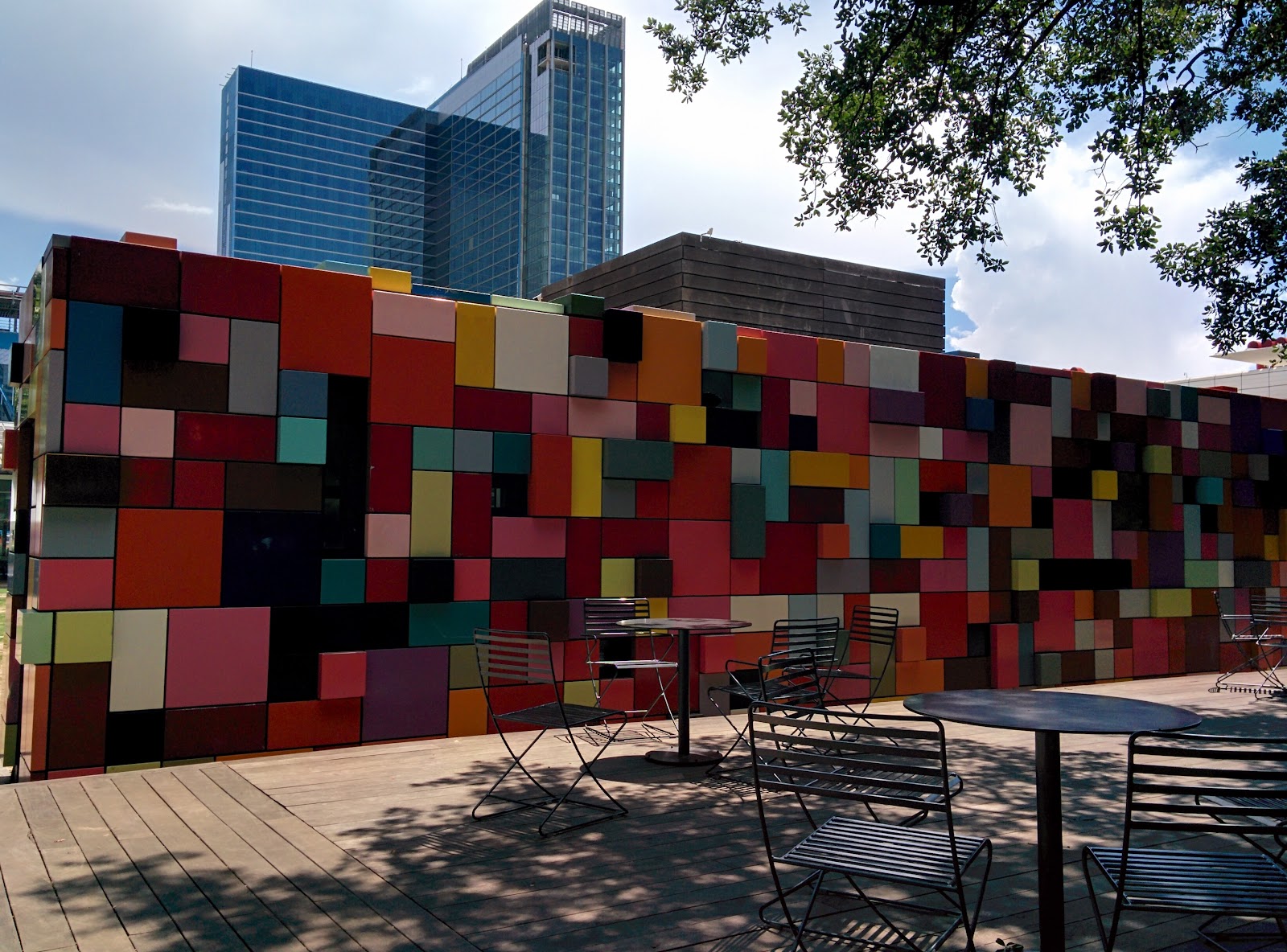 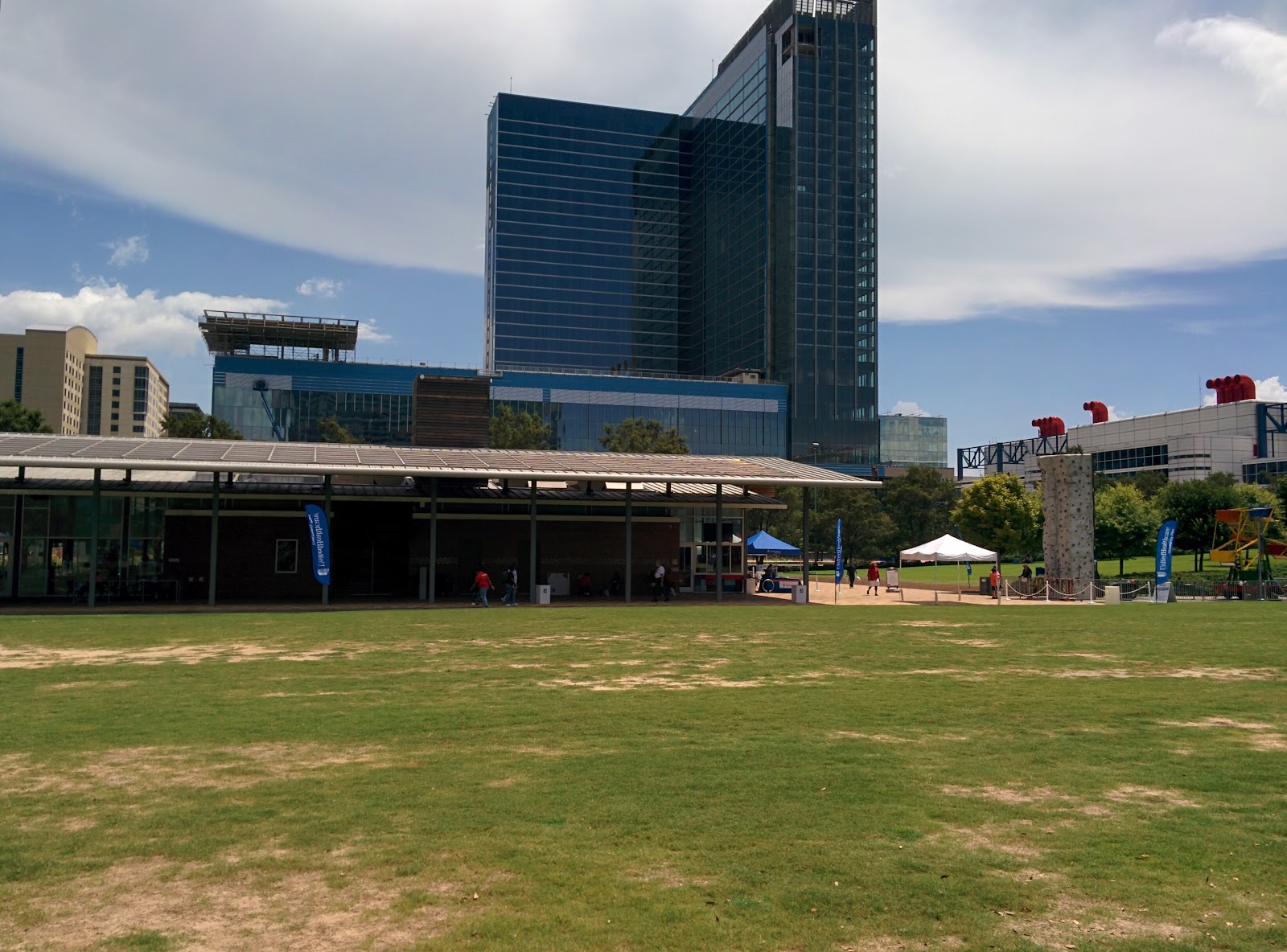 That same evening, I couldn’t resist going on the traditional TIP trip to a minor-league baseball game, recalling the many Durham Bulls games I attended as a TIPster. We went to see the Sugar Land Skeeters, who may win the prize for worst mascot ever, at a fairly nice stadium in the middle of nowhere outside Houston.

One of the other things I’m glad I did, although I have no photos, was to take the class to see Project Row Houses, a non-profit that’s renovating early Houston homes as artist studios and residences in the Third Ward neighborhood. In partnership with the Rice Building Workshop, the group has also sponsored design/build projects by Rice students to build additional homes. Our class got to see some of these homes designed and built by students on a tour led by Danny Samuels and Nonya Grenader, the Rice professors who direct the design/build program. Danny and Nonya were very generous with their time in leading us around the Project Row Houses neighborhood.

Teaching for six hours a day turned out to be exhausting, so that’s all I managed to do during those first two weeks of the class! I did get to check out a pretty cool coffee shop / bar one day with my fellow instructors, called Double Trouble, which also had “trouble-free” non-coffee non-alcoholic drinks. I enjoyed the Caribbean Cream Soda and a Fluffernutter cookie. Houston, like all major cities, seems to have plenty of hipster hangouts in re-developing parts of town. With all three meals a day provided on campus, though, it was hard to get away to try any restaurants.