Houston, We Have a Program - Part 3

My last week at TIP was probably the most enjoyable, since I didn’t have nearly as much prep work to do while the class worked on their studio projects. Clearly, having the class do lots of studio work is best for everyone - the students prefer it, and it’s less work for me - but I stand by my decision to start them off with some background information in the form of lectures, exercises, and sketching practice. I hope that their final projects came out better for it, although without a control group for comparison, it’s hard to know. 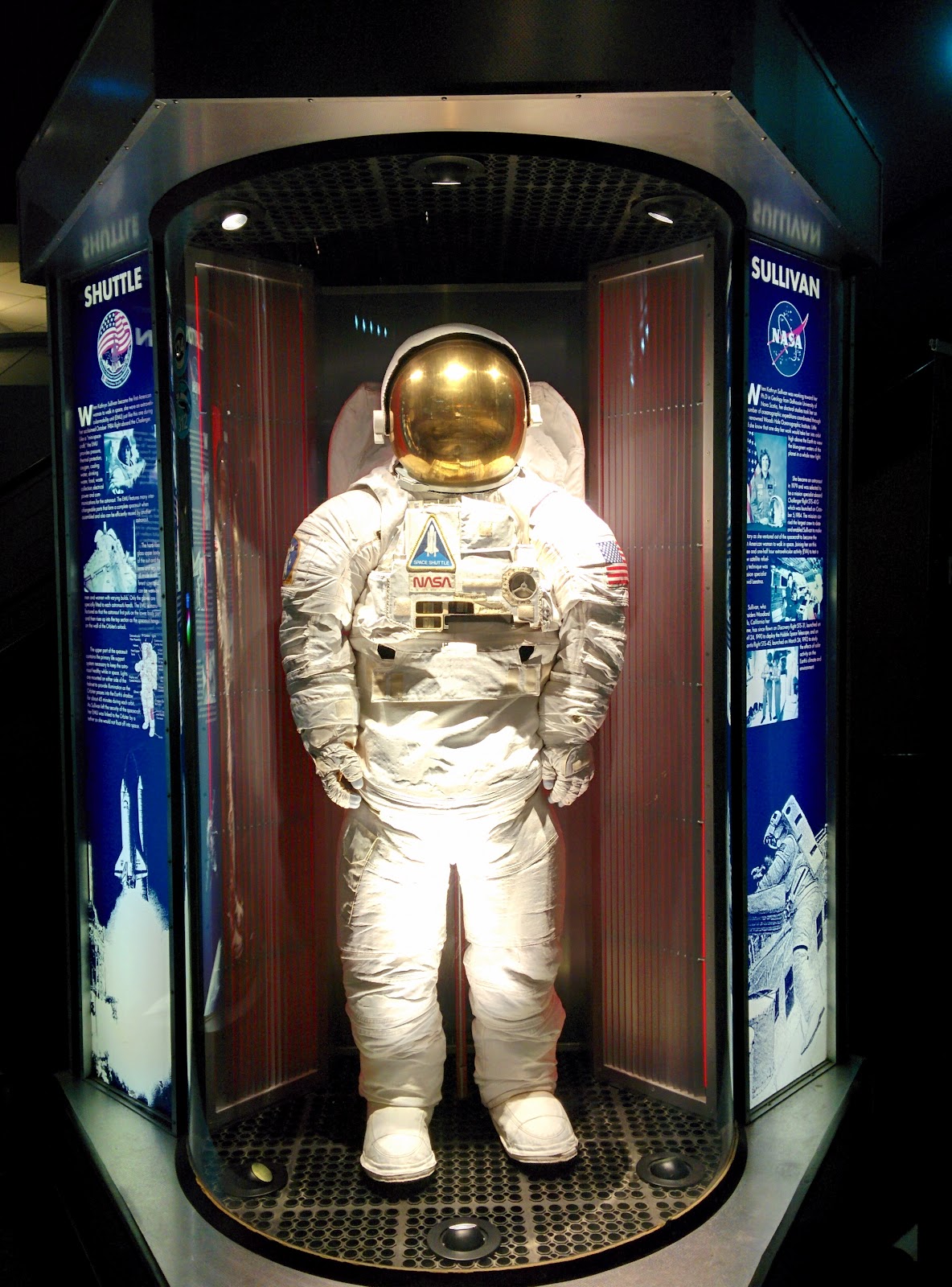 During this week I got to go on more side trips, including to the NASA Johnson Space Center, about 45 minutes outside of Houston, and to the Natural Science Museum and the Miller Theater in Hermann Park. Four of us went to NASA and had a great time. Johnson Space Center has a large visitor’s center with exhibits, a replica Space Shuttle that you can go into, and tram tours of the working facilities. We chose the tour that takes you to the original Mission Control, complete with 1960s carpet and original chairs. Somehow, I ended up in the seat once before occupied by Queen Elizabeth, making me queen for a day. The currently-used Mission Control is located elsewhere in the building but is not part of the tour. 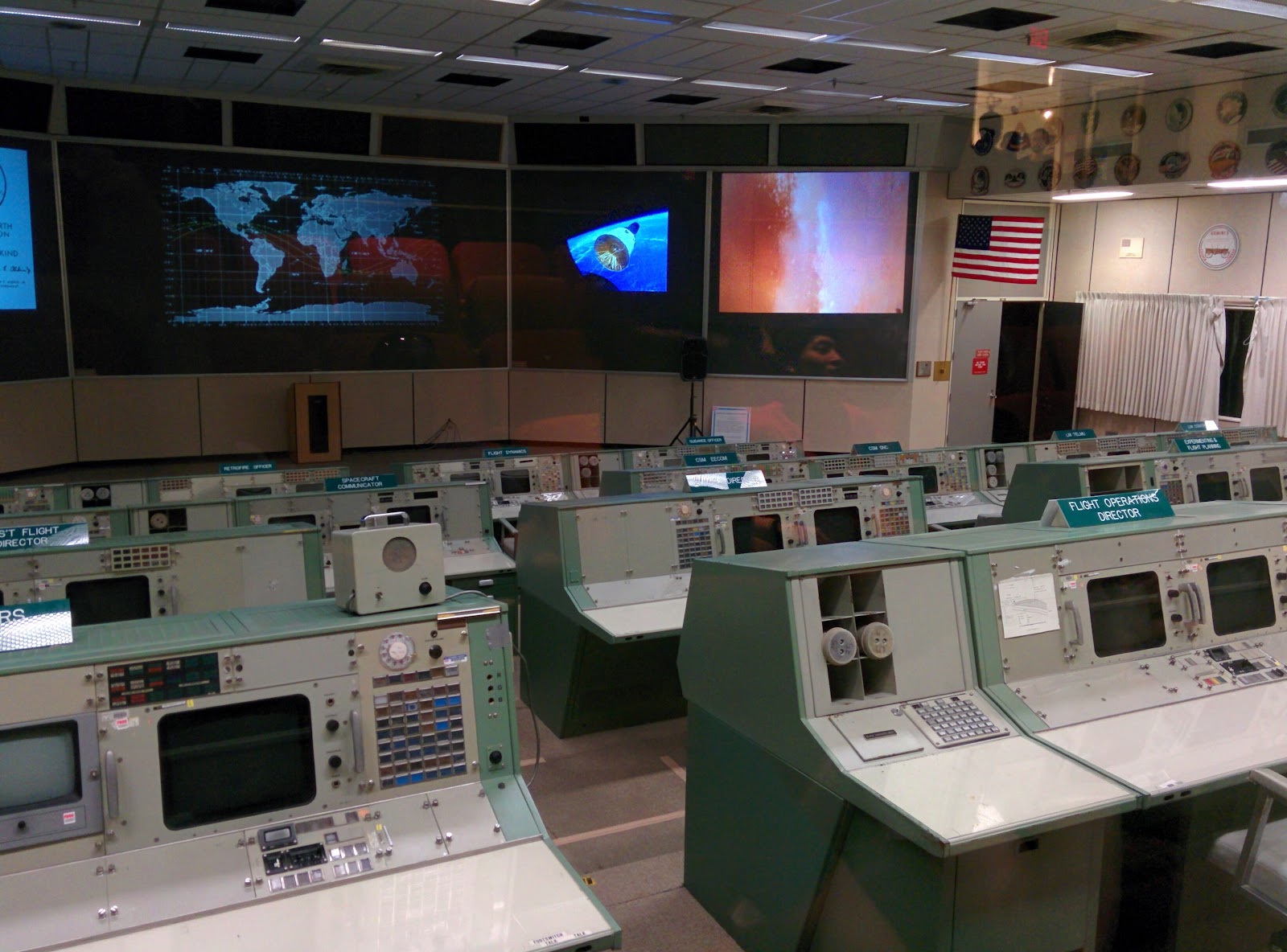 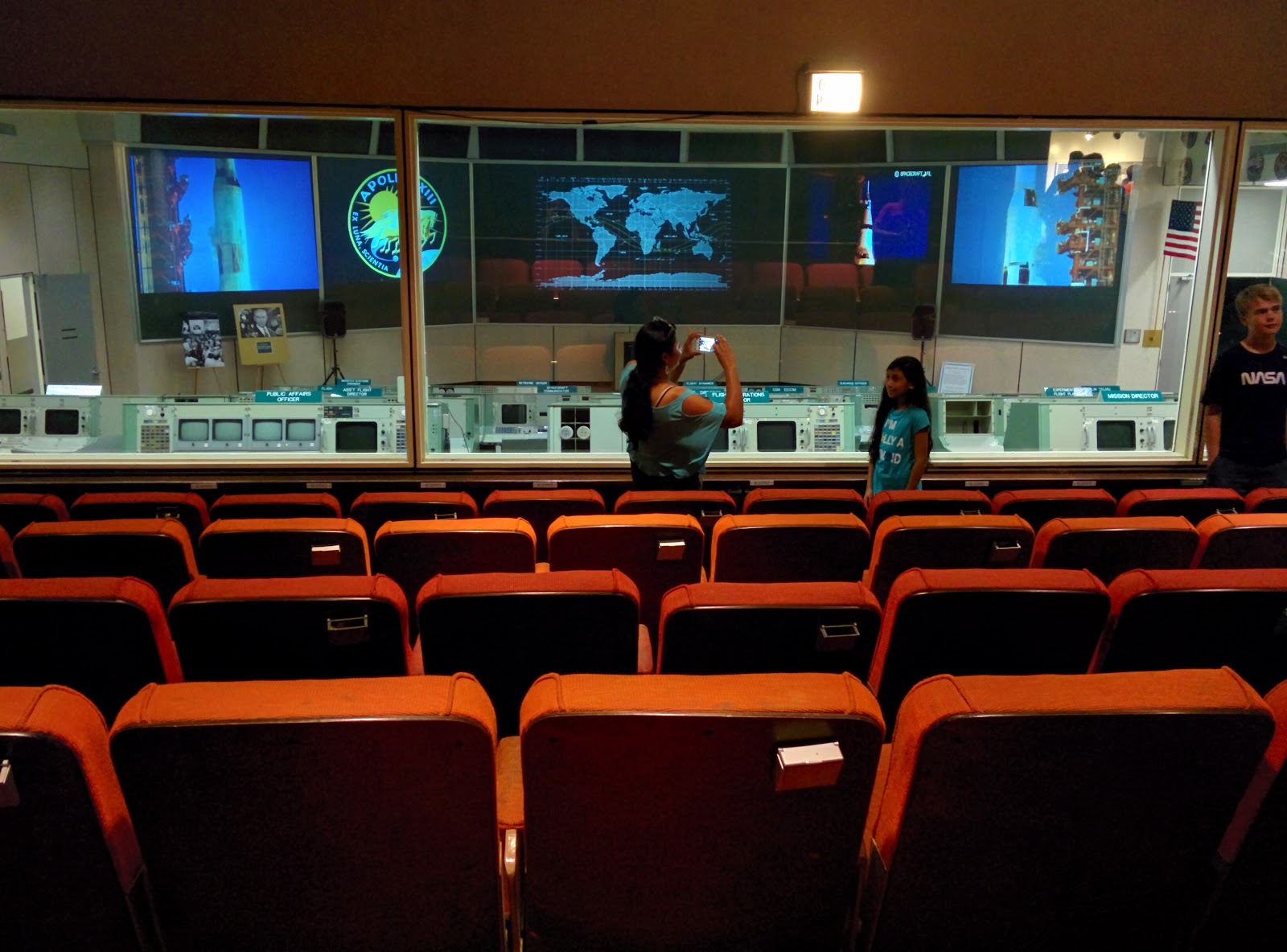 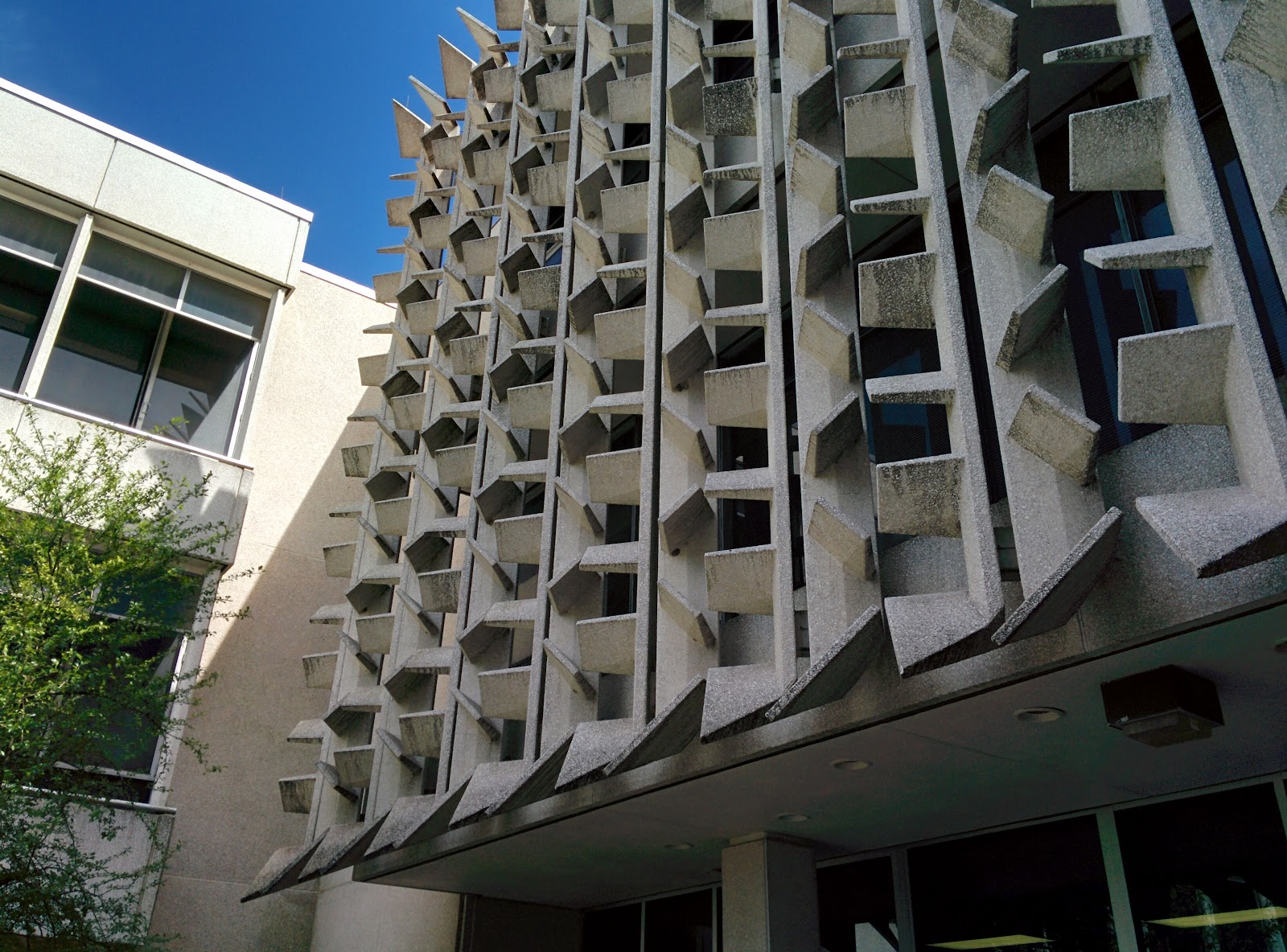 Another stop on the tour was a Saturn V rocket, part the “Rocket Park” exhibit of rockets. It had its own giant warehouse-sized building so you could see it up close. The exhibits inside the main visitor’s center were half silly, half interesting; the ones on space suits and on Moon exploration were pretty good, but there were also temporary exhibits about the TV show Mythbusters and something called “Angry Birds Space.” We did not explore the latter attraction. Outside, we checked out the replica Space Shuttle and its modified 747 carrier jet. 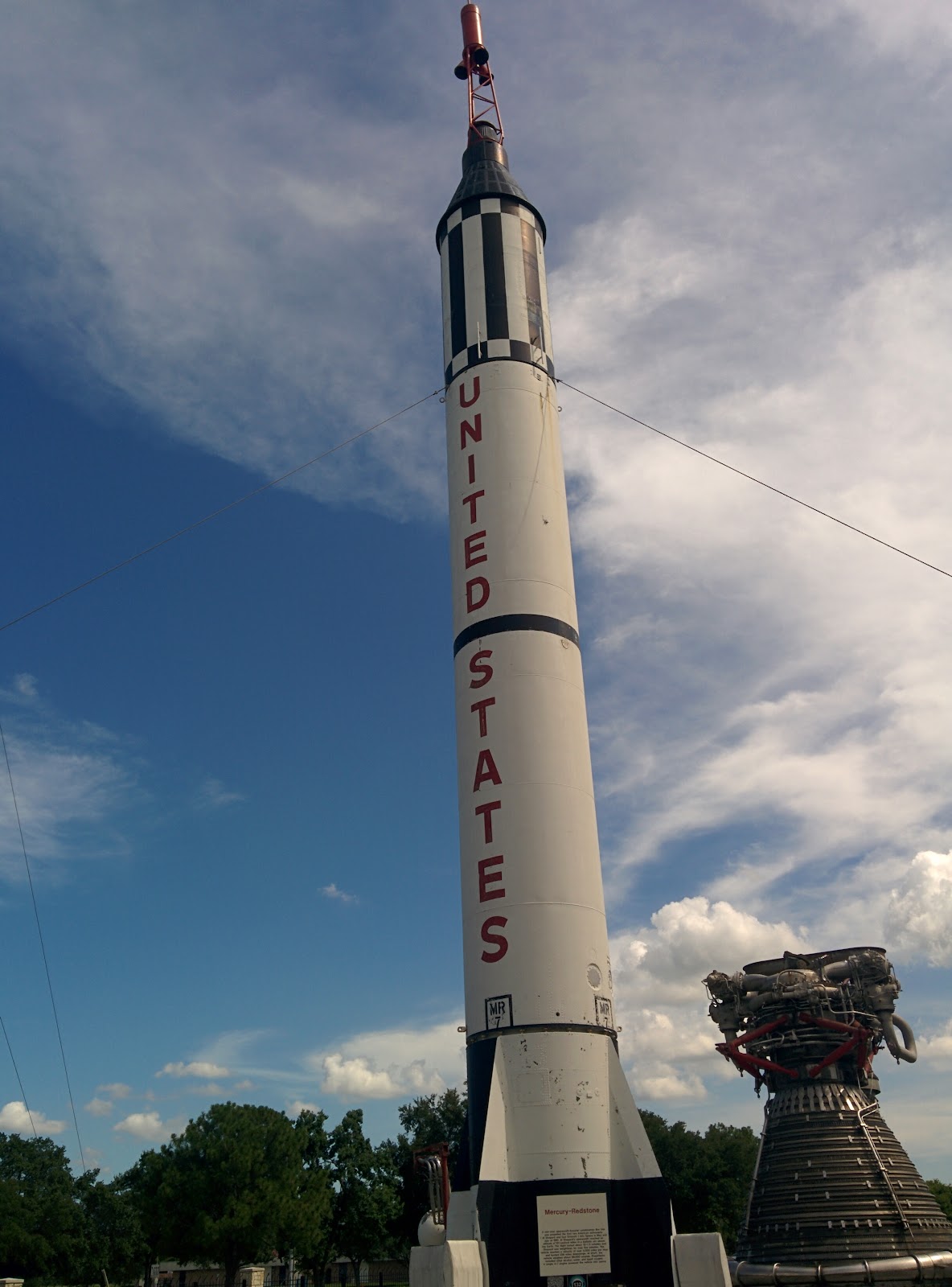 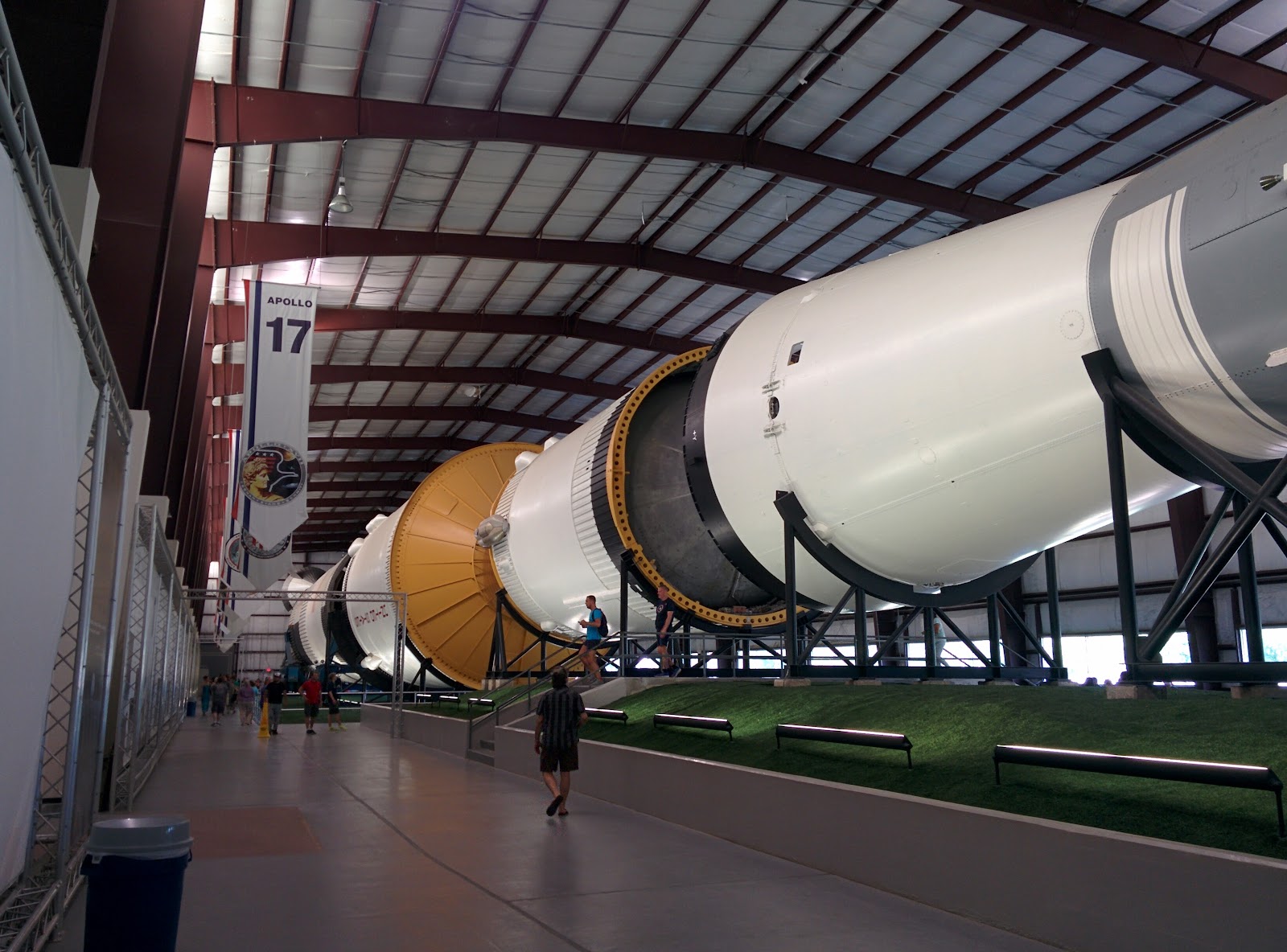 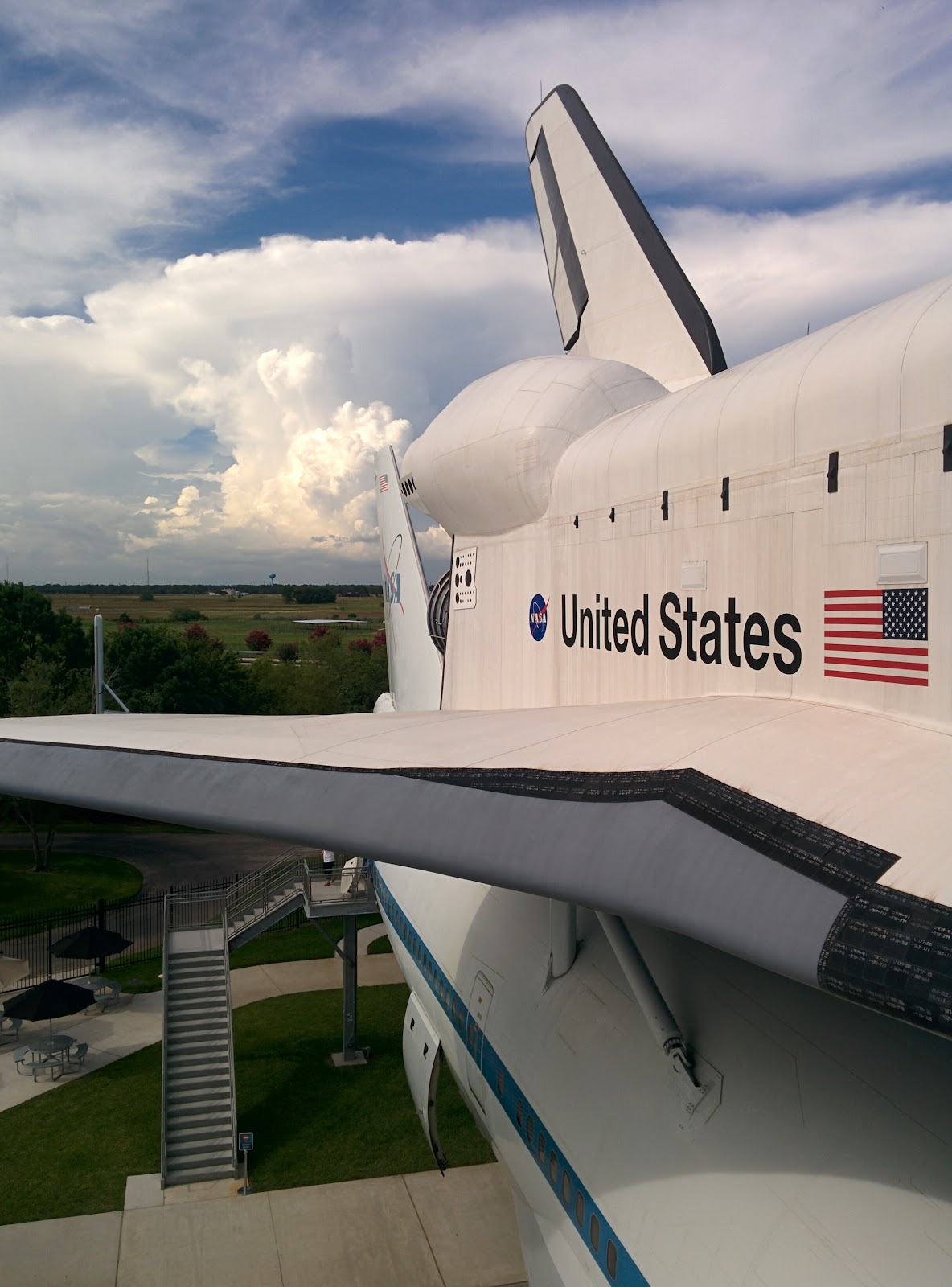 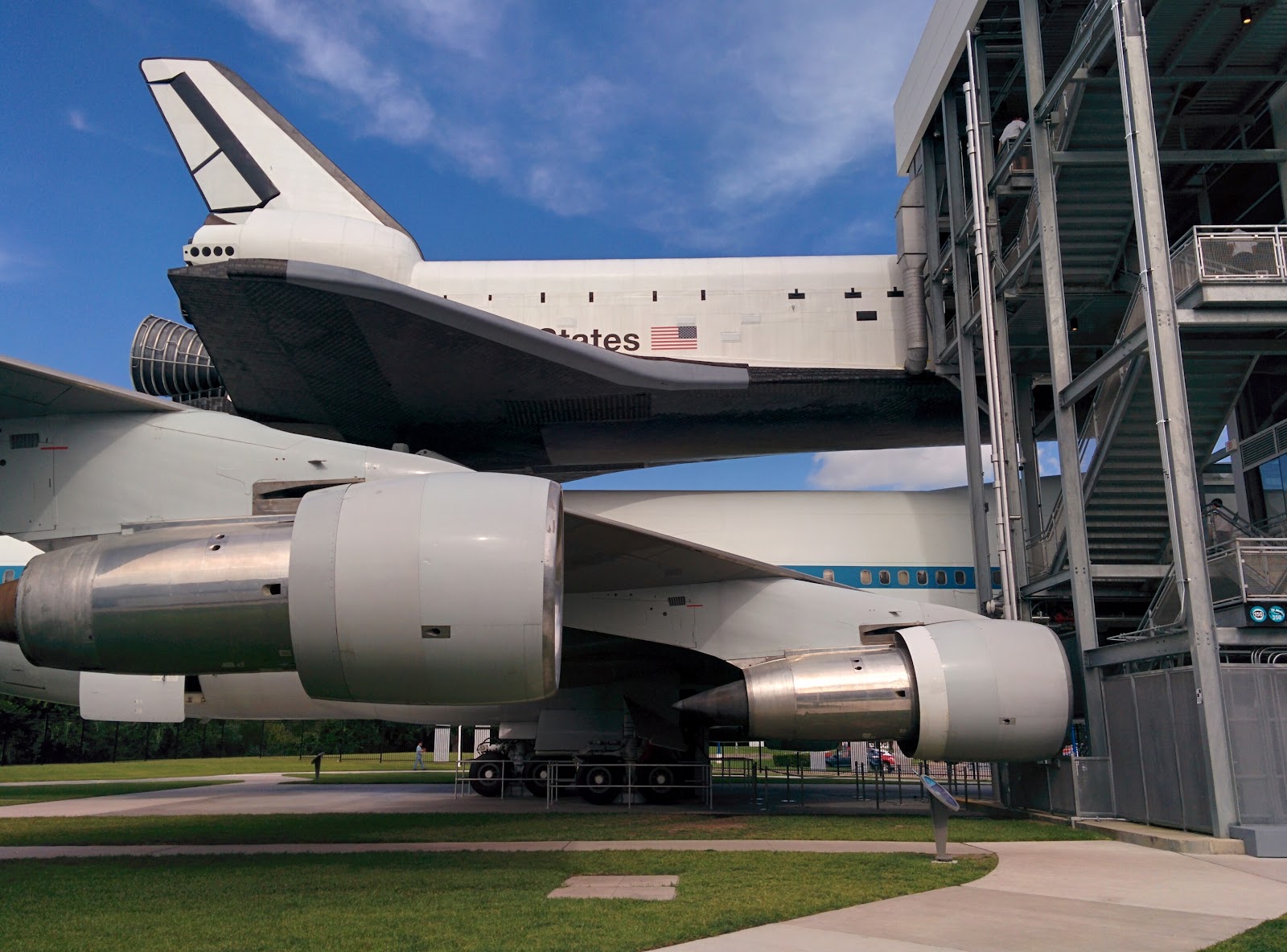 During the week, I skipped dinner at the dining hall to check out the Natural Science Museum on its free day. I have to say that I was terribly disappointed with it. I thought most of the exhibits were underwhelming, either by virtue of excessive “Disneyfication” and hyperactive lighting/audio; lack of scientific content; or poor layout and exhibition design, making them very dark and disorienting. The Egypt exhibit was a maze filled with fake temple pieces, the Amazon exhibit was an ethnographic nightmare full of bird noises, and the dinosaur exhibit had crazy mood lighting that made it impossible to tell the difference between real dinosaur fossils and fake reconstructions. Maybe it’s impossible to tell them apart under normal lighting as well, but the purple and blue glows certainly didn’t help. 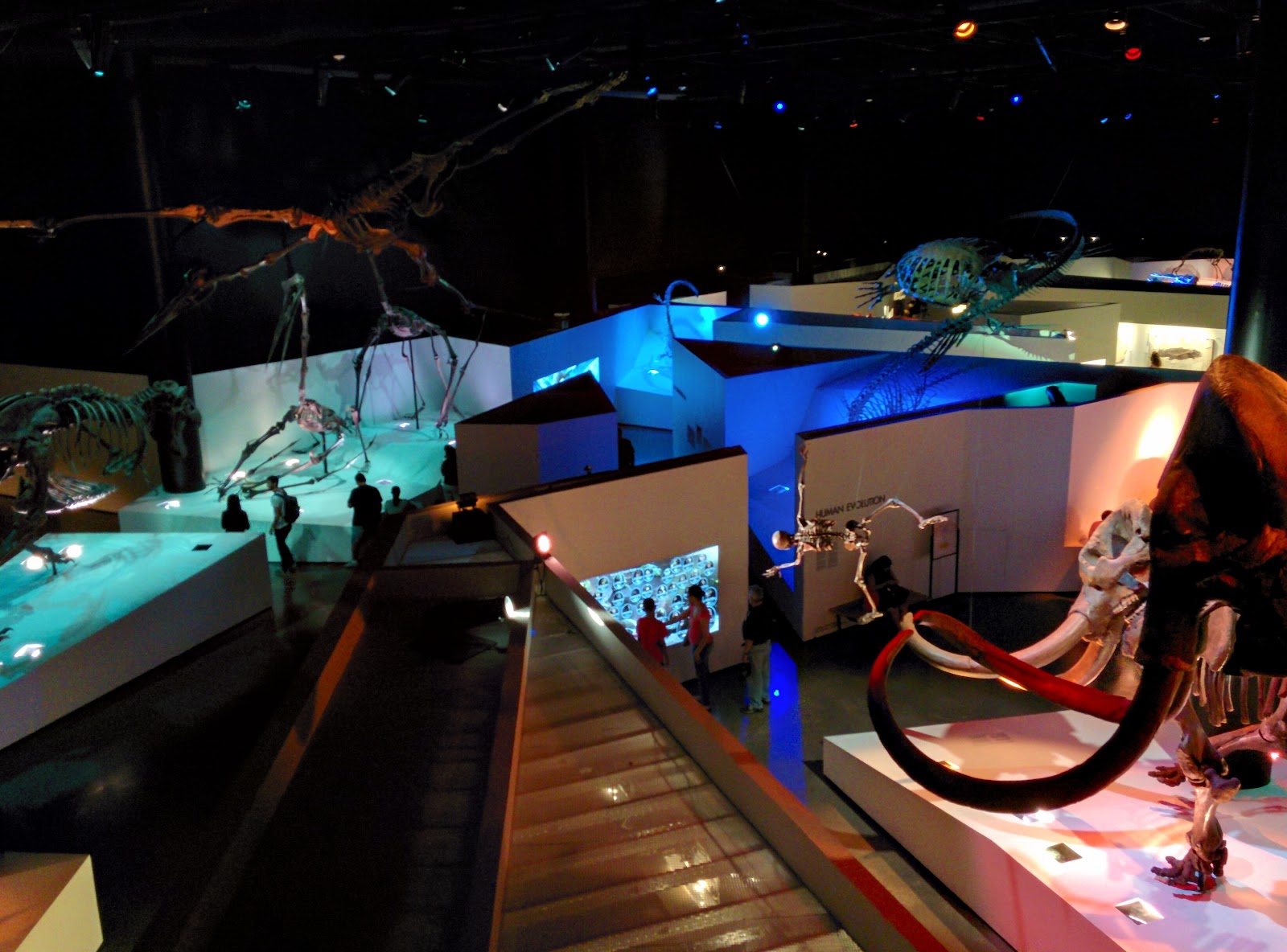 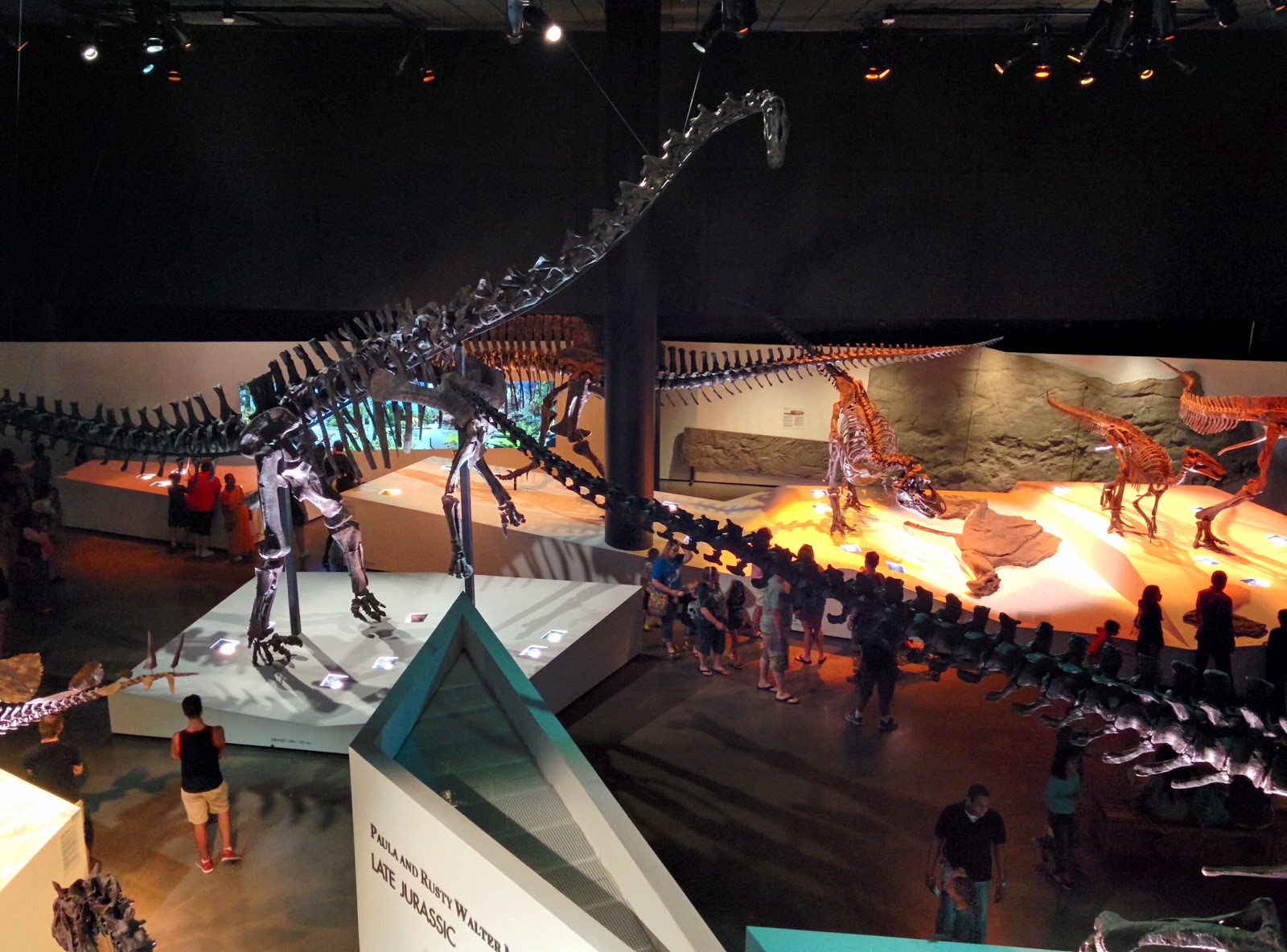 And don’t get me started on the “Energy” exhibit, which read like a propaganda piece on the wonders of fossil fuels. In disbelief, I took photos of the two placards that had anything to say about alternative fuels, and wandered mouth agape through displays of drilling hardware, casino-style drilling games that encouraged you to find “Texas Tea,” and a simulator that has you travel down into an oil well. I get it - oil companies are the folks who funded the museum, together with most of Houston’s cultural scene - but one would think that any self-respecting museum with “science” in the name would temper their “energy” exhibit with some more detailed mention of other energy sources (isn’t solar technically the source of all the rest?) and the impacts of our current fossil fuel dependency (ie climate change). Apparently not. Thanks, BP America and your cousins. 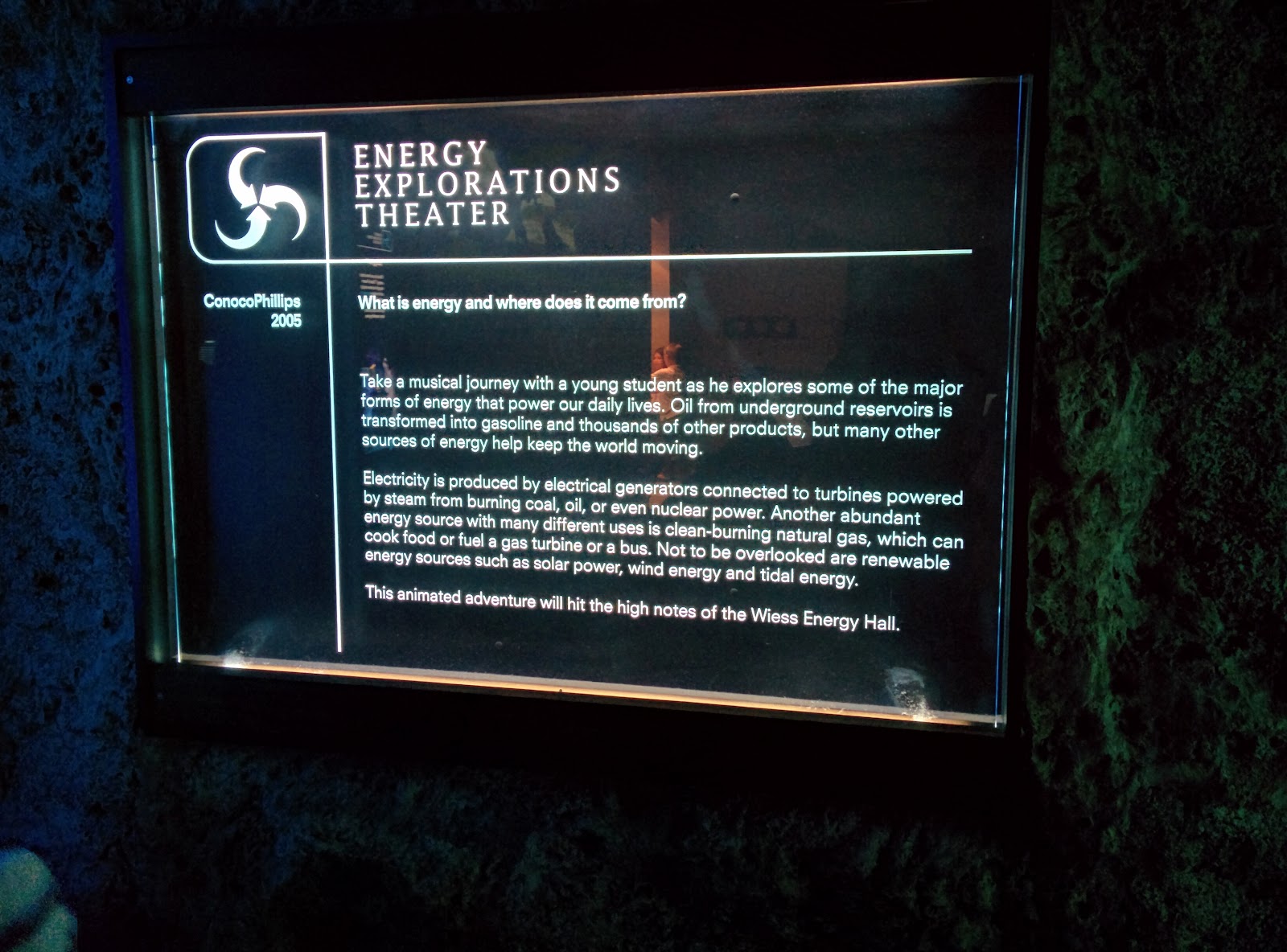 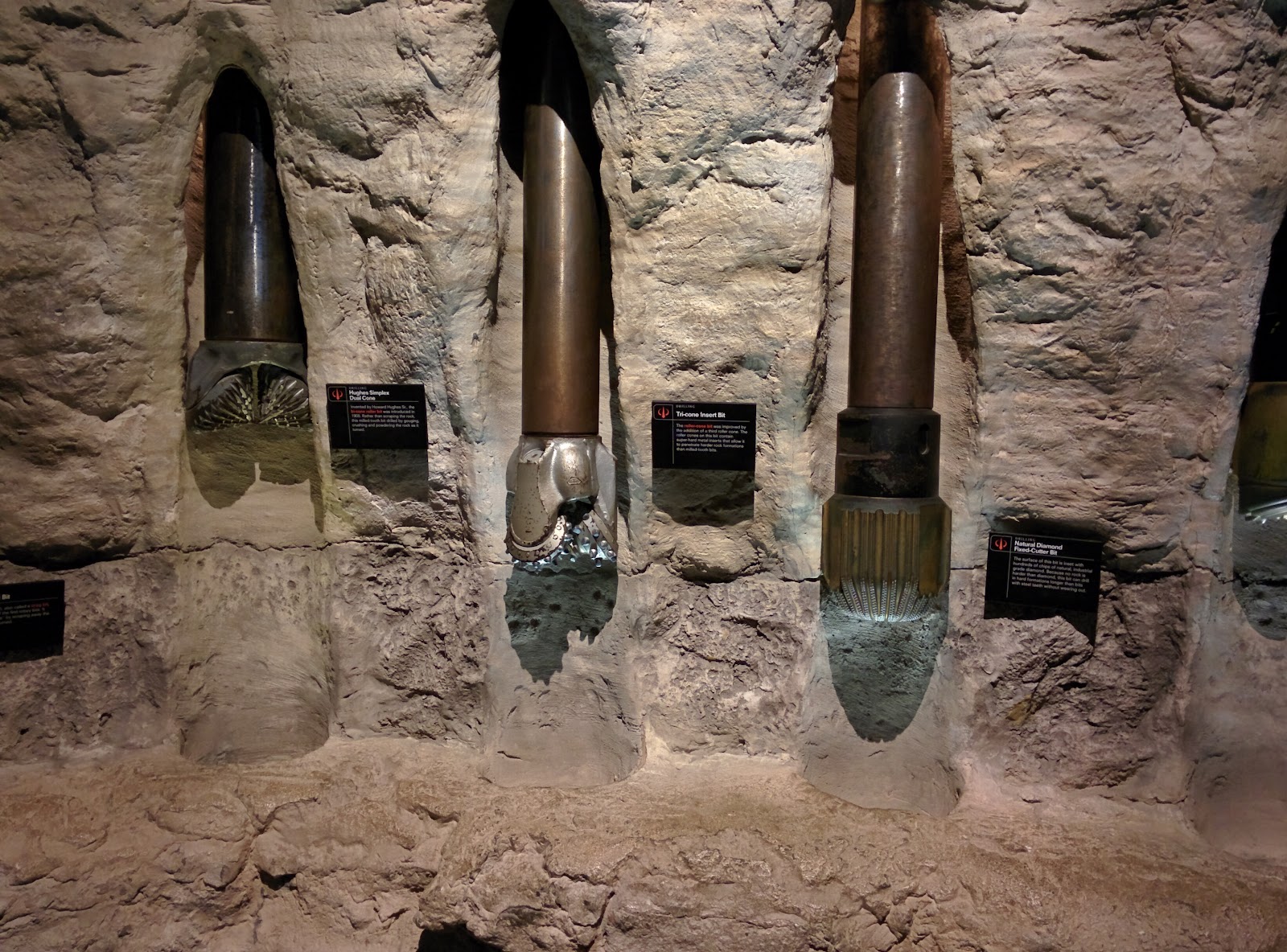 After dispiritedly escaping from the museum, I ate too many tacos at a nearby restaurant, then wandered through the adjacent public garden. There was a cool hill / labyrinth / waterfall thing that I explored. Then I proceeded to the Miller Theater to read Jane Jacobs for an hour and a half while waiting for Star Wars: The Force Awakens. Some folks showed up in costume, which I appreciated, but it was really hot out, which I did not. Finally night fell, and with the theater still nowhere near full, the movie began. At least my fifth viewing of the film made up for the lousy start to the evening! 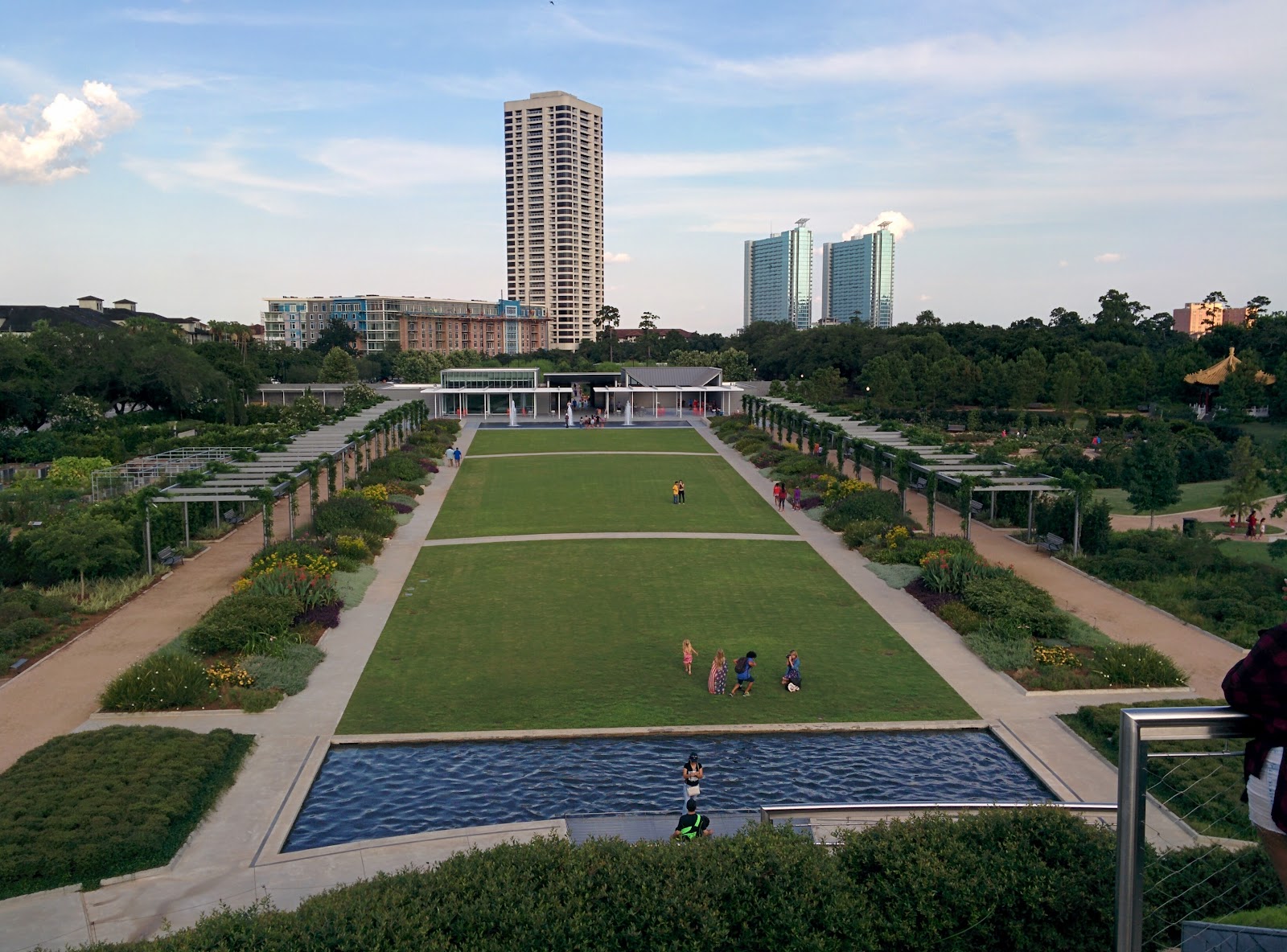 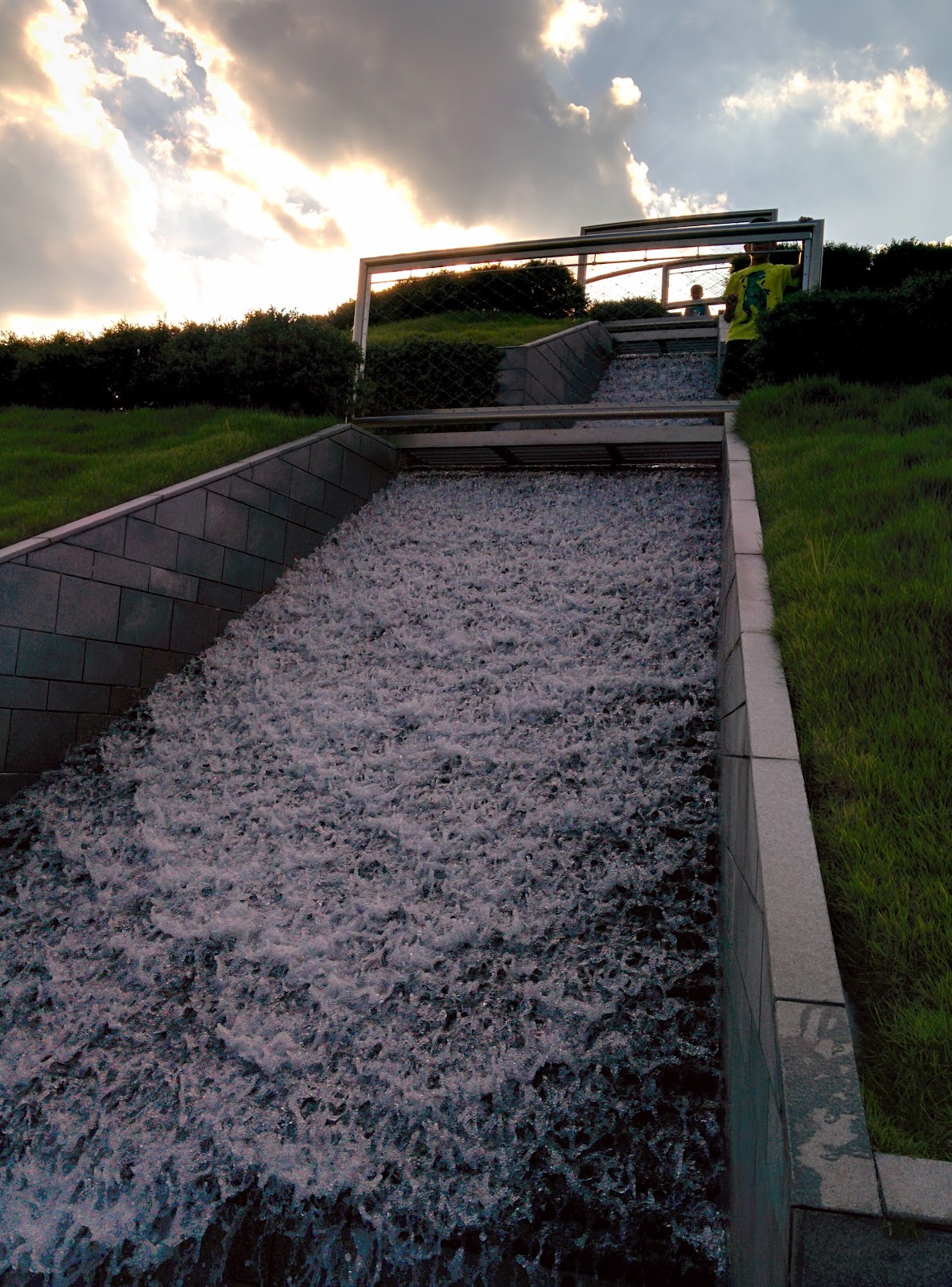 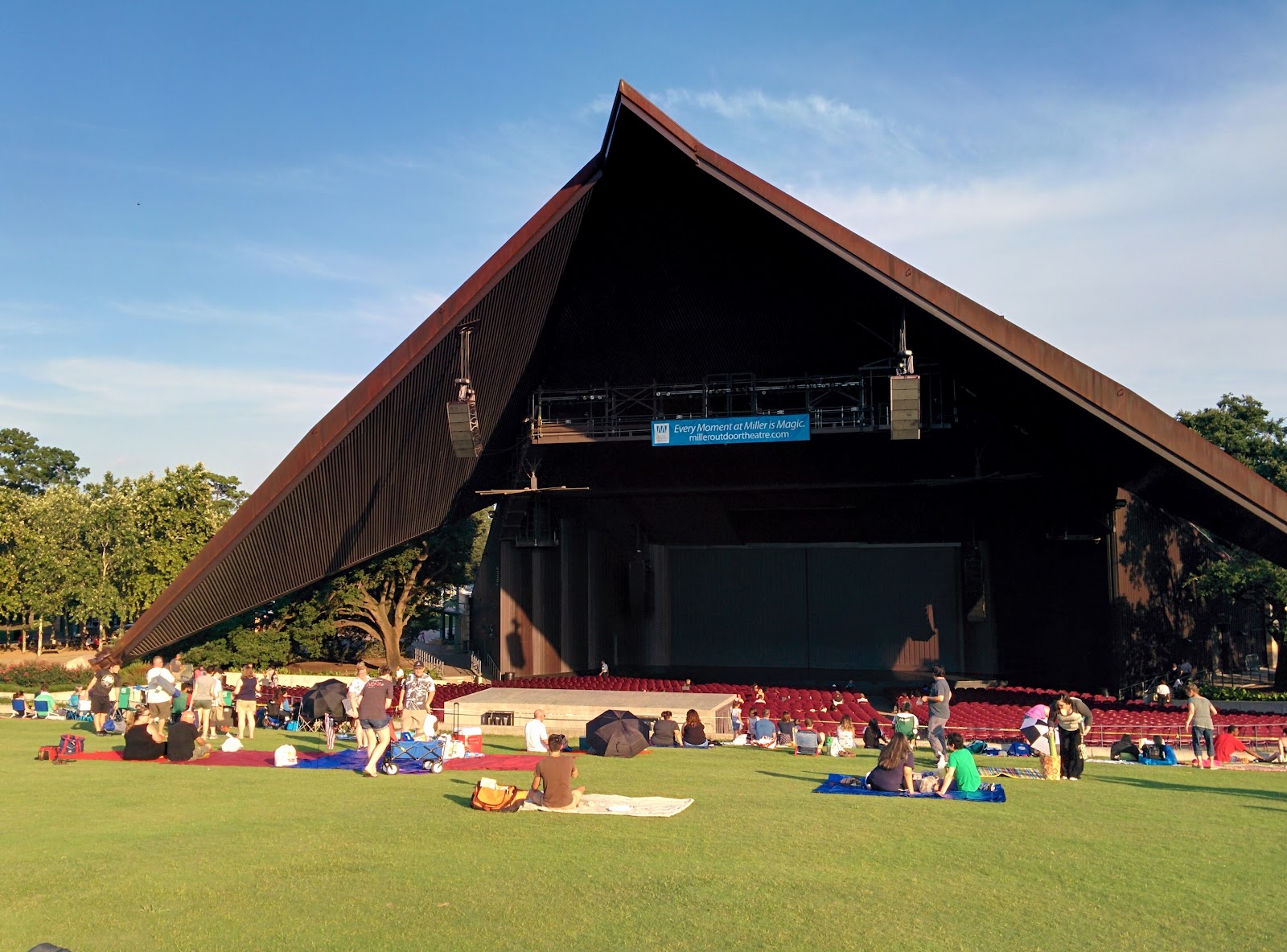 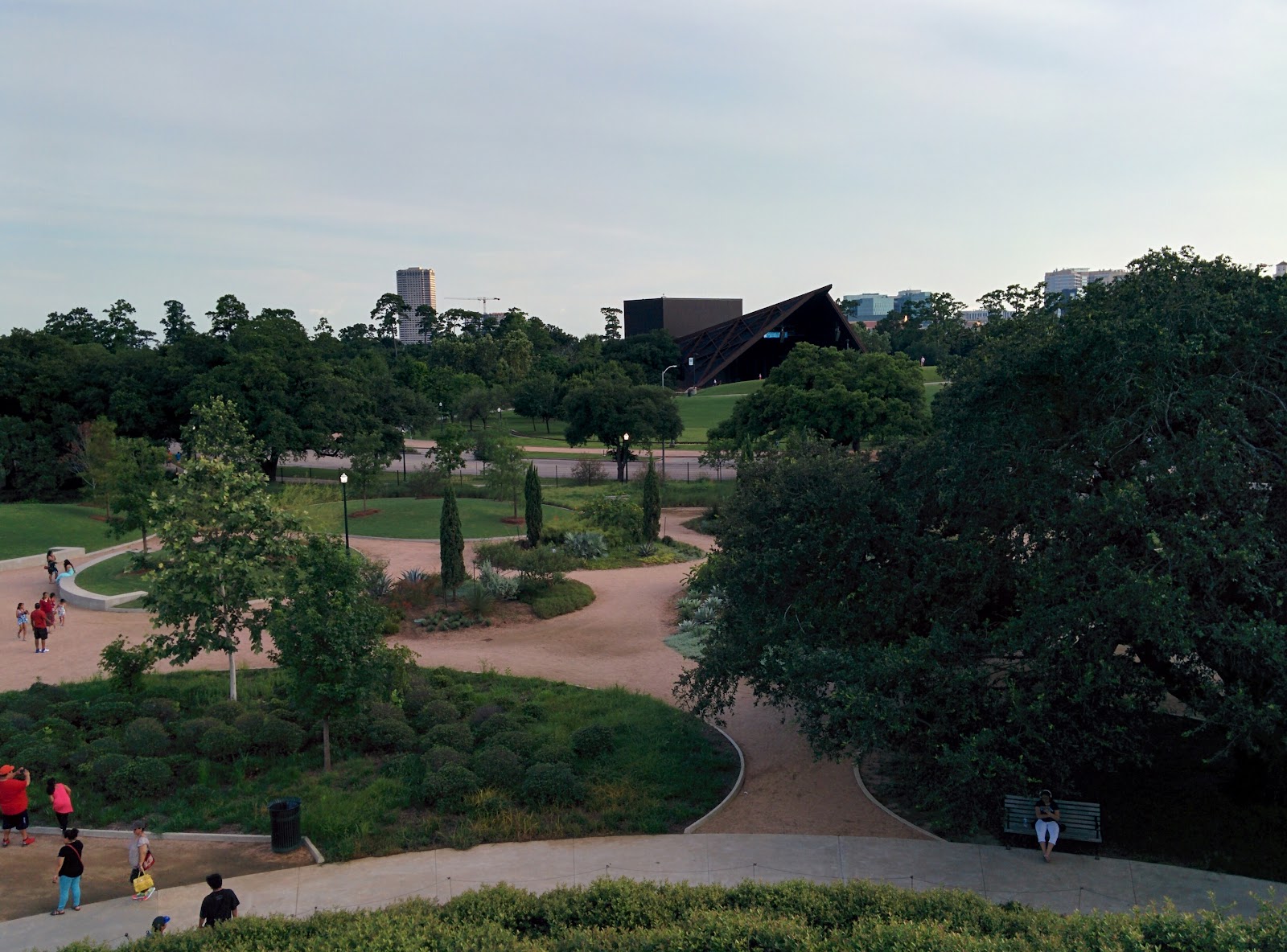 And with that, my exploration of Houston came to a close. I survived the students' final reviews, parent conferences, and departure day, and headed home. Thanks to all my students for a fun term, and good luck on your next adventures!