On the Border: Part II

It’s been over a year since my last post about my trip to the US-Mexico border, but I’m finally getting around to posting the rest of my thoughts and photos. If you want to remind yourself why this is an important topic (aside from the election-year immigration hype), check out the following short documentary. Thousands of unaccompanied minors are still trying to cross into the US from Honduras and Central America.

Our second day at BorderLinks had us up early and on the road to Douglas, Arizona, a border town that neighbors the larger town of Agua Prieta in Mexico. During the two-hour drive, we stopped at Tombstone, AZ, a laughable tourist trap where there was once a pointless gunfight that for some reason has become famous. We wandered around for a bit, marveling at the racist stereotypes on display in the shop windows, before finishing our trip to Douglas. 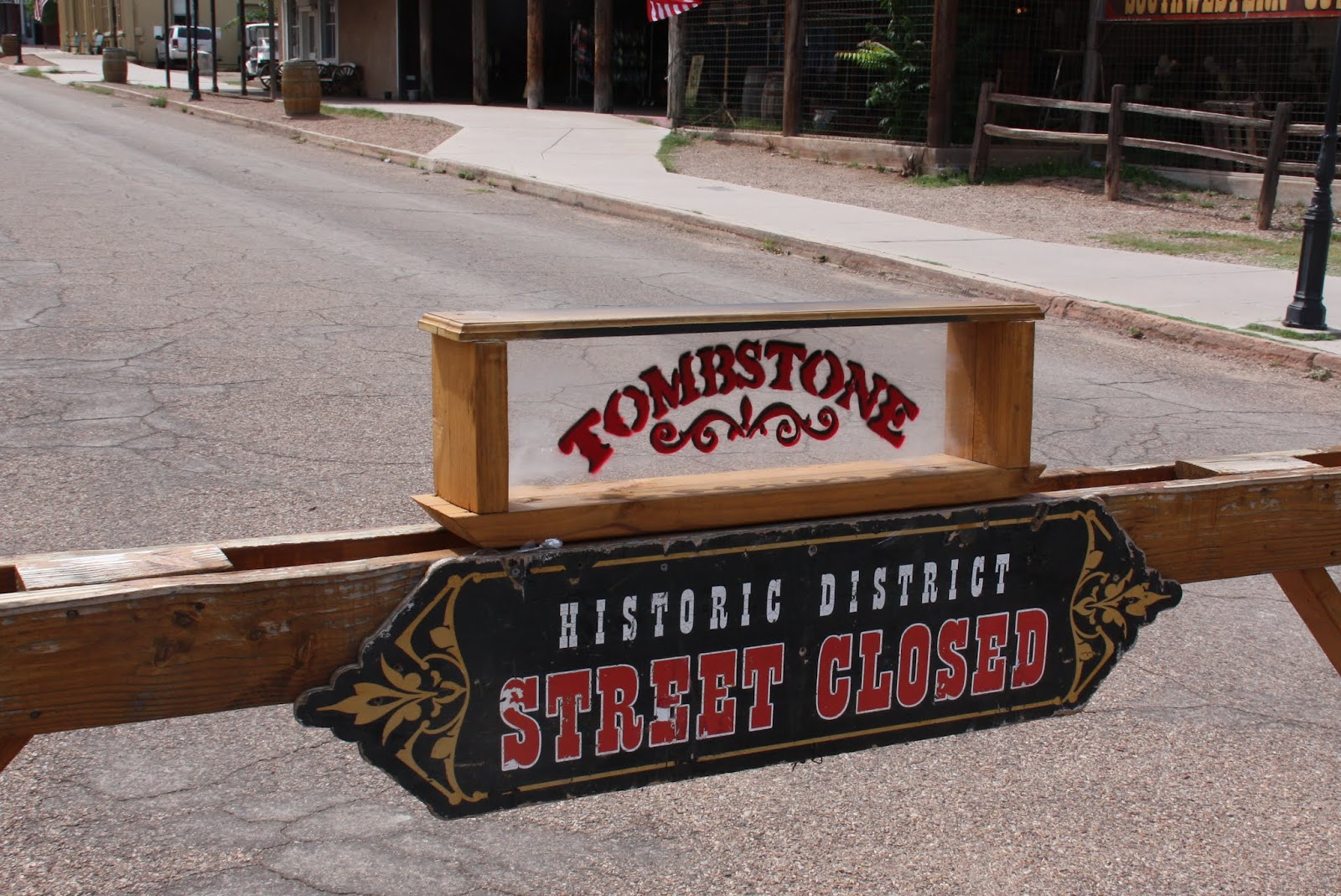 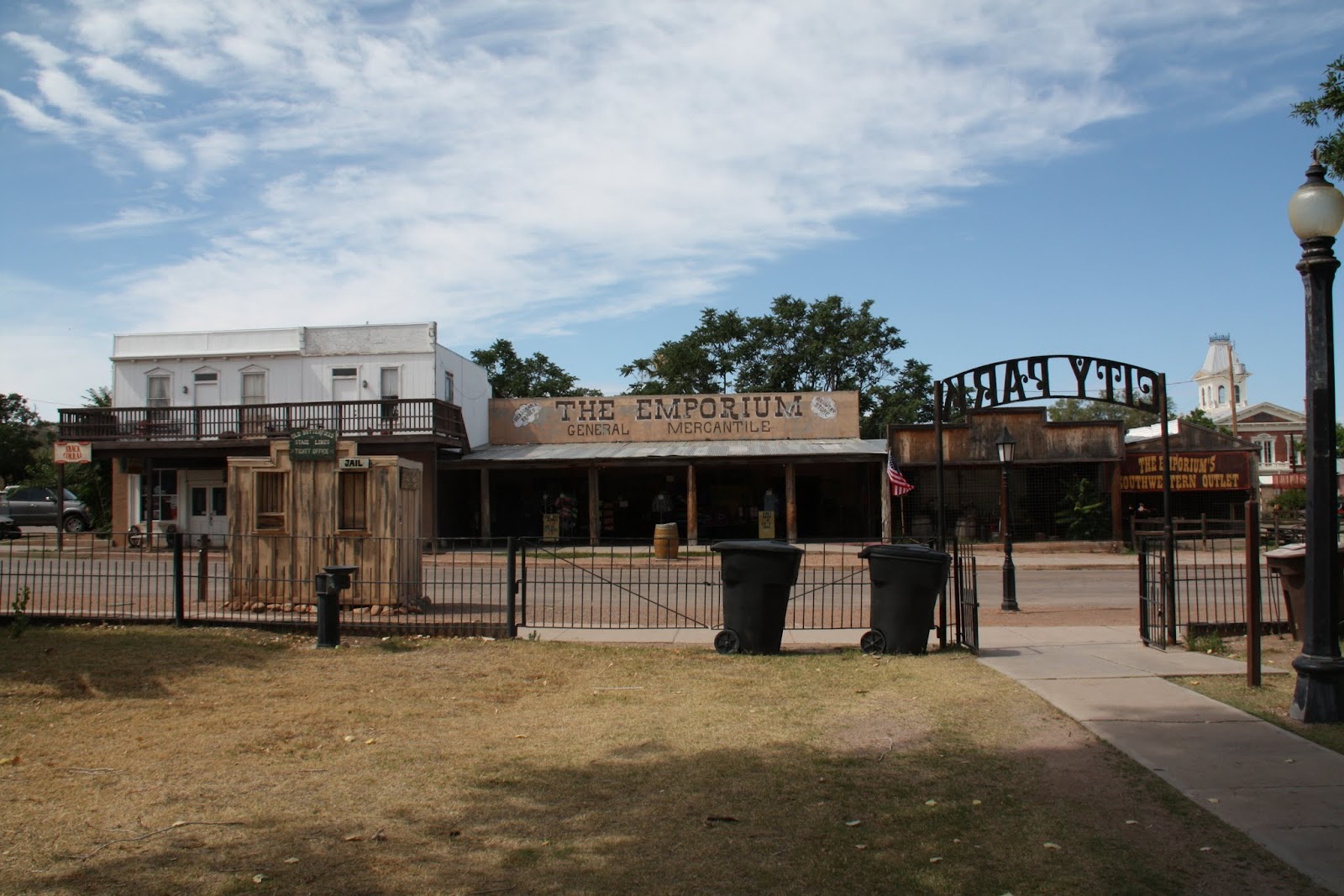 Douglas is a town of about 18,000 people, while neighboring Agua Prieta has around 80,000 people. Our first stop in Douglas turned out to be lunch with the mayor, Danny Ortega Jr. (Mayor Ortega has since stepped down, deciding not to pursue another term.) Our meeting was arranged by Frontera di Cristo, a Presbyterian-founded border ministry, which assists with outreach events like this one. Mayor Ortega had grown up in the area and remembered what the towns were like before the border walls were built. Understandably, his primary concern seemed to be economic progress, and he said that he was pushing for an upgrade to the port to make trade easier. The economy of Douglas relies heavily on Agua Prieta because it is so much smaller, and he described how the two towns would sponsor joint events in the years before the wall. Now his town was suffering because of the trade and travel restrictions it imposed.

After lunch, and much discussion of the wall, we finally got to see the border wall for ourselves. We met with Jack Knox, a retired Mennonite minister who is active in trying to care for migrants and advocating for more humane immigration practices. He and his wife Linda visit the wall every day to pray and look for people in distress. He described the various forms that the wall takes, and we drove along it, able to see it for ourselves. Closest to the official border crossing (the port), the wall is double-layered, metal and mesh, and very tall. From there it transitions to a tall steel panel wall, then to vehicle barricades, and finally to a simple fence. The road along the fence creates a scar on the landscape that seems to have no end. US Customs & Border Patrol is stationed along its length every few hundred yards - at least near the town - in their white and green trucks, watching it. Our little group grew exhausted from the heat after being outside only a few minutes in the brutal July sun. We would learn later about the many casualties, often youths, who have been shot while climbing the wall, including American citizens. The Border Patrol often cannot tell the difference between American and Mexican citizens, and the shoot-first-ask-questions-later mentality that seems to be shaking the nation this year appears to be quite common at the border. 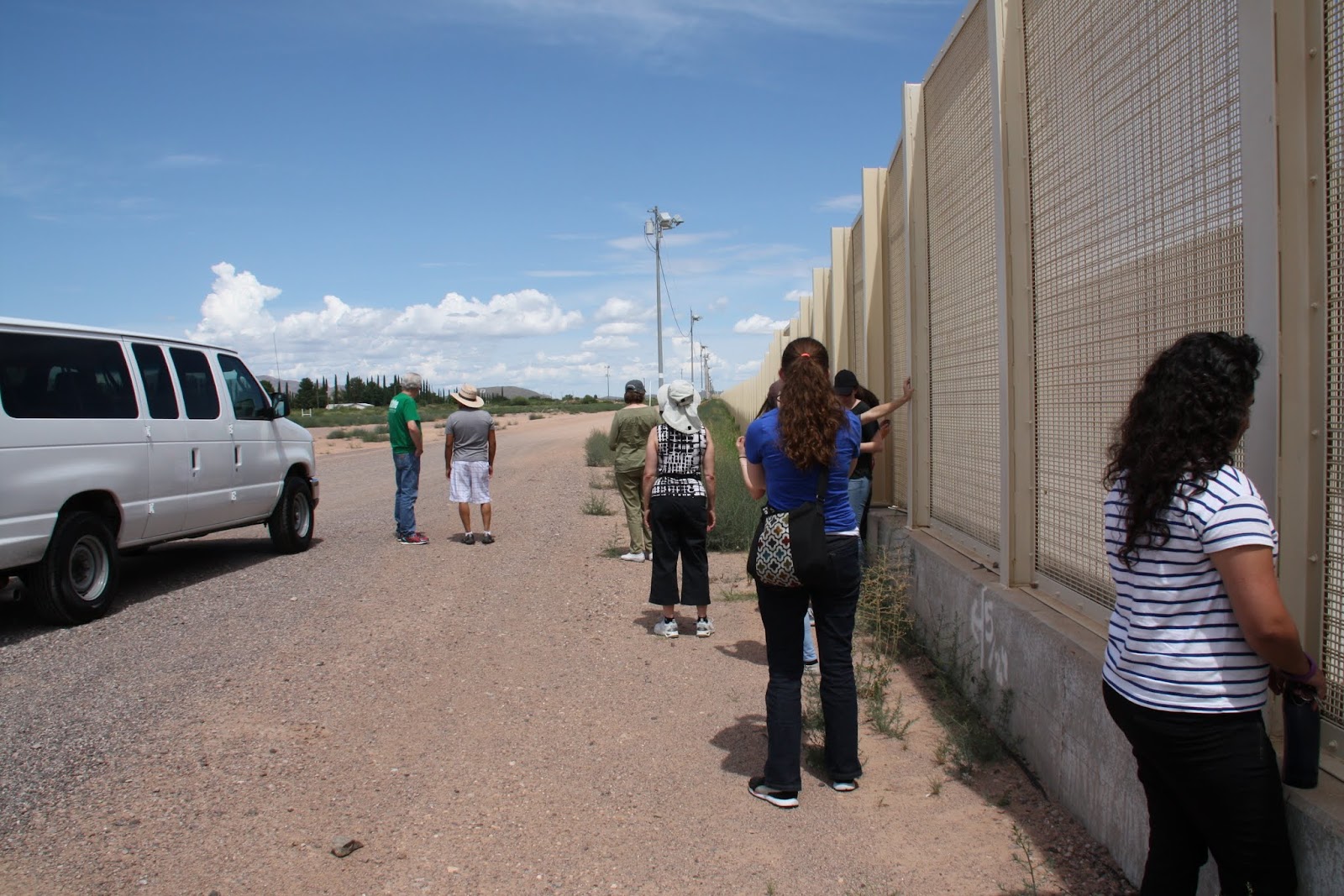 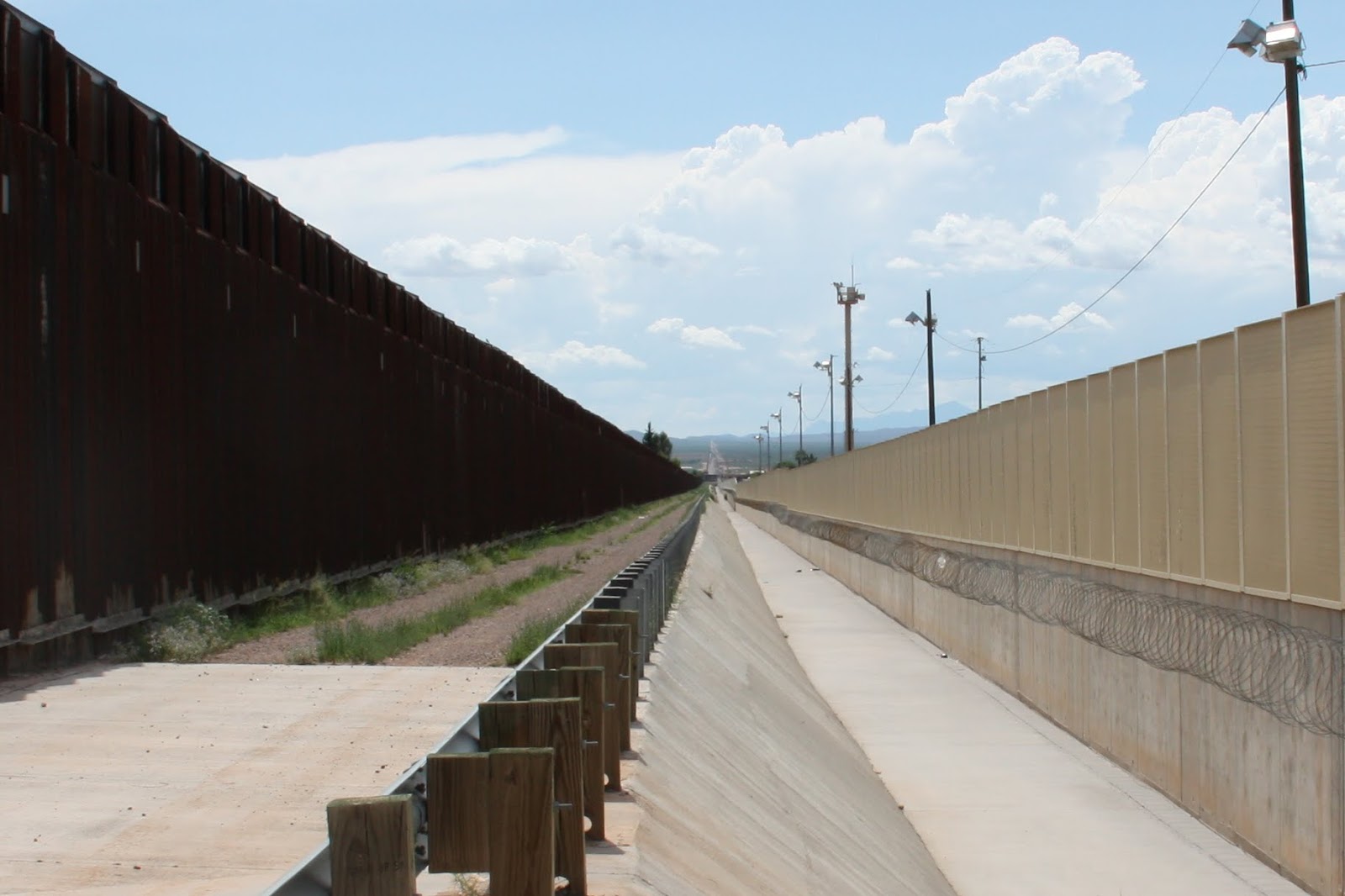 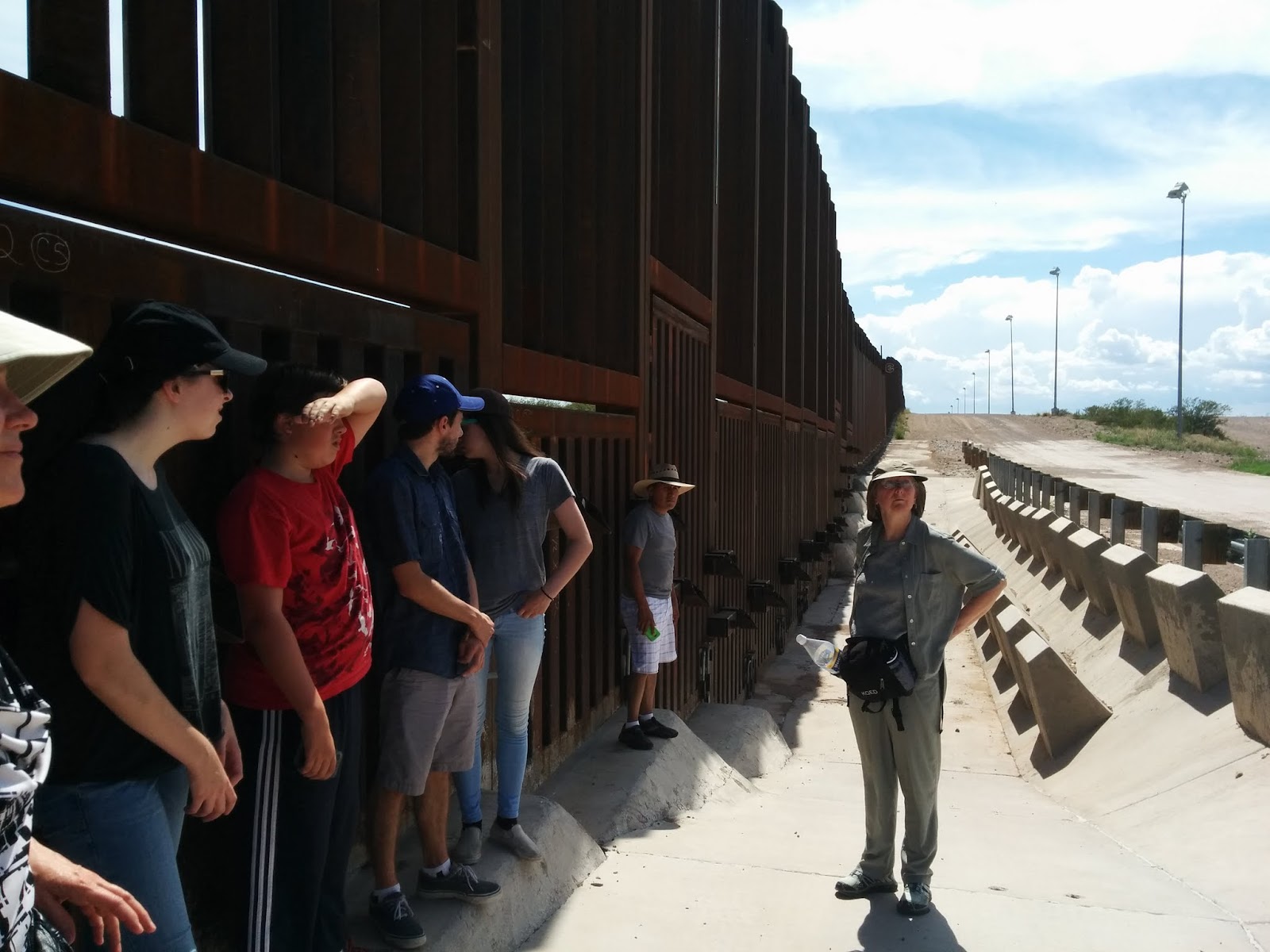 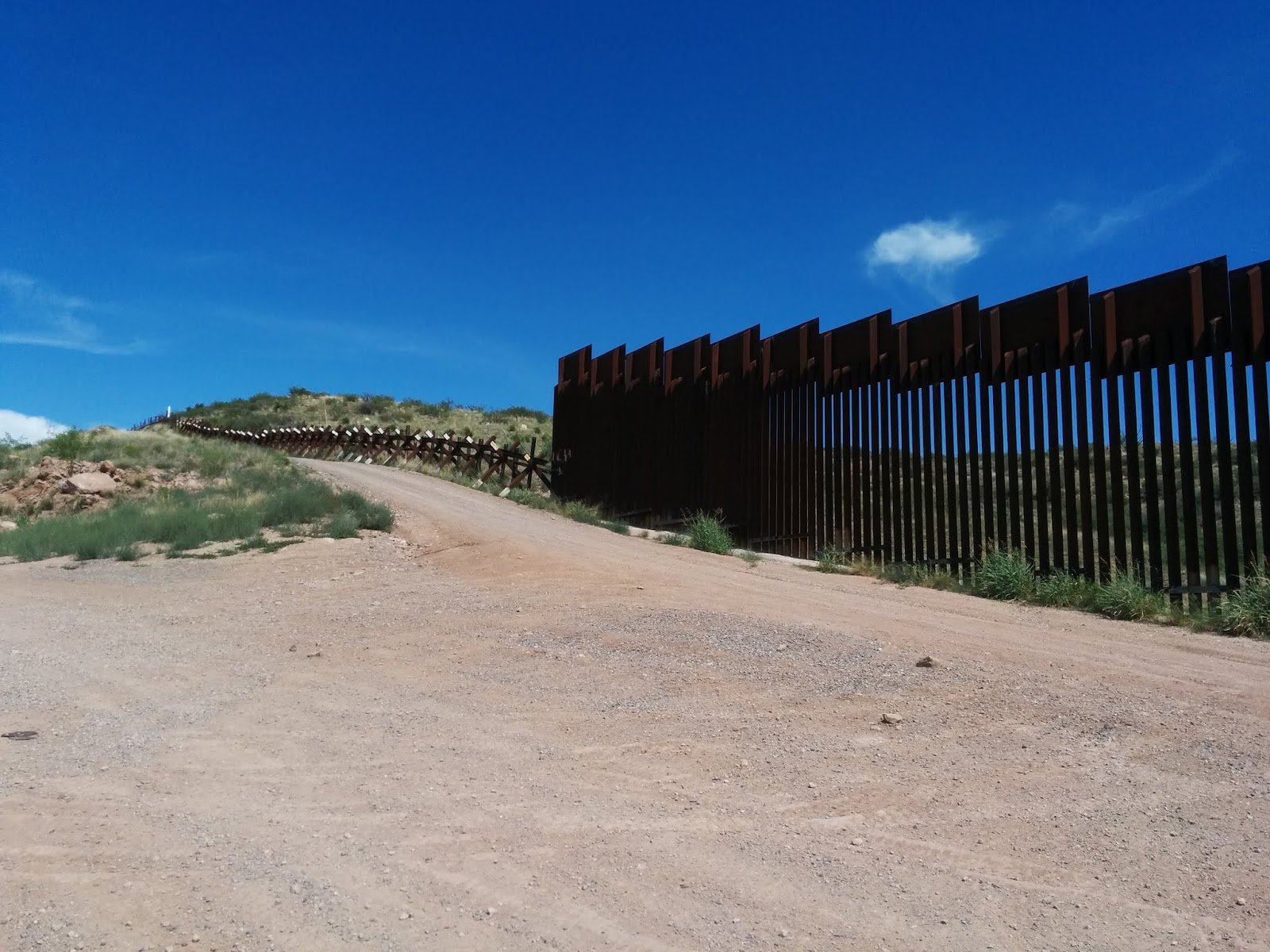 The net result of this mish-mash of walls, fencing, and barricades is that people trying to cross illegally into the US are attempting their crossings further and further out in the desert, where the crossing is less guarded but more physically difficult. I do not believe that people will stop trying to cross even if we were to build a massive wall all the way along the border. (Based on our later meeting with Border Patrol, it appears that determined people have found plenty of ways to subvert the walls we do have.) Instead, the walls seem to cause needless deaths from exposure as the most vulnerable people try to cross in the least safe locations. Looking out at the desert, it seemed insane to try to build a wall along the entire length of the border. What good would it do? People in desperation always find a way over, under, or around any obstacle. The harms, on the other hand, seem very concrete: more people dying, a massive waste of resources, and environmental degradation. This architectural obstacle is a fool’s solution to the problem of immigration, which is really caused by grinding poverty and systemic violence. Unless we solve those root problems, erecting higher and longer walls will do nothing but hurt more people. 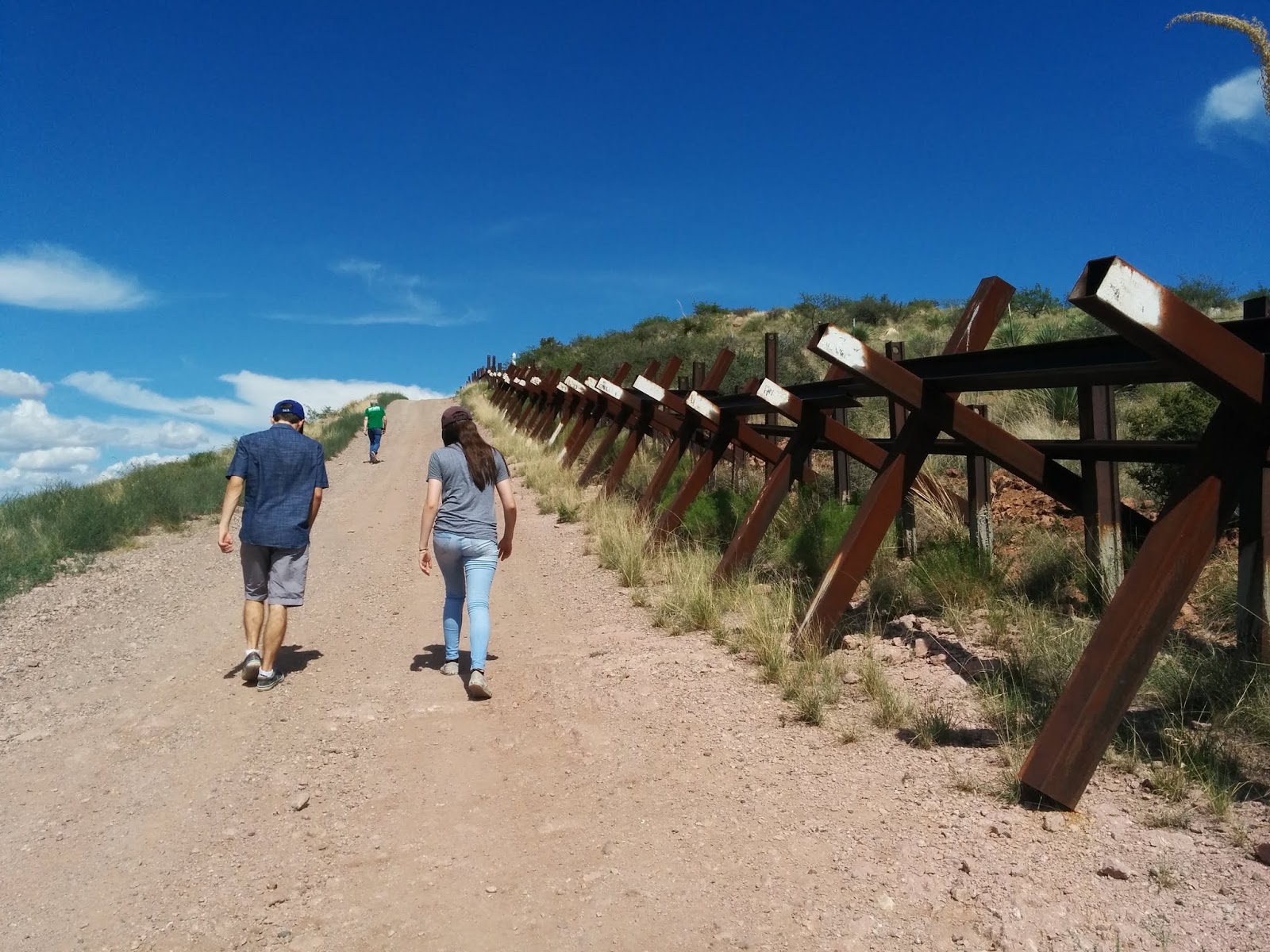 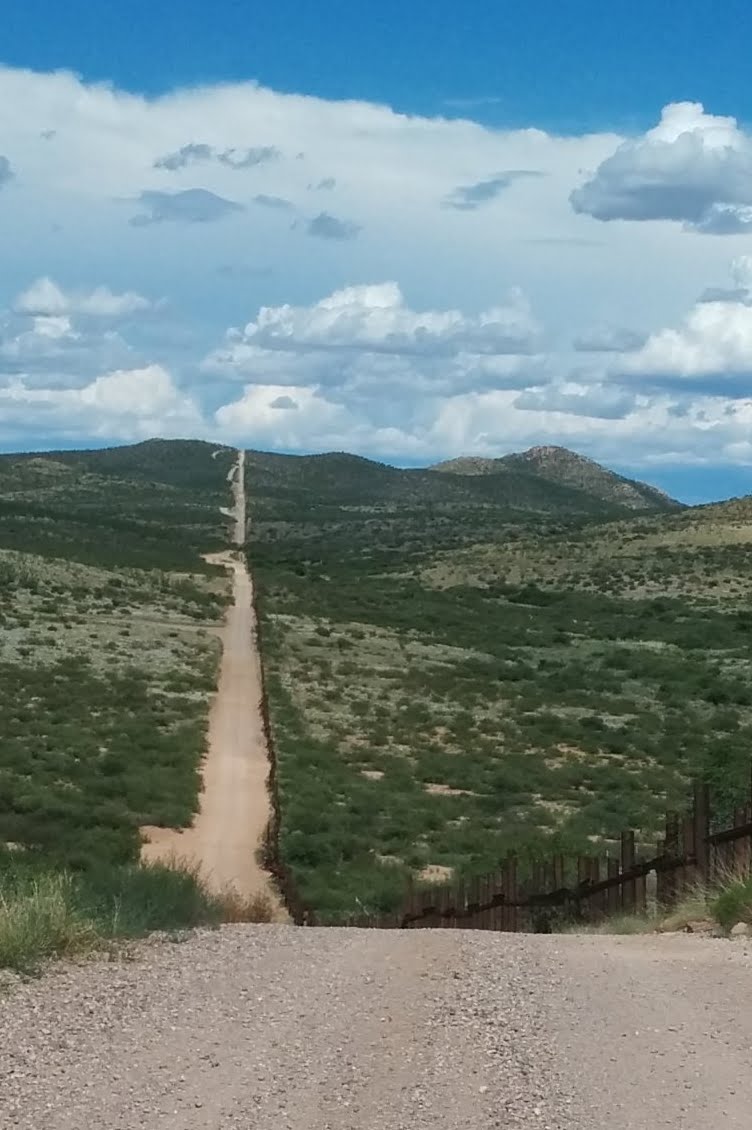 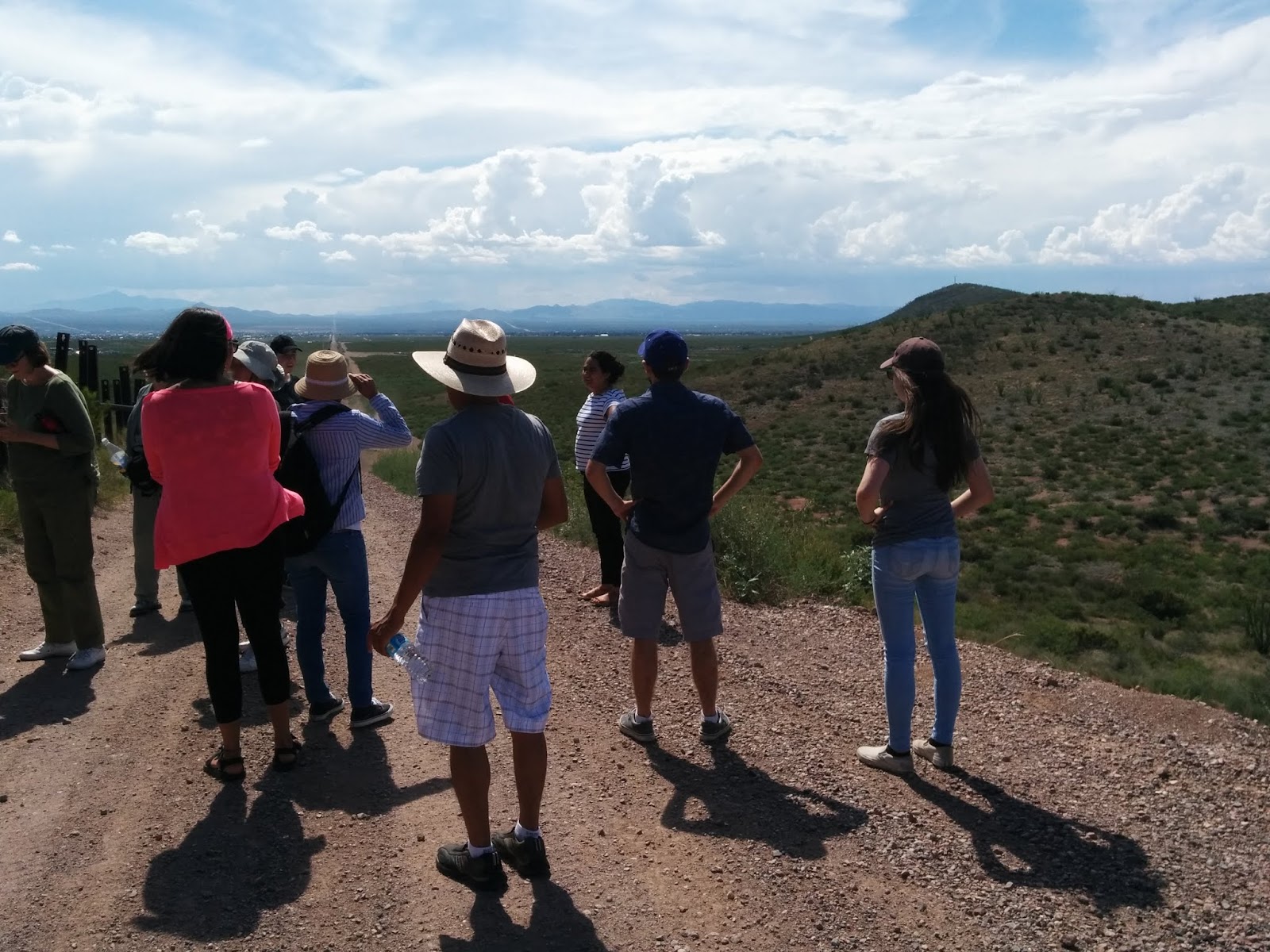 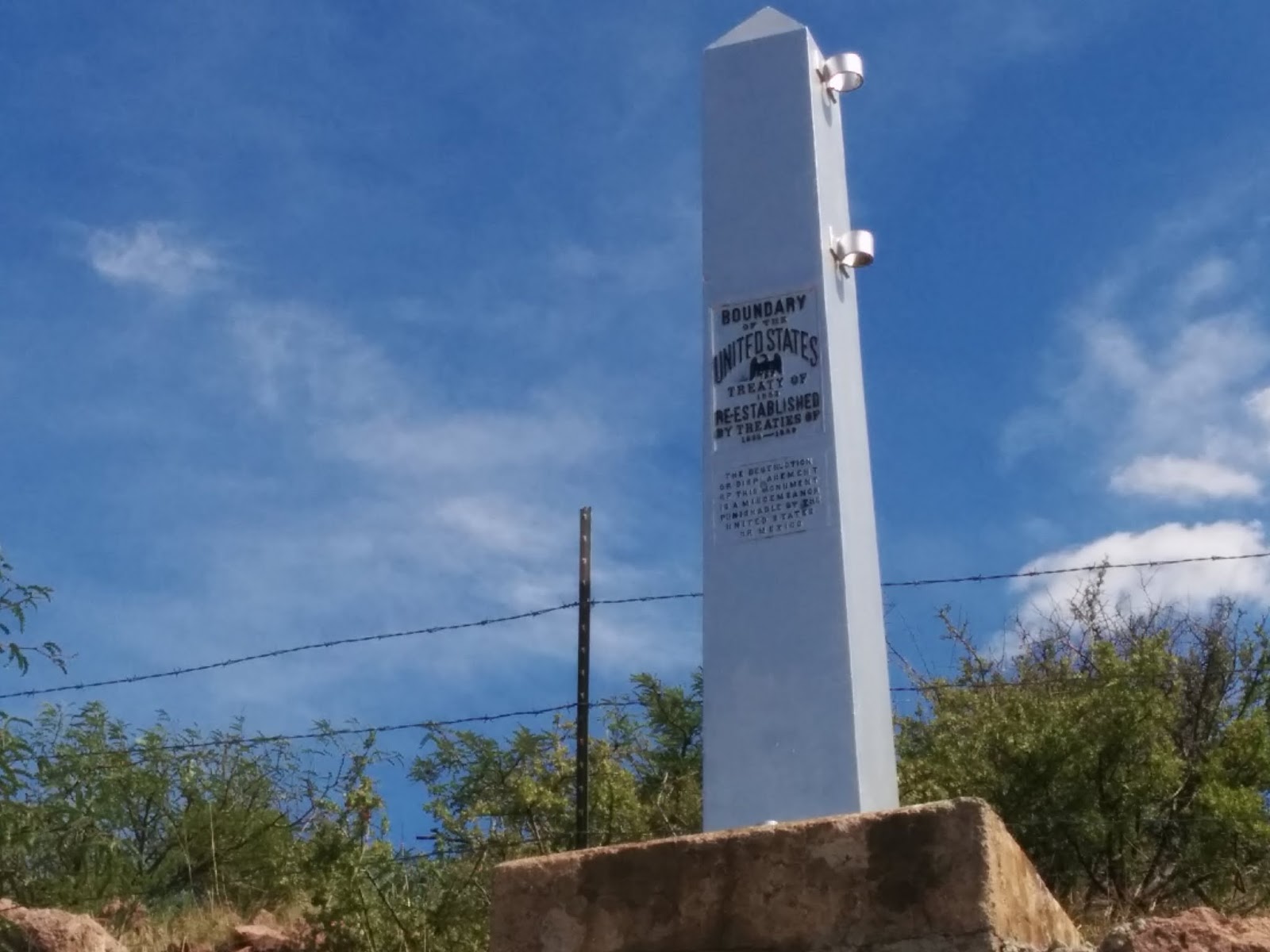 We spent a short time at Frontera di Cristo’s offices afterwards to cool down, then attended the border vigil that Jack and Linda host every week. They said that in all the many years they have been doing this, they have never had to hold the vigil by themselves; someone else always shows up. That week, it was our group and a few others. We walked down the main road leading to the border crossing and laid crosses on the sidewalk in memory of those who have died in the desert trying to reach safety in the US. We laid over 200 crosses, but there have actually been many more deaths than that. While we walked, it started to rain, and the smell of rain and cars was very strong. It was the first time I had seen rain for some time, and I still remember feeling grateful for it. 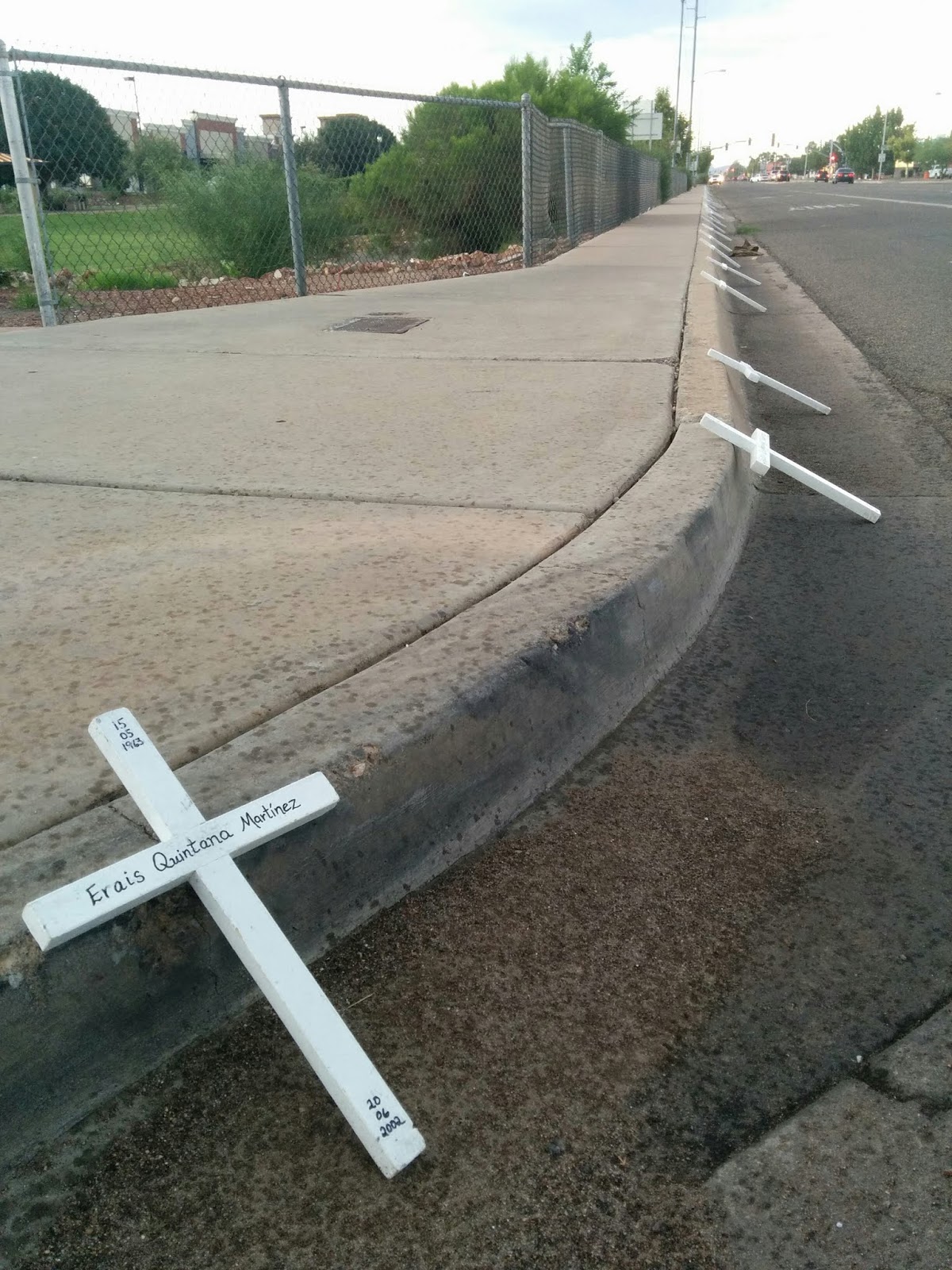 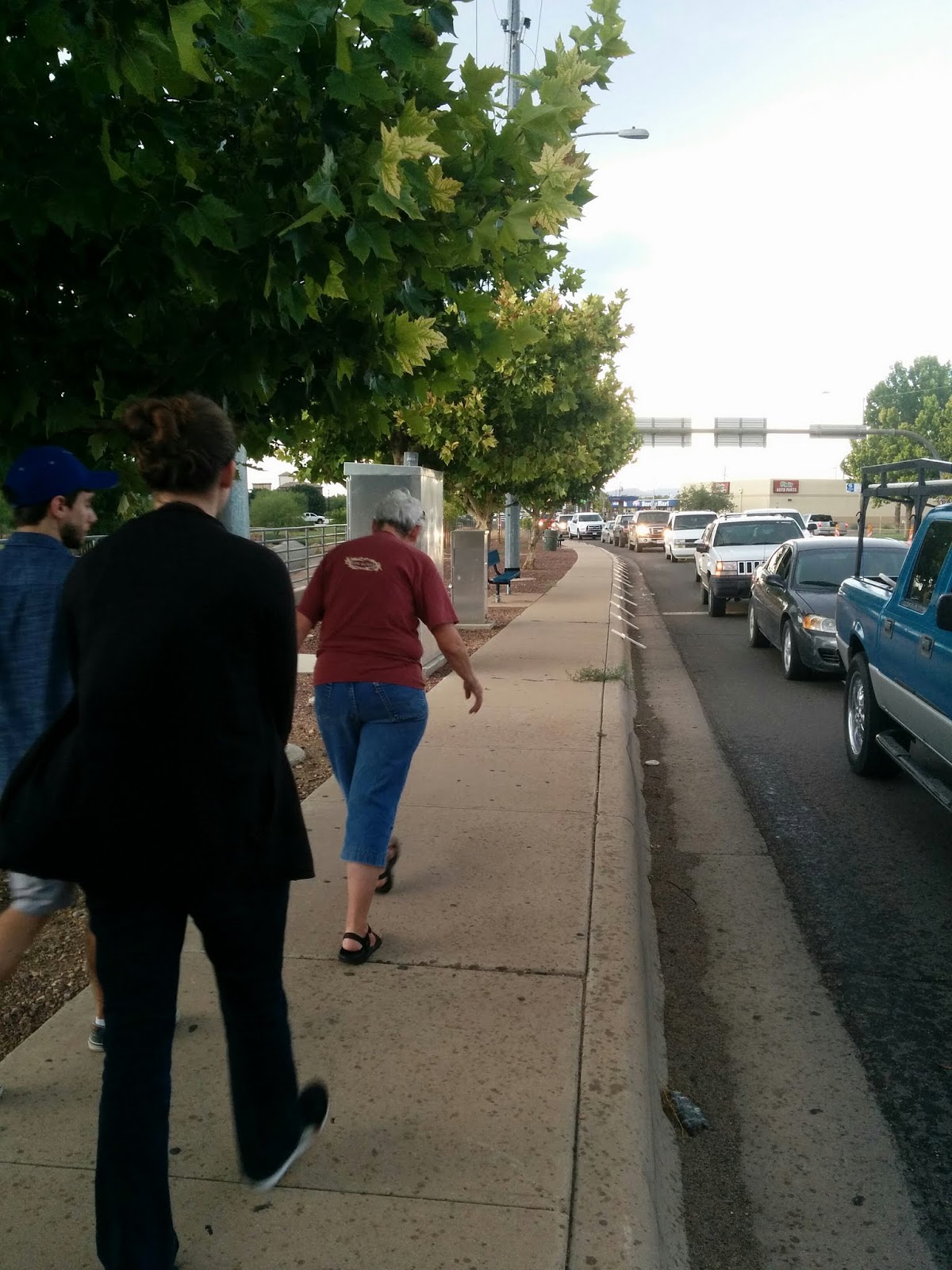 We had dinner at Jack and Linda’s home, then spent the night at the house of a sympathetic Border Patrol officer, who happened to be out of town and let us use his home. As you can imagine, there are those who feel strongly that the Border Patrol does have good work to do - preventing drug and weapons smuggling, etc - and who feel that changes in their methods related to the treatment of migrants can come from within.

Our next adventure: crossing the border ourselves! In Part III.