On the Border: Part IV

For the entire trip, we’d heard about the hazards of crossing the border through the desert, and now it was finally our turn to see what it was like for ourselves. We drove out to the home of Ed Lord, a member of the Green Valley Samaritans, who lives in an affluent retirement community on the edge of the desert. The Samaritans are an organization dedicated to saving the lives of people in the desert. They know the landscape and walk the trails looking for people in need. We followed him to the home of a friend that adjoins land owned by the local mining company. During our walk, an enormous plateau of tailings was visible in the distance, like an unnatural ridge, with tiny tractors running across it. 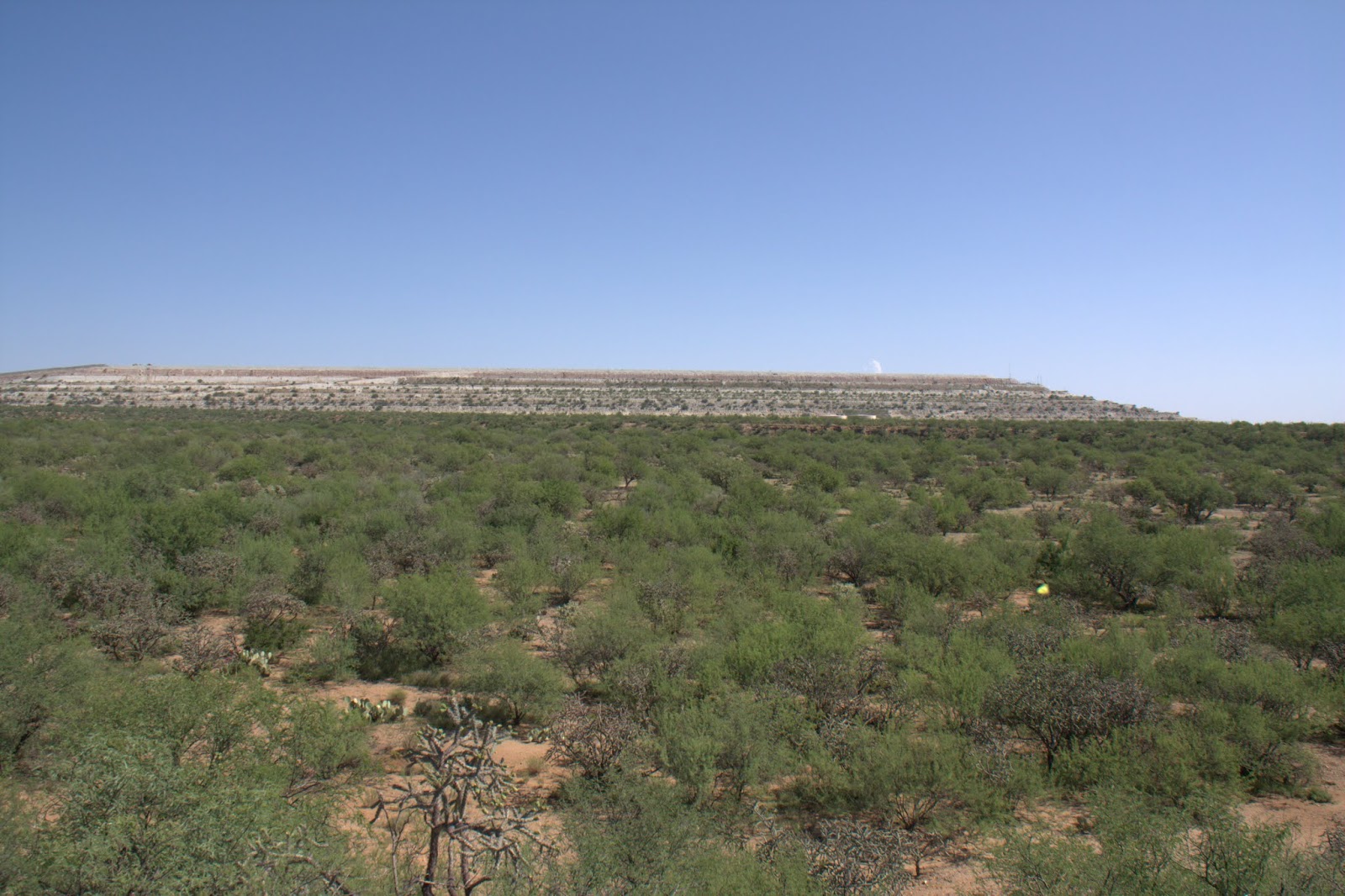 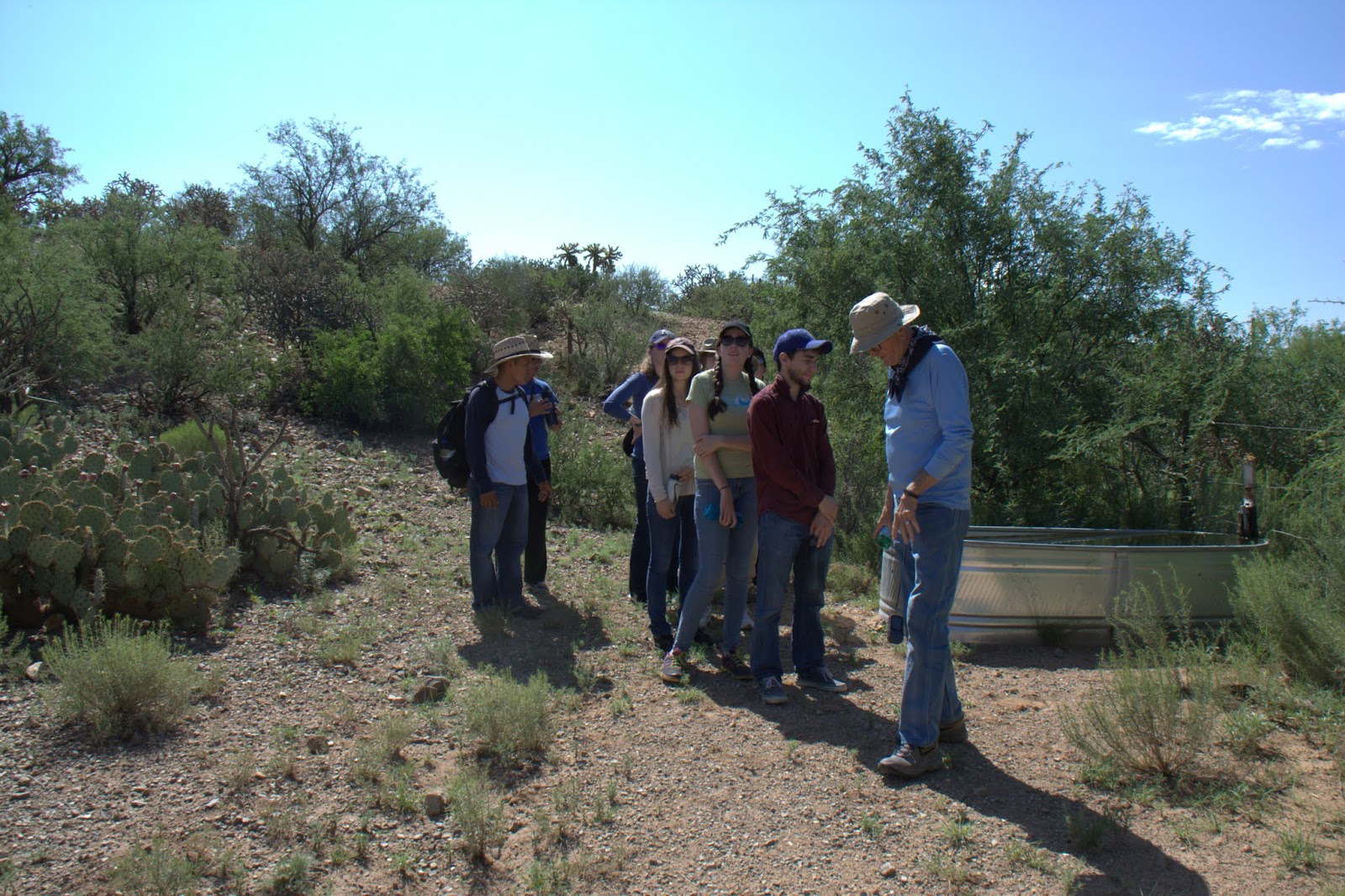 We left early in the morning, around 9 am, and it was already 100 degrees and full sun. Ed showed us his collection of items he’d found in the desert, dropped by migrants, including clothes, shoes, backpacks, and even a notebook with Spanish-to-English phrases. He pointed out more items as we walked. We noted the cow tanks: water left out for cows that is fine for them to drink, but after sitting out for weeks or months, becomes poisonous to humans; unwary migrants have tried to drink this water only to become worse off than before. We all wore long sleeves and pants to protect against the thorny plants; in this desert, every plant has spines, not just the cacti. Nearly everyone in our group got spines stuck to their pants or shoes. 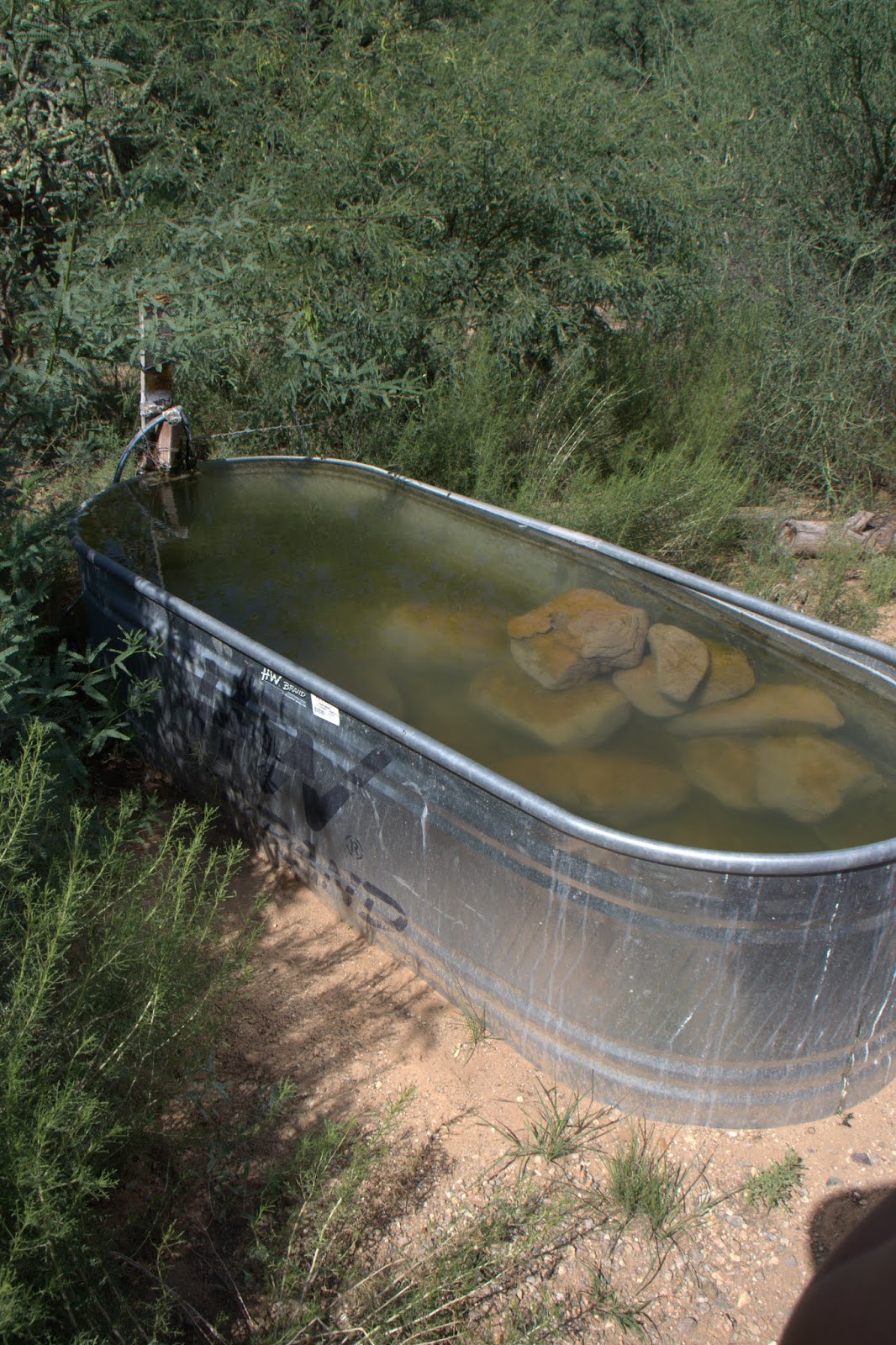 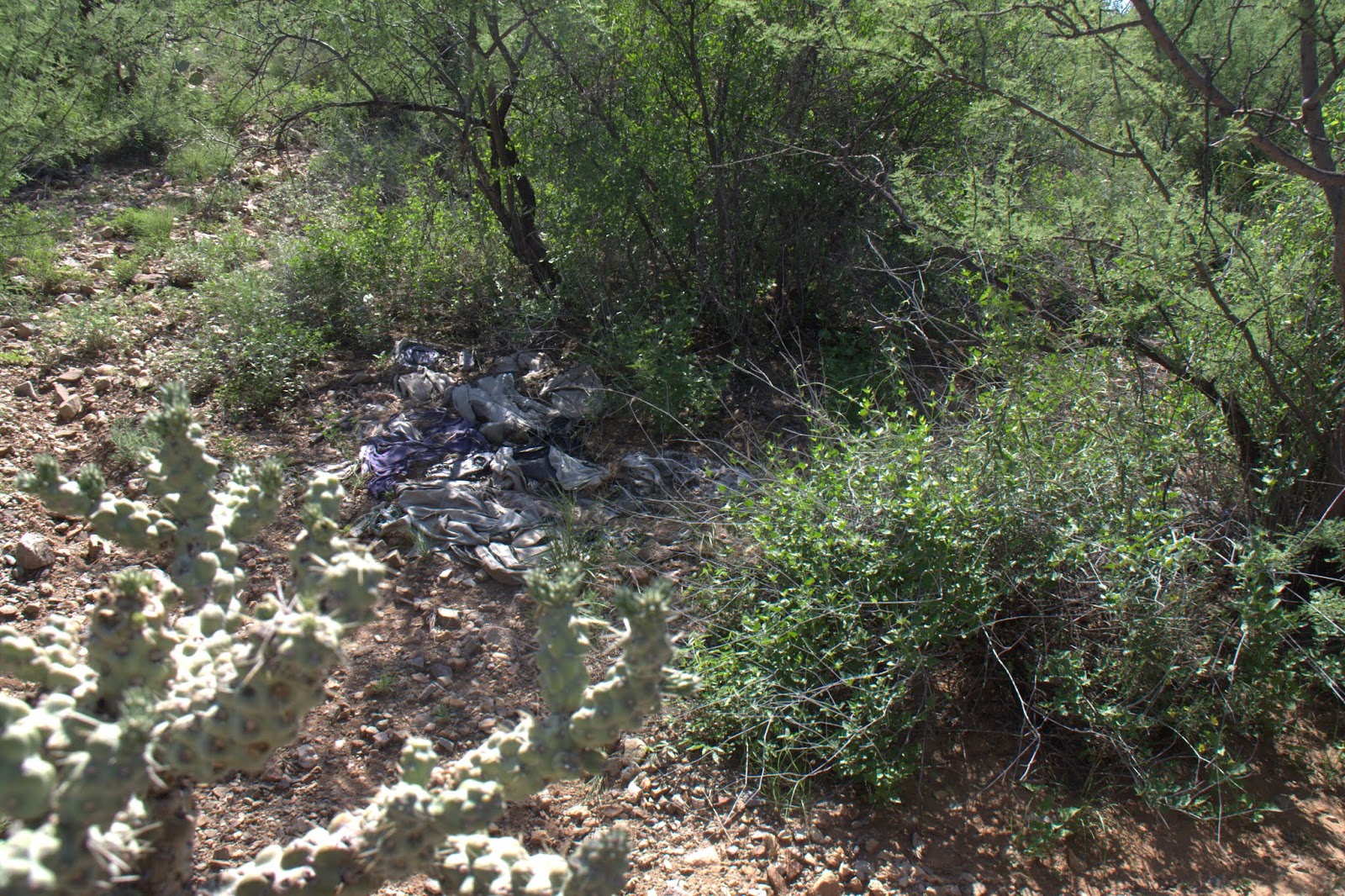 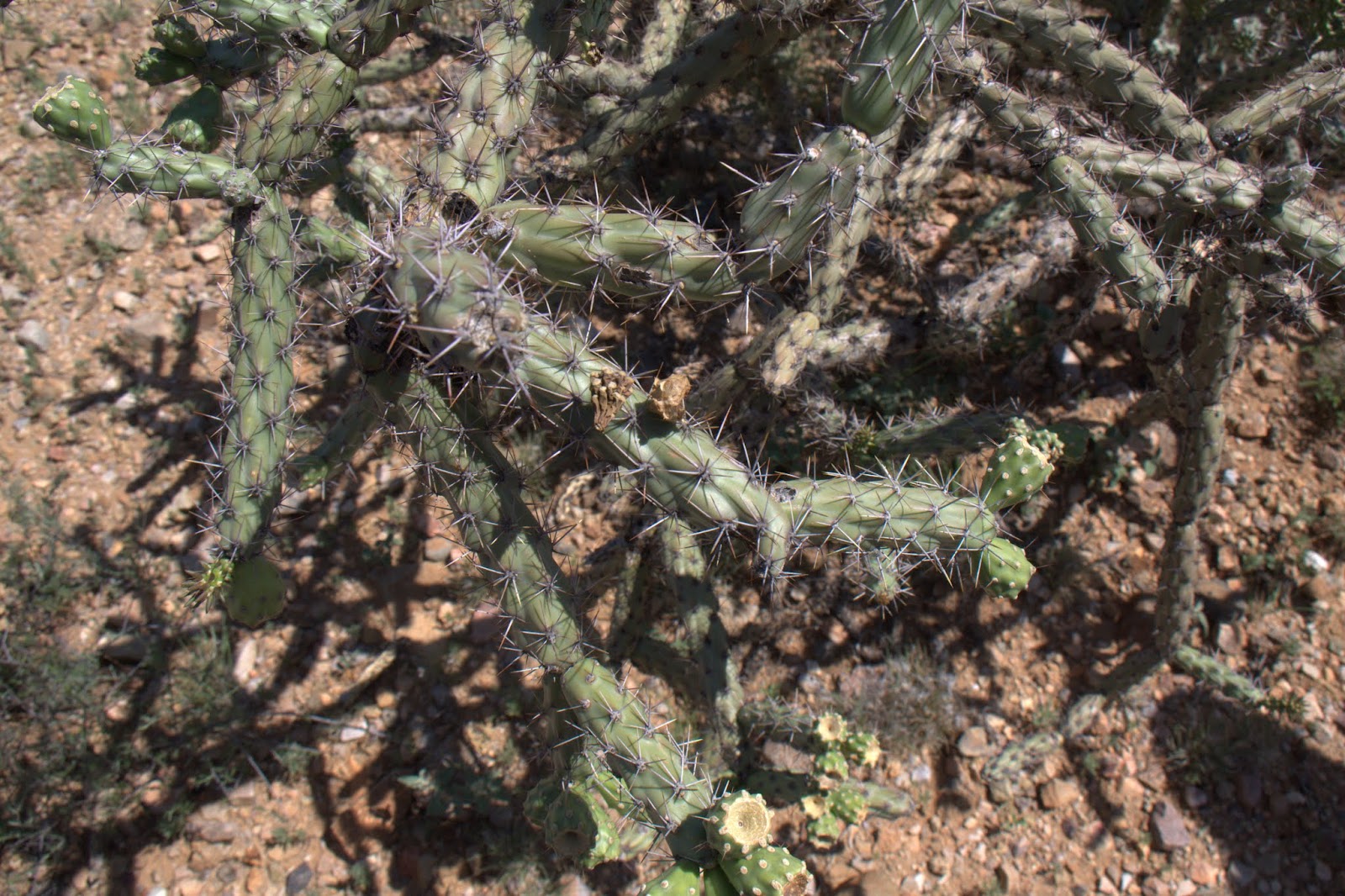 The purpose of our walk was to visit the sites where the bodies of three migrants were found back in 2009. The sites were close together and less than a mile from the ranch where we started. Only these three people have been found in this area, although from the rubbish along the way, it was clear that many more people had passed through. The three sites are marked with small crosses and rocks. It’s unknown if the three people, two men and a woman, were traveling together or were related; they have never been identified. 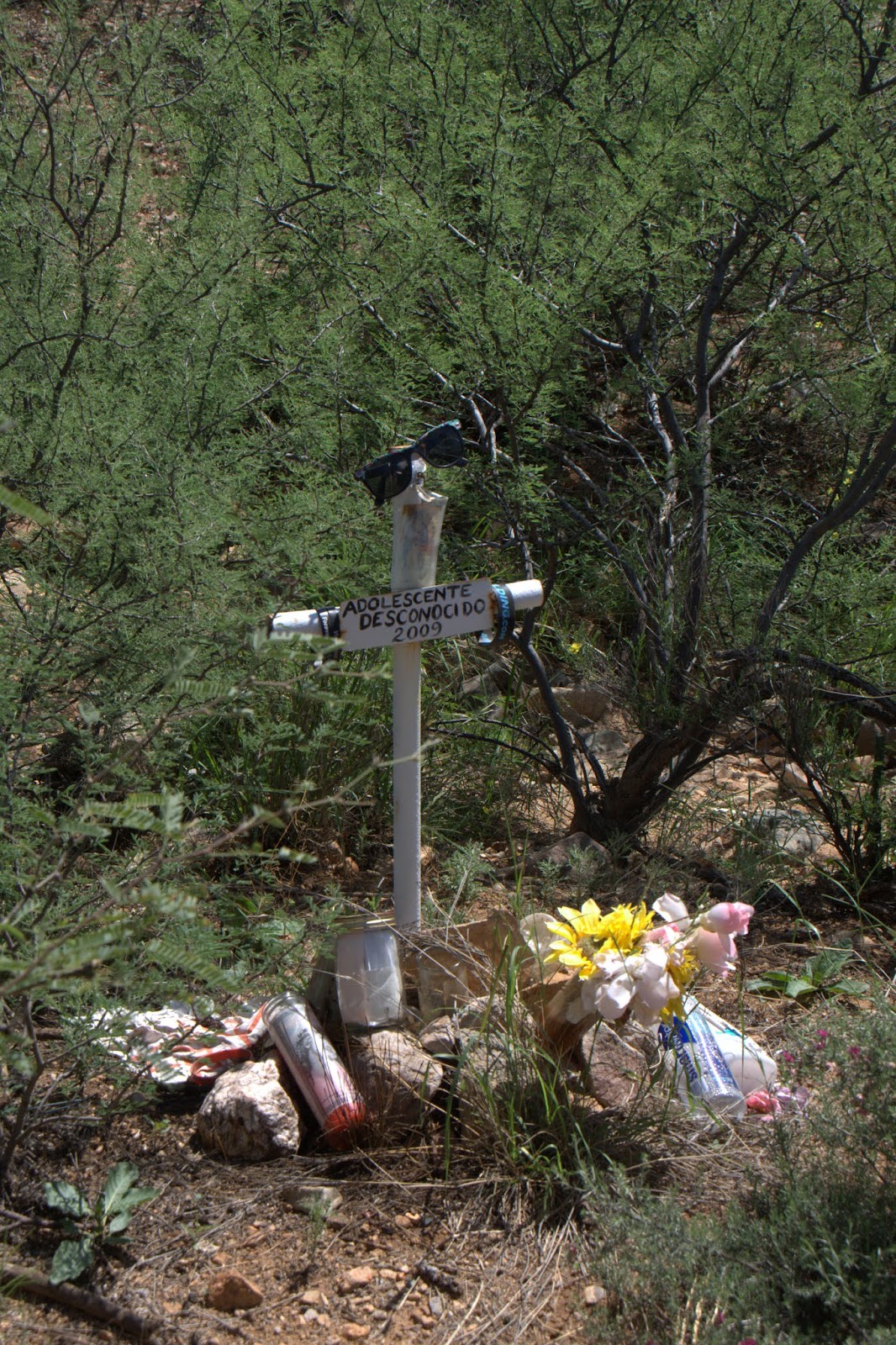 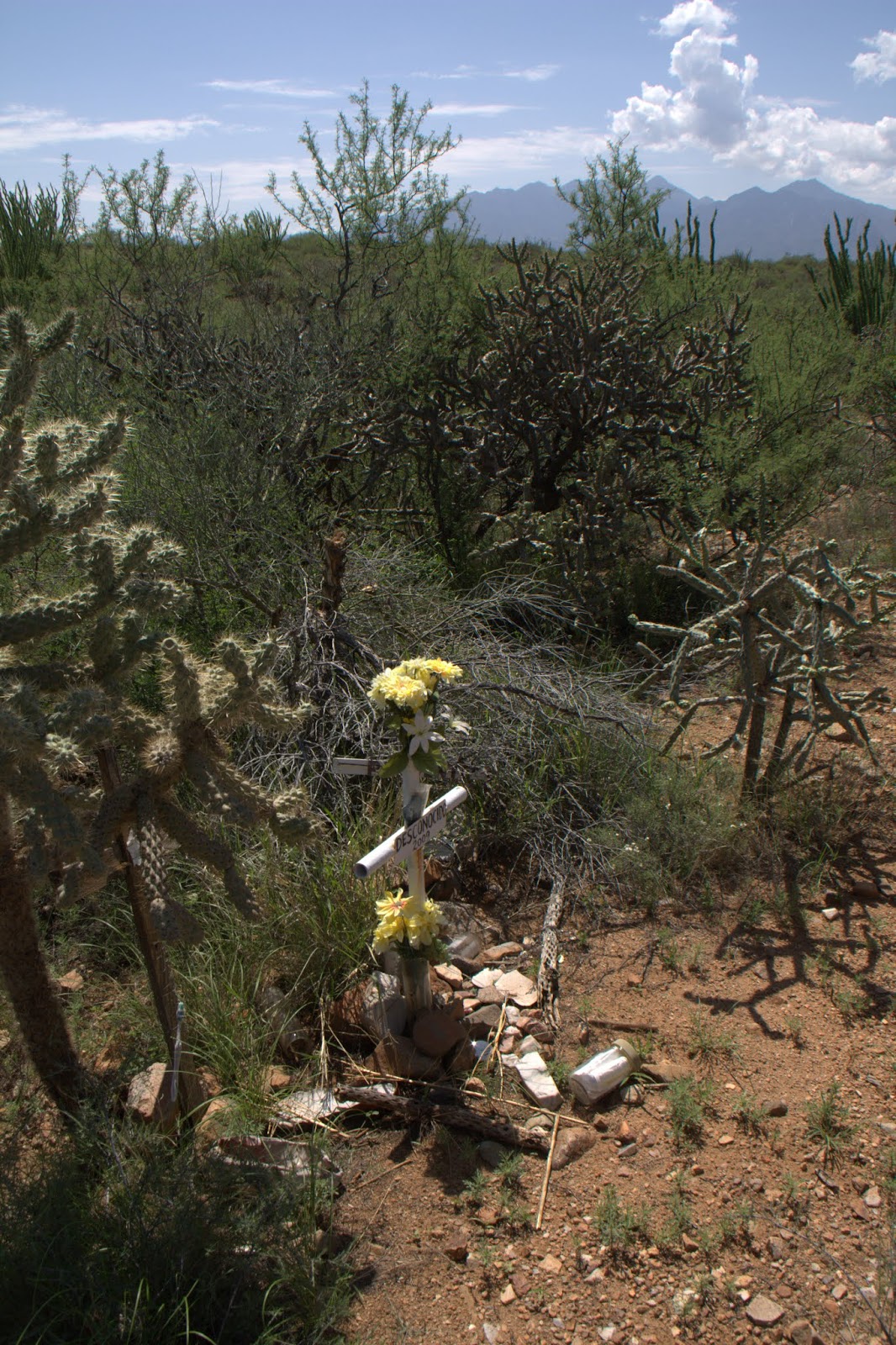 The plants are beautiful despite being dangerous, and the landscape is also beautiful in a severe way. The ground is rocky and rutted with arroyos (washes) from flash flooding, which is yet another hazard for travelers. After less than two hours out, we were all sweating through our clothes and drinking water often, and most of the group was exhausted when we returned. By the end of the walk, I couldn’t decide if it was easier now to imagine hiking for three days through this desert to reach Tucson, or even harder to imagine since I had some idea of what it would be like. What’s hardest to imagine is that less than ten years ago, people were dying here in the backyards of wealthy retirees, less than a mile from air conditioning and indoor plumbing. 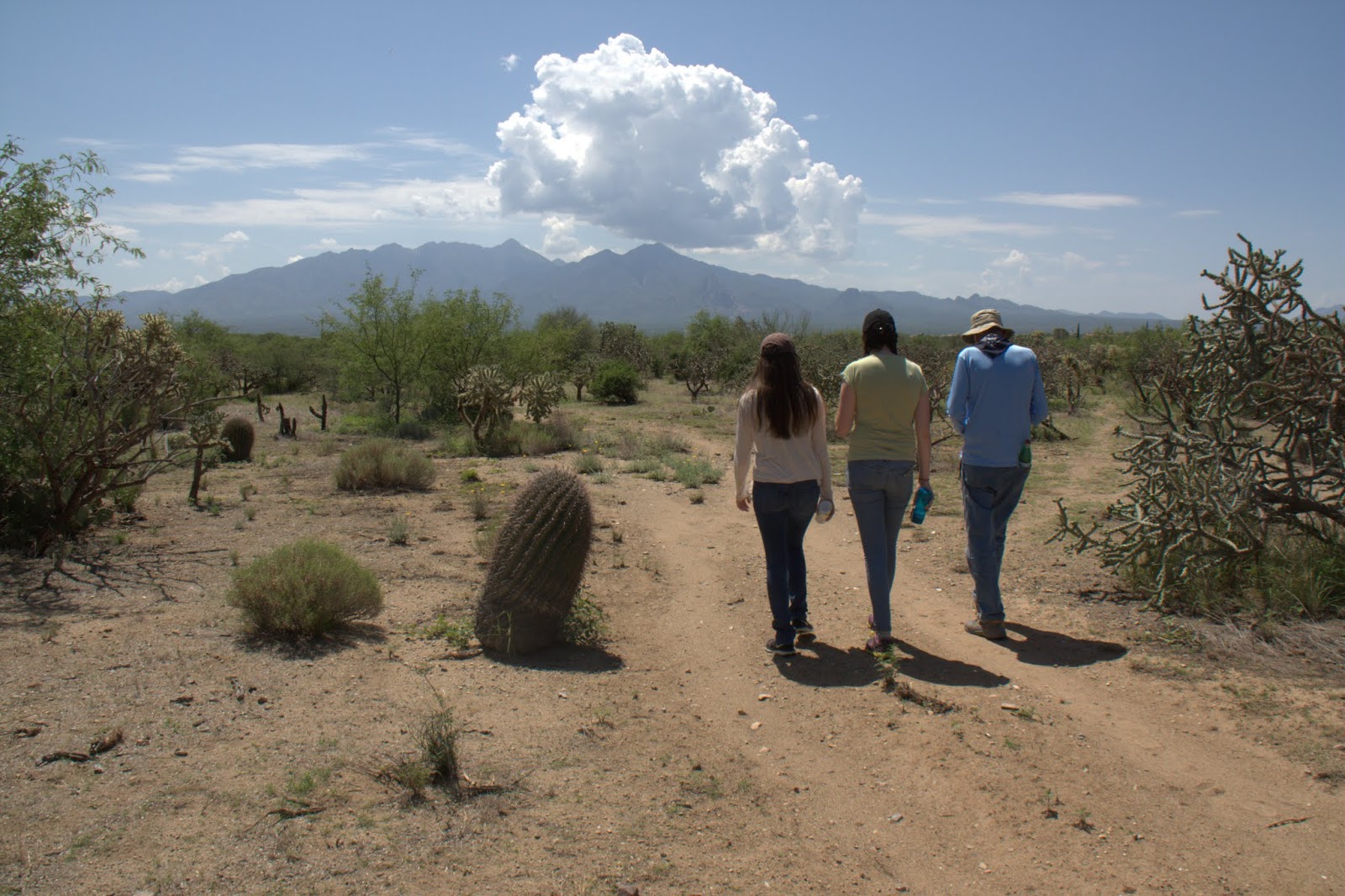 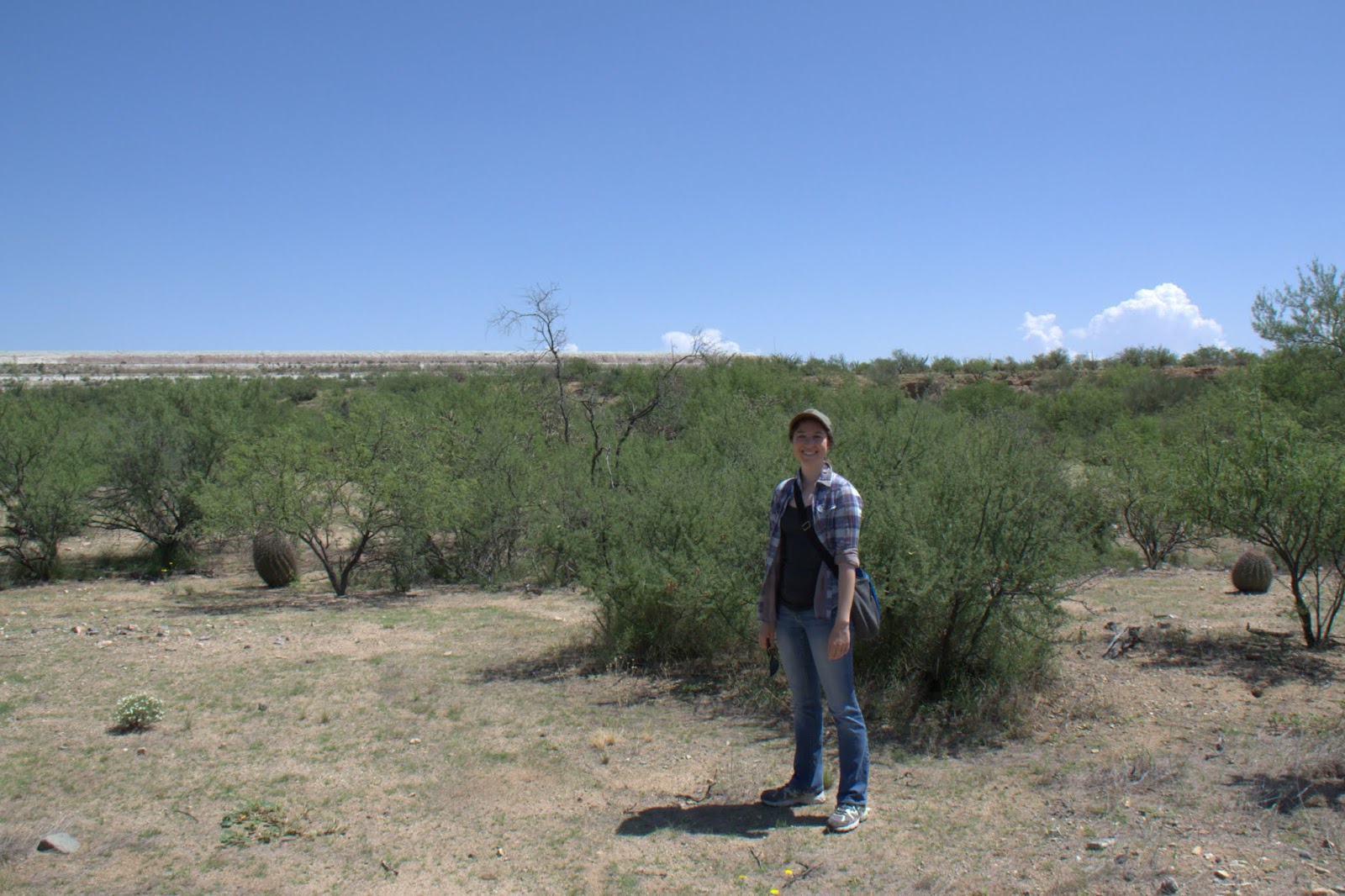 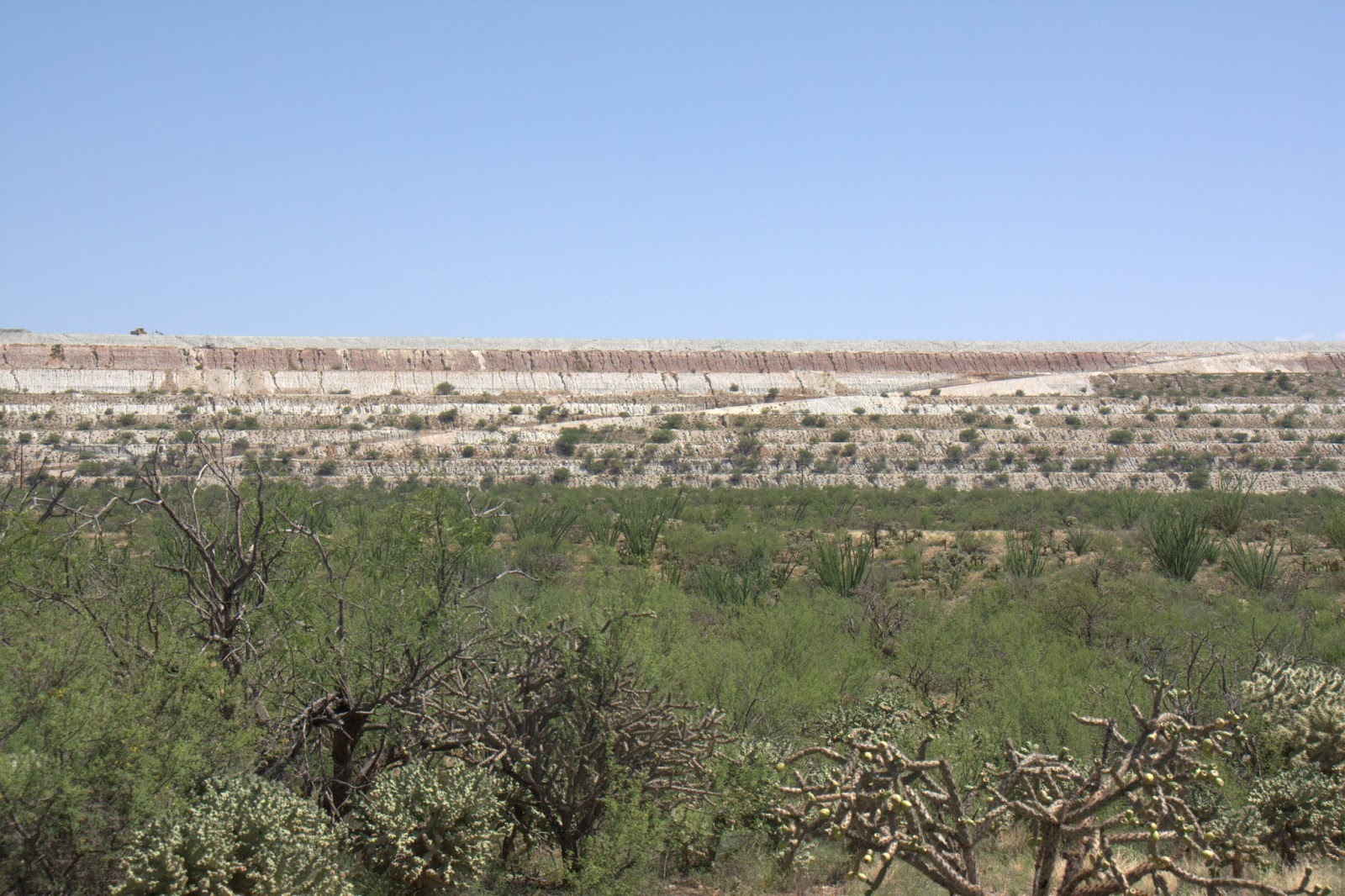 In the afternoon we stayed inside. We met with a public defender, Laura, at the US District Court in Tucson. As a public defender, she represents immigrants detained by Border Patrol and tries to determine their immigration status. She was an eloquent speaker and made a number of points that I will summarize here. She spoke forcefully about: 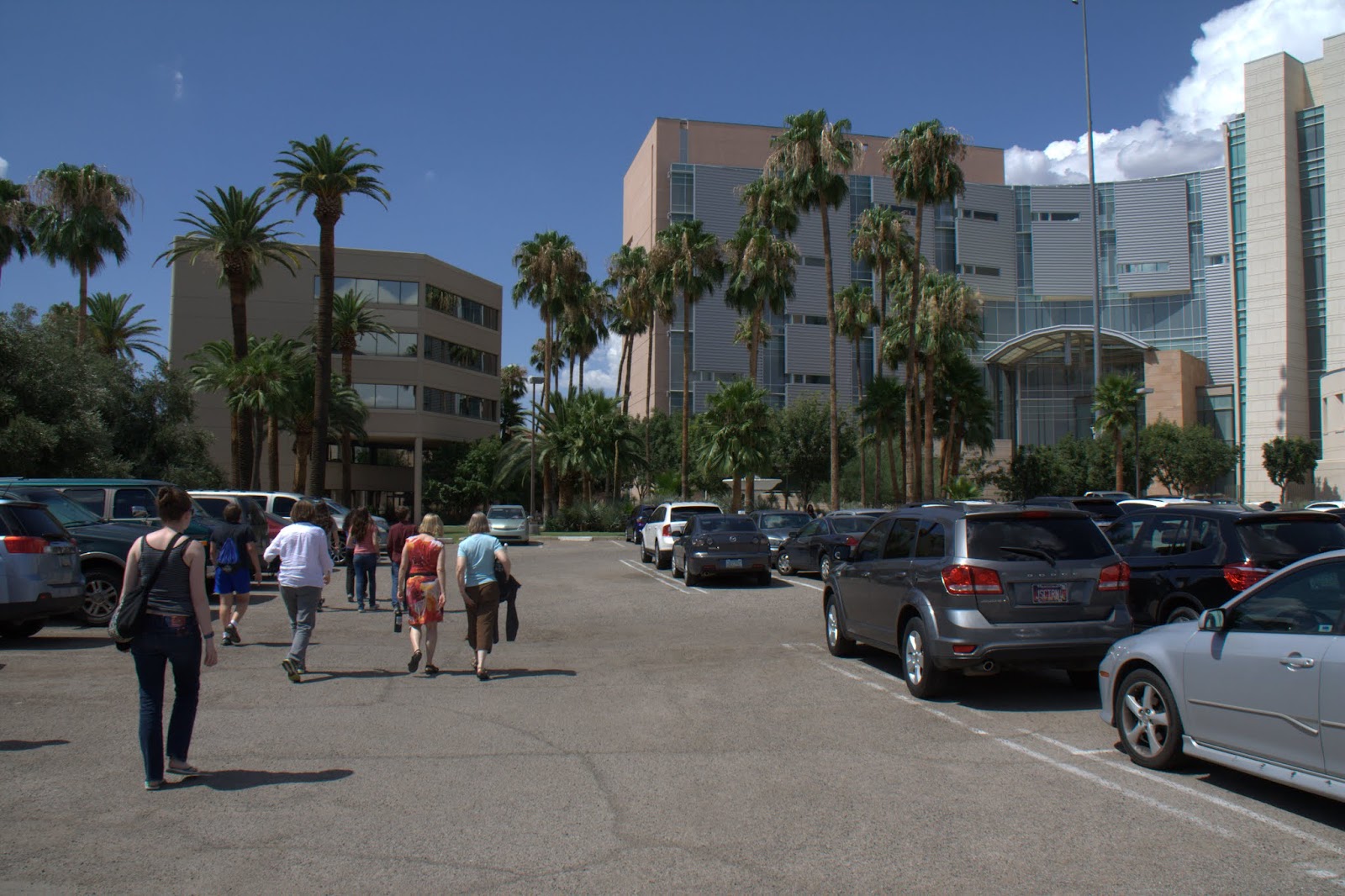 For the rest of the afternoon, we discussed the difference between charity and solidarity, noting that many of the organizations we’d met were asking for the latter - more education, more opportunities to make their voices heard - rather than the former. And then we made cookies. Sometimes you really need some cookies at the end of a day of heat stroke and heartbreak.

To be continued in Part V.

Learn more about the Sonoran Desert: