On the Border: Part V

On Friday the 17th, our final day of the trip, we met with a whole host of people of different views to hear about the immigration crisis from all sides.

We started the day with a presentation by an agent from Immigration and Customs Enforcement (ICE). ICE is “the principal investigative arm of the US Department of Homeland Security (DHS) and the second largest investigative agency in the federal government. Created in 2003 through a merger of the investigative and interior enforcement elements of the US Customs Service and the Immigration and Naturalization Service (the former INS), ICE now has more than 20,000 employees in offices in all 50 states and 48 foreign countries” (BorderLinks document). The agent showed us a slideshow of their work: catching illegal human smugglers, arresting illegal border crossers, targeting drug rings and weapons dealers. He had photos of drug smugglers using drones, disguised trucks, gliders, even ramps to get trucks over the wall, and tunnels to get under it. His personal take on the situation is that the drugs and guns are the problem, not the migrants who often get caught in the crossfire. He thought that the US should focus on cutting down on the demand for illegal drugs, since shutting down the supply chain completely is probably impossible - when there’s a will to smuggle drugs, there’s a way. He described joint efforts by the US and Mexico to control smuggling but thought that eliminating demand would be the best way to address it. He also described the difficulty of working for the federal government, whose priorities change with every new administration, and how he wished there could be consistent immigration policy that would make it easier to enforce the law.

Next up, back at BorderLinks, we met with a representative of Corazon de Tucson (I can’t find a website for them but here’s a related article), an immigrant rights group that advises its members on how to deal with law enforcement in order to avoid deportation if they are detained. The representative challenged us to see the conflict over immigration as driven purely by racism, arguing that racism is the root cause and the one thing that needs to be addressed to solve the conflict. He described how members of the group educate themselves on their rights, carry cards that help remind them what to say (and not say) to law enforcement, and support each other in posting bail (if needed) to get out of detention and fight their cases in the courts. With local law enforcement working hand-in-hand with federal immigration agents, it can be difficult to protect the rights of people who are stopped at a traffic stop and then asked for their immigration papers. 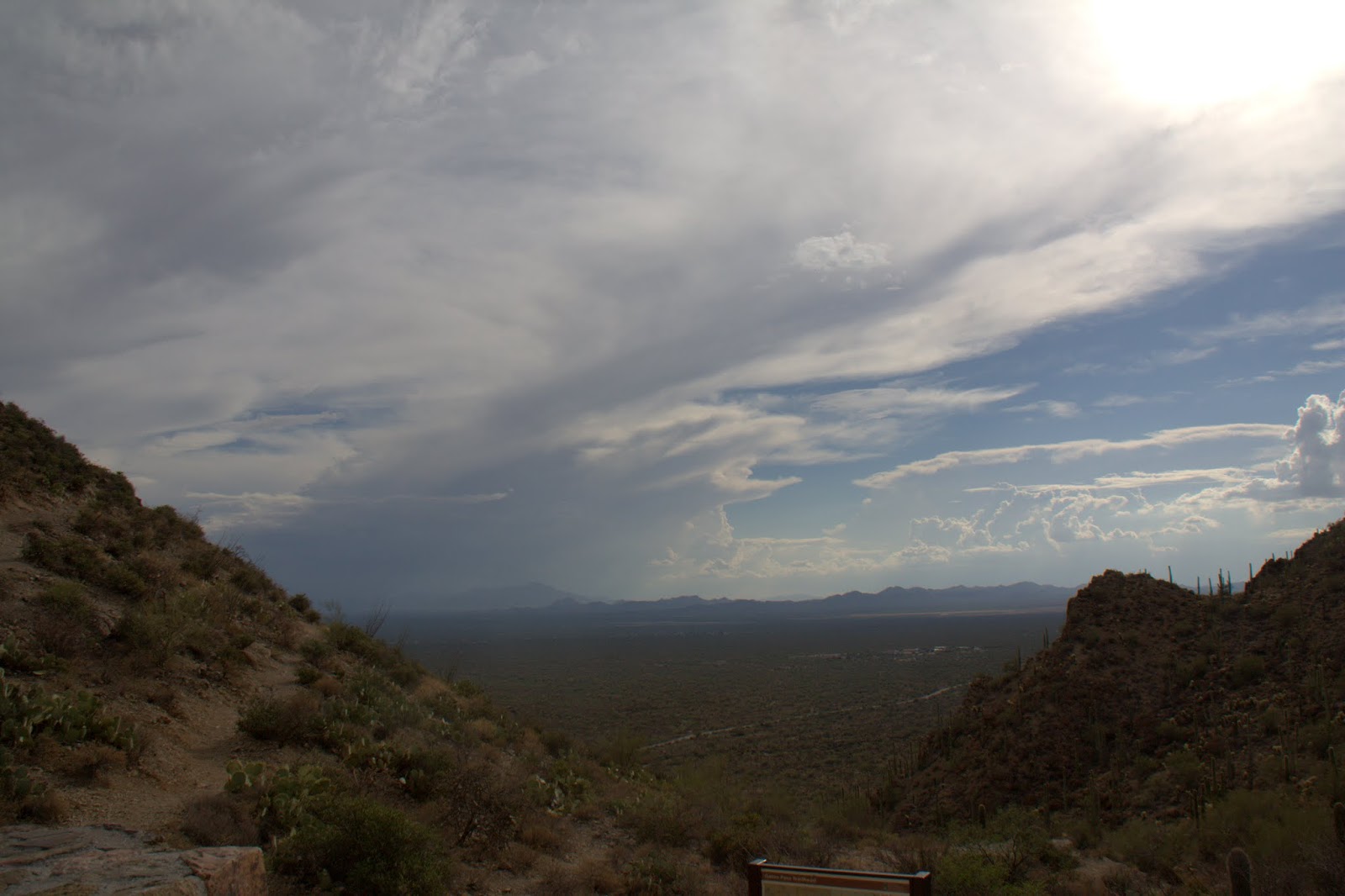 In the afternoon we were able to see Operation Streamline for ourselves, back at the federal district court. I have to say that this was one of the most depressing things I’ve ever seen. The offenders, looking very bleak, were shackled hand and foot with their attorneys standing behind them. Chained together in long lines, they stood together in a row as the judge went down the line, asking whether they pleaded guilty or not. Only one man questioned his sentence, but the judge counseled him not to challenge it, because the cruel irony is that pleading “not guilty” means you wind up spending even longer in prison waiting for your trial than if you simply plead guilty, serve your six months, and are deported. The man finally seemed to understand and withdrew his protest. The whole group of fifty or sixty people were sentenced quickly, without commentary, and were led away. The judge seemed tired but sympathetic to the rows of detainees, but there was nothing he could do differently. It was clear how easily this system could deny entry to someone who was lawfully in the US, as a relative of a citizen, or an asylum seeker or refugee, if they were not able to communicate well with their public defender. Operation Streamline has received a good deal of criticism but remains in effect.

Back at BorderLinks we met with another immigration attorney, this time with someone who helps skilled foreigners attempt to immigrate legally. He explained how long and difficult the process is even if you have work sponsorship, money, and valuable skills. The current quota system in place makes it particularly difficult to immigrate if you are from India, the Philippines, China, or, of course, Mexico. He told us stories of weird quirks in the system that prevent people from immigrating, up to and including people who were turned down for no reason at all, since this type of immigration visa is discretionary. We learned that the wait list for people from some countries is over 20 years long, and only getting longer, with no hope in sight. (For example, if you are the adult child of a US citizen or permanent resident trying to immigrate from Mexico, the visas currently being processed (as of April 2017) were submitted in 1995 - 22 years ago.) So to those people who think that illegal immigrants should just “get in line,” you should understand that the wait in line is over 20 years long with no guarantee you’ll be approved. At that rate, it’s easy to see why some people would risk coming illegally, so they could spend that time with their family. 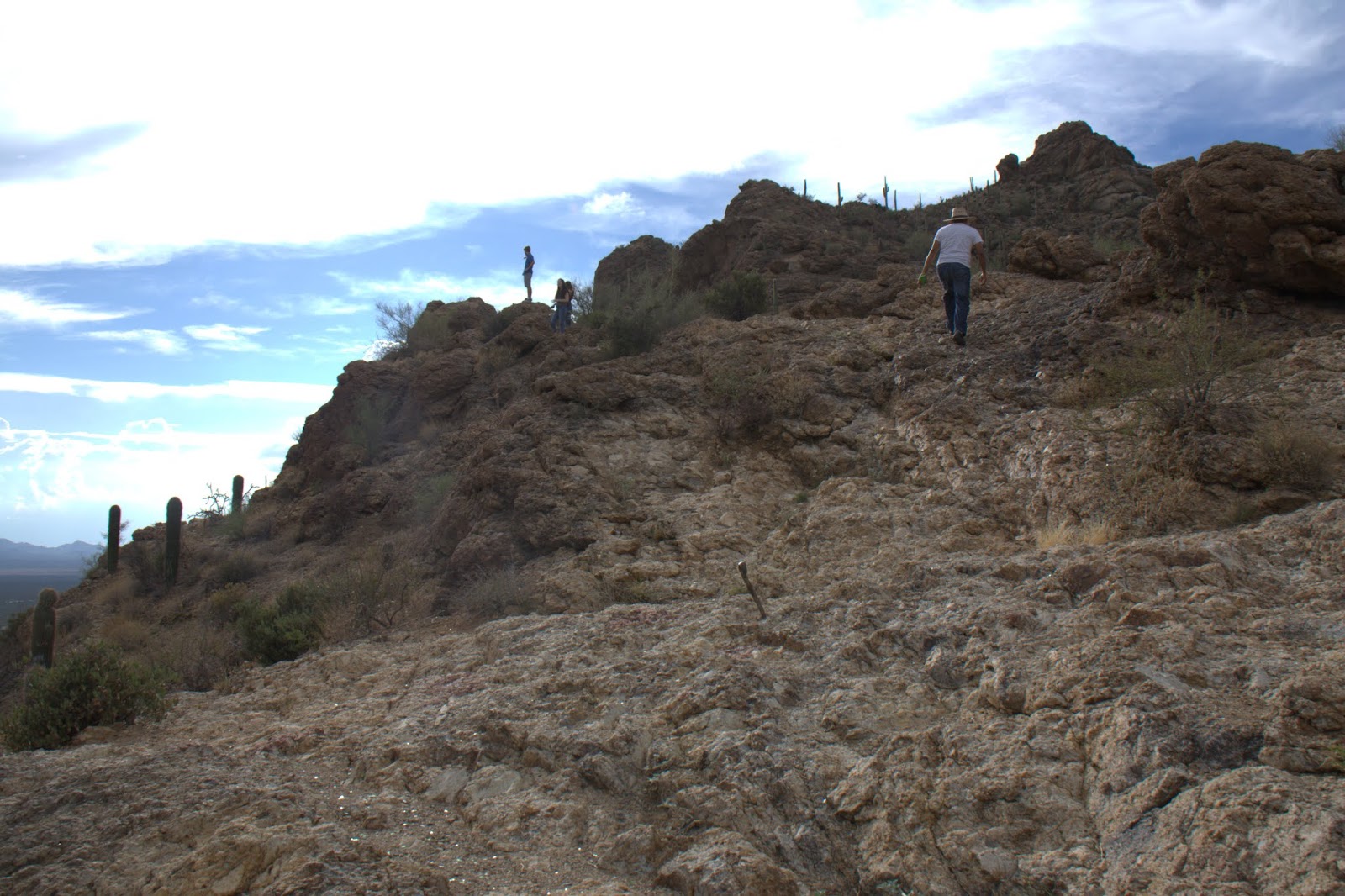 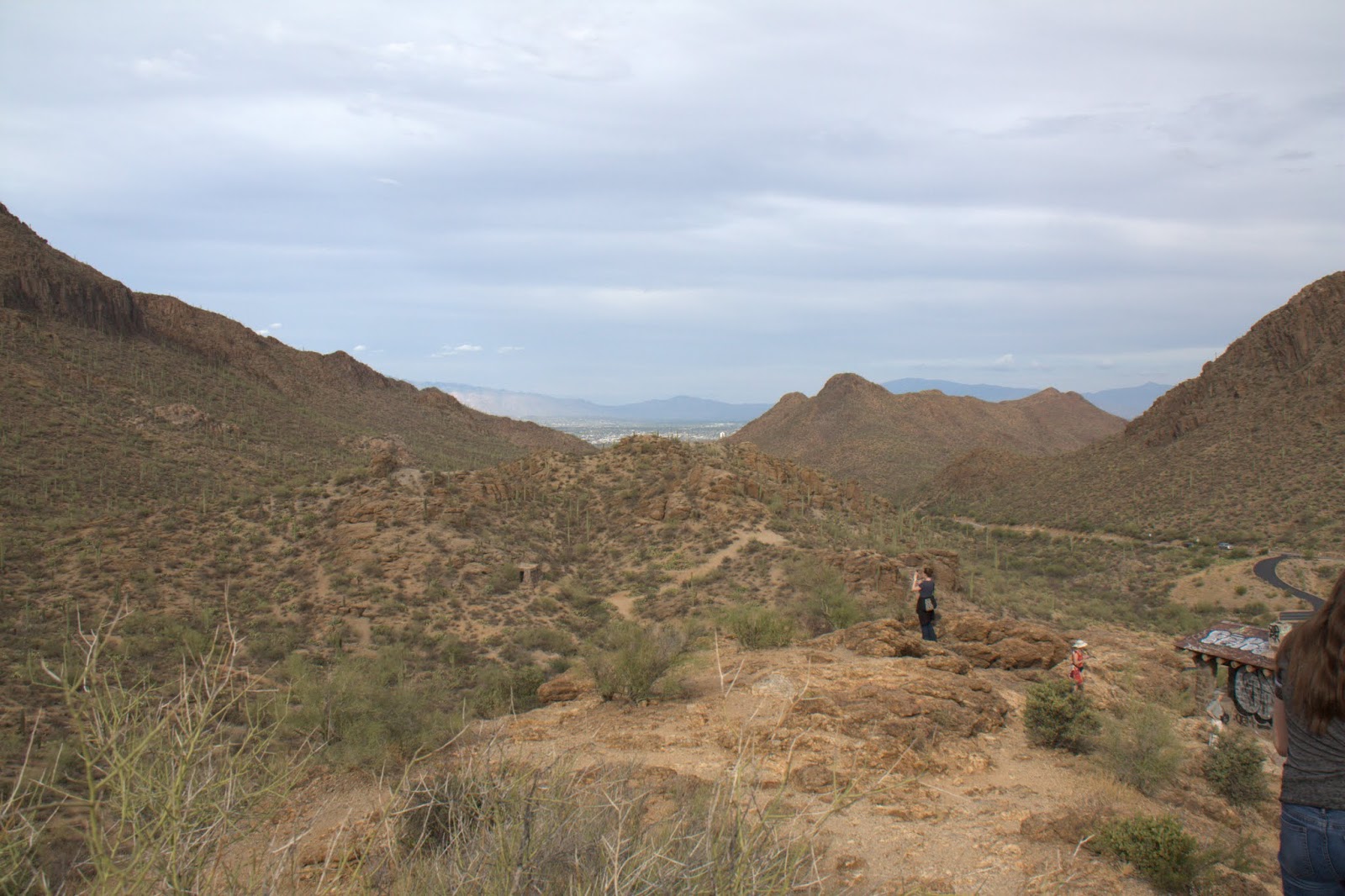 At the end of the day we went out to dinner and then tried to reflect on everything we’d learned. My personal takeaway was to try to understand better how we Americans use architecture as a weapon against our neighbors. The next day, we flew back to California, trying to come to terms with an overload of information and thoughts about the border. 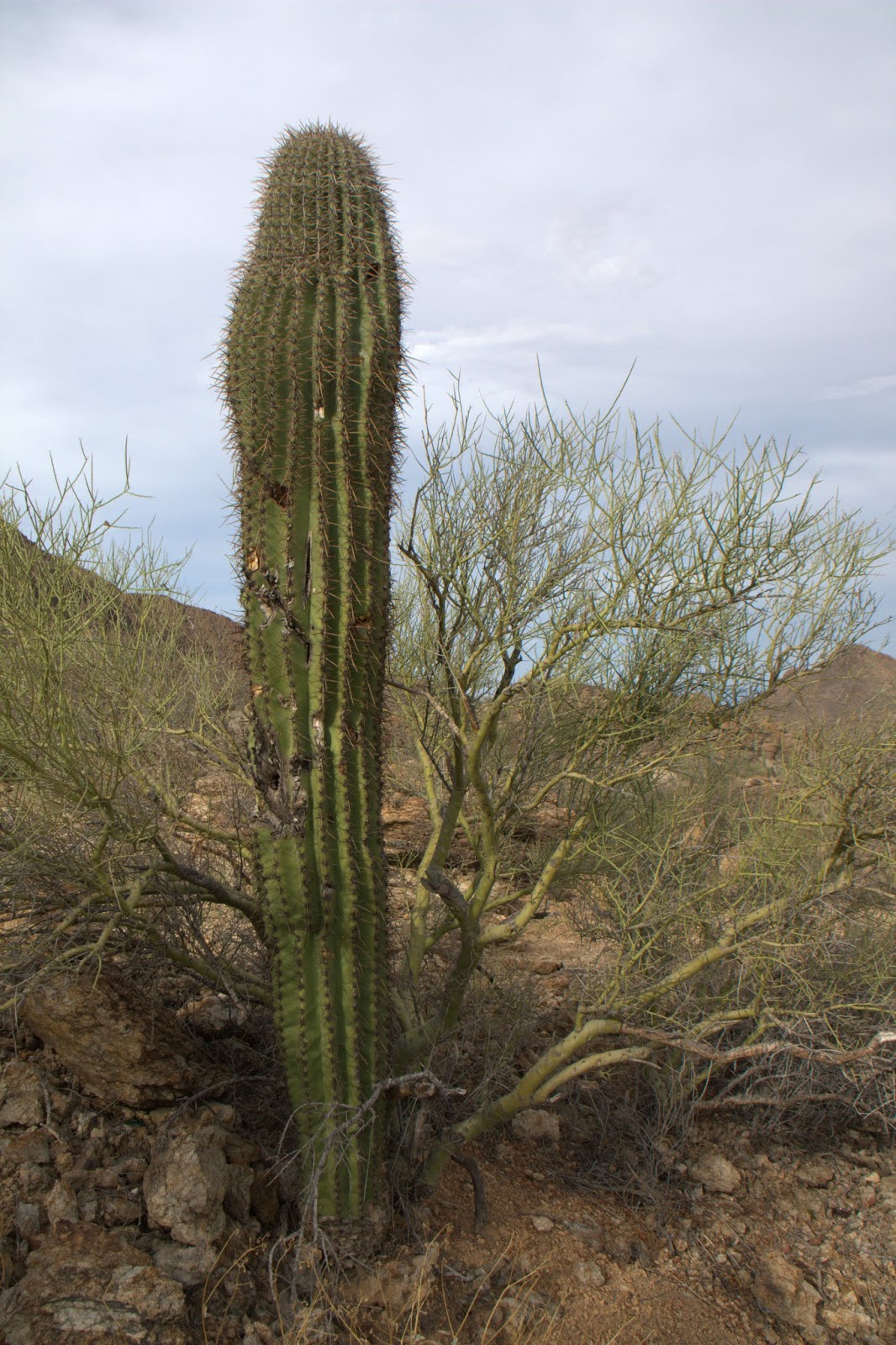 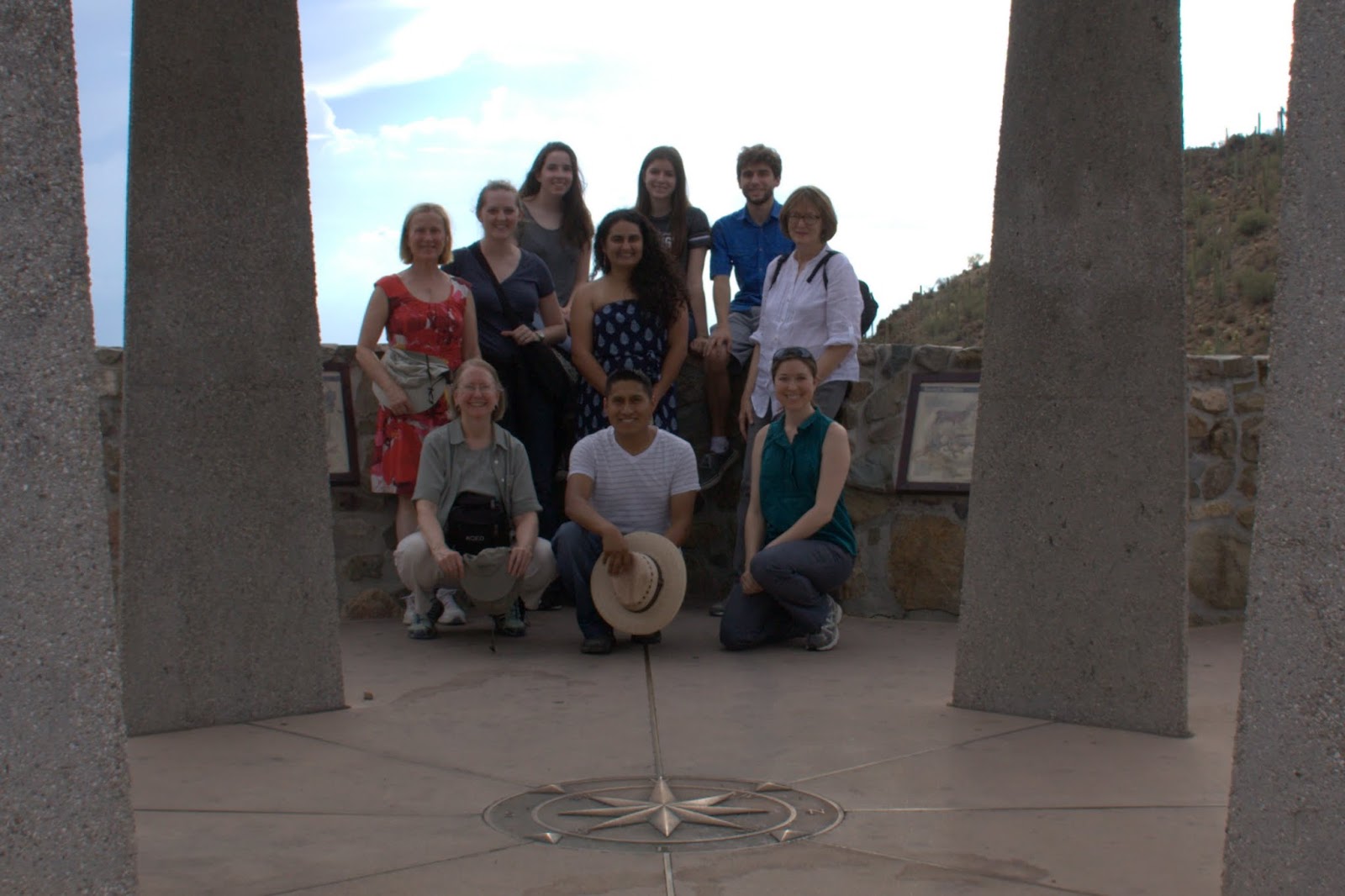 Fast forward to 2017, when I actually finished writing this post (embarrassing, I know). News about the border wall has been exploding in the media this year, as Voldemort (or 45, as some have taken to calling him) has pressed on with his insane wish to continue building the wall. Here’s a small sampling of NYTimes articles on the subject. And one more with a shout-out to my senator from California at the end. While I didn’t have much to say or think on the topic of immigration over the last two years, with Voldemort now in power, this issue has become critical. What especially irritates me is that this “immigration crisis” isn’t a real crisis of too many people immigrating. After the peak of illegal border crossings back in 2005-2006, many fewer people are coming, and the number of illegal immigrants in the US seems to have stabilized since 2009. One might ask why Voldemort is so keen on building a wall to protect against a “threat” that has already passed - but one might ask a lot of questions about Voldemort and get no answers.

I don’t have any answers either, only more questions, and more anger about irrationally spending my tax dollars on violating human rights, degrading the environment, and “solving” a “problem” that doesn’t exist. Further militarization of our southern border will do nothing but cause more deaths of people who have done nothing wrong but try to flee to a country that supposedly welcomes the poor, the homeless, and those seeking freedom from oppression. Try telling that to Voldemort.

What next? Architects, tell your friends: Don’t build the border wall. Don’t let scare tactics by the new administration convince you that it’s needed or that it will be effective. It’s not and it won’t be. Fewer people are coming anyway, thanks to changing economic conditions and rightful fear of the new administration, and to other factors outside its control. Building the wall will do nothing but leave a bigger, deeper scar on the landscape and leave more bodies in its wake.

What can you do?