City of Quartz: Excavating the Future in Los Angeles (1990, updated Preface from 2006) by Mike Davis is a strange book. Honestly, I still have no idea what the title is about. As the back of the book notes, it’s a work of “sociology/urban studies,” meaning some of it is about urbanism, and some of it is a social history. I also have to admit that several of the chapters, the social history ones, had little interest for me; they chronicled a specific moment in LA history that, as a non-resident, doesn’t seem to have a lot of interest or general usefulness now. But several of the chapters described a city wrestling with the effects of suburbanization and affluent NIMBYism that were the precursors to today’s continued urban problems, and those in particular are worth a read. 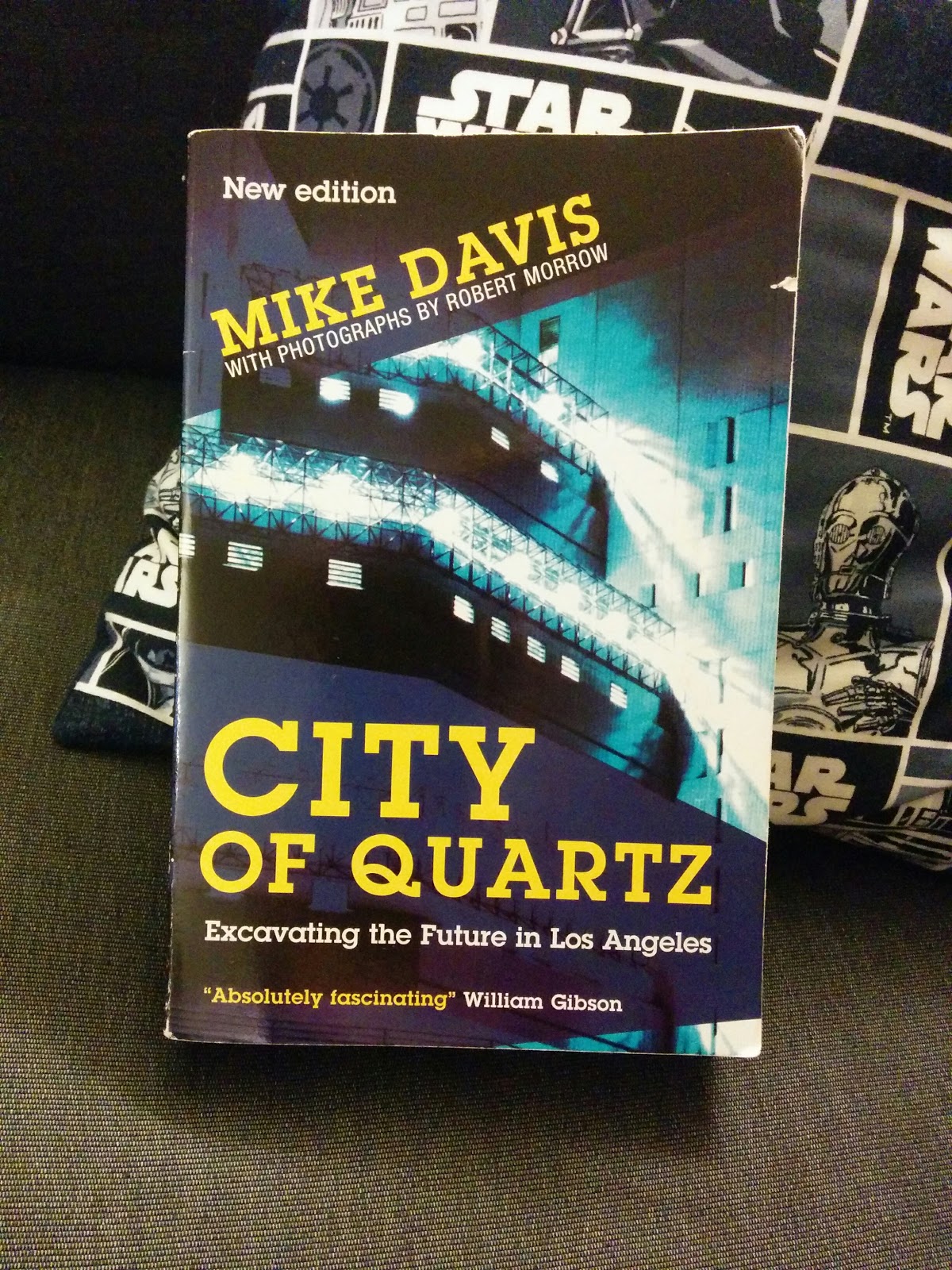 Davis is an academic and a Marxist, approaching his topics with a clear view as to questions of social and economic equality, which colors much of his commentary. But his analysis of local LA politics and history is extraordinarily thorough and deep. In his first chapter, he describes competing myths of Los Angeles, varying over time and depending on who the myth-makers were (novelists, scientists, artists). The second chapter follows the city’s power brokers over time, focusing on families, industries, and social groups. Chapter three, “Homegrown Revolution,” is where things really get interesting, as he writes about the suburbs, where residents raced to build their dream communities and then, once complete, turned about and fought any further density (read: diversity) under the guise of “slow growth.” Chapter four and five discuss the police, chapter six covers the Catholic church, and the final chapter, “Junkyard of Dreams,” follows the development of farmland in a fringe town, Fontana, into a steel mill and finally a post-industrial wasteland.

“Homegrown Revolution” is the one chapter I’d recommend reading. This chapter is a careful analysis, down to the level of city council minutes, of how white, affluent homeowners fled the city, created their own suburban fiefdoms, got the county to pay for their new suburbs' development, and then shut the gates to anyone who might want to follow them into their new paradise. As Davis writes, “The most powerful ‘social movement’ in contemporary Southern California is that of affluent homeowners, organized by notional community designations or tract names, engaged in the defense of home values and neighborhood exclusivity” (153). He contrasts the contemporaneous Northern California / Bay Area “slow growth” initiatives, largely organized around ideals of environmental conservation, with the Southern California version, which was almost exclusively concerned with “the defense of household equity and residential privilege” (159). Unlike the Bay Area, where he notes that developers and slow growth / environmentalist advocates alike learned to speak in terms of environmental impacts, in the LA area, developers became pitted against homeowners who refused to allow any growth - in sensitive areas or not - that they perceived would diminish their own property values. Of course, much of this opposition was also based on racist and elitist foundations, with wealthy homeowners refusing to allow minorities or the less-wealthy to enter their communities under the belief that their presence would not be good for home prices. (Such beliefs were nearly always self-fulfilling, as the wealthiest could afford to move out to ever-more-exclusive enclaves to avoid incoming poor or middle-class neighbors.)

Davis traces the history of homeowner associations, restrictive covenants, and racial segregation in LA, combined with the “white flight” of the 1950s-60s and the county’s agreement to offer public services (fire, police, etc) to newly-incorporated areas at below-market prices, to describe how so many suburban wealthy enclaves were formed. After the 1960s, these same homeowners turned to defending these areas from all further development. As developers pushed politicians to re-zone single-family areas for higher density, and thus, higher market segmentation (and more renters), homeowners fought back with “slow growth” initiatives. As their property values, and thus tax assessments, rose, the same homeowners embraced Proposition 13, which restricted property taxes and made it possible for home values to continue to rise without equivalent increases in taxes for homeowners. Prop 13 continues to impact California cities today, by disproportionately benefiting the wealthiest homeowners, who should be paying the highest taxes. Meanwhile, the increasingly poor urban residents of LA continued to receive nothing, including no new transit, as homeowners associations organized against new light rail to downtown under the banner of avoiding development in “anybody’s” backyard (205).

The chapter delves into the minutiae of local politics, as does the rest of the book, but it’s an amazing glimpse into California history. Davis concludes that “if the slow-growth movement […] has been explicitly a protest against the urbanization of suburbia, it is implicitly - in the long tradition of Los Angeles homeowner politics - a reassertion of social privilege” (213). In other words, the NIMBYs were (and are), beneath it all, doing nothing other than enforcing their race and class privilege against their neighbors, behind a veneer of “quality of life” and “environmentalism” that is merely a screen for maintaining their property values at the expense of others' lives - lives spent in traffic, spent in poverty, and spent in segregation.

It’s hard not to think of Palo Alto when I read this, especially of East Palo Alto versus Palo Alto, with the hard dividing line of renters versus homeowners, the demographic divide that persists to this day, and the virulent opposition by Palo Alto homeowners to any new development, even senior housing (which could hardly impose new burdens on schools or traffic, but never mind that). Palo Alto and Mountain View both have an unwieldy jobs-to-housing balance of nearly 3x as many jobs as housing units, with no forseeable way out of this quagmire, since low-density zoning has trapped us where we are. Without substantial changes in attitudes, and the dissolution of the NIMBY coalition, it’s hard to see how we can solve our problems of traffic (due to commuting to jobs), lack of transit (due to low density), and sky-high housing prices (due to both high demand and a restricted supply of housing). The Bay Area’s “slow growth” of the 1960s has left us this quandary, which now looks more like the “slow growth” of 1960’s LA than like the environmental movement of before. While we can still agree that preserving the unstable hillsides and green belts is important, we need to come to terms with the need for higher densities on the areas that can be developed, or continue to face chronic housing shortages and all the problems that come with it. 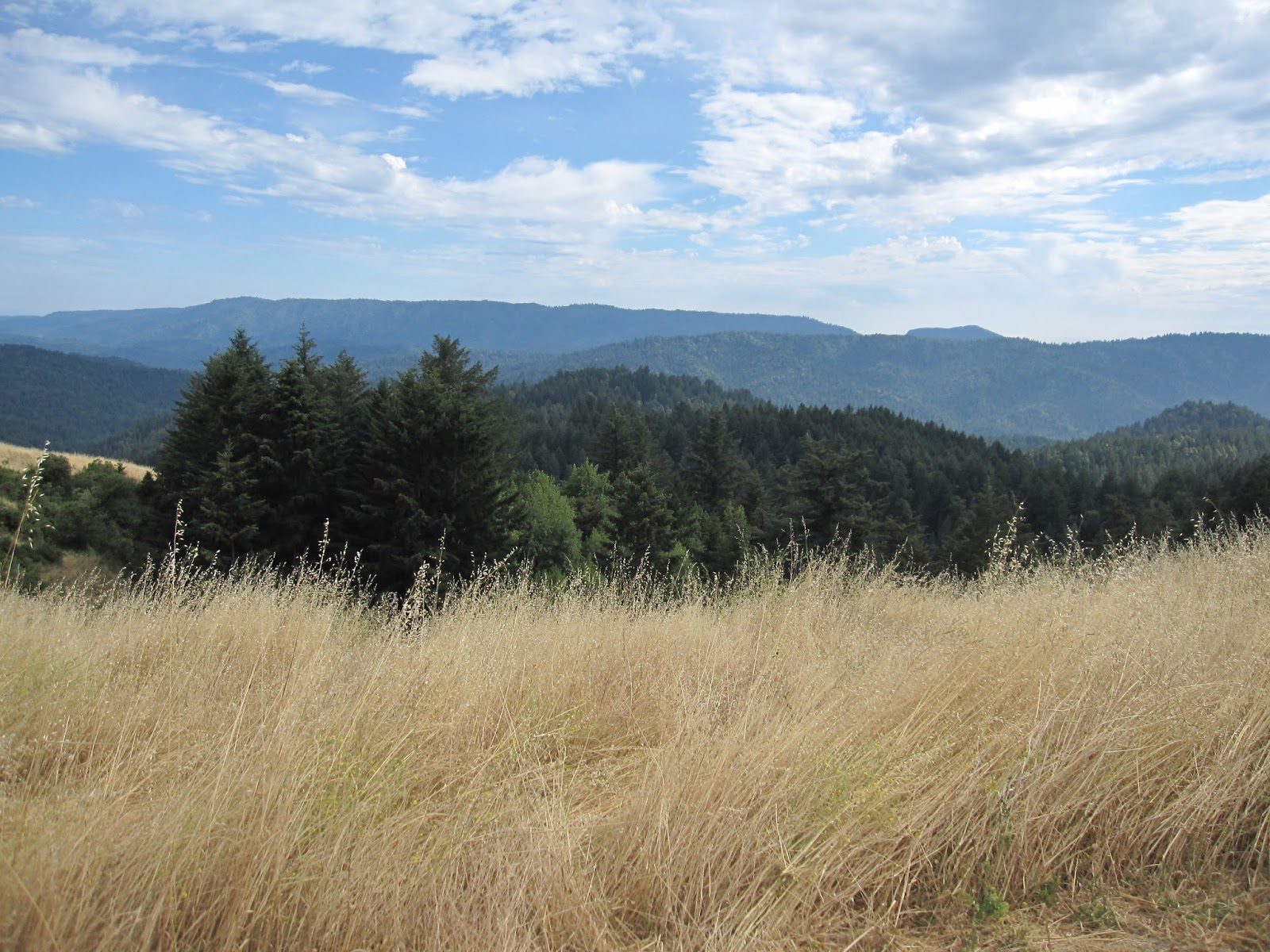