I’ve been to DC several times – I think at least four times before – but most of these trips have been relatively short, and there are still many sites I haven’t been able to visit. So when I had the opportunity to travel to DC for a friend’s wedding last month, and the chance to visit with old friends too, I packed my bag and headed east. 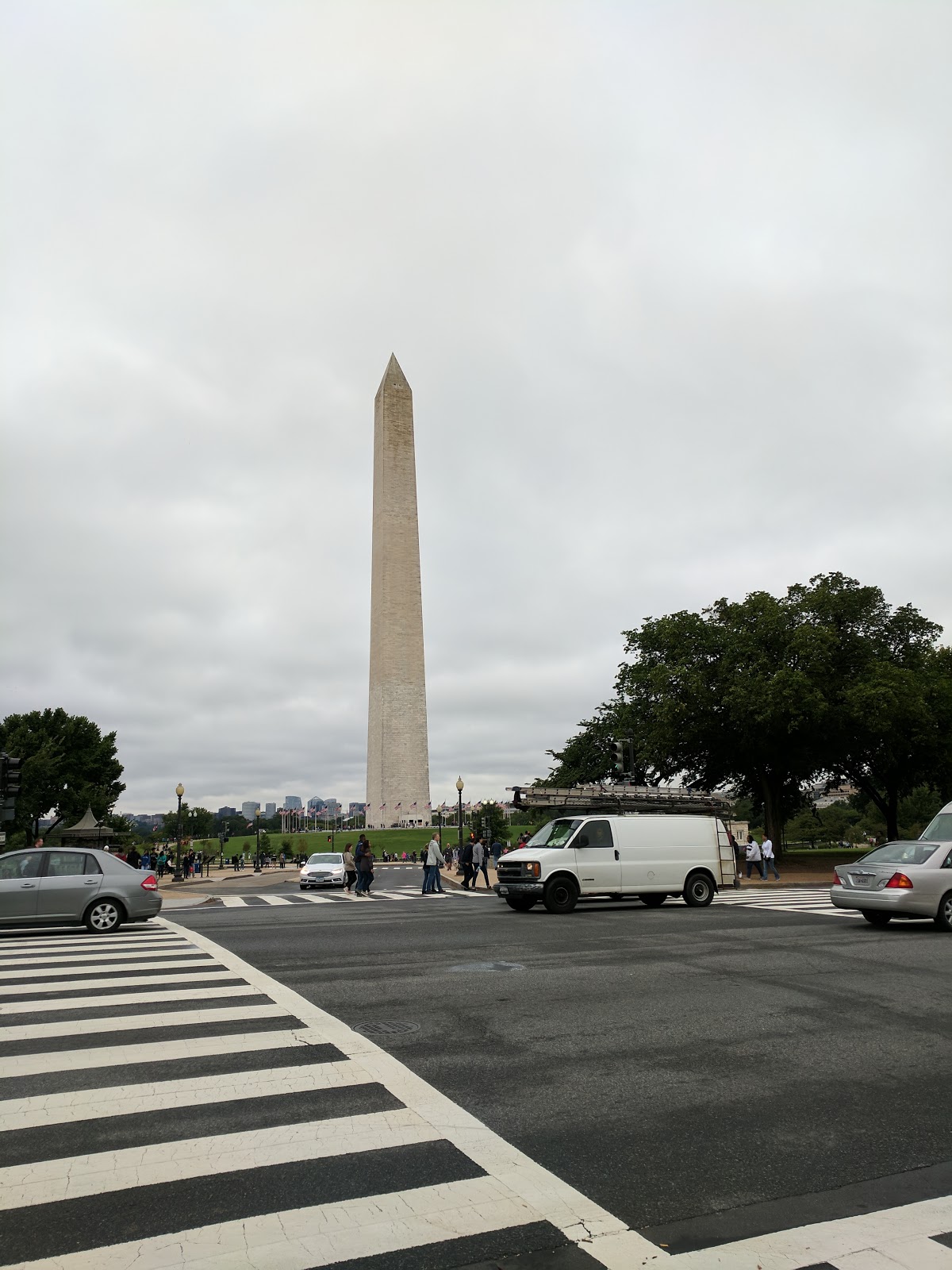 (Speaking of bags - I recently purchased a Timbuk2 “Wingman” duffel, which converts between a duffel, messenger bag, and backpack, and have really enjoyed the hands-free travel experience. If, like me, you don’t enjoy dragging a wheeled carry-on behind you between airport gates, onto the metro, and through train cars, then I recommend checking out their line of convertible bags. The backpack straps zip away into their own compartment if you want to check the bag or just get them out of the way, but the straps are reasonably comfortable on your back even when the bag is full. Just my two cents. End of unpaid sales pitch.)

Since this was a four-day weekend trip, where two full days were spent in transit, I didn’t have a lot of time, and didn’t actually plan what I was going to see until I got there and consulted with my host friend (who is the best, by the way <3). The day I arrived, we went to dinner and that was all we had time for. On day 2, which was cool and rainy, we ended up going to the National Building Museum, walking the Mall past the Hirshhorn Museum & Sculpture Garden, and over to the new Rev. Martin Luther King, Jr. Memorial. 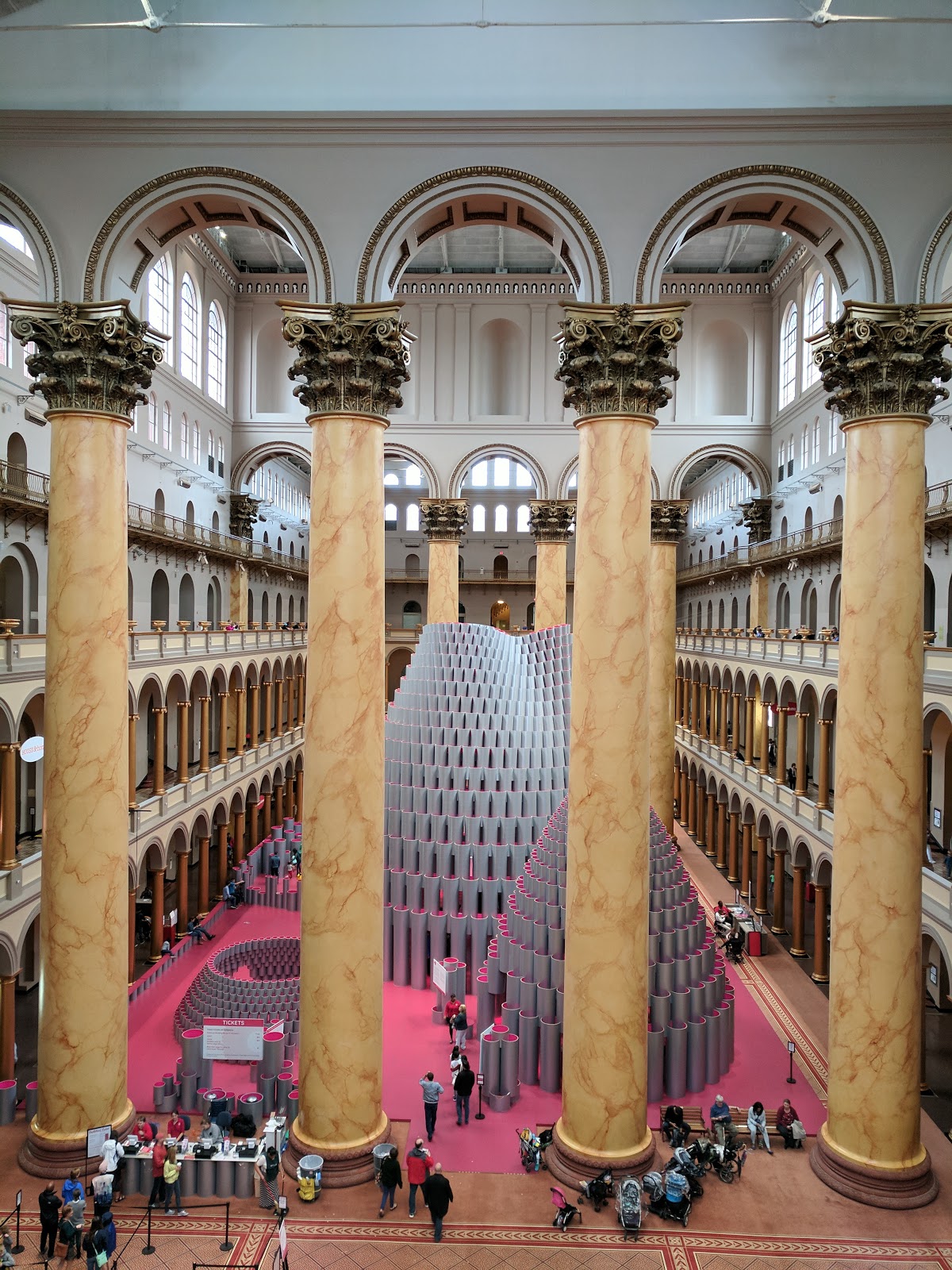 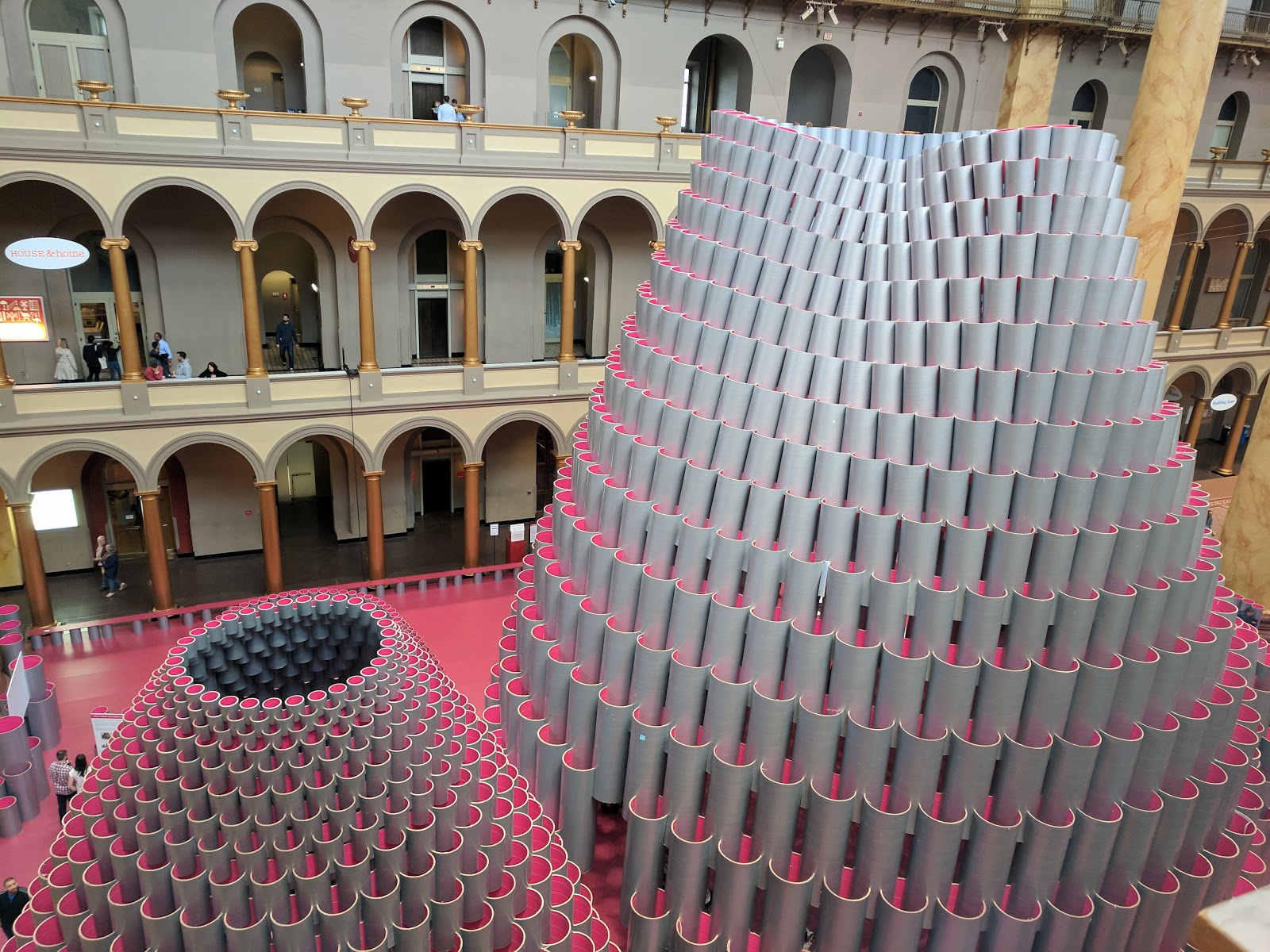 Regarding The National Building Museum, I have many thoughts. So many thoughts. I shall try to be brief. The building is massive, with such oversized columns that I assumed they had to be fake and some kind of Pomo joke, but no, they are original, made of brick but painted to look like marble, and built by Montgomery C. Meigs, the crazy architect/engineer/Army man who designed the whole structure. Originally the US Pensions Bureau, the building dates from 1887 and has hosted numerous events over its life. As a museum, however, the exhibits are spotty. Some were good, or at least interesting, but some had little to nothing to do with buildings or architecture. The one about asylums was interesting and had a lot of research on display, but failed to connect the dots between healthcare / mental health treatment and architecture. Half the museum appeared to be empty. The big temporary pavilion on display in the center, by Studio Gang, was cool, but clearly just a folly - it was fun for kids to bang around in, but not a good place to hang out. In fact the entire center area of the building was noisy and unpleasant. It seemed mostly to be a place to take pictures. Overall, I found the museum puzzling in its unevenness and wouldn’t recommend it to anyone. Visitors learn next to nothing about buildings, architecture, or the construction industry. 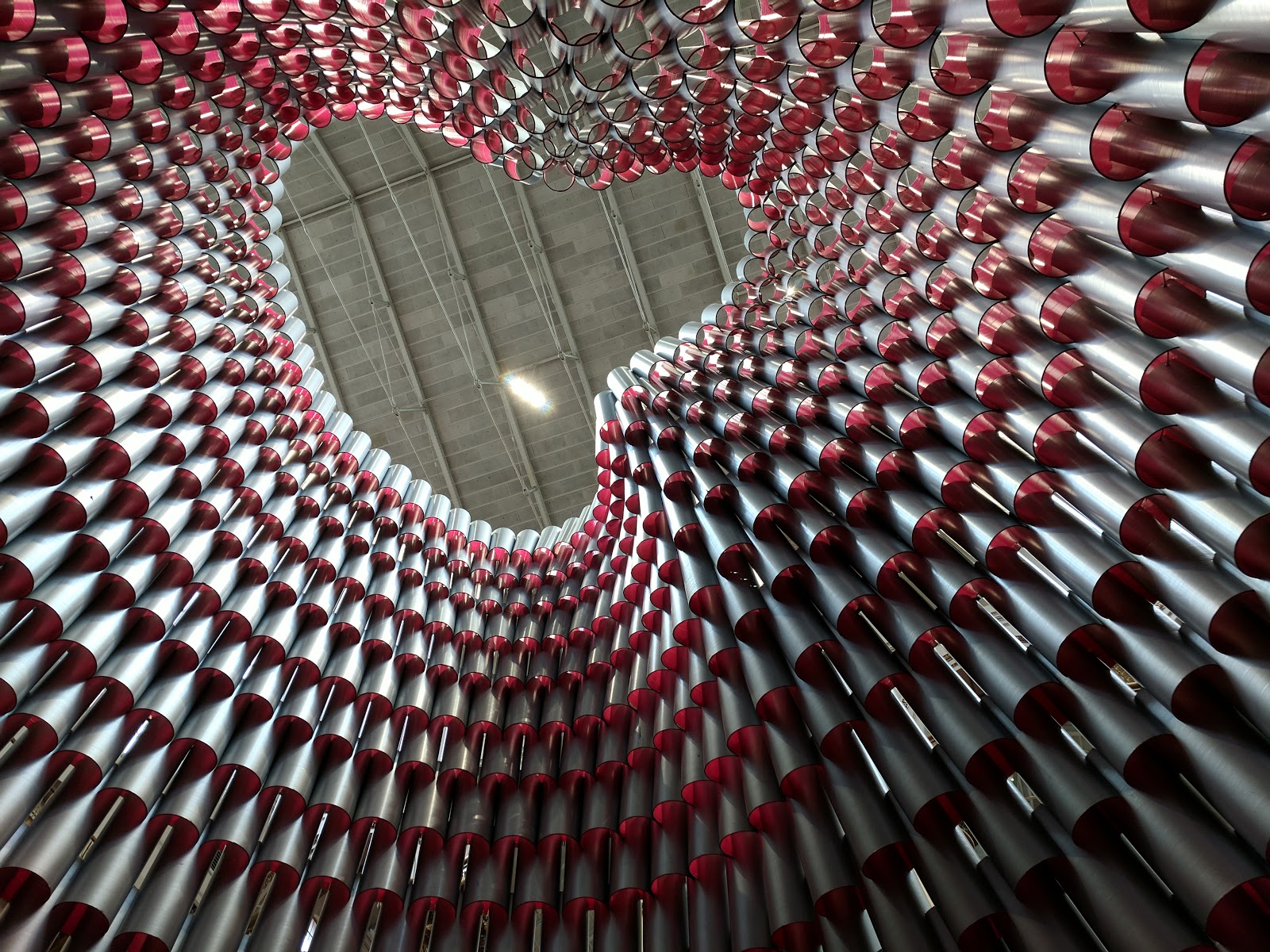 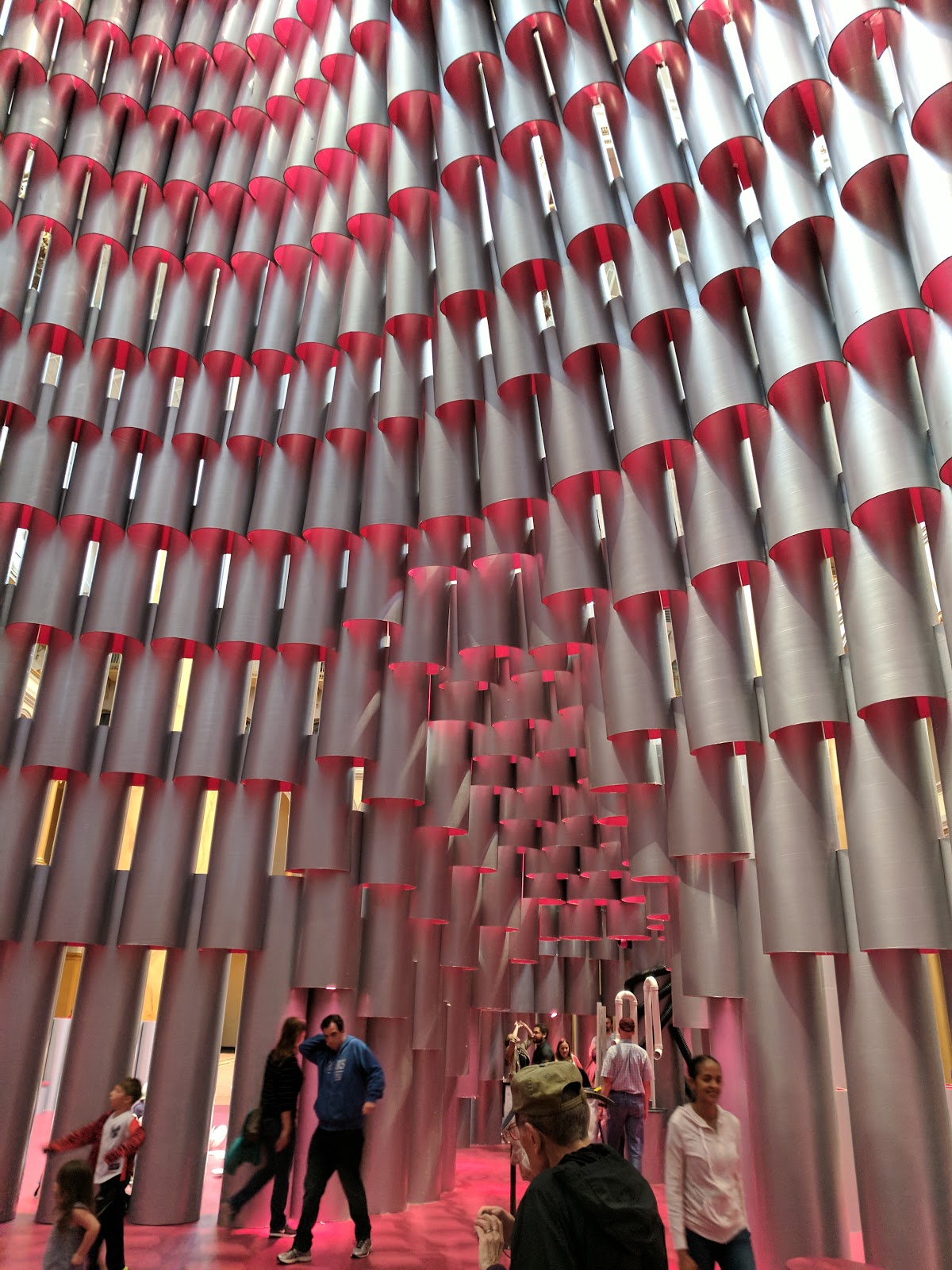 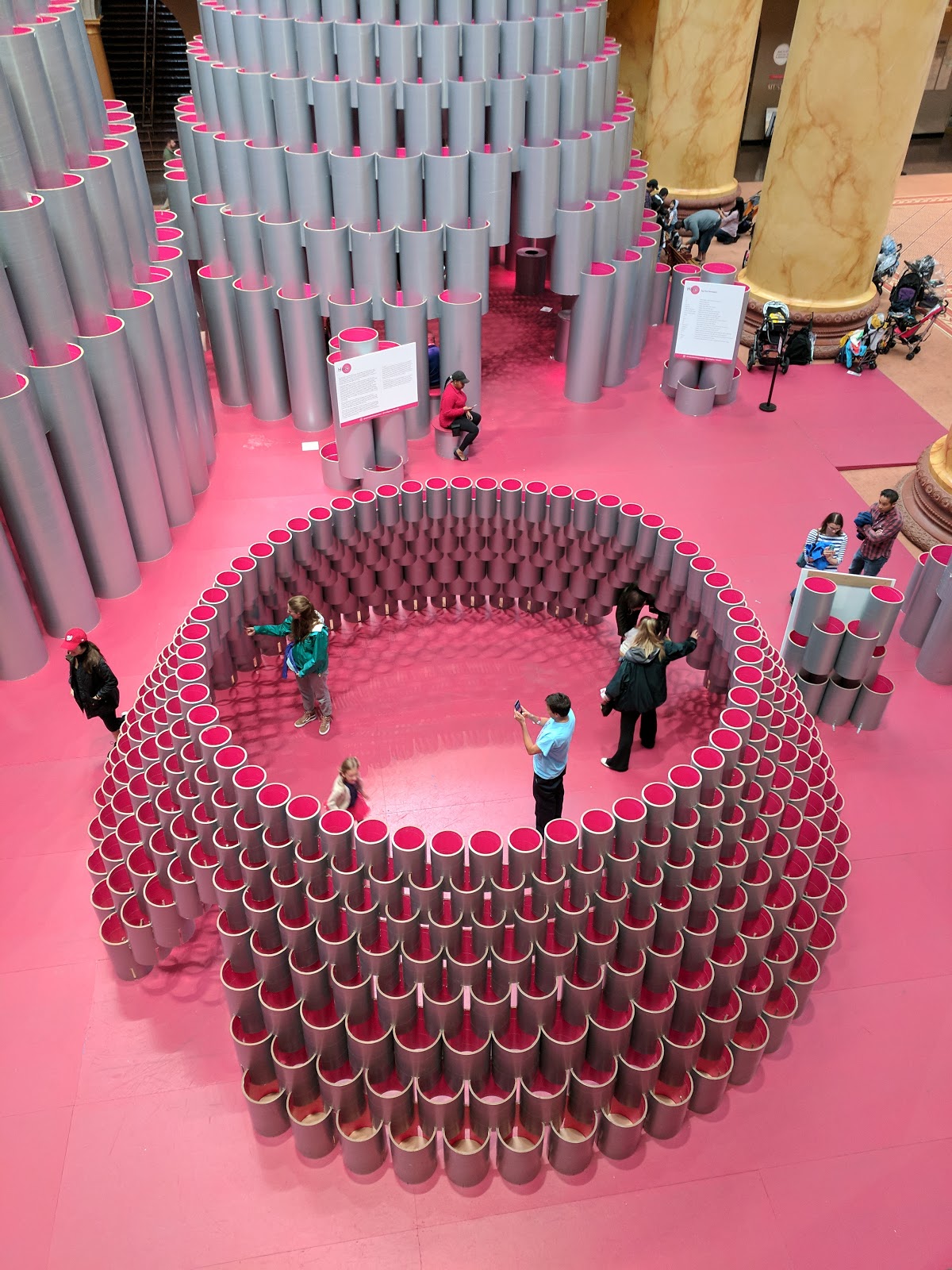 Moving on: The sculpture gardens on the Mall are always fun, and I enjoyed playing my usual “guess that artist” game, in which I’ve gotten pretty good. The Rev. King Memorial was serene and had a lovely view across the water, but I didn’t find it quite as inspiring as some of the other monuments (eg FDR Memorial or Korean War Memorial). Apparently the sculptor was Chinese (not Chinese-American), which sparked some controversy over the design. I do think it’s a bit disappointing that the committee could not find an American sculptor to build the monument, but hey, we’re an equal opportunity place in the good ol' USA, right? 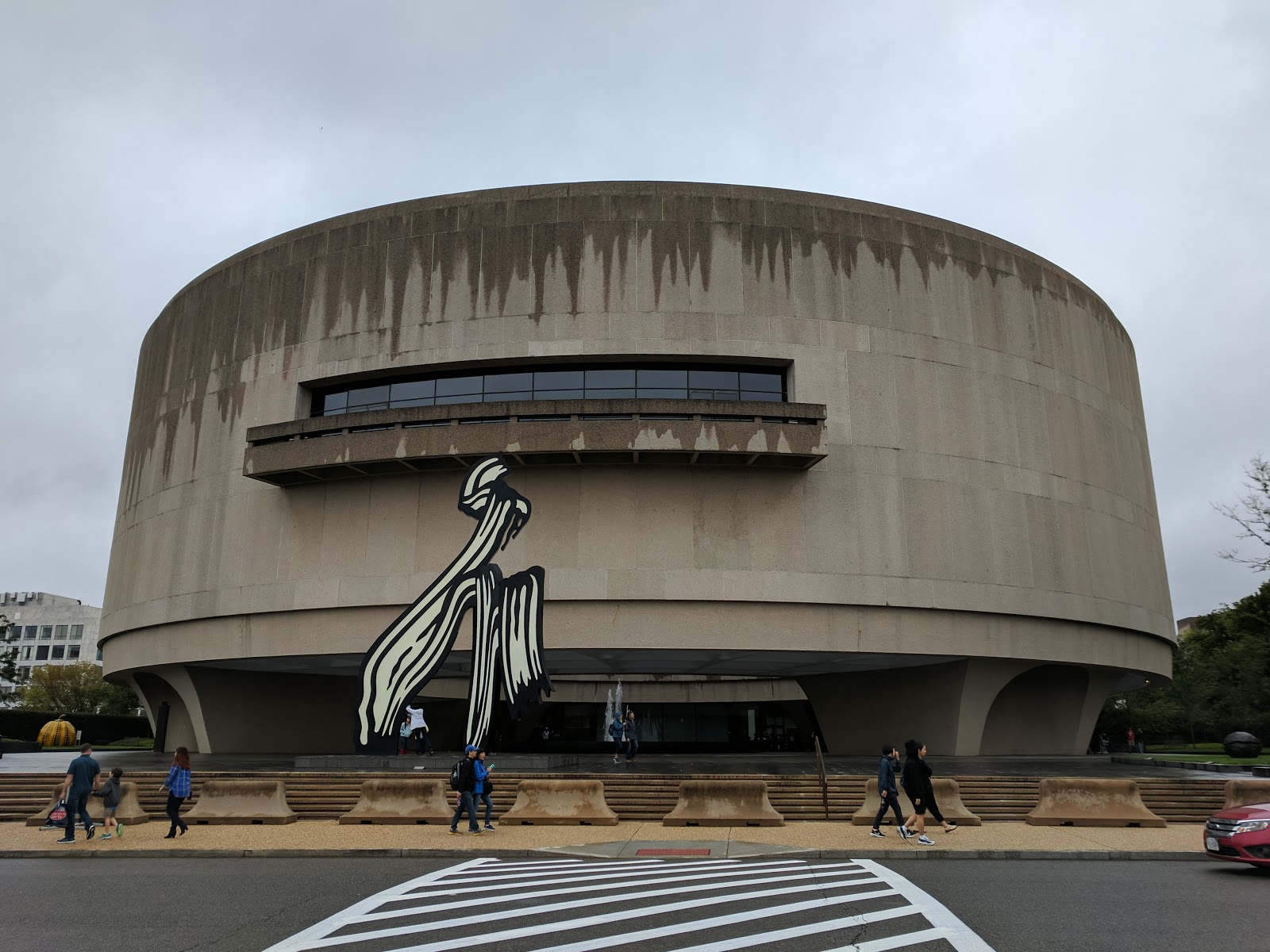 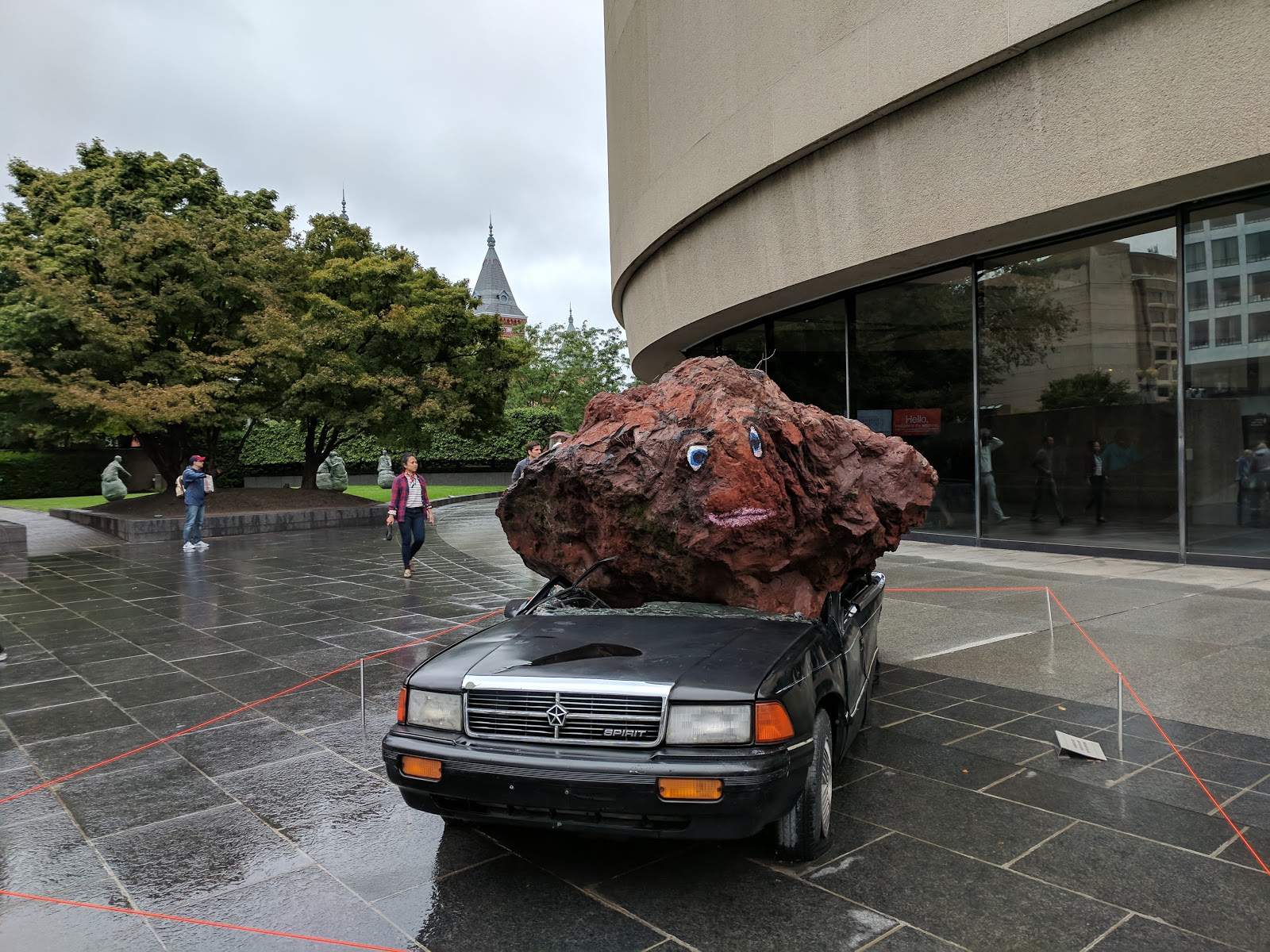 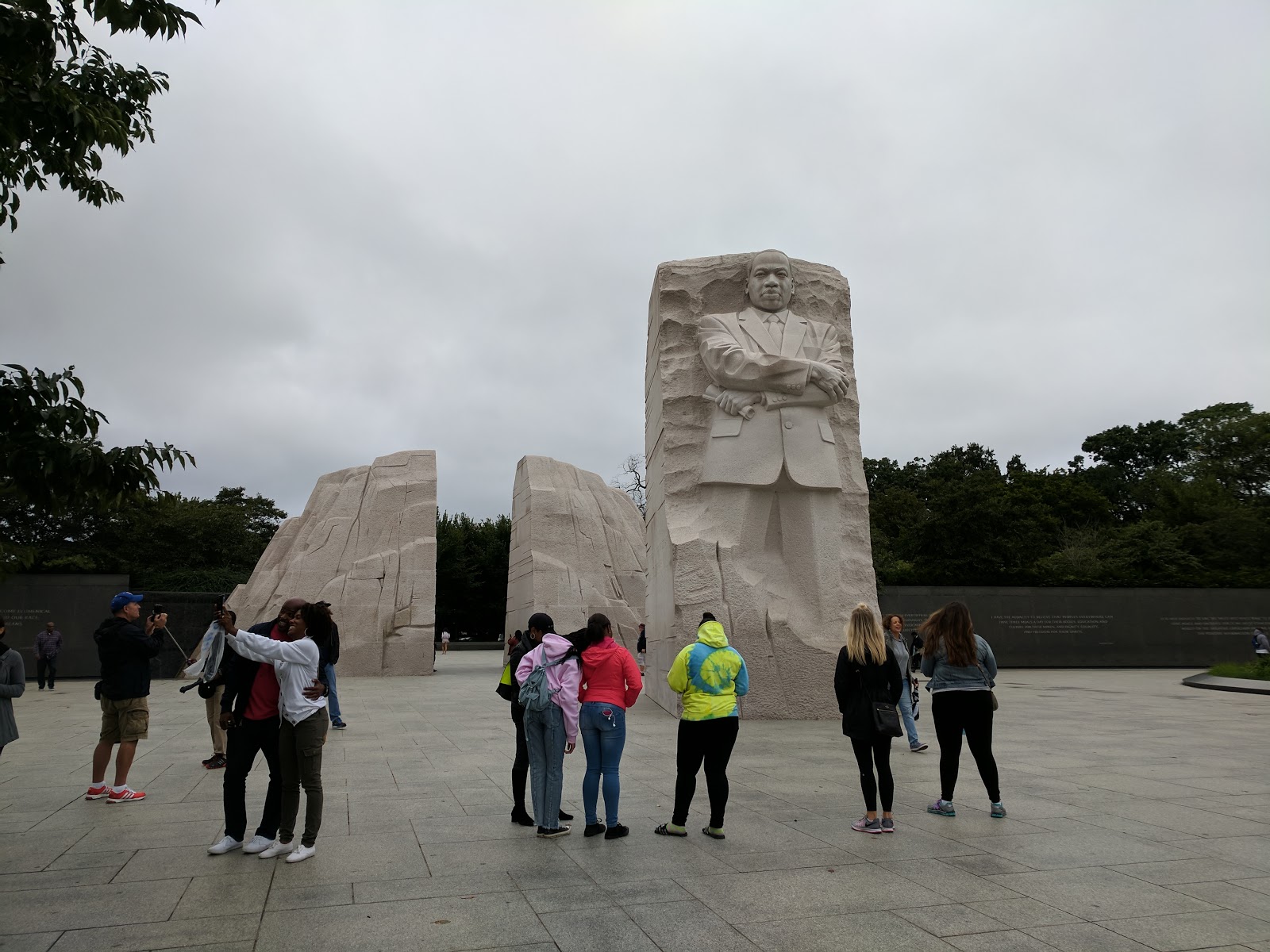 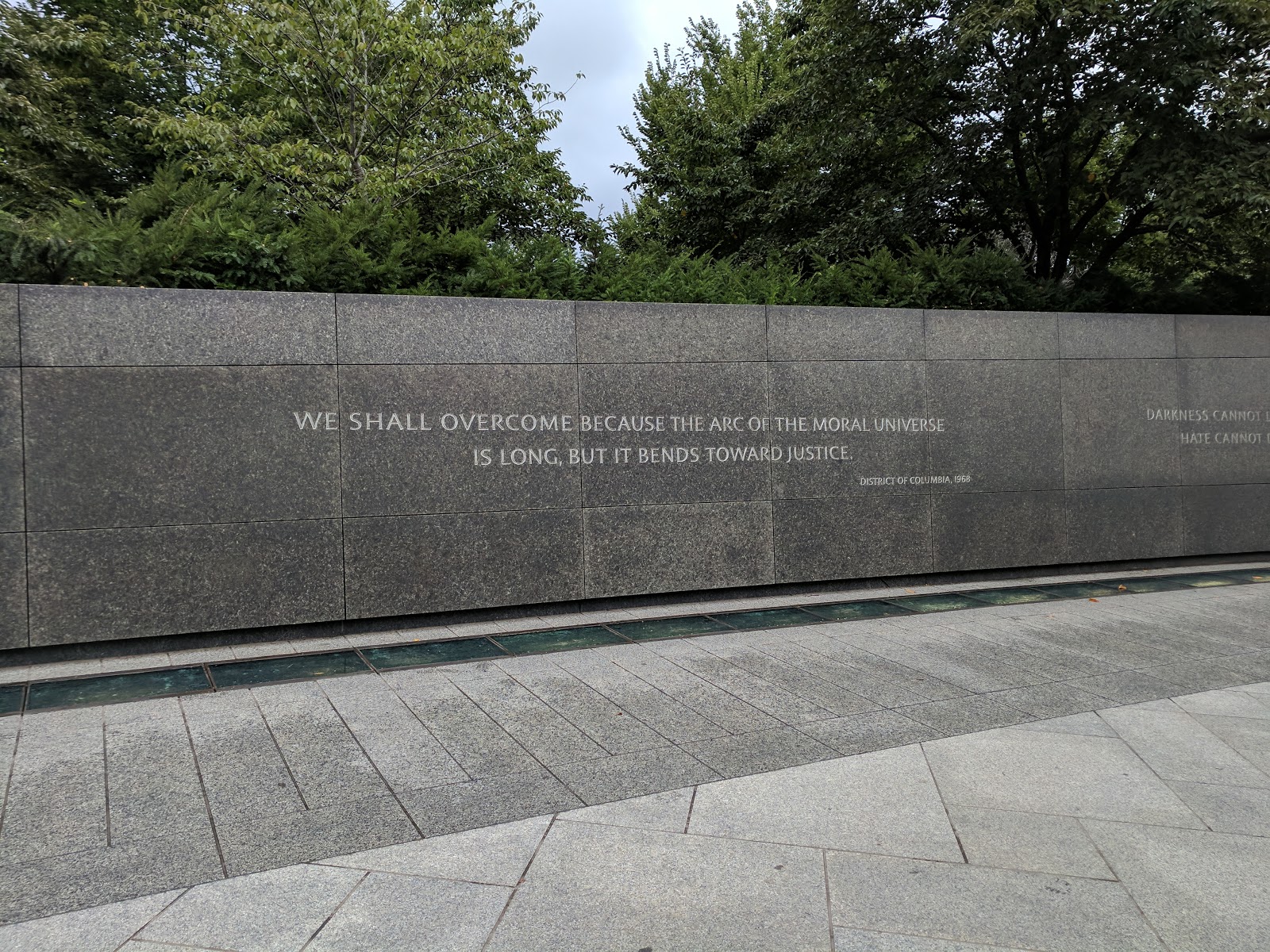 I want to go on record saying that I did try to go to the new National Museum of African American History and Culture, designed by British architect David Adjaye, which was top of my list of things to visit, but at the point where I was buying my plane tickets, I was already too late to get a ticket. So I had to settle for admiring it from afar. Hopefully next time I can visit! 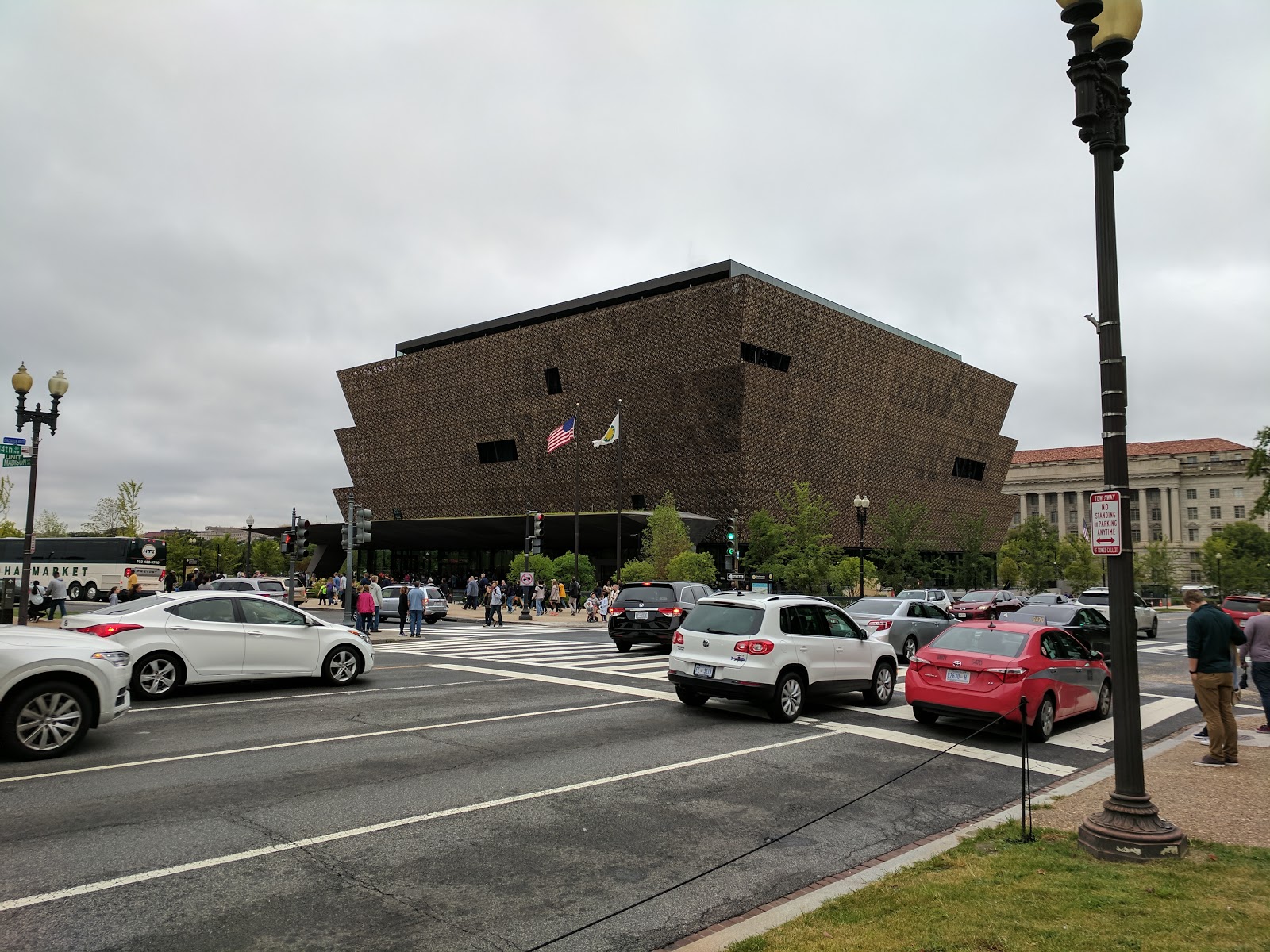 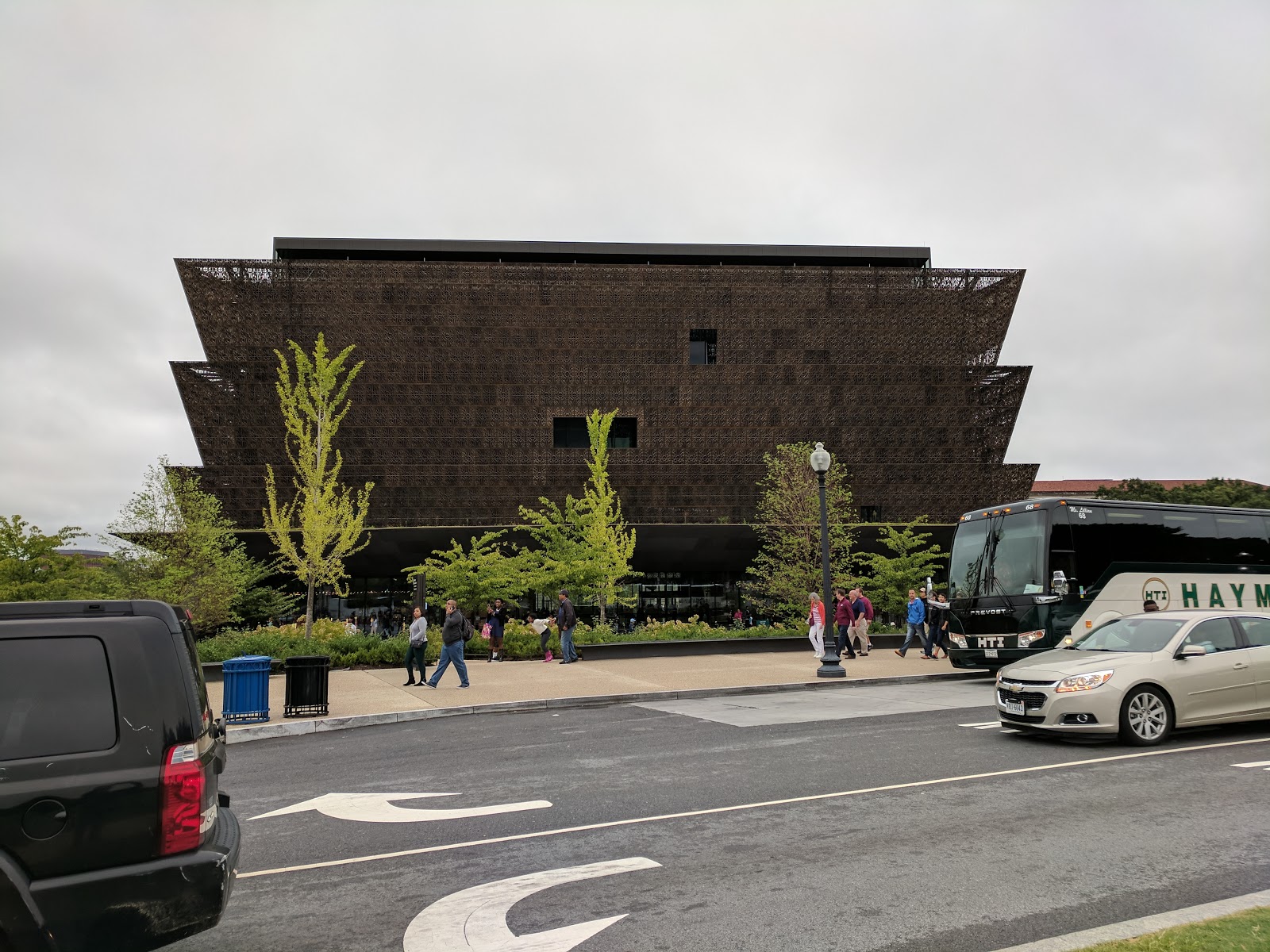 Day 3 we went to the National Arboretum, checked out the huge-in-quantity, not huge-in-size bonsai collection, and then visited the Kenilworth Aquatic Gardens. In the evening, I went to the wedding, which was lovely and a great time to catch up with friends.

The National Arboretum was nice, although the Modernist visitor’s center was drained of its surrounding pool and thus a bit bare. The bonsai collection is indeed extensive, with multiple plants over one hundred years old. It’s divided into several different stylistic pavilions - Japanese, Chinese, American, etc - each with different styles of plants. I do wish there had been some additional explanatory text to help me understand the different styles! 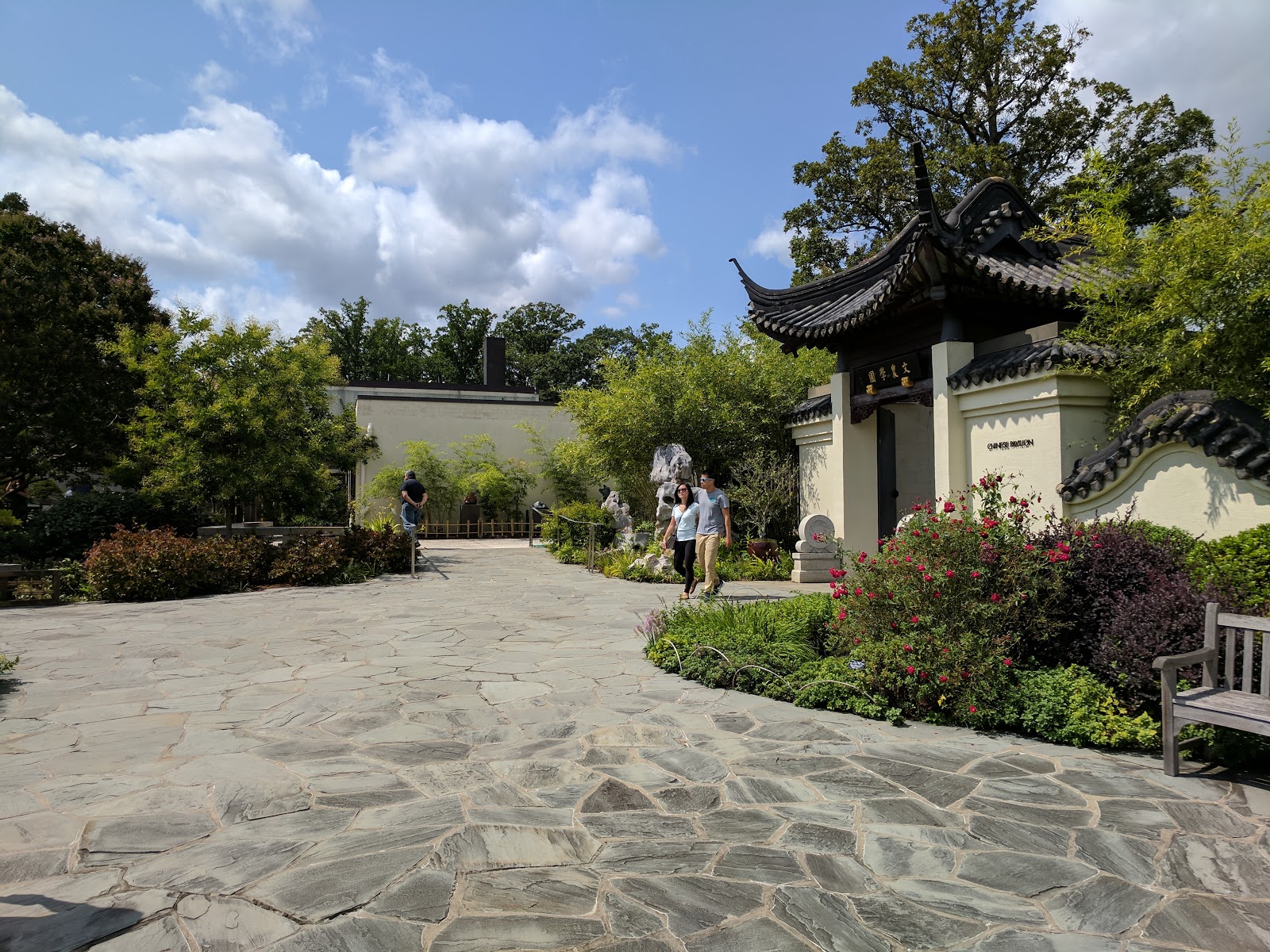 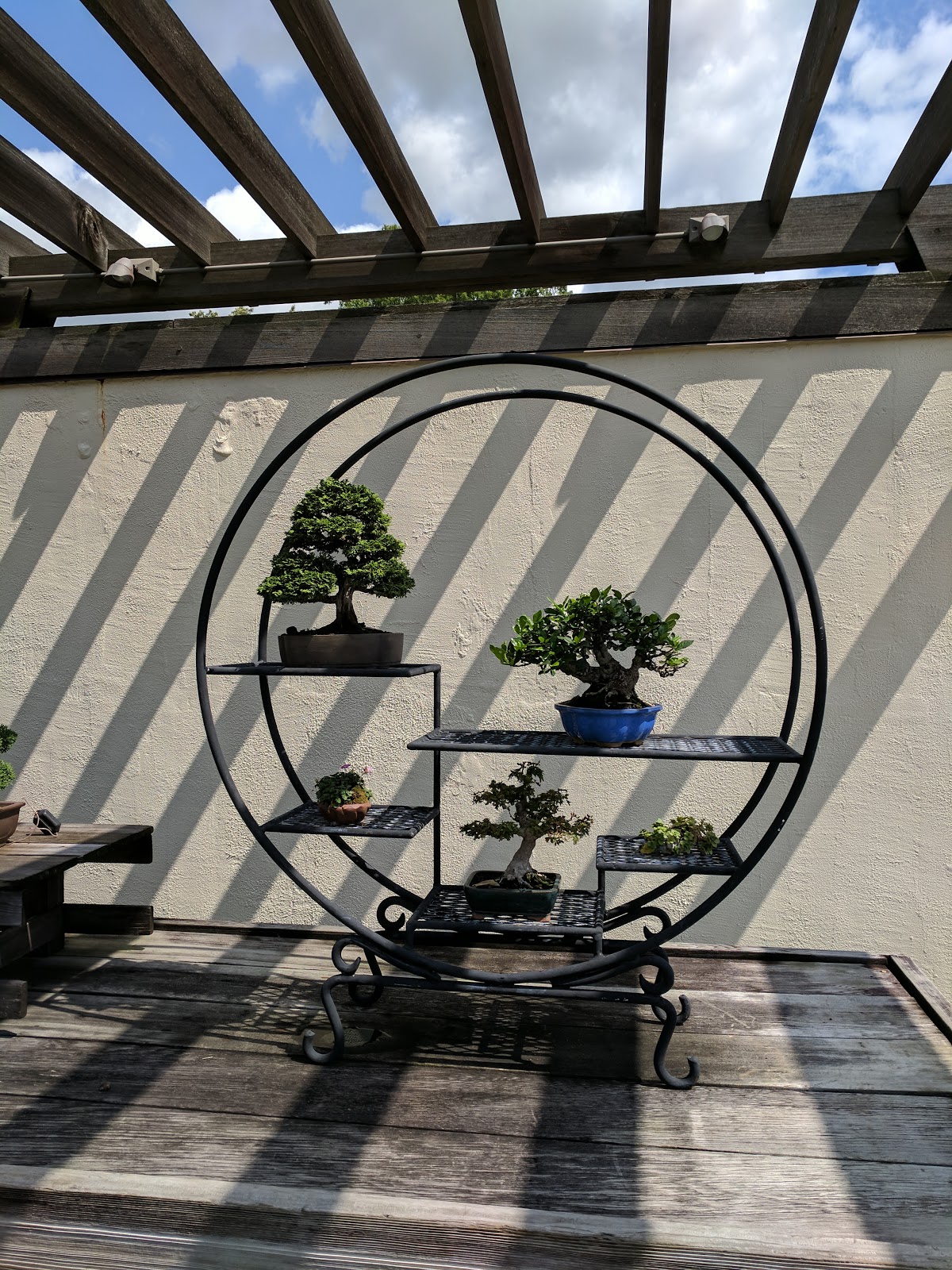 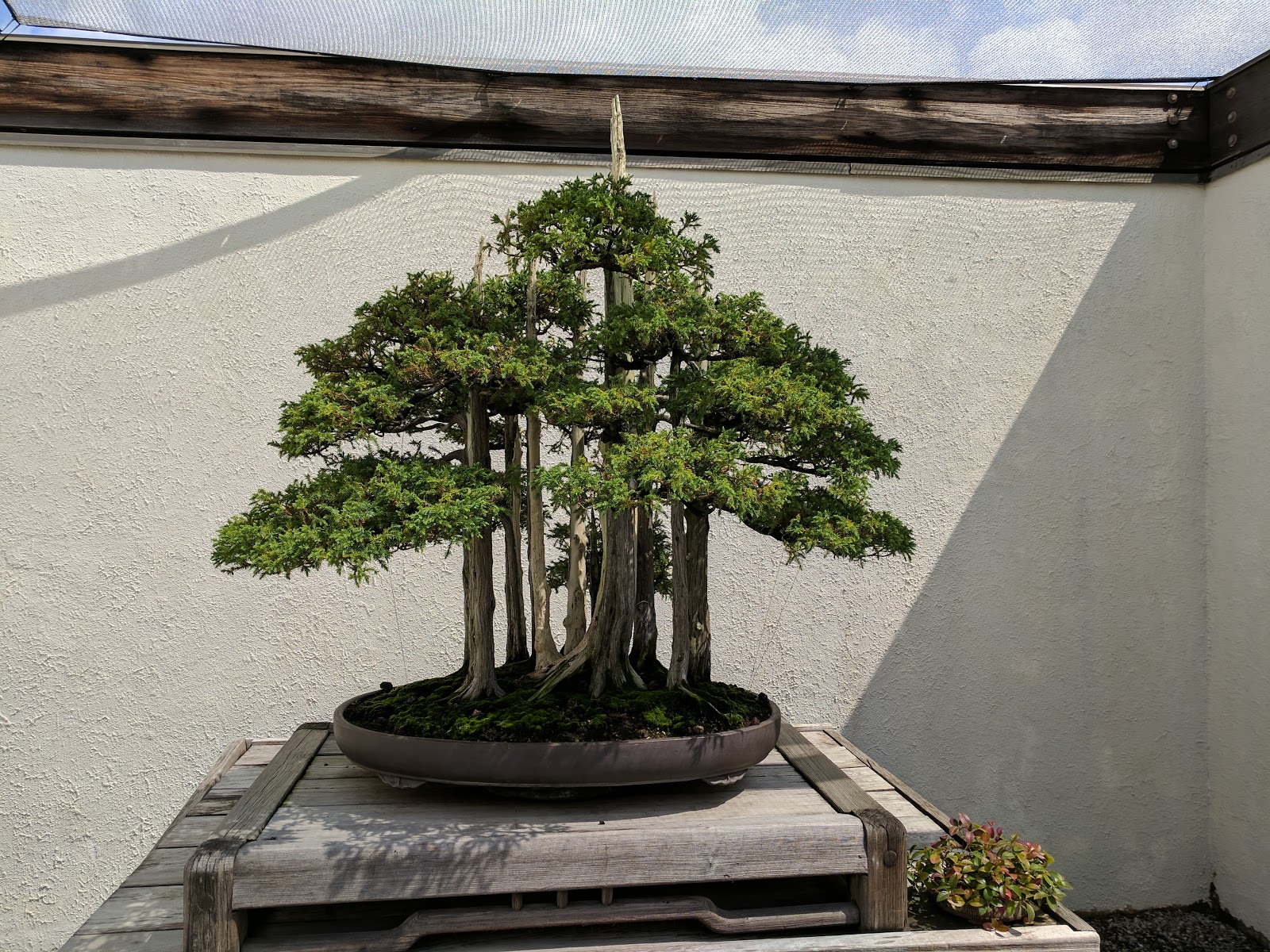 The Kenilworth Aquatic Gardens, on the other hand, was hot, muggy, and an endless sea of seemingly identical water lilies. Unless you’re really into water lilies, I wouldn’t recommend it.

Day 4 was my last day in DC, in which we got some breakfast at A Baked Joint, a trendy brunch place with delicious pastries and biscuits (I got oatmeal, a rosemary goat cheese biscuit and some kind of pastry that I can’t recall), and then a ride to the airport. Overall, it was a delightful weekend! Thank you to everyone who made it so fun!