I can’t believe that somehow the rest of the the year slipped away without any more posts… so I’ll just have to make up for it now!

By Day 3 of the second week, The Experiment was already over. Three more days of commuting and I was done. On that Wednesday, I took the train to San Jose, met my co-worker, took a Lyft to our site meeting, then Lyft back to the office. Then after work I went with another co-worker to an event in San Jose, then took the train back up to San Francisco. So I left the apartment at 7am to get on the train, and then got back at 10:45pm. It was grueling, and I was so tired that when I got home, I wrote a mostly incomprehensible post about how tired I was, that I will spare you from reading.

By Day 4 (Thursday) of the second week, J and I agreed that we were not moving to San Francisco. He had been sick most of the first week, so he wasn’t taking the train, which meant he started in earnest on the second week. By mid-week, he was already calling it quits. The good news was that it was easy for us to agree.

Pros to living in SF while working in Palo Alto / Mountain View: 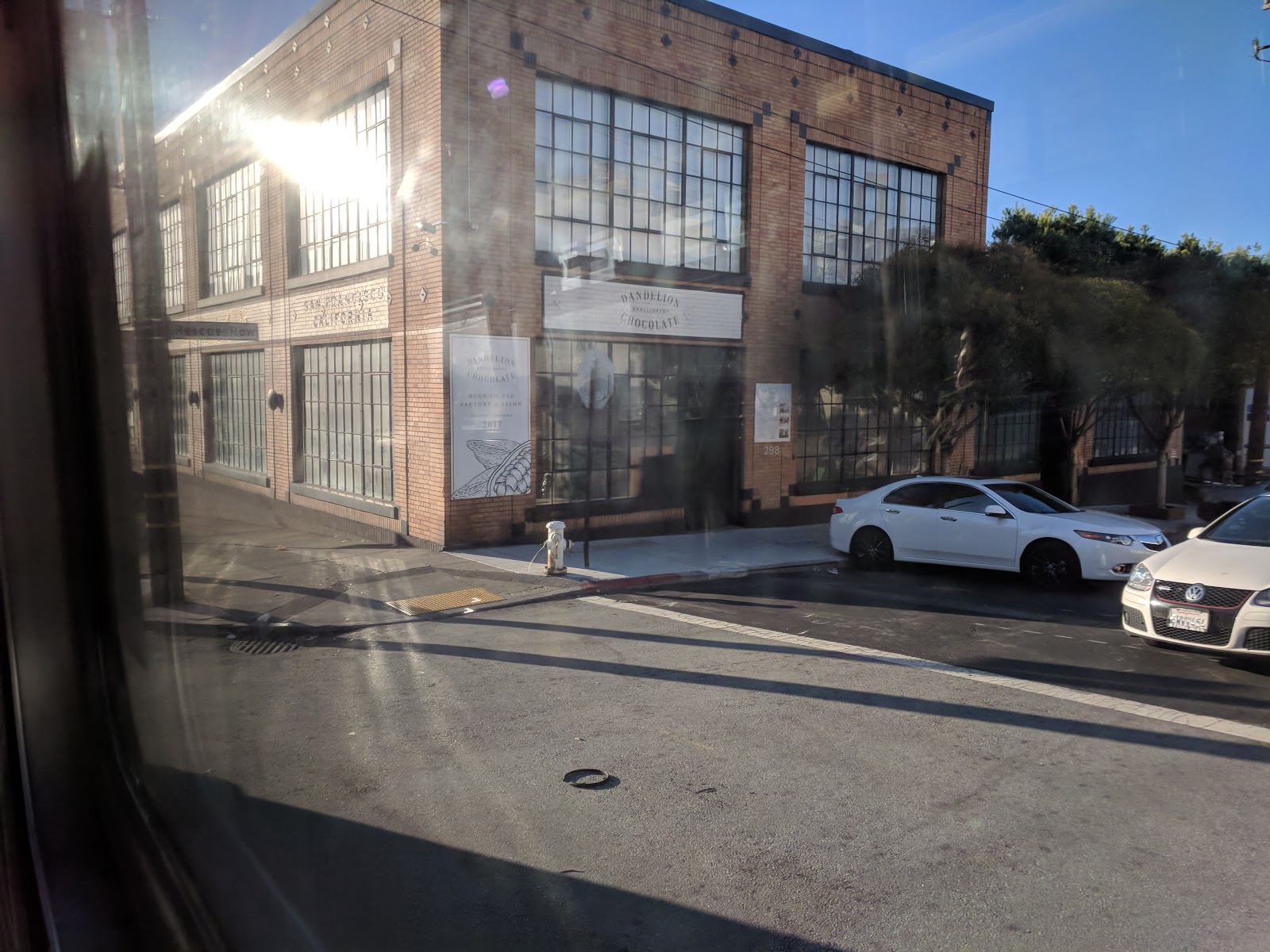 Just imagine me, sitting on public transit, imagining all the things I could be doing – like visiting this chocolate temple of deliciousness – if I wasn’t on public transit but was instead in the city, and that was pretty much my experience of The Experiment. Now, instead, I can sit at home in MV on my comfy sofa, and imagine it from here, which is much quieter, and thus, a better place for imagining. So I guess that’s better overall.