In graduate school, we took mandatory courses in “Building Technology” that covered structural and mechanical design, with some general information about other building systems thrown in. The focus was on understanding how to select appropriate systems, in general terms, so that we could work well in the future with engineers and other building professionals. Architects typically rely on structural engineers, MEP engineers, sometimes even building envelope consultants, and others, to complete the technical design parts of the project (produce structural calculations, fixture calculations, etc), but we are expected to understand this work well enough to properly advise our clients, ensure that the project meets all of its objectives, and is designed as a coordinated whole.

That said, I am not too surprised that we did not spend any time learning about building failures, except in a vague and anecdotal way. I think most architects are familiar with the famous Frank Lloyd Wright quotation, “The physician can bury his mistakes, but the architect can only advise his clients to plant vines.” Usually I hear this used in reference to aesthetics, when we don’t like the final look of the building (paint colors are so tricky…), but there are, of course, so many other ways that buildings can fail. Wright’s Fallingwater is a notorious example, where the cantilever terraces were seen to be failing immediately after construction, and continued to deflect (that is, slowly fall down) until the building was structurally reinforced in the early 2000s. In that case, it was an architectural mistake, where Wright himself directed the structural engineer to put in less steel than necessary. As it turns out, the engineers added more steel than Wright wanted over Wright’s objection, just not enough to support the terraces permanently. 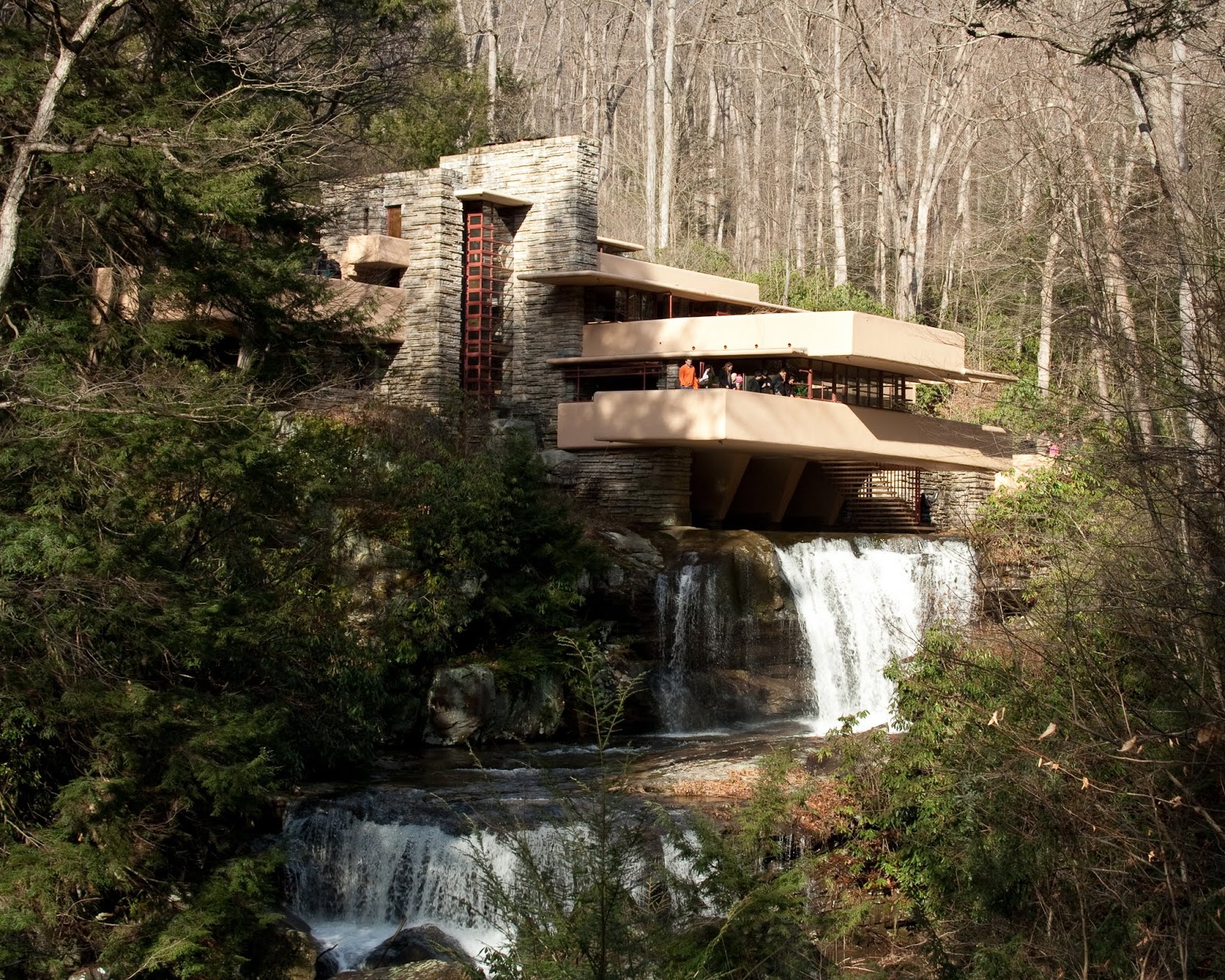 What I wish we had learned in school is not more anecdotes about Wright’s insistence that he knew better than an engineer, but more case studies in recent catastrophic building failures, since it is these types of failures that are truly disastrous, and that everyone in the construction industry wants to avoid. In the examples that I have read about, it’s not one man’s hubris that causes the problem, but usually a series of incorrect decisions - sometimes involving the architect directly, but not always - that leads to potentially dangerous situations. As the leaders of the design team, architects should be on the lookout for these issues in order to avoid them. To be clear, I don’t think these are common, and I think the processes currently in place for design and construction usually provide enough opportunities to correct mistakes before they are built, but I don’t think it could hurt to have some cautionary tales be more widely known. So here are three cases I have found interesting, and that I think have some implications for general practice.

In the construction of Citigroup Center (1977), engineering mistakes, plus contractor’s changes, together created a situation where moderate-speed winds would be sufficient to cause a skyscraper to fail. The tower has a unique design with off-set loads, which meant that running the typical engineering analysis for wind loads was not sufficient to determine the worst-case design conditions, which are what is needed to determine the required strength of the structural design. So the engineer did not design for adequate strength. This mistake was compounded by contractor’s changes, where lower-strength bolted connections were substituted for higher-strength welds. Further, the building had a tuned-mass damper, installed for occupant comfort (to decrease sway in high winds), but because of the inadequate building strength, this system was actually helping keep the building up; but because this system relies on power to function, in the event of a power outage, the damper would stop working and the building have would become vulnerable to structural failure even in low-speed winds.

In this case, the design team should have taken special care in the design and review of the structural system, because it was unusual; and should have provided better oversight to the proposed construction changes. In the end, the steel was remediated, and the building is now considered safe, but perhaps the worst part of this case is that the engineers hid this issue from the public, and it was only revealed in 1995.

For more on this near-disaster, and the undergraduate student who helped discover the design flaw in the 1970s, check out this 99% Invisible podcast.

In the case of the Hyatt Regency Kansas City (1978), engineering negligence again combined with inappropriate construction changes to create an engineering disaster, and in this case, it cost more than a hundred lives. The hotel lobby included two bridges, one hung above the other, that shared structural tie rods holding up the beams that supported them. In the original design, three sets of tie-rods held up three beams supporting the upper bridge; the tie rods passed through the beams and held them up with nuts on the underside of the beams. The tie rods then continued down to the lower bridge, and supported the lower bridge as well. This design meant that each bridge was supported from a separate set of beams and nuts, and only the tie rods took the full load of both bridges. As designed, this system was apparently inadequate and only supported 60% of the code-required load. To make matters worse, however, the contractor requested a change to the tie-rod design (for cost / ease of construction): they separated each two-story rod into two separate, offset one-story-long rods. This change meant that the upper rods now supported the beams of the upper bridge, as before, but then the lower rods were now hung from the beams of the upper bridge to support the lower bridge, instead of from the upper rods. In other words, the beams of the upper bridge were, in the revised design, taking the full load of both bridges, instead of the tie rods doing that job. Because the tie rods were discontinuous, the beam became part of the load path, a structural “shortcut” that reduced the structural capacity of the entire system to a mere 30% of the code-required load. Yikes.

Even worse - yes, there’s more - the beams holding the bridges were designed as box beams made of welded C-channels, welded with the joints at top and bottom of the beam, with the tie rods passing through these joints. Thus, the nuts that held the beams in place were putting pressure on the weakest part of the beams. During a party in 1981, three years after opening, with a large number of people standing on both bridges, the beams deformed, allowing the nuts to pass through the beams, and the two bridges collapsed.

This tragedy might have been prevented if the engineers had carefully studied the contractor’s proposed re-design, and realized that the structural load path had been substantially changed. But it would also have taken a dedicated city plan reviewer to notice that even the original design wasn’t up to code. As an architect, it reminds me that we all share responsibility for reviewing design and construction changes, and that each change is critical to review fully.

This one is close to home: the recently-fixed beams of the Transbay Transit Center (completed this year, 2019). While the final blame-assigning has only begun, Wired has described the extent of the structural failure and the fixes that have just been completed so that the center could open last month. Fortunately for all, maintenance workers discovered the failures before anything catastrophic could happen, but the investigation and fixes took the better part of a year. The workers found major cracks running through a girder (a large beam) that supported the sixty-foot spans of the transit center across a street. It turns out that the girder also had hangers attached to it, which supported the floor below, and installing this assembly of girders and hangers required cutting some access holes in the girder for welding. Apparently, the access holes for the girders in one location (but not for other girders in a different location that spanned the same distance) were cut before welding took place, which meant that micro-cracks in the steel, caused by cutting the access holes, were able to fracture into full-blown cracks by the heat of the subsequent welding. The other girder, which was welded first and then had the access holes cut afterward, did not experience the same cracking. The transit authority decided to strengthen all the girders anyway, by attaching huge steel plates top and bottom of the girders with bolts.

Based on my reading of the article, this sounds like another miscommunication issue. Probably a sub-contractor needed to change the agreed-upon construction sequence due to scheduling pressure, and then either didn’t consult the design team and other contractors, or did, but the necessary thought wasn’t given to the impact of this change. In any case, the cutting and welding was done out of sequence, and resulted in cracks that could have caused the girder to fail entirely.

So here again, I suspect that faulty or insufficient construction oversight was to blame, either on the part of the engineer, contractor, or fabricator. All parties need to take adequate time to review changes during construction. Schedule pressure should not be used as an excuse for failing to complete a thorough review.

Now that I know about a few of these problems, I’m planning to read more case studies in construction and engineering failures. What other engineering disasters should be common knowledge within the profession? Let me know!